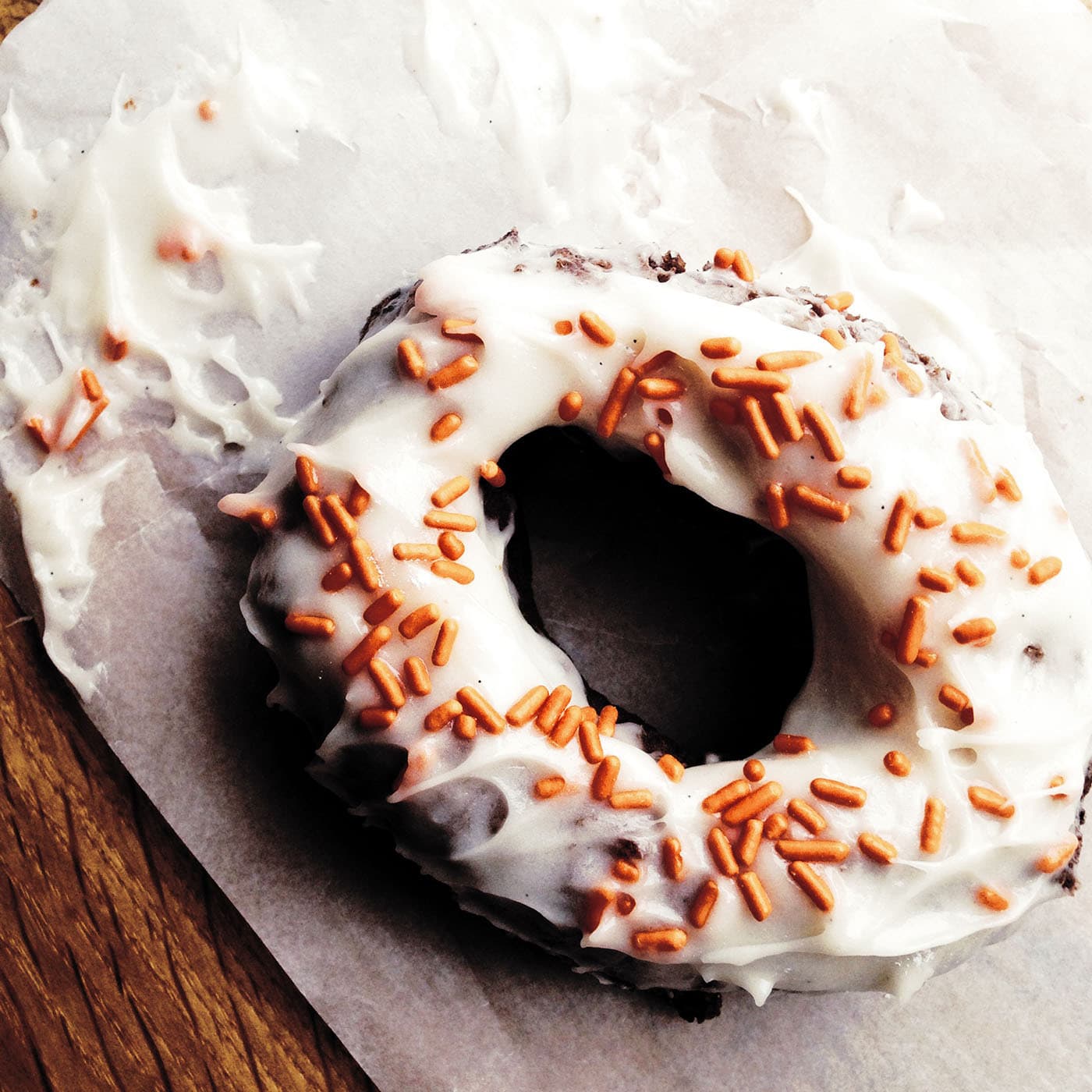 Home » Blog » food » The best things I ate this month.

The best things I ate this month.

If you haven’t noticed: I like to eat. I pretty much live for my next meal. And, yes, yes I am one of those girls who refuses to start eating (or let anyone touch communal food) until I have properly instagrammed it. I hope that doesn’t turn you off from dining with me. Or from following me on instagram. Because I totally need more people to dine with. And to follow me on Instagram. So you should totally do both.

I’m trying to make it a goal this year to finally go out and eat at all the places in Chicago that I’ve always wanted to eat. You know, instead of just ordering Thai food from that place that isn’t amazing but is close 10 times a month. And I assume you want to know about everything I eat. Because, come on, who wouldn’t?

So in the spirit of forcing myself out into the Chicago dining scene, here are some of the best things I ate this January. 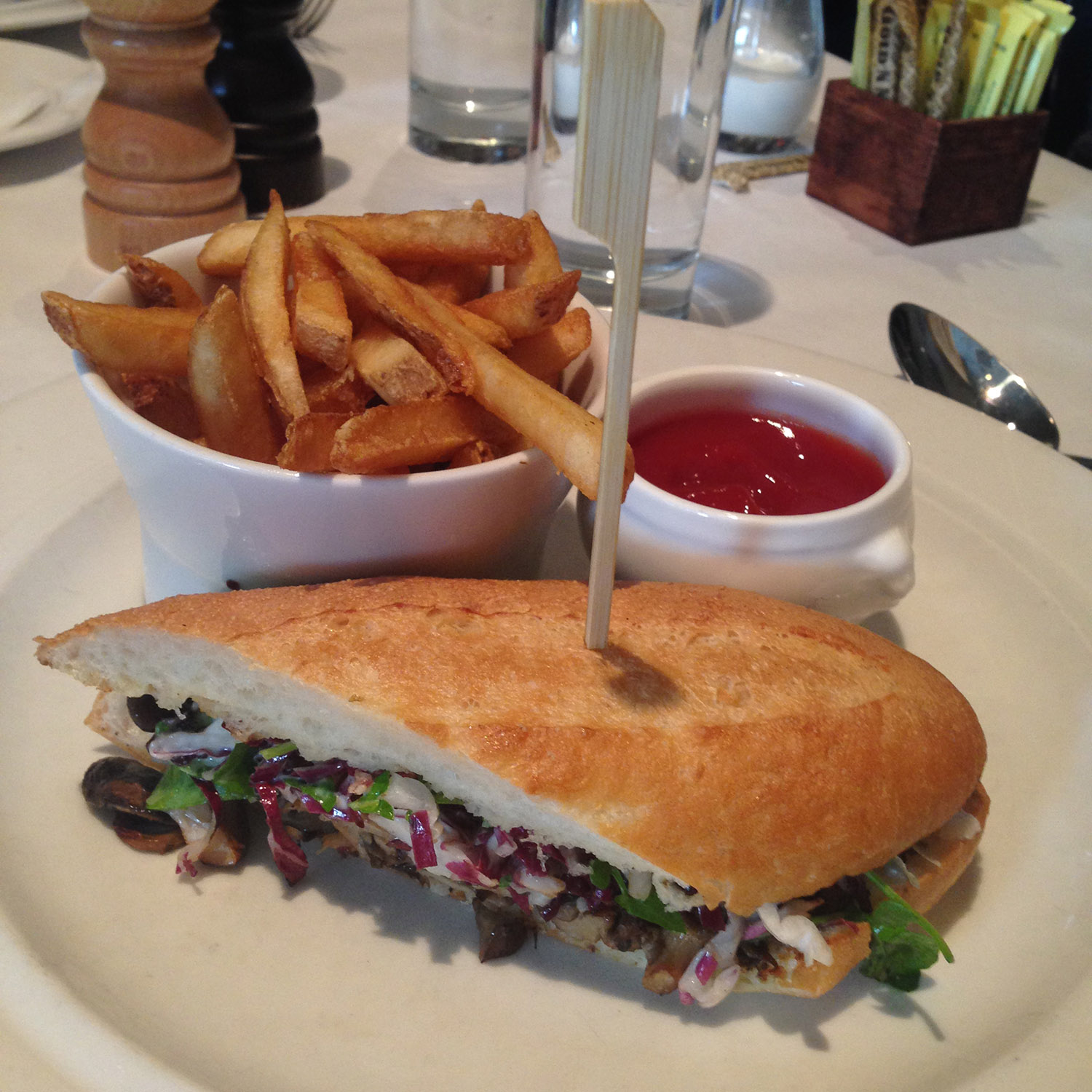 The Gage
Roasted woodland mushroom sandwich with watercress, radicchio, pecorino, and truffle aioli. I had this as a lunch combo with a soup that was a bit too thin…squash maybe, parsnip? I don’t remember. It wasn’t that great, I guess, and they almost forgot to bring it to me. But the mushroom sandwich was delicious. I could go vegetarian for mushroom sandwiches. 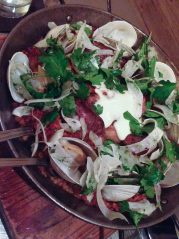 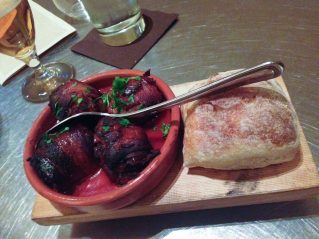 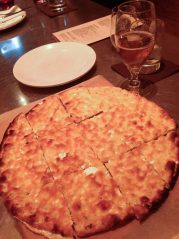 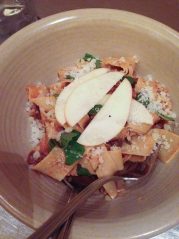 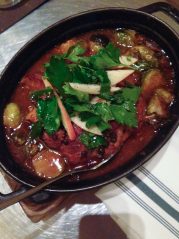 slow roasted pork shoulder with vadouvan spiced lentils, roasted brussels sprouts and apples
Avec
I had never been to Avec. My friend Alyssa couldn’t believe it and I had to remind her that most of the time I lived in Chicago her and all my other friends were poor and jobless. And so I never went out to eat because I had no one to go out to eat with. We remedied that one night when a friend of hers was visiting and we were trying to figure out where to eat. But now I’m not sure I ever want to eat anywhere else. We may have over ordered, just a bit, for three of us. We had the lamb bolognese with perfectly greasy noodles, the wood oven paella with confit chicken and snail boudin and clams, we had the slow roasted pork shoulder that fell apart so tenderly on my fork, we had the focaccia stuffed with mild soft cheeses, and the chorizo-stuffed medjool dates that were tasty and sweet despite being a bit too stuffed for my liking. And we shared a bottle of wine (between just me and Alyssa, her friend had beer). And so, afterwards, I may have promptly taken a train home to fall asleep by ten. Don’t go to Avec if you want to be coherent afterwards. 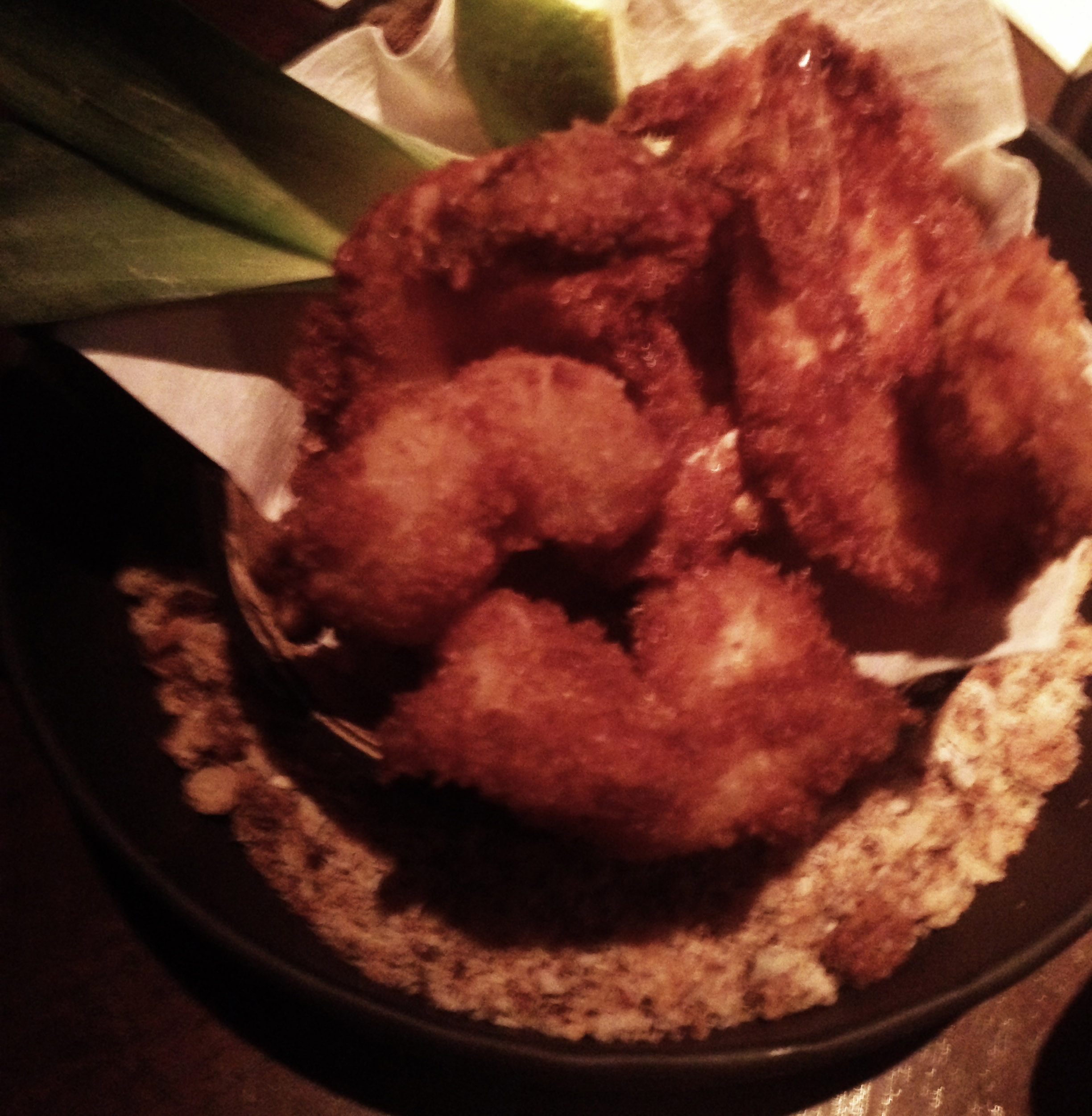 Three Dots and a Dash
I ended up going to Three Dots and a Dash twice this month. I had been planning on going for my birthday for months because I had never been. But then the week before some coworkers decided to go after work and invited me along. How could I say no? The sweet or sour tiki-themed cocktails in fun tiki-shaped glasses are definitely the reason to go. But it was worth getting a few appetizers. We shared the coconut shrimp, the crab rangoon (which was much more crabby than the typical fast food Chinese variety), and spring rolls. All were good, though the small portions left us ravishing… 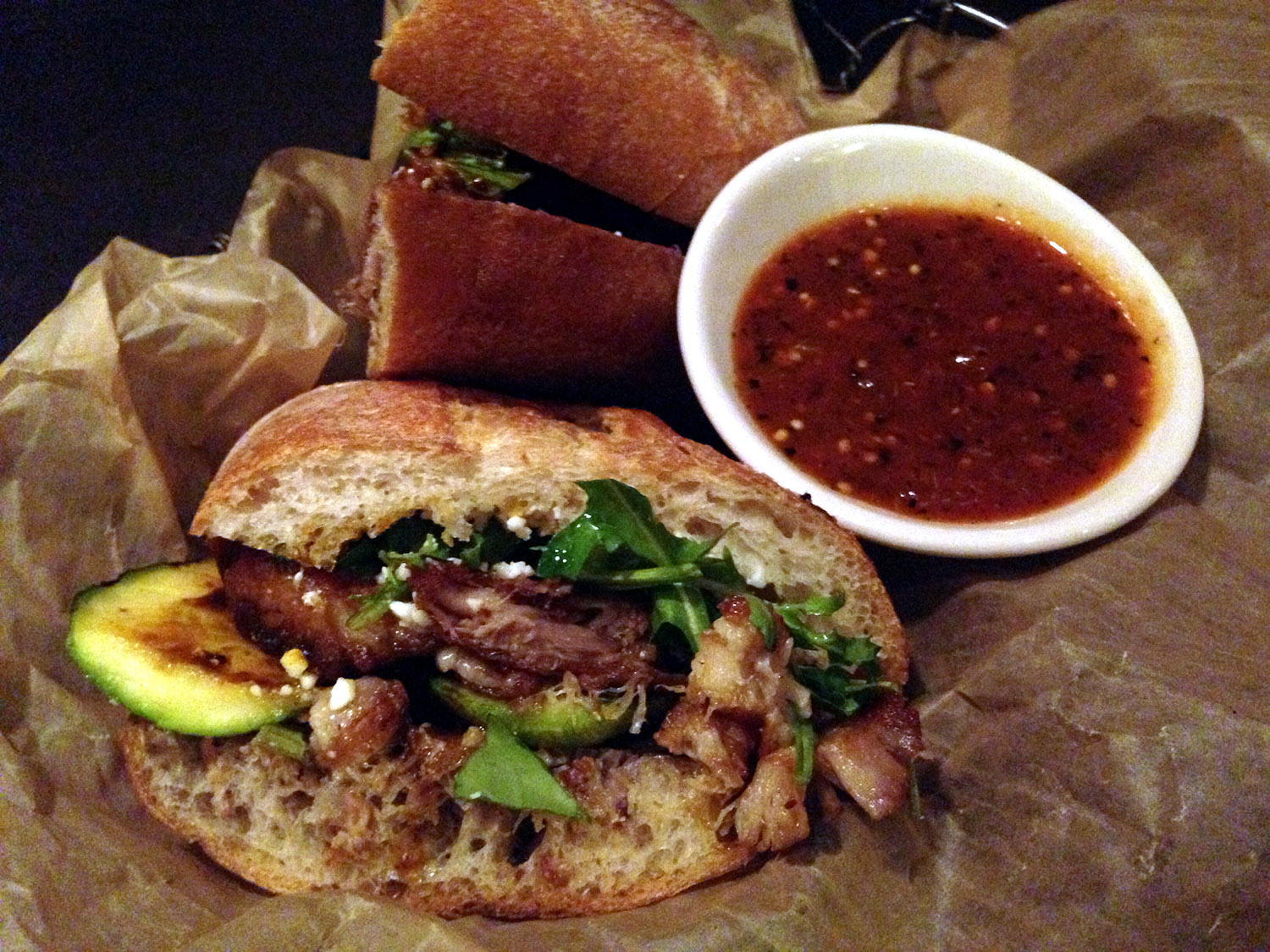 XOCO
And so, after drinking a few too many cocktails, we turned the corner to get a late bite at XOCO, Rick Bayless’s Mexican torta shop. It was hard to decide what to get but I settled on Wednesday’s special: pork belly torta. Because if there are any two words that go better together than pork belly, I don’t know what they are. 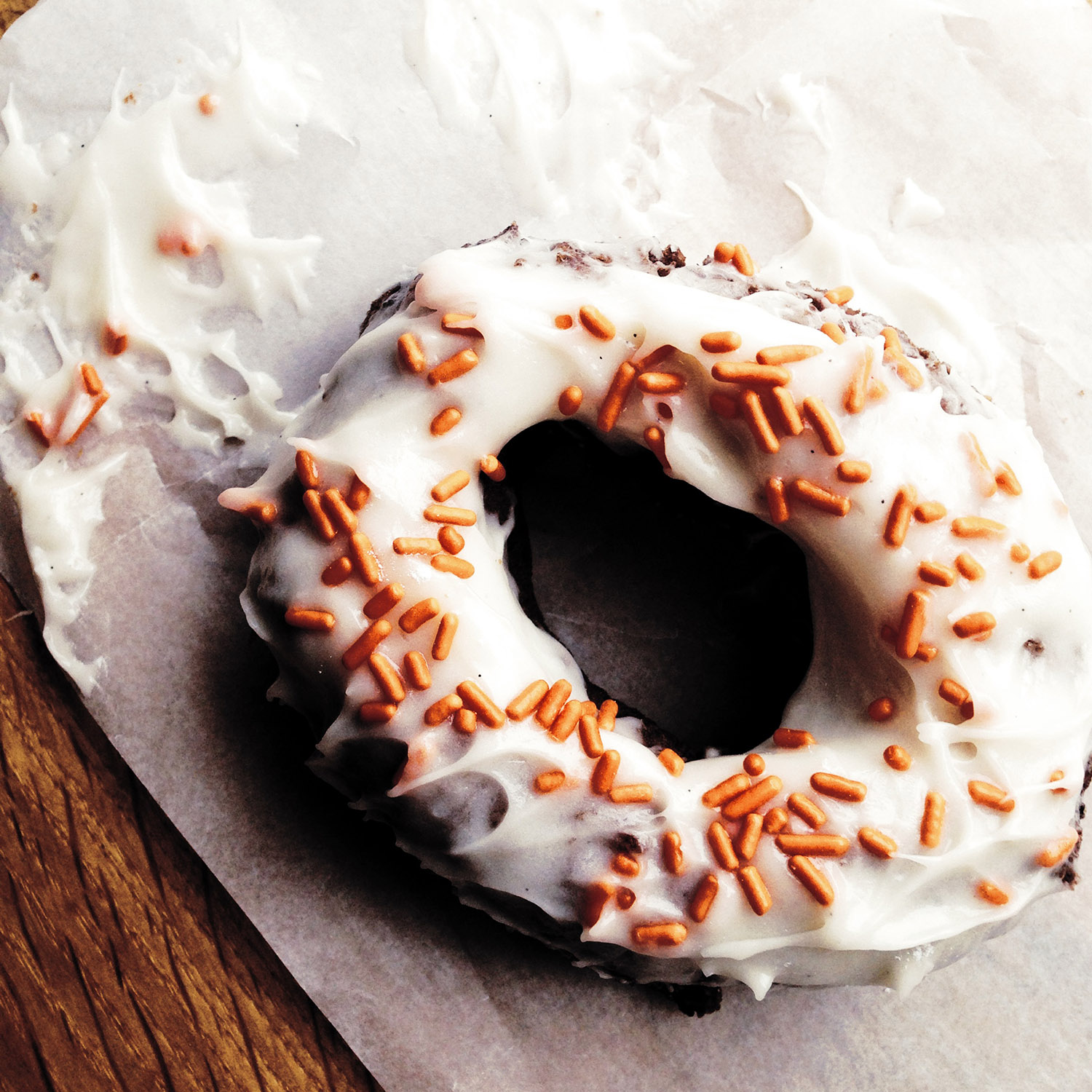 Stan’s Donuts
Stan’s Doughnut opened under the blue line station in Wicker Park while I was away. It was one of those things where I came back from traveling and noticed it’s presence then glanced across the street and thought, “Wait, did a doughnut shop just open across the street from another doughnut shop?”

Yes, yes it did. Doughnuts apparently became the new things while I was gone. But if that means I can get a warm, cakey, carrot cake doughnut topped with sticky cream cheese frosting, I’m OK with that trend. 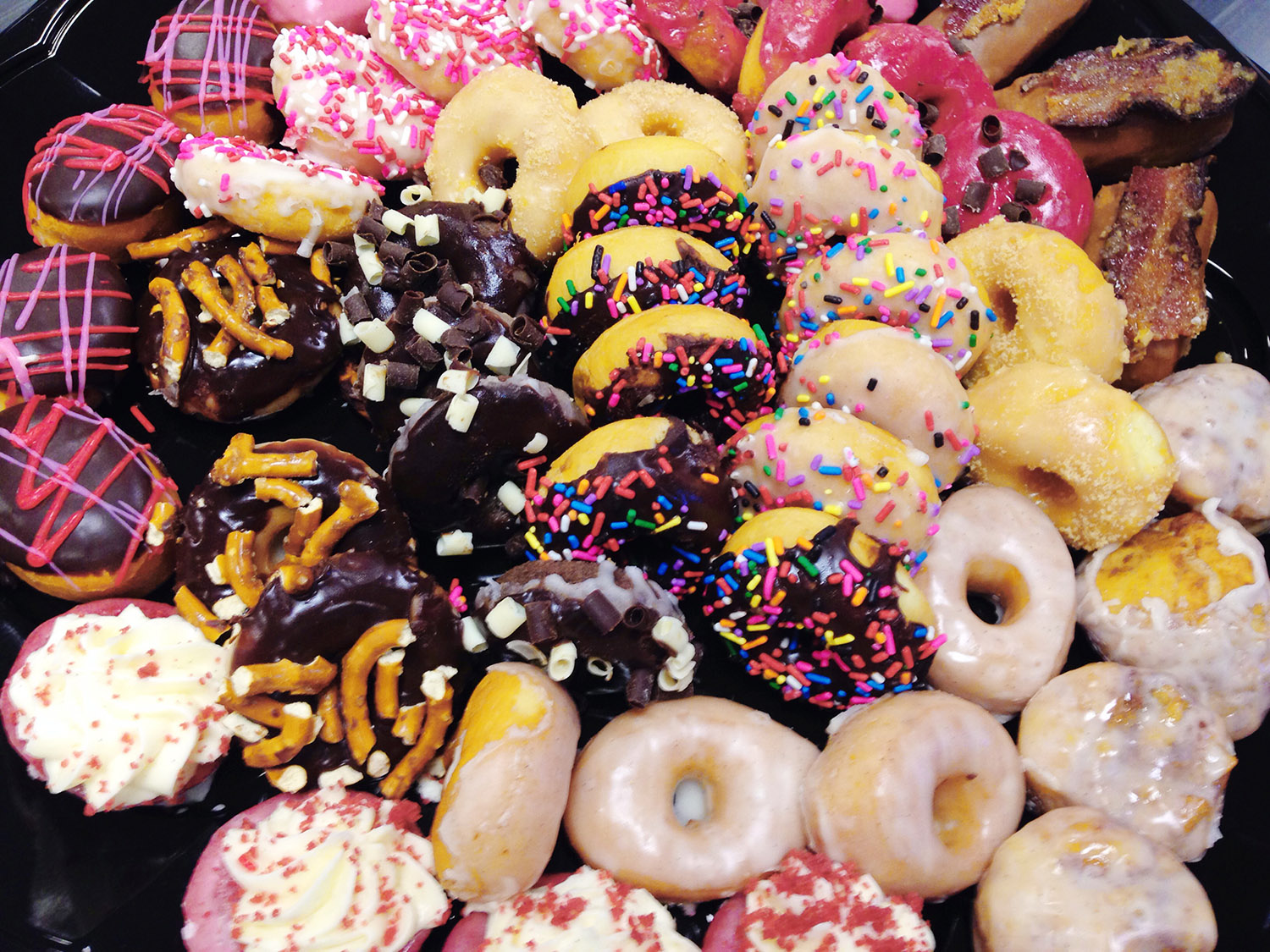 Glazed & Infused
Speaking of doughnuts. I had this post all ready to go and then my co-worker had to go and bring in a platter of mini-doughnuts from Glazed & Infused for my boss’s birthday. It was almost impossible to choose which ones to go with, but I had a red velvet that had way too much frosting. And by that I mean just enough frosting. And I had the maple bacon. Because, bacon. 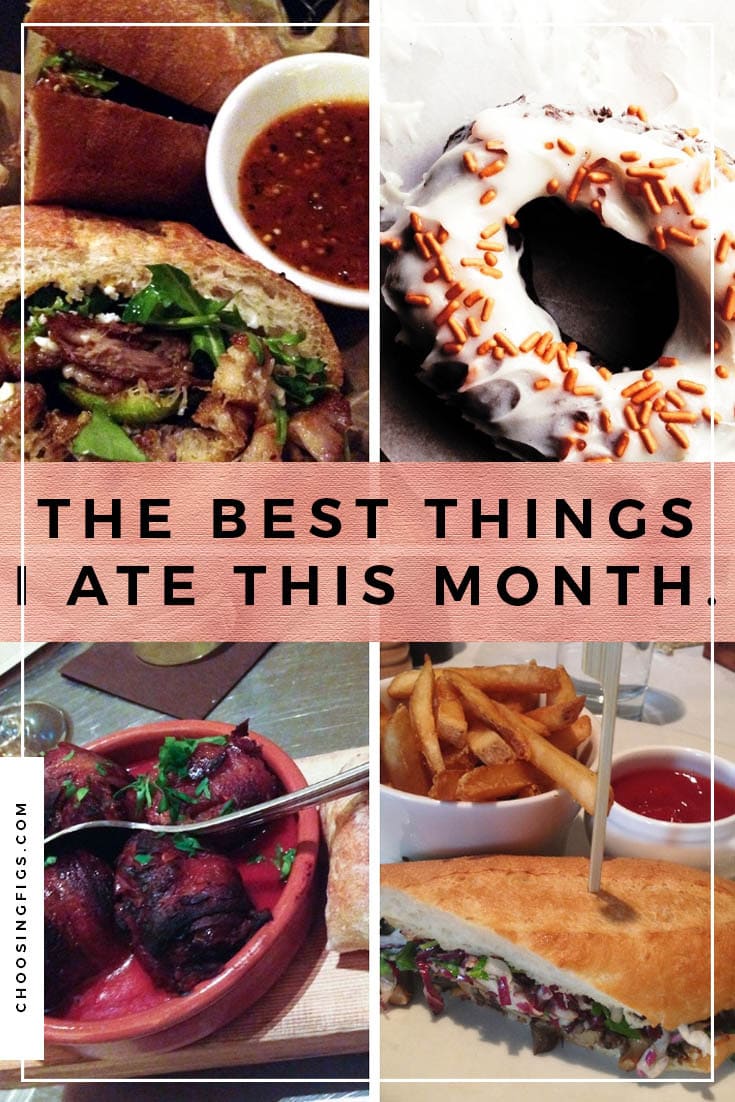 What's the best thing you ate this month?

34 Things I Love About Me