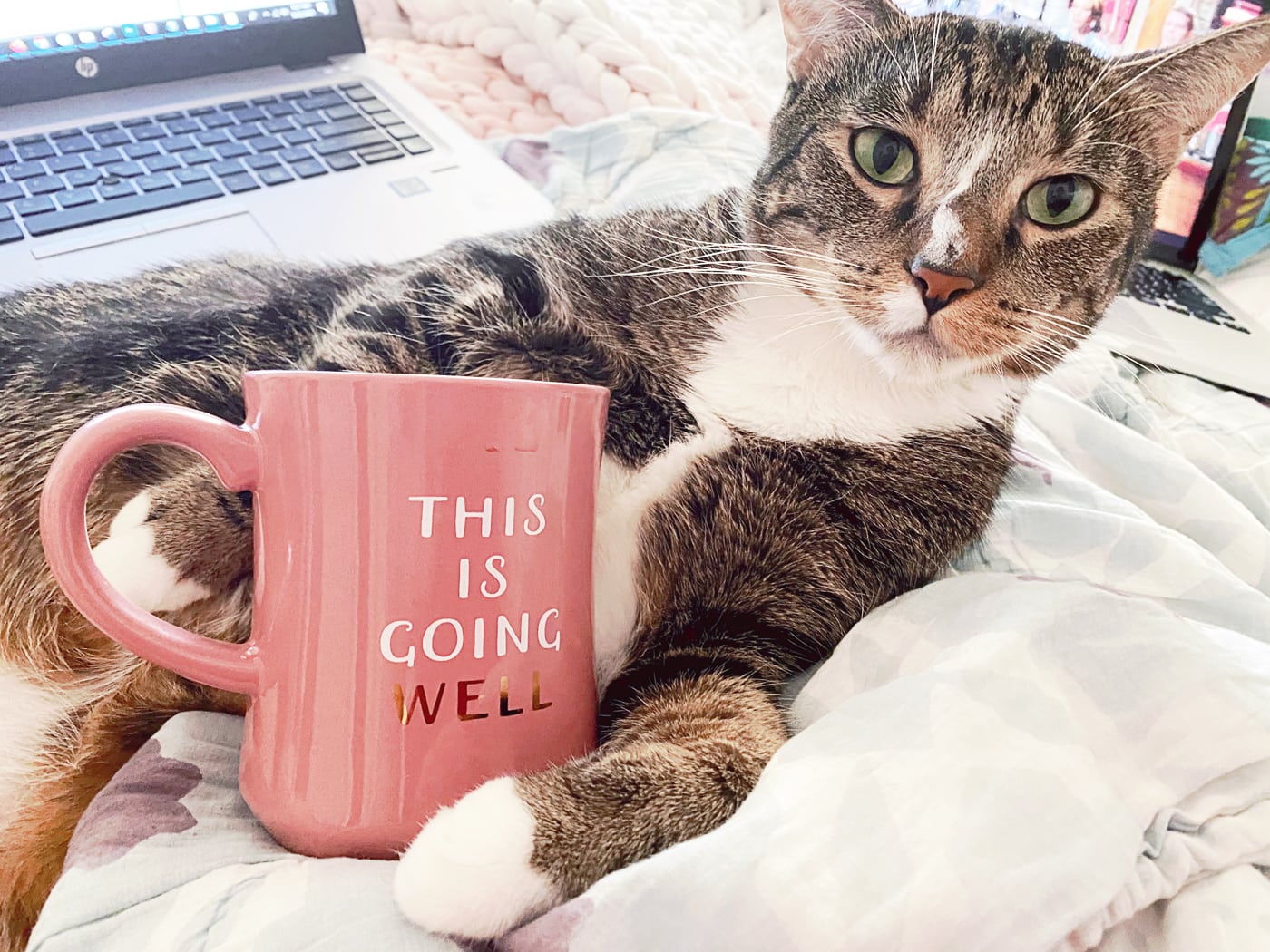 When I last sat down to try to write something here I was sitting on my cat-scratched couch, looking out my living room window at the glowing siren-sign of the shut-down Starbucks across the street. Usually when my brain is spinning and I need to sort through all my complicated thoughts I’ll take my MacBook, trudge across that street, order a hot cocoa with whipped cream and a chocolate drizzle, sit down at a table for two, and write.

That was six months ago, a few weeks into the pandemic. Back when we thought that this pandemic would only last a few weeks, be a blip on our timeline, be over before summer hit. 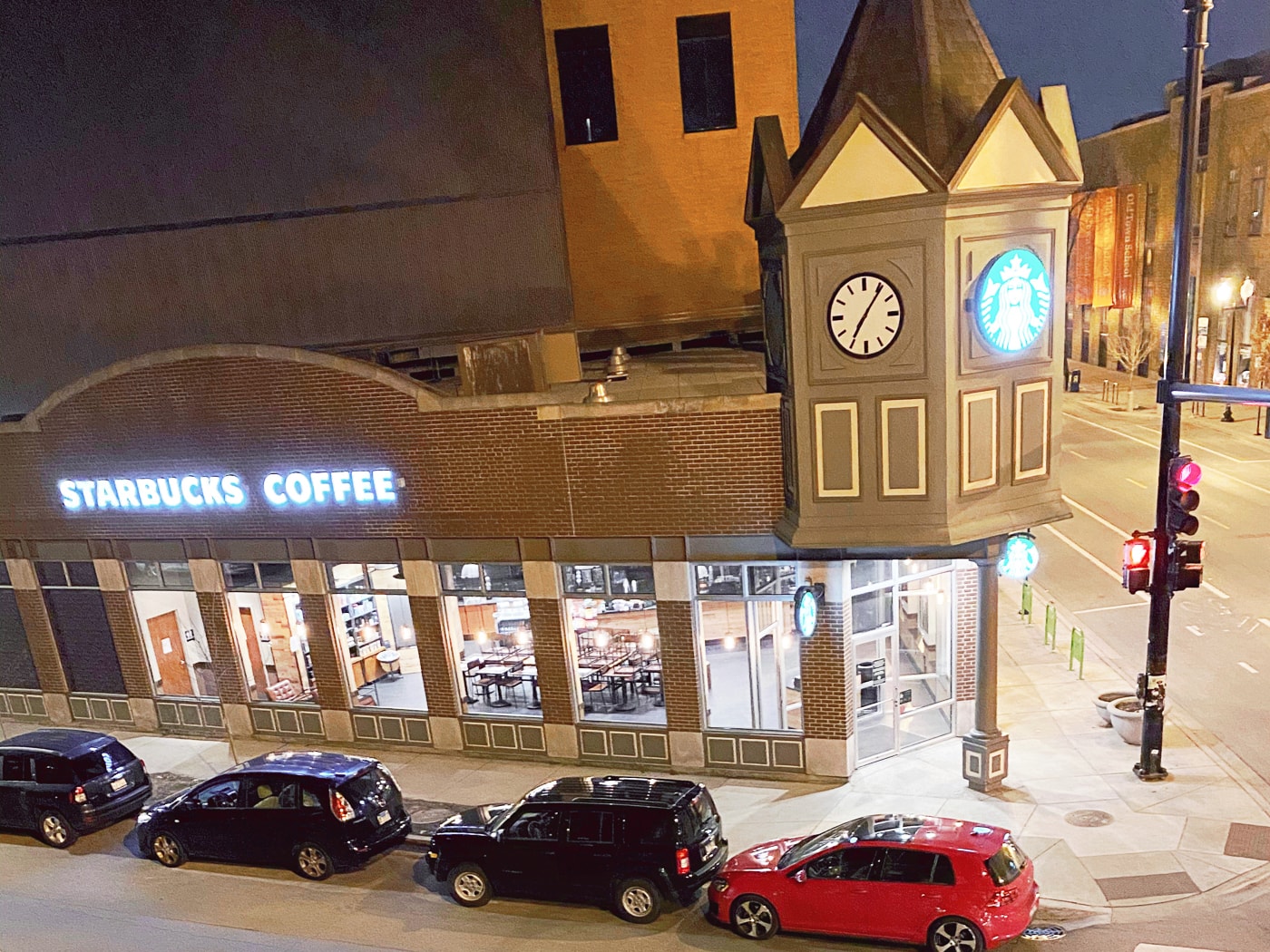 My apartment overlooks a Starbucks. So close yet so far away.

In those seven months the Starbucks remained closed for some time then opened up for mobile orders that they brought outside to a table with gloved hands and then, finally, opened up again inside, but only for orders to take away. The chairs are flipped backwards and pushed against the wall, the tables have signs forbidding people to sit, the masked baristas stand behind plexiglass dividers.

And OK, so Starbucks closing and kind of opening is far from being the biggest change. But it is part of why I haven’t written here. Because I am here. Here in my one-bedroom apartment. A place I have barely left in nearly seven months. I don’t have that space to disconnect, to focus, to write.

But also my thoughts have been too massive to sort through. And any therapy I usually get from writing wasn’t going to scratch this surface. And I was tired. And worn out. And had little energy. And there were cats. And there was Netflix. And there was a bed. And every time I thought about writing, the world changed again. And my draft went back to square one.

I had no motivation to log in here and write. All I had were cats and Netflix and all these thoughts to distract me. Or weigh me down. Or whatever. 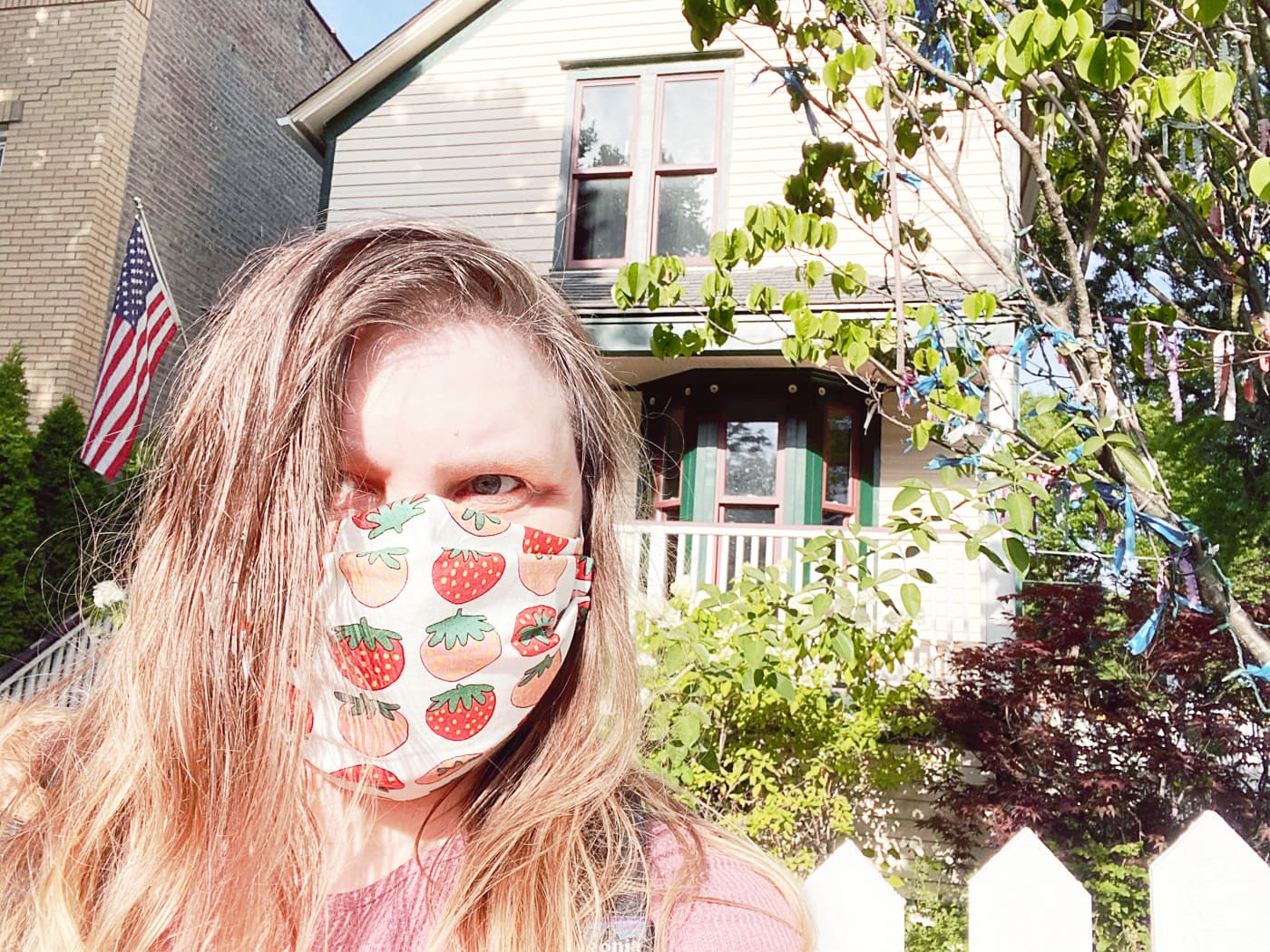 Over the last seven months the world has been ravaged by coronavirus. Especially here in the US where a completely unfit administration is doing everything in its power to make everything worse.

My work shut down. I started working from home full time. Luckily the perk of working in digital marketing is that even though the opera company you work may never be able to open its 3,000-seat theater again, they still, at least for the time being, need a website. But we had to cancel a lot of very big things. And some of my friends weren’t as lucky as I was. 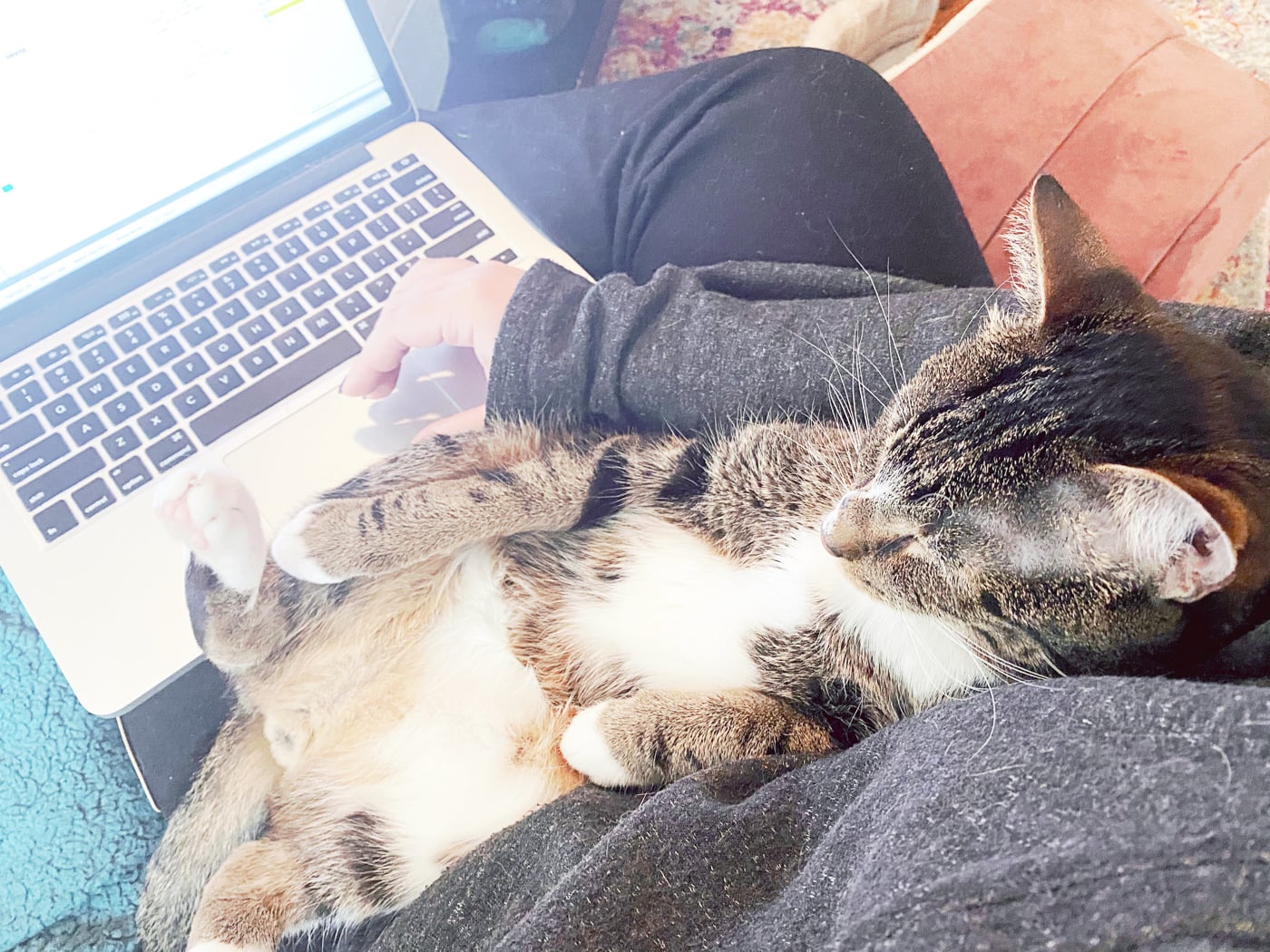 Ford is really enjoying my work from home life.

I spent most of my summer on one specific spot on my couch, right in front of the air conditioner, the only spot in my hell-on-earth apartment that wasn’t dripping in humidity and heat. I worked there. I ate there. I watched TV there. I slept there. I lived on that one couch cushion and it now has a permanent dent. 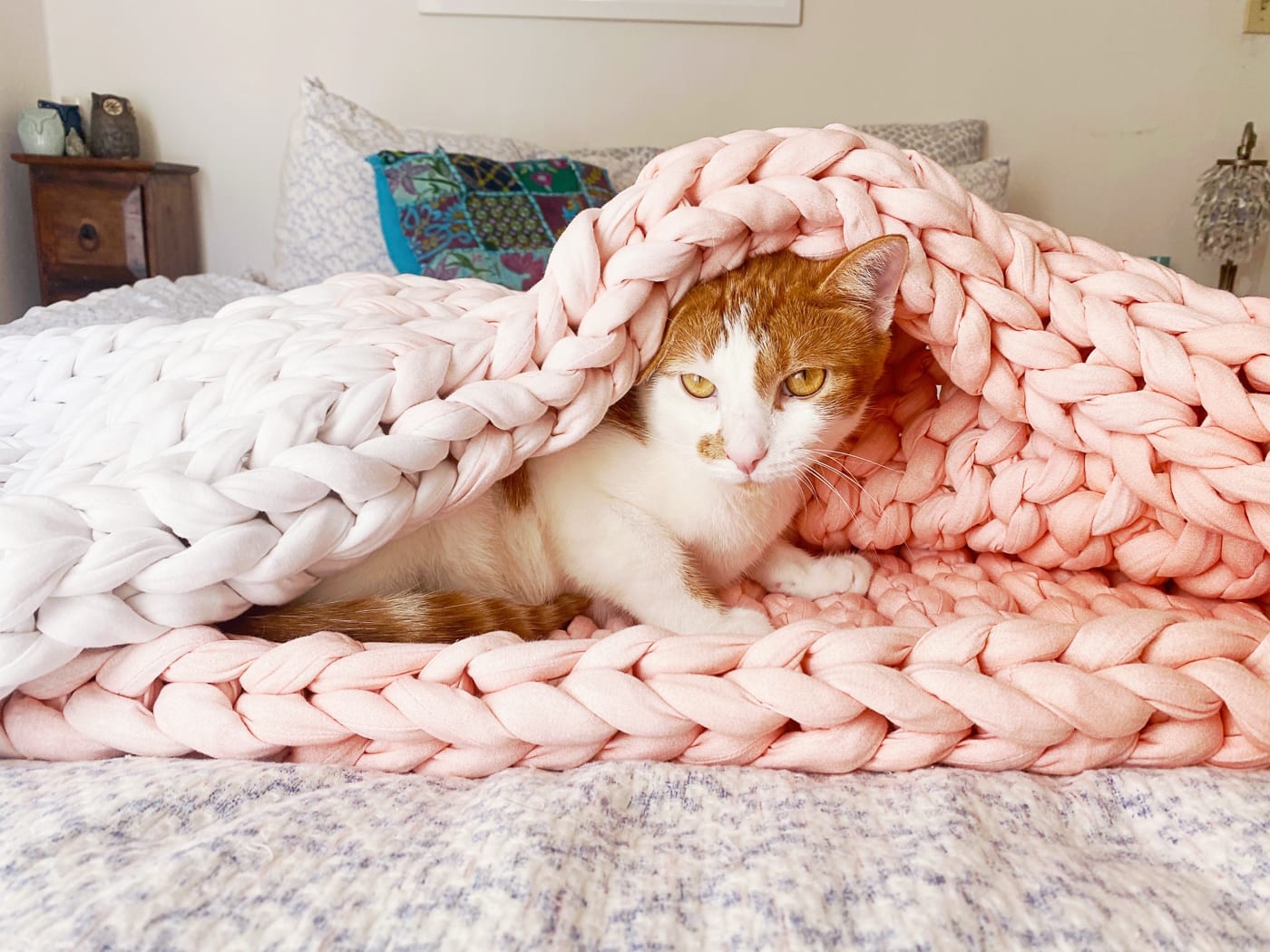 I bought a weighted blanket because they are supposed to be good for anxiety but my cats haven’t let me use it yet.

The world was shaken with the murders of George Floyd, Breonna Taylor, Ahmaud Arbery. And Black Lives Matter protests sprung up around the nation.

A good friend died of cancer.

The only human interaction I’ve had in the last seven months that wasn’t with a grocery store checker behind a plexiglass shield was at his wake, in a room full of masked-up, six-feet apart friends who I hadn’t seen in a long while before the pandemic even started. The only hug I’ve had was with his wife, my best friend, who I couldn’t be there for like I wish I could have.

I’ve hugged my cats a lot.