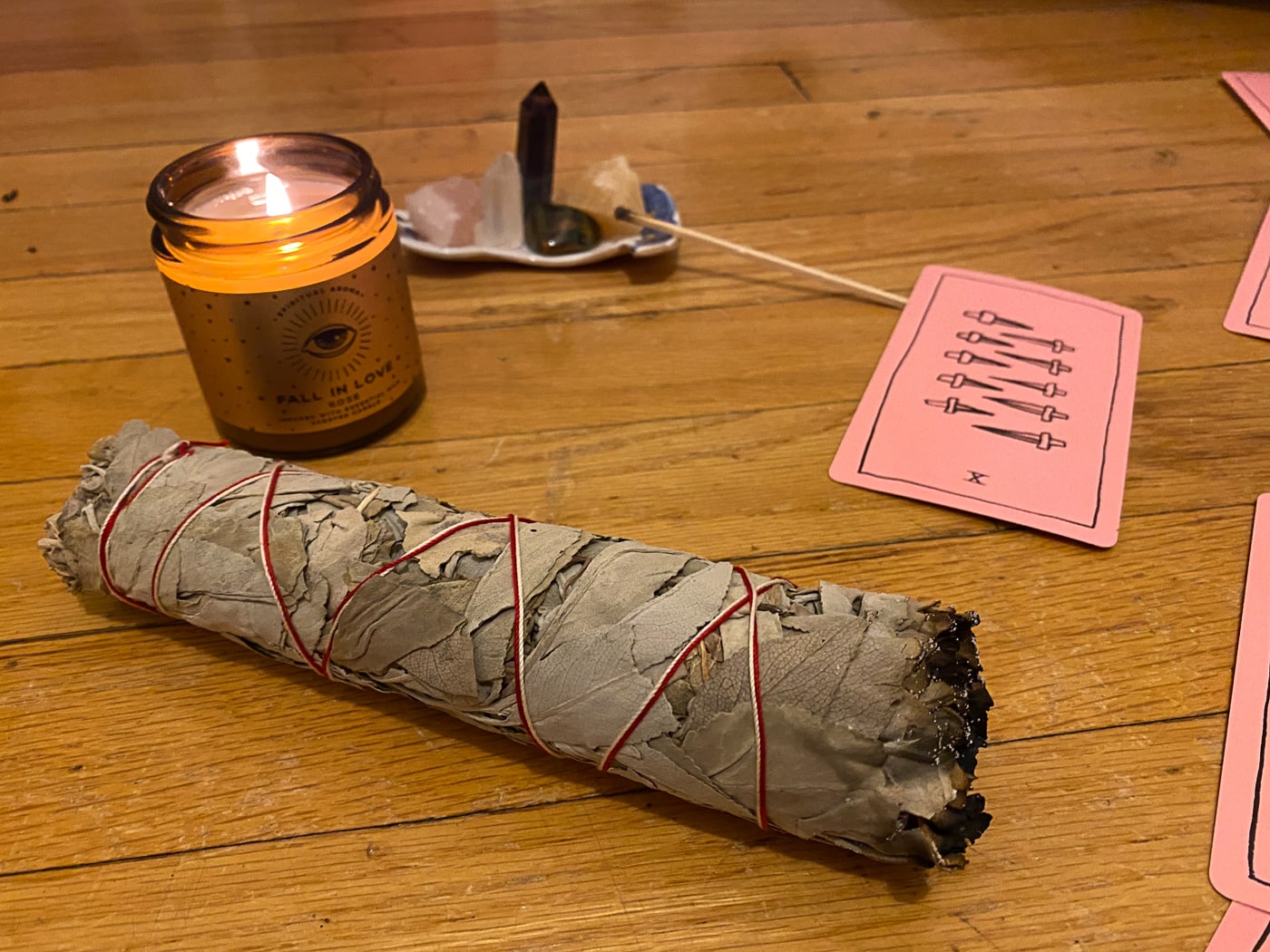 I caused this pandemic. Sorry.

I know you all think that it was some guy in China who ate a bat. Or think it was caused by 5G waves. Or think it is a Bill Gates conspiracy. Or even think that the virus doesn’t even exist at all.

But none of that is true. It was me. Me. 100% me. I wholeheartedly blame myself for everything going on in the world right now and you should too. Because I am 100% responsible for this pandemic.

And it wasn’t just one thing I did. No. No. There are at least four things that I can think of that make me personally responsible for the shit show that is 2020.

Want to know what they are? 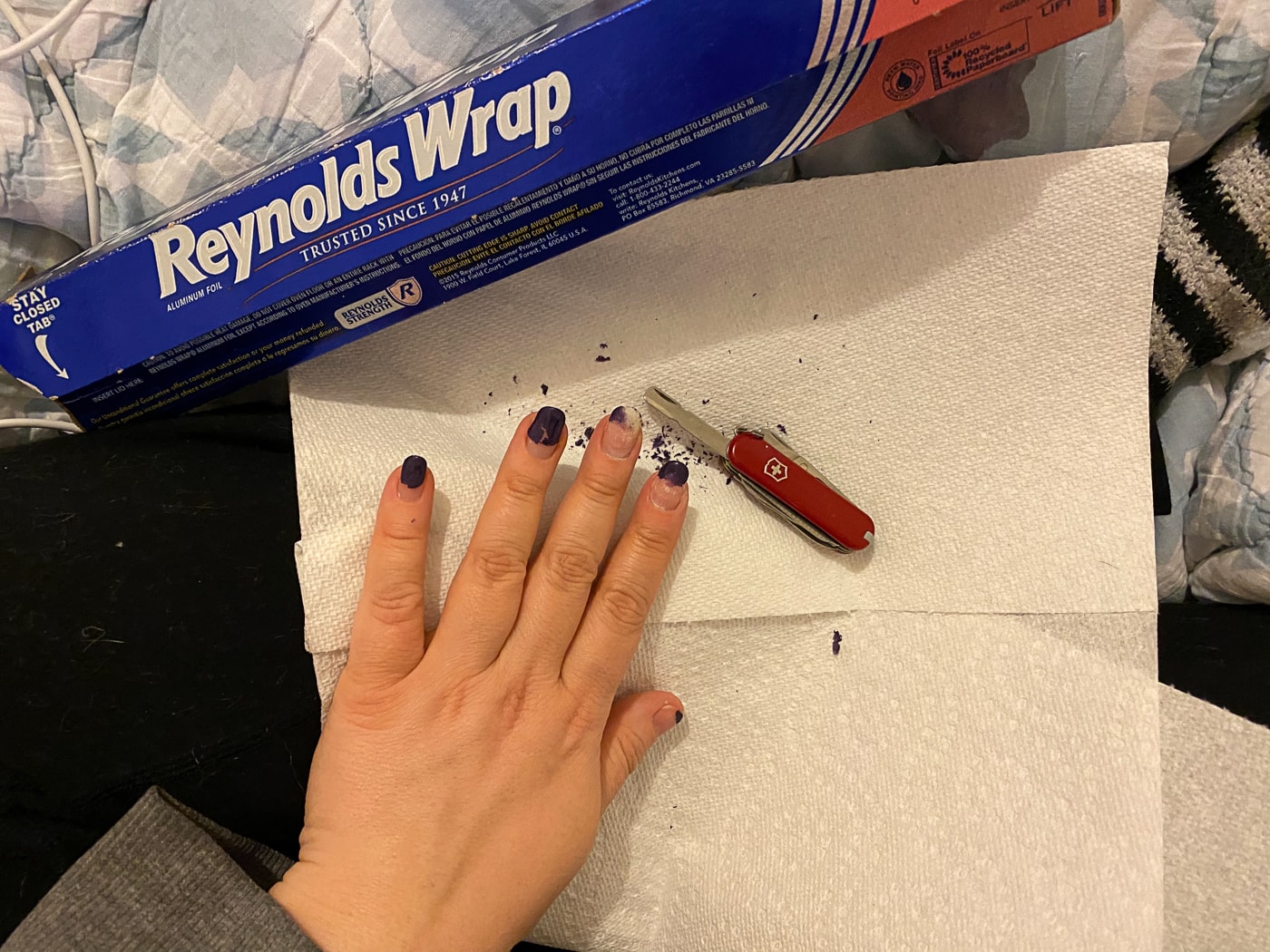 1. I threw out all my nail polish because I get no chip manicures now.

Last December, over a three-week Christmas vacation I started cleaning my apartment. This wasn’t your average weekend of sweeping floors and Pledging tables. No. This was my annual deep clean.

I took every spice out of my spice cabinet, highlighter out of my desk drawer, ball gown out of my closet. I scrubbed every surface. I reorganized. And I reassessed.

See, a few years ago I read Marie Kondo’s The Life-Changing Magic of Tidying Up and I got pretty good at discarding things that I don’t need. Clothes I no longer wear? Gone. Cat toys that do not bring my cats joy? See ya. Nail polish I haven’t used in over a year because I started getting regular no-chip manicures? Who needs to waste drawer space on that.

So I threw out a drawer full of nail polishes in varying shades of pinks and purples and blues because, as I told myself, I did not need them. Because who needs bottles of nail polish at home when you can just walk down the block and pay someone $35 to give you a hard as rocks manicure that will last three weeks and will not break and is the only cure in the world for my terrible nail biting habit?

And then, shortly after, the pandemic hit the US hard and that nail salon had to close its doors and I could no longer get those pretty little habit-breaking manicures and even if they weren’t shut down those women were always sneezing and coughing all over the place while they did my nails so I don’t think I would even want to go back and my nails broke off and I started biting them again and they were a mess and I was a mess and all I had was an empty drawer.

So I am convinced that I caused this pandemic because I threw out that nail polish.

2. I planned a vacation ahead of time.

Planning travel ahead gives me anxiety. You might think it would be the opposite. You might think I’d like to be prepared. And I do, don’t get me wrong. I love planning and researching and looking up pretty Instagram pictures of what is to come. But when it comes to booking things – hotels, hostels, flights, busses – I panic.

What if something comes up? What if I change my mind? What if I’m making the wrong choice?

I think this anxiousness stems from when I was was backpacking around the world for three years and it became painfully obvious that every single choice I made would result in a completely different life. Different friends. Different lovers. Different experiences. Different countries. A life where pre-booking an overnight bus to Hanoi would result in saying goodbye to a guy I didn’t meet until just after. Or staying at this hostel versus that one would mean I’d leave a city after 3 days versus 3 weeks. Or where sticking to a pre-determined plan always meant dismissing a new one.

So I panic when it comes to booking hotels, hostels, flights, busses. And then when I do book ahead, something inevitably comes and fucks it up. Like when I was so proud of myself last year for planning my always-on New York City Fourth of July trip way ahead and then my stupid cat ate a stupid towel and cost me my life savings and I had to cancel everything.

So it was pretty inevitable that when my family decided to go to Disney World this year something had to occur that would derail it all. And we planned that trip so far in advance and it was so expensive and it was so overwhelmingly big that whatever was going to take that trip down had to be bigger than a sick cat.

Of course we had to cancel out vacation because of Covid. Because Disney World wasn’t even open for some time and then it was but who the hell wants to spend $10,000 to stand around in a mask scared to death that some estranged child was going to cough up their Covid-infected Dole Whip on you. Fuck that.

Anyways, I am convinced that I caused this pandemic because I planned a vacation ahead of time.

3. I smudged my apartment.

Let’s get back to that apartment deep clean. I had so much going on that that deep clean project worked its way well into February. But then, at the end of the month I had a beautiful, spotless, completely organized apartment.

I celebrated my cleansing coup by heading down the block to my friendly neighborhood occult store to purchase a sage smudge stick. I took that stick home and turned off my lights and opened my windows and lit a candle and read some tarot and then smudged the heck out of my apartment.

Smudge sticks, if you don’t know, are bundles or herbs that you light and then wave around your place in a little ritual in order to ward off negative energy and cleanse your space.

But… hear me out…what if I did it wrong?

What if instead of warding off negative energy I released it? I mean, I do live adjacent to the friendly neighborhood former funeral home. What if evil spirits are lurking in my walls? What if by lighting a stick of sage and pushing the smoke out my window I set all the wicked forces of the world free?

I am pretty convinced that I caused this pandemic because I tried to sage my apartment and fucked it up.

4. I said I wanted to cut down on drinking.

I made a New Years resolution that I was going to cut way back on drinking. Not that I drink that often to begin with but alcohol is expensive and it always leaves me with a wicked hangover. And I wanted to save money this year and be coherent enough on weekends to work on my blogs.

I was doing OK with this goal, only having a couple of drinks on my birthday and one or two more in February and early March. But, like, what if the universe decided it wanted to help me out?

What if the universe wanted to give me an excuse not to drink? And to help save some money? And to have more time to work on my blog?

I mean, I’m always scared that the universe is going to take me too literally anyways. Like when I flew shortly after losing my virginity and I was convinced the plane was going to crash because of all the times I’d said I wanted to have sex before I died…. Like that.

So…what if, this time, the universe actually did listen and was thinking it was doing me a solid by coming up with some crazy sitcom plot twist and cancelling the world?

I mean, that sounds pretty logical to me.

Anyways, I haven’t had alcohol in seven months but I’m convinced that I caused this pandemic because the universe wanted to throw me a bone.

So those are the reasons I caused this pandemic. And I’m sorry. Truly. I am. I didn’t mean it. I swear.

So please, I beg of you, take it easy on me.

A gift guide for the apocalypse.