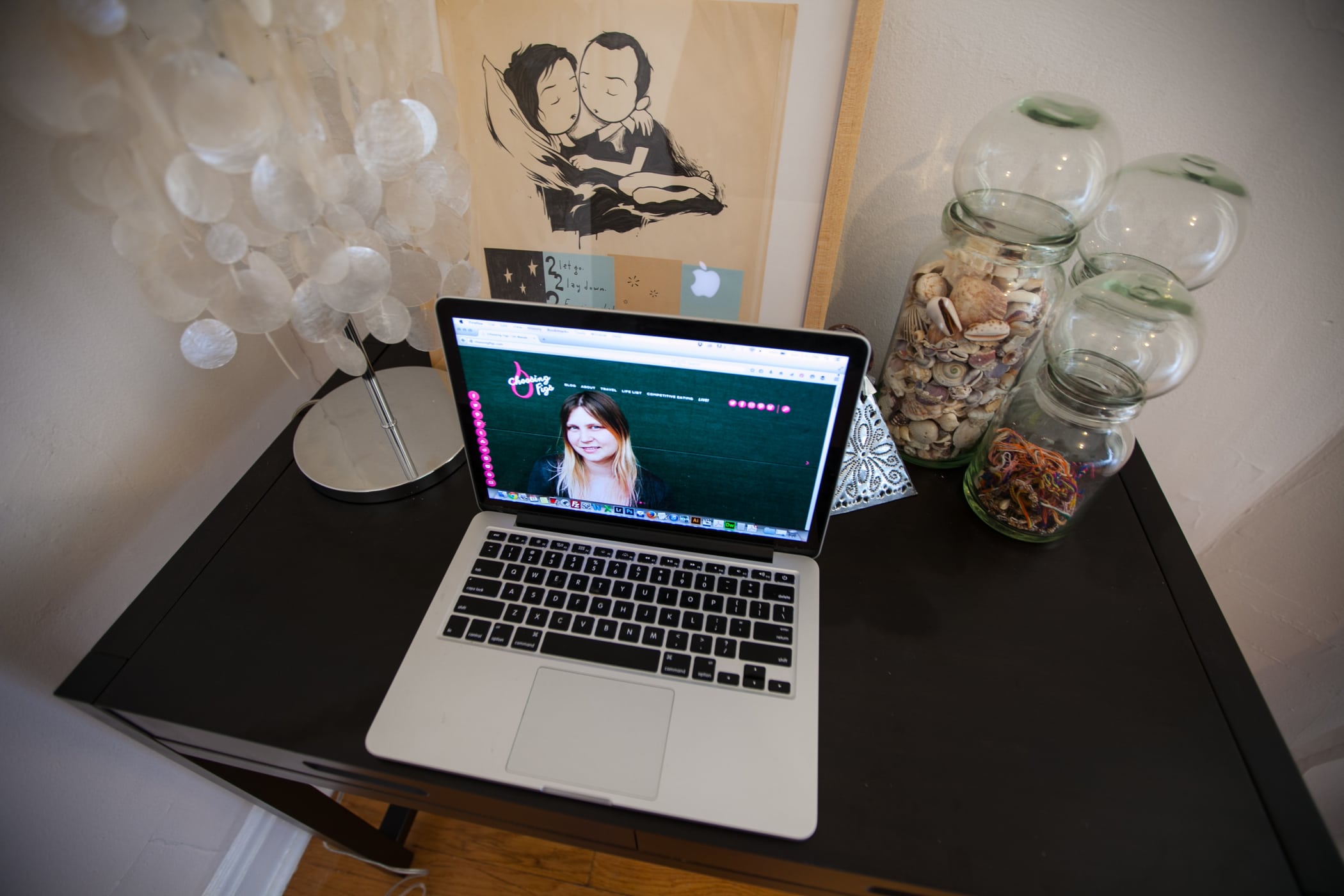 On redesigning my blog and realizing my limitations.

I can’t do everything.

In some ways it’s a good quality to have. I pick up so many more skills that way. “I’ll figure it out,” is one of my favorite things to say at work because I consider it a challenge if my boss wants an email to be formatted a different way or a page on the website to look different than the template allows.

And, usually, I do figure it out. I consult a book, or the internet, or Skillshare. I make things happen.

It became apparent to me in this past year that I really can’t do everything when I took on a major freelance project: redesigning someone else’s blog. I’d worked for years doing small web projects: email designs, informational websites for friends. And I’d been designing my own website since 2003.

This was one of those opportunities to push myself, to say yes to something I thought I could do even though I’d never done it before. To find out if I could make a freelancing career work.

But what was fun to do for myself turned into a nightmare trying to do for someone else. I’m mostly self taught and everything is constantly evolving. So, sometimes, when designing for myself, I will spend hours with the code, changing little things here and there until everything looks exactly how I envisioned it. Hours, sometimes, on one minute detail. But that’s fun to me. Because when it finally looks right, I feel accomplished.

But trying to do the same thing for someone else was draining. I’d still spend hours in the code trying to get everything to look right. To get everything to look like I envisioned it in my head. And then the client wouldn’t agree. Because I couldn’t get in their head like I could get in my own. So I’d be back at the start. It would take too long, too many hours I didn’t have when traveling. I didn’t feel the same accomplishment with the little victories, I just felt like I was trying to get it done, I just felt like I was wasting everyone’s time.

After months of working on the website, and not getting anything right, I backed out. It was best for everyone. If it was just the development, the coding, the manipulating of a theme, I maybe would have continued. But there was no logo to work with and it was really hard for me to create a site with no real direction on the look. “I’m not a graphic designer,” was something I repeated throughout the project.

I’m not a graphic designer.

When I had started thinking about redesigning my own site and rebranding last year I knew I had to give up some of my control. It was hard for me, I’ve always done everything for my website myself. (Bonus: this is what my very first website looked like in 2003!) But I am not a graphic designer. And as much as I like designing and want to learn more, it’s not something I’ll ever be good at.

I’m not a graphic designer. And I knew if I ever wanted my blog to have the branding I imagined, I had to find a someone who was.

Finding someone was both easy and difficult. Easy, because I had already fallen in love with the work of Aeolidia. They specialize in small businesses, makers with shops. And in a way I felt funny approaching them. I’m not a shop. I’m not a business. I can’t craft anything for the life of me. But when I thought about designs I loved I thought about the brands I’d see at craft fairs or on Etsy. Small creative businesses. And I’m small and creative, right?

Plus I didn’t want to go with someone who worked with travel bloggers because I wanted something different. And, let’s face it, I’ve never had a travel blog.

But it was difficult to commit. They were expensive, for me, way more than a “hobby blogger” like myself should have considered spending. Especially when everyone I knew suggested to go on Fiverr and get a $5 logo.

But as I scoured their site daily, going through their projects, reading their blog, I knew that I couldn’t settle. Just like I refuse to settle in any other aspect of my life.

I made the right choice.

I knew I had made the right choice when Sarah, my designer, told me about herself. Her family was living in a big city and felt like something was missing. So her husband quit his job and they moved to cottage in the middle of nowhere. “We have ALWAYS been passionate people and have chased after things we wanted in life with both arms out-stretched,” she told me.

And I knew she was my kind of people.

And she did. Through the coming weeks we went back and forth, she came up with different options for the look, for the colors. Every time she’d send me a new pdf of design options I was giddy for hours until I realized I actually had to choose between them. Which was the hardest thing ever because they were all so good in such different ways. But as we focused each round it became clear which option worked best for me. I wanted something that was modern but a bit feminine. I wanted to incorporate the fig without it looking like it belonged on a canning jar. I wanted it to convey what my blog was about. And the more we focused, the more it all came together.

This was my original logo. I designed it myself. It looks like it belongs on a jar of fig jam.

“Its edgy and a bit wild and free,” Sarah said during one of the rounds, “By adding that pop of pink it ties it all together and I have to say.. just matches you so well. I find your writing beautifully honest and I want to give you an honest logo to match.”

I don’t think I could have gotten that from Fiverr.

I was so sad when the project ended that I wanted to fly to Australia just to hug her and came very close to asking her to continue the project and design the whole site.

But, I couldn’t. I had already spent way more money than I had on the branding and so a plane ticket to Australia or website development were simply out of the question. And so, the rest, I would take on myself.

That was back in December.

And, finally, after months of working ever spare moment, after going through three premium themes because none of them felt quite right, after hours manipulating code to make things happen, after breaking things, after piecing things back together, after second-guessing, after Googling, after fighting plugins, after so many little feelings of accomplishment, my new blog is almost done.

But I couldn’t wait any longer to launch. 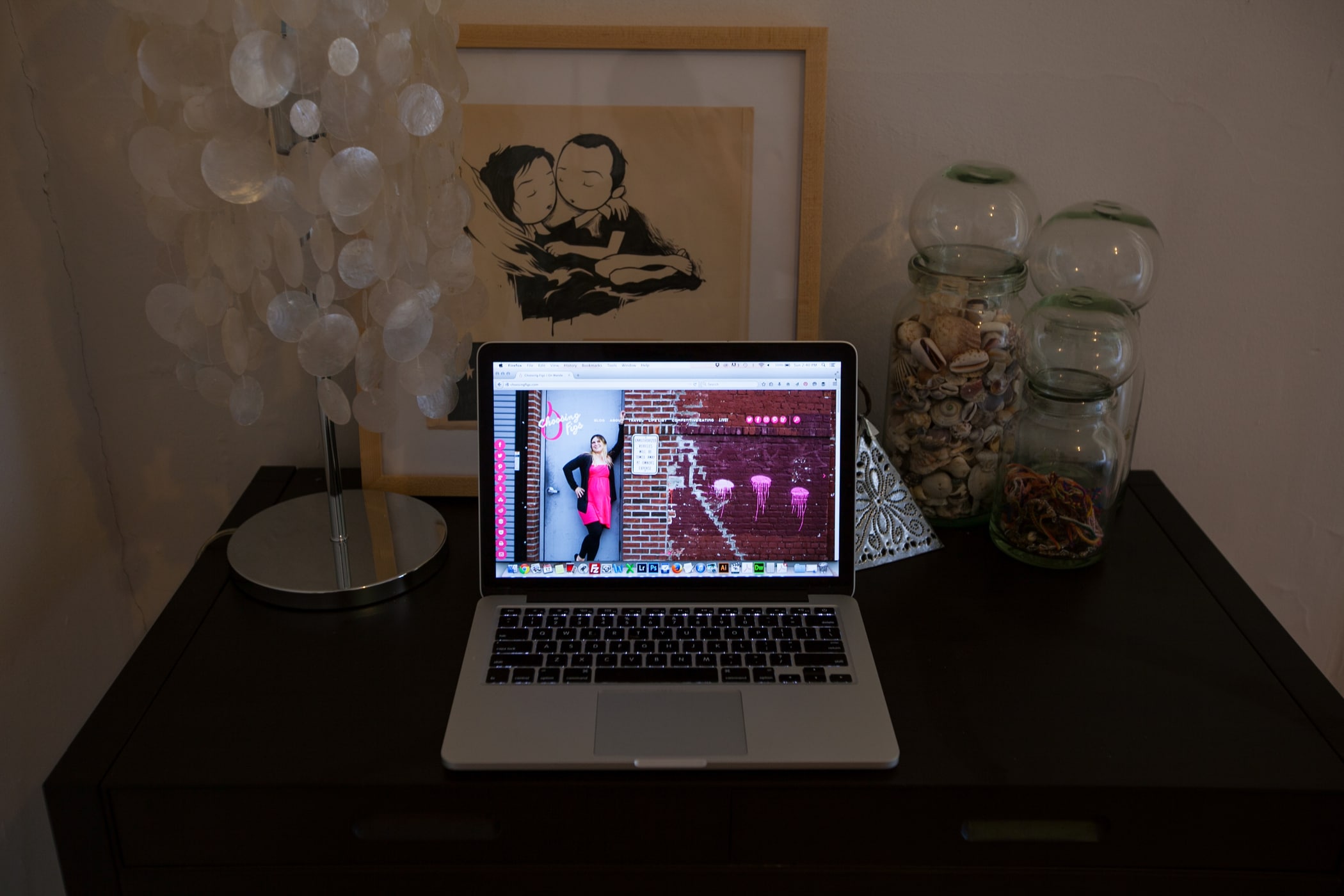 It’s everything I dreamed of and more.

And I couldn’t have gotten here without Aeolidia, without Sarah, without admitting that someone else could do something better than I could.

It’s hard to accept, sometimes, that you can’t do everything. It’s hard to let go, give up control. But sometimes it’s necessary to concede when you can’t. Whether that’s making sure someone else gets what they need or making sure you get what you want yourself.

So, I guess, I can’t do it all. And that’s OK. Because I can do a whole lot of things. And there are others out there who can do the things I can’t. 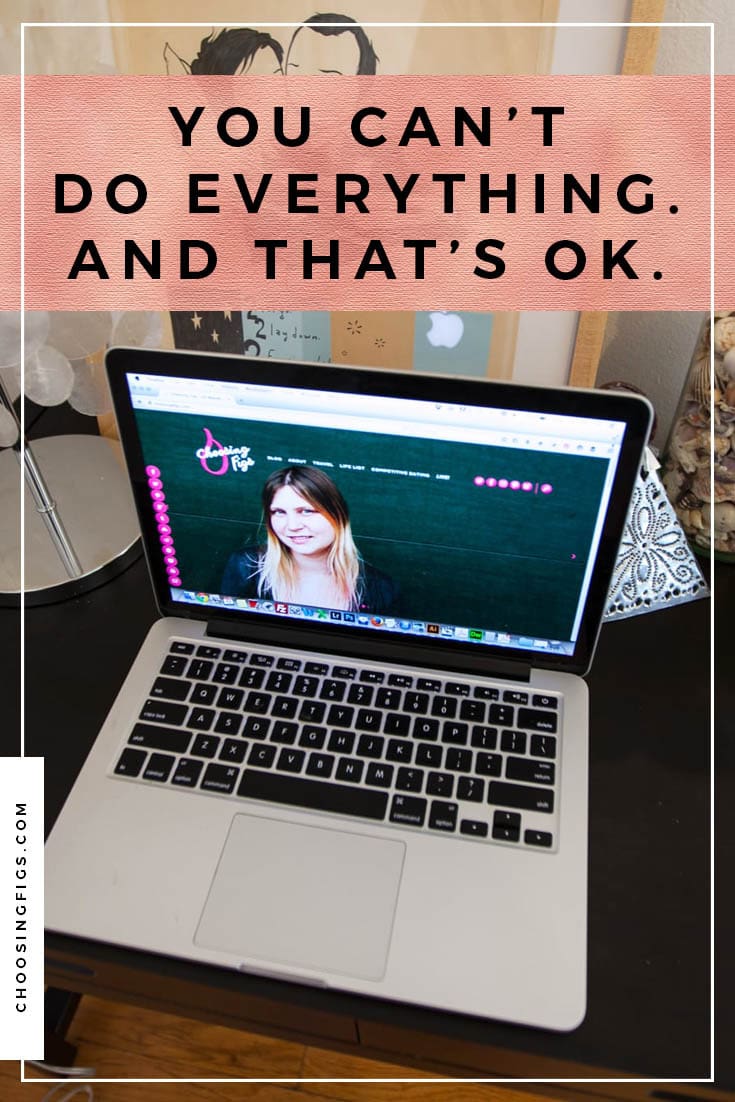 Next post
I live here. With a couch and everything.

Back in January, I made a promise to myself that I was going to write two blog posts a week,...

Ten years ago I posted my first blog post. I'm not even going to bother to link to it because...