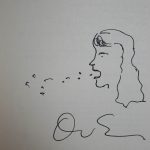 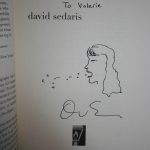 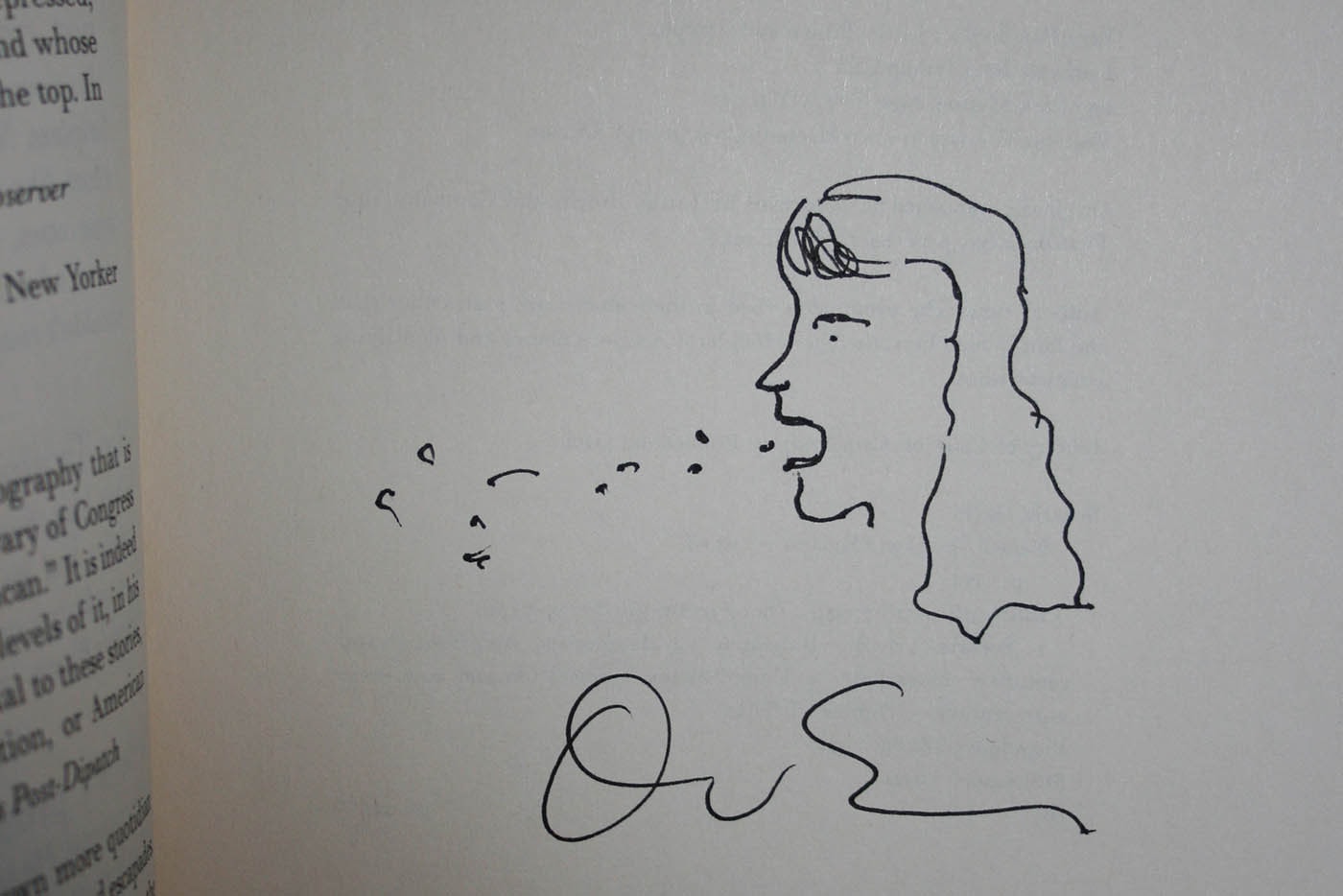 Home » Blog » books » What happens when your pocketbook gets snatched?

What happens when your pocketbook gets snatched?

What’s the funniest thing ever? When one of the most brilliant minds of modern American humor goes for the cheap joke.

“If pocketbook means vagina, what happens when your pocketbook gets snatched?”

Anyways…Last night Em and I went to see “An Intimate Evening with David Sedaris” over at Steppenwolf. I picked up the tickets a few months back because I really wanted to see it. I think I managed to score the very last pair available. I’ve been taking a buy now ask later approach lately, where if I see something I want to see I just grab the tickets and hope someone will go with me. Luckily Emily took me up on it.

Before the show we stopped off at a little Italian place across the street, Mangia Roma, because it was raining outside and this place was close. I thought it was closed because it was dark and empty and I didn’t see any staff but the sign said “open” so we went in. Turns out it was just dark and empty. I ordered a drink they dubbed the “Leaning Tower” which was Bacardi, pina colada, and grenadine. Basically if I sipped from the top it was all rum and if I sipped through the cocktail straw it was all grenadine. There was pina colada mix floating in the middle that you couldn’t drink through either technique. The salad was really good with this somewhat spicy basil vinaigrette and they gave us some really buttery focaccia. For dinner I had gnocchi with mushrooms and clams ending my year and a half avoidance on all things clam (see: food poisoning in Florence). It was tasty and spicy, but much more expensive than I had anticipated.

After dinner we crossed the street to the theatre and headed to the upstairs venue. The show itself was awesome. David Sedaris is an amazing writer who is probably one of the few authors who is even better in book on tape form. I’ve never seen him live before so it was a treat to listen to him perform. He started out with the aforementioned joke because the producer who introduced him had been talking about the next Traffic Series production, the Pocketbook Monologues and had said that “pocketbook” means “vagina.” He then went on to read a new piece he’s working on for his upcoming book. The story was about an old neighbor he used to have and their relationship.

I was expecting for him to read shorter pieces, but this one was rather long, but it was so incredibly intriguing and interwove together so seamlessly. After reading he explained that it was something that he was still working on for his book. He went into a spiel about how Wal-Mart wanted him to change the cover (a skull with a cigarette in its mouth) because they thought it was depressing. Sedaris said that he thinks Wal-Mart is depressing. I agree. He then said that it looked like a book he would want to read. “Say there are four books in front of me. This one has Jesus on the cover. This one has Jesus on the cover. This one has a pony on the cover. And this one has a smoking skull on the cover. I’m going to pick up the smoking skull.” He said that he named his last book “Dress Your Family in Corduroy and Denim” as such because his boyfriend Hugh had a dream where someone was reading a book by that title and Sedaris ‘wanted to make his dream come true.” He really was as interesting and entertaining just talking as he was reading his work.

Then he read parts of a second essay about fashion, parts about glasses and why he would rather just squint (“If something is more than 6 feet away, I’ll just deal with it when I get there.”) and bow ties (and how he came to realize they were for impotent men).

After that he fielded questions about his writing process and said that when he is stuck for writing he takes out high school text books and does the homework assignments in them.

Since I first heard/read Sedaris, I loved his work, and I’m really happy that I got the chance to see him read. It was a great evening. My only complaint was that he really only read one and a half essays. Granted the full one he read was a longer piece (he said to someone later that he normally reads a few shorter pieces, but wanted to do this one since he is working on the book) was amazing, but I wanted more.

The thing I think I liked most about him was when he couldn’t hold back laughing at his own humor. It’s one of those things you’re not supposed to do when performing, so it made him seem more like a regular person. There were a few moments when reading when he just smiled and tried to stop but you could tell he was chuckling at what he wrote.

Emily took off after the show, but I waited around and bought one of his books that I didn’t own to get it signed. I’m really surprised at how many people left right afterwards. When I got up to see him the first question he asked me was “Who did you come with?” Hilarity ensued:

He then said that when my friend wants me to go see David Copperfield with her and she wants to wait afterwards that I should leave. He then drew a picture of me vomiting because that’s what he does on people who ditch him. 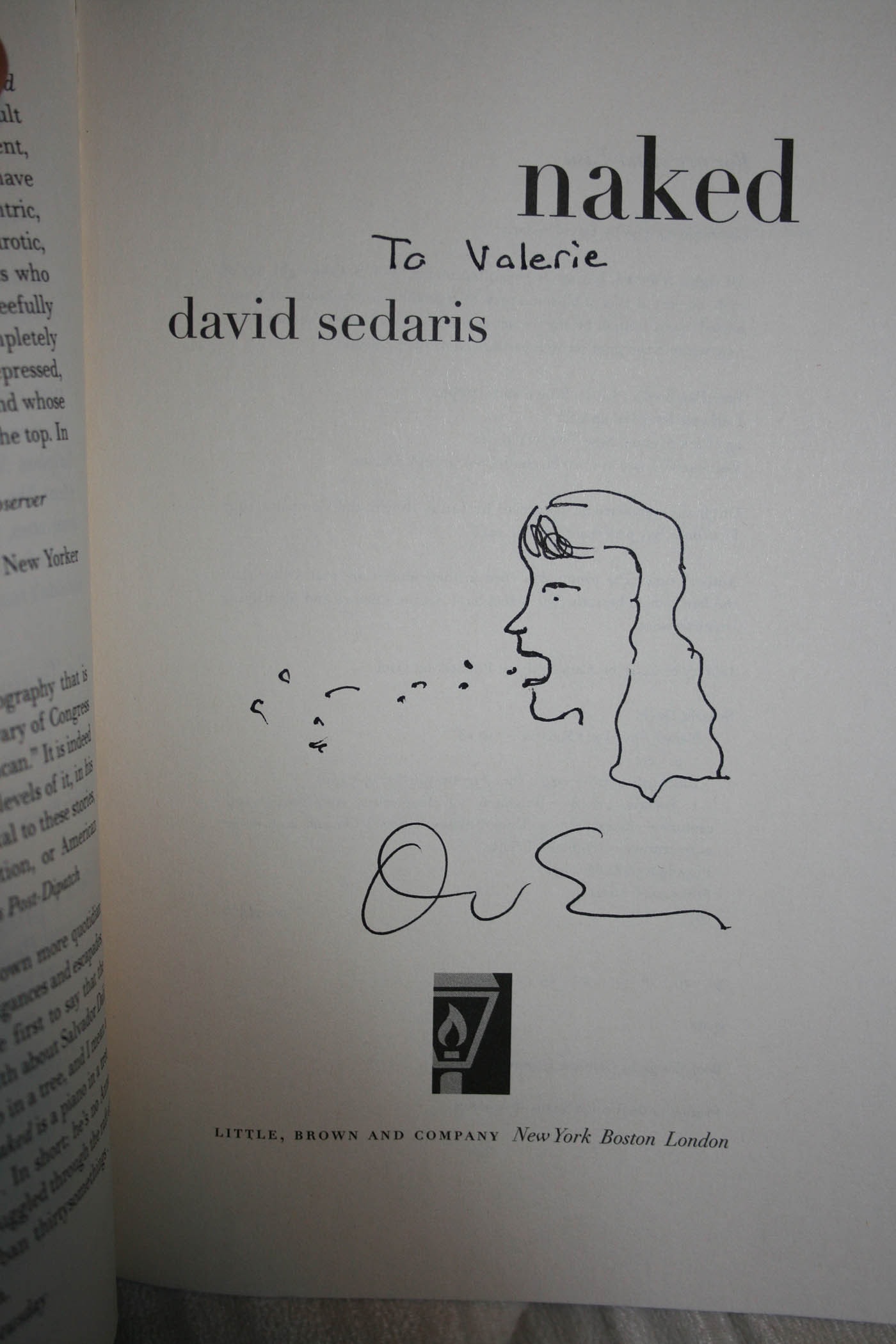 in books, food, the game of life
by Val Bromann
On blogging.