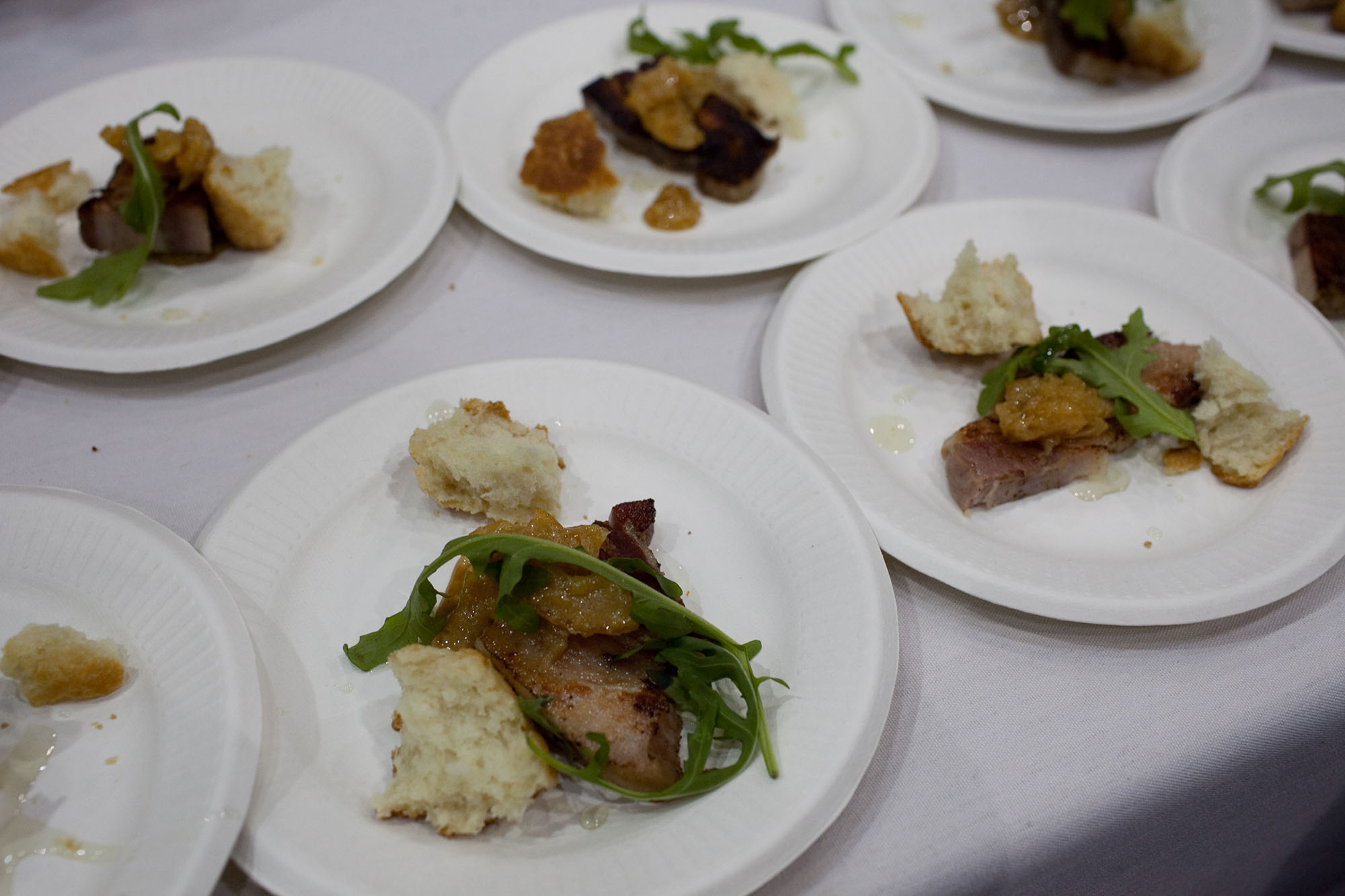 Baconfest Chicago: too much bacon?!?!

This weekend was Baconfest Chicago, a culinary festival celebrating the very tastiest part of the pig: bacon. 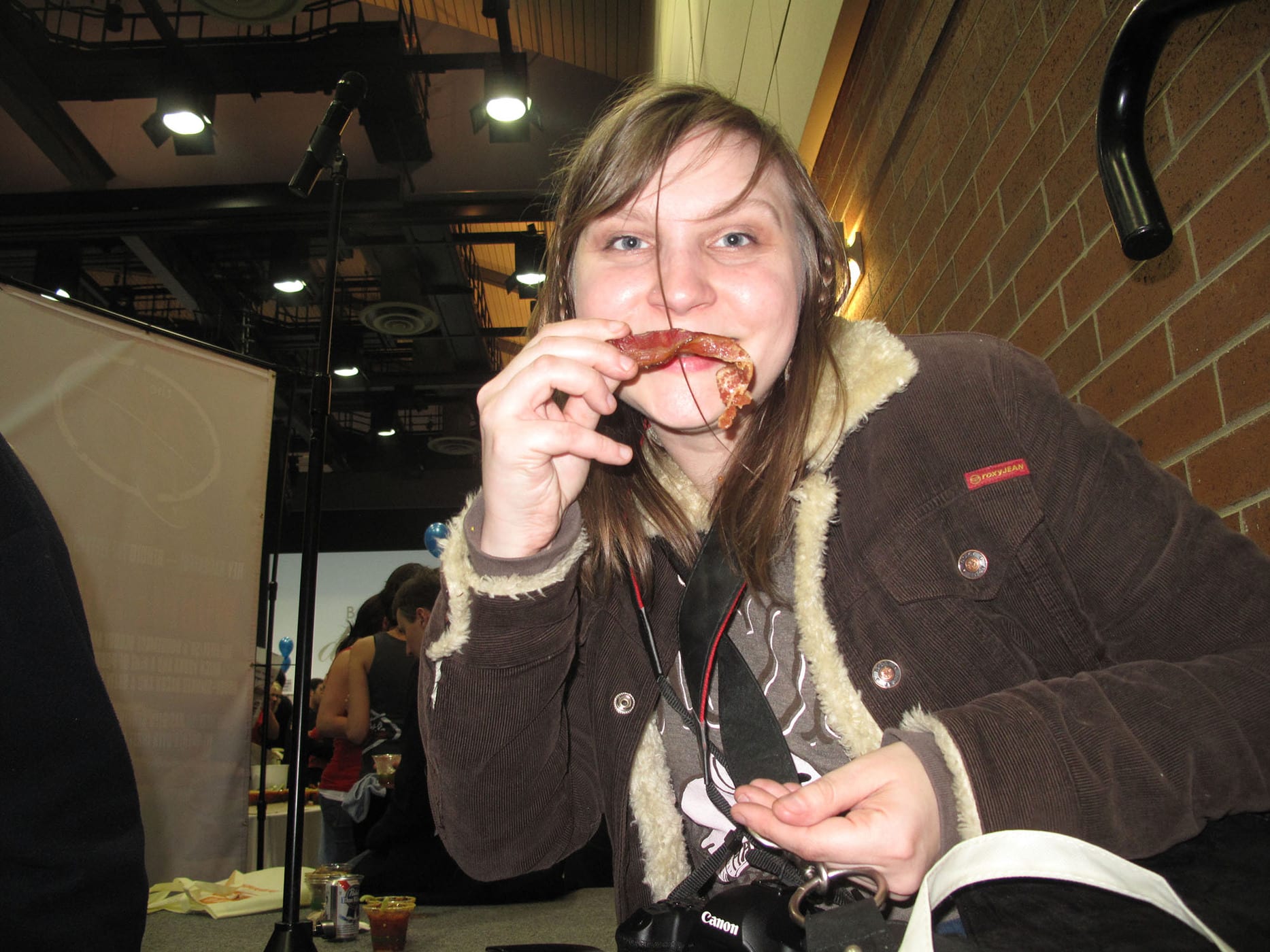 I went to Baconfest last year. And it was kind of amazing. So of course I sat at my computer, refreshing the screen so that when tickets went on sale this year I was able to snap one up.

This year, I met up with Emily and Chelsa and Stephanie and we all checked in and waited in line. 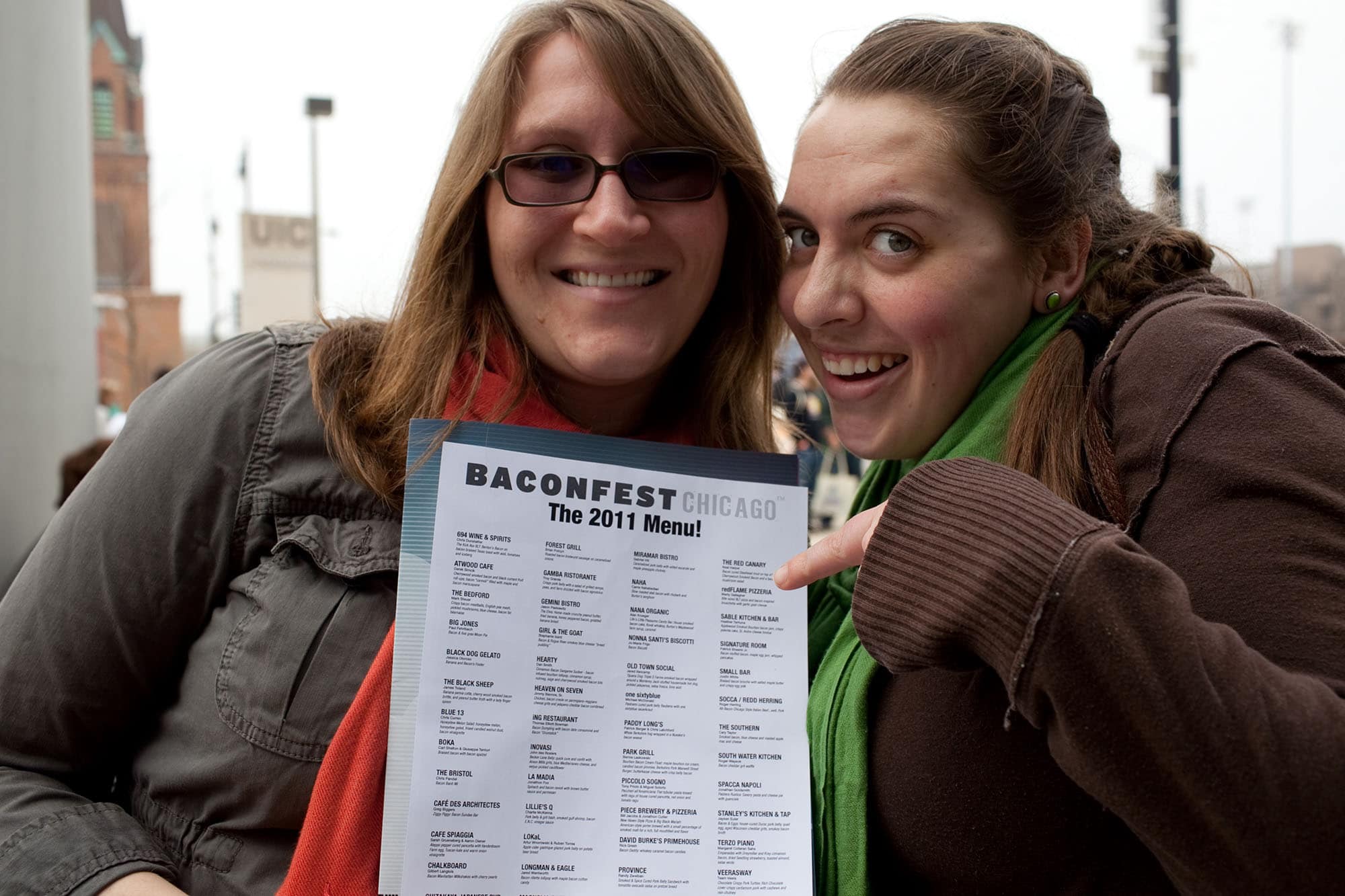 Standing in line and watching it wrap around the building I thought that maybe it would have been a good idea to spring for the VIP tickets that would have gotten us in an hour sooner. Less crowd. More bacon.

At least though we were towards the front of the line, though. At the stroke of noon thirty they let us in and we made a mad dash for the first table. We were able to get through the first line pretty quickly, with no lines between us and bacon goodness. We went table by table, sampling pork dishes from some of the best restaurants and best chefs in the city. 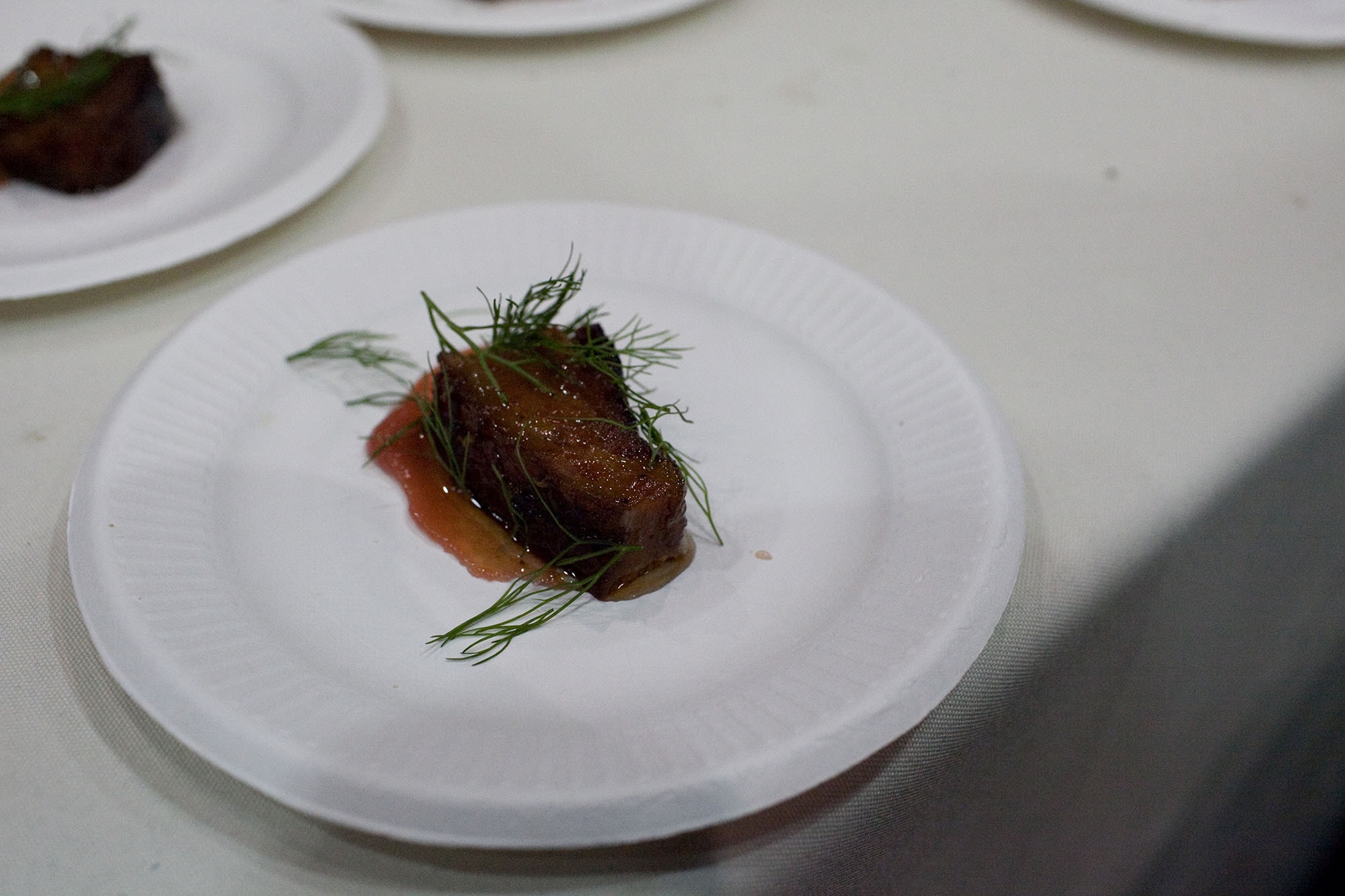 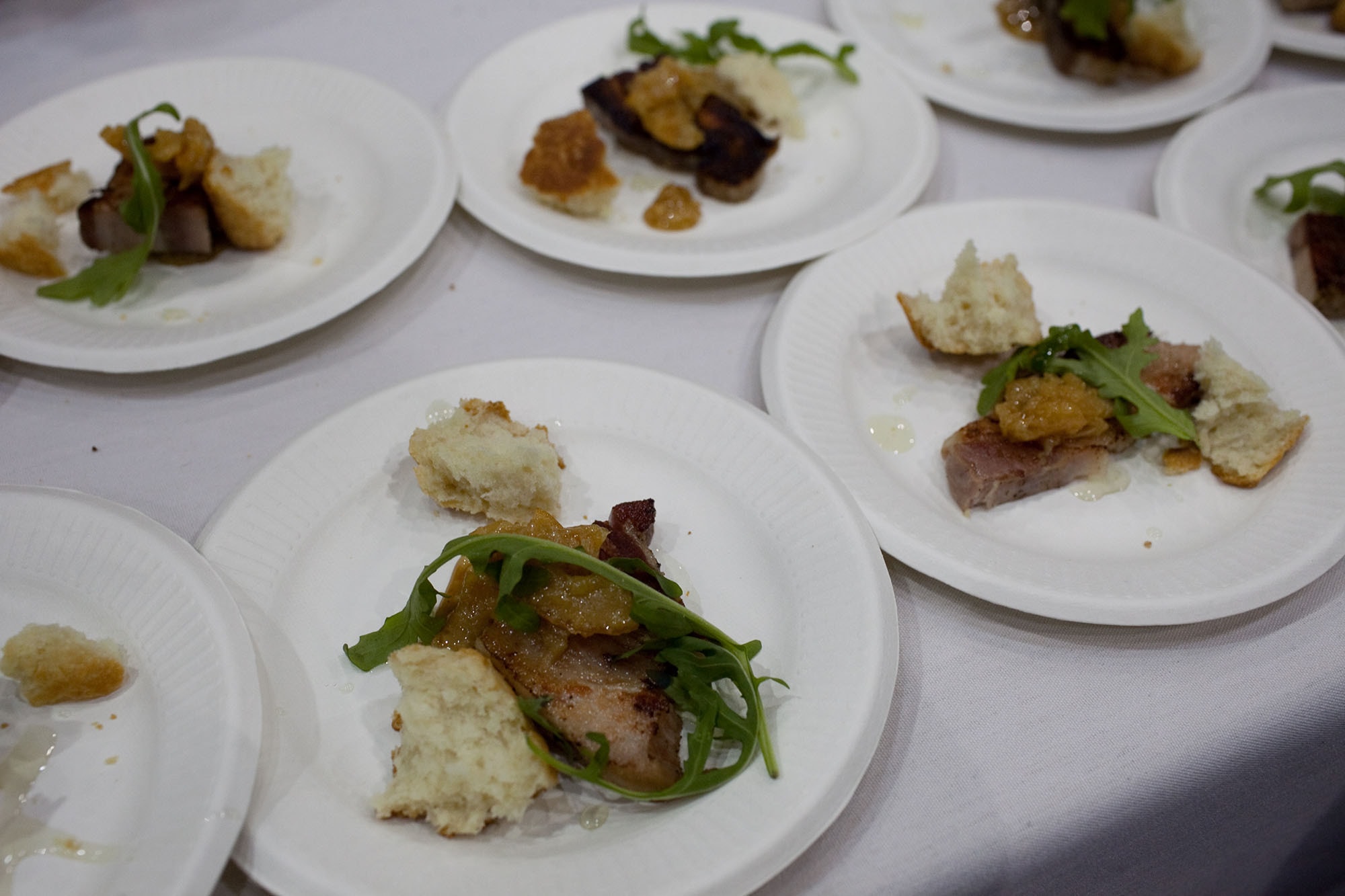 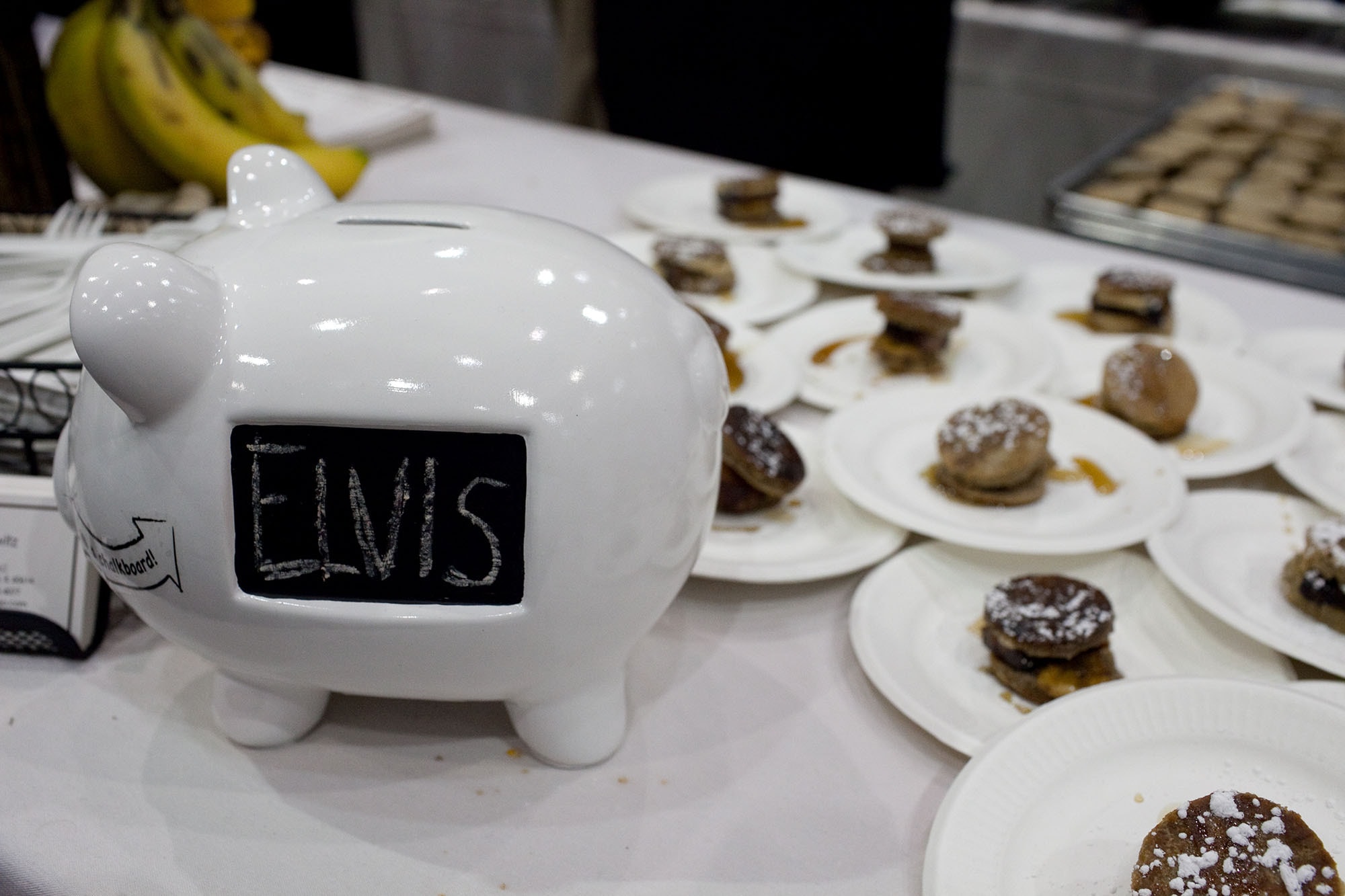 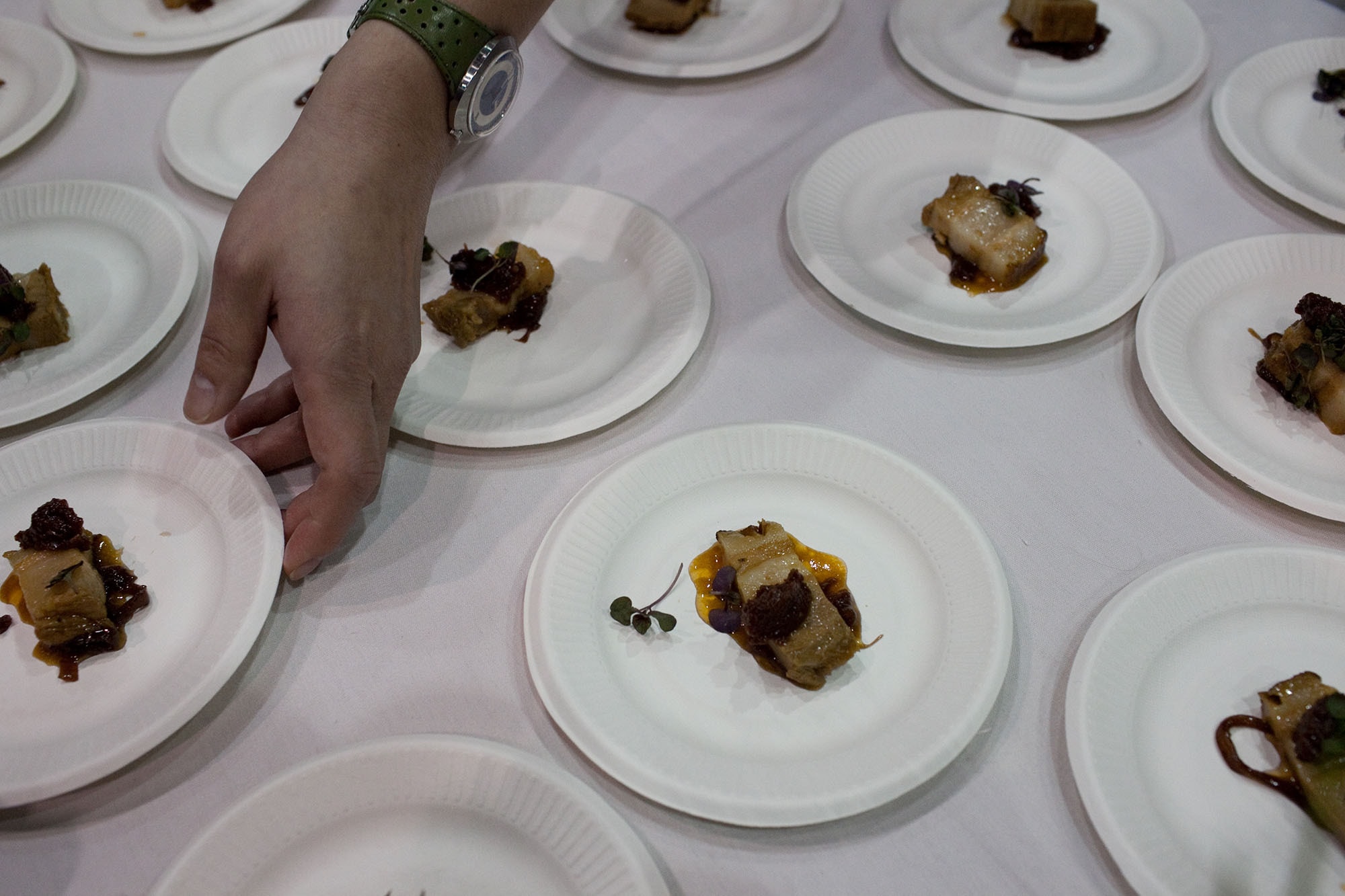 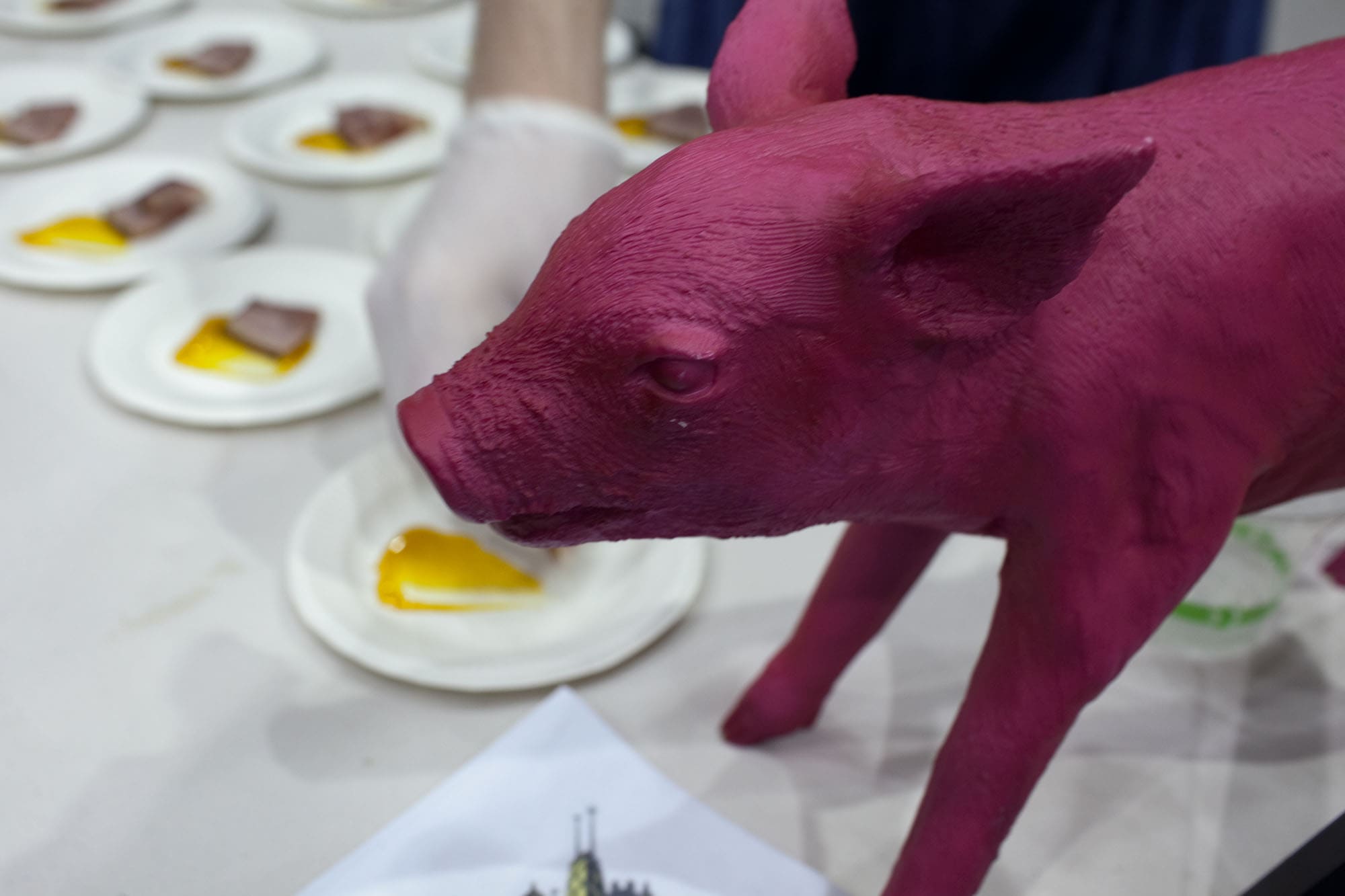 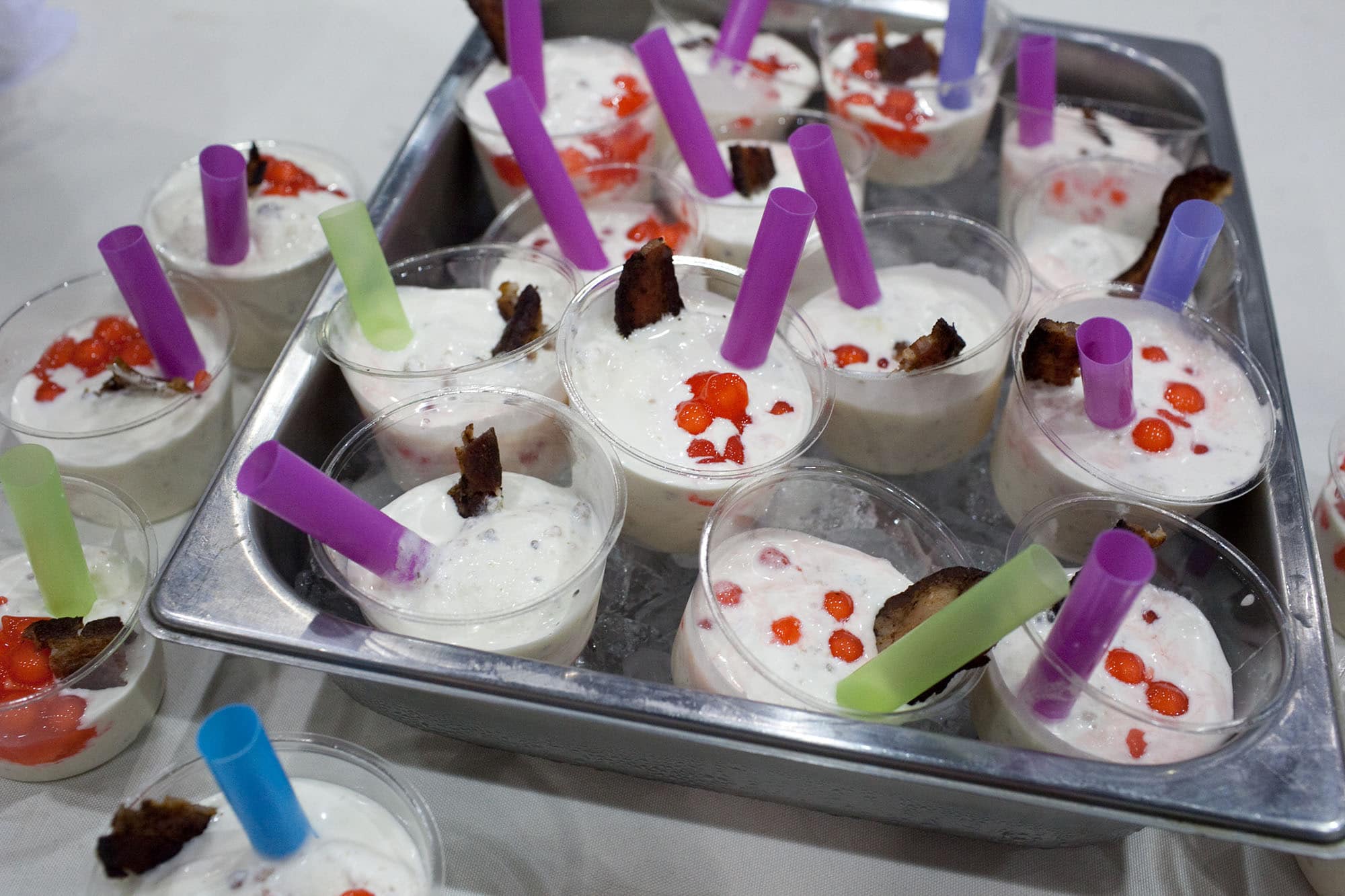 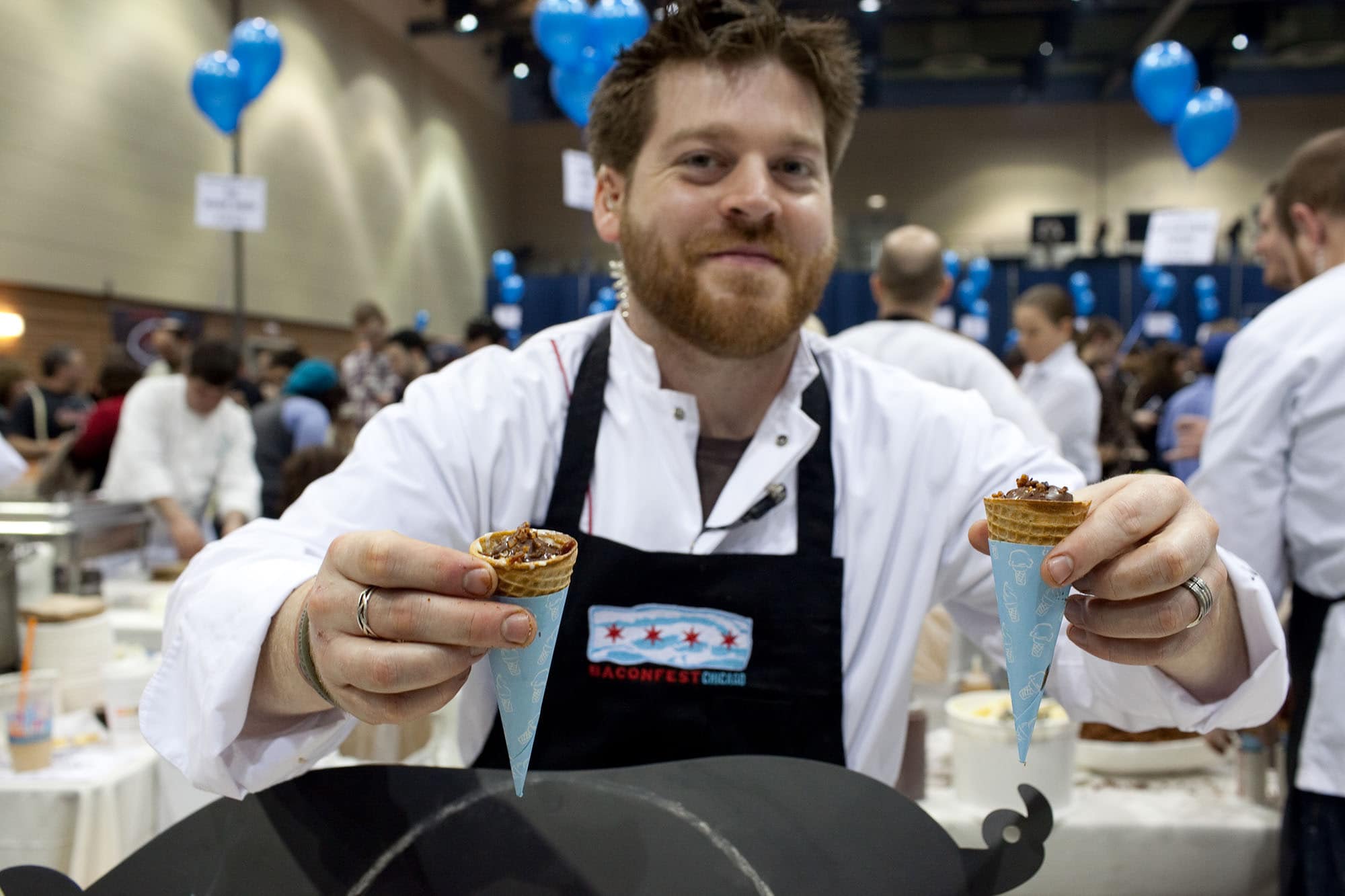 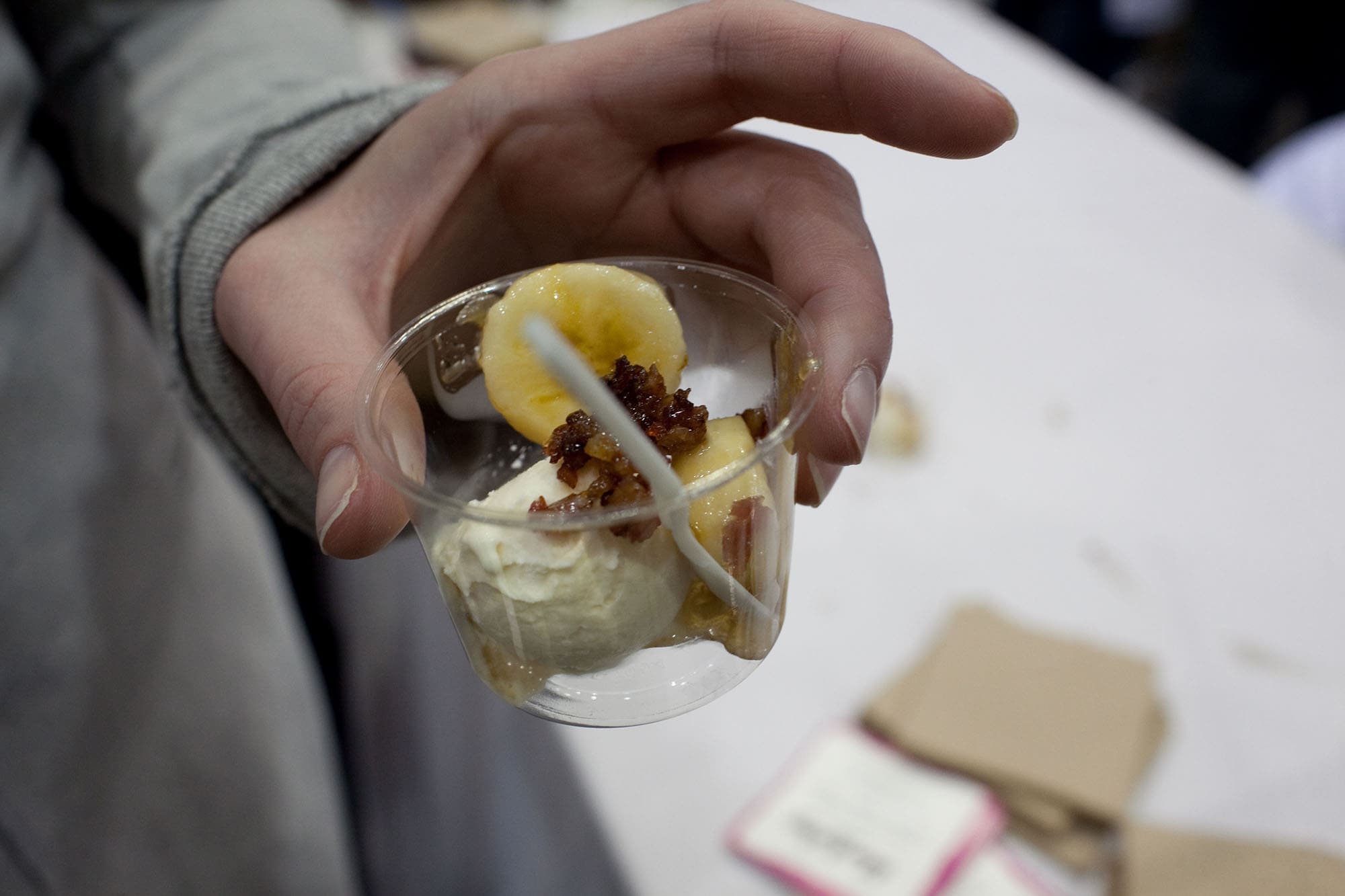 But as fast as we went a few places still ran out before we got to them. And I was sad. See, whenever I throw a party I always over buy. At the end of the night I end up with extra ice in the freezer, an unopened bag of cups, an extra bottle of wine. But I always think it’s worth it to end up with more then you need instead of running out and disappointing your guests. So when a professional restaurant just doesn’t prepare enough it kind of gets on my nerve. Like when Atwood Cafe gave us a blob of bacon fat that tasted like it might be OK if it was on something. Or when Small Bar put a note out that said they ran out of food. All of this only an hour and a half after general admission doors were opened. 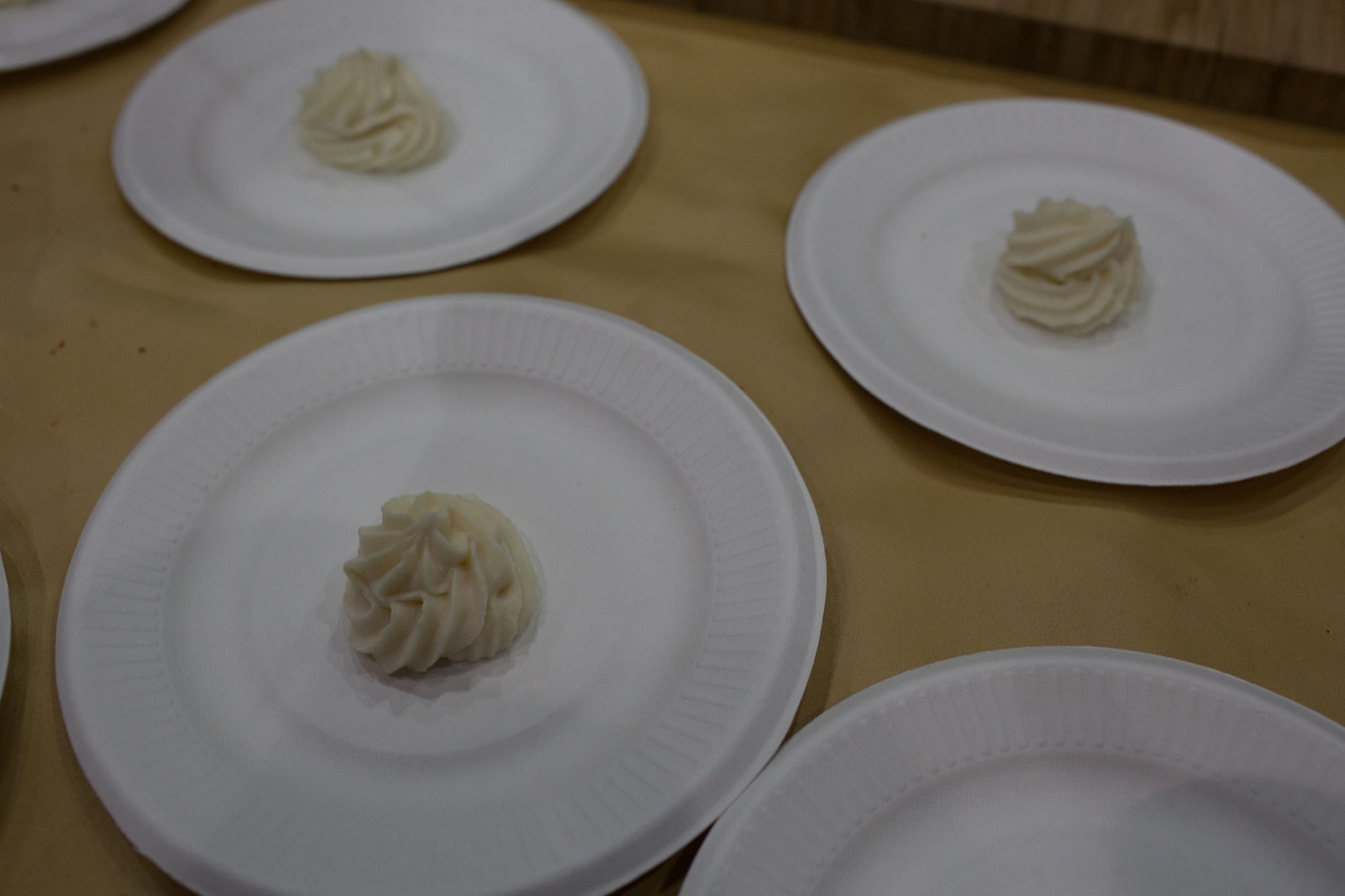 I think there was supposed to be more than just this dab of cream from Atwood Cafe. 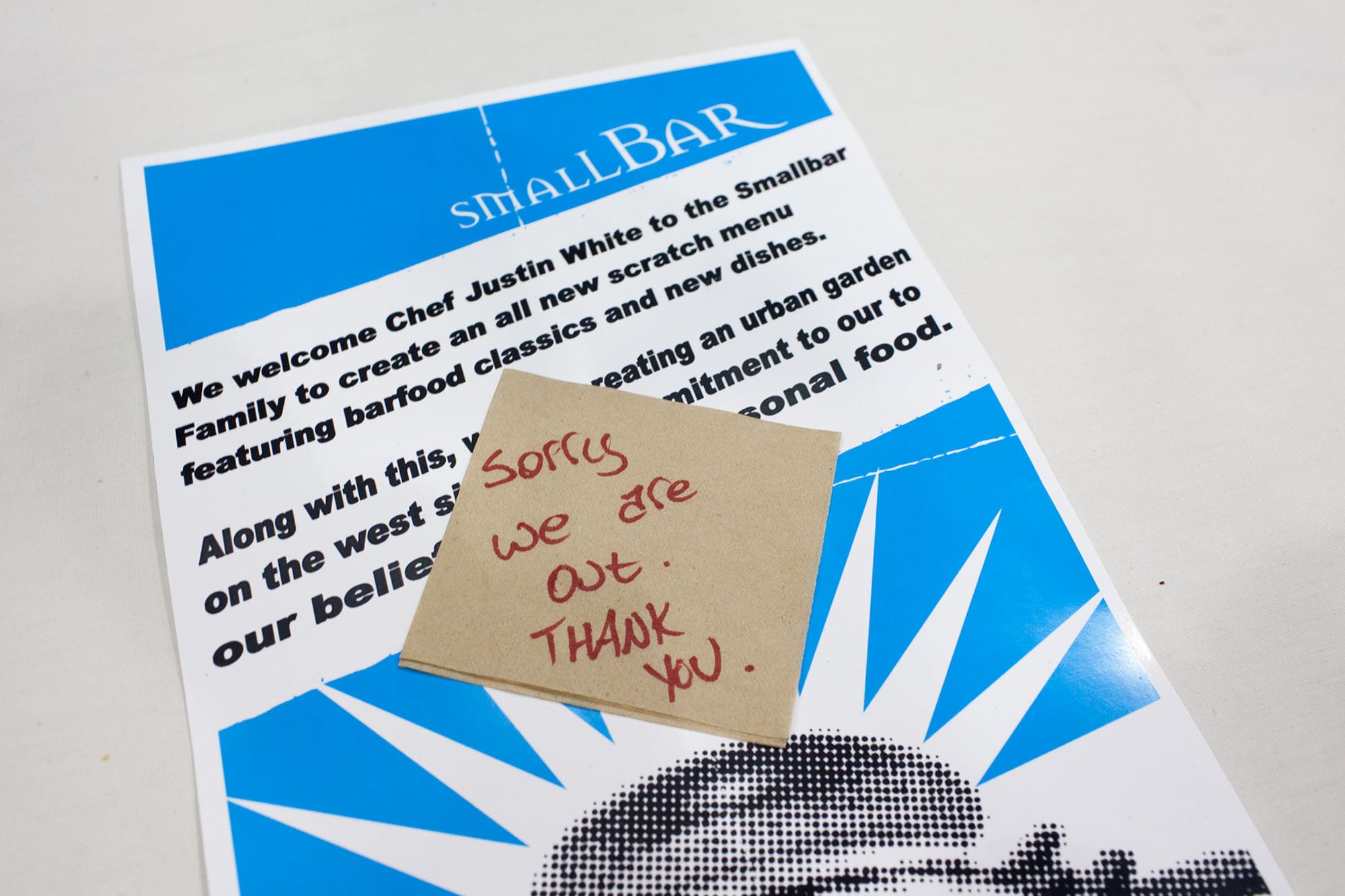 Small Bar ran out of food.

I did not get to taste everything, I had to use some sort of discretion so I skipped anything with sausage (because I’m just not a fan of the texture) and skipped almost everything that came on a bun. And entirely too many people served something on a giant piece of bread. And that fills you up on bread. And this wasn’t Breadfest Chicago.

Of course, it wouldn’t be a trip to Baconfest without capping off with a bacon cocktail. I had a delicious bacon bloody mary and Emily…well… 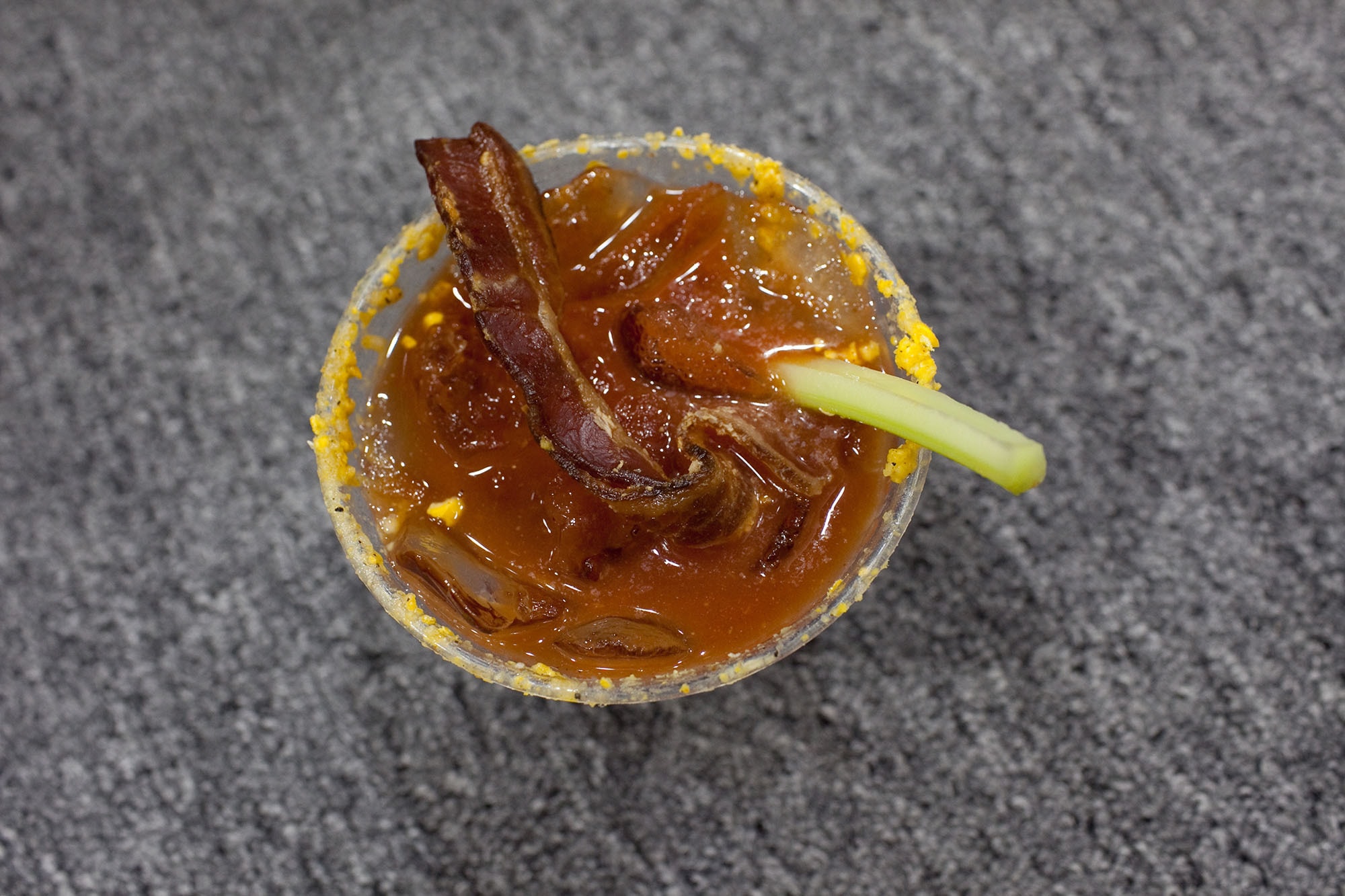 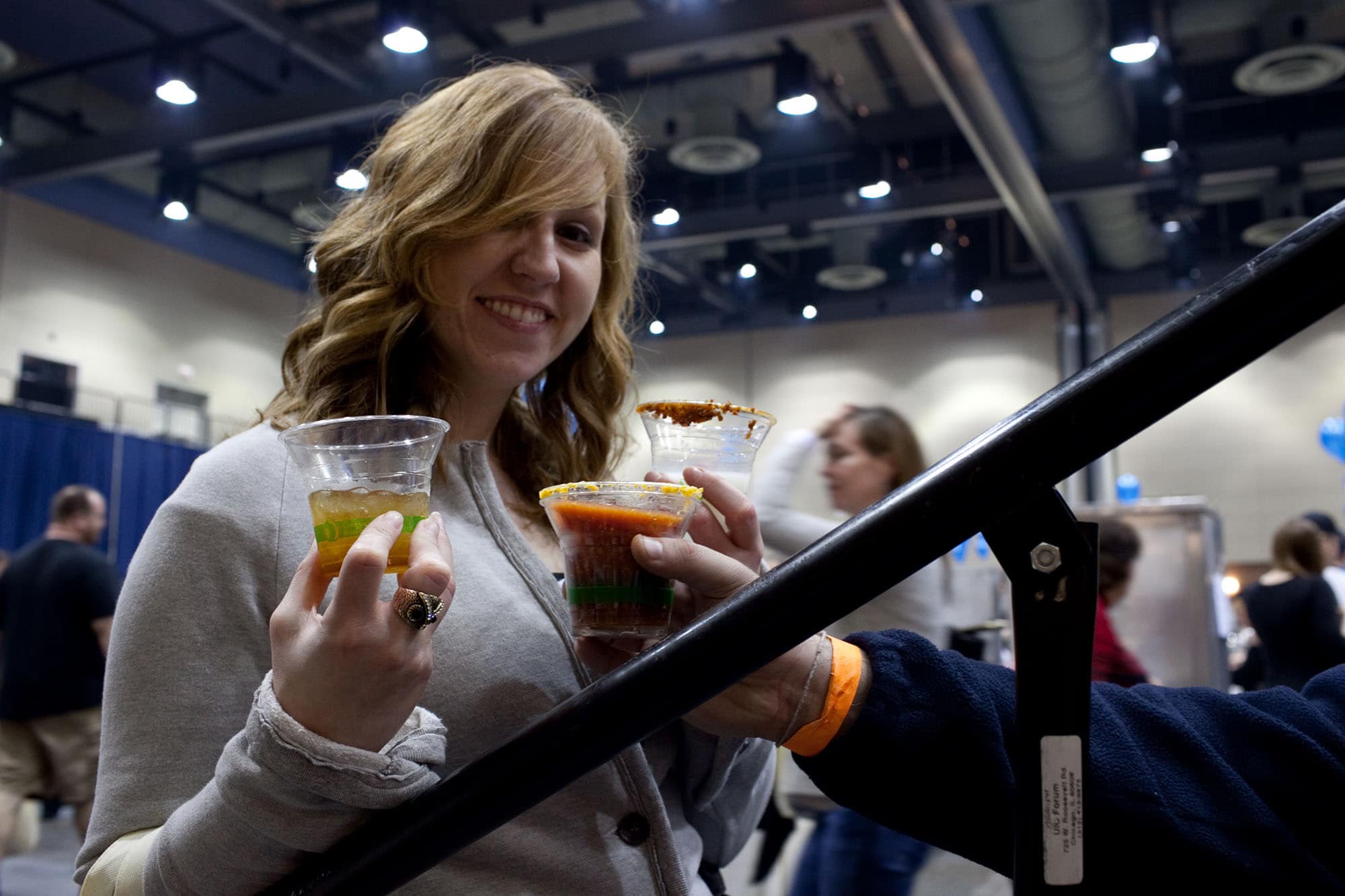 All in all, it was an amazing way to spend the afternoon. There was bacon. And bacon. And a whole lot more bacon. And I think I ate about three-fourths of the dishes. And for the first time maybe ever in my life it took a full 24 hours before I wanted to eat again. And this from a girl who is almost constantly hungry. So, maybe there is such a thing as too much bacon? Then again, I could go for some bacon right now… 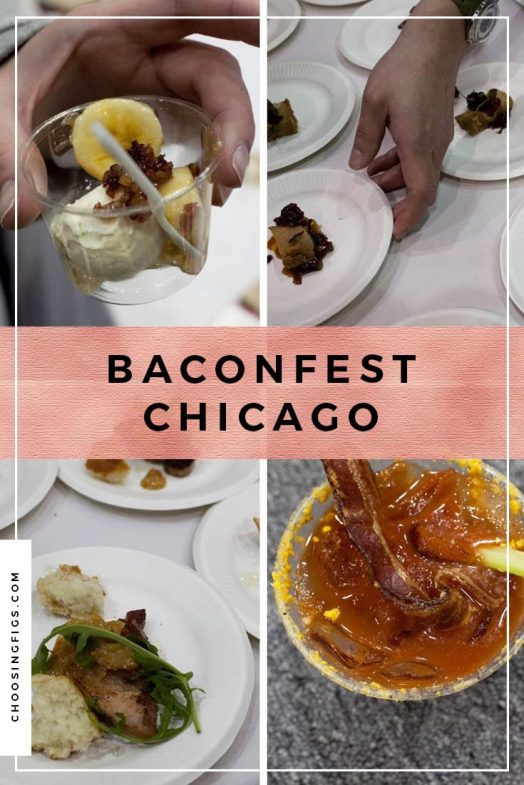 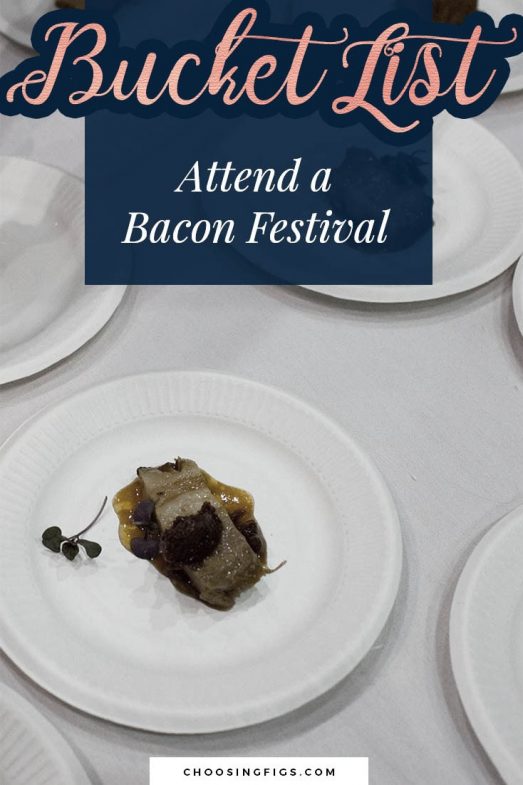