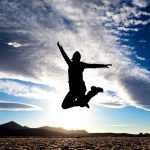 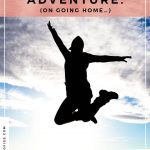 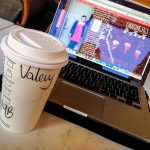 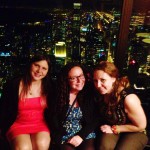 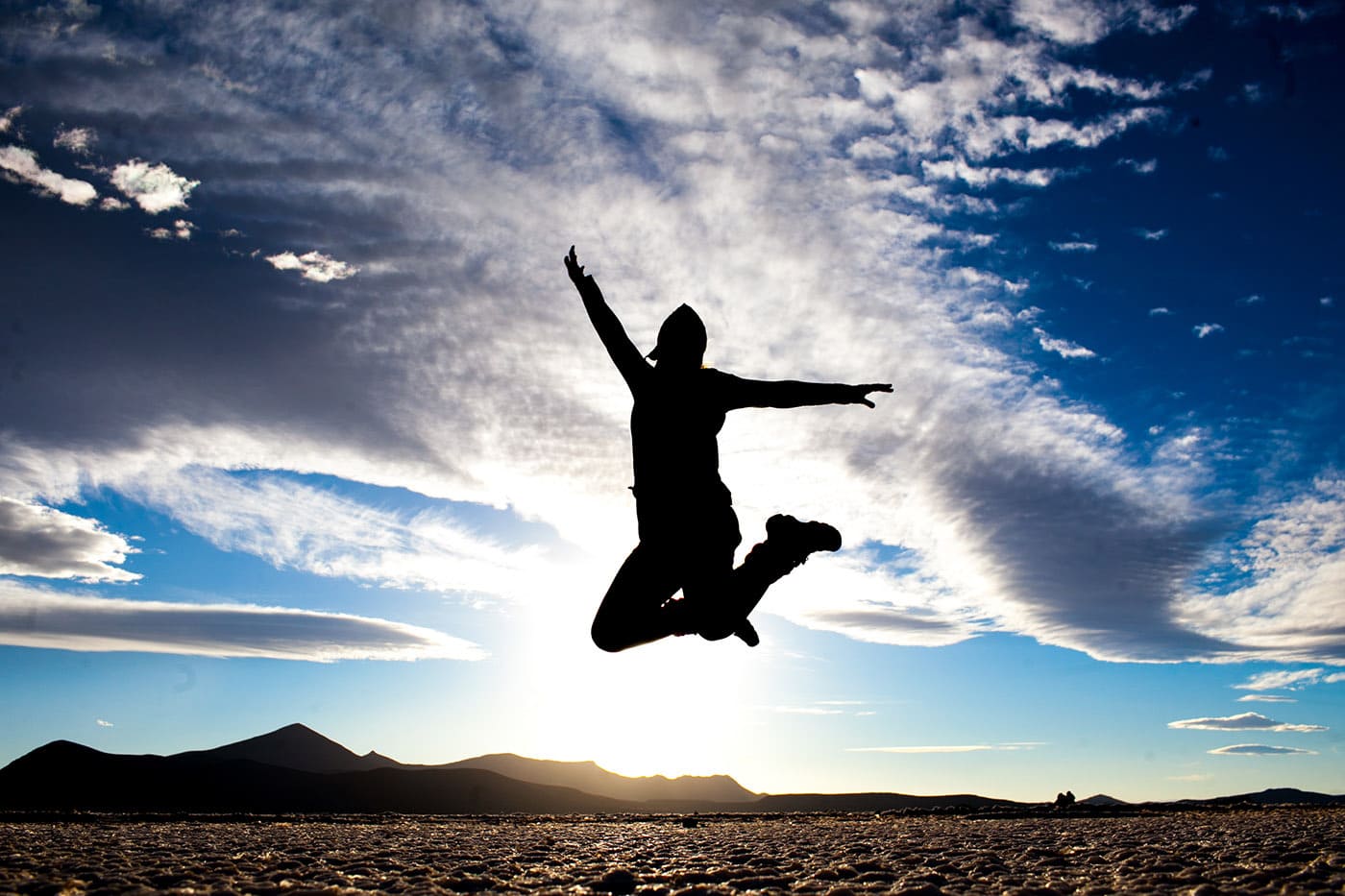 Home » Blog » travel » To live will be an awfully big adventure. (On going home…)

To live will be an awfully big adventure. (On going home…)

After three years of travel, I'm going home "for good."

So many travelers, travel bloggers especially, love life on the road so much that they could never imagine going home, stopping, “settling down.” And I know plenty of people in my normal life that would never dream of packing everything away to travel for a year or more. 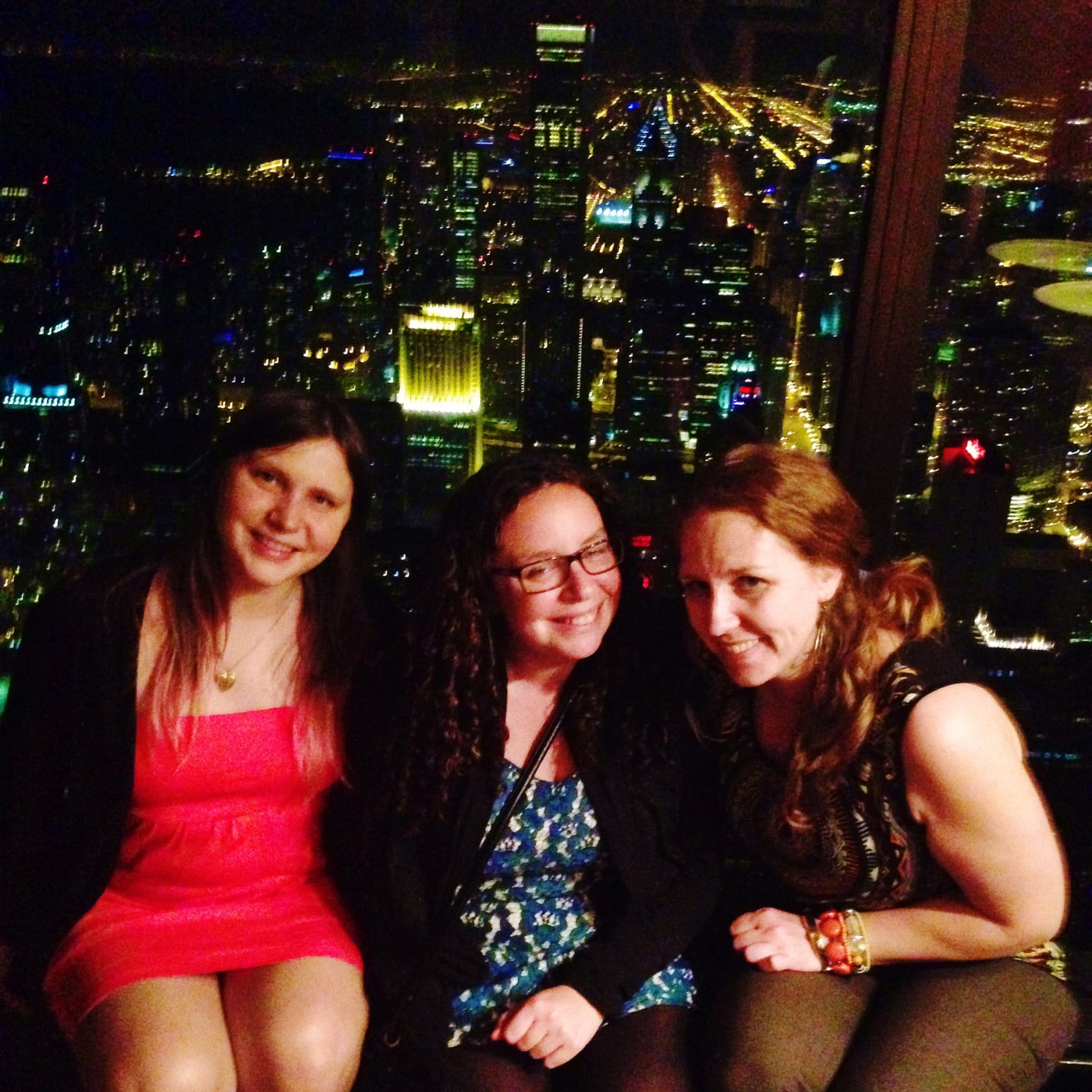 Me and some friends on top of Chicago.

But then there are some of us who live somewhere in between. Who, while at home dream of where we will go next. Dream of our next vacation or career break. Who, while on the road, make copious amounts of wish lists every time West Elm updates their catalog.

Who can’t make up their mind which life they want more because they love each life just as much. 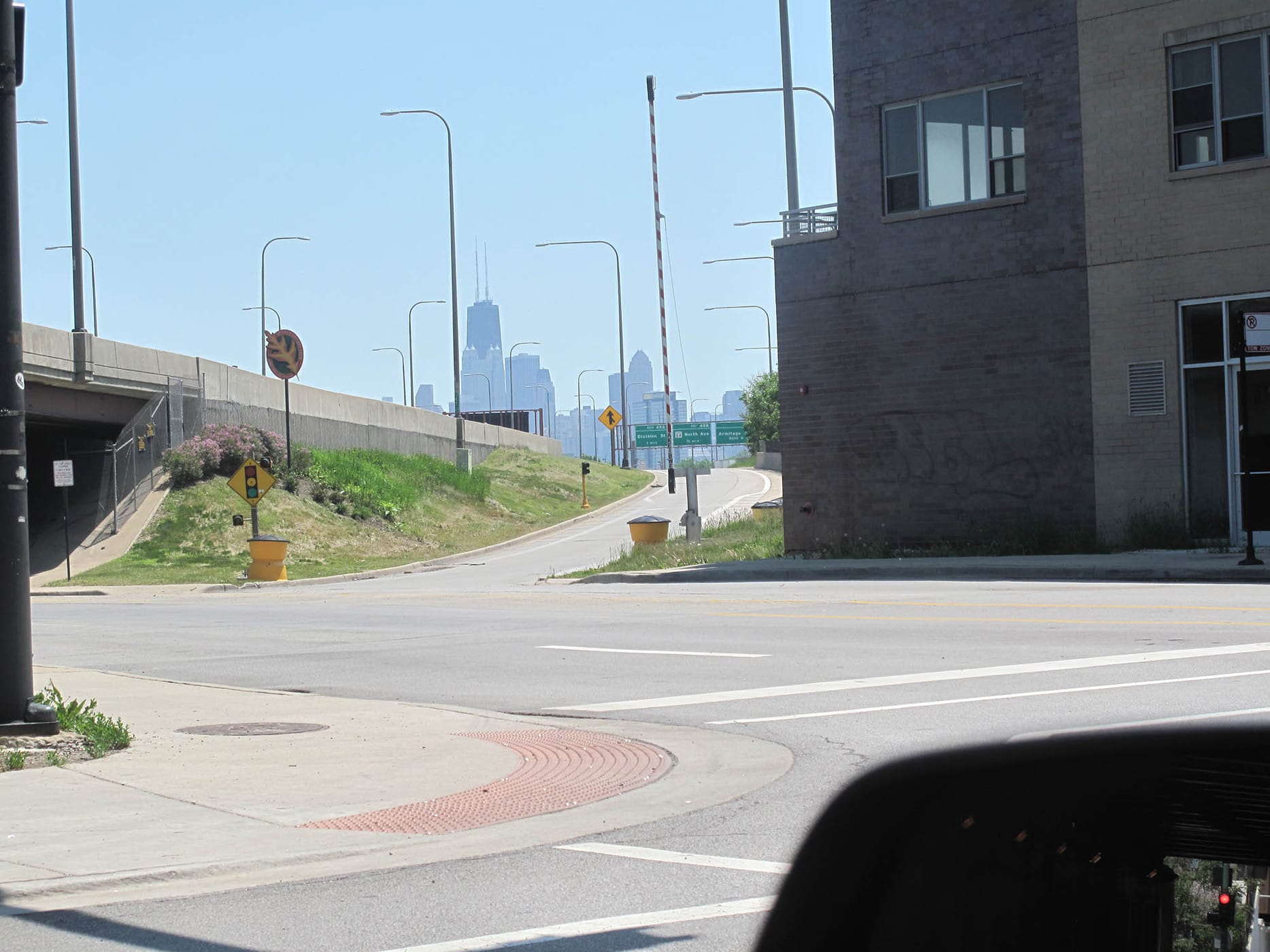 My last view of Chicago when I moved away to start my ’round the world trip.

To be honest, I didn’t really have to make the choice. This decision was mostly fueled by my bank account.

My savings account is getting so low that I knew I’d have to face the inevitability of going home sooner than later. Granted, I probably still have more money than most people who set out to travel have to begin with. But, for me, it’s low.

I figured I had until about the end of January to face the inevitable.

What was once reserved as a “future condo fund” or a “future wedding fund” was now just my travel fund. My life fund.

But, I suppose, there comes a time when you need to stop relying on your bank account and start replenishing it.

And, that time should probably come before you completely run out of money.

People have told me to monetize my blog. To try to get free accommodation, free press trips, free activities. But, while I’m not completely opposed, it’s just not me. I don’t want to be on someone else’s schedule while traveling. I don’t want to write reviews. I don’t want to feel like I’m not writing what I want. (I’ve noticed lately that some blogs I used to love now are just full of sponsored posts and uninspiring content. Something I hope this blog never becomes.) And I really don’t like the idea of selling links or any other bank-handed ways of making money from blogging, that so many others do. That’s not my scene.

I have managed to do some freelance work while traveling. It’s helped, but not enough to sustain me. And, while I’m a good worker, I’m just terrible at finding that work. I’m not a hustler. 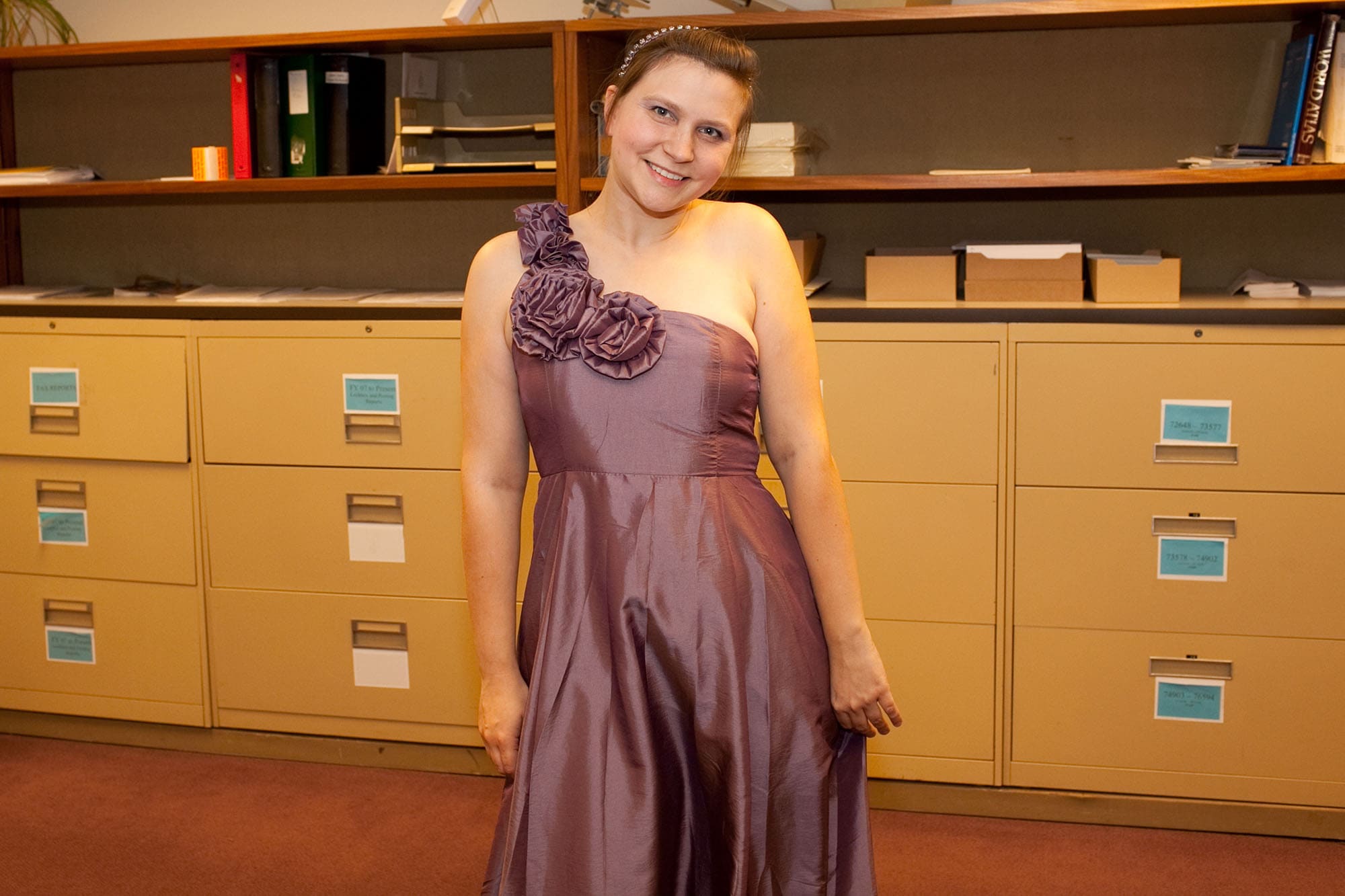 Time to dust off my ball gown for work. Oh wait, I’m pretty sure I sold it when I sold half my life to travel…

I accepted a job back home in Chicago. A full-time salaried with benefits 9-5 job that will rarely end at 5.

I told them that I could come back at the end of October.

It was a ridiculous request, honestly: “Can you hold this job for over two months?” (This has been in the works for a while now.)

But, for some reason, they said OK, they could make that work.

I took back the job that I quit over three years ago when I decided to travel around the world. The job was open again and I was doing it as an “interim” for four months before I took off for New York and Peru (and Bolivia, and Chile…).

Every day for those four months I thought about staying.

I had never left the job because I hated it. I left, simply, because I wanted to travel the world.

And I enjoyed working again. Surprisingly. Actually, I think I enjoyed it more than I had before. I had a new boss who really understood and valued the web and online marketing, understood what I did, which made doing what I did feel more rewarding. I felt like I wasn’t just working, I was working towards something. And I found myself getting excited over what would happen at the company in the future.

But I wasn’t prepared to stay. Not yet. I had to leave.

I had planned to leave for South America back in March but when the job opened up I came on for a few months to fill in until they found a replacement. I needed the extra money. I needed to pay off my credit card. It was perfect.

But my mind was in South America, not Chicago. I couldn’t stay. So when it was time to leave for New York in July, I left. Even though they still hadn’t filled the position.

I wasn’t sure if I made the right choice. And, honestly, as I’m sure you can tell, I’ve felt lately like I’m just going through the motions of travel. I go to places, I see things, but I spend a lot of time at my laptop. And I have little desire to socialize.

I’m traveling, but not the way I want to travel. And I can’t seem to get out of that rut.

Yes, there have been times here, over the past few months, when I’ve truly felt alive. Like trekking Colca Canyon. Like hiking through the Amazon Jungle. Like Salar de Uyuni.

And, I realized that the times I felt most into travel were the times where I was away from my computer. 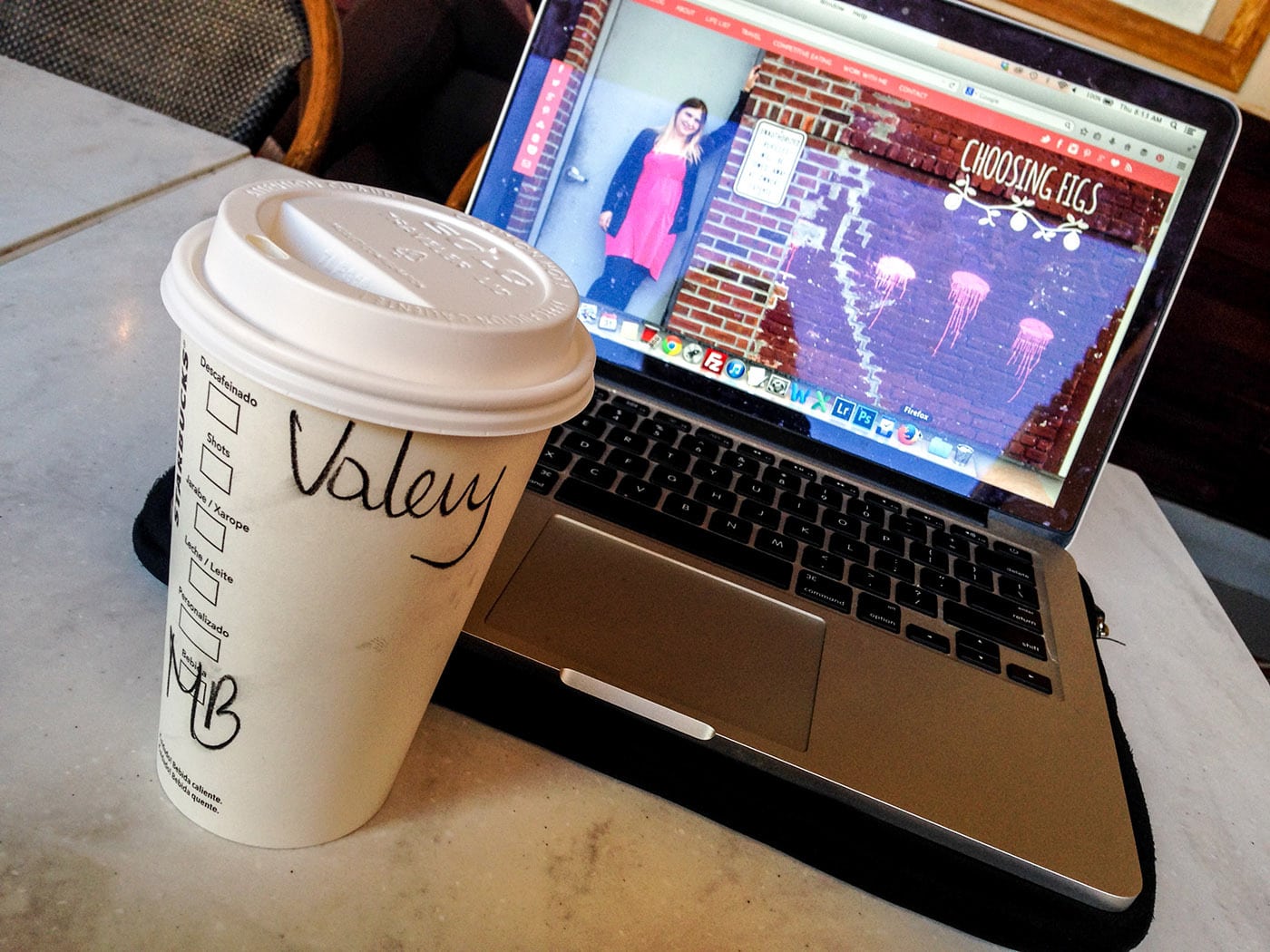 Is spending most of your time behind a laptop really traveling?

I’m still not sure if I’m ready to go home.

But, sometimes, it doesn’t really matter what it is you want. It’s what you need. And, quite frankly, I need money.

So when the opportunity arose to go back to a job that I loved and a company that I loved, I said yes. And I am forever grateful that they allowed me these four extra months of travel, to “finish,” to get used to the idea of going back, to mentally prepare.

That’s not to say I’m never going to travel again. I totally negotiated to get extra vacation time. And, I’m sure, someday, in the future, I will be back to traveling full-time.

My biggest fear is that I’ll get too stuck again. That I’ll never leave. It’s valid. I don’t intend to live with my mom and save all my money and leave again in 6 months. First, I wouldn’t do that to the company. Second, I don’t want to live with my mom. And third, I don’t want to live a life in limbo. I dream of decorating an apartment and so that’s what I am going to do.

I know it will be hard to save.

But, I’ve already quit two jobs to travel. So, I think it’s safe to say that, someday, I will be on the road again.

And I’m excited about living in Chicago again, a city I love (in the summer anyways…). And I’m excited for all the things that being “settled” brings.

So I will go home. Get an apartment. Buy one of those couches I’ve been lusting over. Buy a bed. A real bed with as many pillows as I can imagine and clean sheets and enough blankets to keep me warm at night. Take hot showers. Use a towel that doesn’t smell like mold. Wear clean underwear. Flush my toilet paper. Take guitar lessons. Cook in a kitchen that has what I need to cook in it. Eat at all the Chicago restaurants I want. All of them. Watch theatre and improv and opera. Read all the Baby-Sitters Club books. Go to festivals. Do yoga (OK, don’t hold me to that). Enjoy coffee shop mornings. Drink coffee that isn’t Nescafe. Date (hopefully…) Train for the next hot dog eating contest. Watch the entirety of Netflix in one sitting.

And I’m going to have real health insurance (not just a cheap plan with a ridiculous co-pay). So I’m going to do things like ask another three doctors if this lump on my shoulder is anything to worry about. (For the record three have already said no…) And get my hearing checked so I can finally hear what men are whispering to me on bed. (If you have ever whispered anything to me, I didn’t hear it. Who knows what I’ve agreed to…)

It’s another kind of adventure. Really. 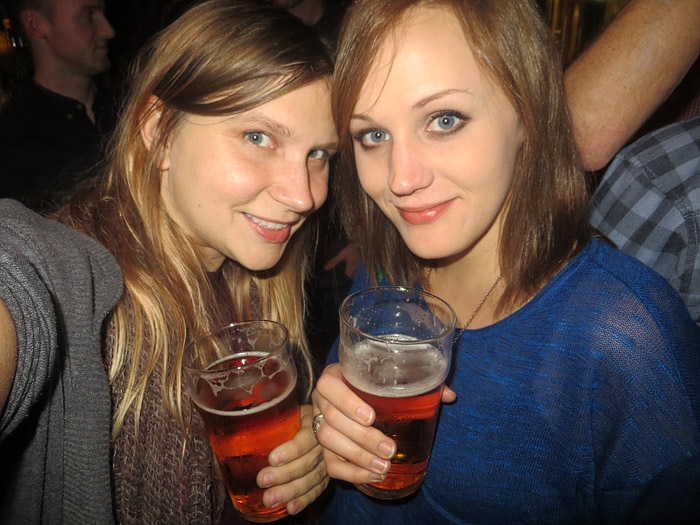 I met Christina at TBEX last year and haven’t seen her since leaving Galway.

Today, I leave Chile, I leave South America, and will fly to Madrid to hang out with my friend Christina.

And then I will spend my last week as a travel blogger like any girl should: at a travel blogging conference. Yes part of the reason I asked them to hold the job until the end of October is that I had a ticket already to TBEX Athens.

Don’t worry though, I only slightly kid about it being my last week as a travel blogger. I never considered myself to be a travel blogger to begin with. I’ll keep blogging and thoroughly intend to be a total domestic goddess blogger. Or, something like that. So expect more posts about tofu salads and finding the perfect couch. I hope you still follow along. I promise to still be the same neurotic girl who has captured whoever is out there reading this. I promise to still take cool photos that will inspire you to see Chicago or make a smoothie or spend a weekend watching Netflix. I promise to still have random sex and tell you about it (hello Tinder!)

So, three years and four months after quitting my job in Chicago to travel the world, I am returning to Chicago to take on the same job. I fly back from Greece on October 27 and start work on the 28th. (What, you didn’t think I’d come back a moment sonner than I needed to, did you?) Yes, I’ve been back before. But never with a sense of permanence. This time, it will be for the long haul.

To live will be an awfully big adventure.

As the last line in the movie Hook goes.

And I think I am ready to live for a while. 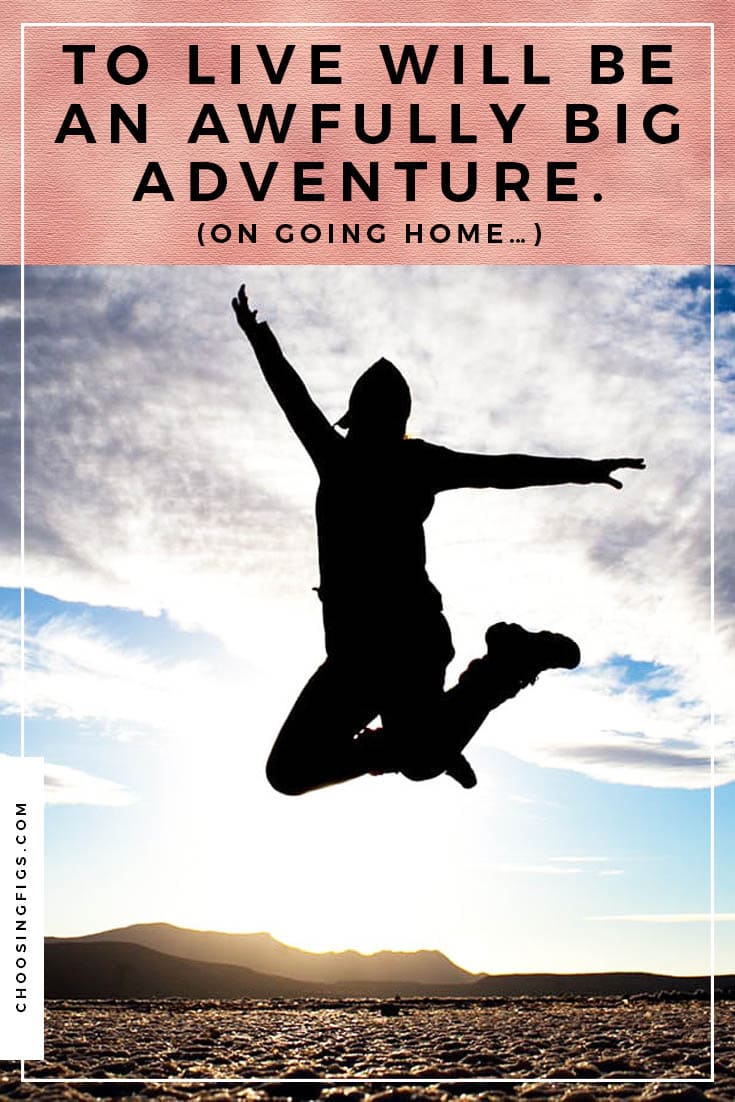