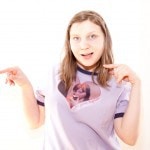 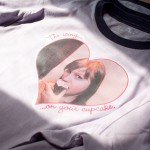 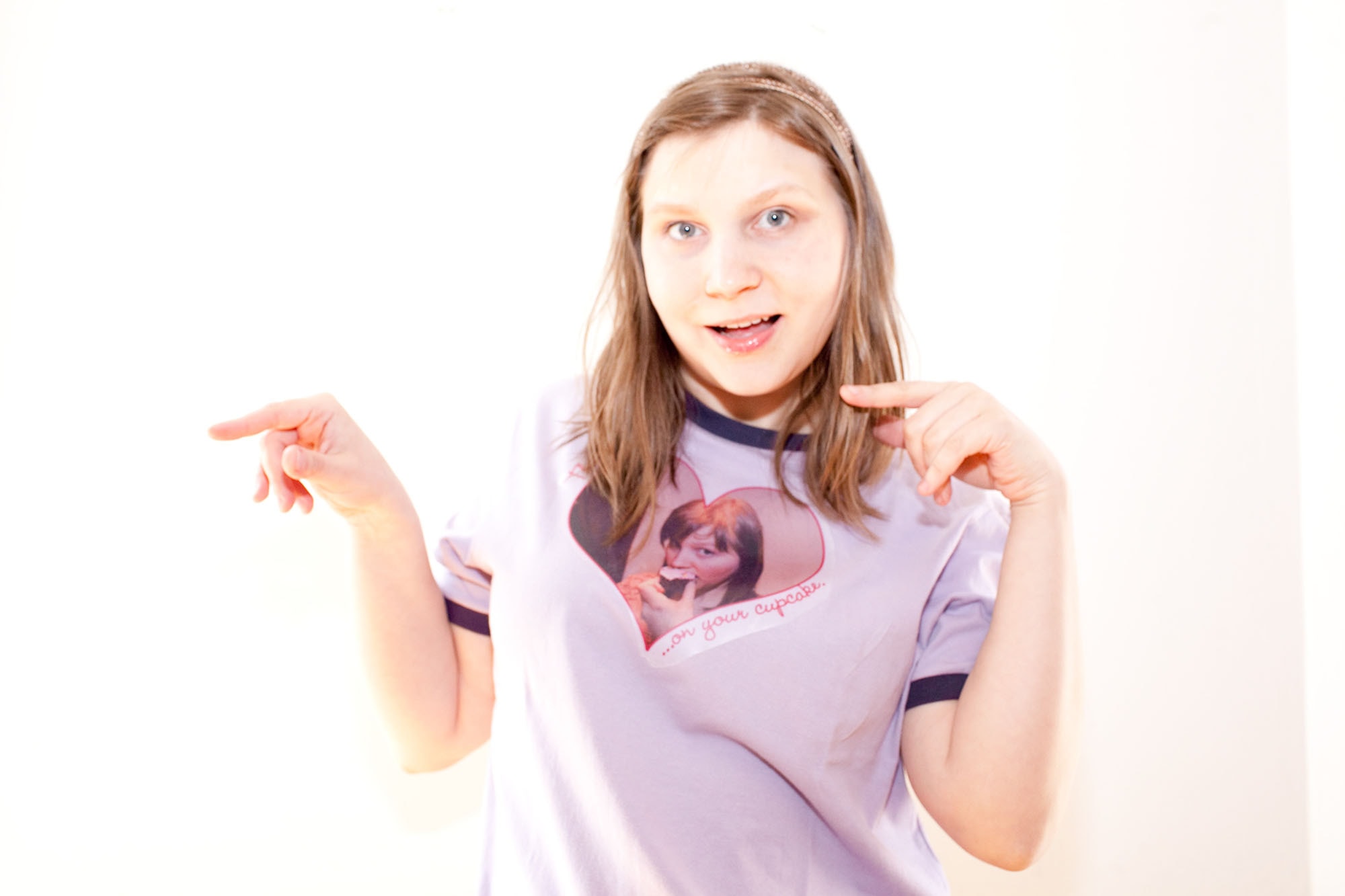 Home » Blog » competitive eating » The icing on your cupcake.

I told you before that I signed up for my first professional eating contest…actually my first any kind of eating contest! I can’t believe that the day is finally almost here! This Saturday my entourage and I are driving out to Waterloo, Iowa where, for eight minutes, I’ll be stuffing my face with cupcake goodness.

I know that every time I’ve bought a cupcake over the last few months I’ve joked that it was “training,” but really, eating a leisurely cupcake here and there really was doing nothing to help me prepare. I have no idea how I will do. I like to eat, and am a fast eater, but I don’t think I’m competition fast. So I decided yesterday that it was time to buckle down and see just how fast I could eat a cupcake…

Here is my training session for the cupcake eating contest:

So there you have it: I can eat a cupcake in approximately 52 seconds. Although it’s actually a little less because if you noticed I totally fumbled and pressed the wrong button on my timer so it should have been stopped a little earlier. And I guess it depends on how big the cupcakes are. I’ve had bigger cupcakes and I’ve had ones smaller. I have no idea how big the ones we’re eating will be!

So I guess you’ll have to wait and see! Anyone want to guess how many cupcakes I can eat?

I also was hard at work this weekend preparing for my fan club. They need to look cute, right? I made some t-shirts and decided on the slogan “the icing on your cupcake.” Because the icing on the cake is something that just makes a good thing better. 🙂 I had to settle for purple t-shirts because who’d have thunk that the men’s section at Old Navy wouldn’t be swarming with pink shirts? But I suppose purple is still an acceptable color. 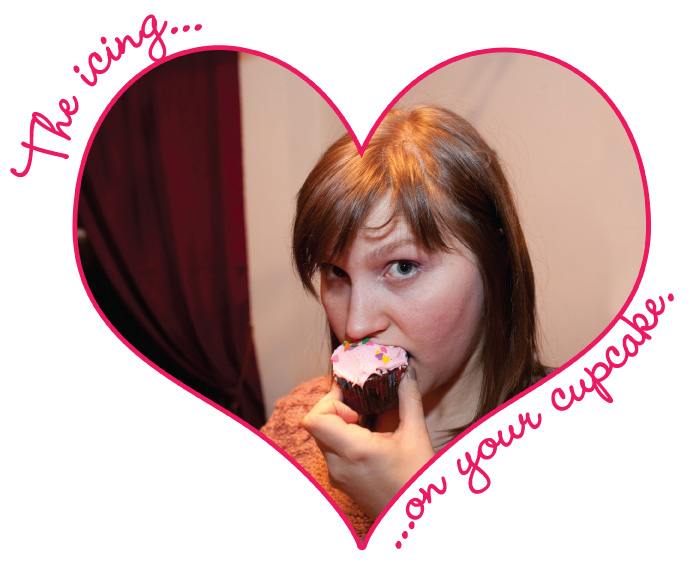 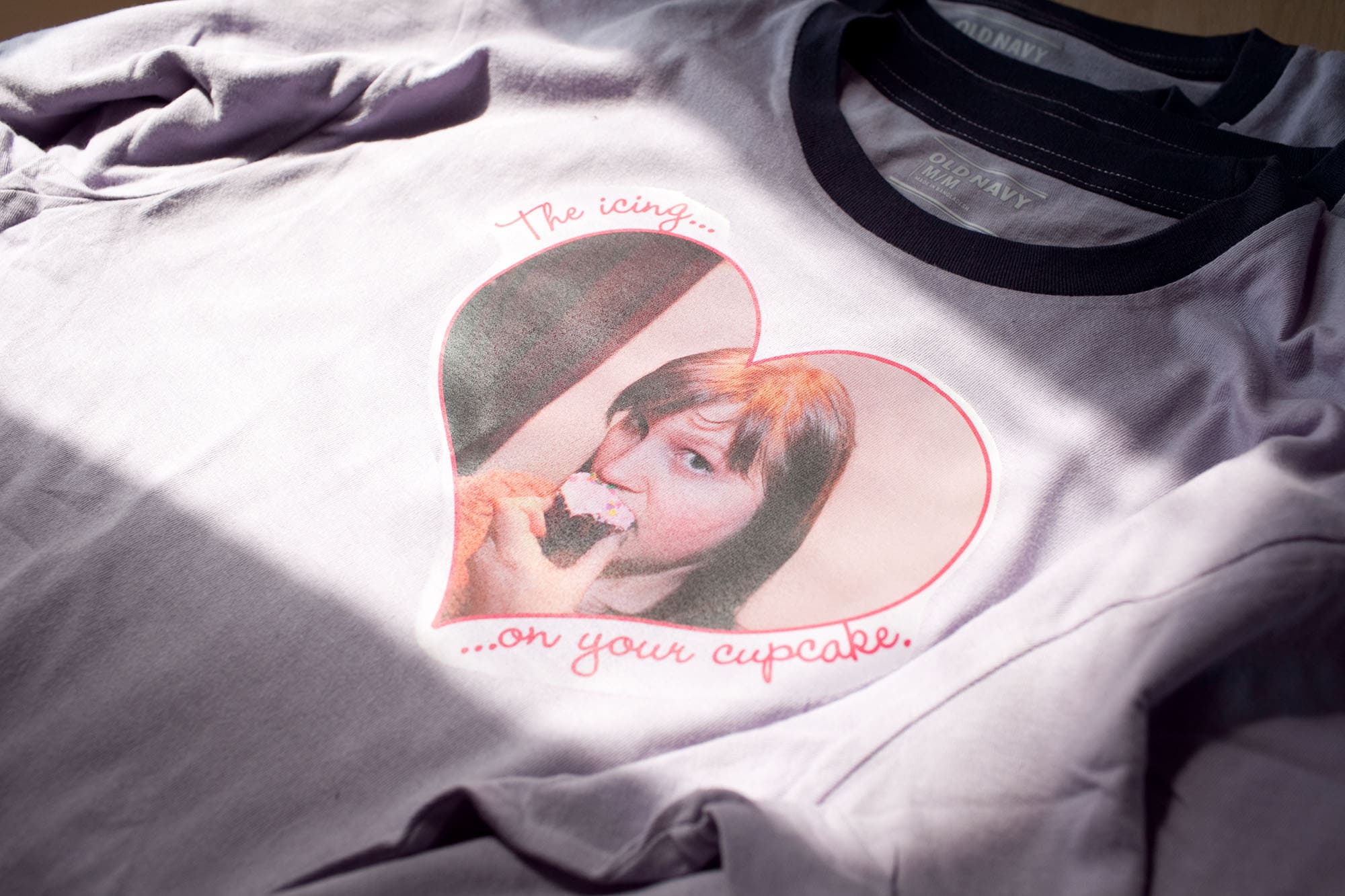 So I’ve got my practice session in and my t-shirts made! I am so ready to go up against Pat Bertoletti, Bob Shoudt, and all the other nationally ranked eaters.

in competitive eating
by Val Bromann
Baconfest Chicago: too much bacon?!?!

Baconfest Chicago: too much bacon?!?!