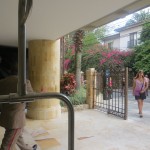 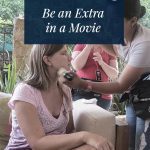 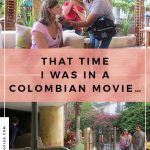 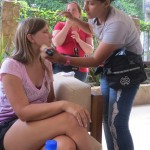 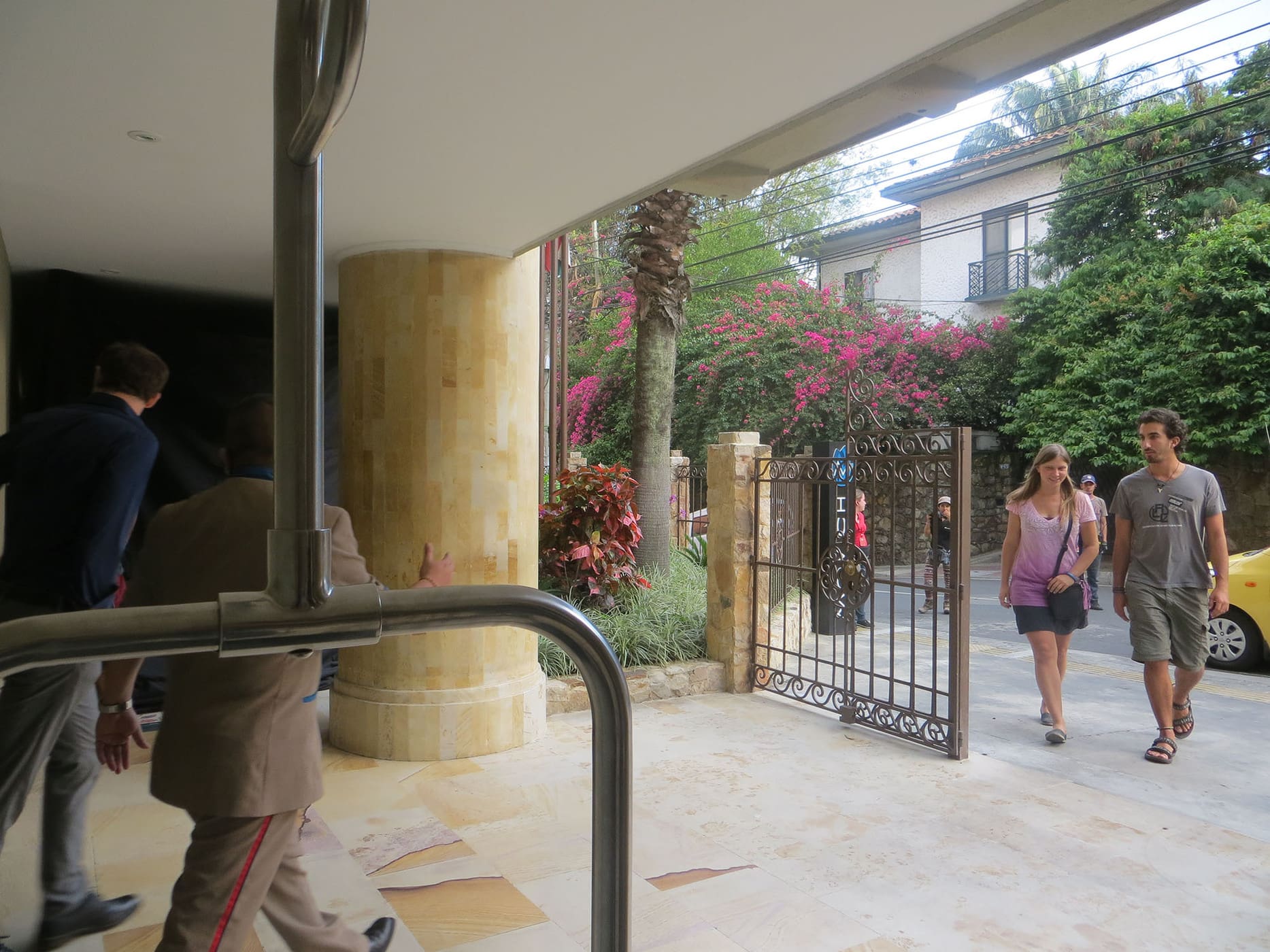 That time I was in a Colombian movie…

My private salsa lesson that day had been moved back. And so I had nothing better to do when my friend Yaron asked if anyone wanted to go watch a movie that was being filmed down the block.

We headed over the cultural center and watched for an hour as a group of dancers in shiny costumes practiced a salsa routine over and over. 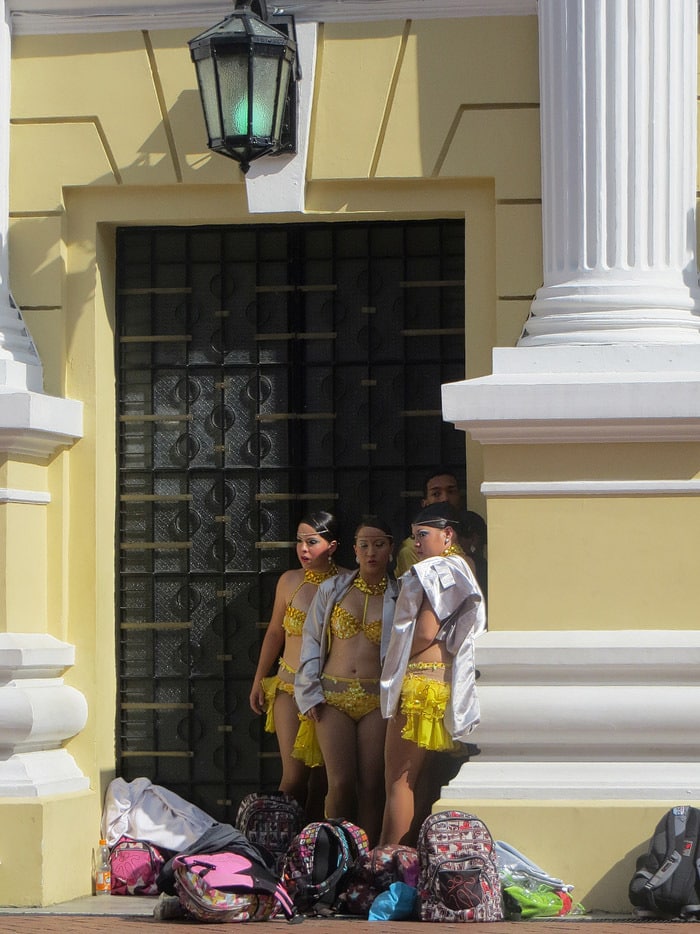 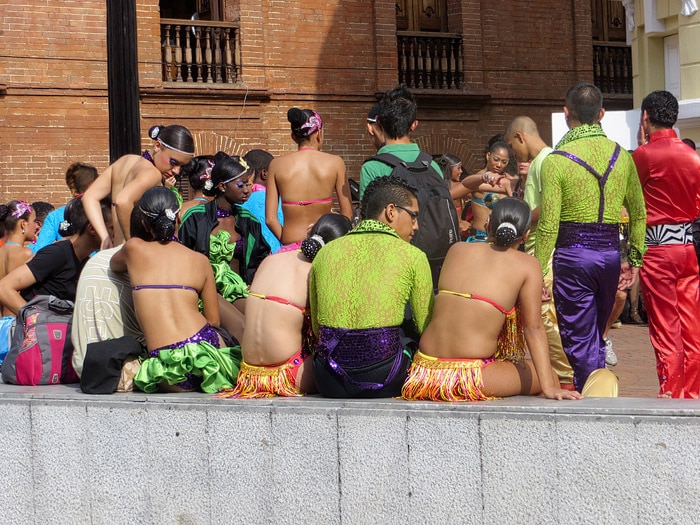 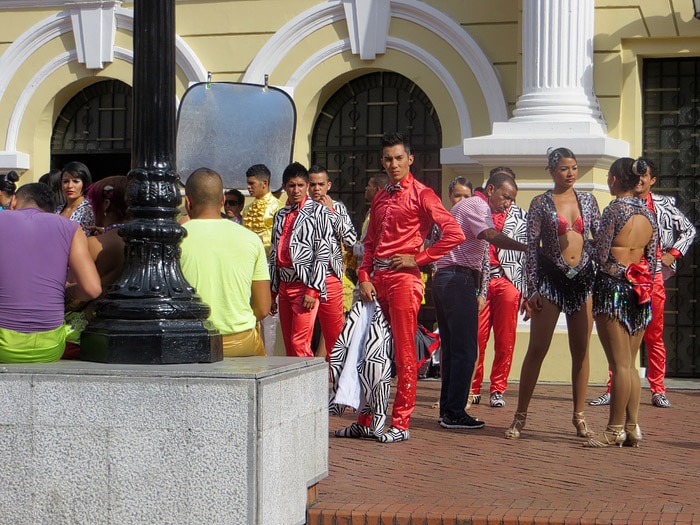 At one point, as I was taking a picture, a woman with a badge and a clipboard came running towards us. I quickly turned my camera off, thinking that she was going to come yell at me for taking photos and ask me to stop.

But no, she saw us watching and needed a few tourists to be extras the next day. “Yes!” I yelled raising my hand high up in the air. She told us there was no pay but I said I didn’t care. I was going to be in a Colombian salsa movie!

Now, it’s not the first time I’ve been filmed for something…though my track record so far is pretty dim: I have been cut from both a competitive eating reality show pilot and a Bollywood blockbuster. But…some day I have to have my moment in the sun…right? RIGHT?

(I mean, it is one of my life list goals to be in a horror movie. And that totally has to happen. Do you hear me Wes Craven? Maybe this will be my big break.)

The next day Yaron and I and our friend Alex headed over to the filming location. We waited around for a while as they were running a bit behind. They did my makeup, just some powder and lipstick, which was, truthfully, more makeup than I’d worn in six months. 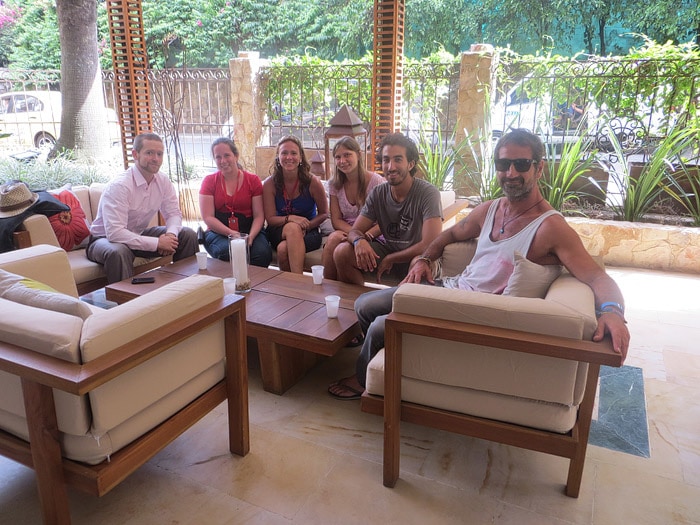 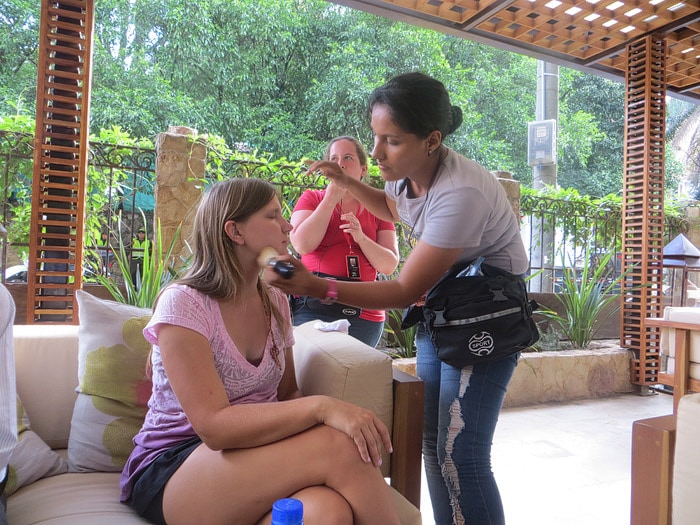 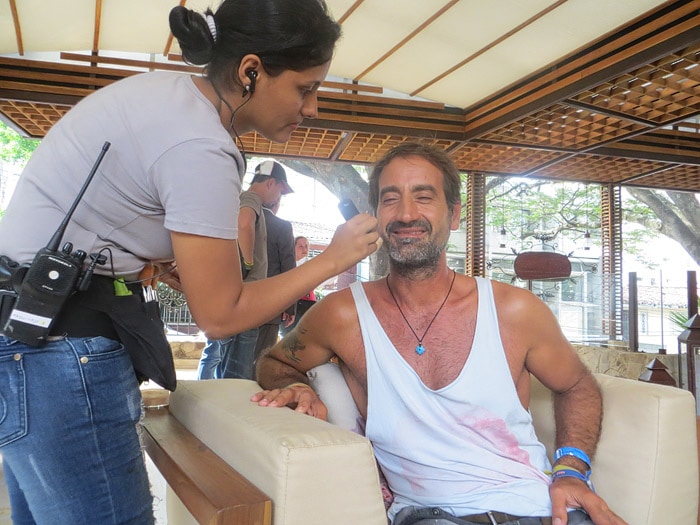 And then we were called to action. Yaron and I had a very serious and very important role: we were to walk into the lobby, towards the elevator, push the button, and not actually get on the elevator when it came. 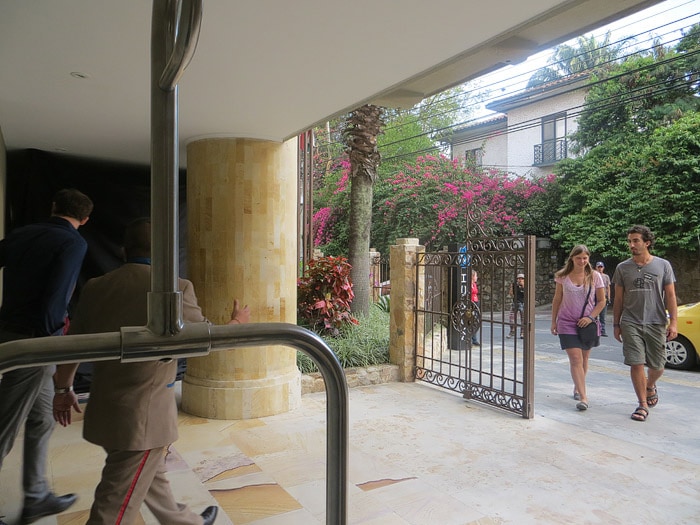 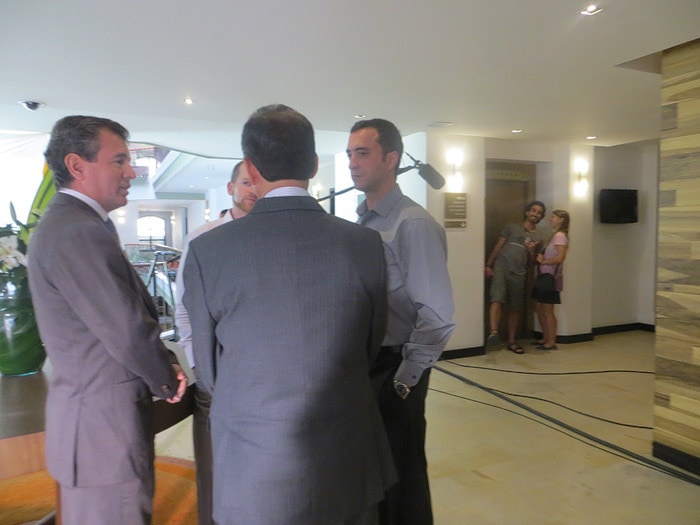 And we totally nailed it.

So, if you happen to catch Ciudad Delirio…whenever it comes out…look for me! I’ll be a Colombian movie star yet! 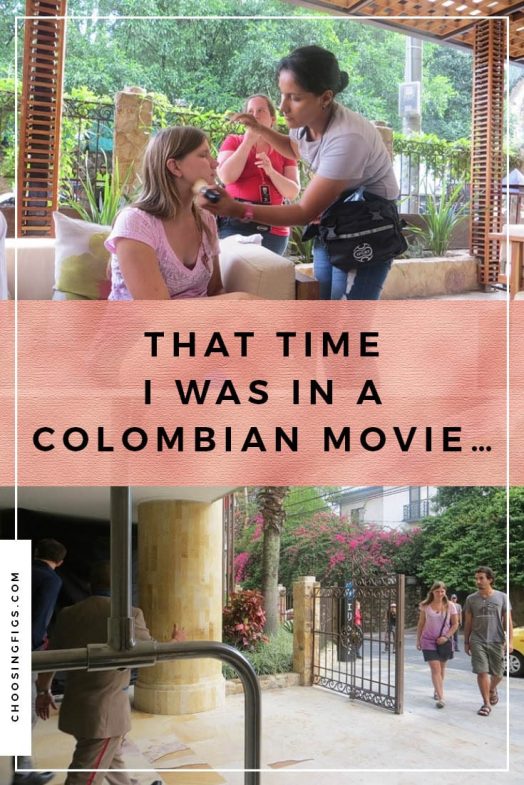 That time I was in a Colombian movie. Filming a salsa movie – Ciudad Delirio – in Cali, Colombia. 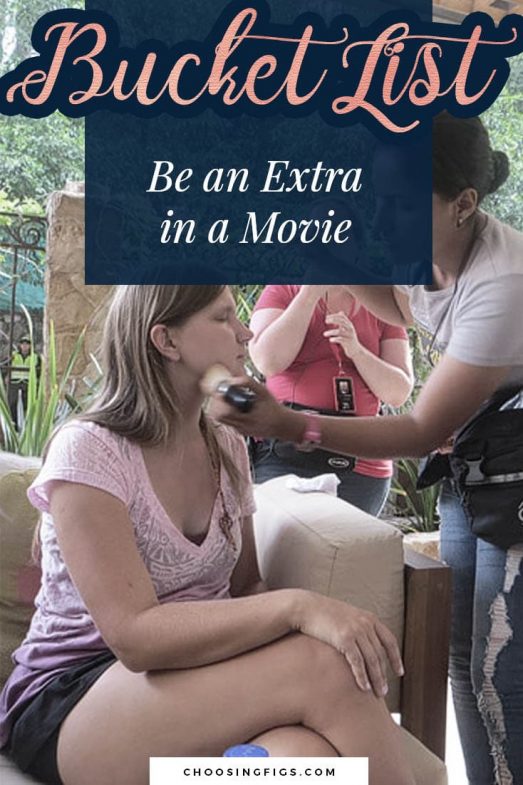 Bucket List Idea: Be an extra in a movie. | That time I was in a Colombian movie. Filming a salsa movie – Ciudad Delirio – in Cali, Colombia.

in Cali, Colombia, Latin American Adventure, movies, Round the World, South America, travel
by Val Bromann
It’s not a Jewish holiday without Jesus. (Or, my first Rosh Hashanah.)

It’s not a Jewish holiday without Jesus. (Or, my first Rosh Hashanah.)