Support Valkyrie this Fourth of July

In Norse mythology, a valkyrie (from Old Norse valkyrja “chooser of the slain”) is one of a host of female figures who choose those who may die in battle and those who may live.

Sometimes I get an idea. And I get way too excited about that idea. And then everything goes wrong and I end up crying for days and nothing is fun anymore and I just want to give up and crawl under my comforter with a tub of ice cream.

When I qualified for the Nathan’s Famous Hot Dog Eating Contest, I knew right away that I wanted a t-shirt so my fans (coughfriendsandfamilycough) could have something to wear on the Fourth of July.

Of course, this ended up with me freaking out because I couldn’t figure out a good competitive eating nickname. And then getting a design for the shirt involved too much drama over having to hire two designers, being yelled at by one of my best friends, being called a nightmare, storming out of a bar in tears, and crying non-stop for two days straight.

But anyways. Eventually things came together and from now on we’re going to forget all that and forget the people who are saying I don’t deserve to compete and forget the people leaving me messages berating me for participating in something that epitomizes “all that is wrong with America.”

Because this is supposed to be fun.

This Fourth of July I am competing in the Nathan’s Famous Hot Dog Eating Contest in New York, and you should totally buy a t-shirt and support me! Ever since I attended my first Fourth of July host dog eating contest, I dreamed about being a part of it. My day is finally here and I am so excited!

Even though I am a pretty awful eater, I appreciate all the support of my friends out there who are always encouraging me to follow my dreams! 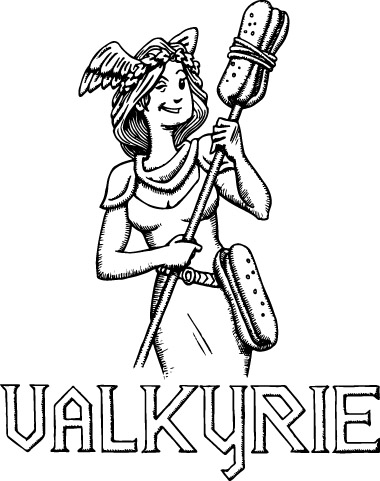 My official competitive eating nickname is Valkyrie. I still had no idea what it should be when George Shea, head of Major League Eating, bestowed this monicker on me. And what George Shea says goes. But I like the name, it’s from a Norse myth about women who decide who live and who die in battle. Plus there are apparently valkyries in the Ring Cycle so it ties in my opera life. Plus it kind of looks like my name with some extra letters in there. So it totally works. 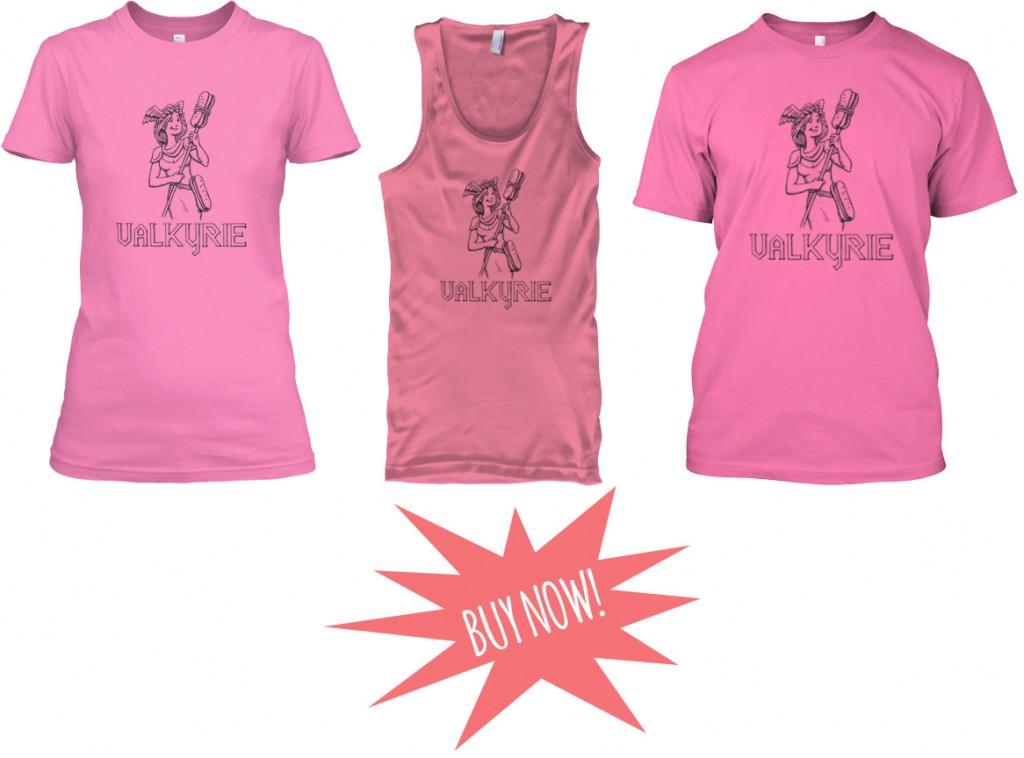 The t-shirt is available in my favorite color pink in women’s, unisex, and tank top options. (If for some unknown reason you are that against pink, you can also buy it in white.)

It’s also available in youth sizes here! Because your kids want to cheer me on too!

(I’m selling through TeeSpring because after scouring the internet for every possible choice this seemed the best option to choose the right colors and styles, keep the price down, and keep the quality high. It works kind of like Kickstarter where you reserve your shirt now and once the campaign is over they will print all the shirts at once. You should receive it before the Fourth of July!)

Buy a t-shirt and root for me this Fourth of July! Even if I’m sure to come in last place…

Clueless about the contest? All the information you need is right here, updated often with new developments!

Did you buy a shirt? Post a photo of you wearing it this Fourth of July on my Facebook page!

Gone to the dogs.