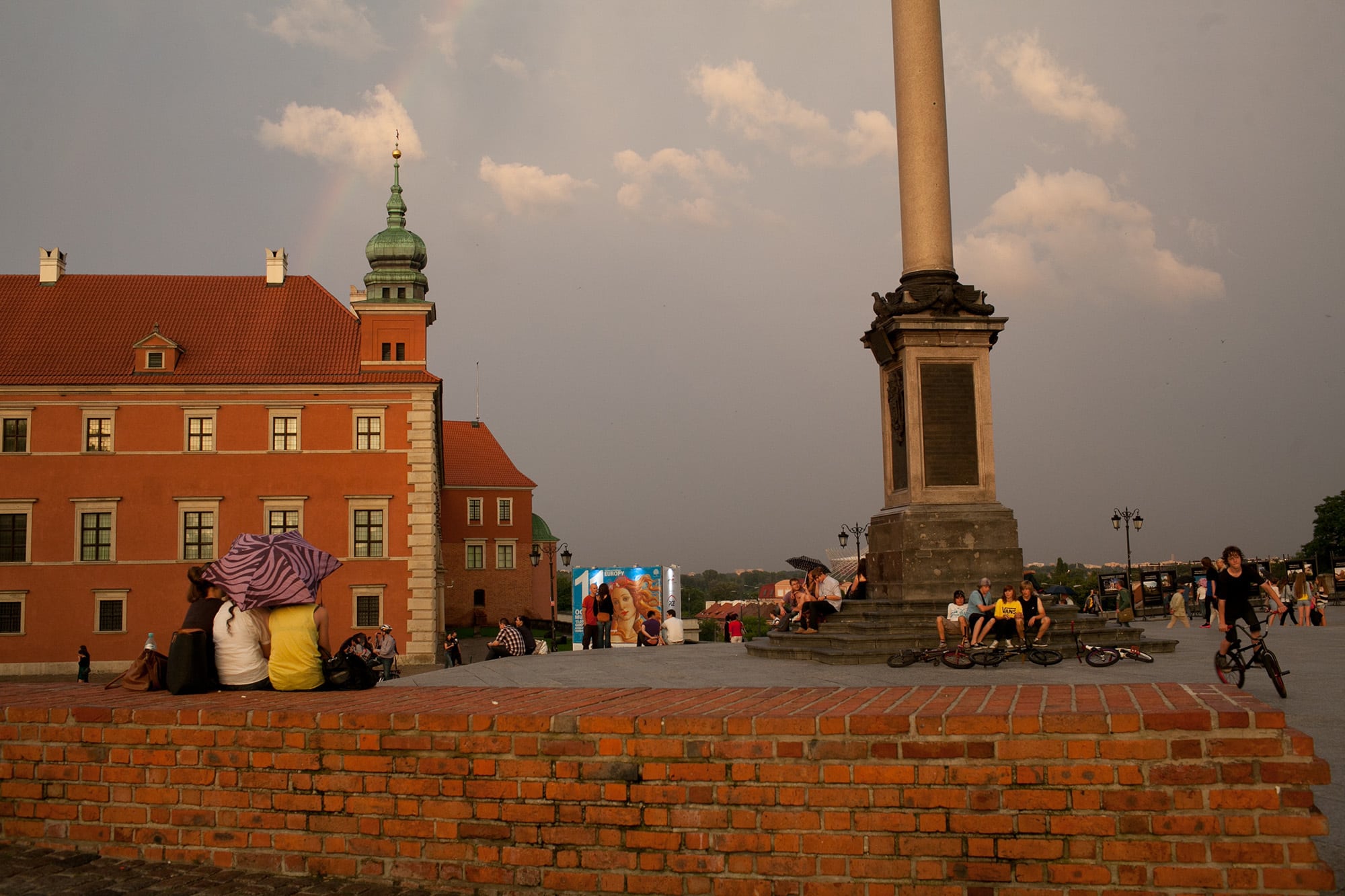 A rainbow, and a good night, in Warsaw, Poland.

I have a confession. This is a trip I want to have done. That’s not to say that it’s not something I want to be doing. But I wish I had already done it already. That I had traveled throughout my 20s. That I didn’t waste away so much time doing nothing. That now that I’m 30 I could hang up the photos from my European adventures in the cute condo I share with my husband.

My thoughts consistently bounce back and forth between “I want to go home” and “I never want to stop.”

And I keep having to remind myself that I’ve only been in Europe for one week. That I can’t miraculously expect for all my problems to go away, to suddenly be a different person who is braver and has more self-confidence and who knows what she’s doing and has found this mythical clarity she hopes to find.

It’s only been one week. It will hopefully come with time. Or at least partially come in time.

I’ve found that I sit and stare a lot. On the couch in the hostel. On park benches. In front of monuments. I plop down to rest my feet. And ten minutes later I think, “I should move.” And twenty minutes after that I think again, “I should move.”

The other night I was sitting in Castle Square in Warsaw. Staring. And it started to rain. And I sat there in spite of it. And when the sky cleared a rainbow formed over the Royal Castle. 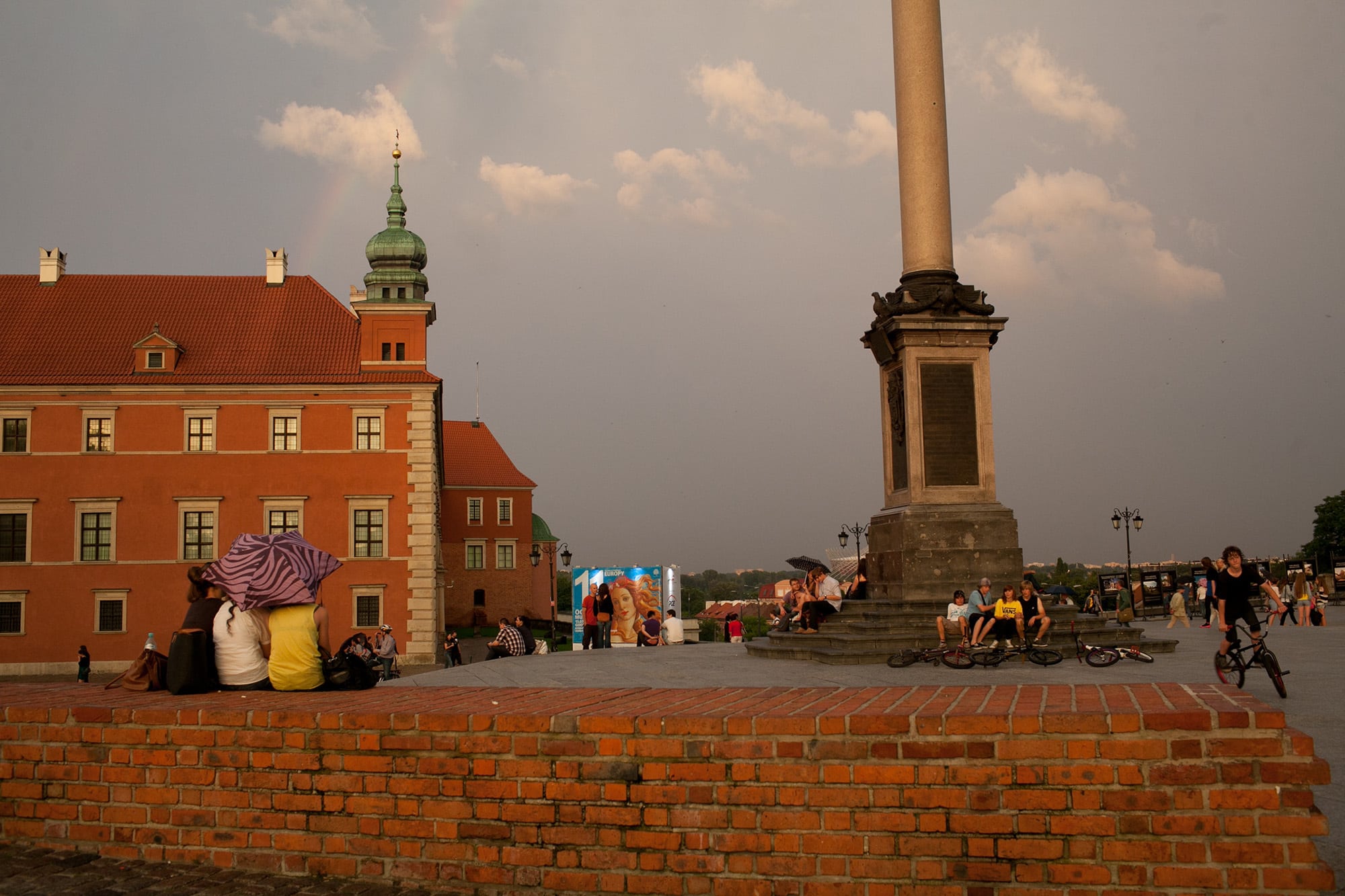 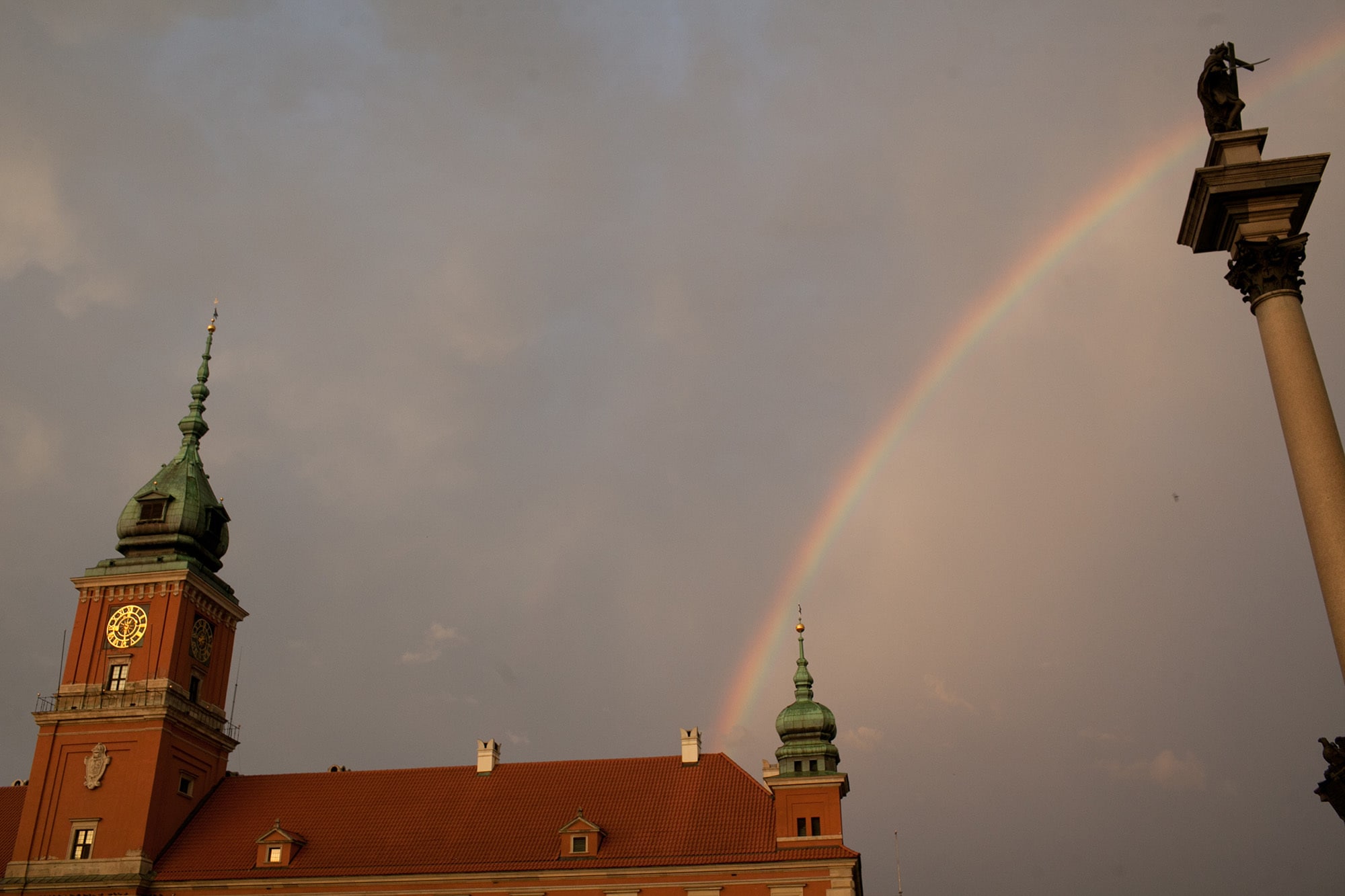 And I thought “how many other people in the world are seeing this right now.”

When the rainbow started to fade I took a walk and came across a Polish concert. It was an indie rock type band that I wish I knew the name of. I sat and watched that for an hour or so. Because I had no where else to be and no reason to get back. Which is a good feeling. 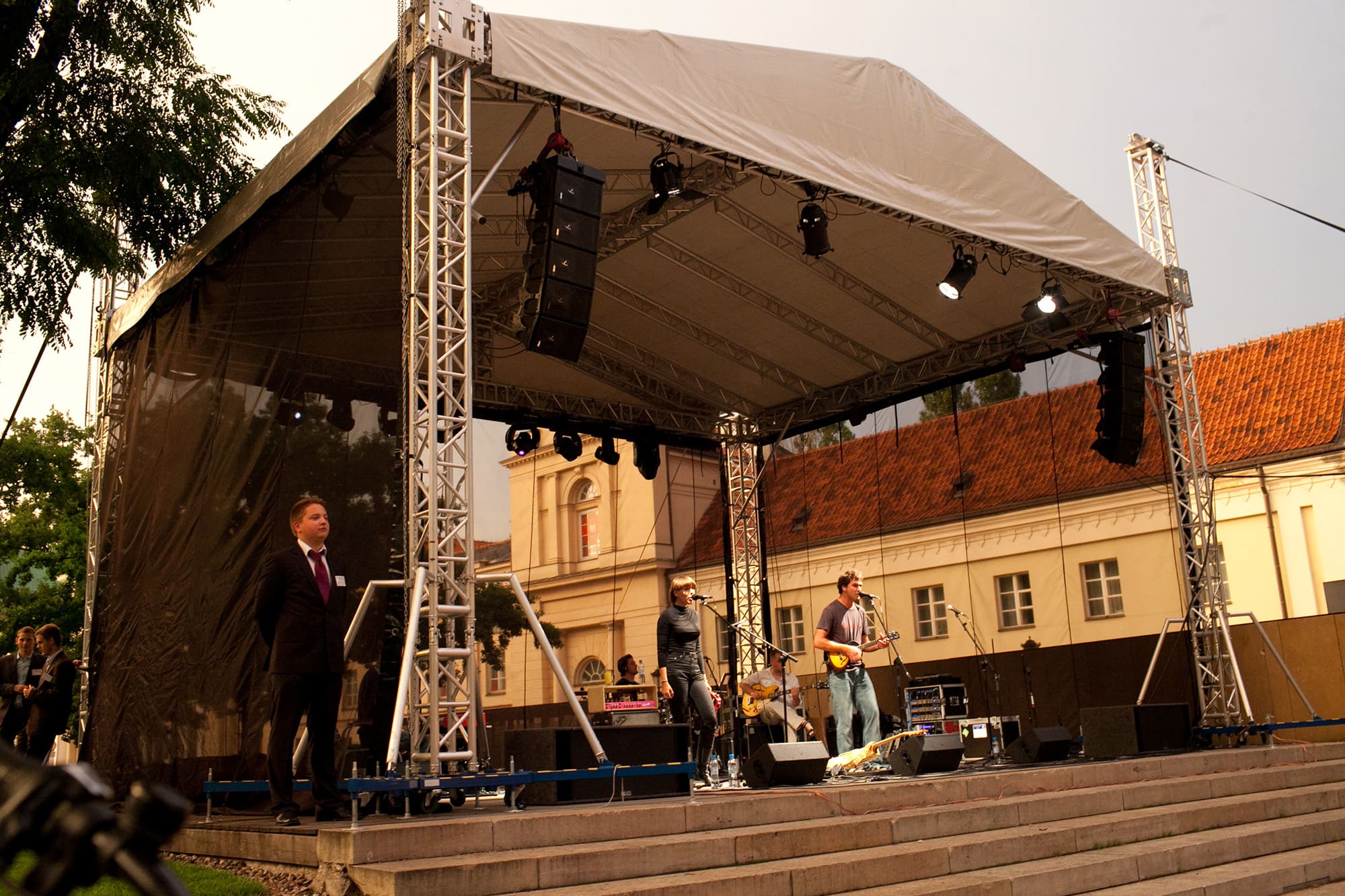 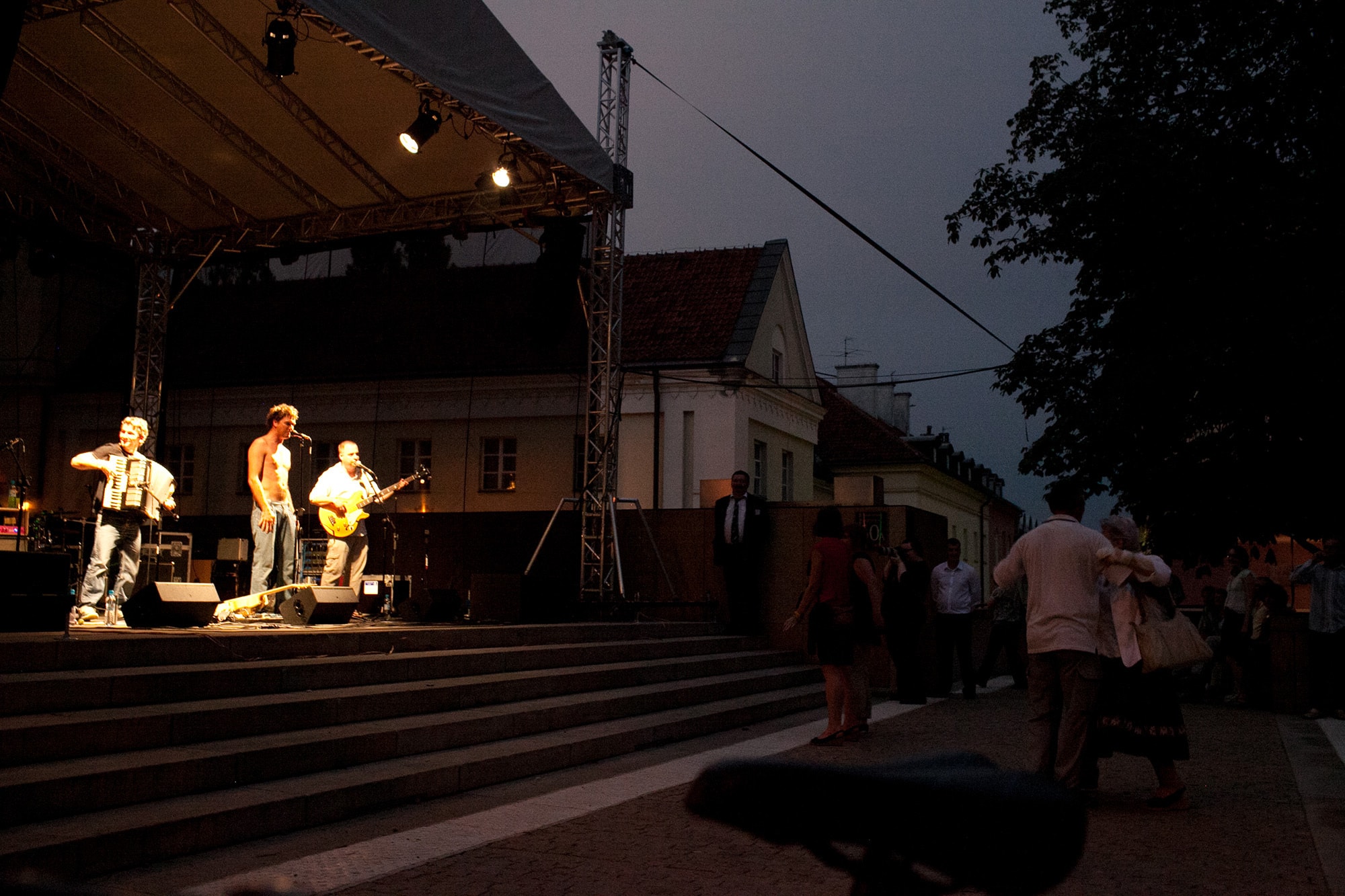 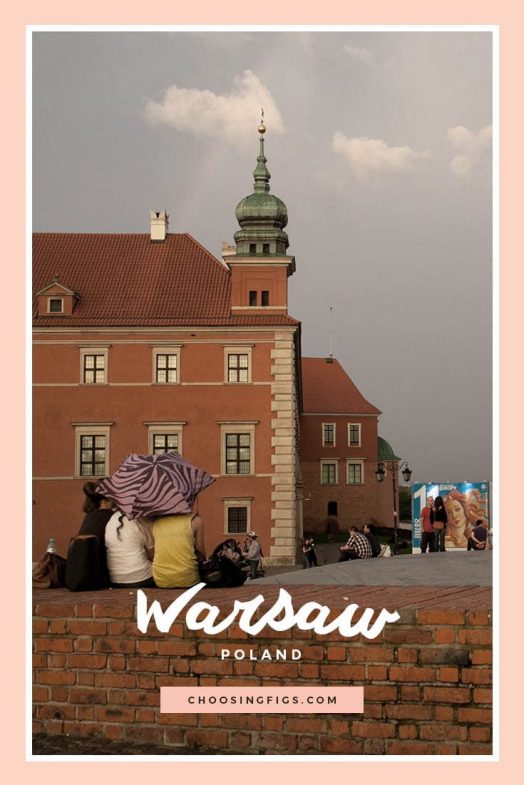 Somewhere. A rainbow, and a good night, in Warsaw, Poland. 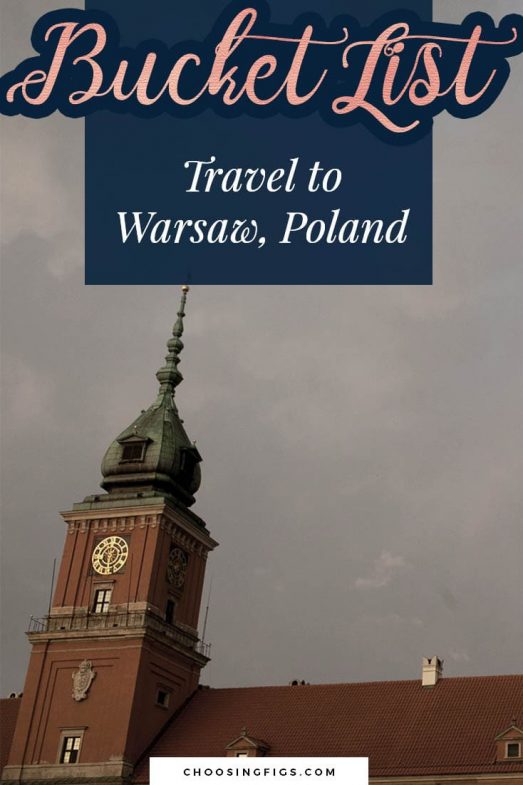 in Europe, Poland, Round the World, travel, Warsaw
by Val Bromann