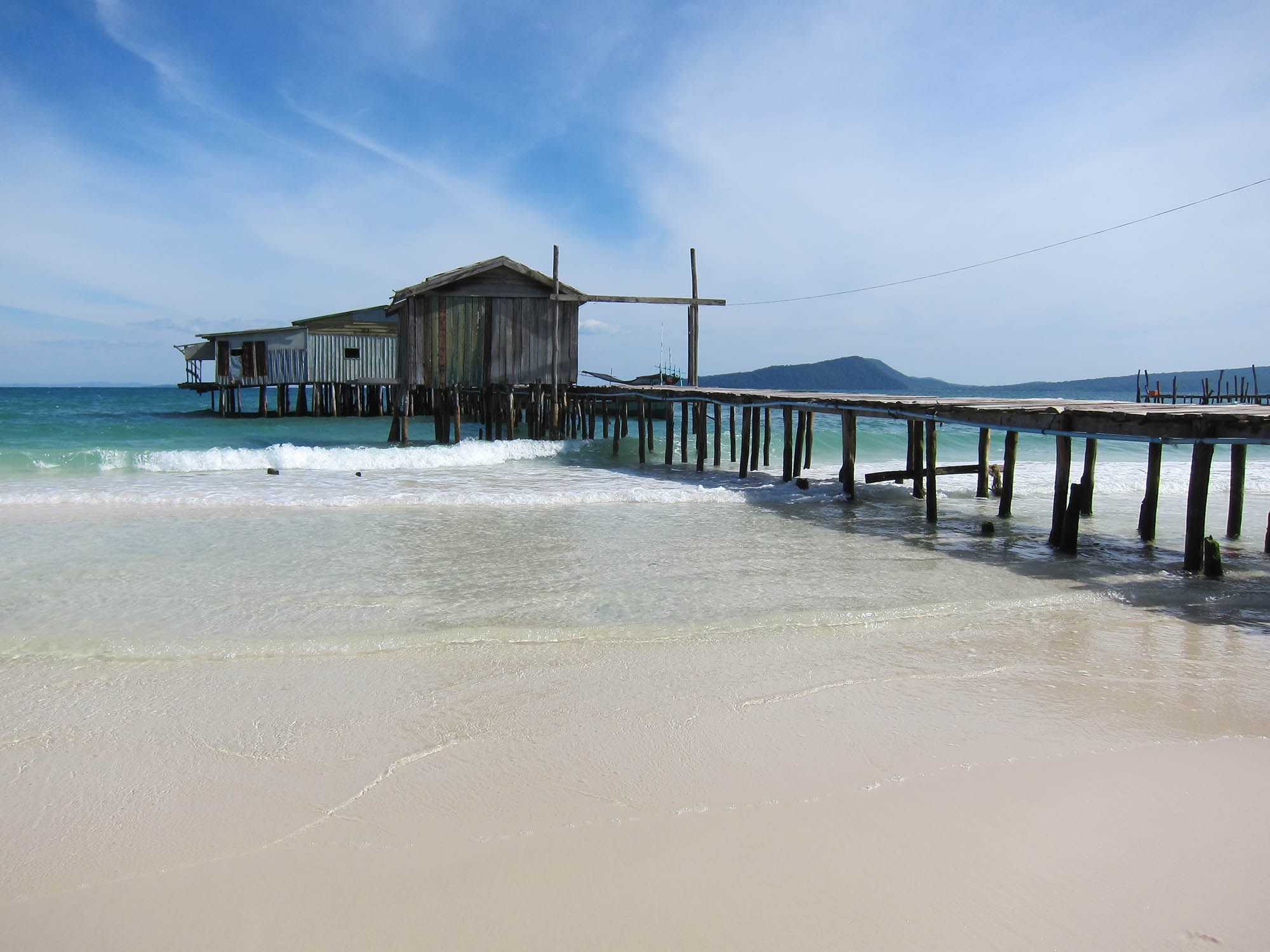 Wishing I was alone on Koh Rong Island, Cambodia.

I often remember those words that an old artist told me while we were sitting in a bar in Amsterdam. It was a chance and brief encounter. He probably never would remember me or remember uttering those words. But it is a phrase that I’ve kept with me ever since. It may have only been appropriate that the man who once told me that was Dutch.

Without really thinking I agreed to go on an overnight snorkeling trip with Jonno on Koh Rong Island, Cambodia, one of the neighboring islands of Sihanoukville. I wasn’t quite sure I wanted to go for some beach time overnighter. And don’t get me started on snorkeling. I can’t swim, I hate putting my head under water, I’m afraid of sharks eating me.

But I said OK anyways.

I woke up, on the morning of our departure, freezing. Sihanoukville gets cold at night, and no one gives you blankets. And my bathing suit and dress were still wet from the day before. And it was only 6:30am. I didn’t even wake up that early for work.

So let’s just say that the day and I didn’t really start out on the best of terms.

When we got on the boat I knew almost immediately that I had made a mistake. The ride takes over two hours and the water was extremely rocky. I started to feel nauseous right away and within the first half hour I was full on sea sick and puking in the boat’s squat toilet. 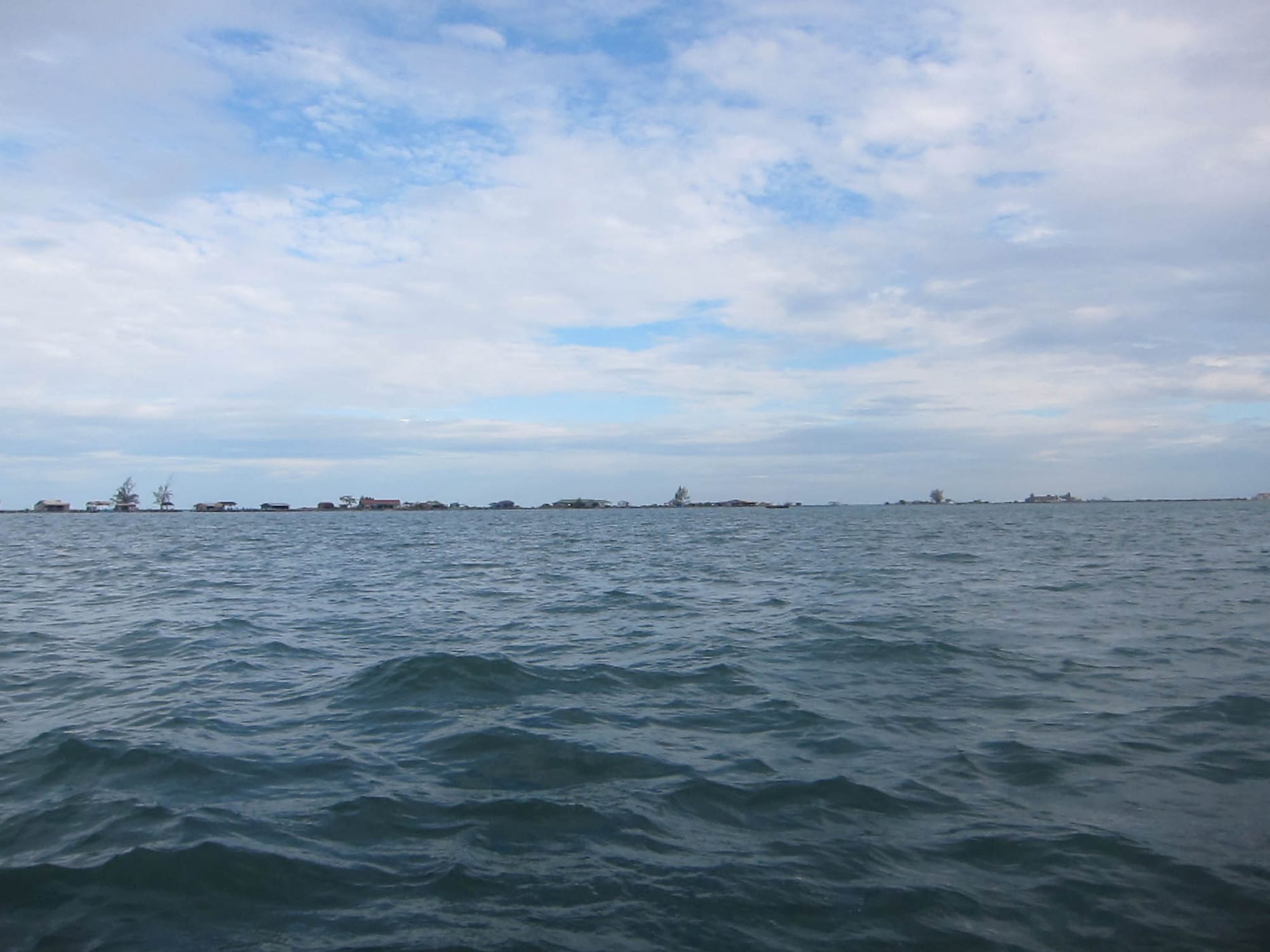 I spent the rest of the ride alternating between holding my balance in the bathroom and burying my head in Jonno’s lap.

When we arrived on Koh Rong the woman in charge told us, thankfully, that we could switch out snorkeling time to the next day, since we’d be staying the night anyways and since I obviously was in no rush to get back on a boat ever again.

So, instead, we spent the day relaxing on the beach, climbing rocks, watching the dogs that seemed to own the island, watching a random yak who liked to wander free, eating seafood on the water, drinking. 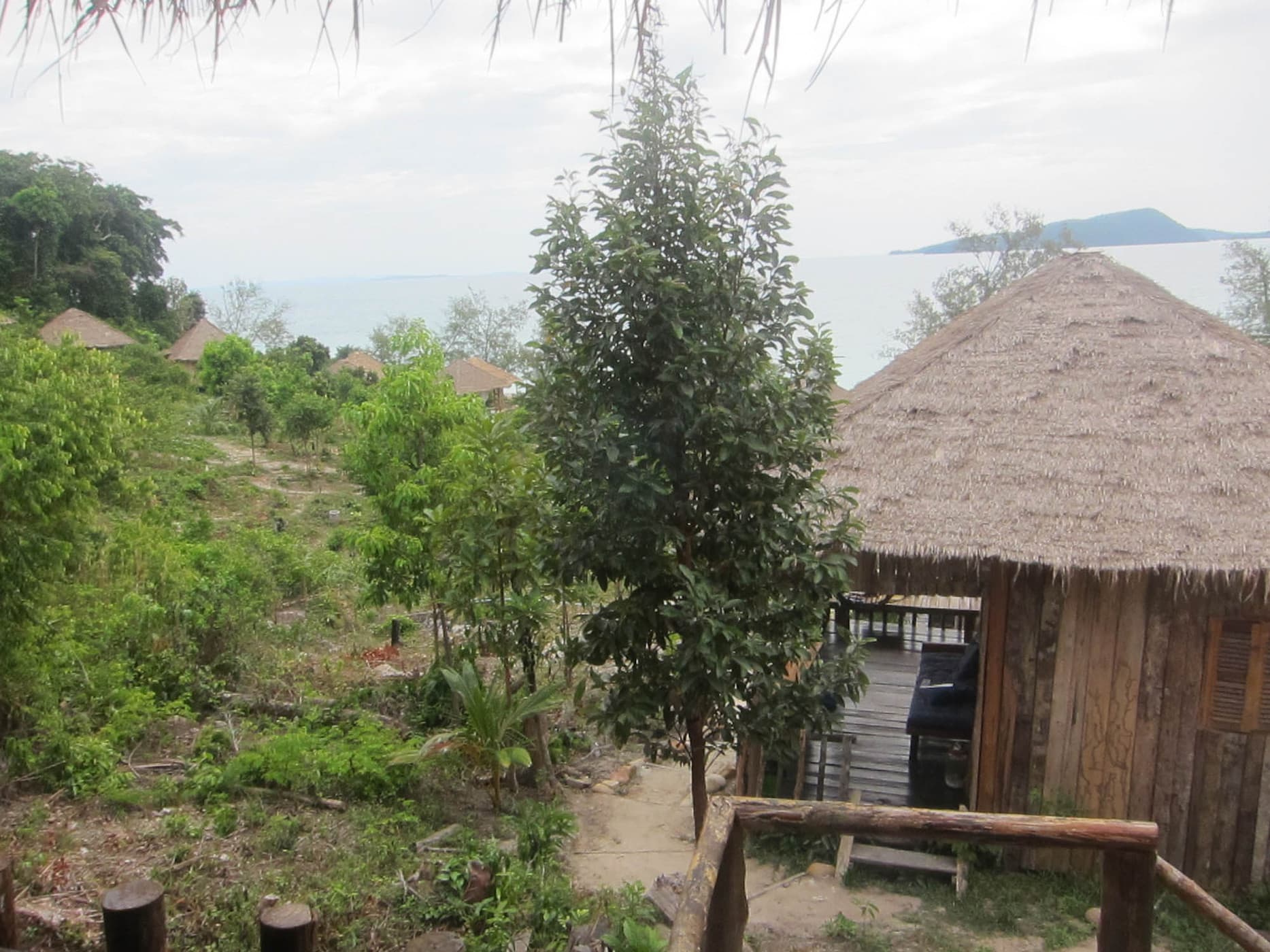 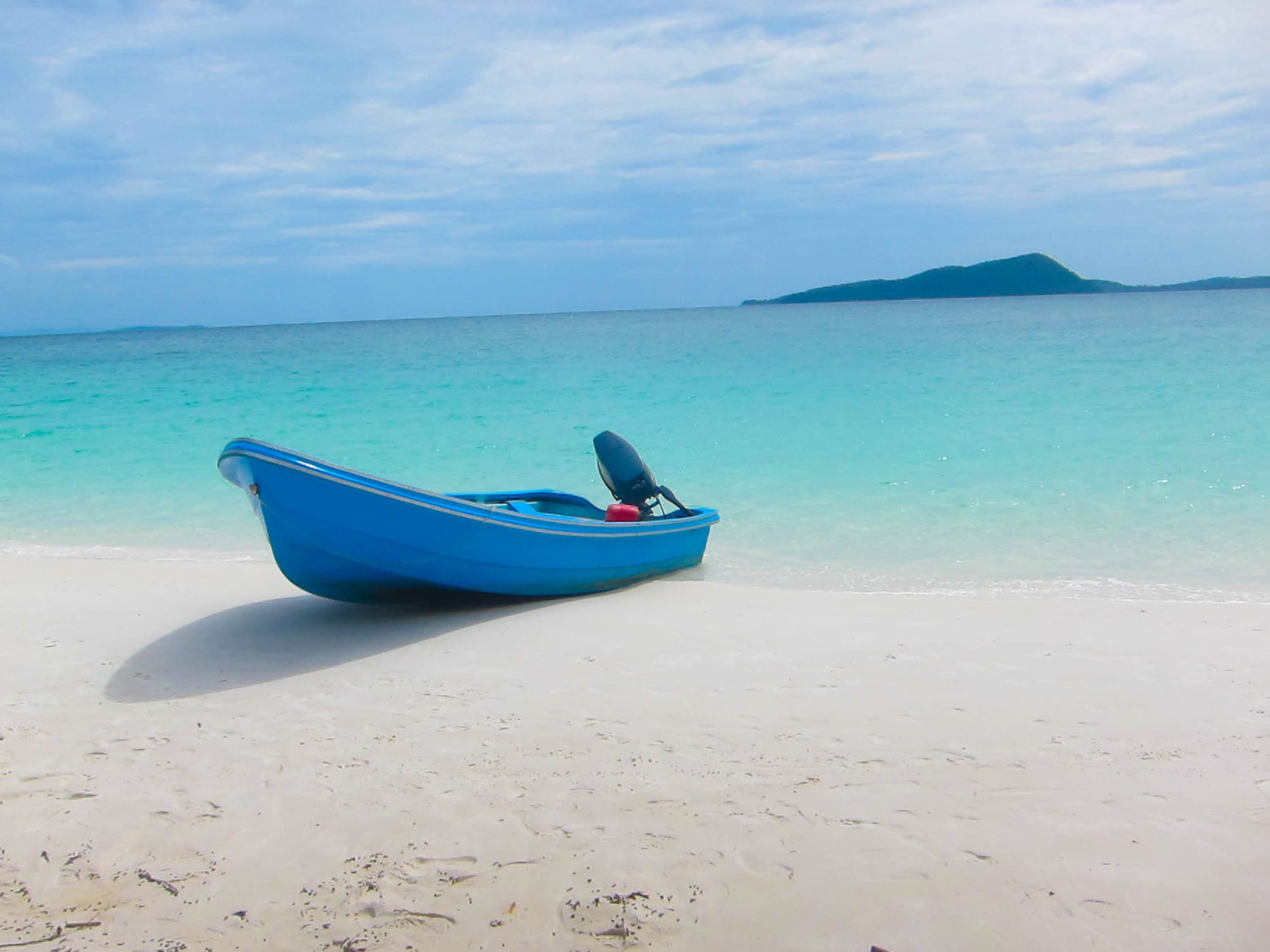 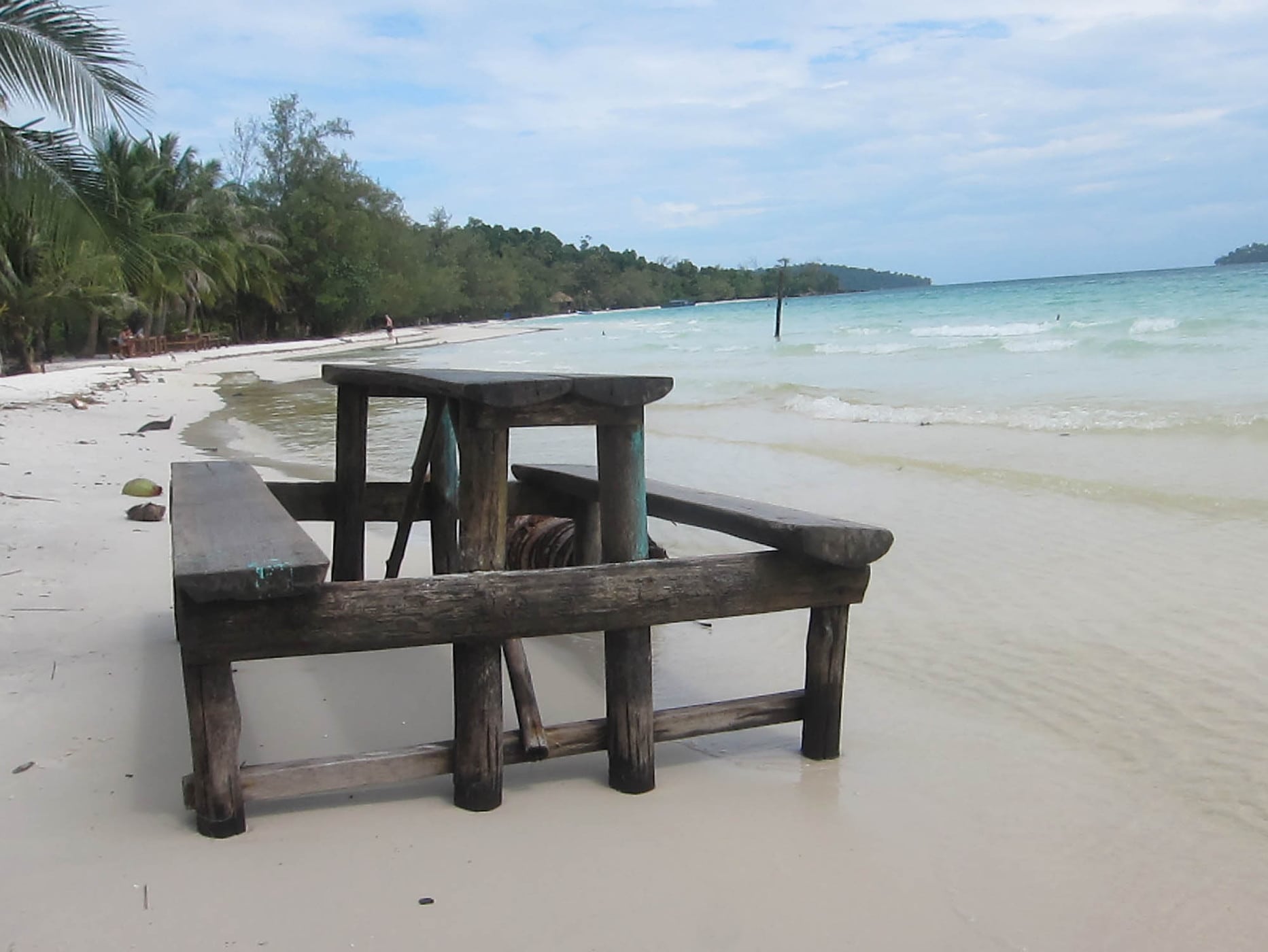 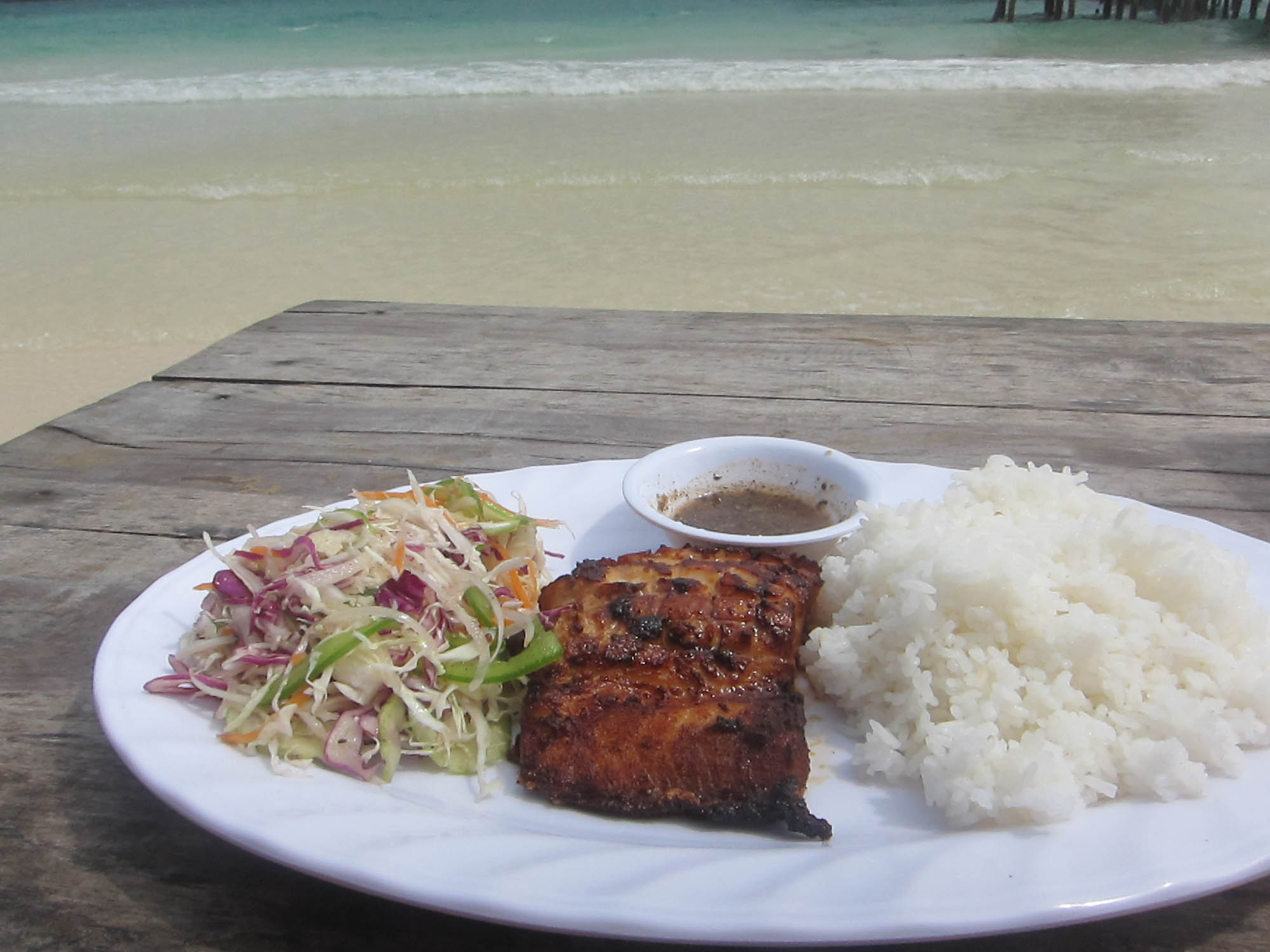 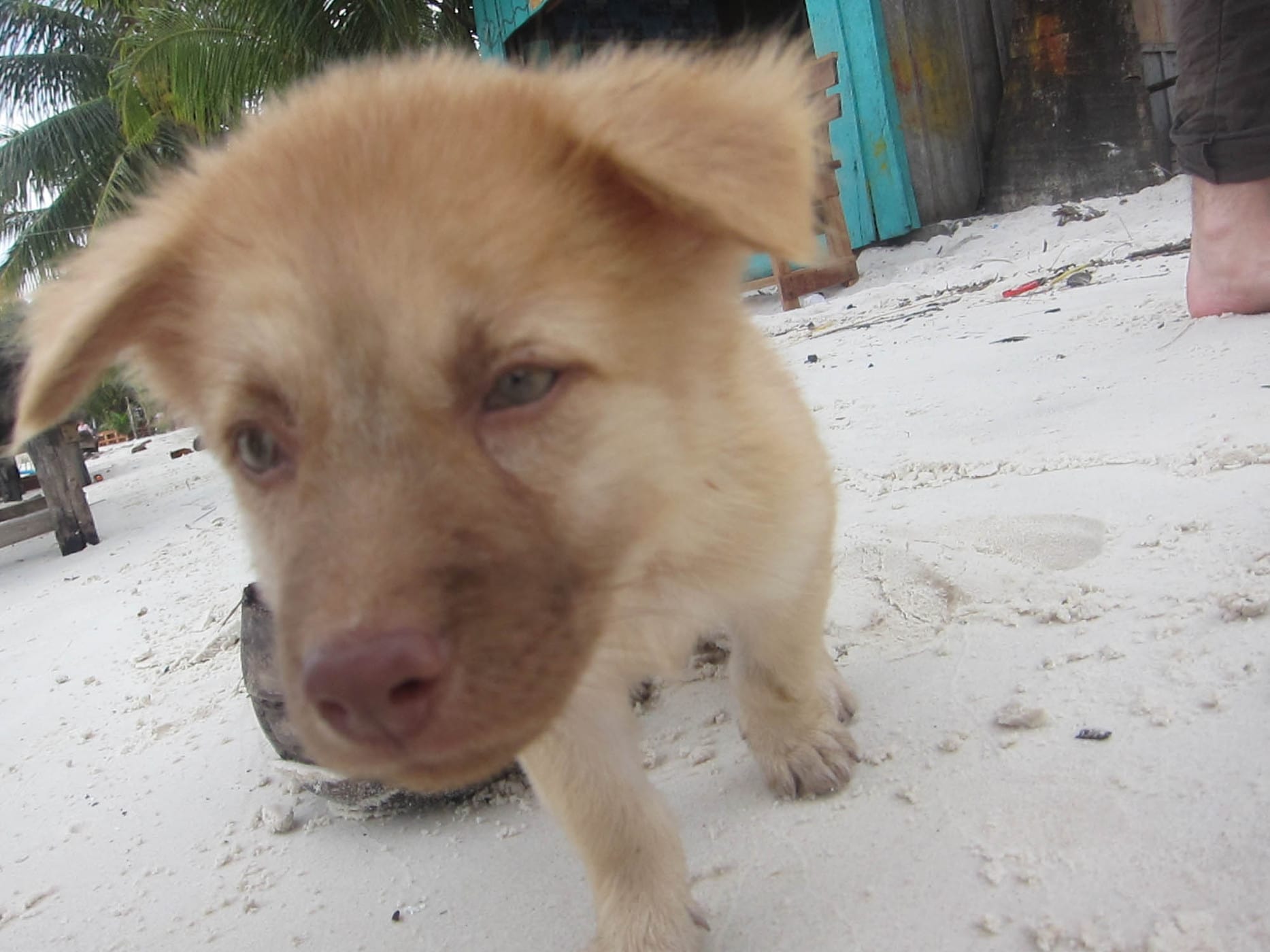 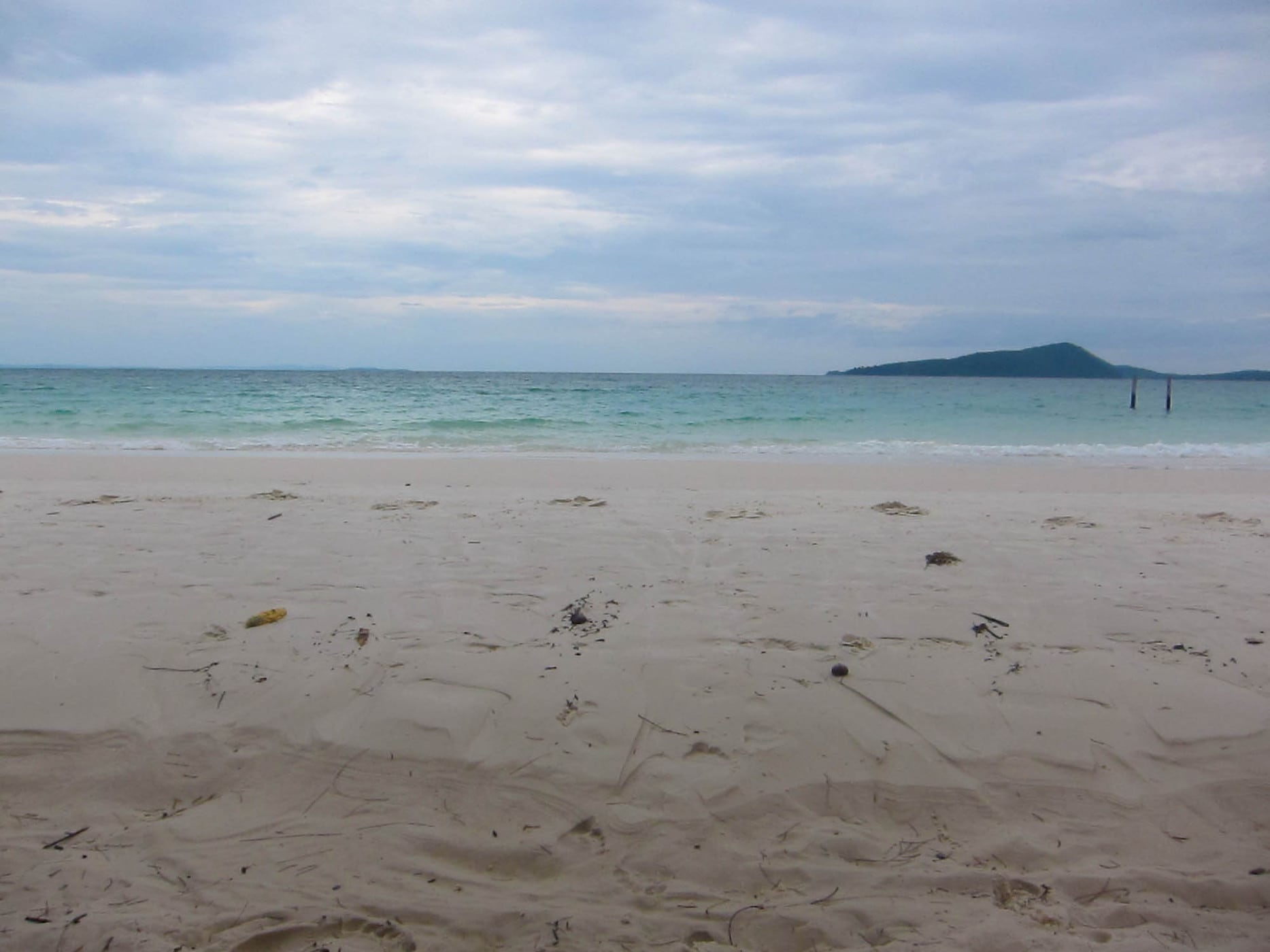 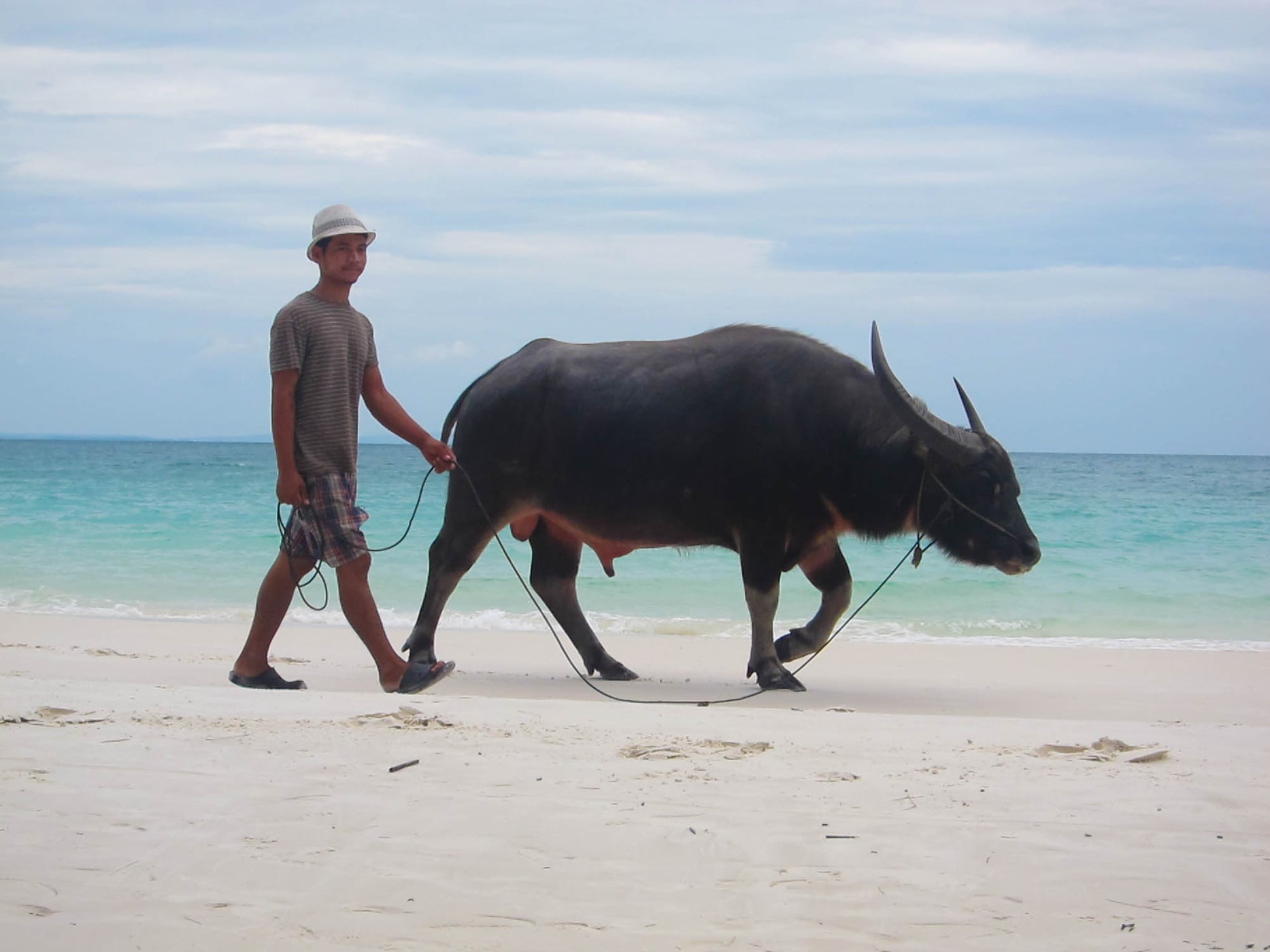 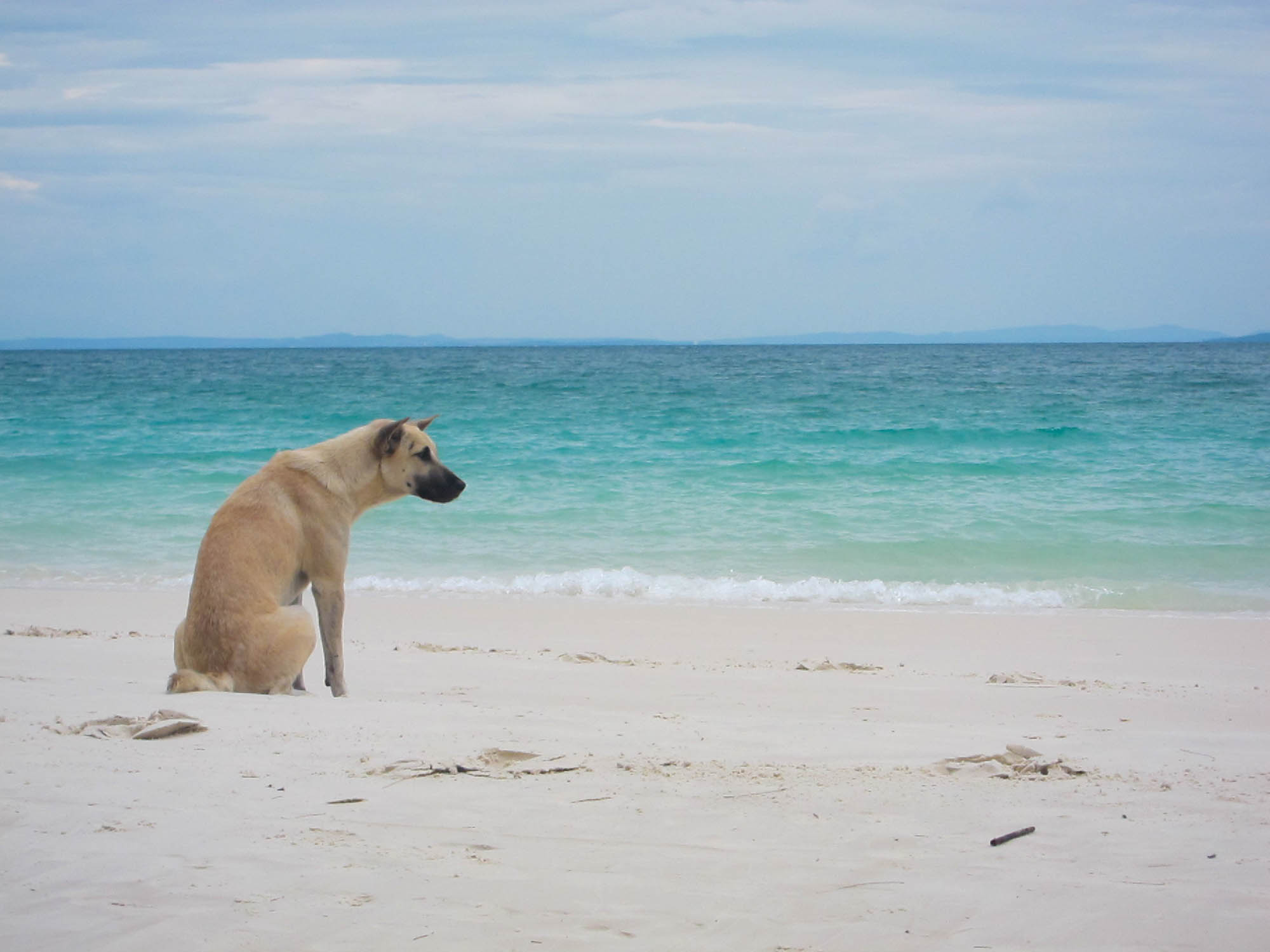 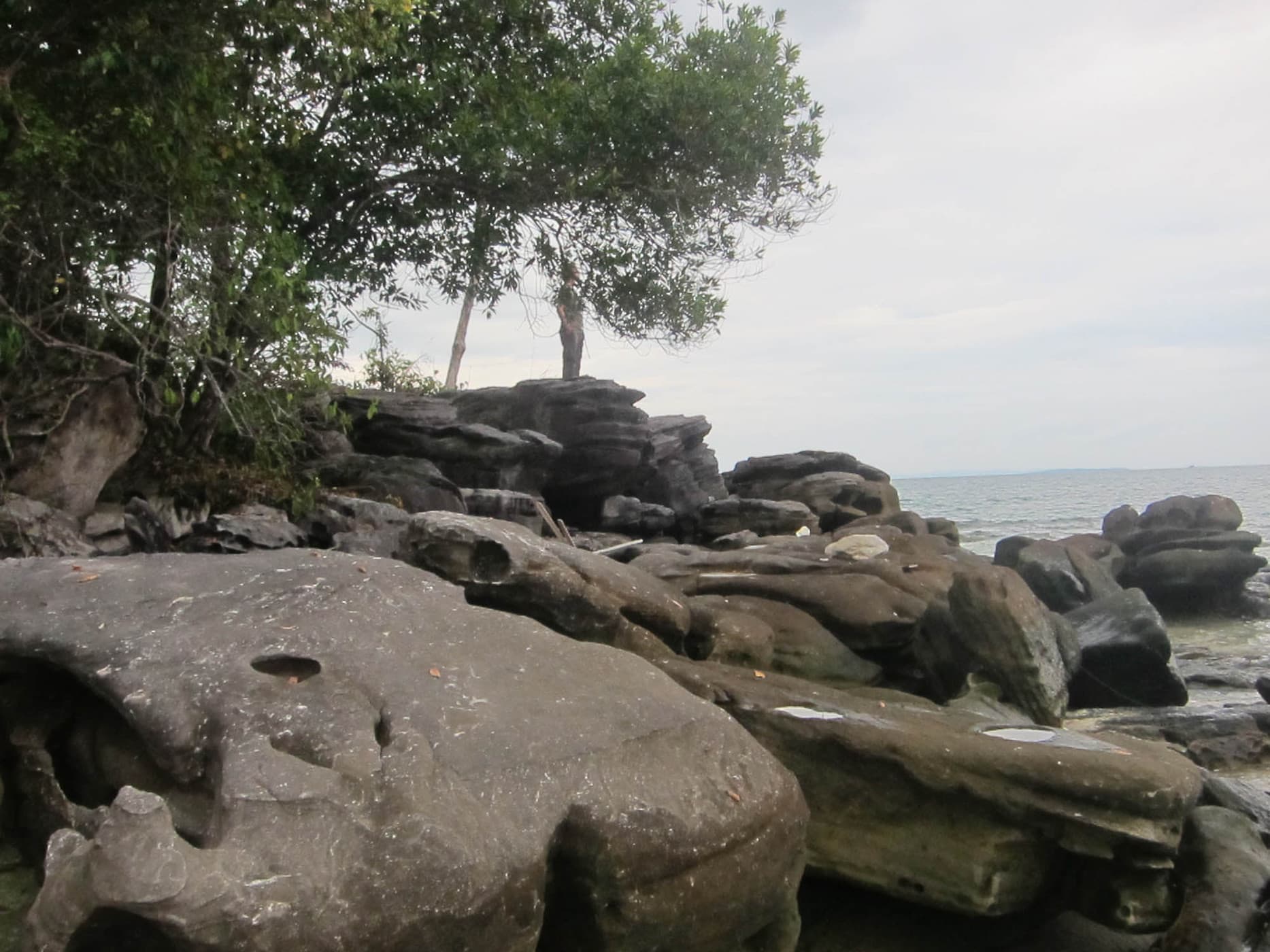 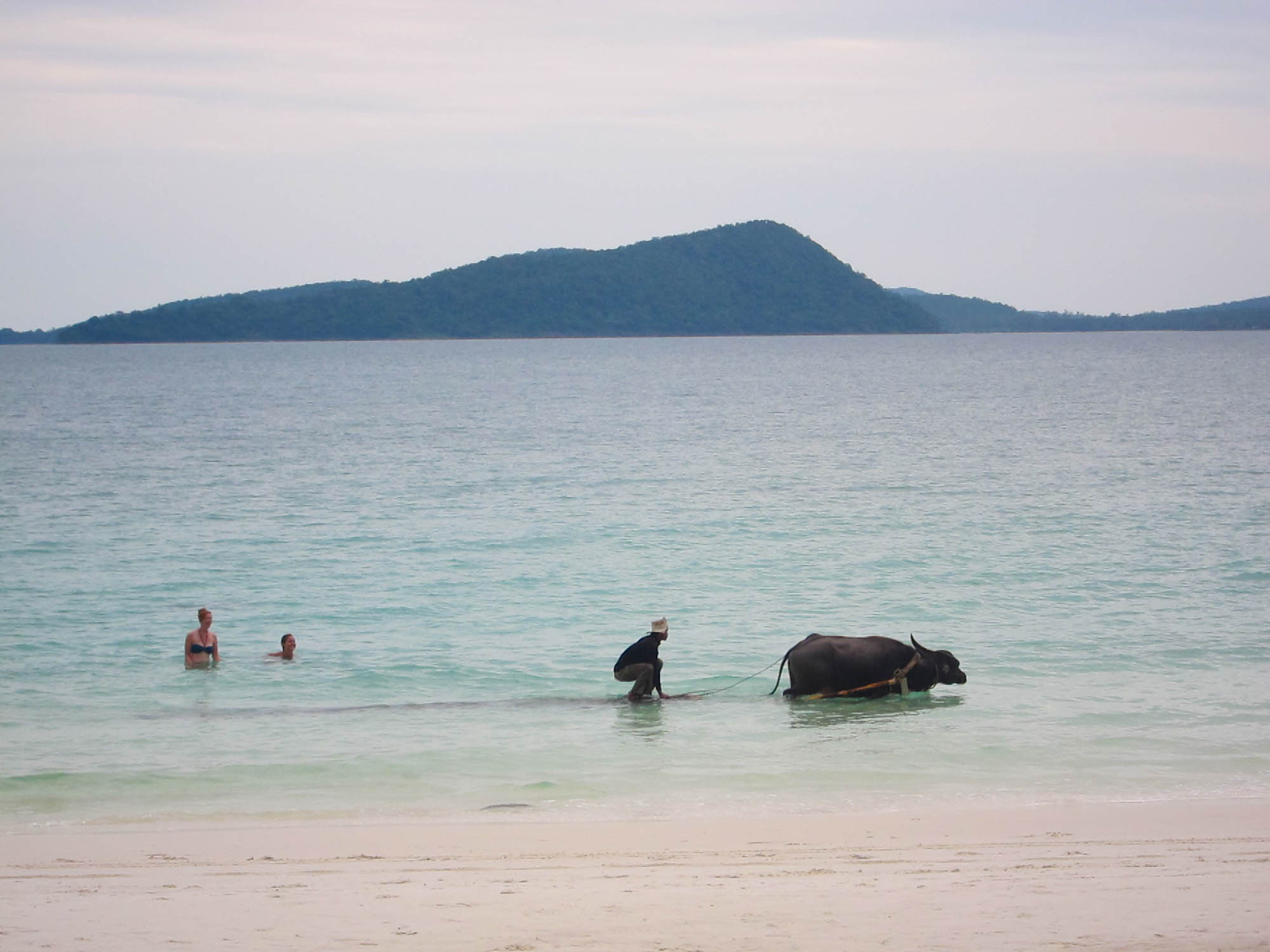 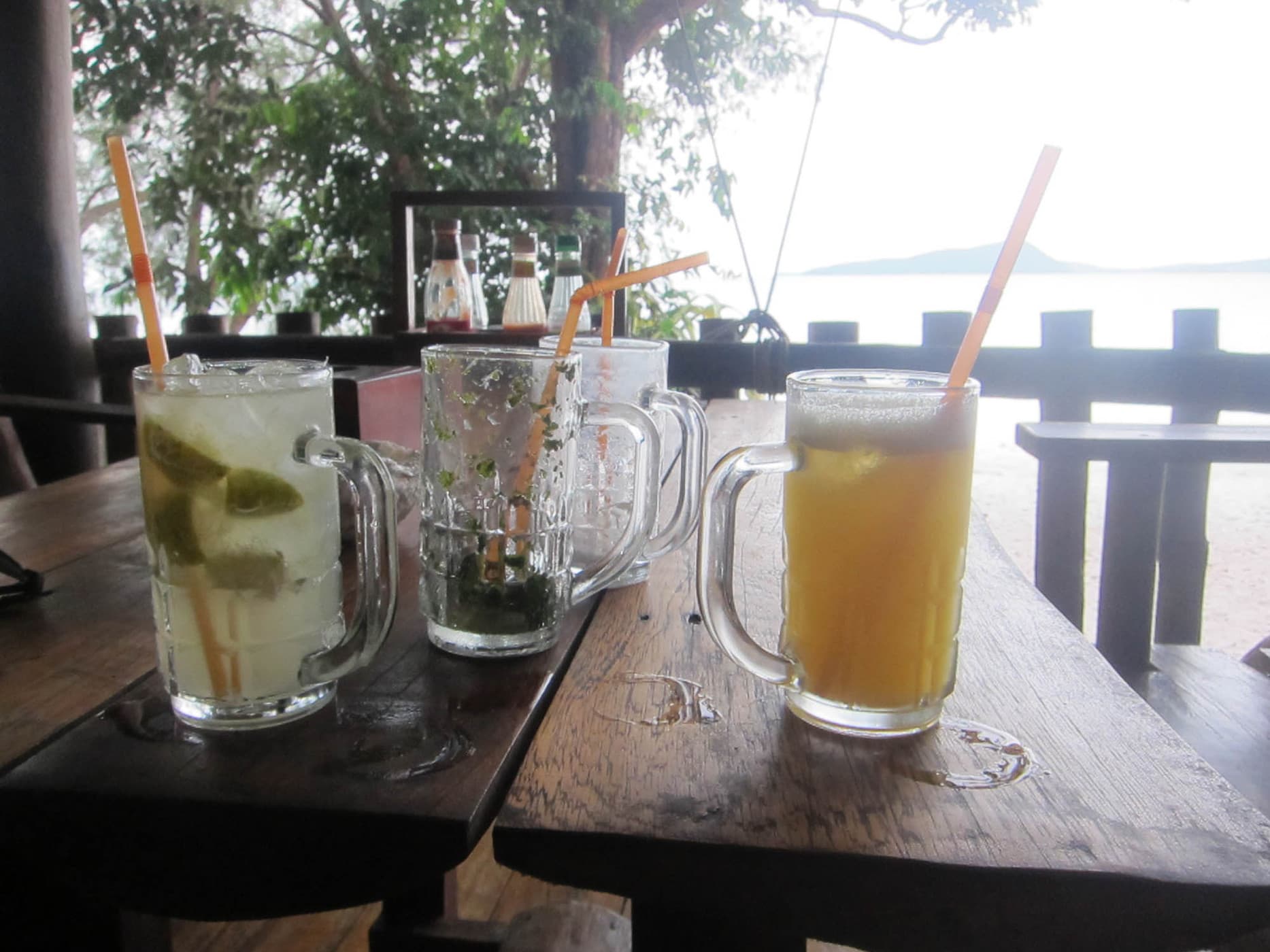 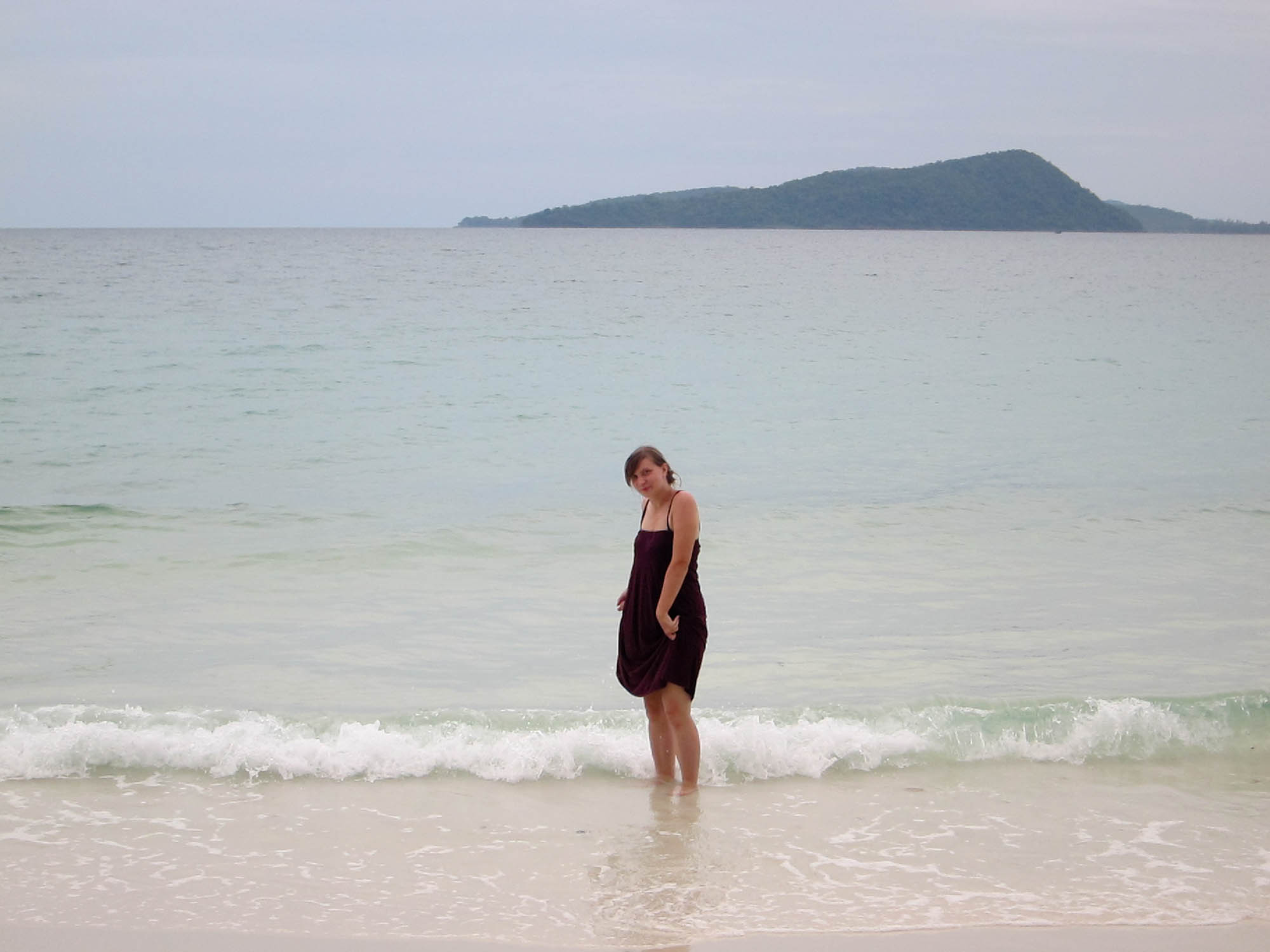 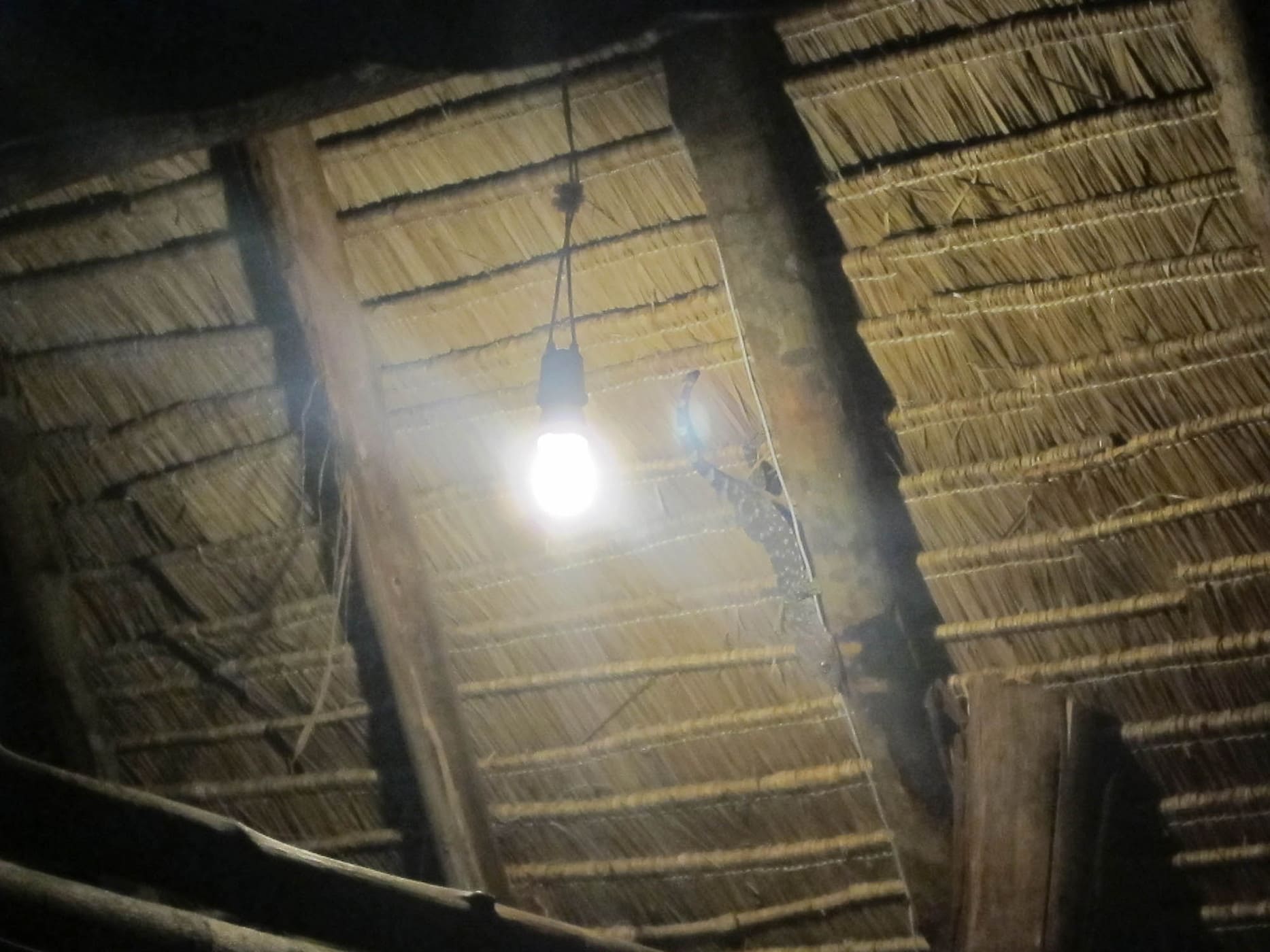 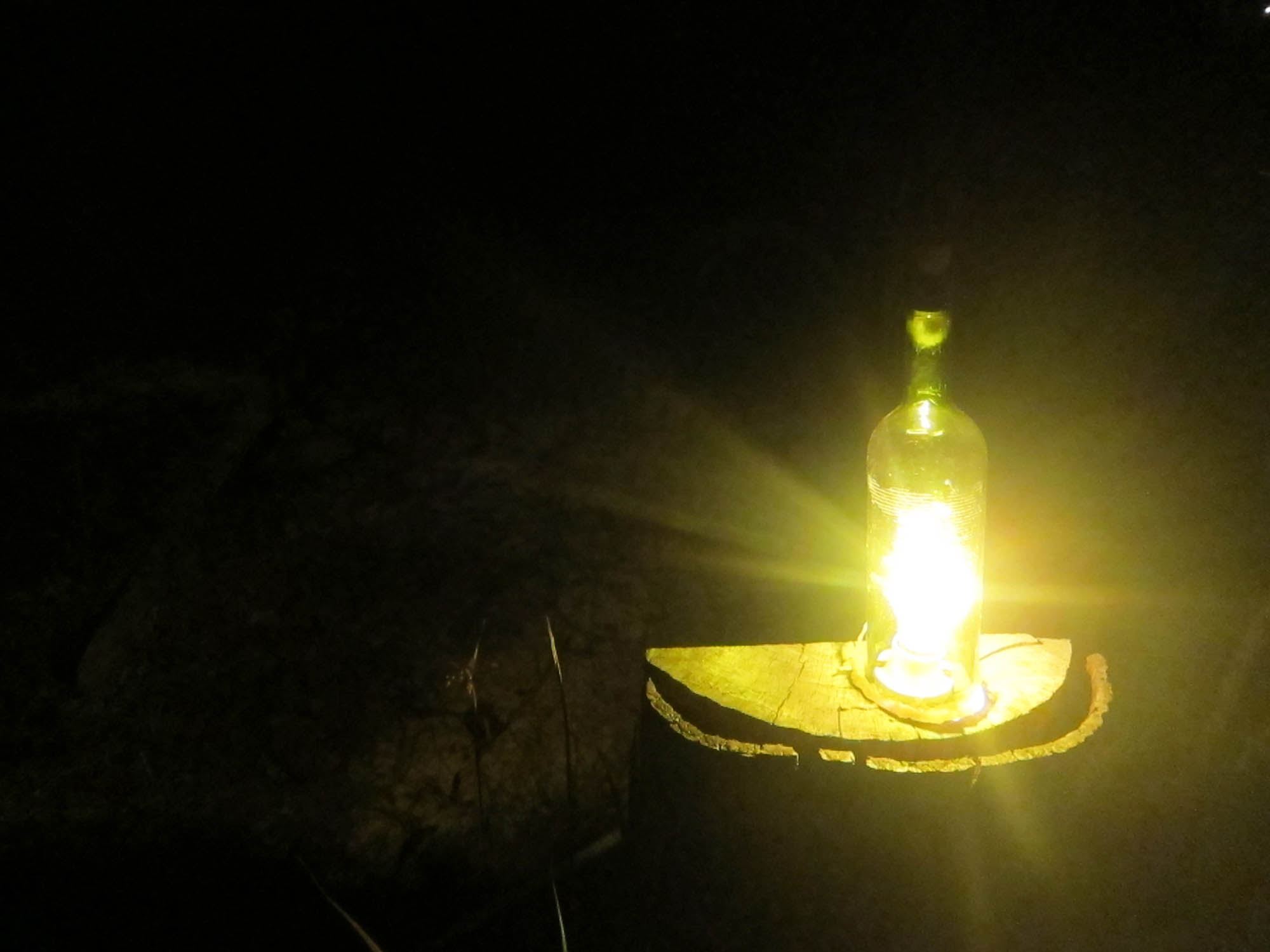 By the end of the night though I was just kind of in the mood to be alone. And so, as we sat at a bar drinking cocktails I just stared out into the sea.

I’m the type of person who needs a certain amount of me time during the day. To sit and reflect and think. To be wrapped up in my own thoughts. But he didn’t seem to take my silence as a good sign.

Which was probably a good instinct.

We went back to the bungalow and I went straight to sleep.

The next day I got so far as to put flippers on my feet when I decided I wasn’t going to go snorkeling. The water looked too rough. I didn’t want to be stuck on a boat all day with no contingency plan. And so I sent Jonno off to do it alone and stayed, by myself, on the beach.

Where I watched the dogs who ruled the island, ate seafood on the water, met some young Germans who invited me for a whiskey and coke. 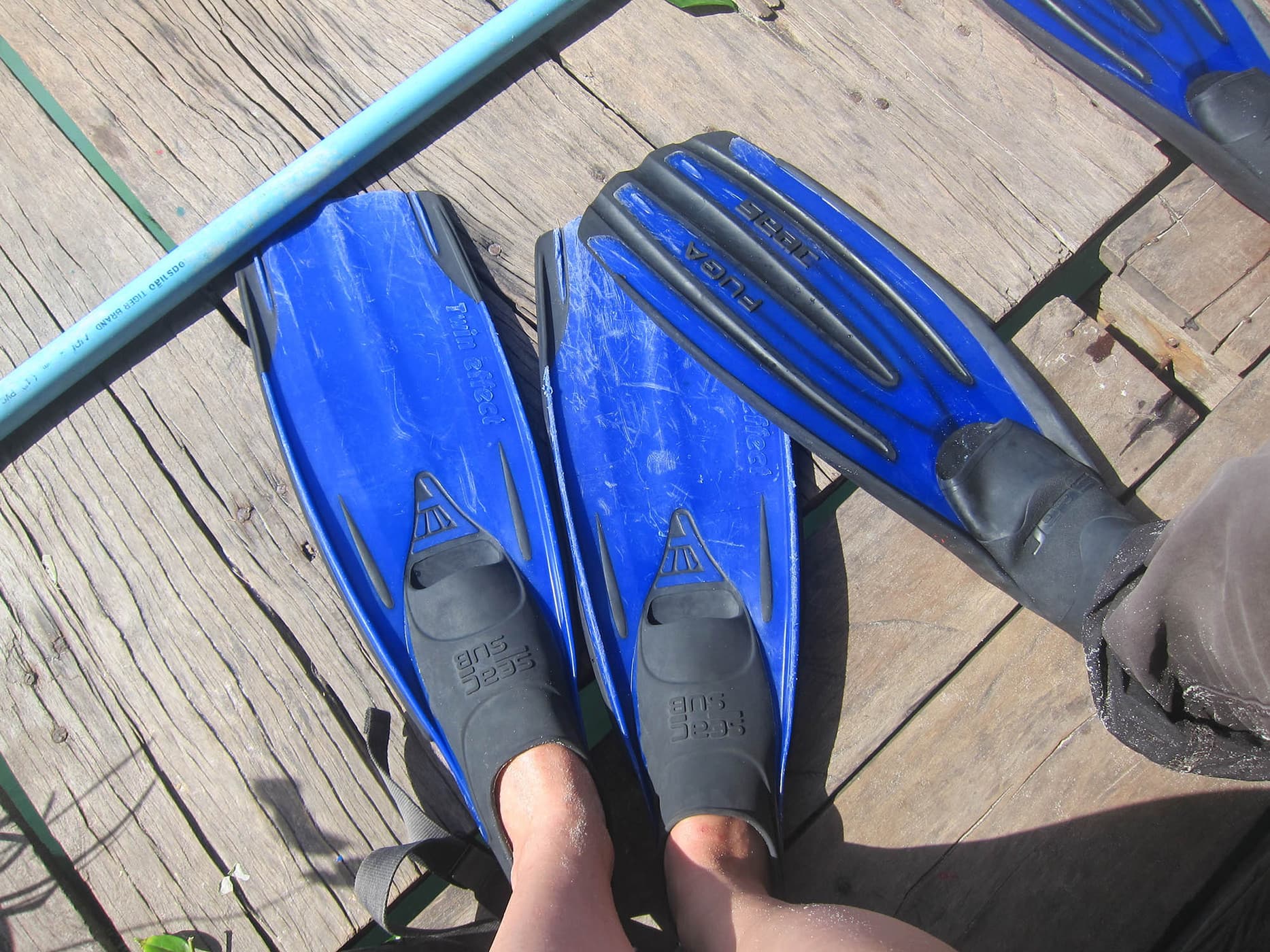 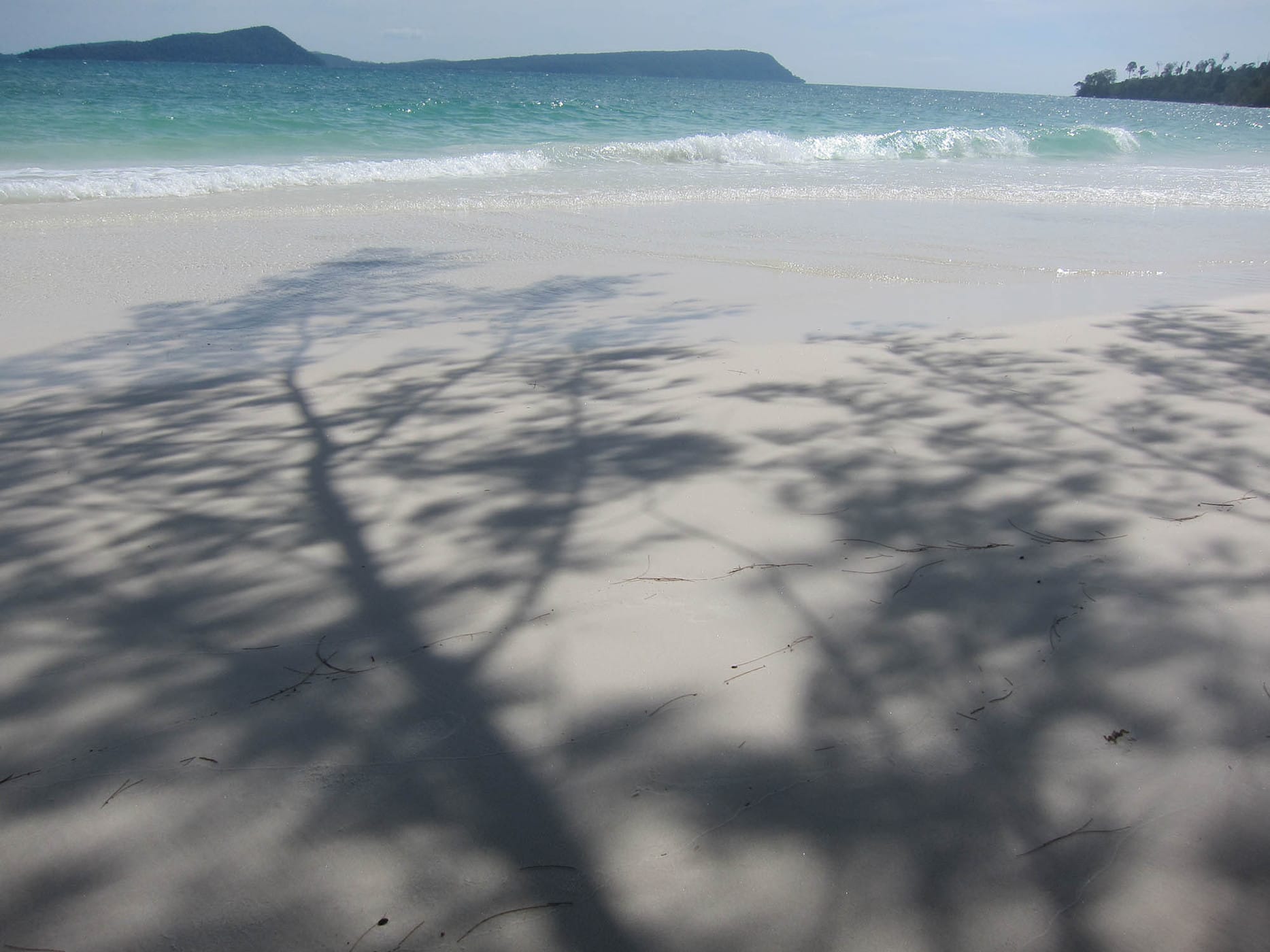 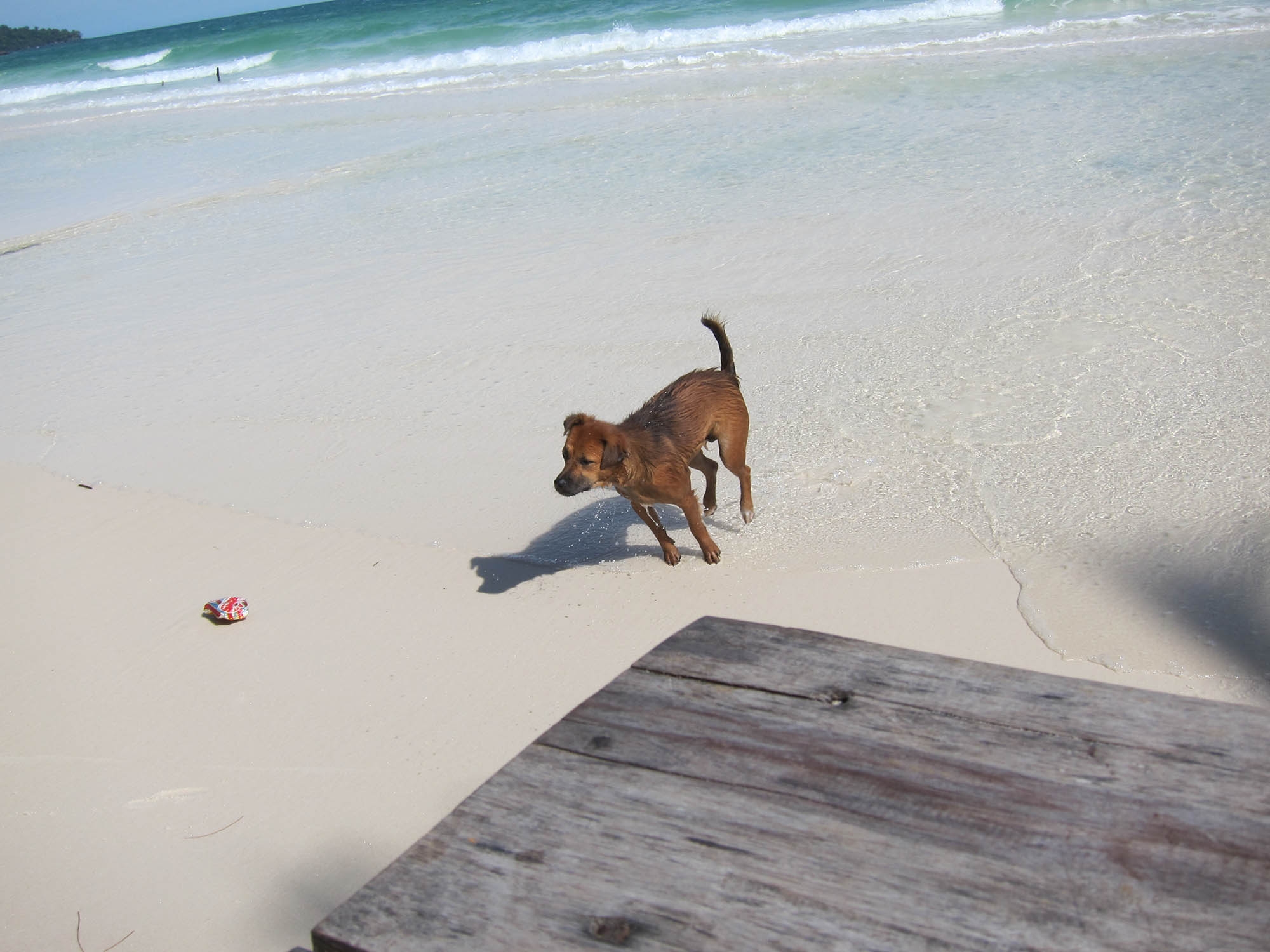 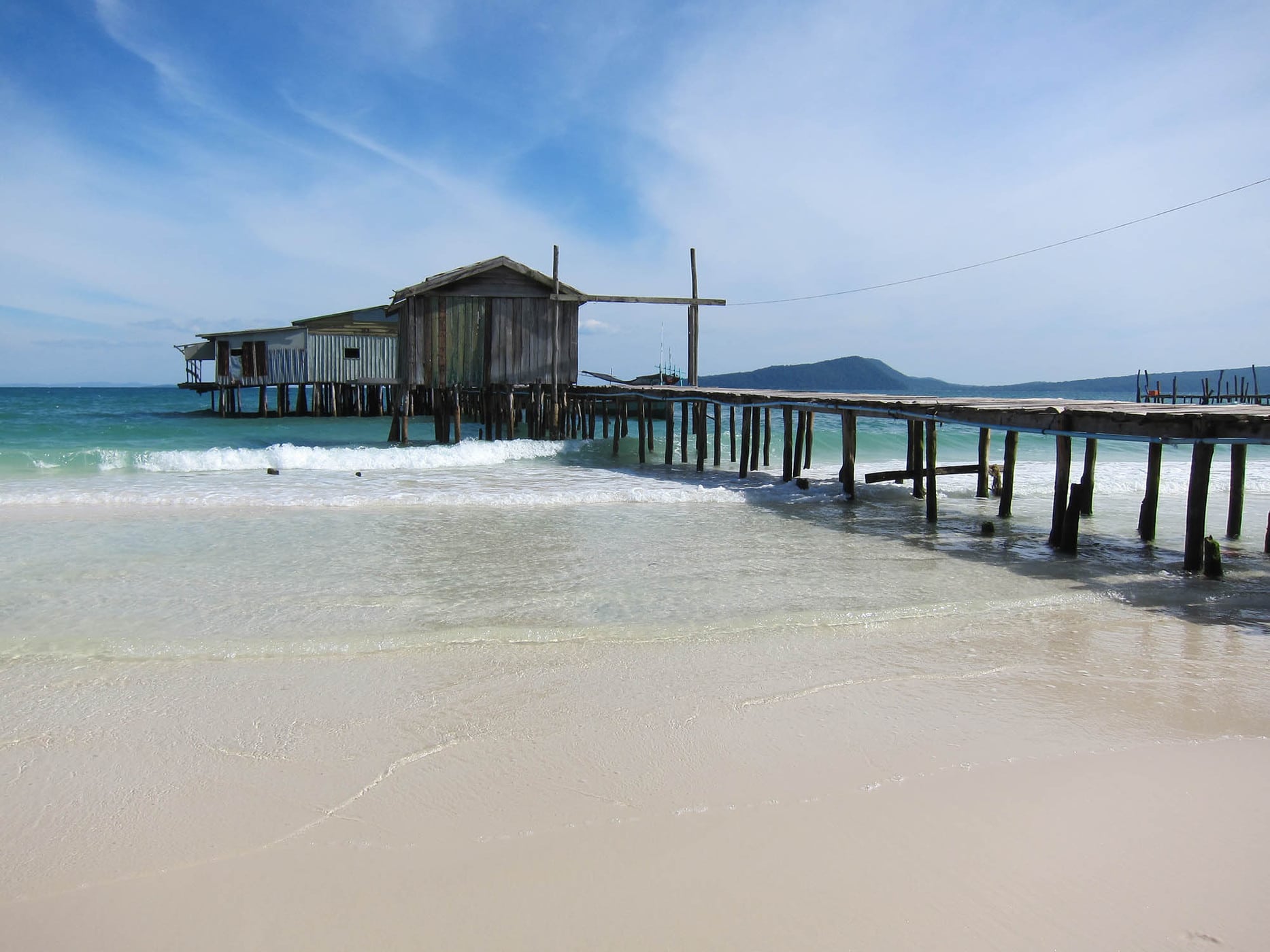 The boat ride back that night was rocky, it was reminiscent of white water rafting but with a slightly larger and sturdier vehicle. I’d managed to get a seasickness pill in me before we took off though so I got home without puking. But the rocky water and constantly breaking down boat meant the ride took nearly an hour longer than it should have. And I was cold and wet. And I wasn’t in a very good mood. And I didn’t want to be there with him. 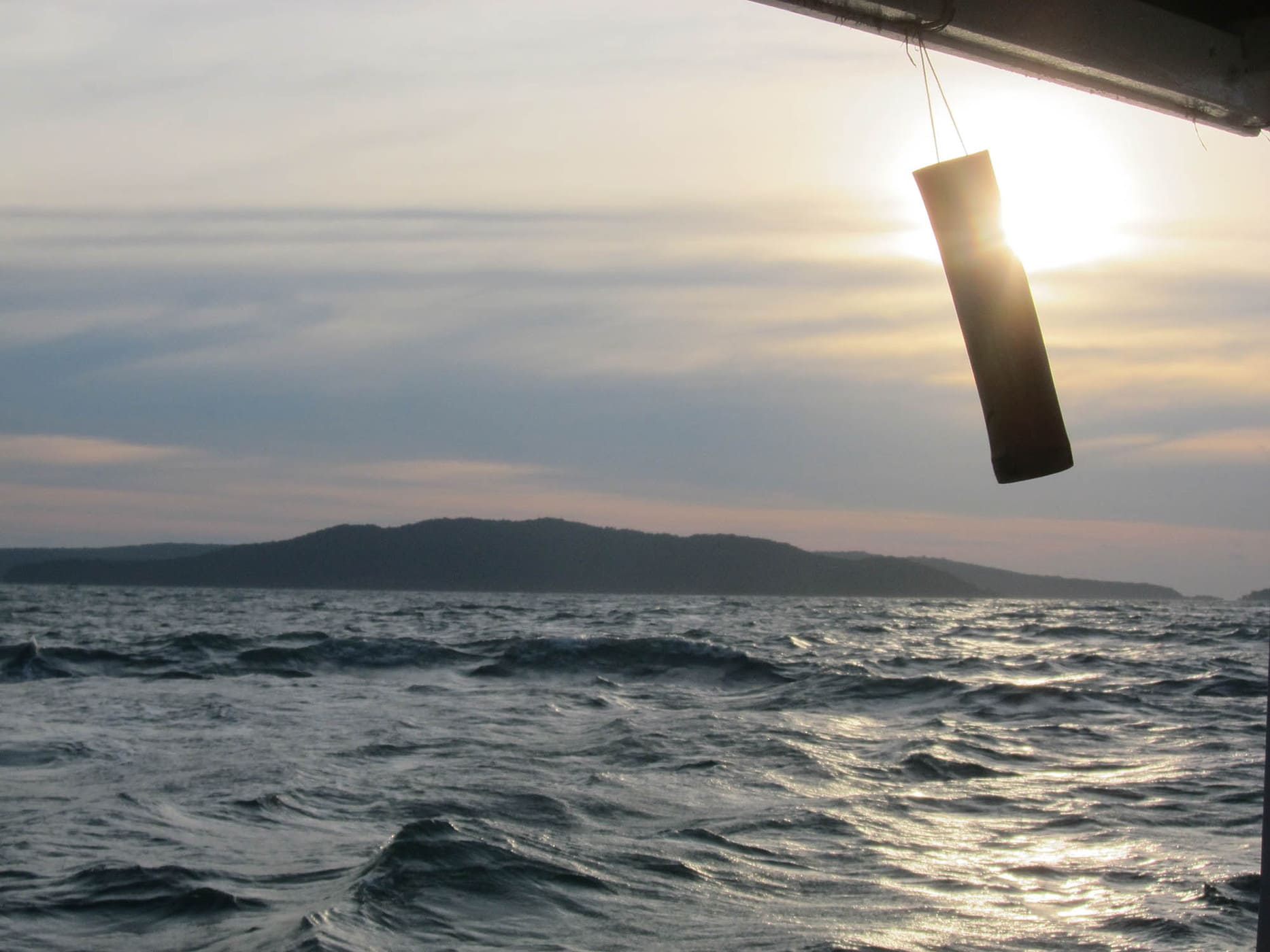 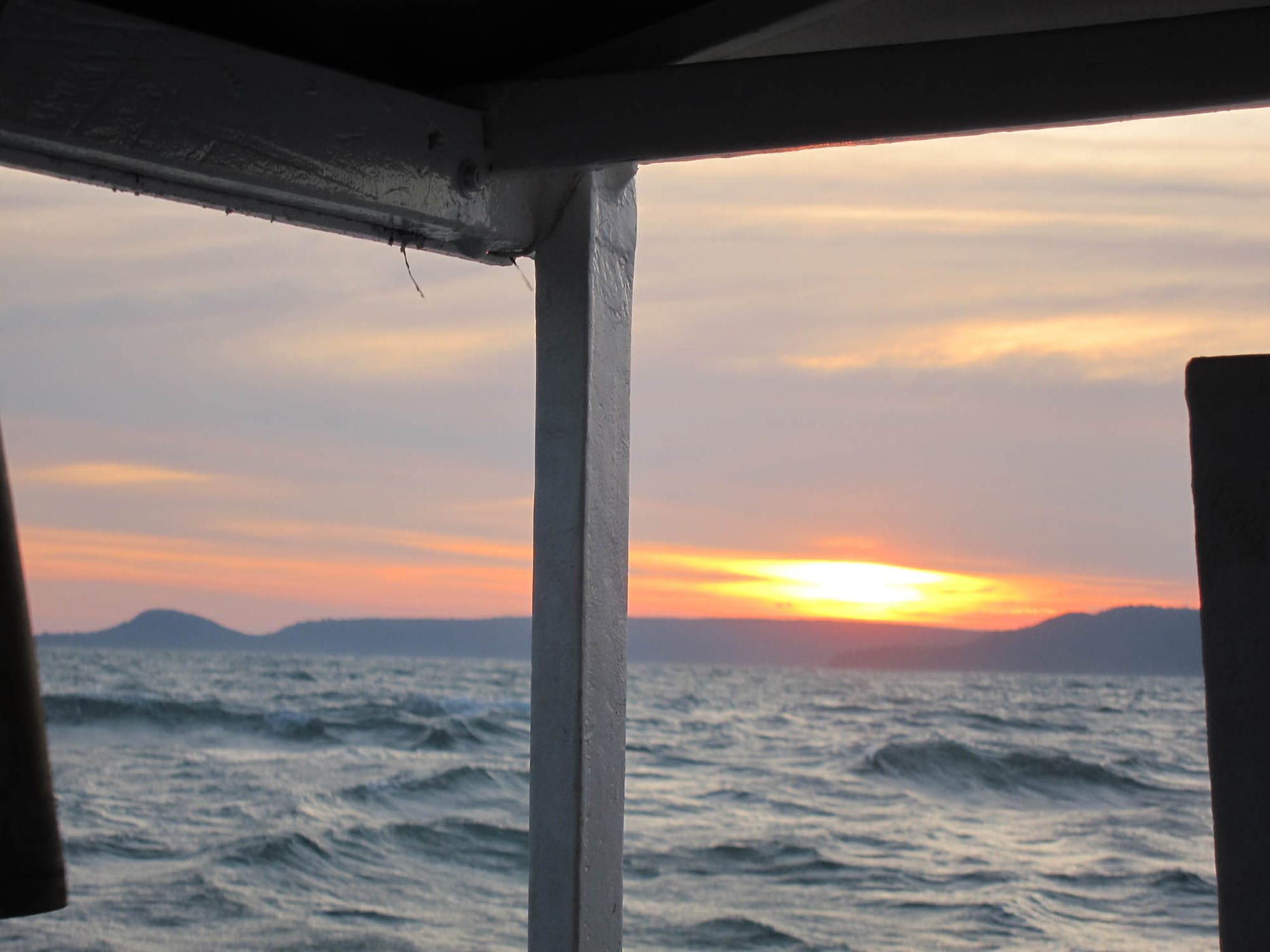 I thought to myself though that in only two more days I’d be leaving the country, on to Vietnam. I could just hold out and then be gone and that would be the end of it. Leave things good for him.

When we got back into town, none of the good places to stay were available. We found some random bungalow with a gecko on the wall and a falling apart mattress and an innkeeper who wanted to sell us bus tickets. When Jonno asked if it was OK I didn’t speak up, because I didn’t want to insult anything in front of the worker who was waiting, and I just wanted a room. I was getting snippy and wanted to get my bags out of storage and change into something dry.

We returned, an hour or so later, to the beach for more food and more drinks. As I sipped on a pina colada and stared out he asked me if it was my quiet time again. 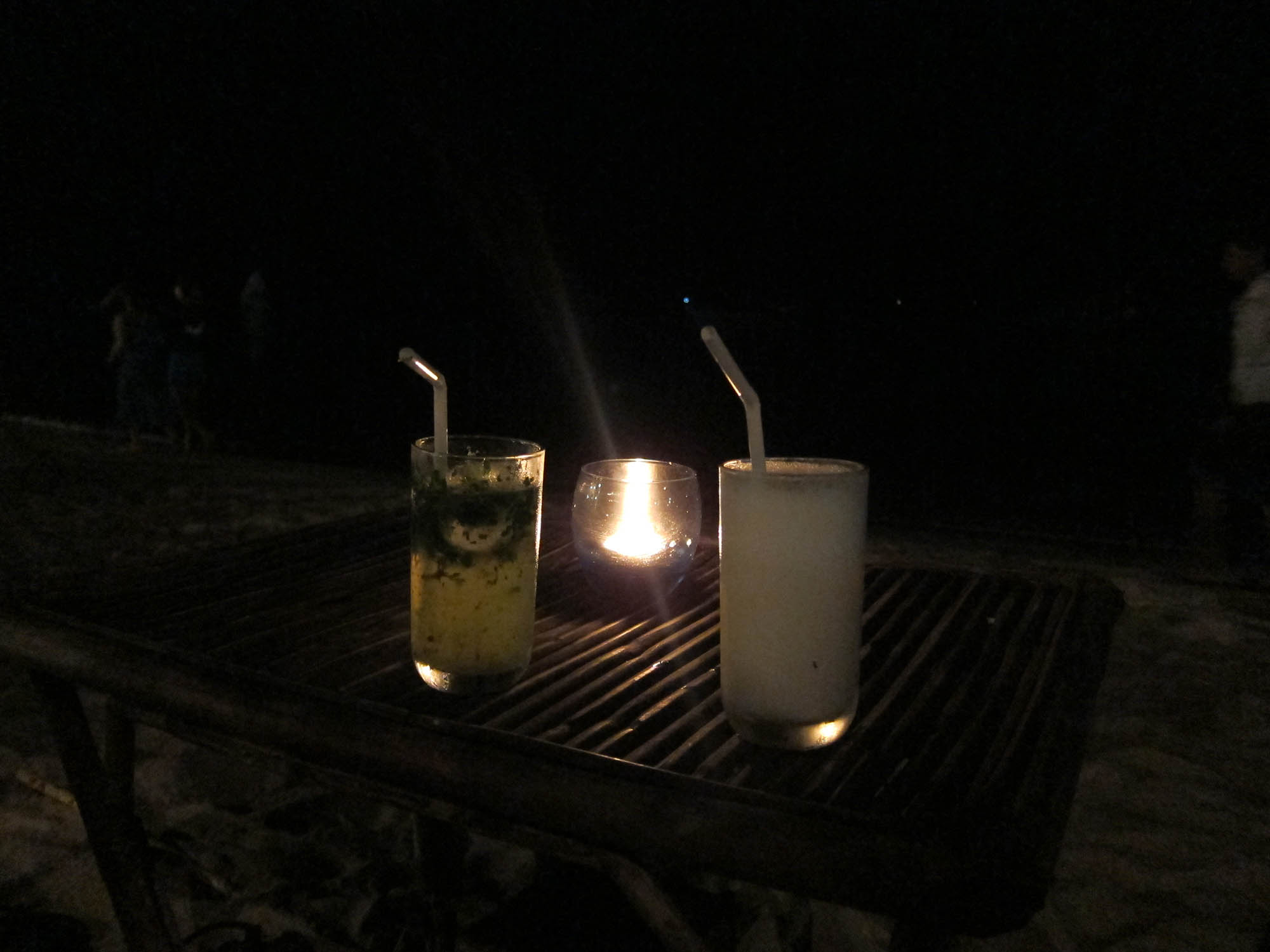 And later, after the food and the drinks were gone, after the full moon was blacked out from an eclipse, he said “let’s go somewhere else, I can’t stand this quiet.”

And so we went to another bar. And he drank twice as much as me. And when we got back to the bungalow I sat on the bed and he kneeled beside me and I told him that in the morning I wanted to find my own dorm bed again. 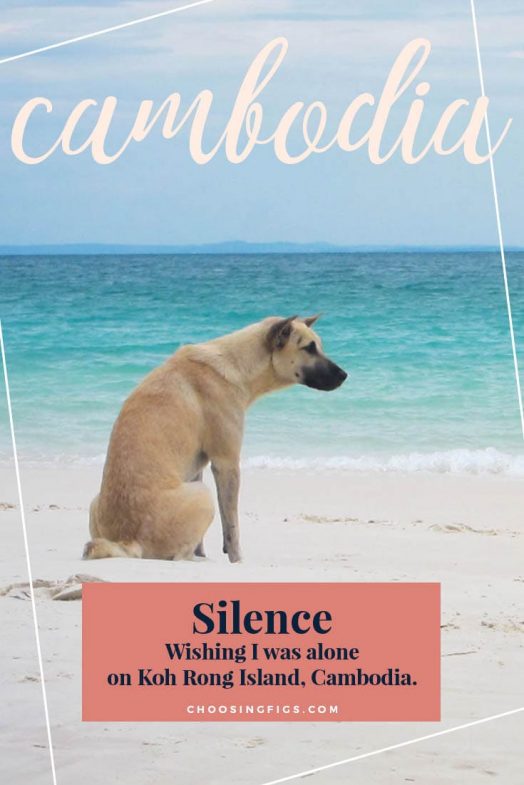 SILENCE: Wishing I was alone on Koh Rong Island, Cambodia. 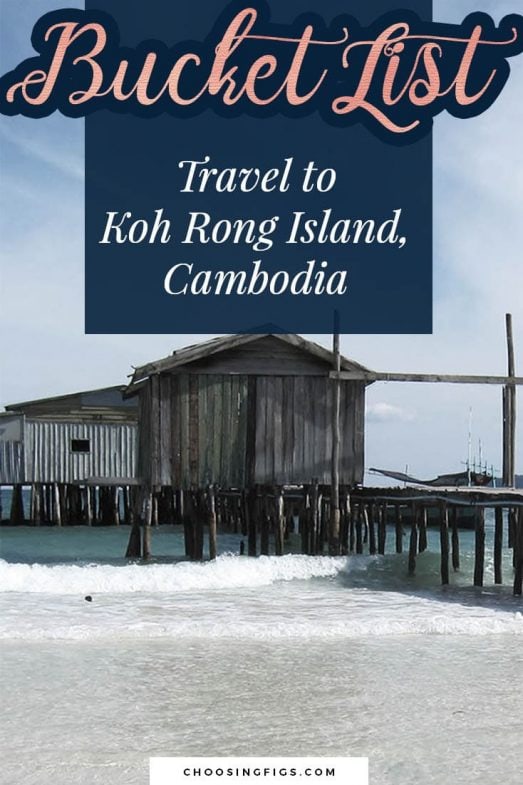 Follow:
Sihanoukville, Cambodia: All sharks should come with the Jaws theme song.

Sihanoukville, Cambodia: All sharks should come with the Jaws theme song.