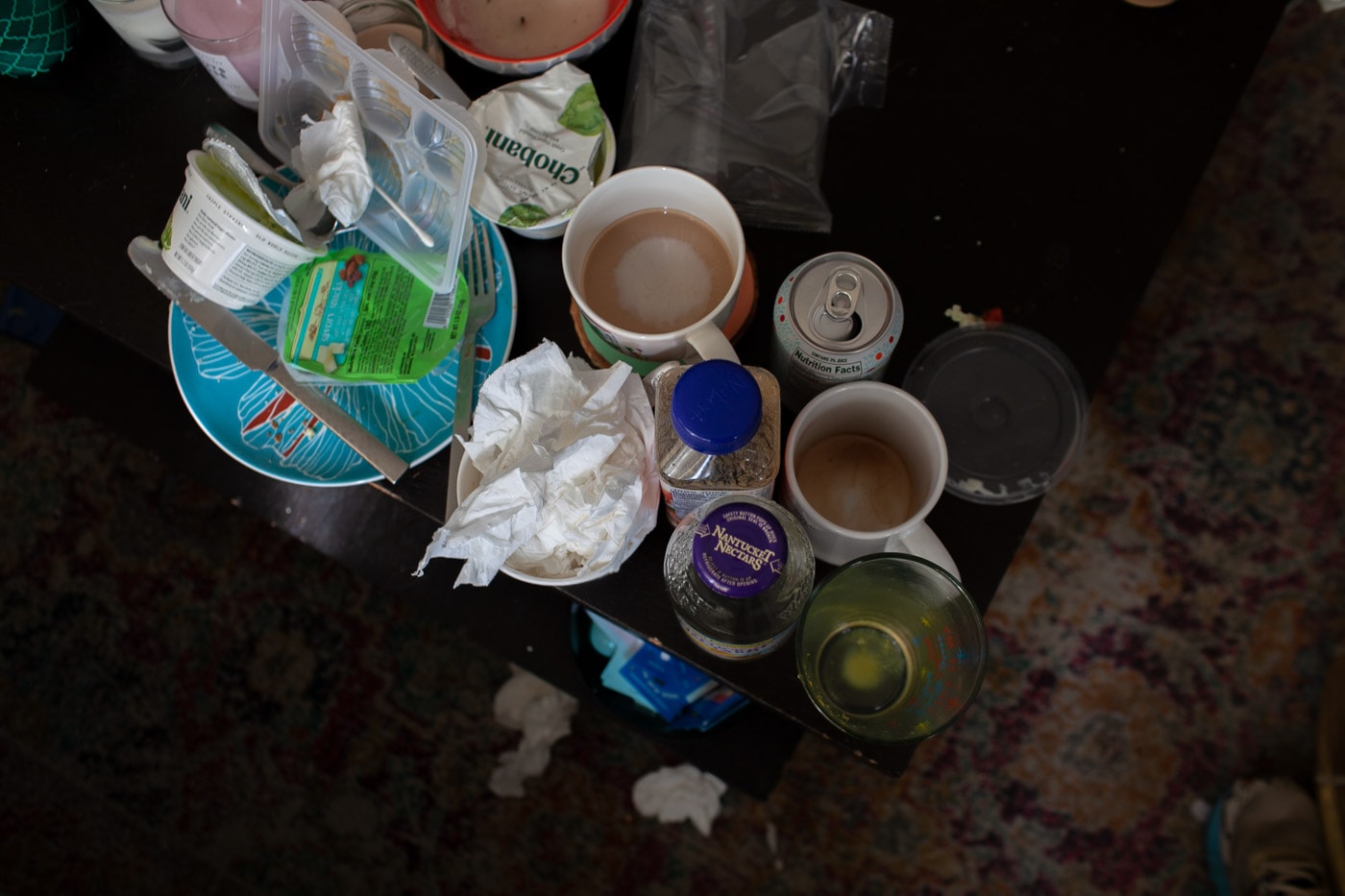 Setbacks and self care.

I muttered that to myself when I woke up last Monday with a fire burning in my throat, chills running through my belly, clogged nostrils, and lungs swimming with phlegm.

I didn’t have time to be sick. I had a couple of meetings that I didn’t want to reschedule. I had a looming deadline for a major project I’m leading. I had a million-item-long personal to-do list. I had a weekend full of plans ahead. I had goals that weren’t ready to be put on hold.

But, I suppose, sick doesn’t care about any of those things and sick sneaks up on you when you want it least. So after two days of working through a sore throat and a stuffed nose and a constant itchy cough and an aching body, I called it, and worked from home for the next three days.

I still had to work, mind you, because deadlines also sneak up on you when you want them least. But at least I was able to do so from home, tucked under my covers, with a cat nestled in the nook of my knee.

My coffee table full of crap after a week of being sick.

Being sick meant falling behind.

The Thursday before, my friends and I were planning a massive St. Patrick’s Day celebration and now that seemed like a dangerous idea. The Friday before, my weekly to-do list was at almost zero and now my high hopes of writing that last SEO-powered page in the week ahead were gone. The Saturday before, I had cleaned my entire apartment from top to bottom and now I was, again, living in filth (how, how does my apartment get so dirty so fast?). The Sunday before I had written about my body issues, and how I was working on them, and now I was moving so little it prompted my sister to message me to ask if I stopped wearing my Fitbit. 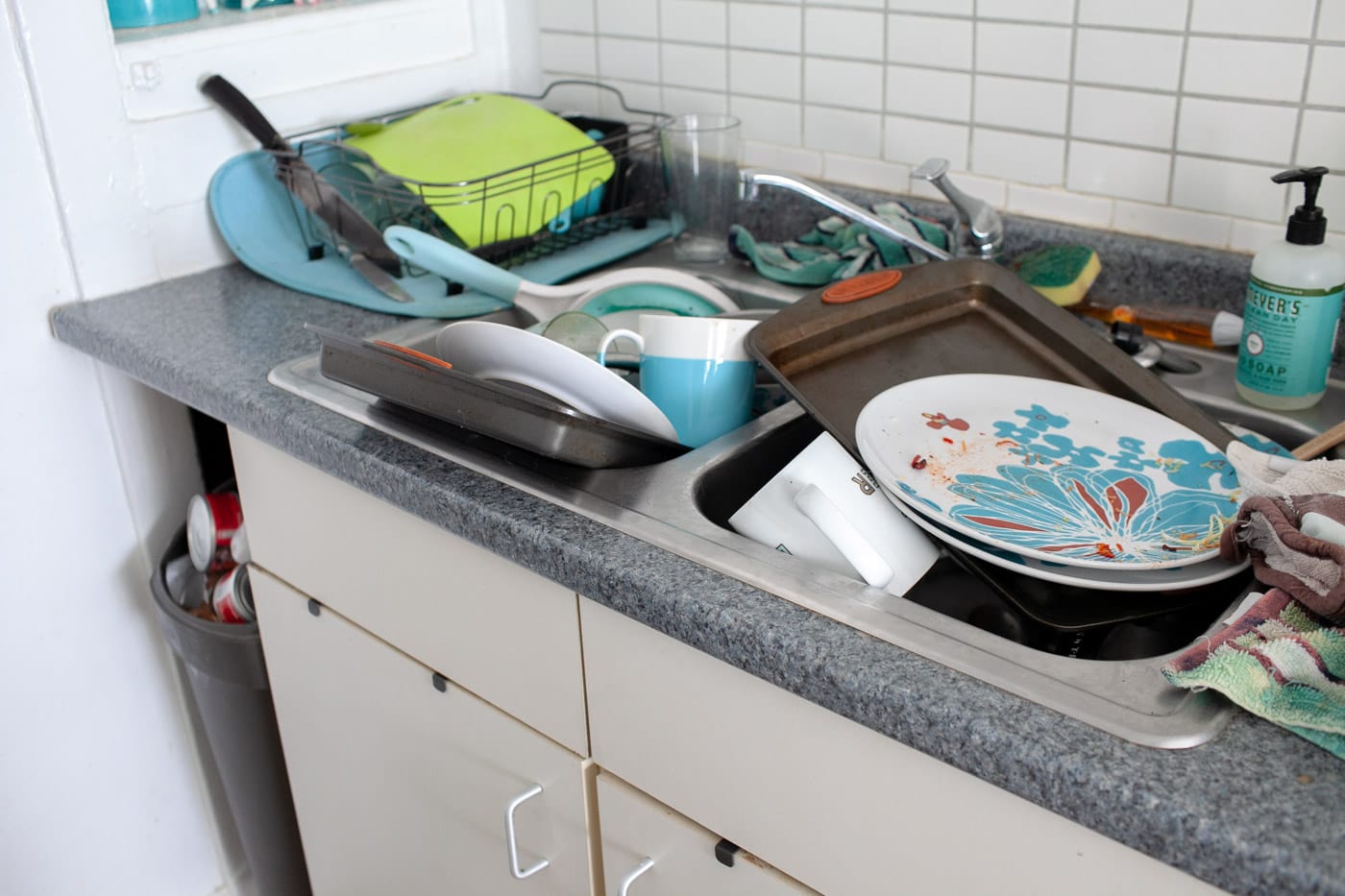 My sink full of dirty dishes after a week of being sick.

I had planned on having a beautifully balanced week of fitness and blogging and being social and now the only thing I could do was sit on my couch, alone, chugging orange juice and soup, while binge watching PEN15*.

It was a setback for sure.

And I thought about powering through. Maybe just doing one little workout despite the fact that I couldn’t actually breathe. Maybe taking some Advil and working on that blog post instead of mindlessly watching yet another true crime docudrama. Maybe rallying and going out to see the Chicago river dyed green (while, maybe, drinking a green beer). But instead, when five o’clock hit, and my work from home day came to an end, I closed my laptop, tightened my bathrobe, and found something new to binge.

And I deleted things off my week’s to do list without even thinking about consequences.

And I decided that nothing, that week, was as important as rest.

And, if you know me, you know that that is kind of a big deal.

So it was a week of setbacks, yes. But it was also a week of self care. Of not pushing myself beyond what my body was capable of in that moment. Not forcing myself to be social when I knew I needed time off. Realizing that my to do list can wait. That nothing on it is as important as I make it seem.

There is always next week. 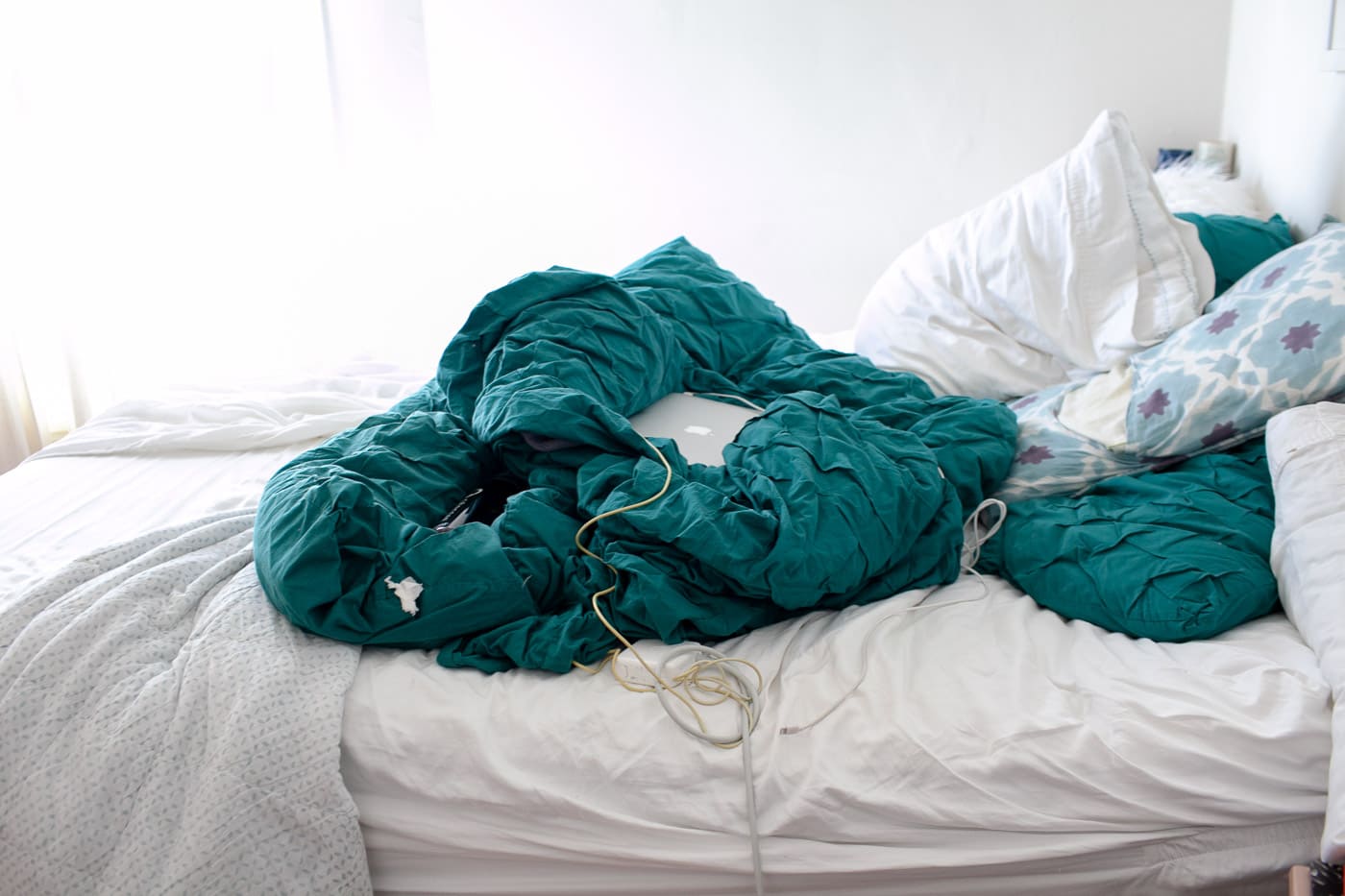 My messy bed after a week of being sick.

p.s. have you watched PEN15 on Hulu? It pretty much was an exact representation of me in seventh grade except I didn’t get internet until I was a senior in high school.

Follow:
On being body positive when you positively hate your body.