Because I'm obsessed with having a teal couch...

Now that I’ve found an apartment it’s time to start concentrating on what really matters: finding a couch.

I know what you’re going to say: “Just look on Craigslist.” Or, alternately, “Just go to IKEA.” And what you mean to say is, “Just get something cheap.” Because, to you, maybe a couch isn’t that important.

But, here’s the thing, I’ve been dreaming of buying my own couch since before I ever dreamed of traveling the world. And, while I was traveling, I’d often window shop online, lusting after what was out there, dreaming of someday decorating an apartment exactly how I’ve always envisioned.

I’m not sure when or why it got into my head that I needed a teal couch. You’d think maybe I’d obsess over a pink couch, seeing as everywhere else in life I obsess over pink. But no, when it comes to decorating, everything is teal. And so, when it comes to my couch, I’m all about the teal (or, at least, any sort of blue-green shade).

I once actually bought a powder blue sofa. It was ridiculously cheap at an outlet store because it was a floor model and only had one arm (it was technically part of a sectional — I’m not sure what happened to the rest of it). But it sat in my poor parents’ house forever as I was too poor to move out and eventually they gave it away to my sister.

But anyways, I want a teal couch. Sure, it may be more practical to get something neutral, like brown or gray. But suck it. Teal. Teal teal teal. Besides, I’m not allowed to paint in my new apartment so I need color everywhere else. Everywhere. Else.

Teal is actually a pretty popular color in couches. OK, I don’t know about popular, but it’s at least pretty available.

Teal is actually a pretty available color in couches. So there are a lot of options for me to choose from. Some are probably more comfortable than others. Some are definitely more affordable than others. And some are just downright impracticable (but pretty, still). It makes finding the perfect couch hard. Well, easy, because I want like three couches. Can I just have three living rooms? (The answer to that is, “No,” I can barely afford a one bedroom apartment to begin with.)

I kind of already know which one I’m leaning towards, because it’s one I’ve been lusting after in the store for a while. But then I see other ones and get confused. So confused.

But I really can’t wait to finally have a couch of my own. (I know, weird.)

What do you think? Which couch is your favorite? Or do you think I’m crazy and should just go on Craigslist and buy something brown. I can take it. (OK, no, I can’t.) 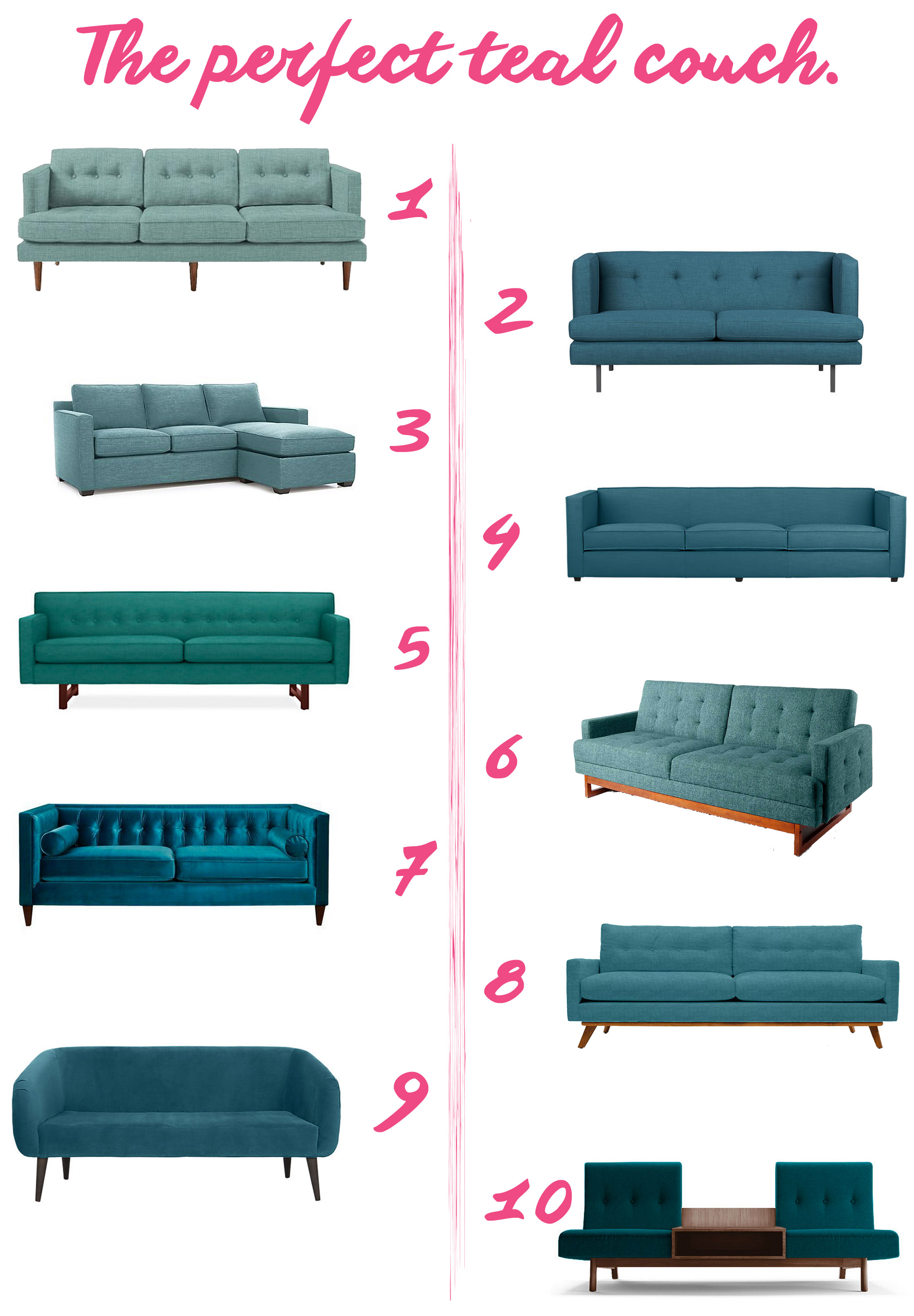 Which teal couch should I get? GO!

A gift guide for the apocalypse.

Normally around this time of year I publish my annual gift guide full of all the amazing, fun, and quirky...

Self care gifts you should buy for me or someone else.

Every year around this time, with Christmas and my birthday looming and present buying on my mind, I like to...