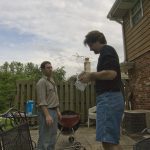 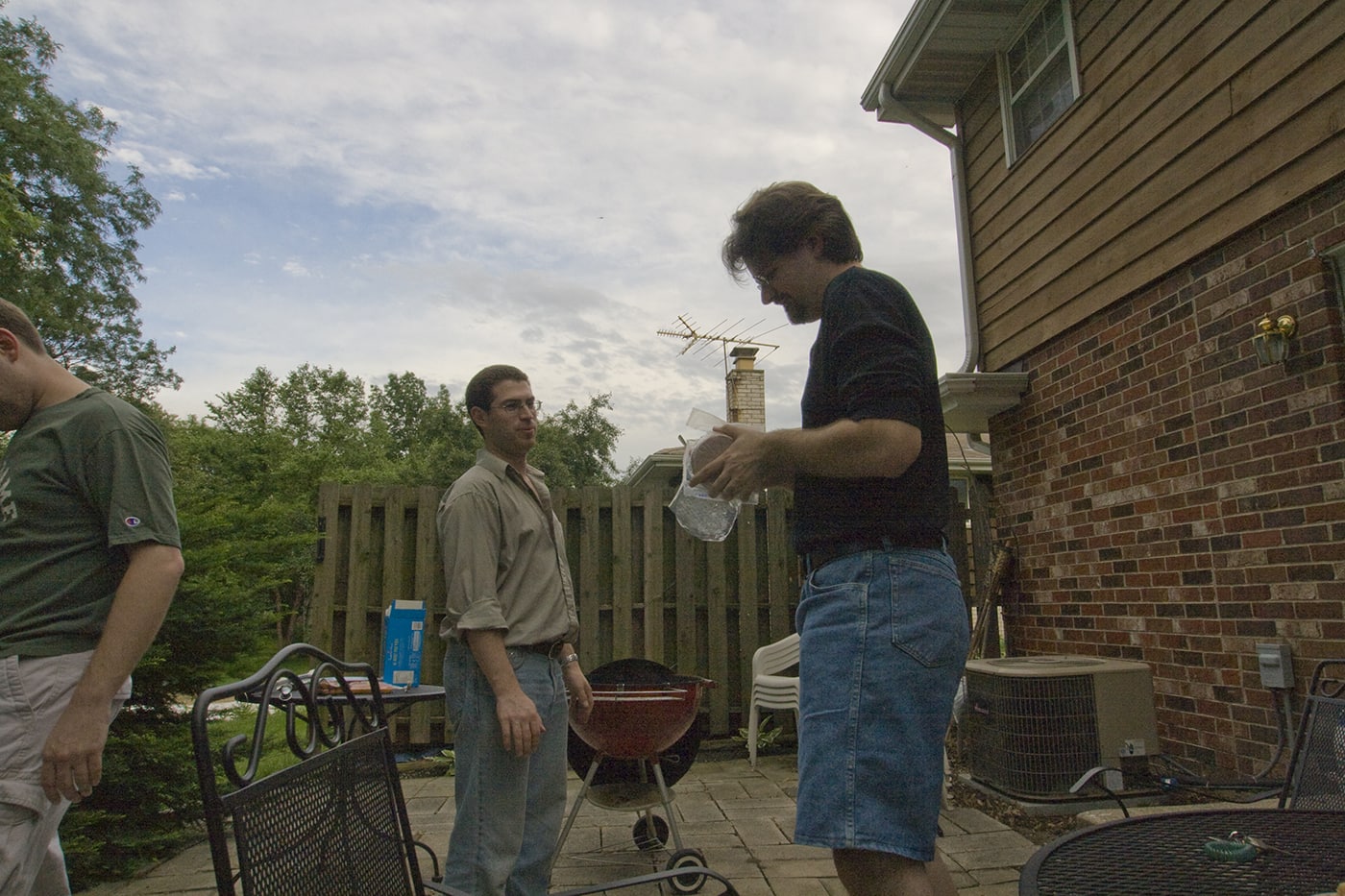 Scotty is in town! So last night I met up with him for a bbq. I made a delicious apricot chicken salad that kind of reminded me of the taste of the Stir Crazy Plum Crazy Chicken…I’ll have to experiment with it because I loved that dish and they no longer make it.

Anyways, I had some ketchup with hot dog. And caught up with Scotty and everyone else. And then totally did awesome in a shooting video game (or…maybe I spent the whole time trying to figure out how to get out of a building and running into walls…)

KennyK and MattyK are apparently moving in together. When they started talking about their wine cellar I said to Scotty that they sounded more like a gay couple than brothers. Ken said they were more like Frasier and Niles Crane. Can’t say I can argue with that one.

Ken and Scott smoked some pipes and I really wished I had a bubble pipe so I could join in.

At the end of the night I hung out with BobbyK and his friends for a bit as MK fell asleep on the couch. Eventually I patted his head goodnight…he opened his eyes and looked pretty pissed at me that I woke him up. I don’t think he remembers that though.