Every time Rob starts a fantasy baseball team he posts all of their pics in his blog. I am following suit. Here is my 2007 Fantasy Competitive Eating Team!!! (yes, they have a fantasy competitive eating league…and yes I found four other people to join with me! I love my friends!!!) 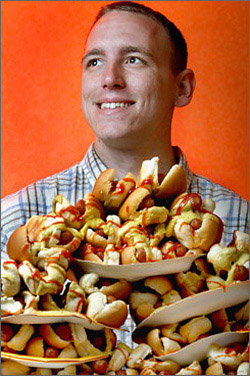 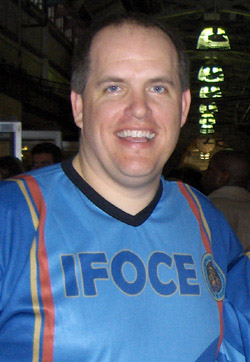 Bob Shoudt
#7 ranked eater. He is a vegetarian and will only eat meat in sanctioned competitions. 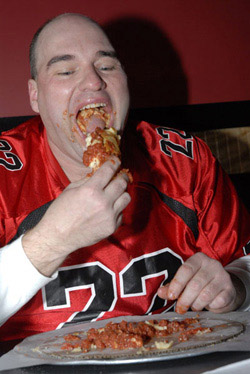 Dale Boone
#16 ranked competitive eater…maybe. Looks like he may have left ifoce, which means I am totally screwed on this pic. Damnit! Time to trade for whatever is left. Claims to be a direct descendent of Daniel Boone. (fuck it, I dropped him for Pat Bruss…but I can’t find any pics of him, so Dale will stay here…hopefully Joey will do so well that he will make up for it…). 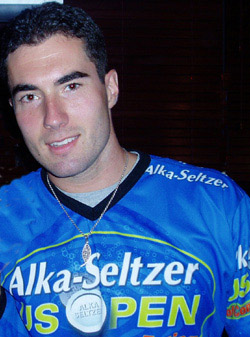 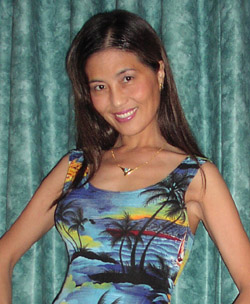 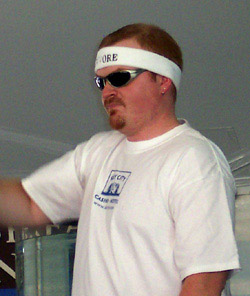 Jason Erb
#34 ranked competitive eater. I don’t remember why I picked this dude. I think it is because he’s been competing lately so I figured I figured that he’d at least compete at a qualifier. 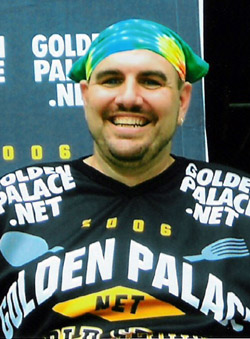 Russ Keeler
#20 ranked competitive eater. At this point it was just looking for whoever had the highest rank 🙂