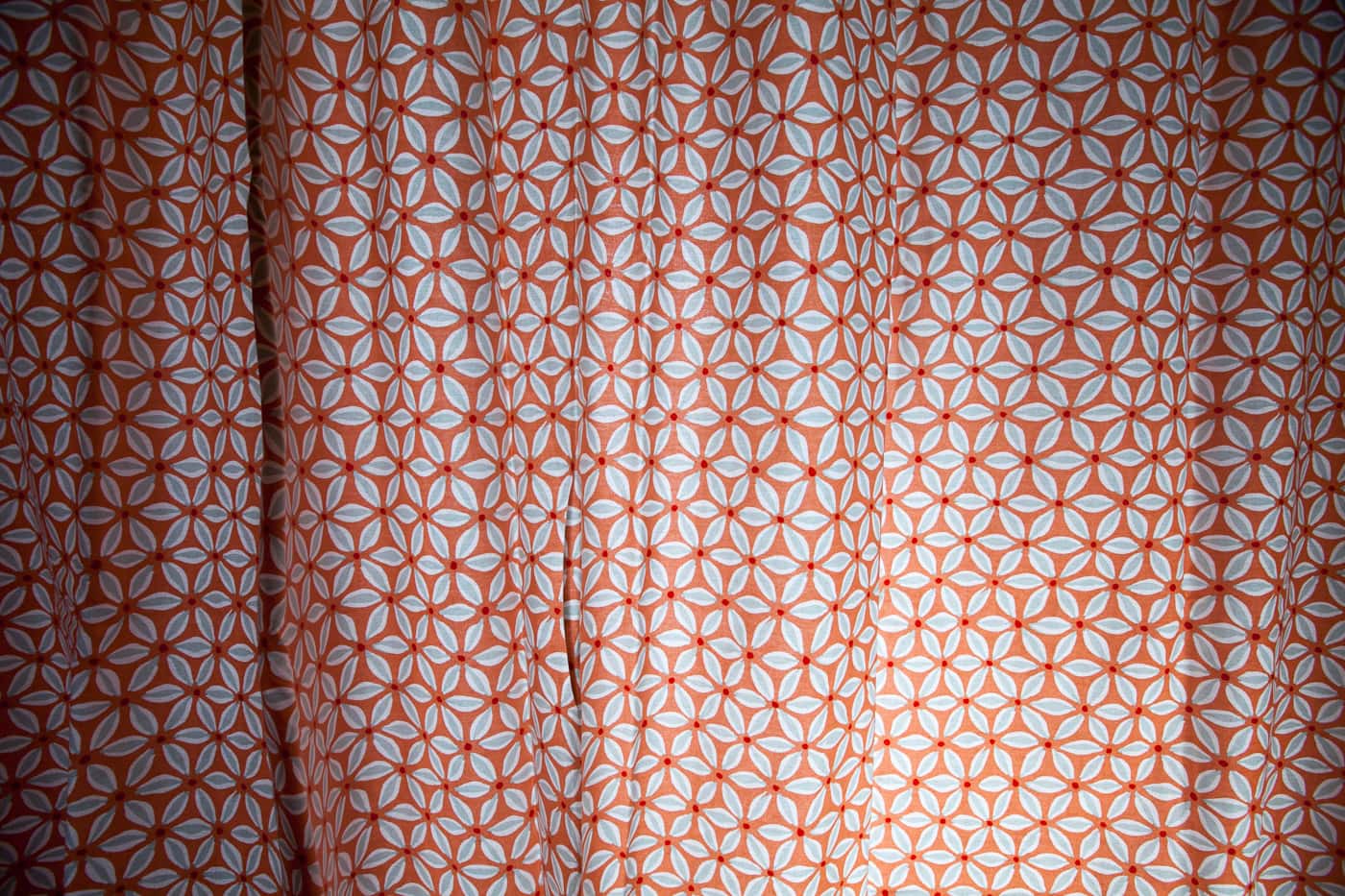 Replacing things that don’t need to be replaced.

Or, my new peach and aqua bathroom...

Of course, that’s not always possible. Sometimes you just need something now and can’t wait until you can find or afford the perfect version. When my can opener broke, recently, and I could barely open a can of cat food, I bought a new one, right away, the next time I was at the grocery store. It was standard, black, and functional. I didn’t have time to wait to find the perfect aqua can opener to replace the one that had broke. I just needed to open those damned cans.

The cats had to eat.

Of course, a few weeks later I was at Home Goods and found the perfect aqua can opener there. And I then had to talk myself out of buying it because I already had a perfectly usable can opener. And, I mean, it’s a freaking can opener.

I didn’t need a new shower curtain. My old one was perfectly fine. It fit perfectly into my pink bathroom. I loved the bright pink color and how, when the sun shone through the bathroom window, it cast a bright pink glow over everything.

It didn’t need to be replaced.

But then, one day, I was in Target and I saw this new shower curtain. And I really, really, liked this shower curtain. It was still pink but not entirely pink. And not bright pink but peach, really. It had a cute flowery, geometric-like pattern. It even had little accents of aqua blue.

I wanted to buy this shower curtain.

So, I didn’t buy a new shower curtain that day. But I did go home and think about that shower curtain. And I thought about it, randomly, for another couple of weeks.

“It’s OK to replace something that doesn’t need to be replaced.”

I waited until after I finished KonMari-ing my apartment.* Until everything was impeccably cleaned and organized. And I treated myself and my new tidied apartment to a new look for the bathroom.

I love my new shower curtain.

I guess, sometimes, you just have to buy something because you like it.

I guess, sometimes, you just have to give yourself permission to replace things that don’t need to be replaced. 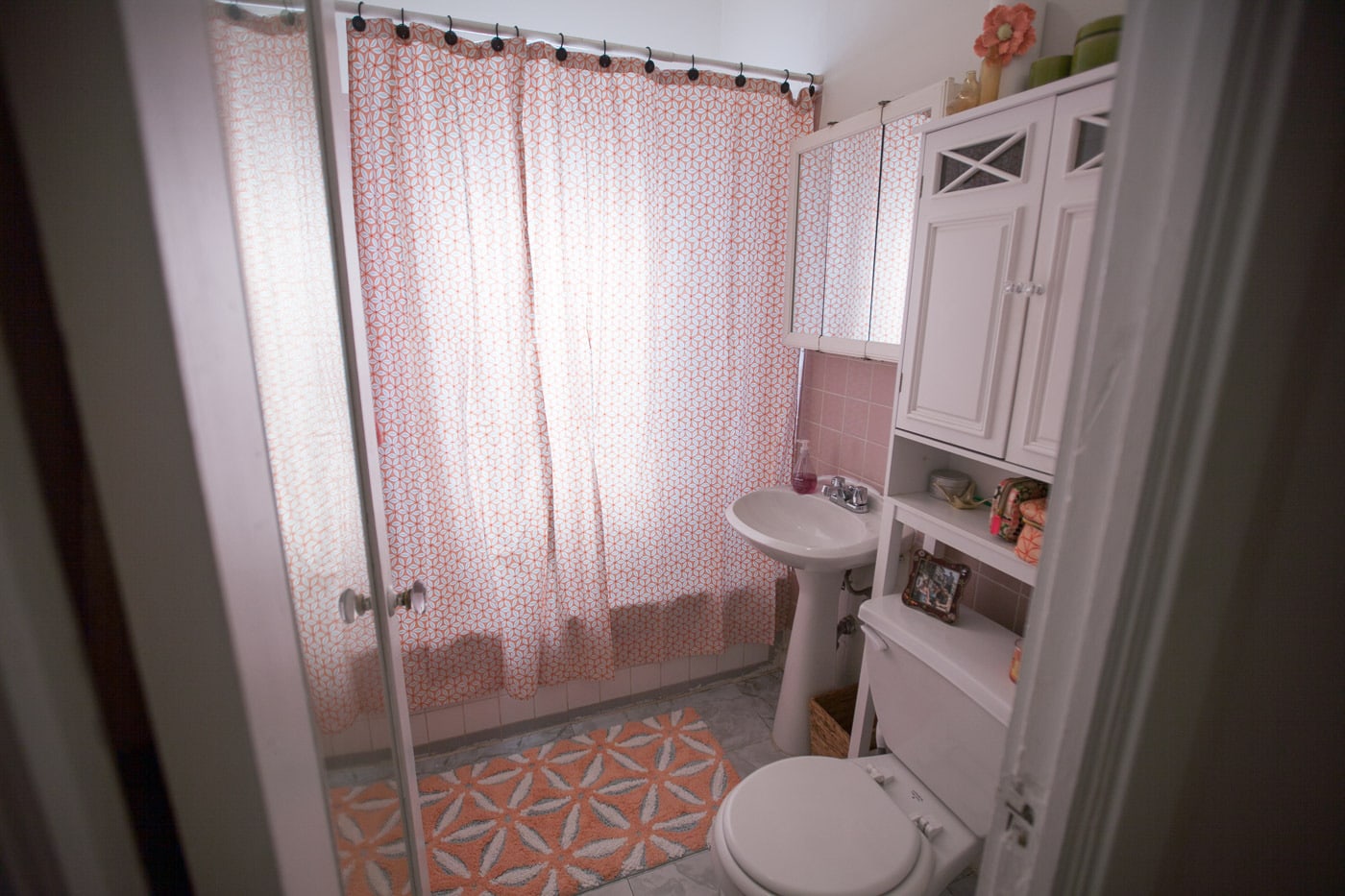 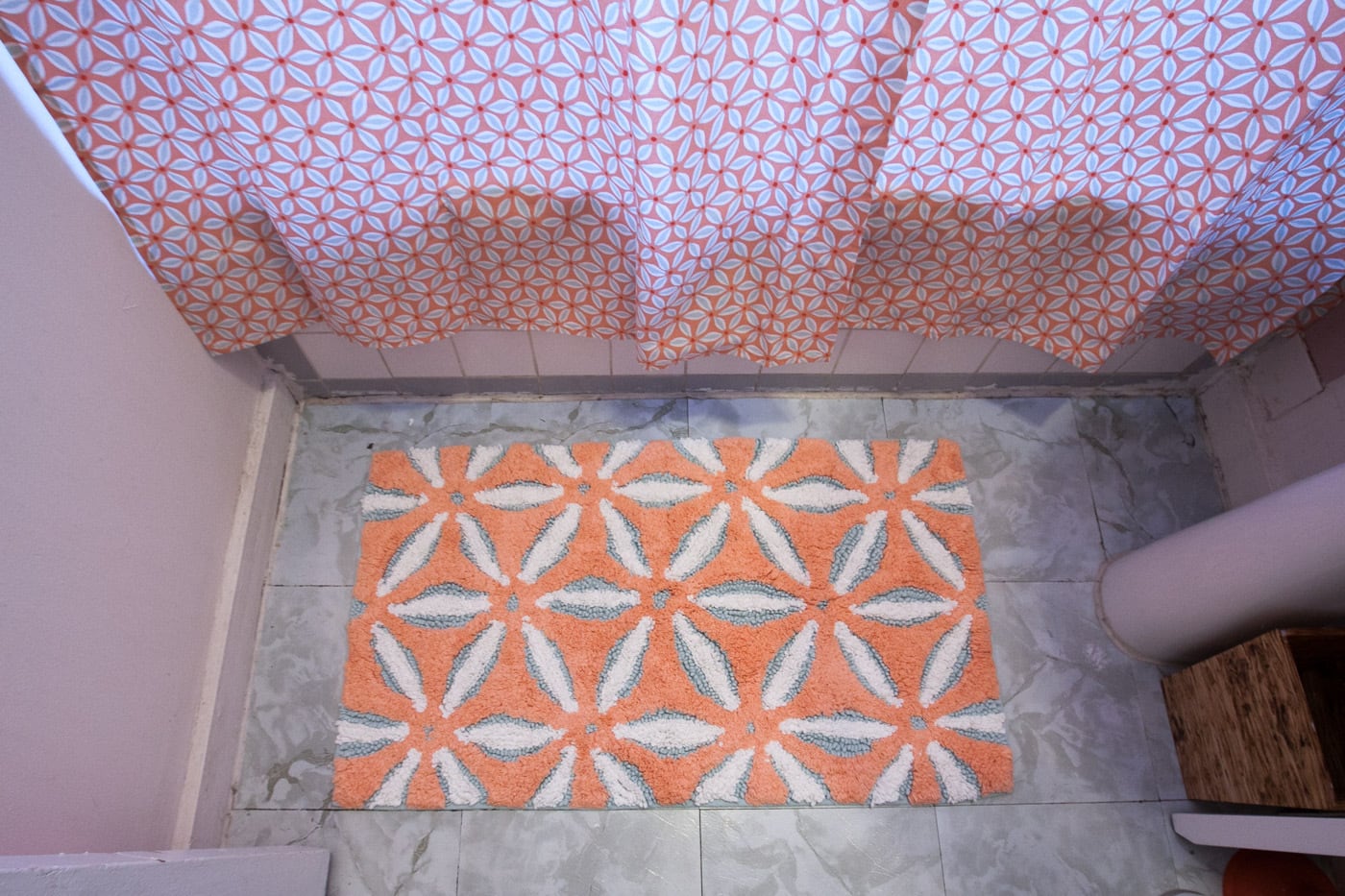 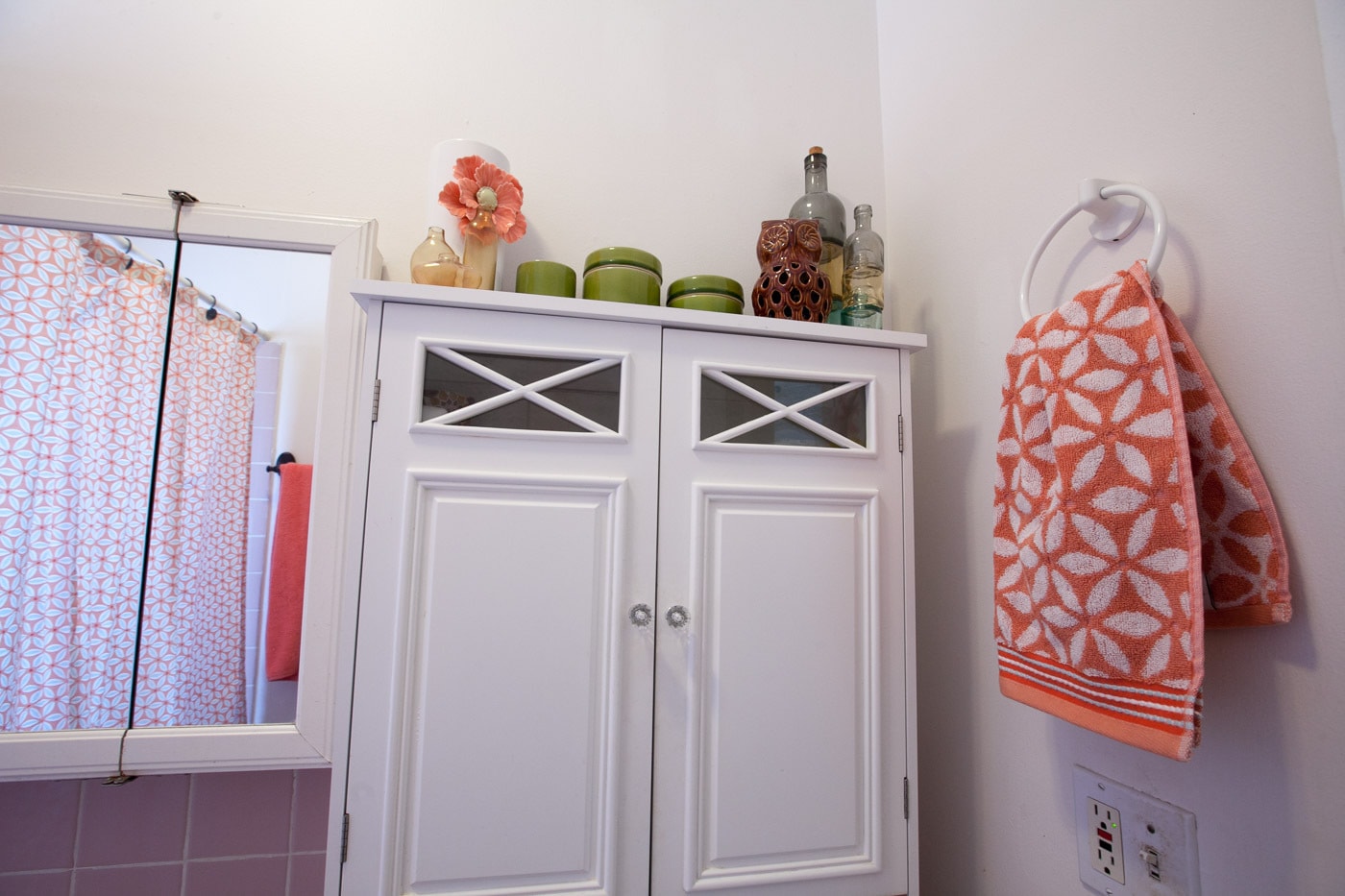 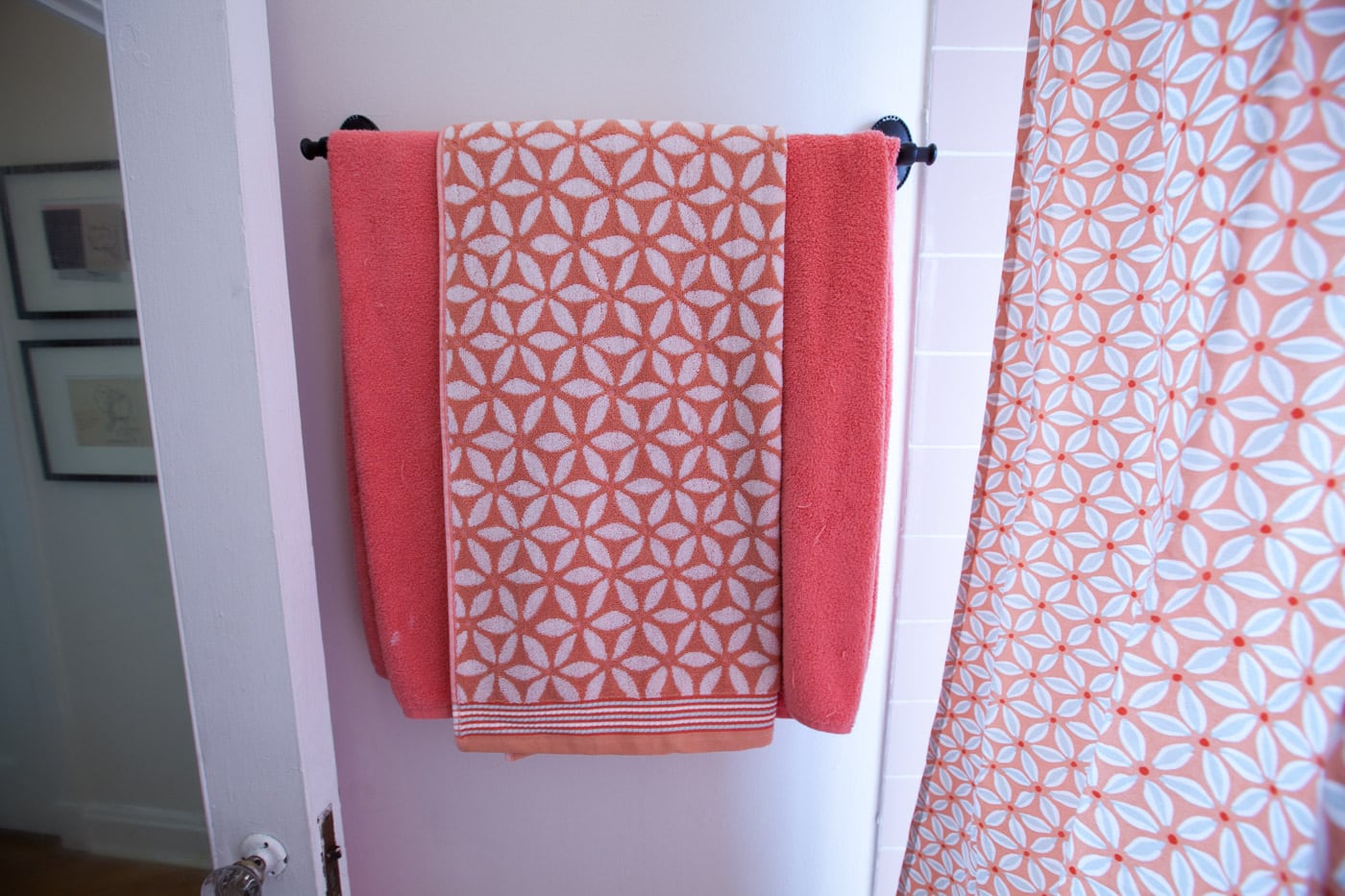 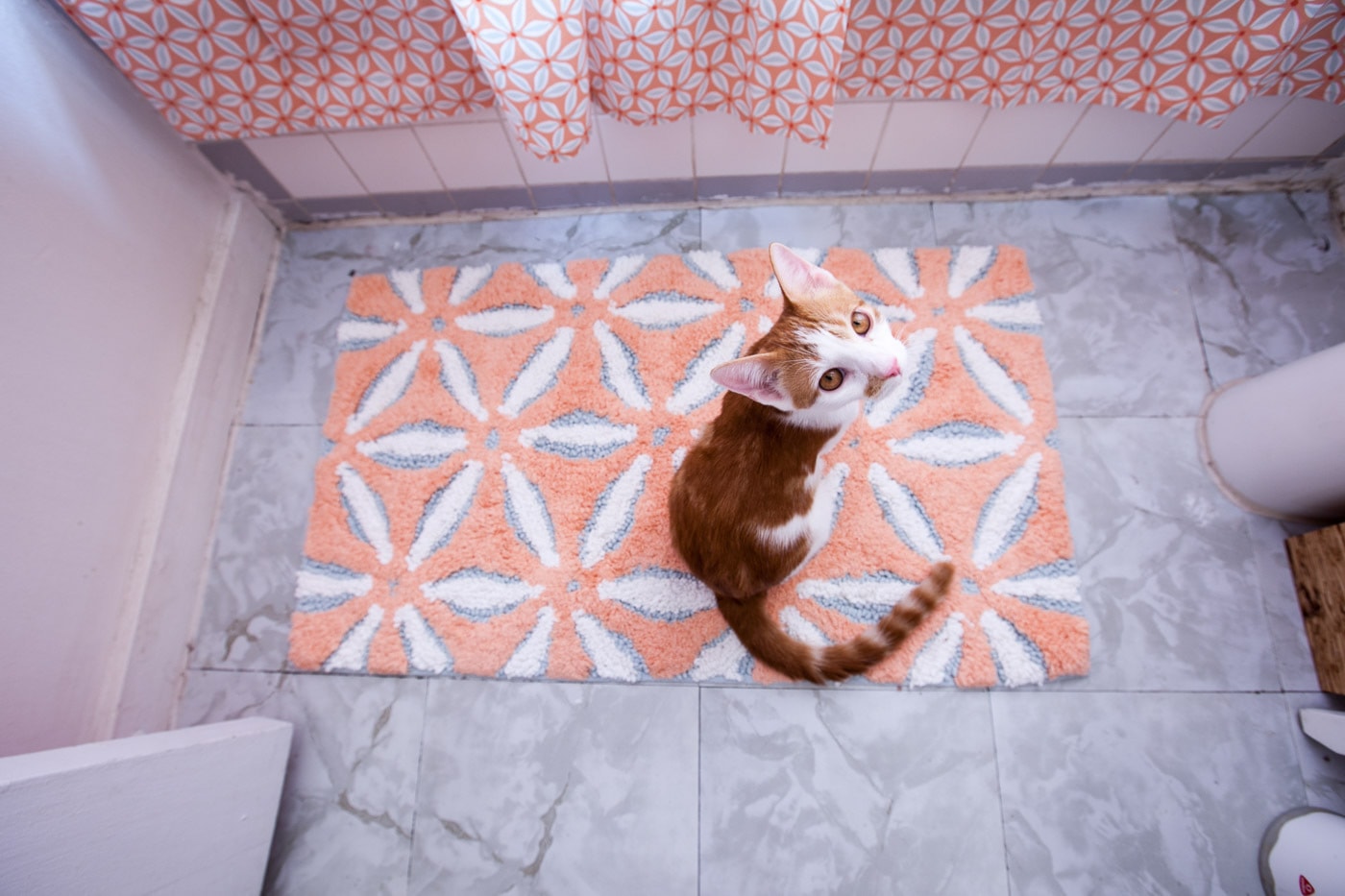 My peach and aqua bathroom, get the look: 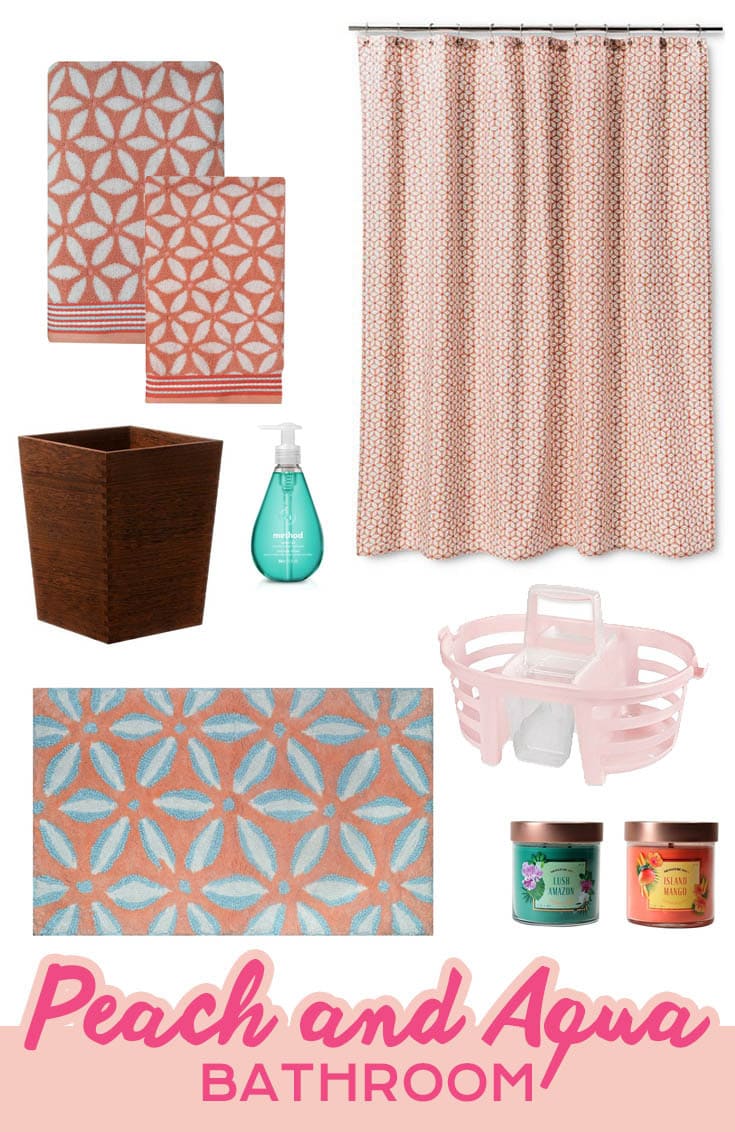 *I’m not completely done with KonMari yet, I still have a shelf full of photo albums and other mementos to go through. But that pile is out of the way and comparatively small (but also comparatively harder to go through). The rest of my apartment is amazingly organized though. 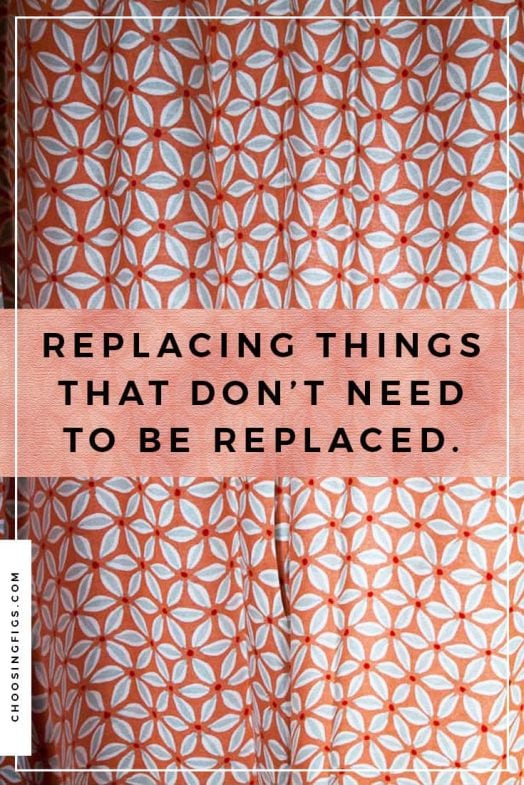 Replacing things that don’t need to be replaced. Or, my new peach and aqua bathroom and shower curtain… 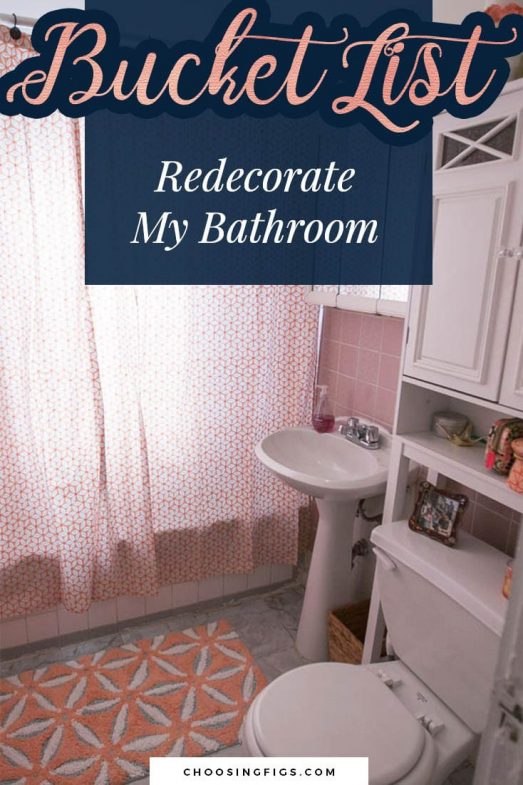 Bucket list idea: redecorate my bathroom. | Replacing things that don’t need to be replaced. Or, my new peach and aqua bathroom and shower curtain…