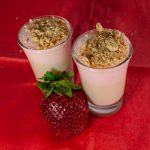 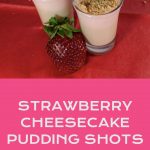 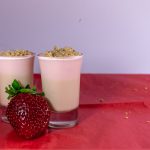 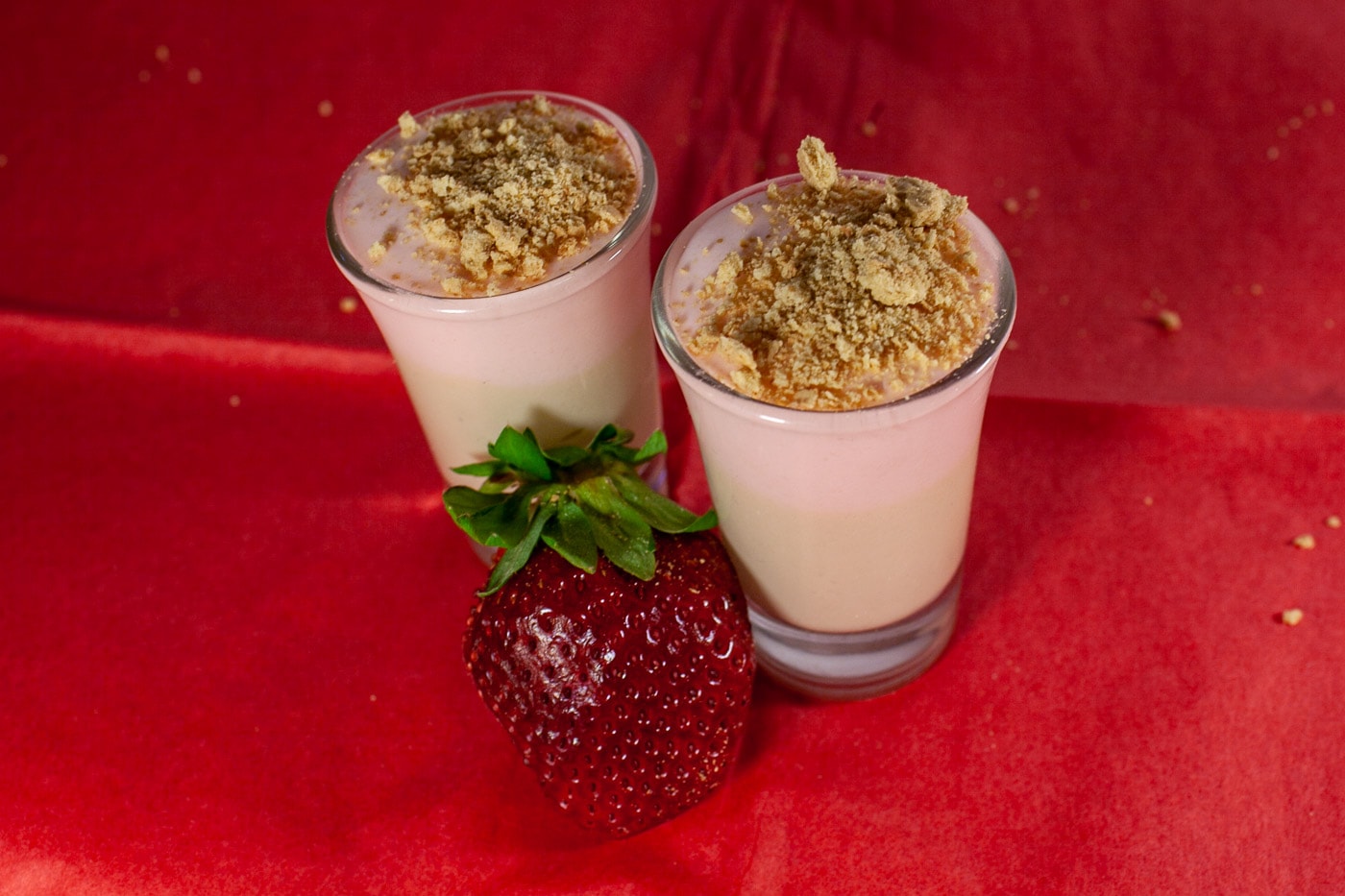 I’ve never made a cheesecake from scratch. It just seems like one of those things I’d probably screw up. It wouldn’t set. It would jiggle too much and fall all over the floor. It would taste like cream cheese and nothing else. I don’t know. I just know I’d screw it up. So instead of even attempting to try to make a cheesecake, I think I’ll stick with something I know I’m good at making and make these strawberry cheesecake pudding shots instead.

Because you can’t screw up pudding shots.

I mean, they are SHOTS, after all.

This strawberry cheesecake pudding shots recipe starts with a layer of cheesecake pudding that’s mixed with Baileys’ Original Irish Cream alcohol. It’s then topped with a layer of alcoholic strawberry pudding made with Strawberries and Cream flavored Baileys’ (if you can’t find this limited edition flavor you can always substitute strawberry vodka or use more Original Baileys’). Finally, for that little bit of “crust,” top it off with some crushed graham crackers.

It’s everything you love about a slice of rich strawberry cheesecake with way less effort, way less chance for something to go wrong, and way more alcohol… 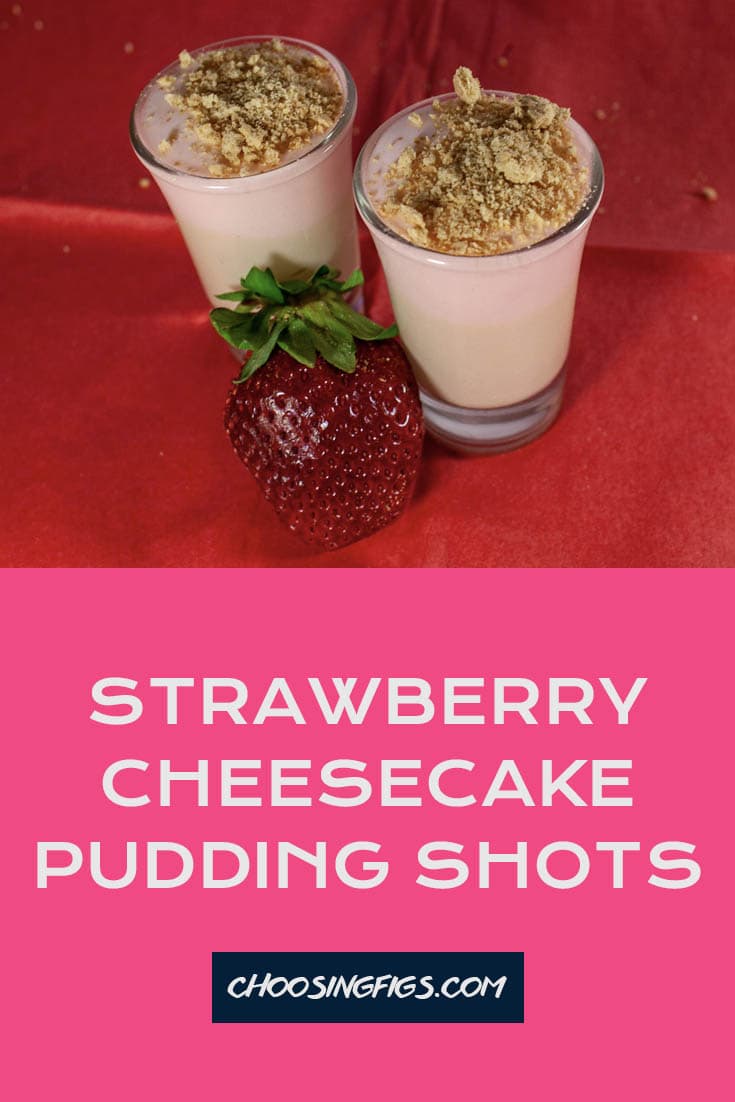