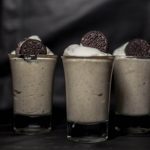 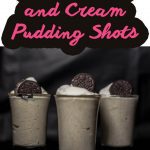 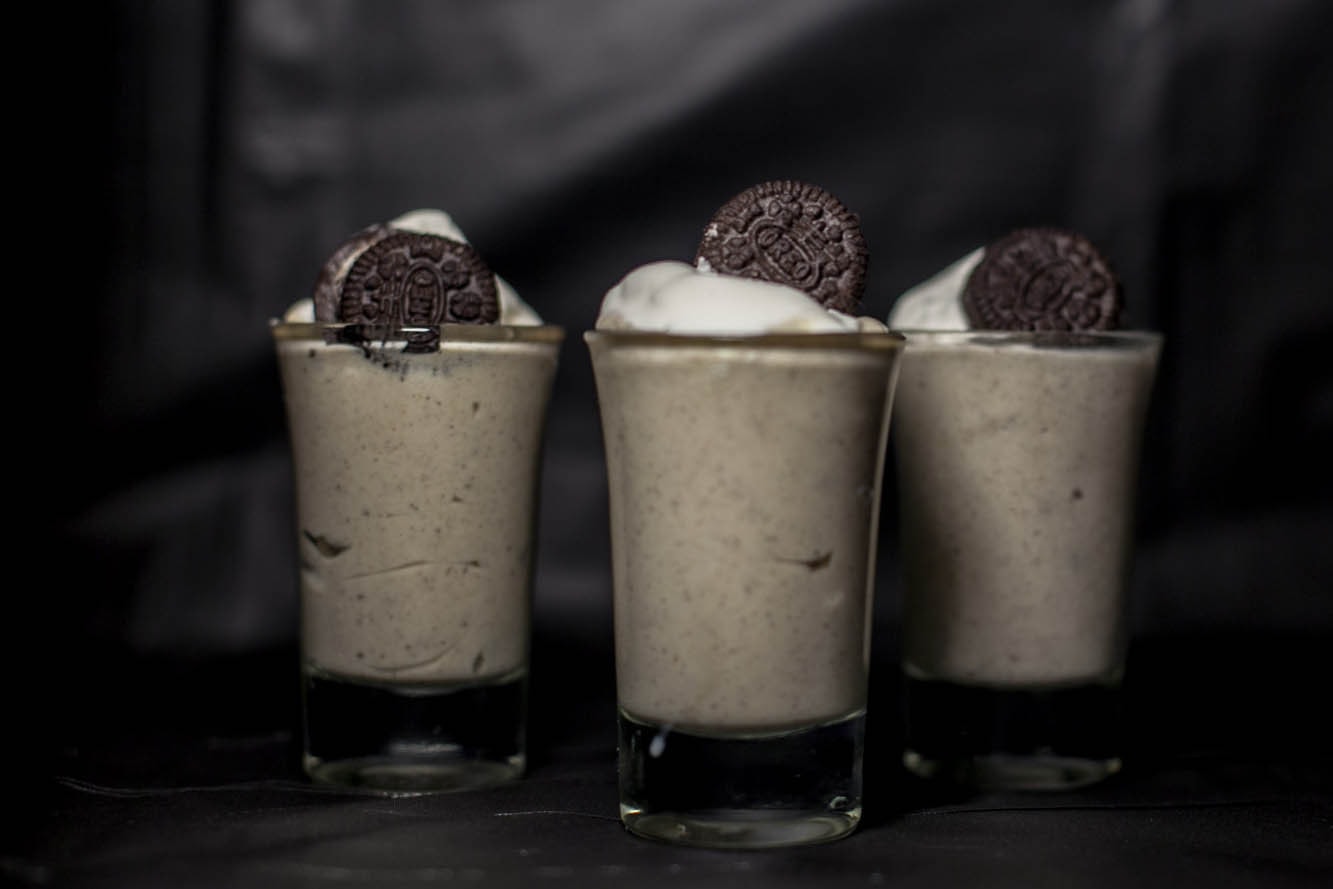 I made two batches of Oreo Cookies and Cream Pudding Shots to bring to a pot luck at work today. I mean, why would I bring anything else besides alcoholic pudding to a pot luck at work? Please. It was, after all, a “Back to School” themed party and, really, who didn’t have pudding in their lunch box at least a few times a year growing up? It was a totally on point contribution. Totally on point.

Did you know they sell boxes of instant Oreo pudding mix? I sure didn’t. Chocolate? Yes. Vanilla? Uh huh. Butterscotch? Sure. But Oreo? Who knew? I actually originally planned to mix up some vanilla pudding with crushed cookies to make my own. Which you can still totally do if you can’t find a box. But this just skips that step and comes all premixed and I am all about skipping a step whenever possible.

I couldn’t decide which alcohol would better complement a batch of these Oreo Cookies and Cream Pudding Shots: birthday-cake flavored vodka or an Irish cream liqueur. Both were solid options so… I decided to try both.

I mixed up the first batch of pudding substituting about half the milk on the package directions for vodka. As one should always do with everything in life.

That batch turned out super yummy and had that definitive vodka sharpness. It was STRONG. Granted, at one point while making them I tasted the mix and thought, “this isn’t strong enough,” and poured more vodka in… So maybe I overdid it…

So, really, either works. And either is equally as delicious. You could even use Kahlúa or RumChata or creme de cacao if you really wanted.

As always, when making pudding shots there’s a lot of playing by ear. Batter doesn’t taste alcoholic enough? Pour in a little more (you can always use a little more). Is the pudding a little too runny? Add some extra pudding mix or add in some frozen whipped topping (the secret weapon to give these shots the viscosity they need). Don’t have mini Oreos? Crumble up some regular ones (or, my personal favorite, double stuffed ones). 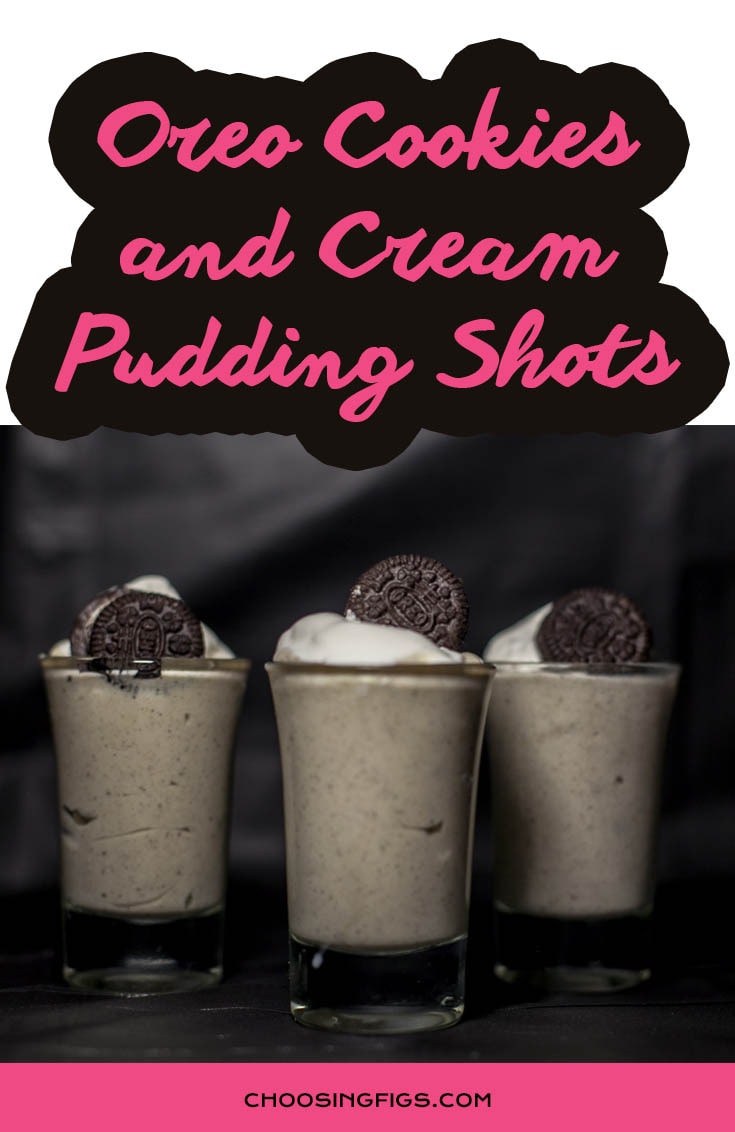 in pudding shots, Pudding Shots, Recipes
by Val Bromann
On KonMari, Clothes, and Cleaning Up.

On KonMari, Clothes, and Cleaning Up.