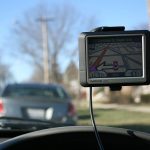 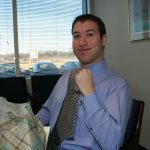 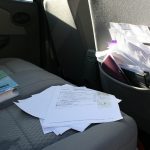 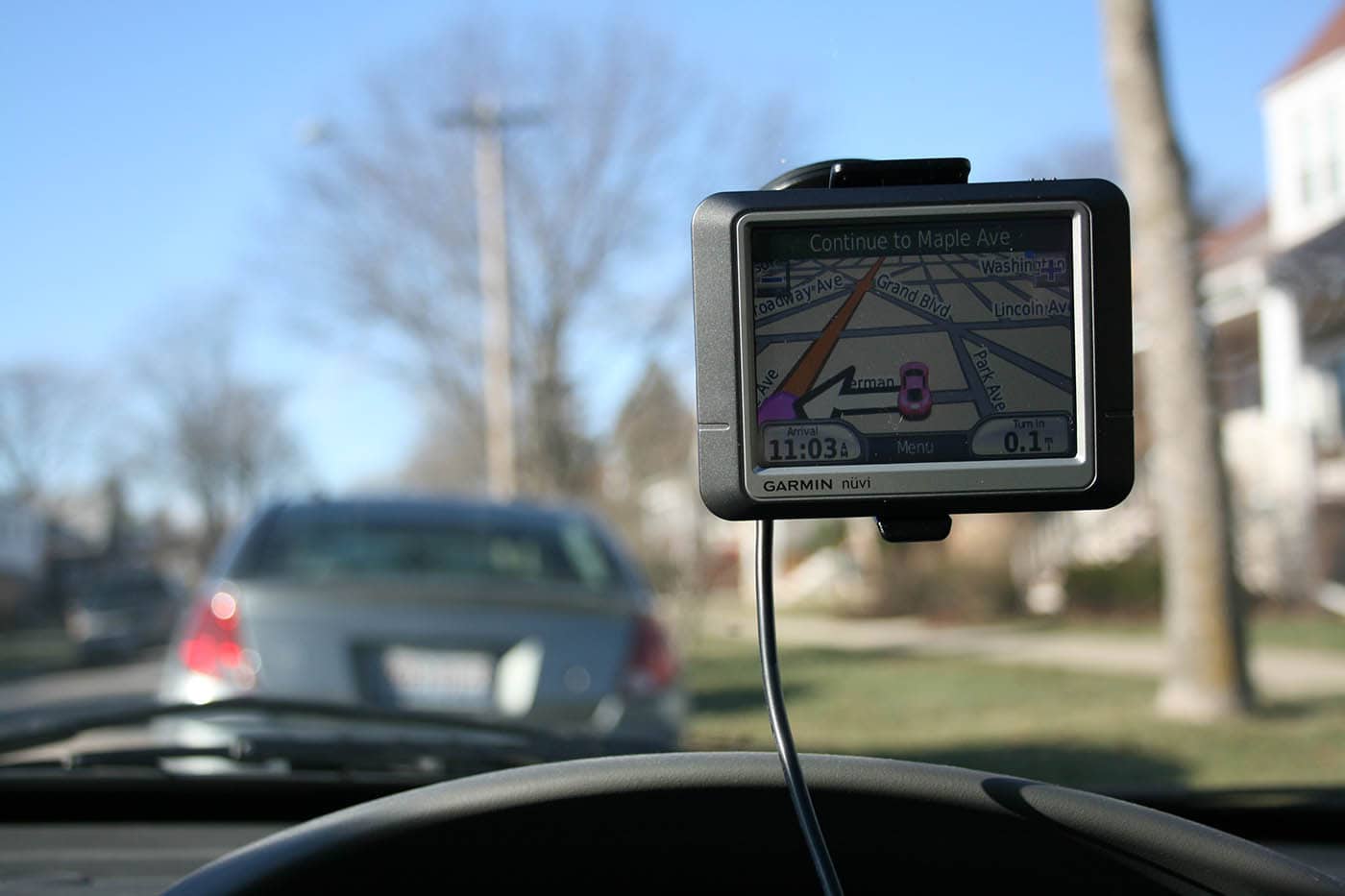 Goodbye stacks of printed directions in the back seat of my car! 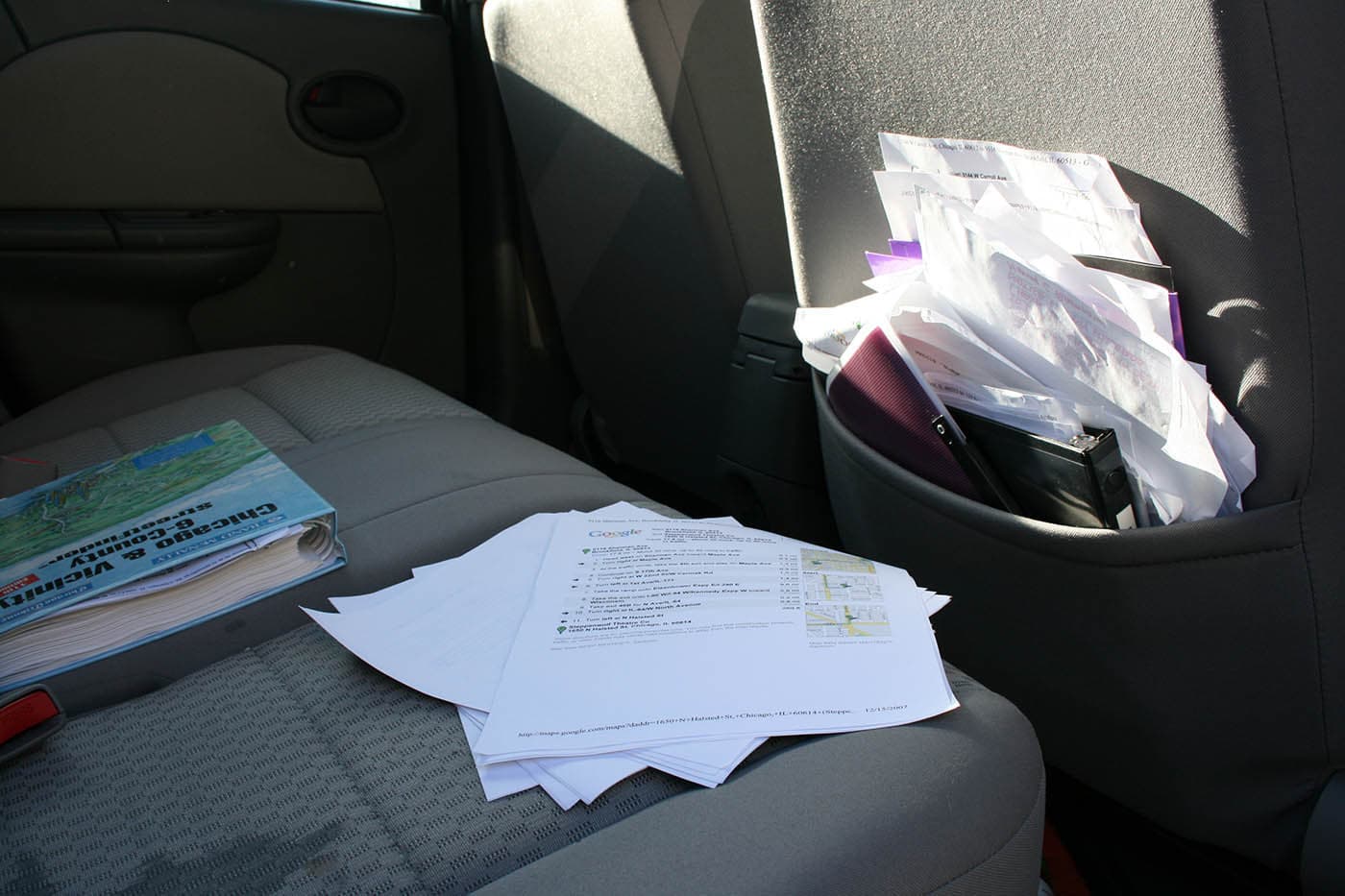 Since I didn’t go to work today, I went to see MattyK at his work so we could finish setting up my four-o-wunk for work. I brought him some coffee and leftover cake and he was afraid of it because he doesn’t like mushrooms. I had to explain to him that my cake did not really contain mushrooms.

I gave him his present and he was pleasantly surprised that I picked out a tie that was not garishly bright pink and opted for one that I felt looked like something he would wear but with a touch of pink to it. It was mostly gray with little diagonal stripes of light pink, dark pink, and white. He actually at least told me that he liked it and would actually wear it. I hope he will 🙂 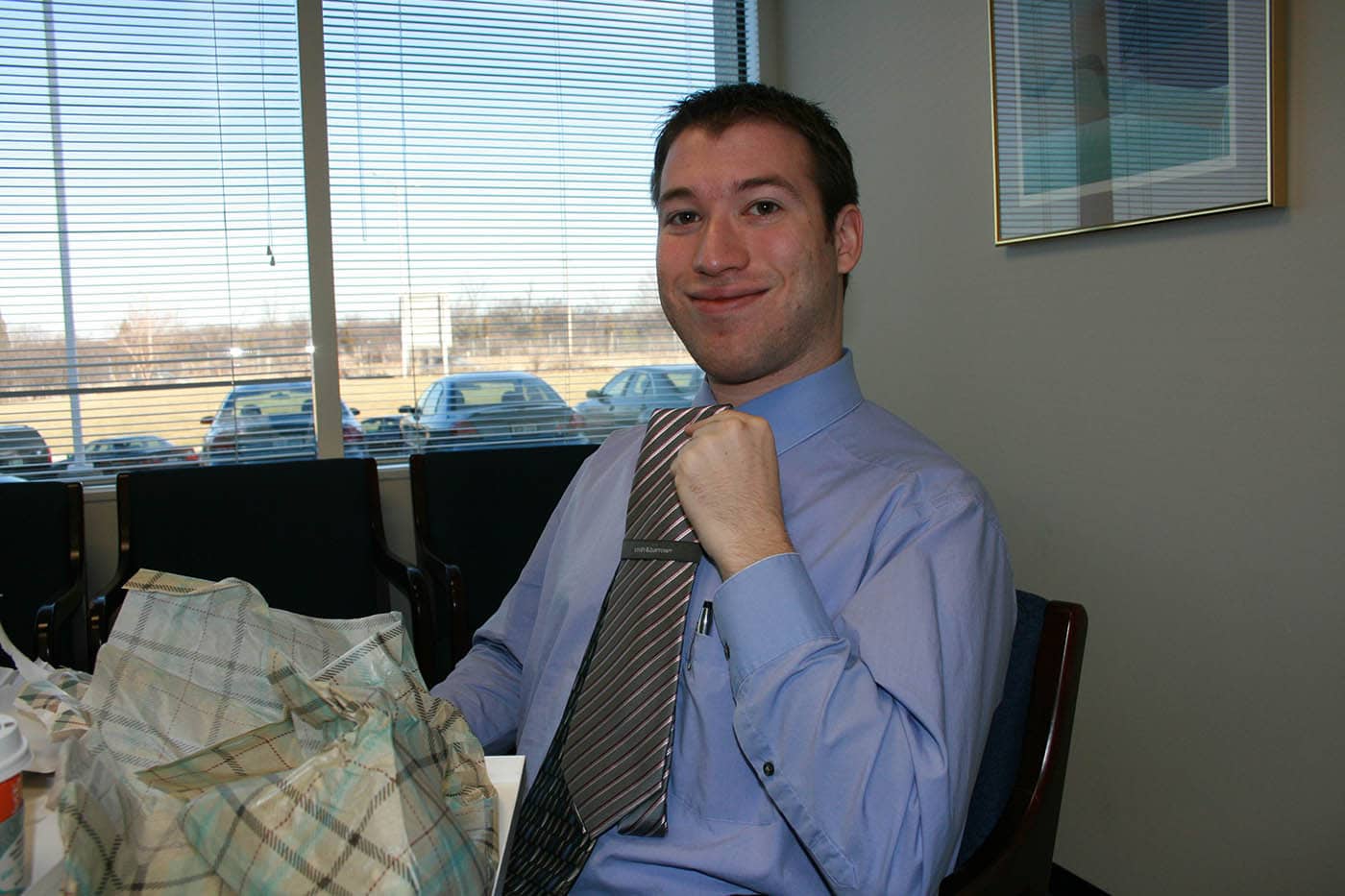 After dinner some folks headed home and some headed to a bar and Dave, Julie and I could not find the bar no matter how hard we looked for it. Eventually we found it, but Julie gave up and left. Once we got there MK, Scotty, and Karen left. That meant I spent a torturous rest of the night sipping on my bailey’s and coffee with Mike and Dave. I say torturous because…

Mike told Dave about how I slept with him (not really) in Vegas but that I wouldn’t cuddle with him.

They both kept trying to get me to order all of the guys in the group in terms of who I want to sleep with the most.

Dave kept singing the song Crazy Bitch about me

They did at least come up with the brilliant plan to kidnap Alina right before the wedding and send me down the aisle in a thick veil so Joe wouldn’t know it was me until too late…brilliant. 🙂

in food
by Val Bromann
He doesn’t want another dog licking his penis. (Or, a Bromann Family Christmas)

He doesn’t want another dog licking his penis. (Or, a Bromann Family Christmas)

Someone took me seriously…