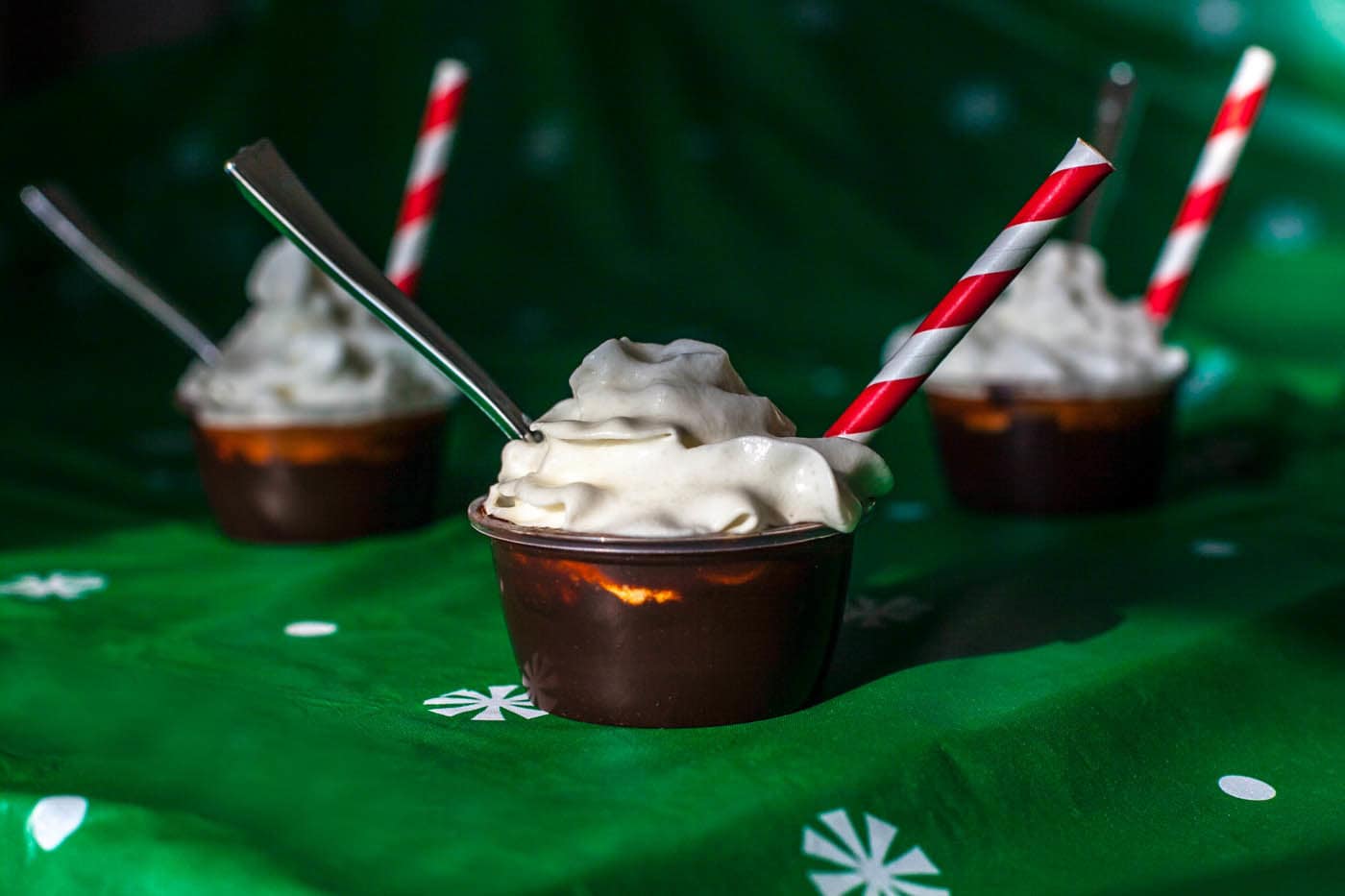 Holiday-themed pudding shots based off of my favorite seasonal coffee drink, the peppermint mocha.
Jump to Recipe Print Recipe

It was 2am. I was drunk. And I just wanted the damn things to have the actual consistency of pudding.

Actually, I just wanted to sit and stare for a while.

But I needed to finish the pudding.

You see, if there’s one thing my department at work is famous for, it’s throwing the most kick-ass pot lucks. And if there’s one thing I’m famous for at work, it’s bringing pudding shots to said department pot lucks (oh, and you know, the amazing work I do). I mean, if you’re going to stop work in the middle of the day to have a party and gorge yourself on tables full of food you should also have some alcoholic pudding to top it off…

Also, we had the company holiday party the night before and skee ball championships and the after-party celebration for winning the skee ball championships (!!!!!). So I knew I’d need to make something that would be super quick. And all pudding shots are are mixing pudding mix (in this case chocolate), milk, and alcohol (for these, crème de menthe and Kahlúa). They take five minutes to make. Tops.

What I didn’t take into account was how much time it would take to fill 50 individual Jello shot cups with pudding. And how drunk I’d be. And how much I would want to just sit and stare because of how drunk I was.

That really has nothing to do, though, with why this recipe makes 50 cups of pudding.

It makes 50 cups of pudding because, normally, I replace half the milk with alcohol. But, sometimes, that makes the pudding too soupy. And I was determined to get the pudding to be the consistency of pudding. So, after I added the alcohol, I just kept adding more milk and more pudding mix until it looked like pudding. Good, thick, pudding. (I’ve since learned that a good trick for thickening up these shots is to stir in some Cool Whip, which might have come in handy this night.)

My thickening process seemed to work because everyone at the pot luck agreed that this was my best batch yet. Mostly, though, because it didn’t taste “as strong” as normal. Because usually I make them pretty strong.

I made 50 of these Christmas-themed pudding shots because peppermint mochas are my favorite holiday drink at Starbucks so these are totally seasonal.

But really I just happened to have Kahlúa and crème de menthe in my bar already. So… 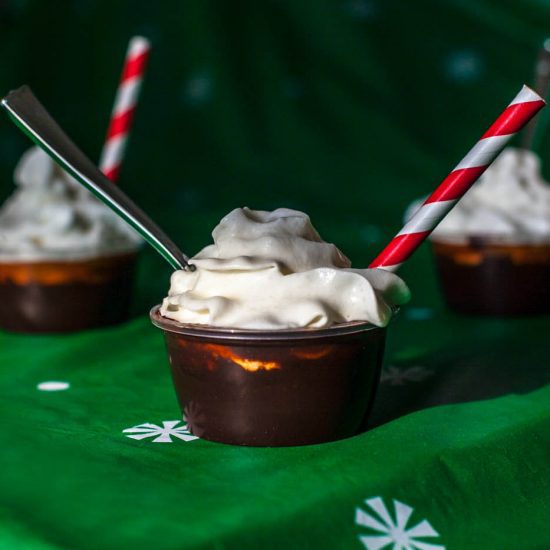 You can serve these chocolate peppermint pudding shots in regular Jello-shot cups like I did (best served with a red and white candy-cane striped straw and a silver mini spoon for tasting ease). Or, for something on-holiday-point and fancier, try these peppermint-flavored candy cane shot glasses. 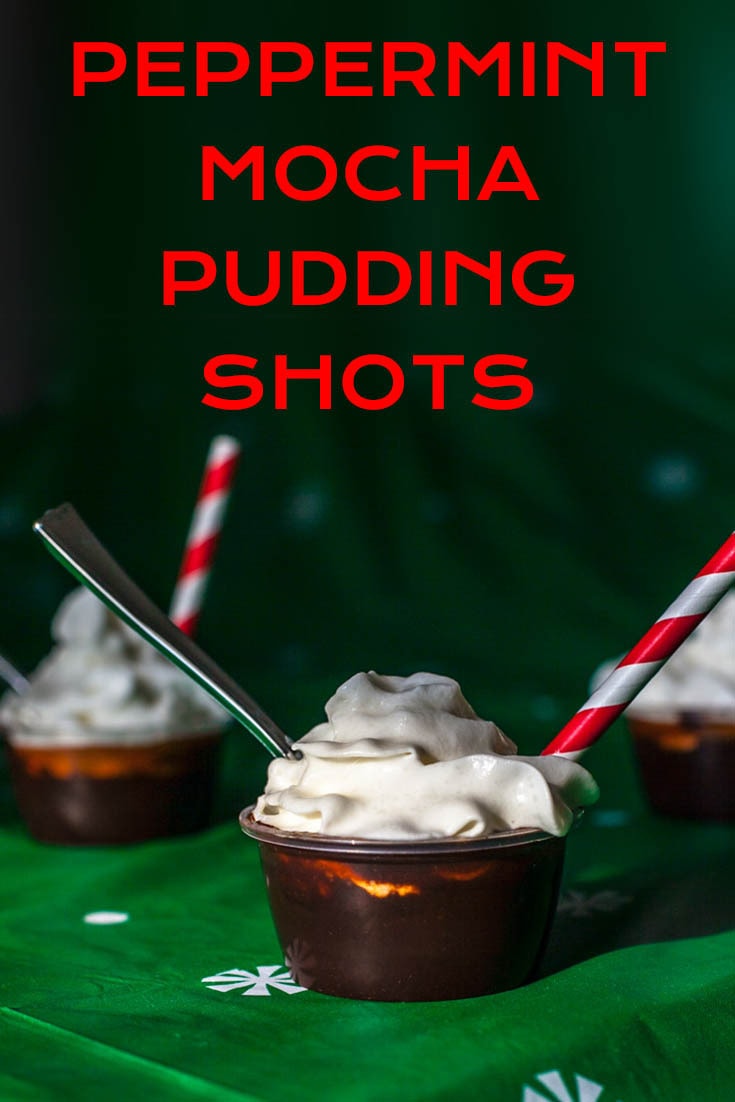