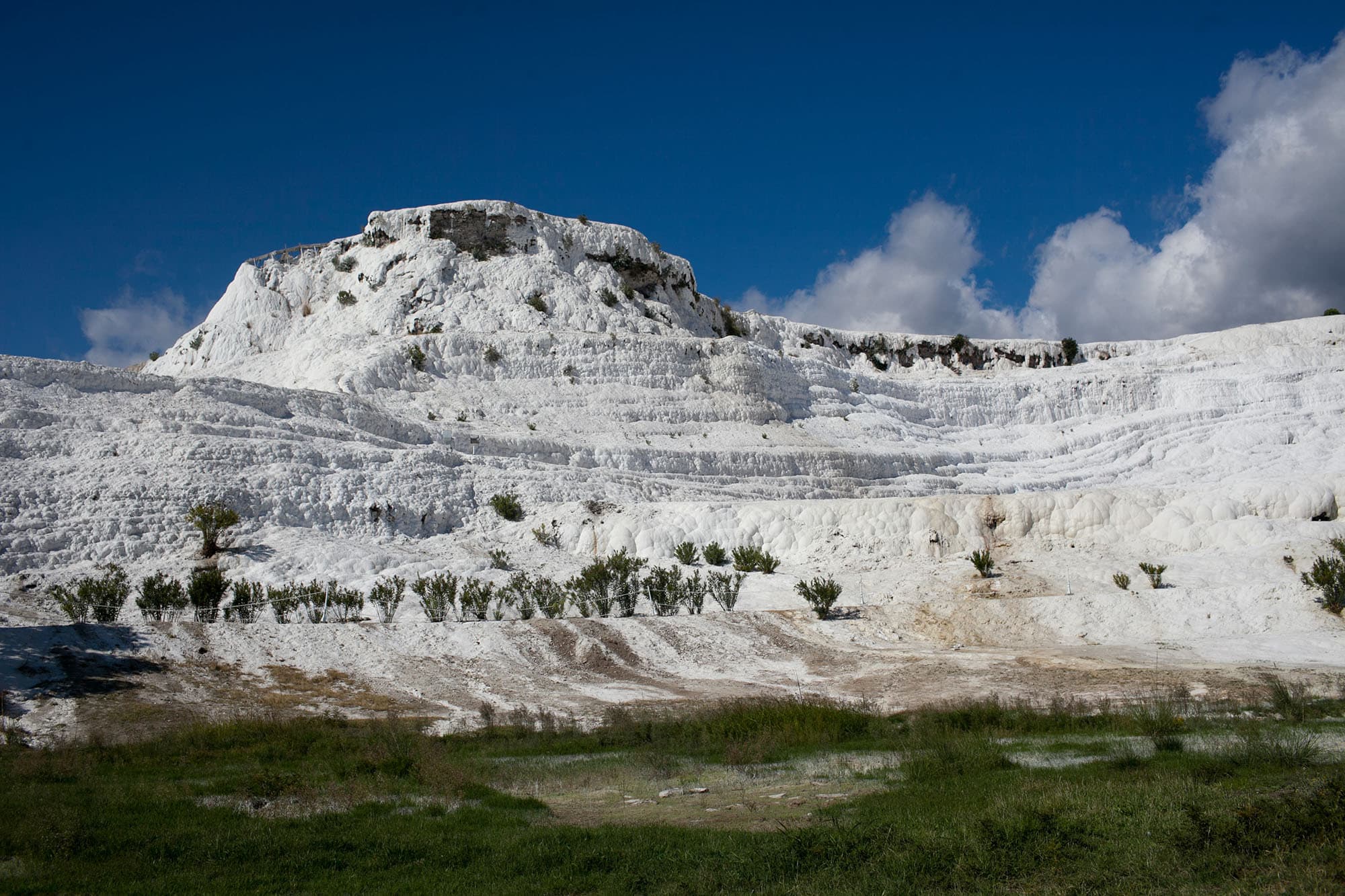 Exploring the Pamukkale travertines and Hierapolis in Turkey.

Pamukkale was cold. And rainy. I guess that’s what you can expect when exploring a country on its off season. There’s a reason tourists flock to places in summer: the weather is more cut out for exploring. I spent my first day in town with a woman on her 45th birthday. She was from LA and worked in television and movies. We went off to explore Hierapolis and the Pamukkale travertines which were, really, the only reason to visit the town….

Hierapolis was an ancient city and UNESCO World Heritage Site located on hot springs that run through Anatolia.

We explored some ancient ruins, observed the infestation of snails, then settled into the hot springs for a relaxing soak. Unfortunately of that I have no photos because the woman I had met had a waterproof camera but we never managed to exchange info. I left her a note before I left but I’m not sure if the hotel workers ever got it to her. 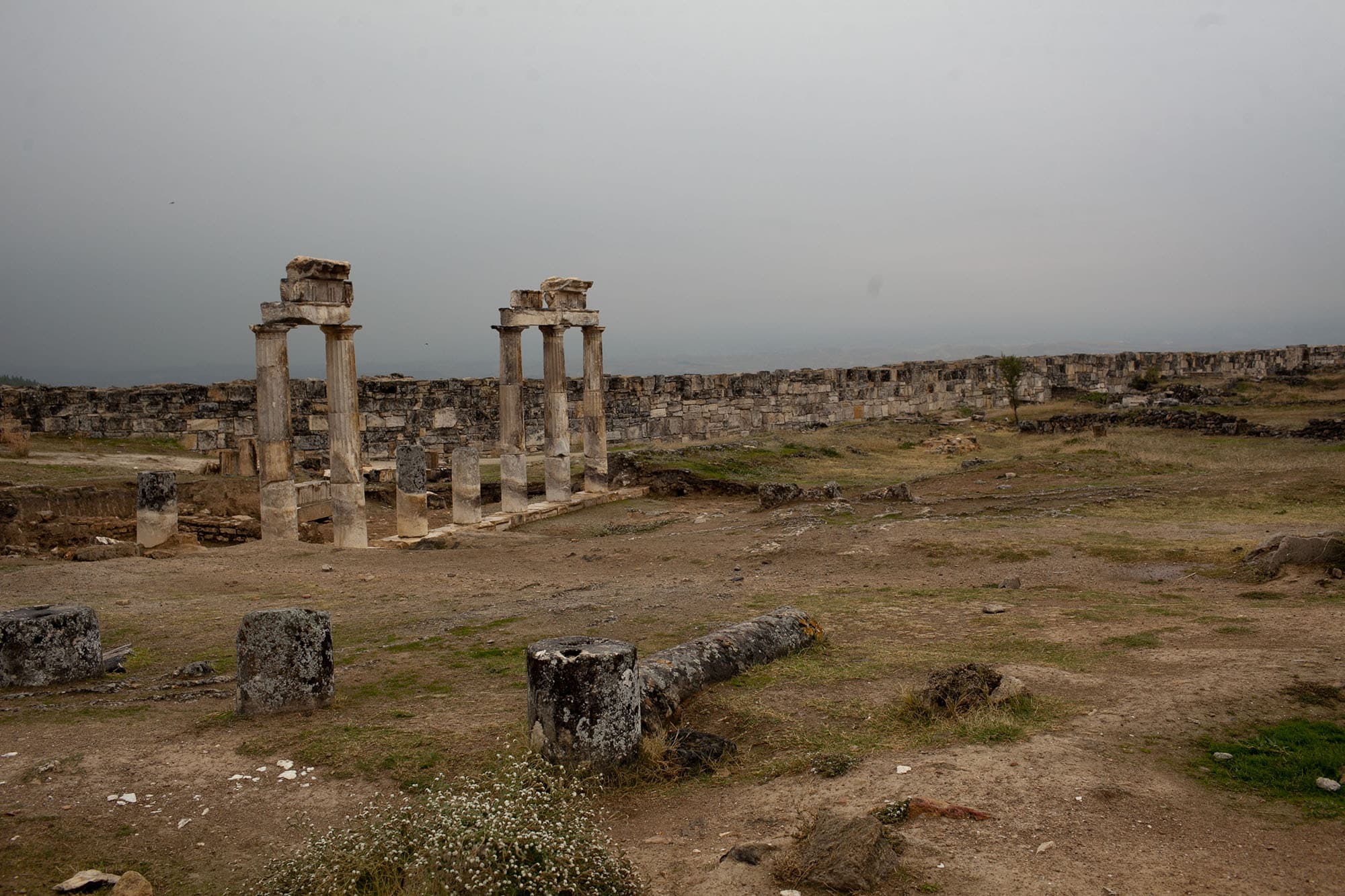 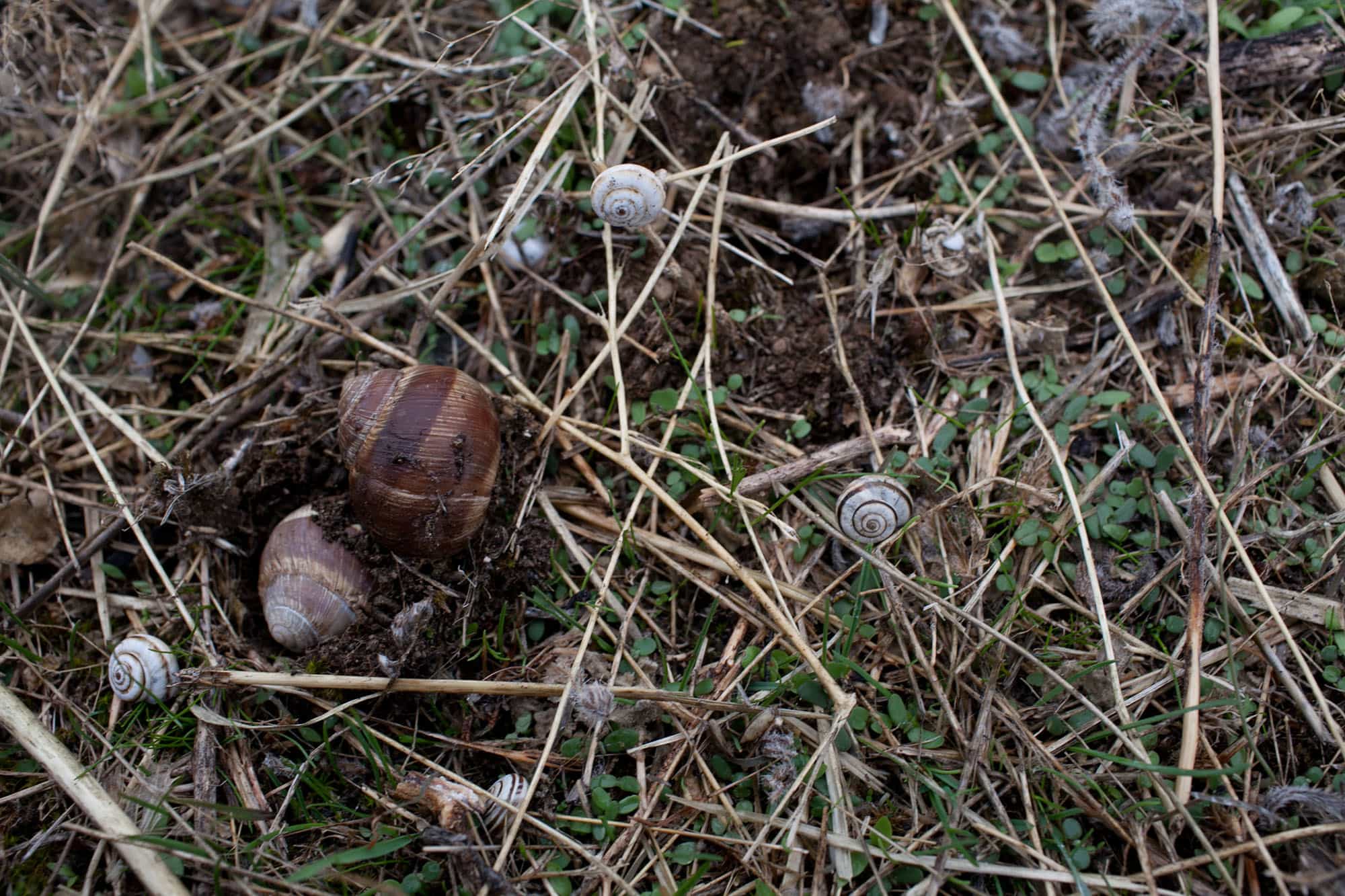 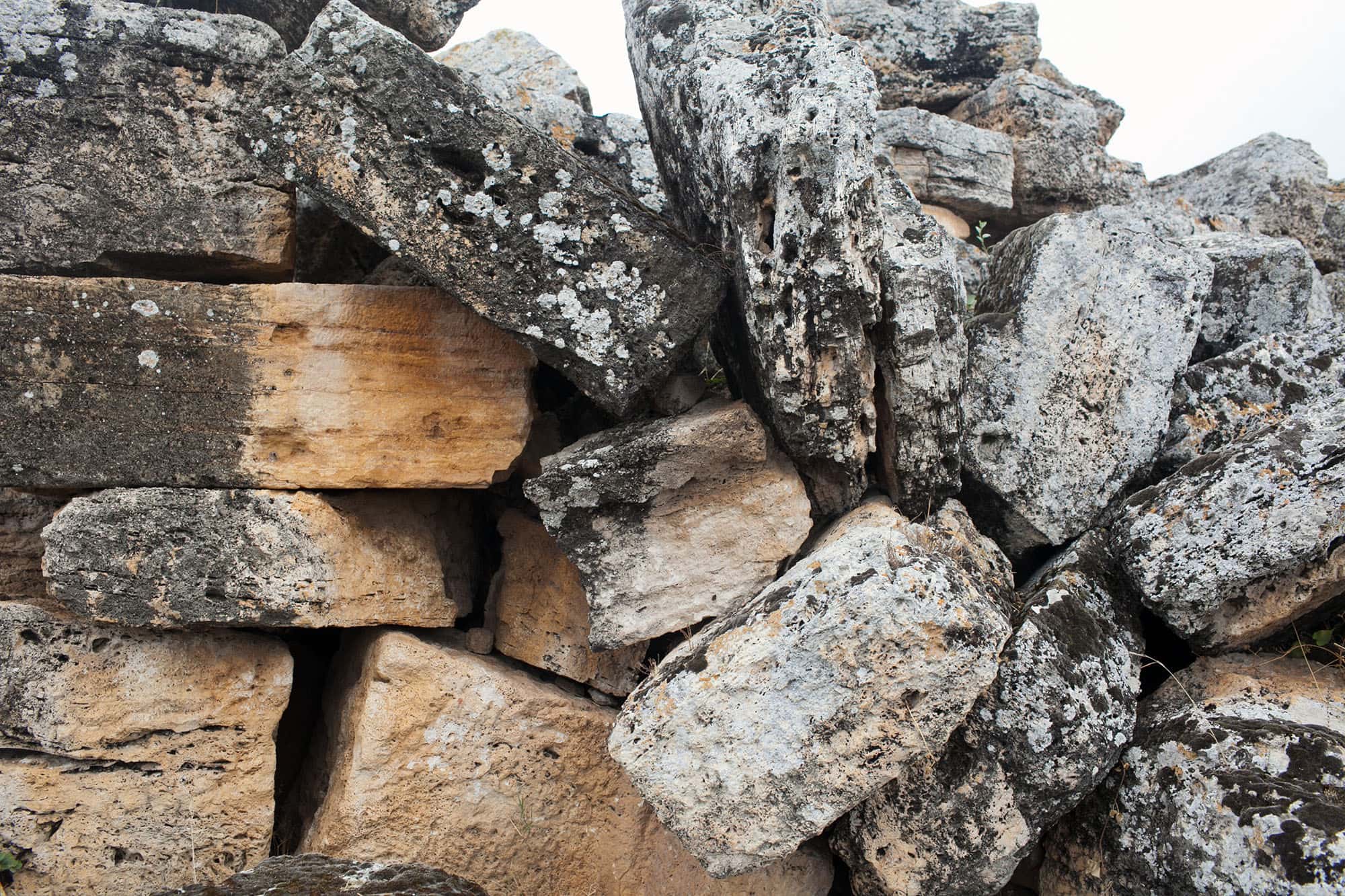 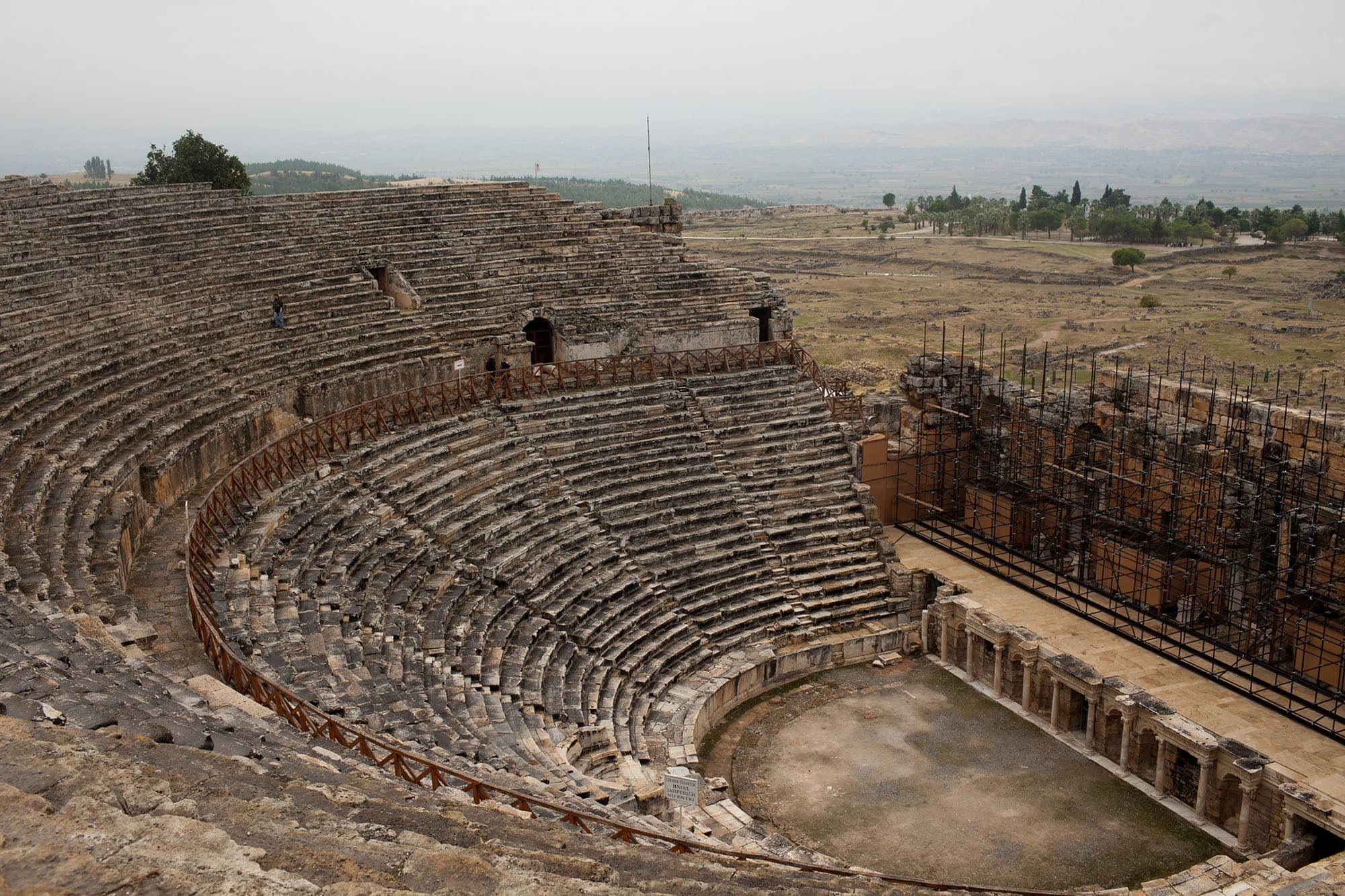 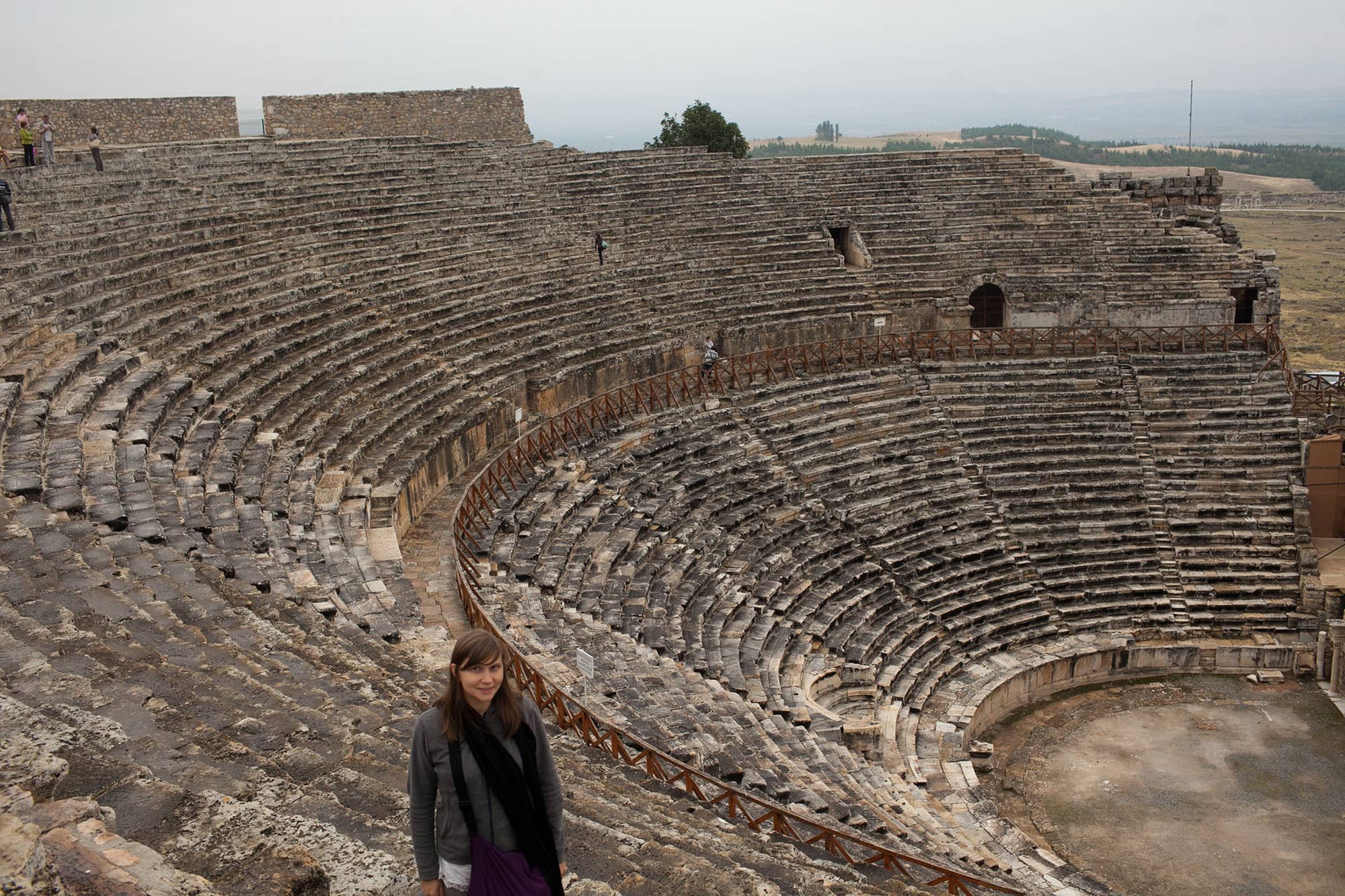 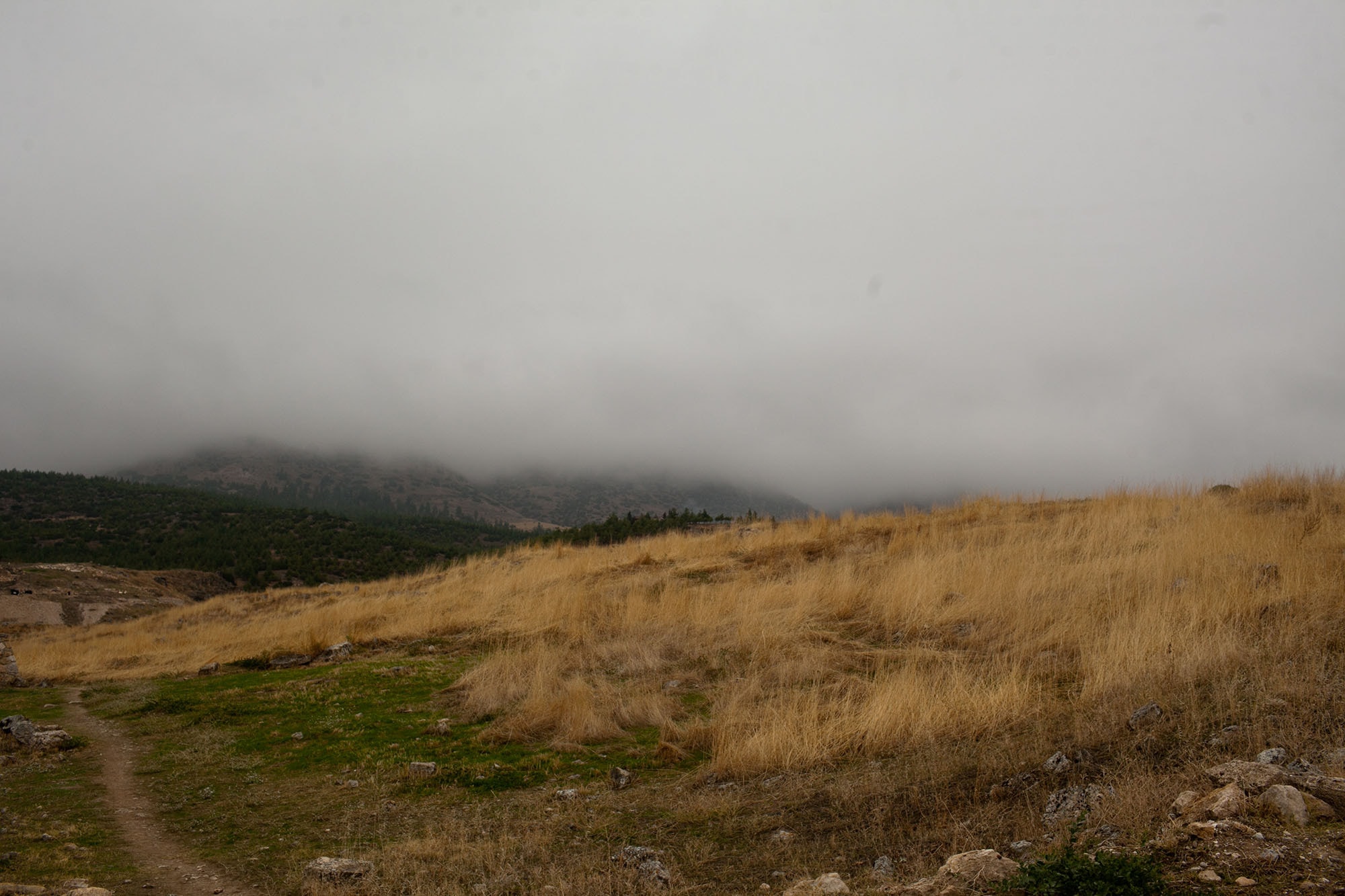 And then we explored the travertines and the “cotton castle” that Pamukkale is most known for. While it may look like a ski hill, it was pure rock running hot water. Unfortunately the rain and the cold made it hard to maneuver. We decided against trying to walk down it because it was a bit too slippery and the wind and umbrellas made it hard to keep balance. 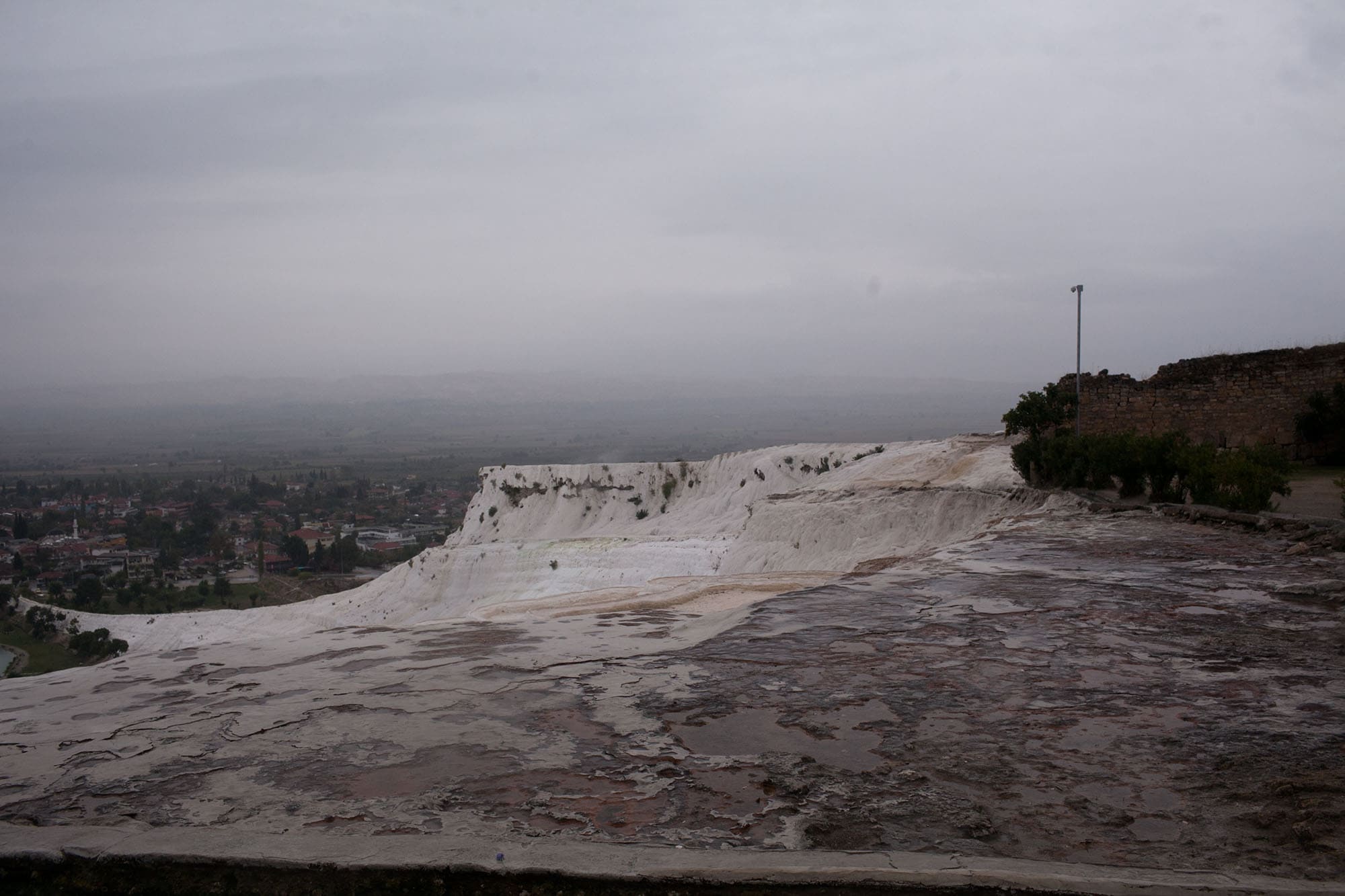 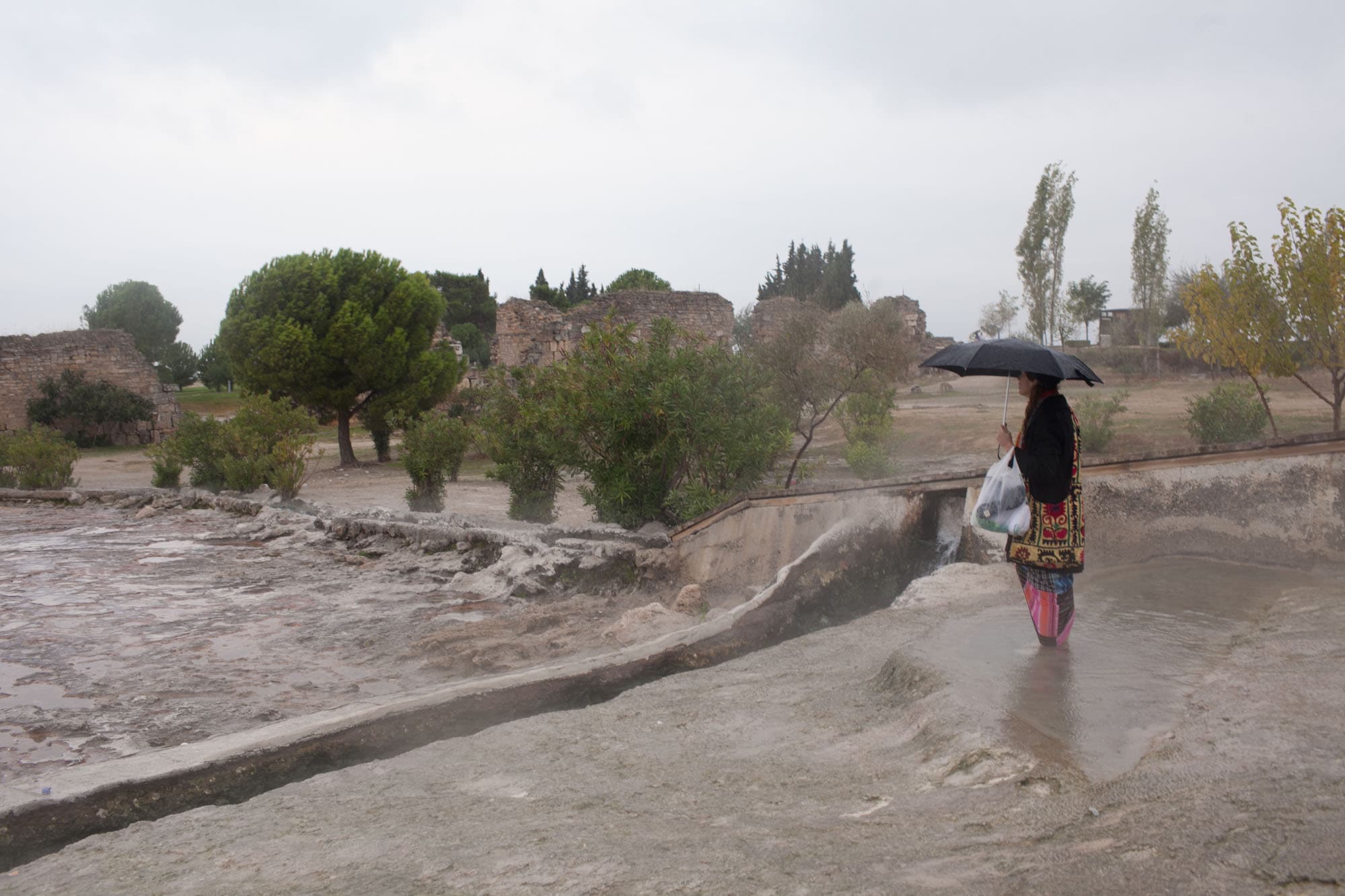 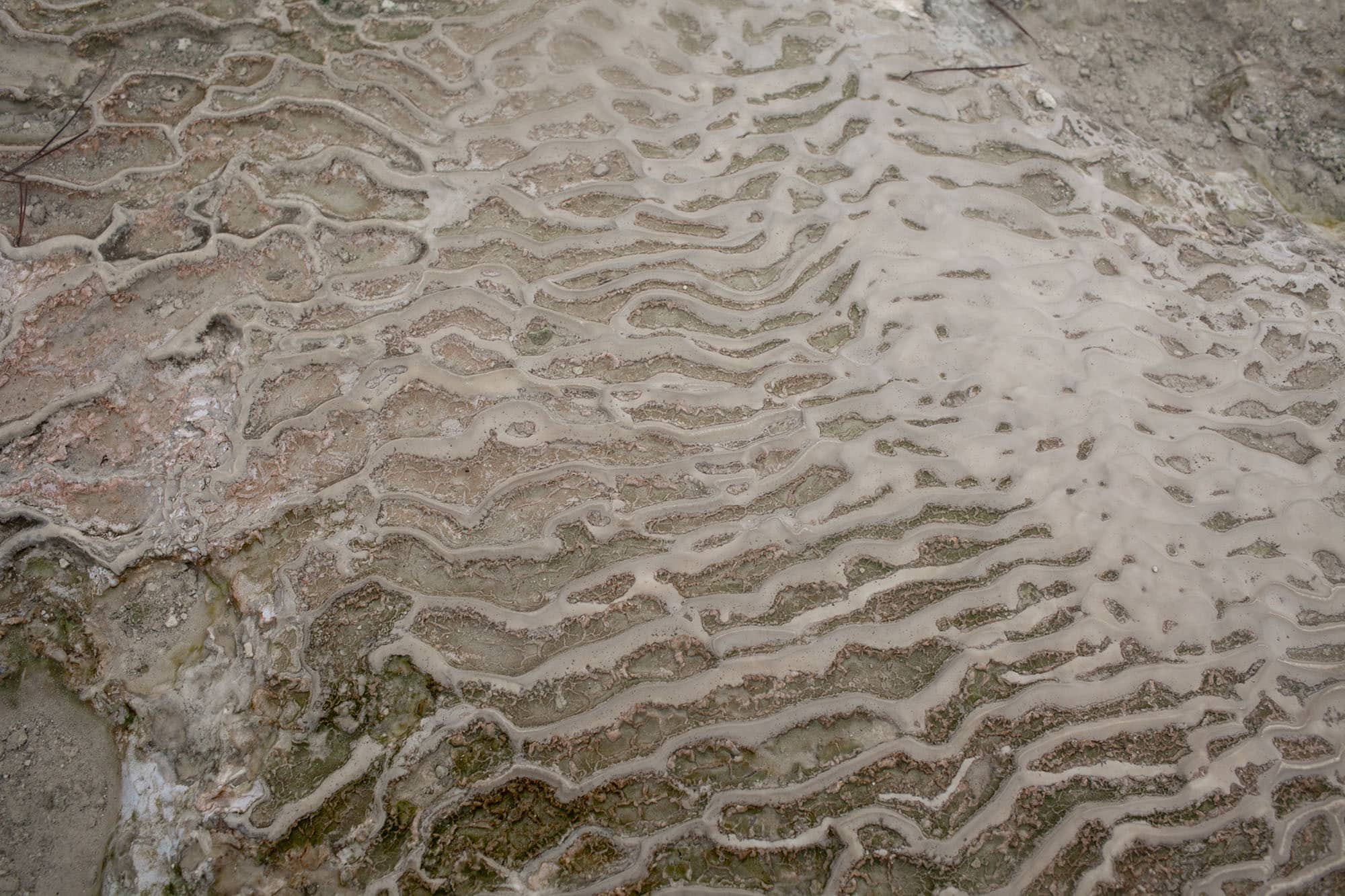 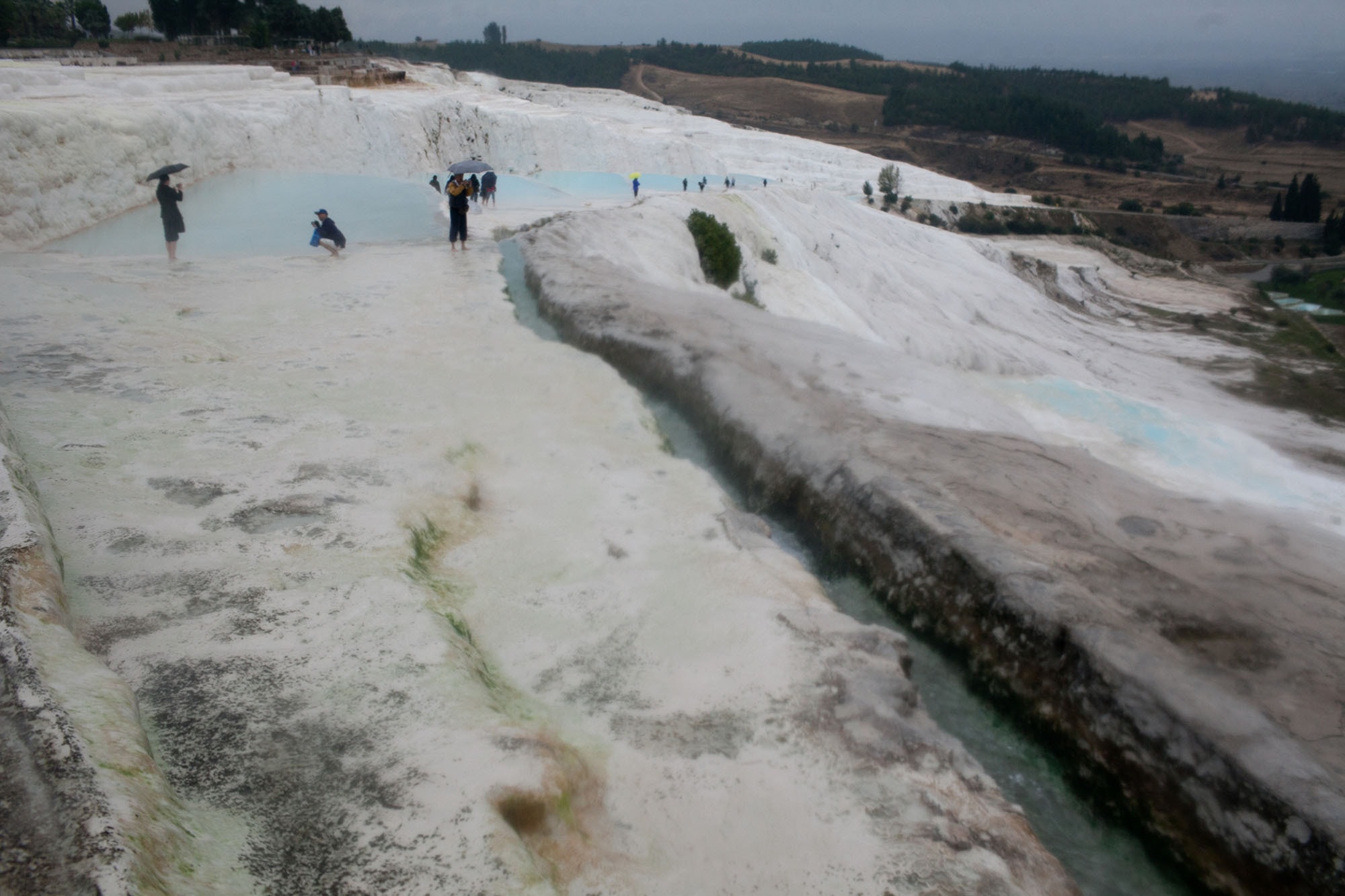 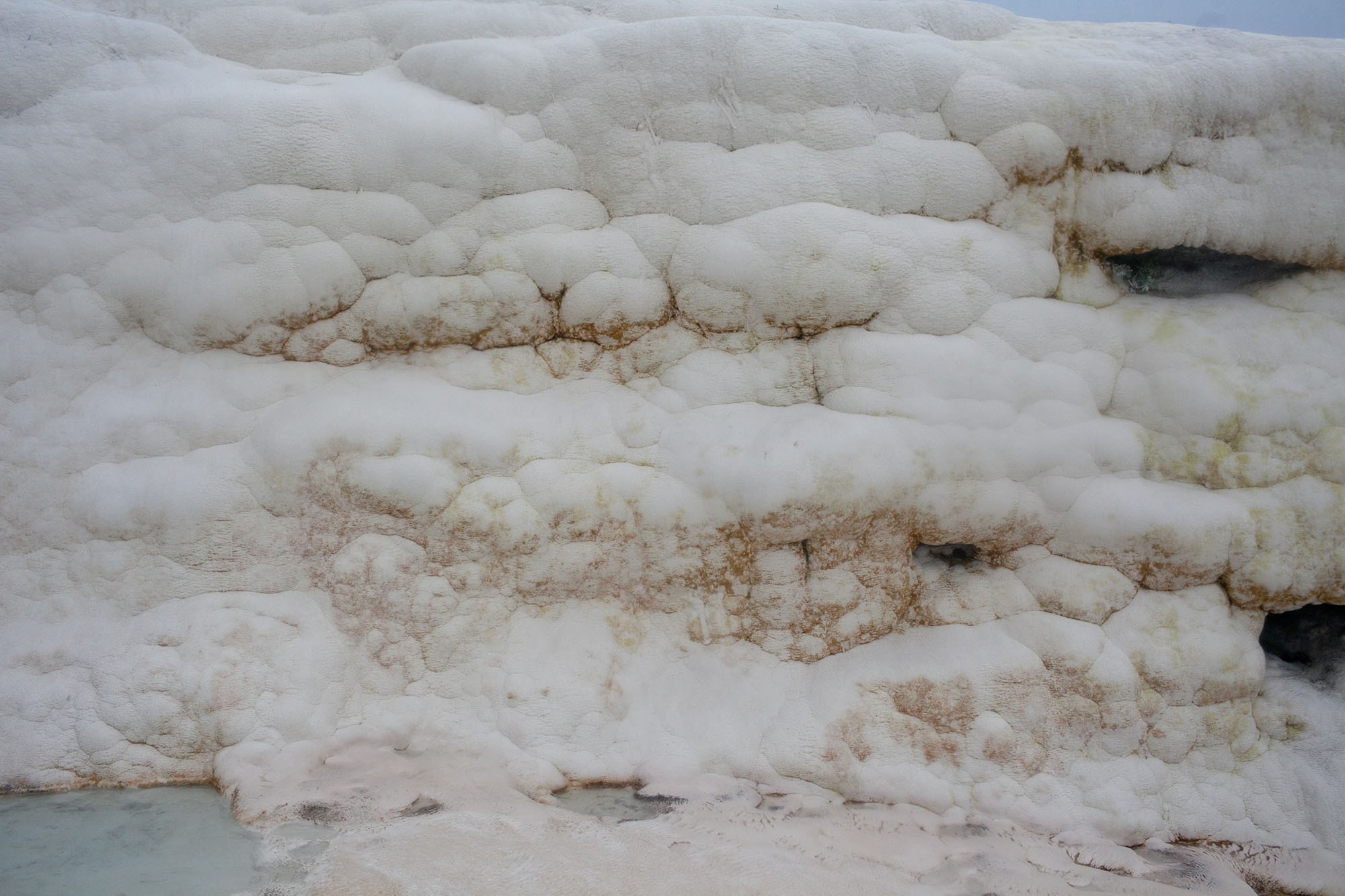 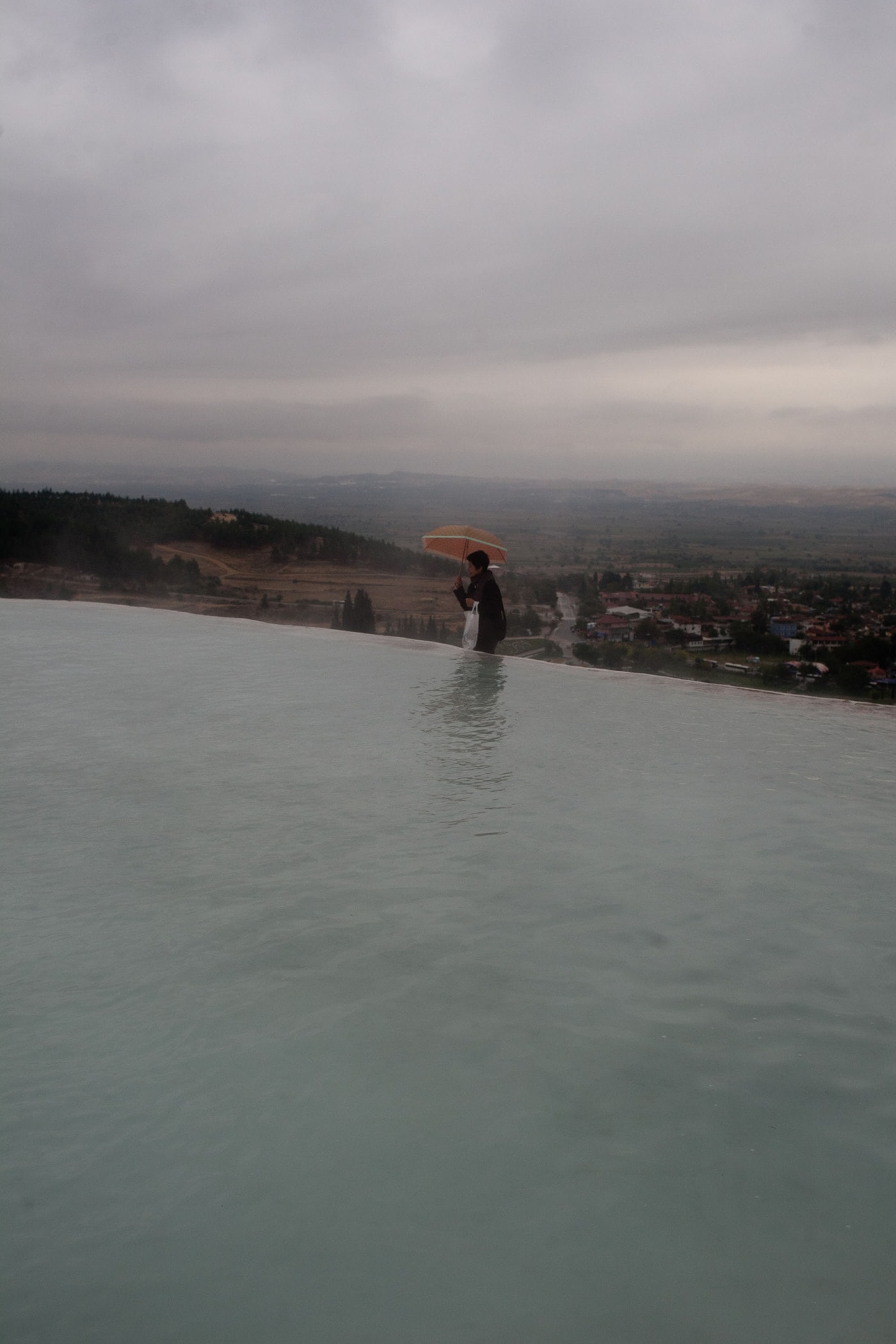 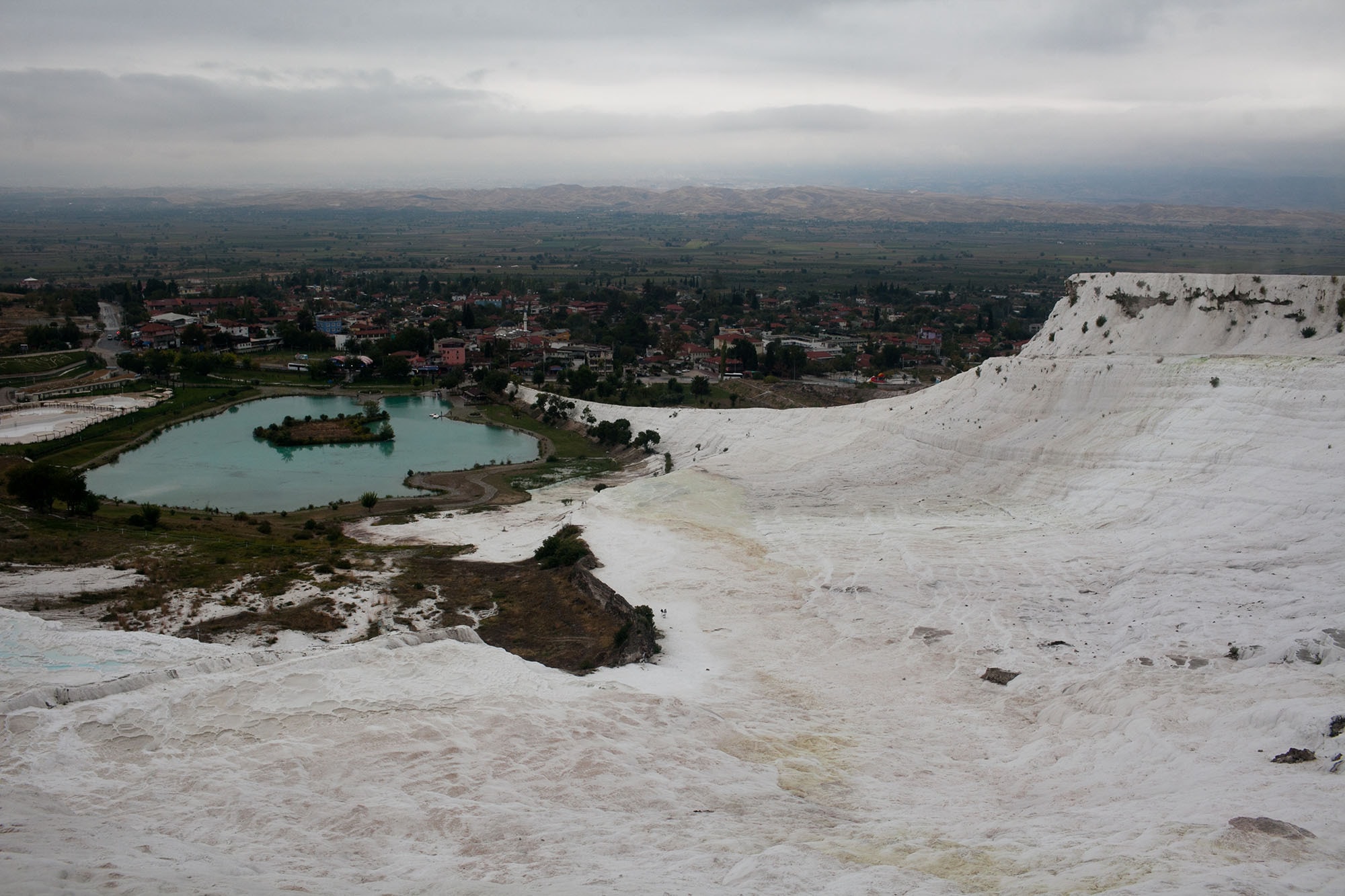 The next day I did nothing. Well, not nothing. I sat around watching Gossip Girl and the Ellen Show and Martha Stewart because I could get them in English on the television and I came up with a plan and booked some accommodation and plane tickets. So I would say it was a successful day.

There really was no reason to stay in Pamukkale for more than a day but, though I was feeling better, I just didn’t want to get back onto a bus so soon. So I didn’t mind taking advantage of my nice hotel room.

The next day I had a later afternoon bus so I spent the morning wandering. It was nicer out so I went back to the travertines and took some photos from the ground. 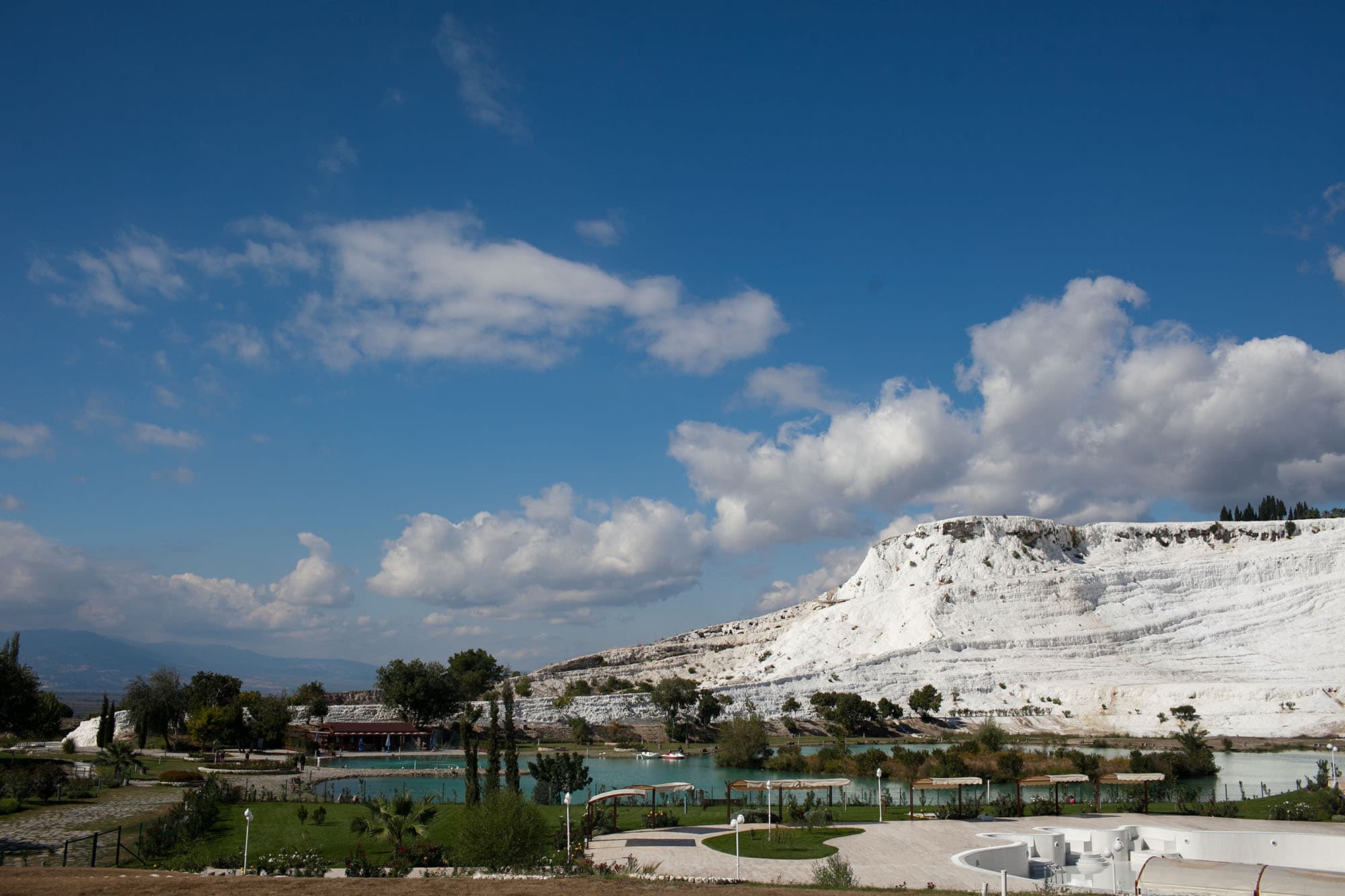 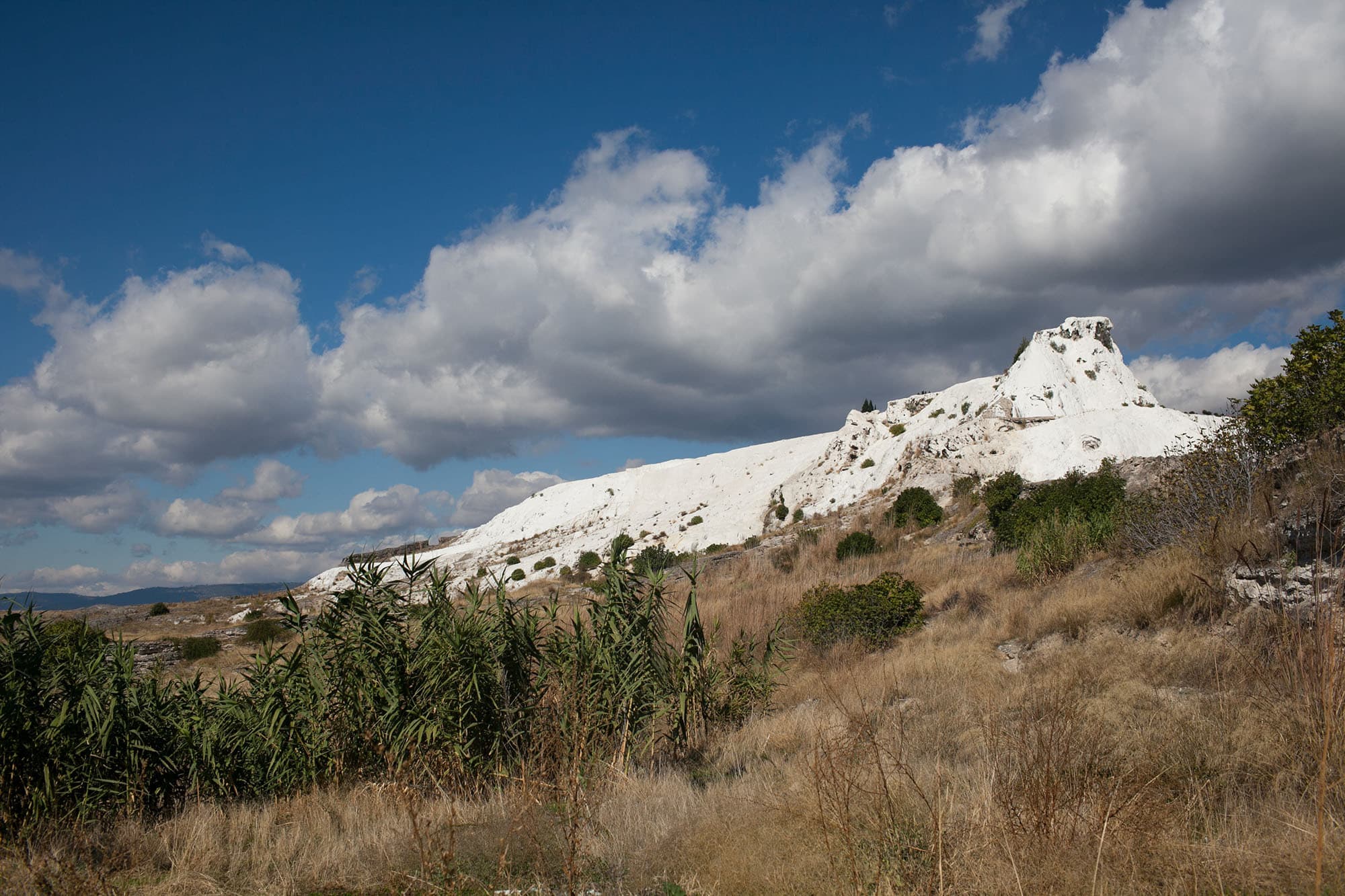 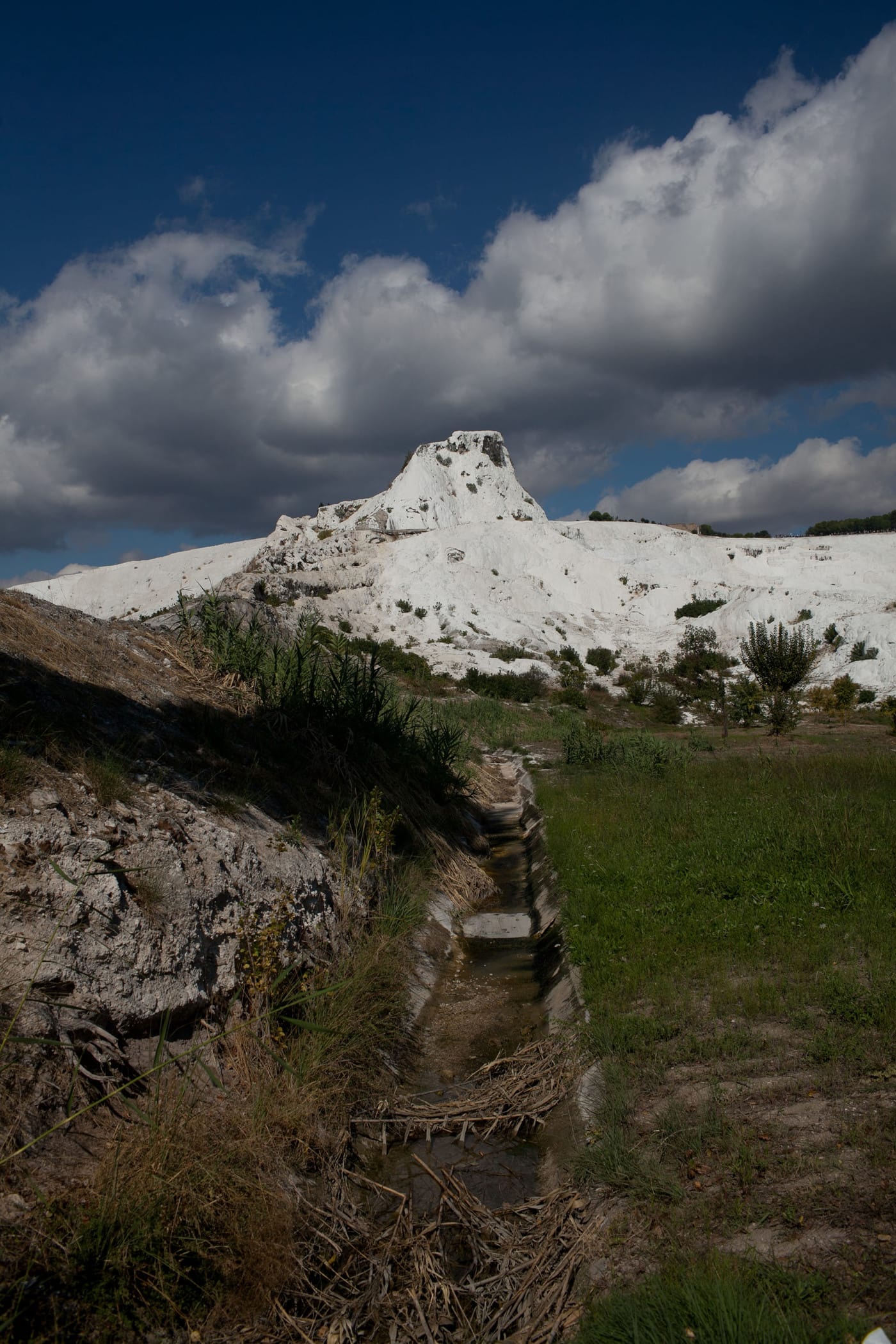 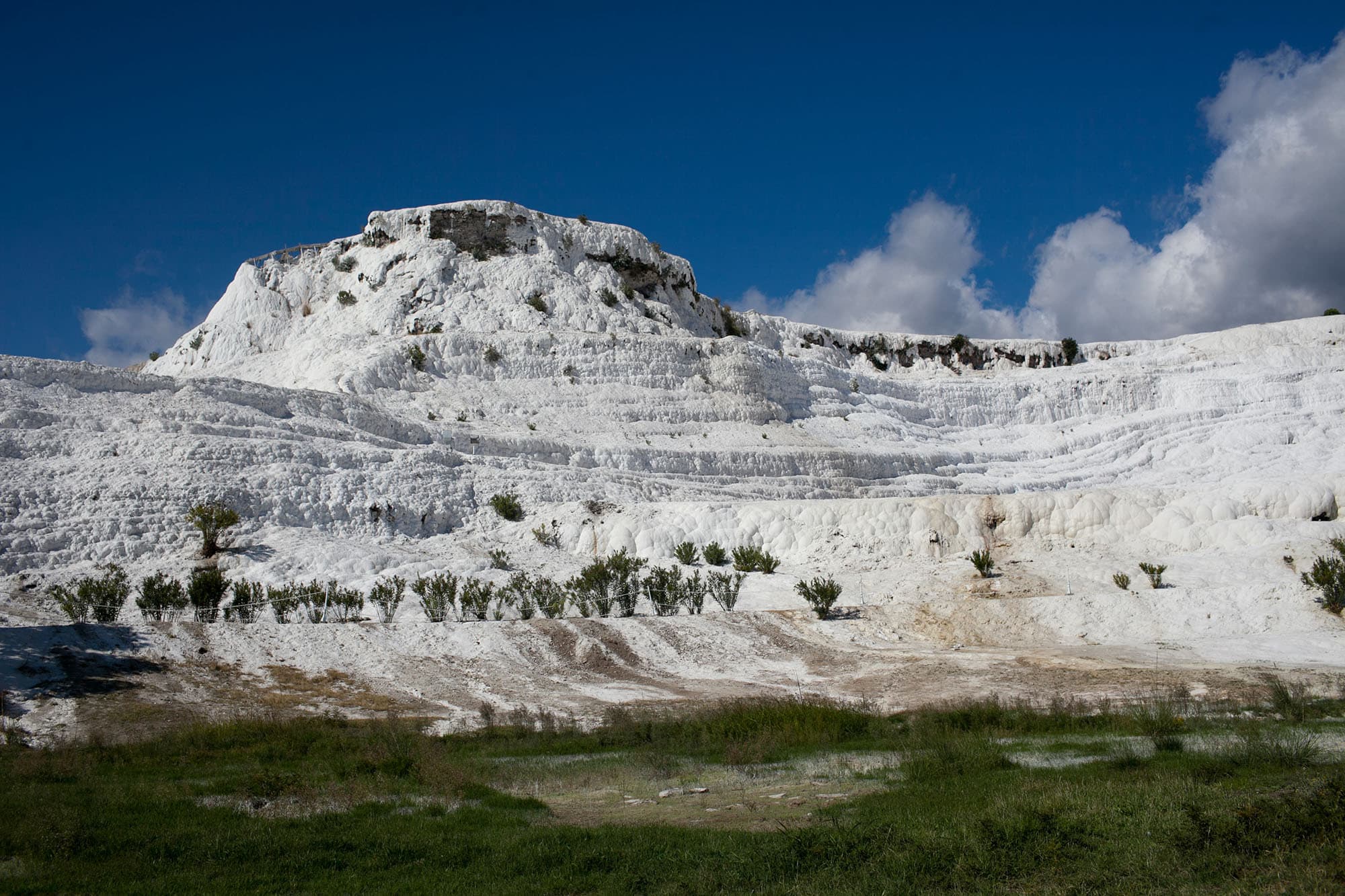 And then it was on to another bus and another town… 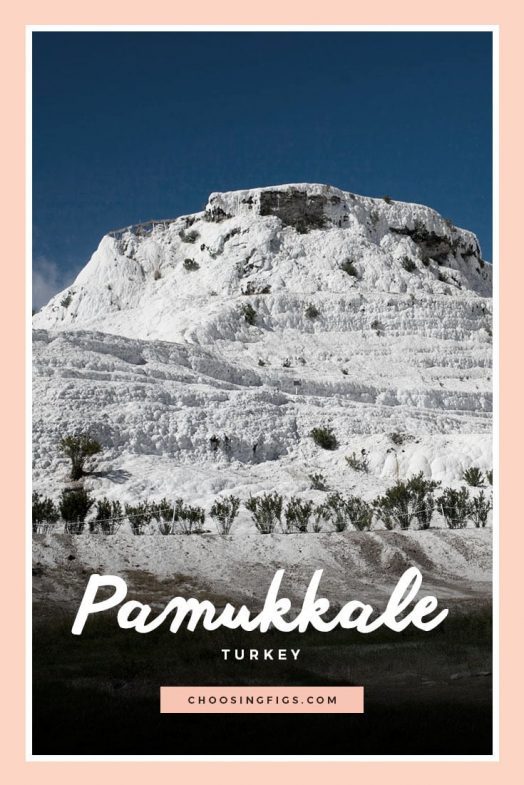 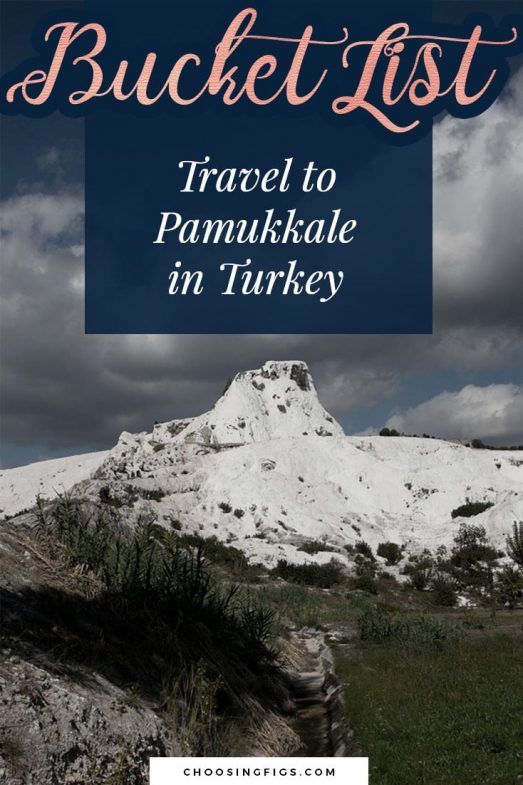 in Europe, Pamukkale, Round the World, travel, Turkey
by Val Bromann

A long story, mostly about puking.

Ephesus, the Temple of Artemis, and Selcuk, Turkey.

Next post
Ephesus, the Temple of Artemis, and Selcuk, Turkey.