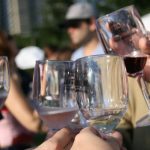 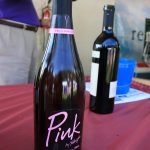 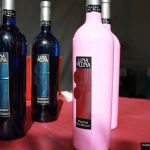 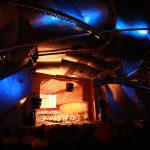 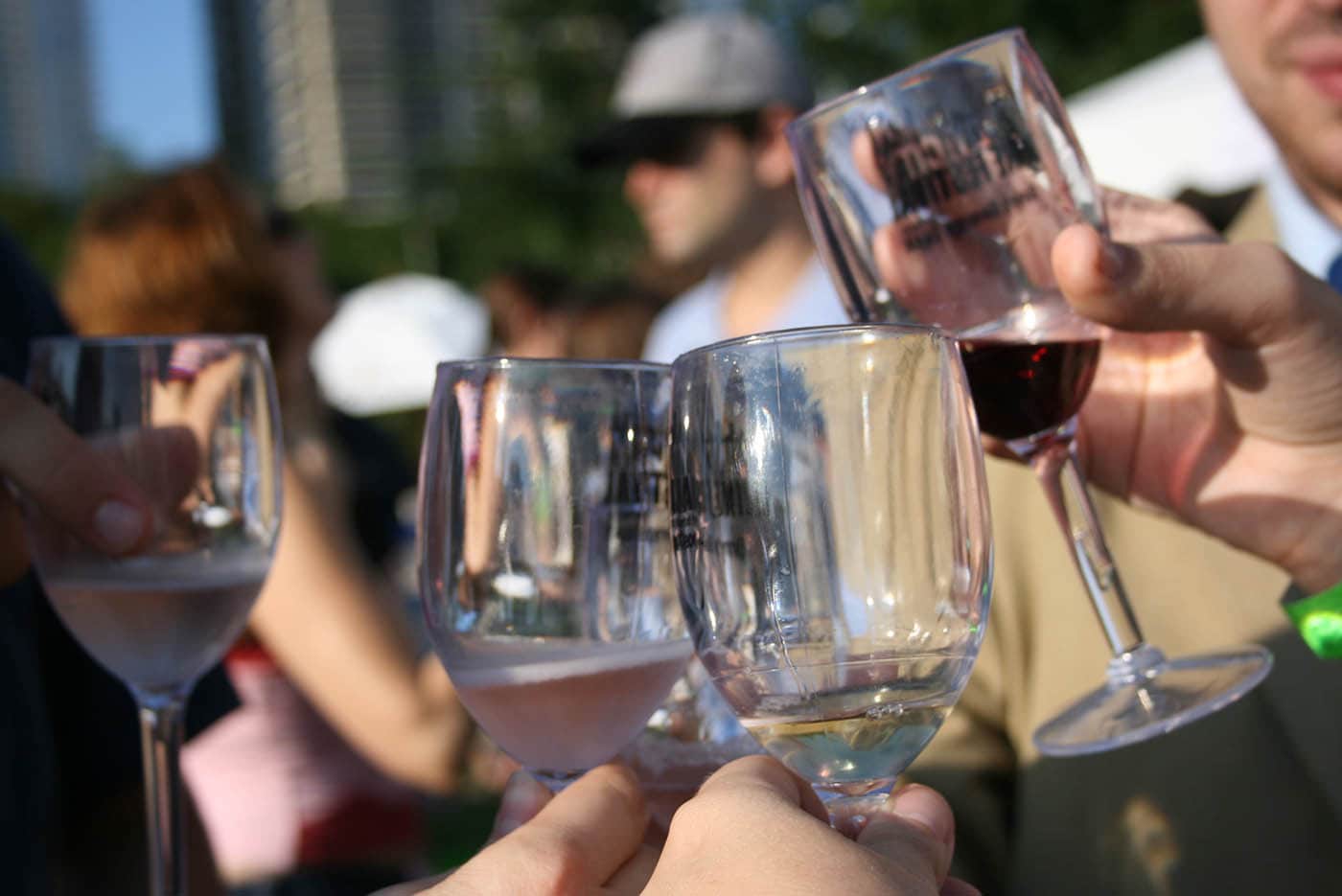 Home » Blog » Chicago events » One of those days.

One of those days.

A day around Chicago taking a trapeze class, tasting many wines at the Windy City Wine Festival, working at Stars of Lyric Opera at Millennium Park, and viewing the Parts and Labor “Fixed Gear” art show…

It wasn’t flying trapeze where you are high up above a net and catch onto other trapezes…it was low(er) to the ground and more like dancing/gymnastics on a trapeze. So I was flipping around and hanging upside down and all that good stuff. Except I kind of suck because I have no flexibility/no upper-body strength/fear of high things. It was still totally cool and I am considering taking more classes in the future.

After trapeze, I headed over to pick up JoeJoe and Alina to go get some wine. The Windy City Wine Festival was going on, and it was totally awesome. Basically $25 bought you ten tastings, but most of the places weren’t too good at collecting the tickets, and they gave out some free tastings at the demonstration area, so I had about double what I was allotted (could have had more if I was less honest/didn’t have to work later). We also got a free wine glass, free pasta sauce, a free wine tote, and free roses (guess which color I chose…)

So I had tons of wine. Perhaps my favorites were the PINK merlot, which came in a pretty PINK bottle. 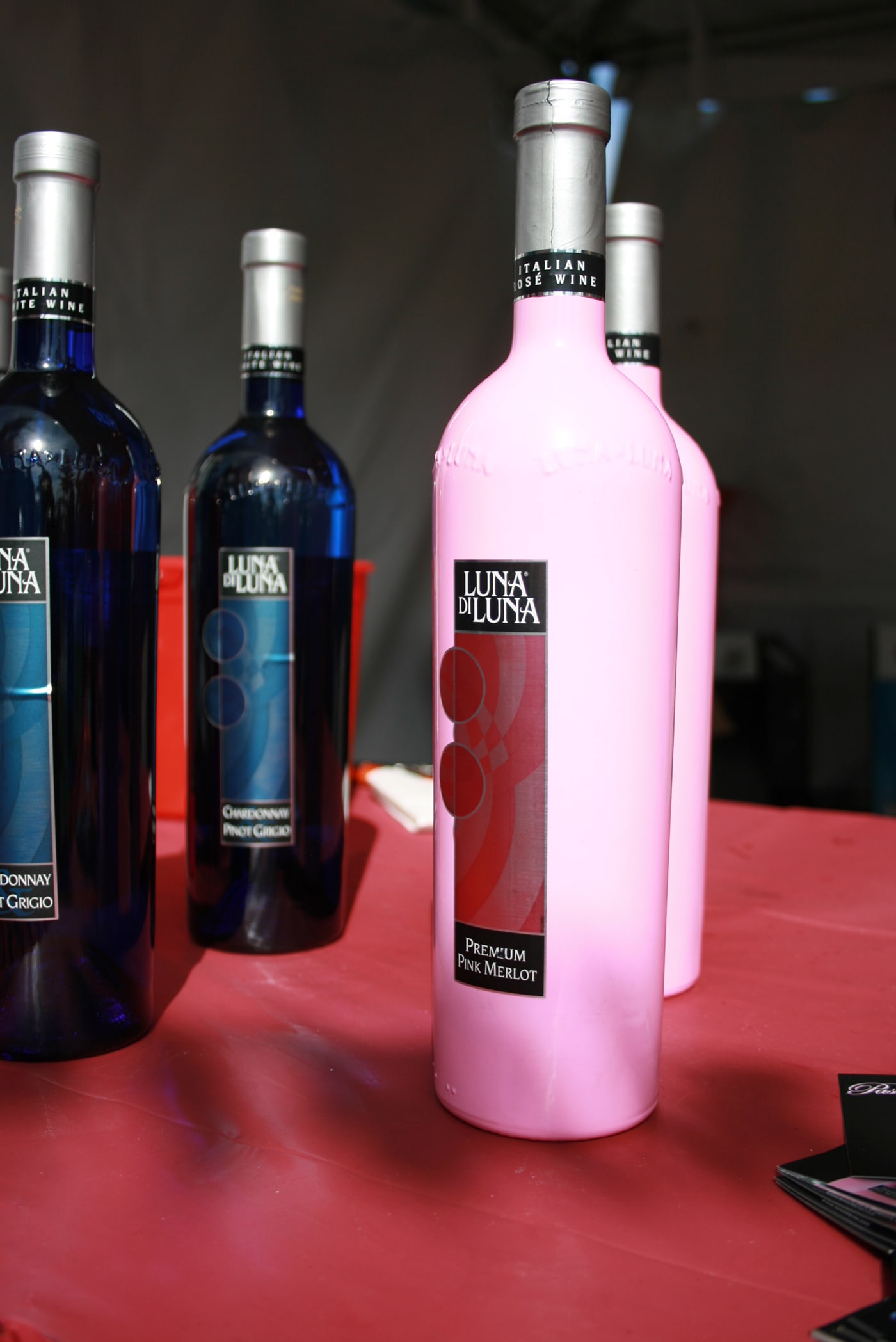 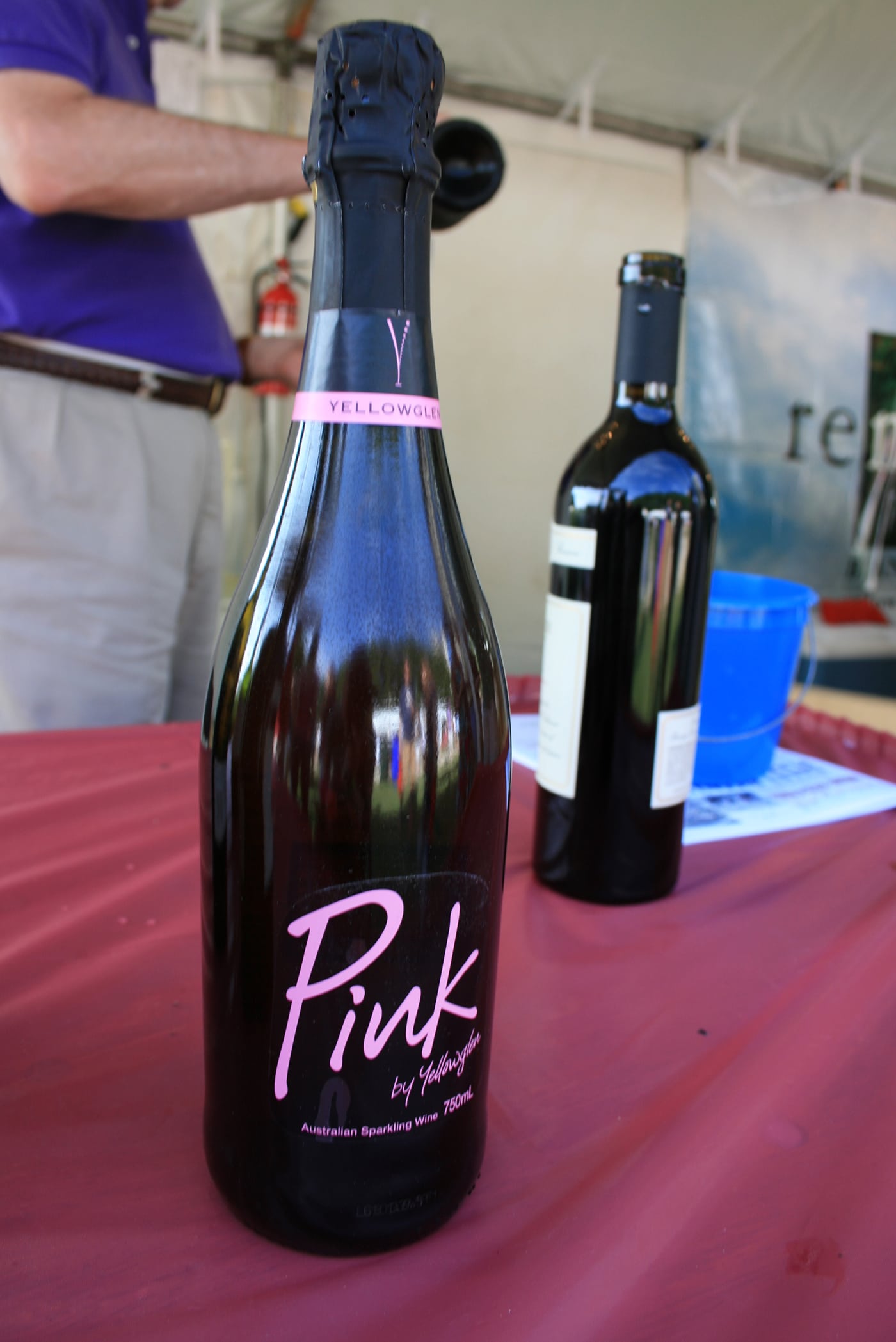 Later we ran into KennyK and Becca, who were also enjoying their wines and were somehow not drooling over the Ferrari like I thought they (OK he) would be.

Alas, after however many glasses of wine I had in three hours I had to leave the festival and cross the winding silver bridge and walk the to-minute walk to work…

Stars of Lyric Opera at Millennium Park is a huge free concert event in the Jay Pritzker Pavilion. It’s a really awesome looking crazy outdoor pavilion with great acoustics. When I got there at 5:30 (2-hours early) there was already a huge line waiting to try to score seats and a pretty good showing on the lawn. And that was two hours early. I ended up helping to man the drop box table, where people could enter a sweepstakes to win free tickets to opening night. 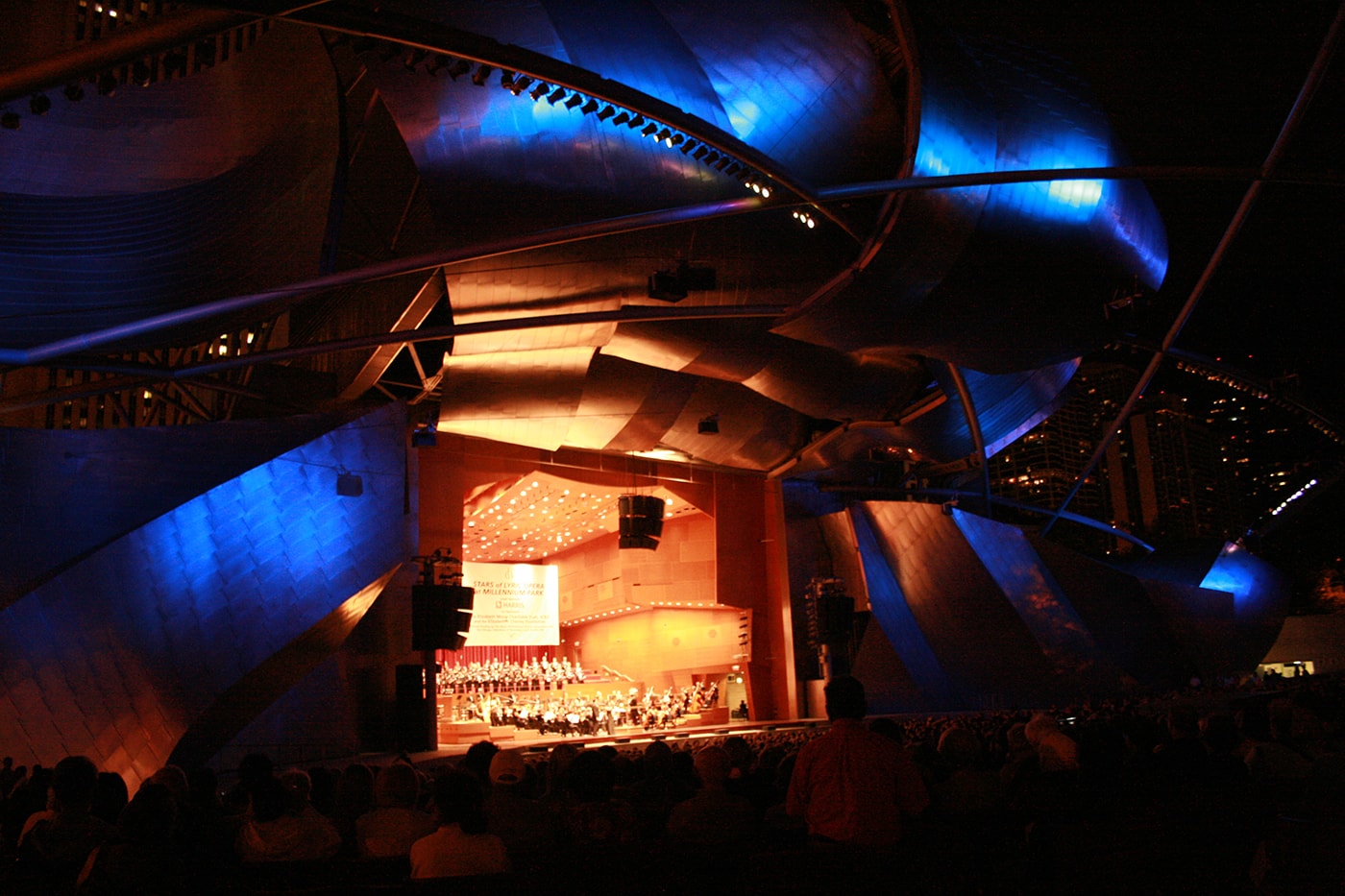 The concert was beautiful and actually flew by considering it was just pieces, and not an opera with a story. And the place was damn-packed.

After the show…after waiting in line forever just to get INTO the parking lot…after searching around for where the hell section G was…after finding that I had left my window wide open the entire time I was parked…after waiting in my car until someone in line was kind enough to let me back out in front of them…I was off to Charlie’s art show.

The show was in the same place that it was last time…which is actually someone’s apartment. There was some new work though, and more importantly cheese and vegetables (because at this point, after going all day, working out, wining…I had still only eaten a small slice of pizza).

I hung out with Charlie and Aaron and MikeJ’s girlfriend and Charlie’s mom (who was totally hilariously basically telling Charlie that she hates all his art work). And then we headed off to the afterparty for a bit, but then I headed home because I needed to find actual food and rest.