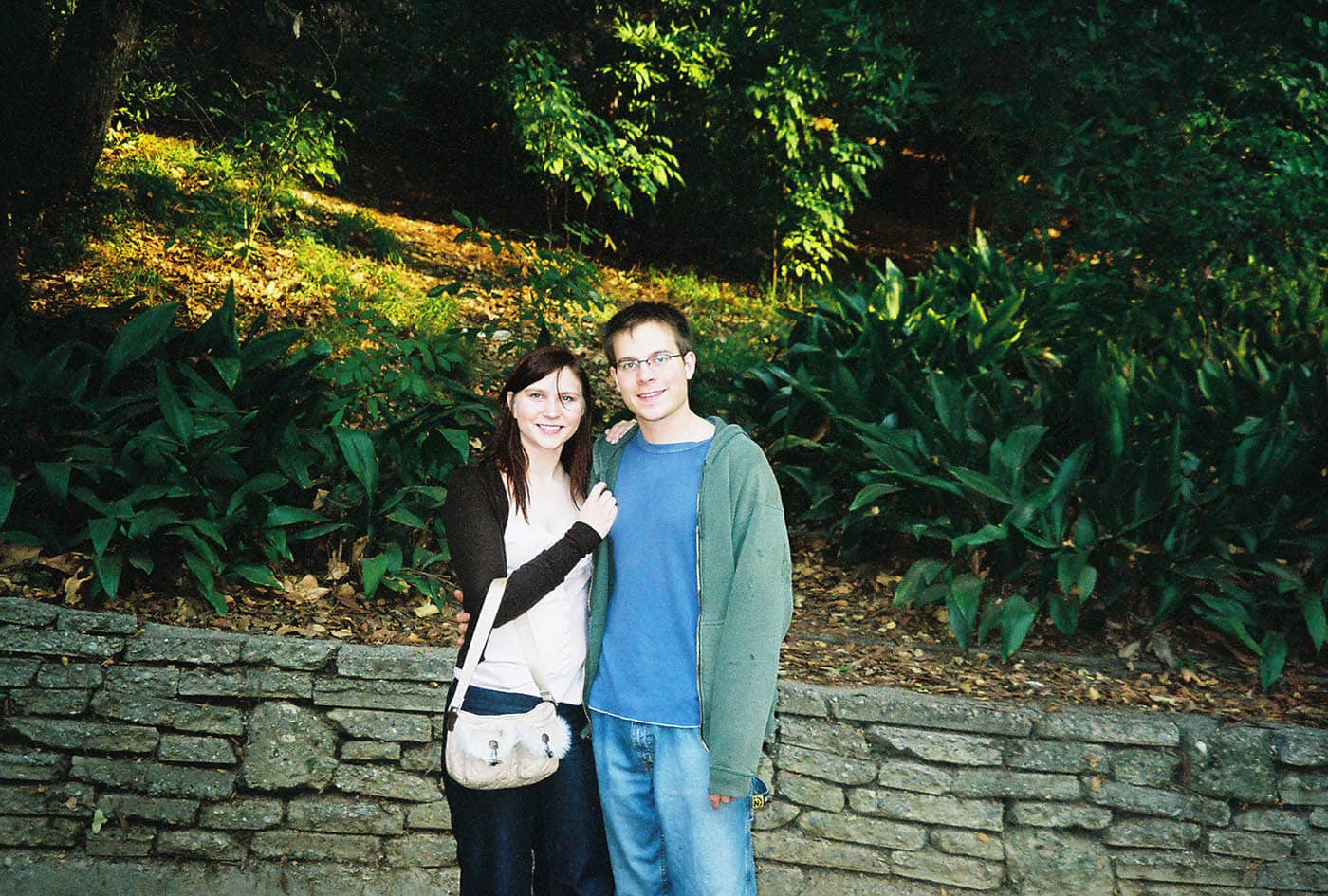 Once Upon a Time: Los Angeles

Remembering my 2005 trip to Los Angles.

I’m in the process of scanning and uploading all of my old my pre-blog, pre-digital photos. Every Sunday I will revisit an old un-blogged gallery.

eep!! Tonight I am leaving for sunny california (its only supposed to be in the 60s, but that is way better that 0 degree chicago)!!!!! I’m going to go visit mat!!! my first time in california since I was like 4. hehe. i can’t wait! 6 days of no work!! I’ll be back on tuesday!

I am back from California!!!! So sad though 🙁 I came back to work today and my boss said “you really needed that vacation judging from all the work I had to do while you were gone” and that “a lot of the people when I told them you were gone said they’d just come back when you were here.” great. Los Angeles was a lot of fun, but not a place that is really good to just go on vacation, as there isn’t tons of stuff worth doing and everything is spread out all over the place. But I didn’t go to see sights, I went to see Mat (OK, and maybe the ocean too). It was in the 60s all week, sweater weather, but definately better than bitter cold snowy Chicagoland. I went to see the ocean, it was cold though and not too sunny when I went because I was impatient and wanted to see it. We went to the Getty Museum, drove down Hollywood Bldv. to see the crumbly cracking streets with all those stars on them, and drove past the Hollywood sign. I ate at Pinks which is this famous hot dog stand. I saw Rent and Chronicles of Narnia. I sat around and watched hours of TV while Mat was at class or work. I played Mario Party. Yay LA!!! I didn’t want to come home!!!! but alas, I had to. Here is a picture of the ocean: 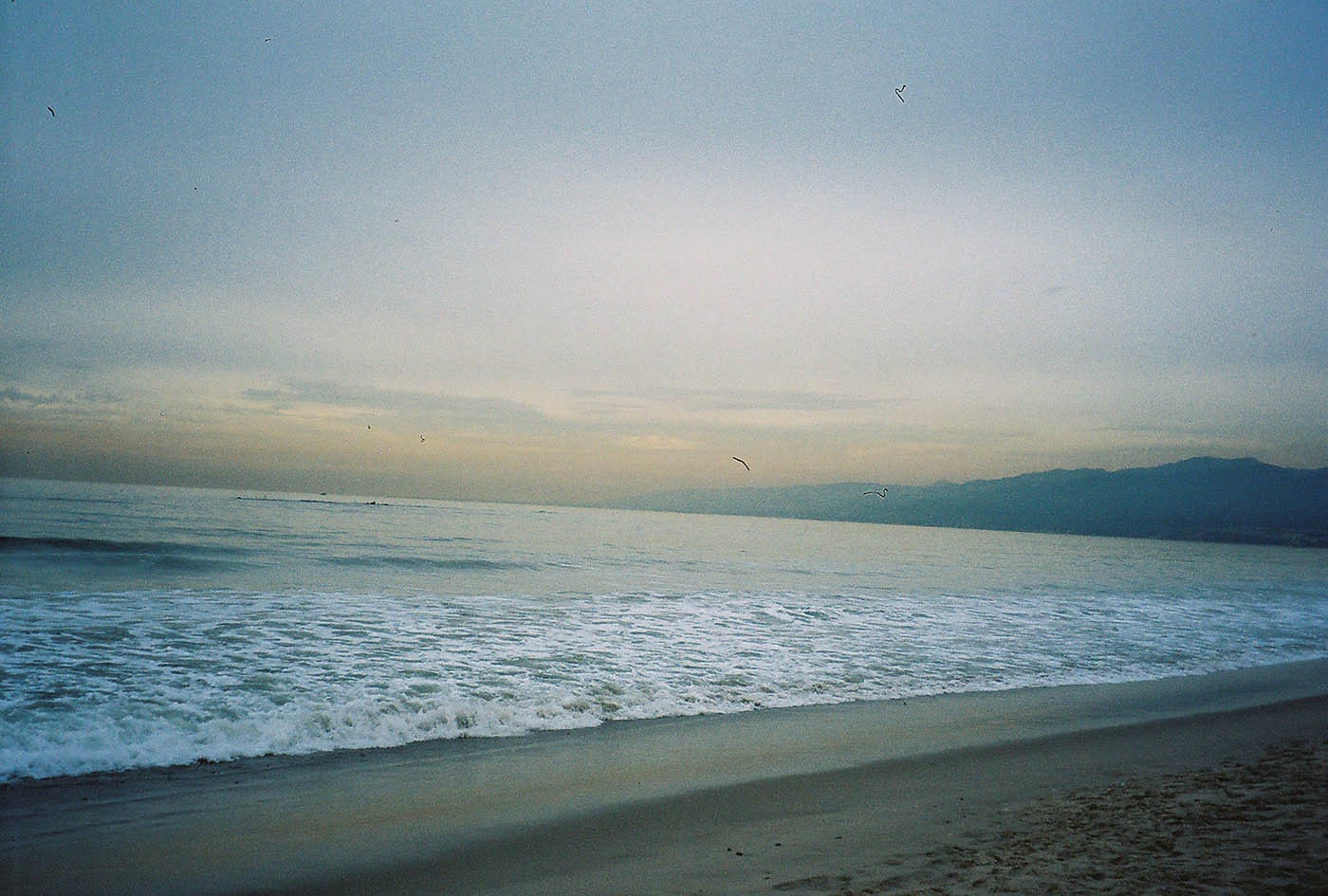 Here are me and Mat at this big huge park I can’t remember the name of right now:

So, at my office Christmas party they hired a fortune teller. She didn’t ask anything about you, you just picked a card from her tarot deck and she told you what it meant. I picked a card and she says “I see that you have a strong desire to go out west. Are you thinking of moving out there?”

ft: “I see a strong connection to the west for you, like in Los Angeles.”

ft: “Well, I’m a week late. But I see you have a really strong connection to there. Either you’ll be going back there soon or someone from there will be coming here to see you.”

hehe, maybe Mat will be moving to Chicago!!! The fortune teller has spoken!

He moved back shortly after, but he had stopped talking to me after I visited him and I didn’t find out until months later. So the psychic was kind of right. What I didn’t write about back then was that the trip was pretty bad. He had to work much of the time leaving me alone in his apartment. And one night he went to an acting class and instead of coming back afterwards he went out with his class leaving me alone until 3 in the morning. And we got pizza once. And taco bell. And onion rings. And we watched the third Lord of the Rings but I left halfway through but then came back and made him rewind what I’d missed. And he smoked. And one night we stayed up really late just talking about lots of things. And he took photos of me so I could redesign my blog. Which were the photos in the last blog design I had. And I think that’s all I remember.

Ketchup does make everything better.

She’s my shelter from the storm, she’s the place to rest my head.

Next post
She’s my shelter from the storm, she’s the place to rest my head.