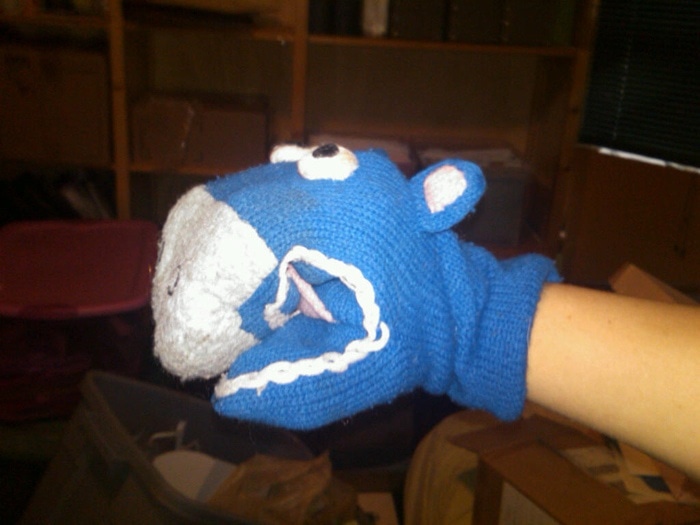 Sorting through my life.

Fact: anyone who watches an episode or two of Hoarders or Hoarding will immediately start cleaning.

I don’t know if there’s been any formal research done on the matter, but everyone who brings up the show asserts that same thing. We’re all afraid of becoming one of those people.

When I left my parents’ house I left my bedroom in one big old mess. Since Heather and I basically got an apartment on a Wednesday and moved in on the Saturday I pretty much left behind piles of stuff just about everywhere and overturned boxes and un-folded laundry. And over time the room just got worse and worse and things got moved around to make room for more things to store, for oxygen tanks, for boxes of medicines, for toilet paper, for anything else that didn’t have a place.

That room looked like a Hoarders worst case scenario.

I finally decided that I was going to sacrifice a Saturday to get started on the cleanup.

Saturday morning I woke up entirely too early and headed to my mom’s place. I stopped to pick up some packing tape and grab a suburban mocha (Starbucks is about 10 cents cheaper in the suburbs) and was deeply saddened when I saw the Brookfield restaurant cow had gotten a makeover of its own: they painted a big “Coors Light” logo on his side! For. Shame. 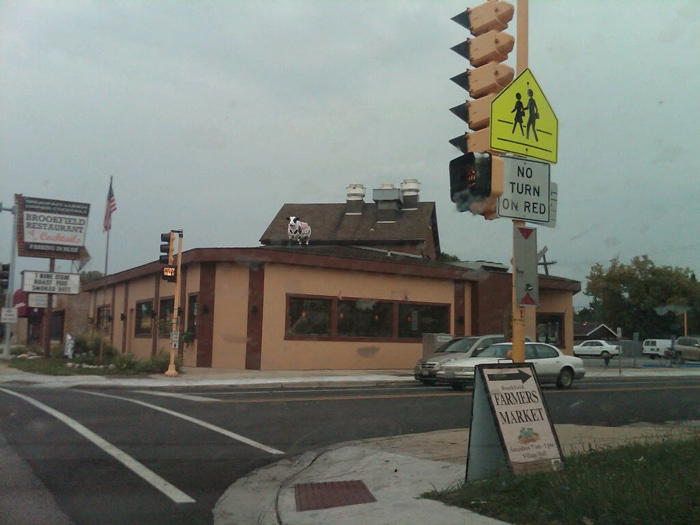 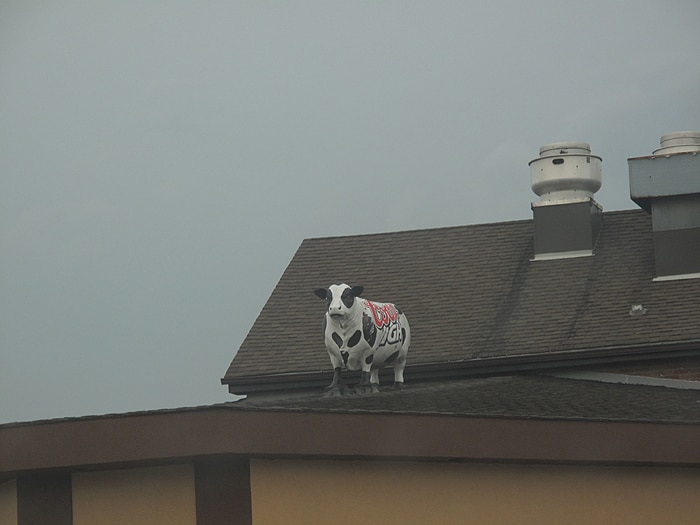 And then the extreme room makeover began.

I started by going through bags of clothes. I think I shocked myself on how much I got rid of. I found it surprisingly easy to say to myself “Val, you’ve lived without this for a year and haven’t missed it” or “Val, you’re never going to fit into that again” or “Val, you’re almost 30 you shouldn’t be wearing that.”

That’s not to say I got rid of everything. There were some clothes I knew I’d still wear and I still can’t part with high school play shirts or college Illini shirts. But I probably got rid of about nine-tenths of the clothing that was in there. 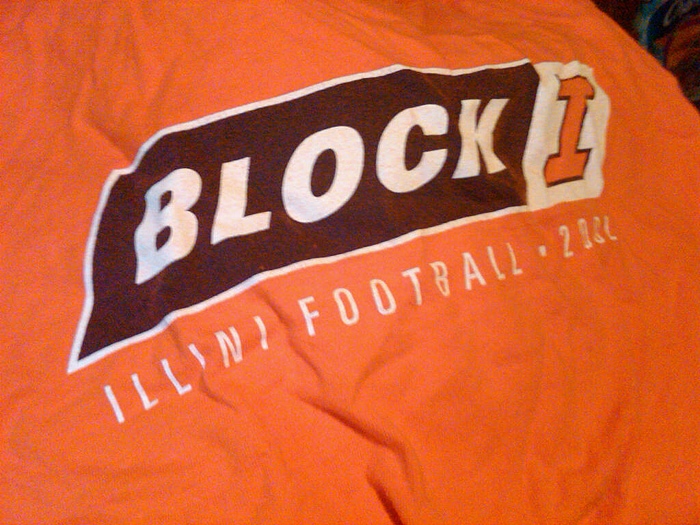 (Yes, I took photos while I was cleaning. Yes, they are all crappy quality because I took them on my cell phone.)

After clothes I moved on to papers that I started to organize neatly into file boxes.

Confession: I bought some file boxes and spent a little too much on cute decorative file folders. But I know myself and myself is more likely to keep things clean when things are cute. True. Story.

And then when I got sick of papers (well, when I discovered a whole nother box of papers) I moved on to the random, general stuff. 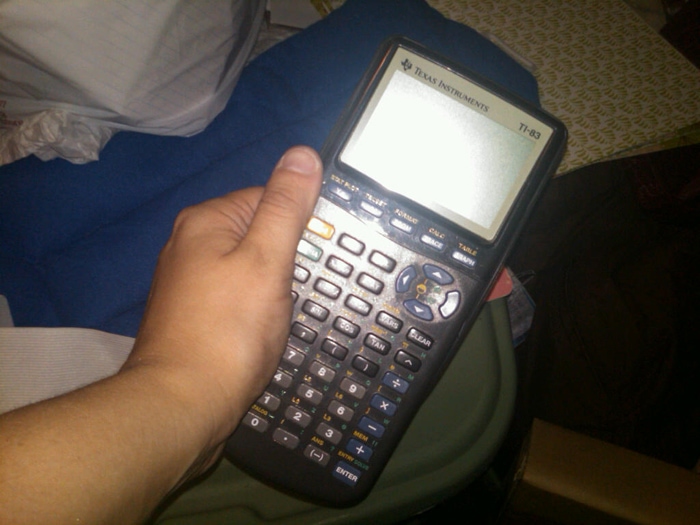 I really got rid of a lot. Things I knew I’d never use. Or didn’t even remember I had. I got rid of a whole box of Christmas ornaments. Every year I get a handful as gifts. But, really, I can never see myself putting up an actual Christmas tree. I have my little tin one which is perfect, but can’t really hold real ornaments. And I felt like kind of a bitch for getting rid of them, you know? But, really, I’m never going to use them.

And then there were a few times I came across something like a list my dad wrote that was in his handwriting. And I had to resist any urge to keep it. Because it was just a random list. 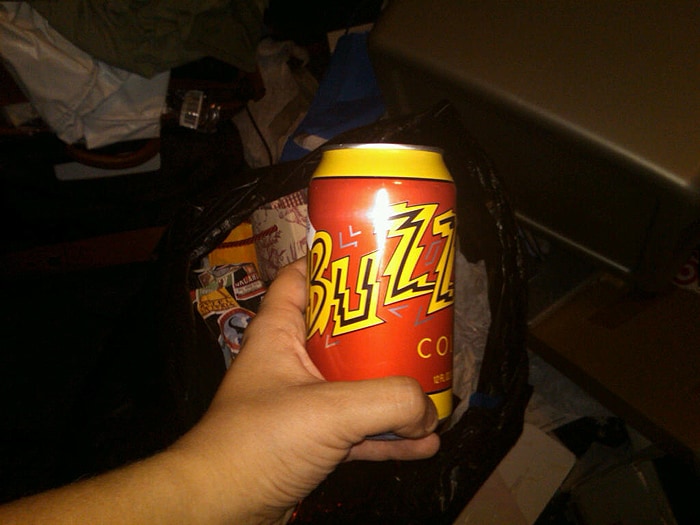 It’s funny how much stuff you can accumulate. While I don’t consider myself a “hoarder” I definitely have used the term “pack rat.” And it’s surprising that it really is only stuff I’ve collected over the last ten years. I can’t imagine what I would have if almost everything I owned didn’t burn down in a house fire my senior year of high school. Or how much of that I wouldn’t have been able to get rid of (I do still wish I had my old dance trophies and the ribbons I got in my one year as an eighth grade track star). 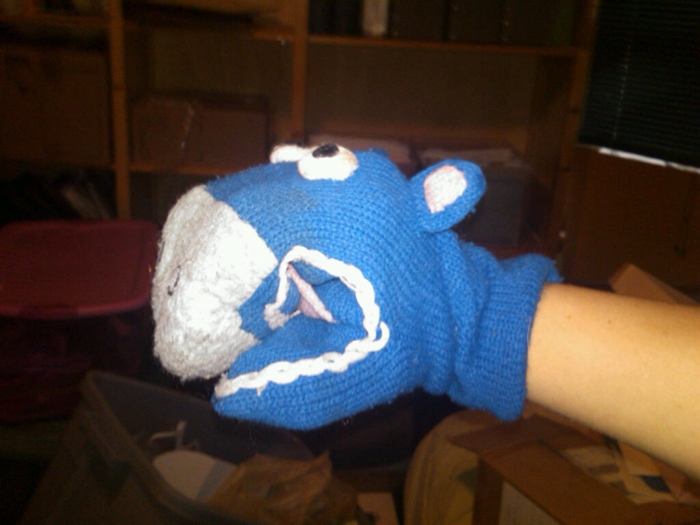 What I’m keeping I packed into boxes either organized by function (office supplies, picture frames, books) or room (kitchen, bathroom). And while I am preparing to leave everything behind for a while next year I am also weary to get rid of too much as I don’t want to come back to having to replace things I once had.

But there were things I could obviously get rid of. I mean, who really needs floppy disks? 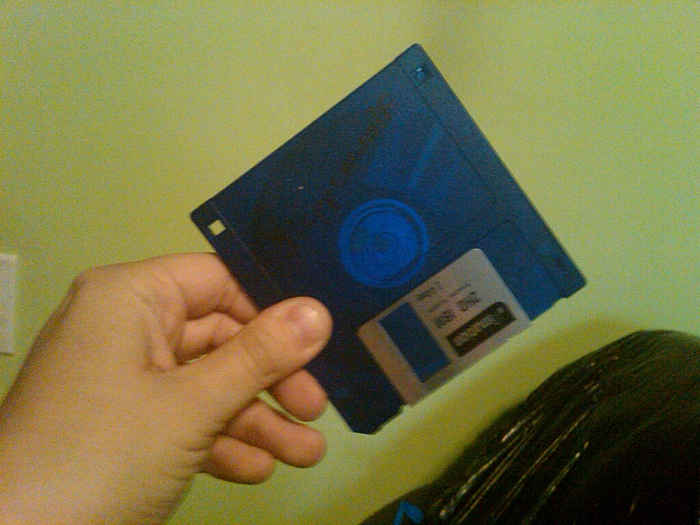 Luckily I chose the day that I did to start my massive cleaning revolution, because, as it turns out, the block is having a garage sale next weekend so my mom can sell whatever is decent there.

After about eight hours of work I decided to call it a day. There’s probably still about a days worth of work to do, but it feels good to have purged so much stuff and to start getting that room semi-functional again.

Since the big 3-0 is not only four months away I thought I’d take this opportunity to update you on my 30 before 30 list!

1. pay off my credit card
2. get a pedicure/manicure
3. get a massage

4. import and caption all of the photos on my website
Not quite finished, but I got a LOT done. I finally found the power chord to my old laptop while cleaning this weekend so I’m finally able to get the photos from 2006!

5. Caption all of the photos on Silly America

7. organize the stuff in our storage room
Spent my day on Sunday doing this…almost there but I need to get something to organize all my photo equipment.

8. organize all the stuff I have at my parent’s house
About halfway done. I think I need to spend one more day there.

I did! I went camping twice! Once at Turkey Run, once at RedBone Willy’s!

So…after four years working here…I finally got direct deposit! I felt so embarrassed that I’d waited so long that I filled out the paperwork and then put it in an interoffice envelope to payroll right before I left for my ten day vacation…

I got myself a $15 hair cut at Hair Cuttery before leaving on vacation. But I kind of want to still go for a good-er haircut soon.

It's been about two months since I "finished" KonMari-ing my apartment. I put finished in quotes here because I'm technically...