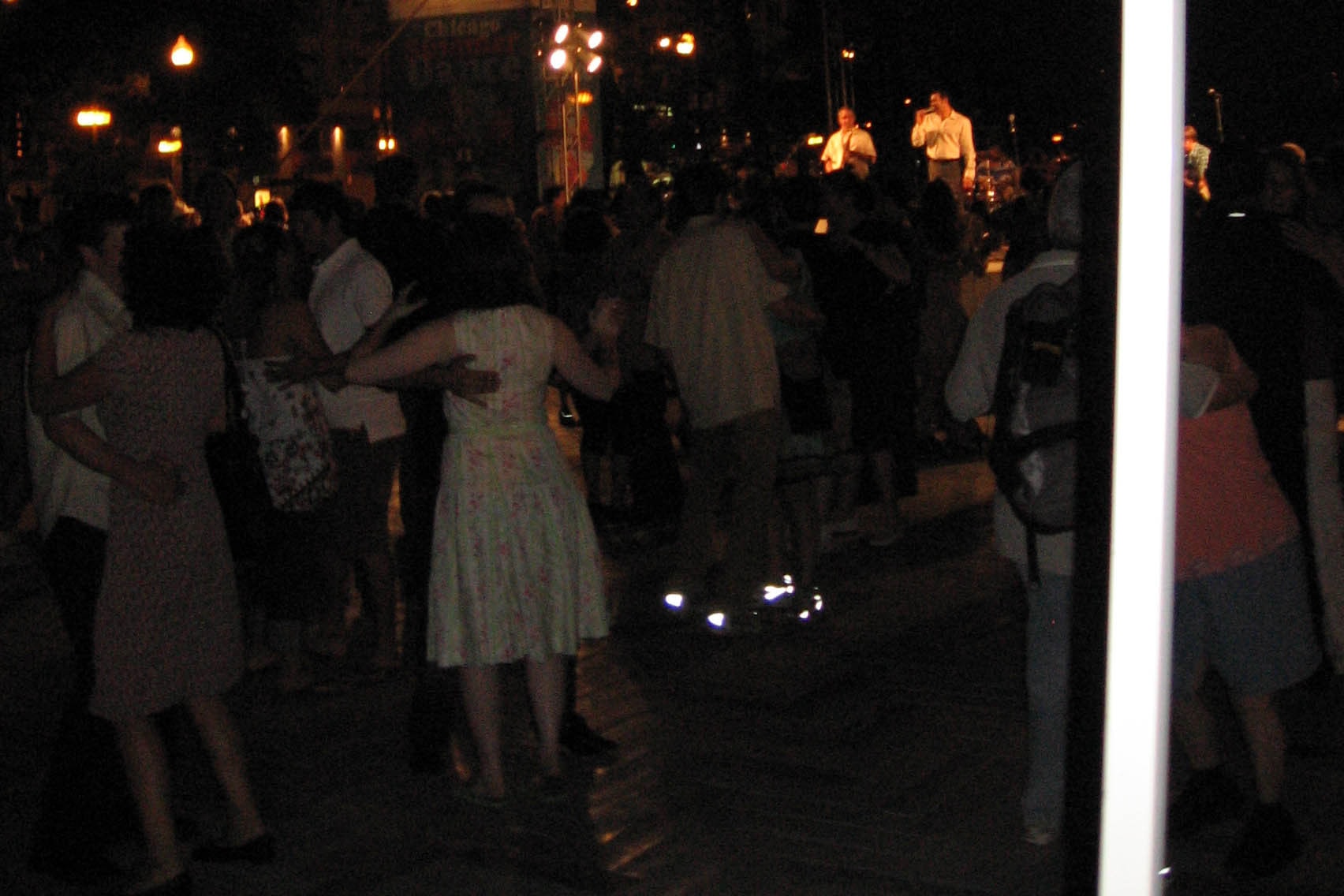 Tonight I went to SummerDance at Grant Park. It’s totally awesome. An hour of dance lessons followed by 2 hours of a live swing band all outdoors. Can’t beat it. Tonight was East Coast Swing and the Thomas Gunther Jazz Band. Sweetsweetsweet. Of course, I had to go all by myself because no one would go with me 🙁

Anyways, while doing the class I danced for a bit with a guy I shall forever refer to as adoraboy because he was quite possibly the most genuinely cutest boy I’ve ever seen. Unfortunately, he was there with a girl and I never saw him after that. I did dance with a few boys and a few old men, and a few people who need to invest in some serious deodorant.

Most of the people really didn’t know how to dance, or couldn’t keep rhythm, or made me dizzy sick by just going around in circles…but it ’twas fun none the less. The band played one salsa number, and this guy asked me to dance. I said I didn’t know much salsa and he said he didn’t either, then he proceeded to do some weird not-quite salsa/swing/lindy/mambo/foxtrot that involved everything and nothing. I just went with it though. Dancings supposed to be fun, not technical.

There was probably only one guy who knew how to dance and lead very well. And there was this other guy who I danced with last who I just totally let loose and we were fucking awesome.

Too bad most of these guys were like 50 or something.

Can’t wait ’till the next one I can go to!

Anyone up for salsa on the 28th??? or Transylvanian folk on July 5? (seriously, that’s on the roster!) 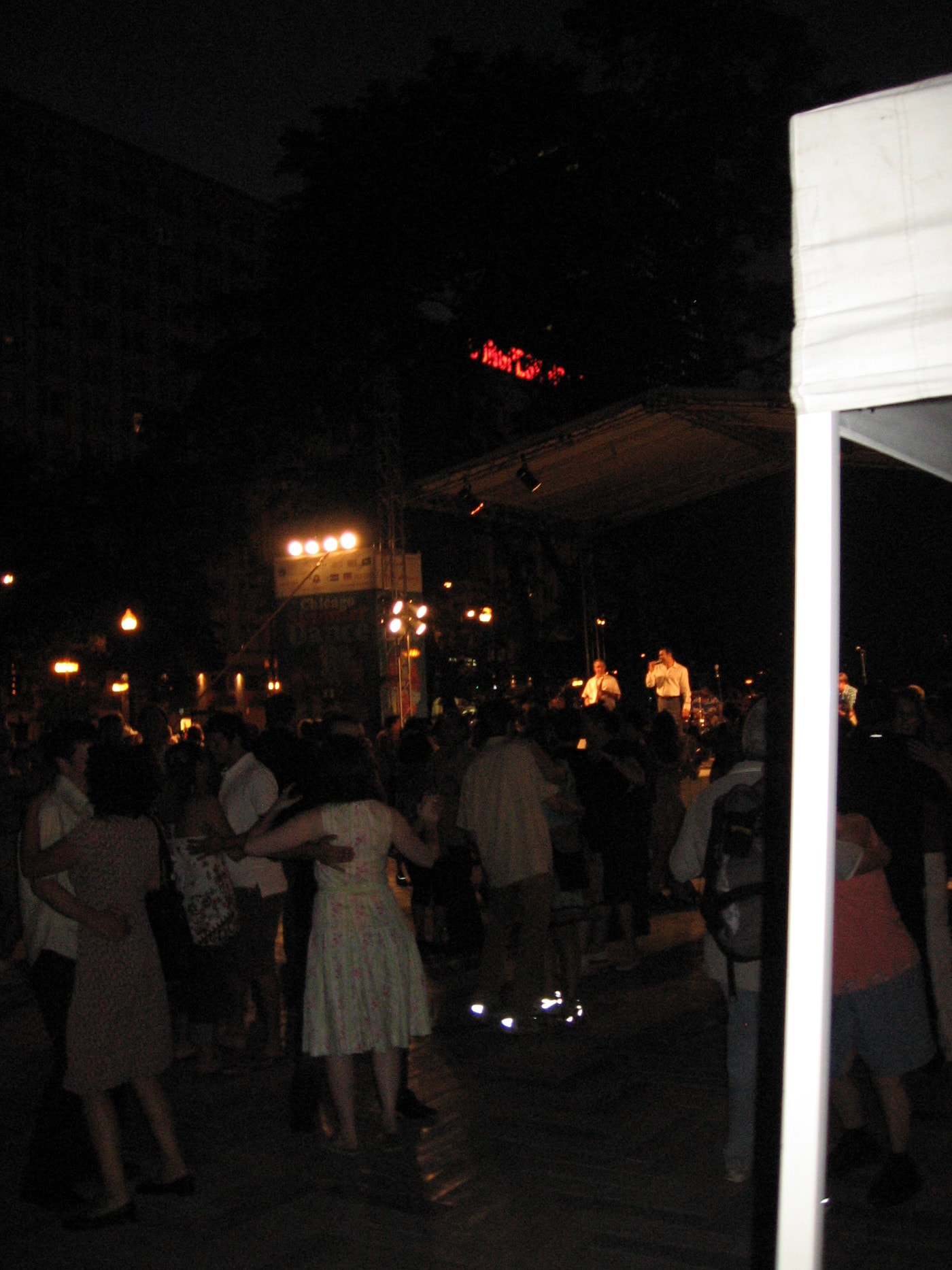 2. So You Think You Can Dance

I’ve been watching this show and it’s probably one of the best of reality that’s on right now. This dance was fucking amazing and makes me want to be a dancer and therefore makes me cry:

In a week I leave for a long Fourth of July weekend in New York. If you know me at...