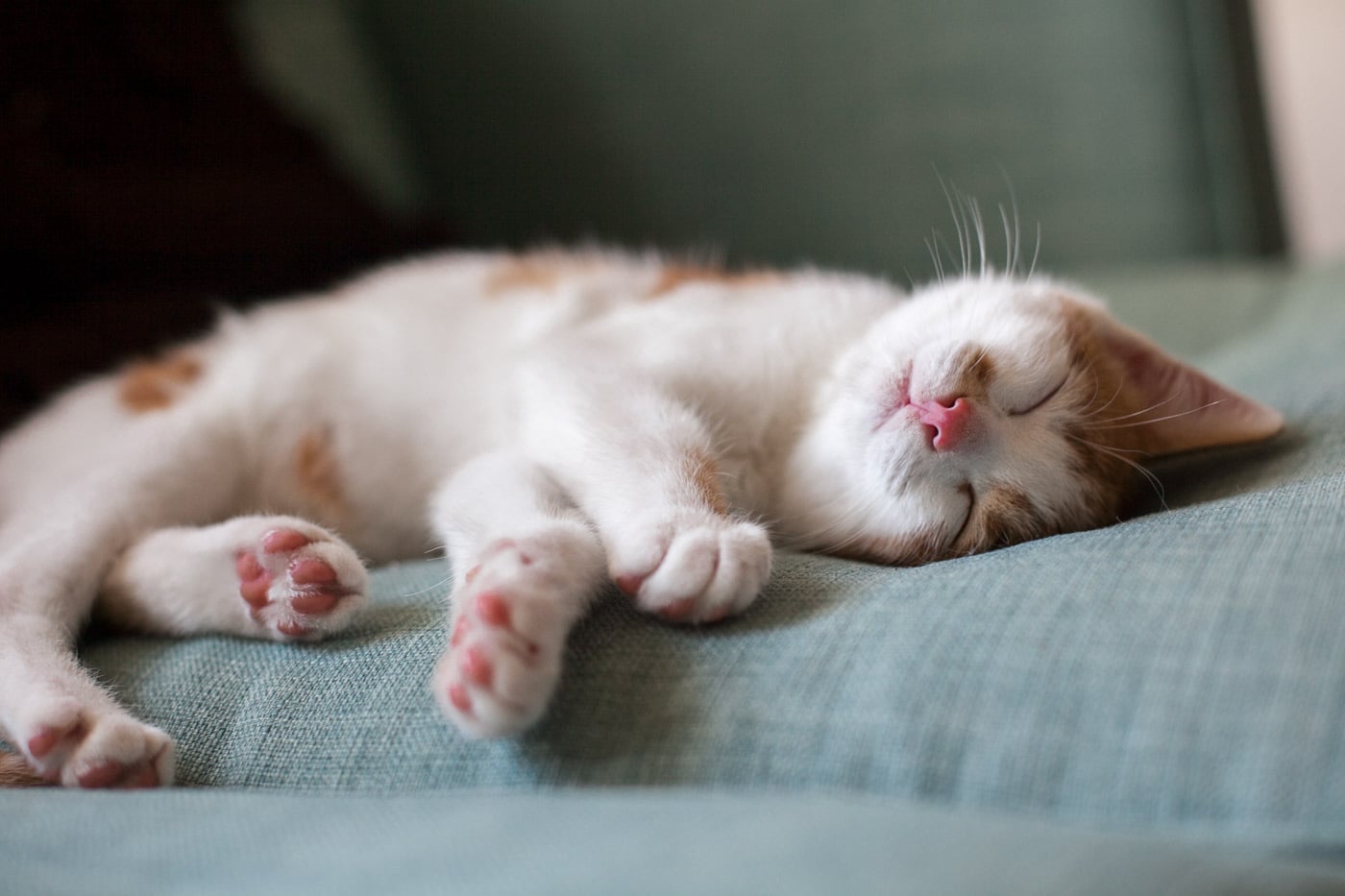 Why I chose to foster cats.

If you know me you know there are two things I can talk about on end: travel and cats. Often, cats I met while traveling. (See the cats who begged for food in Istanbul, the hostel kittens in Leon, my adorable Lek in Chiang Mai…)

What I did think about, as a child, was cats. Cats cats cats. So very very much did I want a cat. Sometimes I’d go to the library, sit in between the stacks, and flip through scientific picture books full of fluffy feline breeds. I particularly yearned for a pristine white doll face Persian with a delicate pink nose. (As a child I had no concept of “shedding.”) When we went to the toy store I’d pick out all the stuffed cats. There were endless Gunds and Russ Berries. There were Garfields and Heathcliffs and Pound Furries. There were pink stuffed Furrever Friends with velcro-on tails and Purr-tenders dressed up as toucans and bunnies. There was, of course, Hello Kitty. I was jealous of my friends who had a whole world of Calico Critters, or, even better, a real live cat.

Because we were a dog family.

There was Chewie, the scraggly brown and white Yorkipoo. There was Luke, the sometimes white Westie. And now my mom has a gangly Chihuahua mix named Yoda. (Notice a pattern?)

As an adult, thirty-some years later, I still think often of cats. Of course, now, those trips to the library have been replaced with Instagram feeds, Buzzfeed listicles, endless videos of cats falling off windowsills or riding Roombas, Icelandic reality shows. And those stuffed animals have been replaced by roommates with cats and the endless caboodles of kittens I temporarily “adopted” around the world.

Currently, I’m not traveling. Nearly three years ago I accepted a full time job, moved back to Chicago, got an apartment, bought a couch. “Settled down.”

But there was one thing still missing from the picture: a cat. As an adult, I have always lived with cats. I lived with my friend Heather and her cat Cat for years. I lived with my friend Katie and her two adorable kittens in between travels and when I first moved back home. I had a kitten that slept in my dorm room with me in Chiang Mai. Cats had somehow become interwoven into my life.

So, naturally, when I moved home, I wanted a cat of my own. But, with thoughts of “THE FUTURE” ringing in my head, I felt guilt at the thought of adopting one. What if I want to move to Colombia someday? What if I want to spend another year backpacking Asia? What if I want to hike the Appalachian Trail? What would I do then if I had a cat?

It wouldn’t be fair to me nor the cat.

After two years in my apartment I still, though, yearned for a feline companion. I even came close to adopting twice: once when a friend posted a call on Facebook for a kitten she was taking care of and another when I was perusing Petfinder, as one does, and found a kitten named Fig — something I deemed a for sure sign from the universe — only to have my application rejected.

That rejection hurt. But it also provided clarity. From the moment I submitted my application to the moment I received an answer, everything about me was in conflict. I was both ecstatic and panicked at the thought of either outcome to the scenario. I knew I needed a cat in my life. And I also knew I wasn’t ready to commit to one.

But I needed to stop living “in between” and do something.

So, I found a compromise.

I signed up to foster cats. 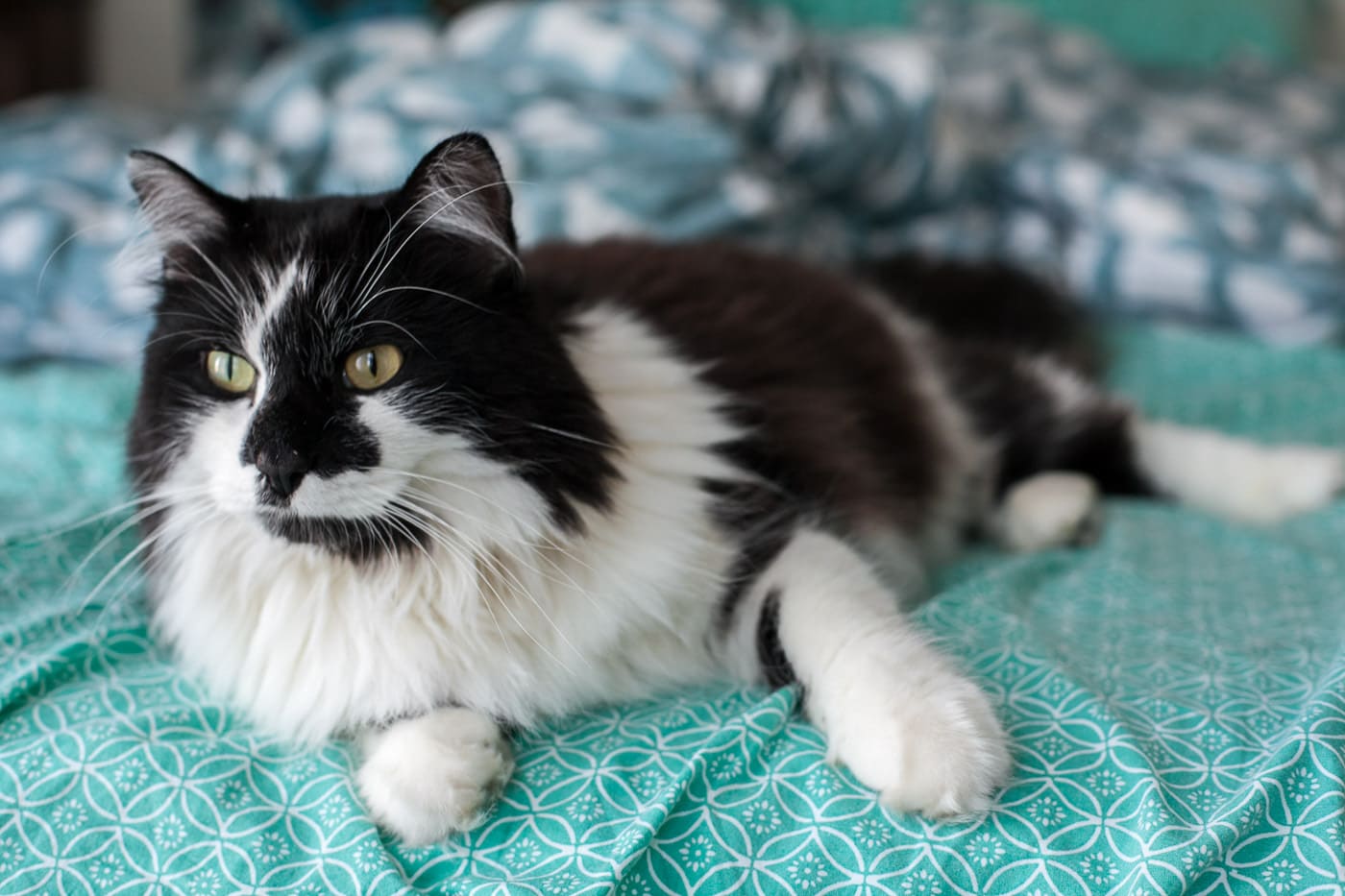 And, let me tell you, it’s easy to shower these cats with all the love. 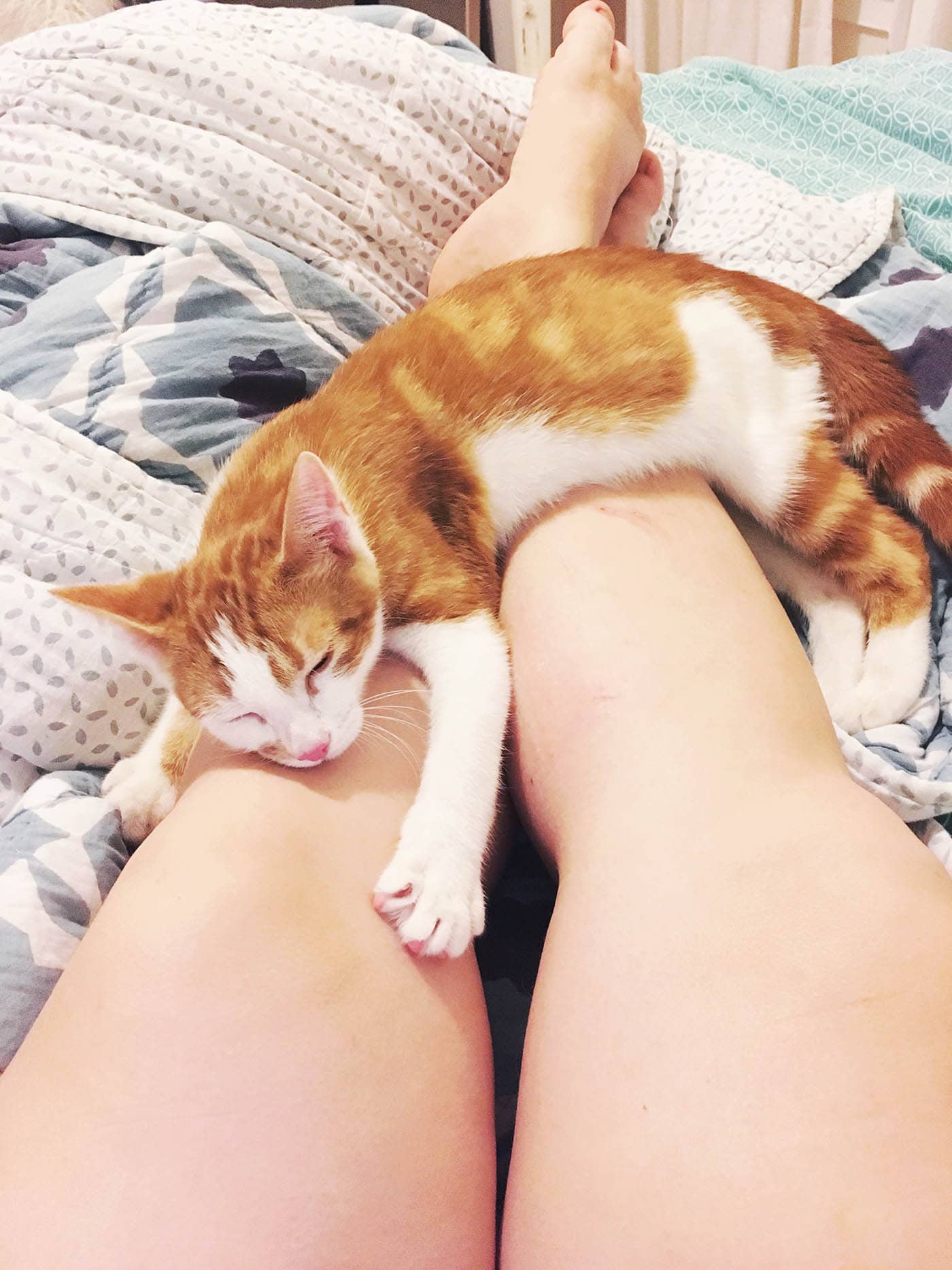 It’s really easy to love a cat when he falls asleep hugging your leg.

Most people, when I tell them I’ve signed up to foster cats, tell me they could never do it. They tell me it would be too hard to say goodbye.

And I’m not going to lie: it is very hard to say goodbye.

My first cat was Bandito, a black and white tuxedo Maine Coon with long precious hair and piercing green eyes. He was the most beautiful cat I’d ever seen. He was a serious cat with a mean play streak who would often dig a toy out of his toy box and drop it at my feet.

Bandito was with me for three weeks and I spent every day thinking, “what did I get myself into?” “How can I not adopt this cat myself?” “When will I ever find a cat so precious as him?”

When he got adopted, I cried. I cried hard.

Though, really, looking back now, Bandito was like one of those boyfriends who you love wholeheartedly but know isn’t right for you, and also is so damned cute you almost don’t care…

The truth was I knew he wasn’t the right cat for me. He kept his distance, he never wanted to cuddle. He’d often snip when I’d pet him.

And now, three weeks and two cats later, though I will always love him, I barely remember what it was like to live with him. 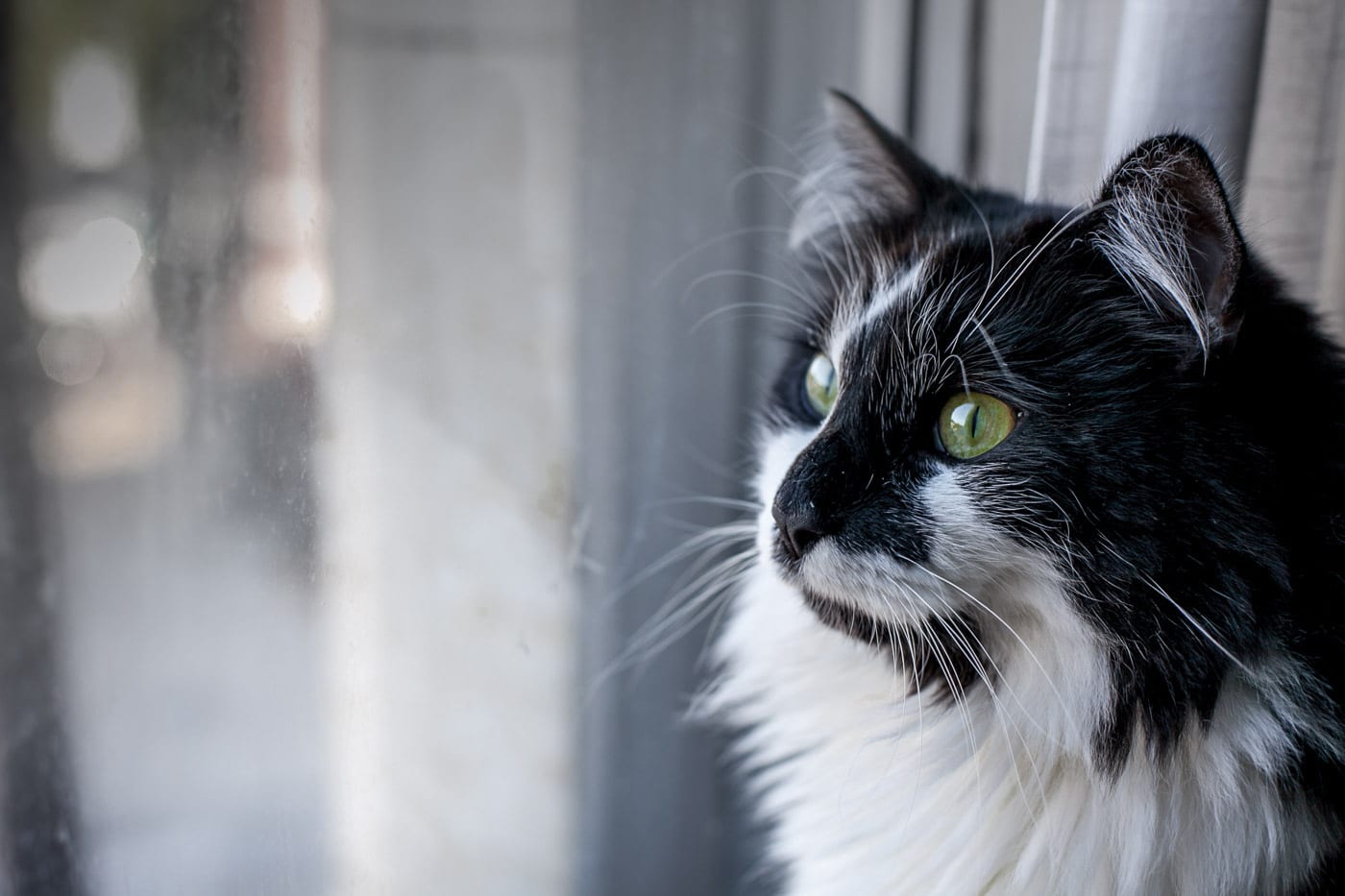 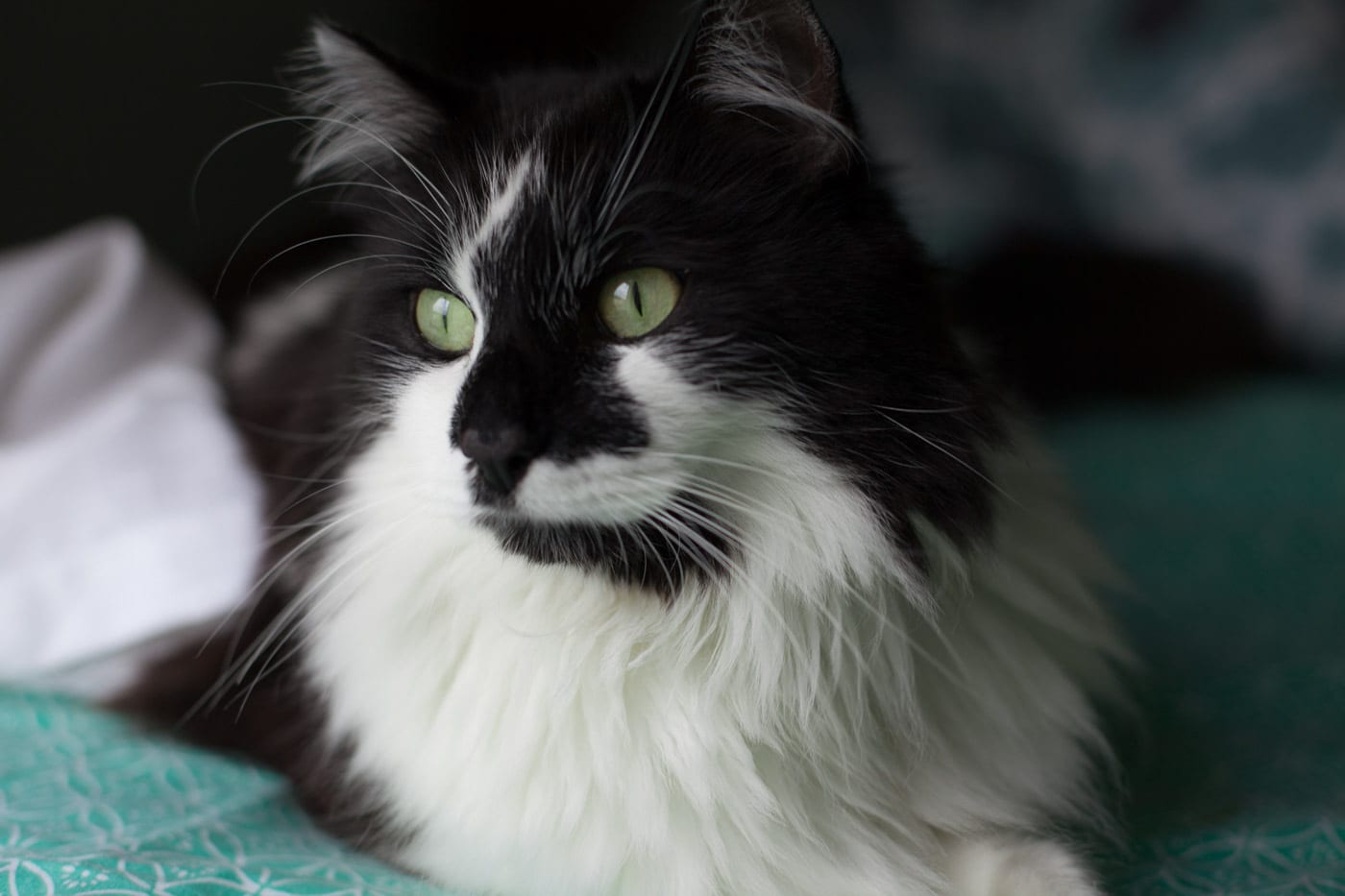 Of course, it did help that the day after Bandito left, two new cats came.

There’s Ford, a two and a half year old gray tabby who gives me the most adorkably awkward hugs by crawling up on my chest and burying his nose in my cheek and neck before readjusting and starting again. 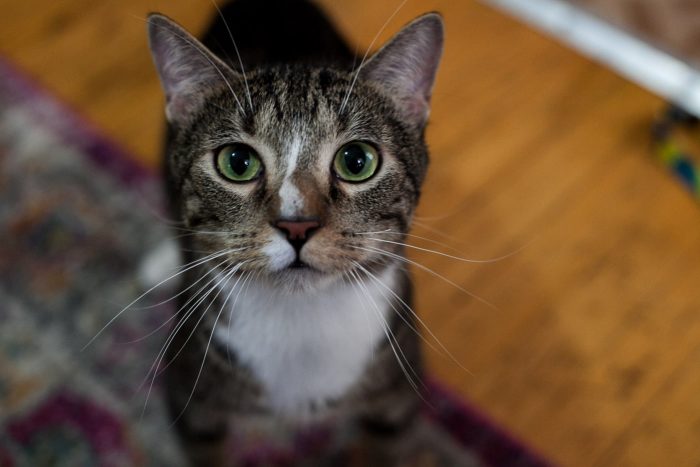 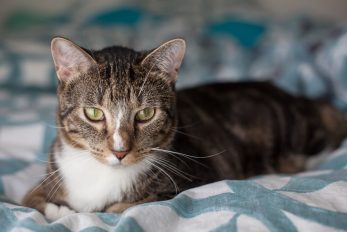 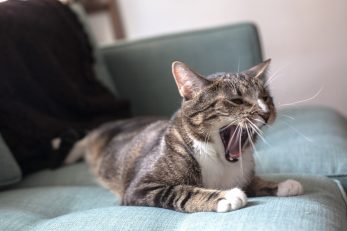 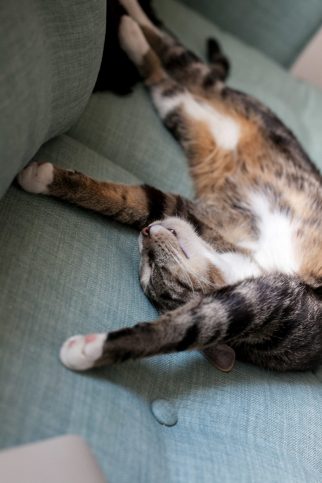 And there’s Rooney. Baby Rooney, who was only 12 weeks old when he was delivered to my door. I love the way he meows at me with all his baby might. And I love how every toy is his favorite toy and that every random thing he finds is a toy to him. And I love how he can fall asleep sprawled across my face. And I love how he’ll cuddle up next to me and wrap his paw around my arm or my leg. 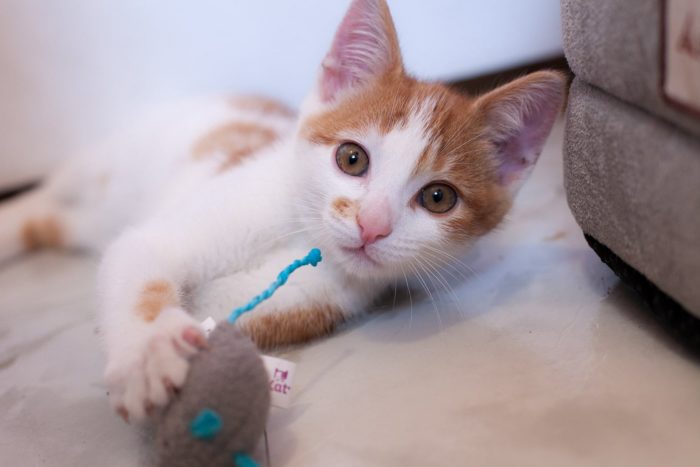 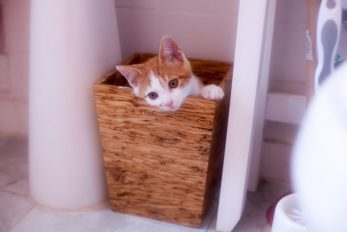 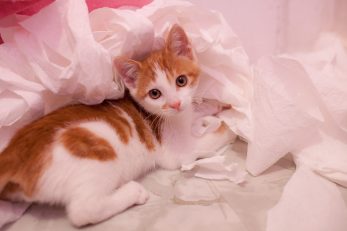 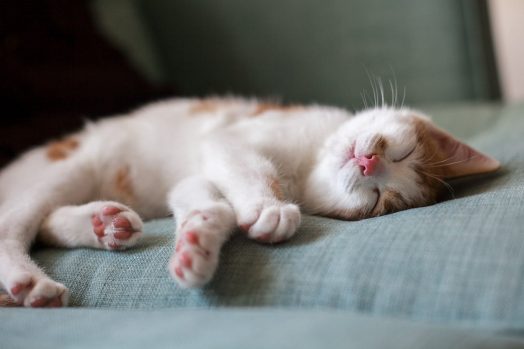 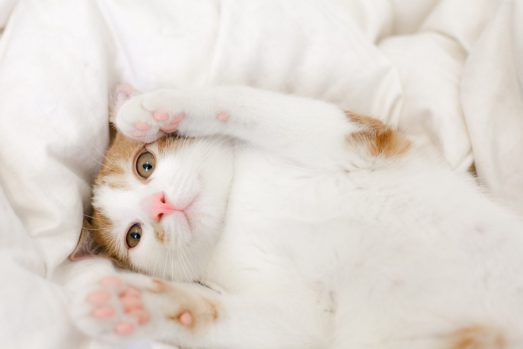 Every day someone asks me if I’m keeping Rooney. He is, after all, the most adorable kitten to ever kitten.

But I have to just keep reminding myself that all kittens are the most adorable kittens. Because kittens are fucking adorable.

And that if I’ve said goodbye to as many guys as I have I can certainly survive saying goodbye to a cat.

And that, until I have a better idea of what my future holds, I am doing the right thing.

Because I am doing the right thing. 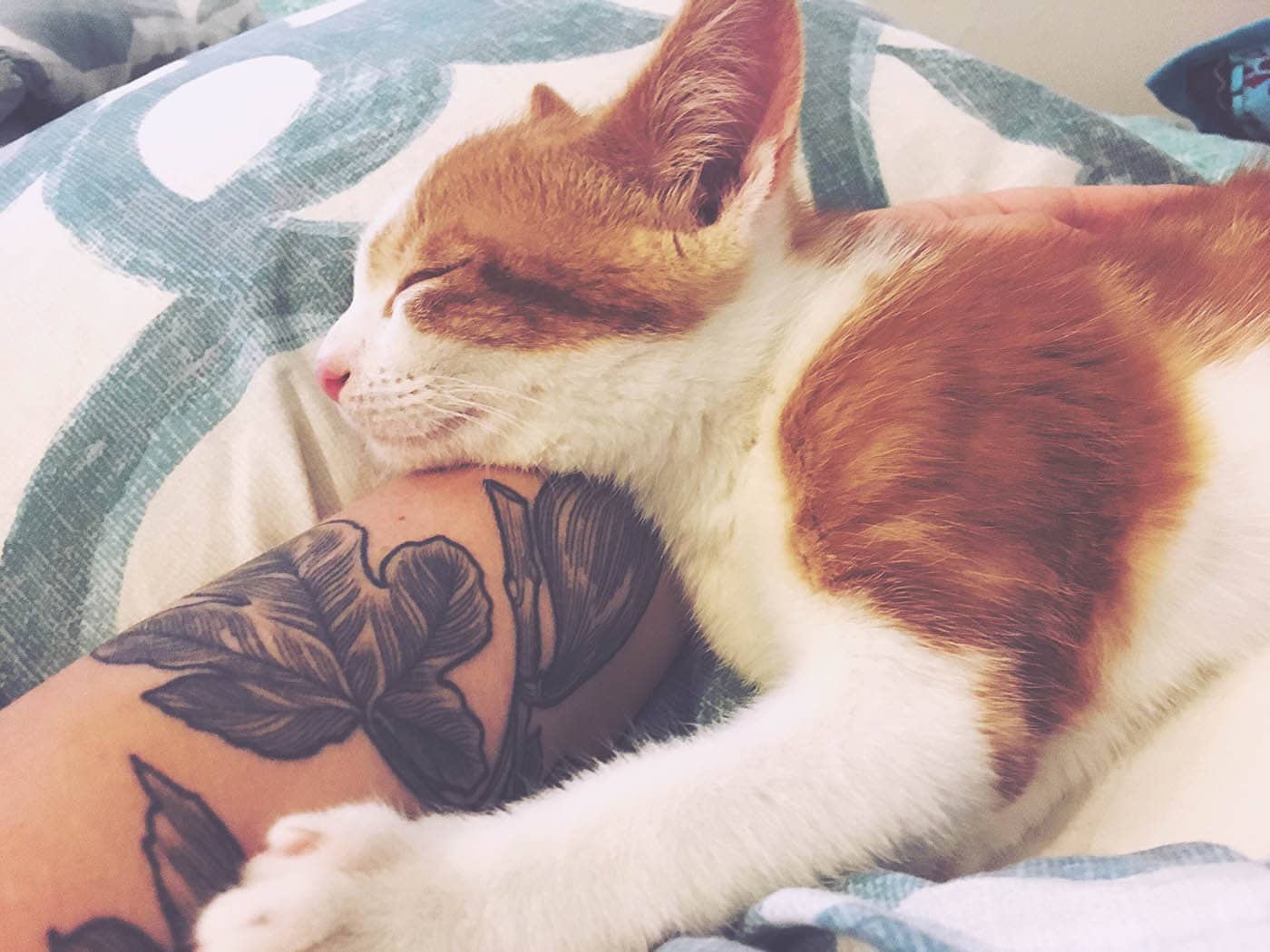 The most adorable kitten to ever kitten.

Or, at least, that’s what I keep repeating to myself as I pet my kittens with one hand and map out a Great American Road Trip with the other.

Maybe someday I will change my mind.

Maybe someday I’ll get over my commitment issues.

But, for now, I am doing the right thing.

For both me, and for the cats. 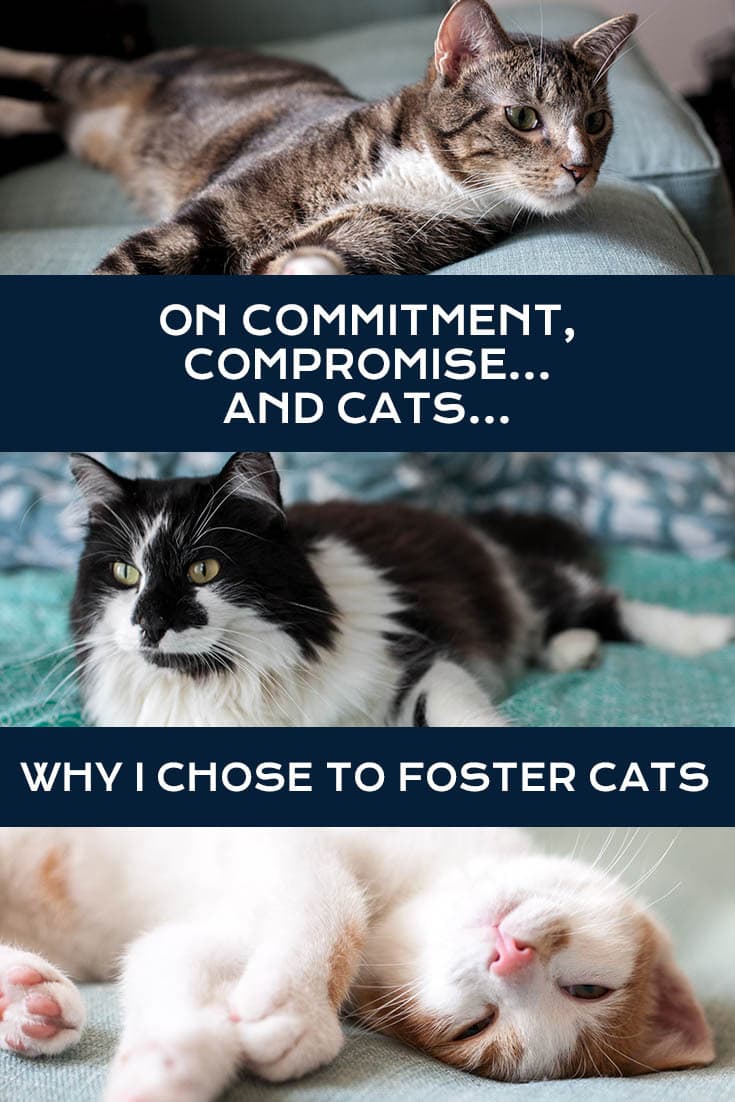 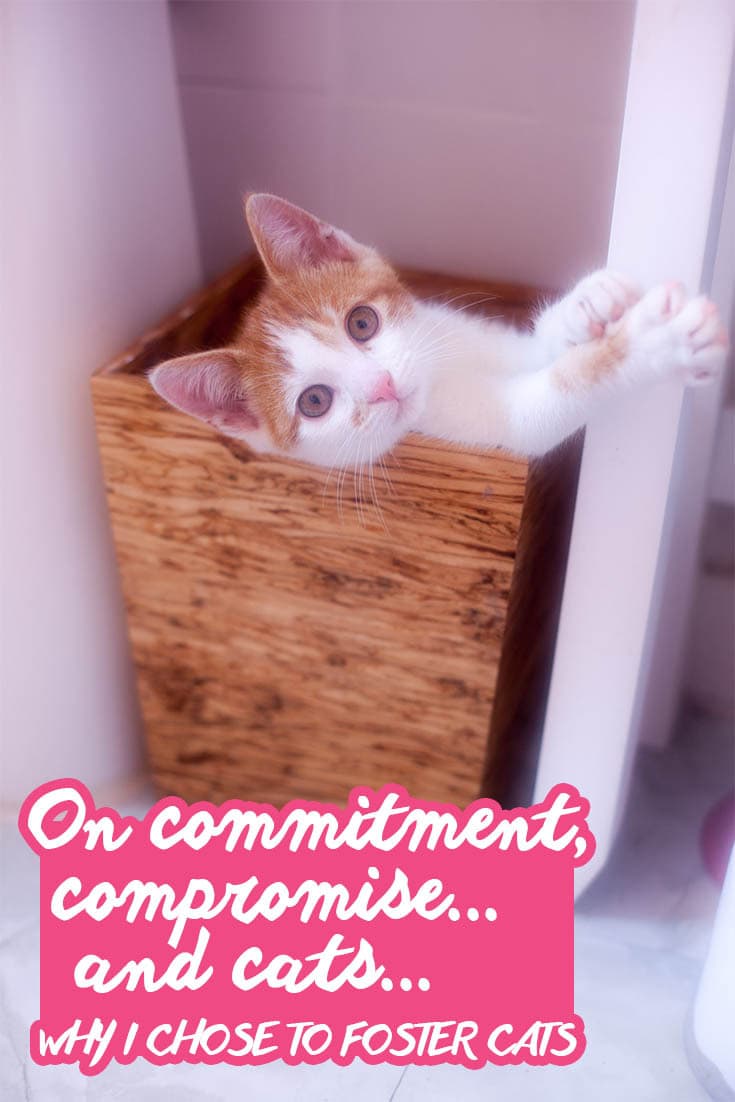 in Cats
by Val Bromann

Next post
Modern Cat Supplies that Don’t Make Me Cry

Things my cats have destroyed: Two vases, knocked down from a shelf. A snow globe photo frame that forever left glitter glued...