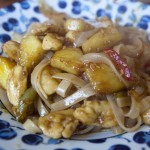 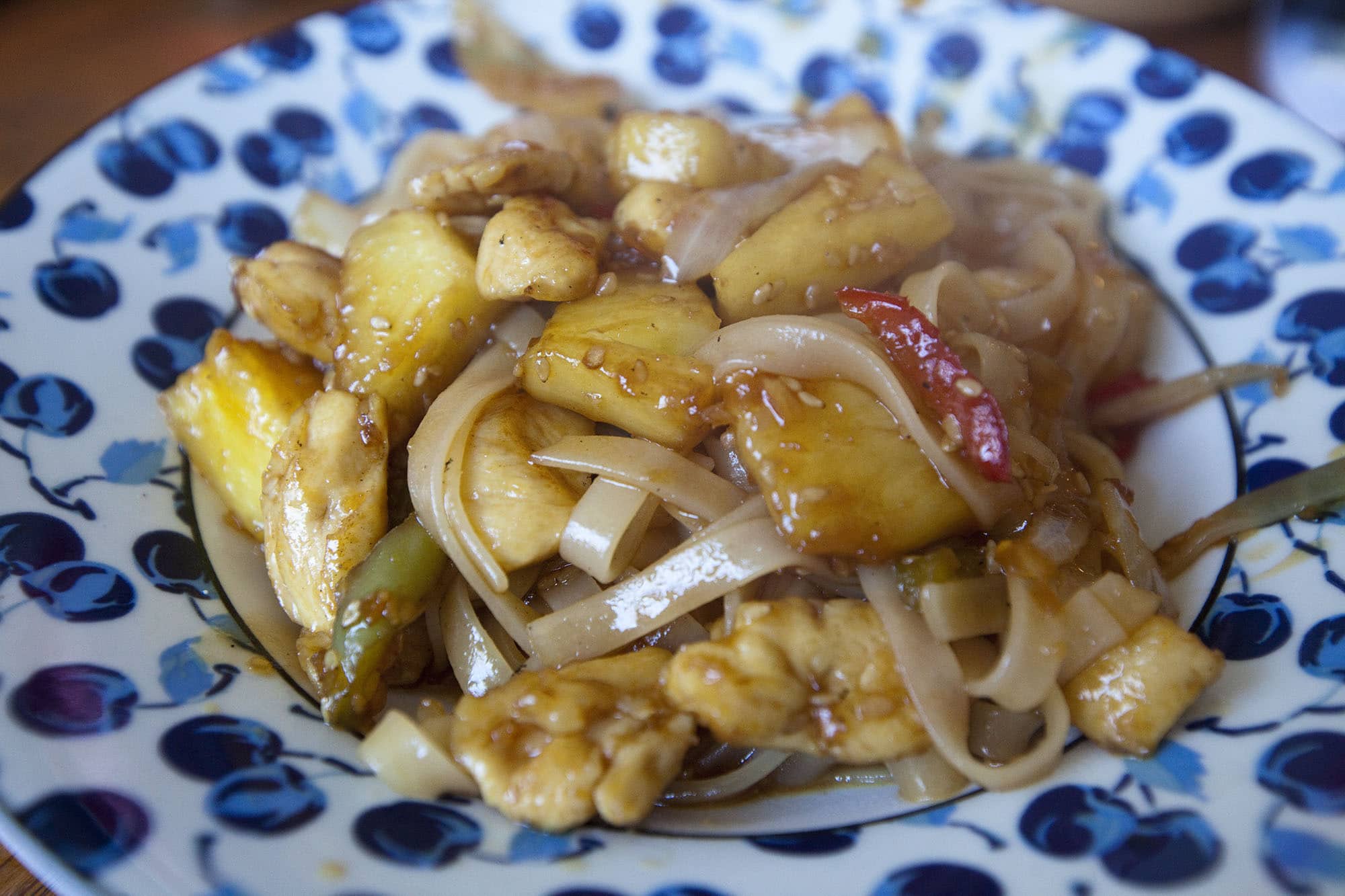 1. I went to Trader Joe’s on Saturday. I spent $40 and figured out that it would make a grand total of 13 meals. Which is pretty awesome. Of course, that means I am eating chicken stir fry three times, chicken pizza twice, cheese/crackers/fruit three times (for work lunches), pasta three times, and mushroom bites twice. But it’s economical. My best find was a bag of multi-color frozen pepper strips. Because I am not a big fan of peppers but I like a little in my stir frys and this gives me three different peppers that I only need to use a little of and will be able to use for about 20 stir frys. Because I hate buying peppers. Because it just seems wasteful.

I made stir fry number one last night. It was absolutely delicious. Maybe the best one I’ve ever made. It had some frozen peppers and onion and garlic and chicken and pineapple and rice noodles and island teriyaki sauce: 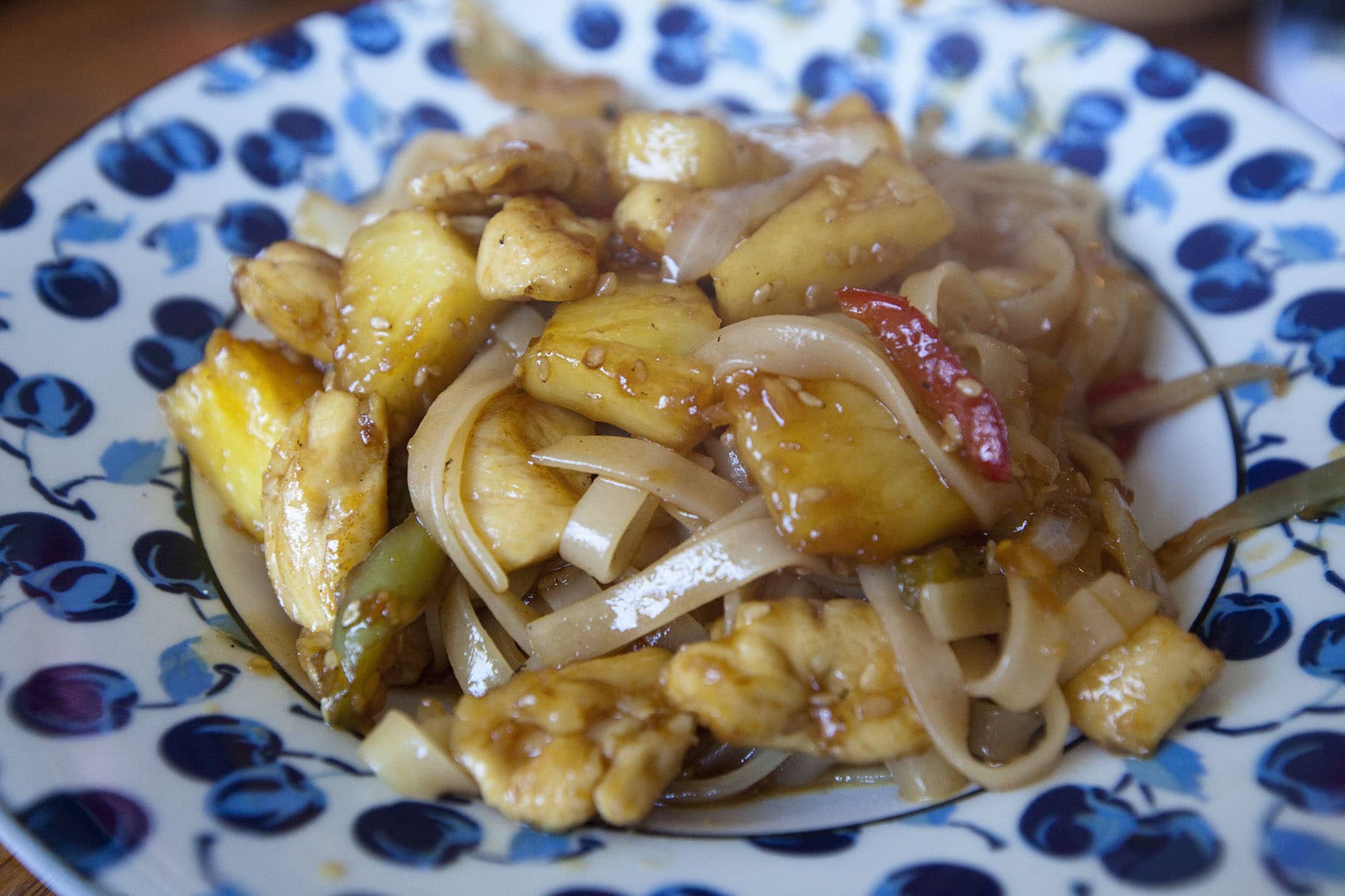 Tonight I made bbq chicken pizza. Just bbq sauce and shredded cheese and chicken. And pizza crust, of course. 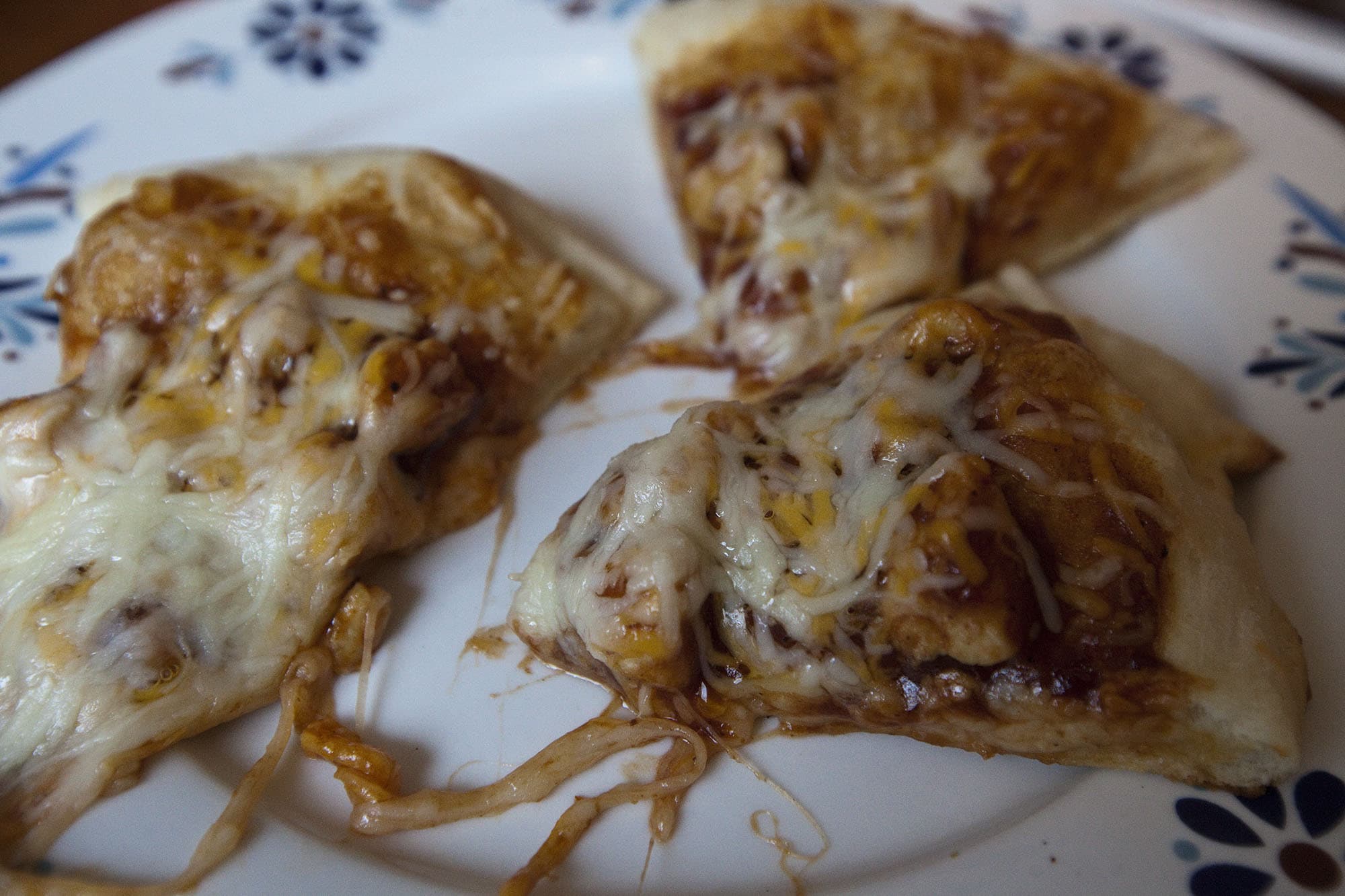 2. Sunday night was Mat’s second to last 5b performance at the io so I headed over there to watch although I still can never tell if he wants me there or not. But really, what else do I have to do on my Sunday nights but loaf on the couch watching Celebrity Apprentice? And that’s what the DVR is for. So I ended up watching about five hours of improv because we stayed for the Middle Age Comeback/3033 show. They were funny and 3033 spent the entire time making fun of the Packers and Vince Lombardi.

3. I am apparently a choice on an eatfeats poll for “top competitive eating reporter.” Which I don’t think I deserve at all because I am a horrible reporter (I always forget to pay attention to totals). But it’s funny and much appreciated at the same time.

4. I sometimes feel like that same girl who you dropped off early so you could hang out with your real friends.

in Chicago Life, cooking, food
by Val Bromann
You have no idea how many people licked that guillotine before you.

You have no idea how many people licked that guillotine before you.

If you really want to see him do that…

Next post
If you really want to see him do that…