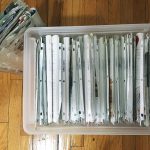 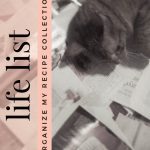 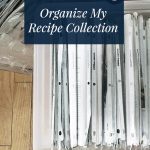 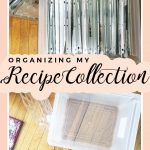 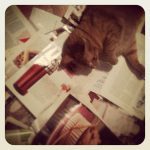 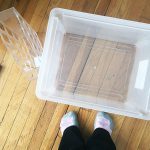 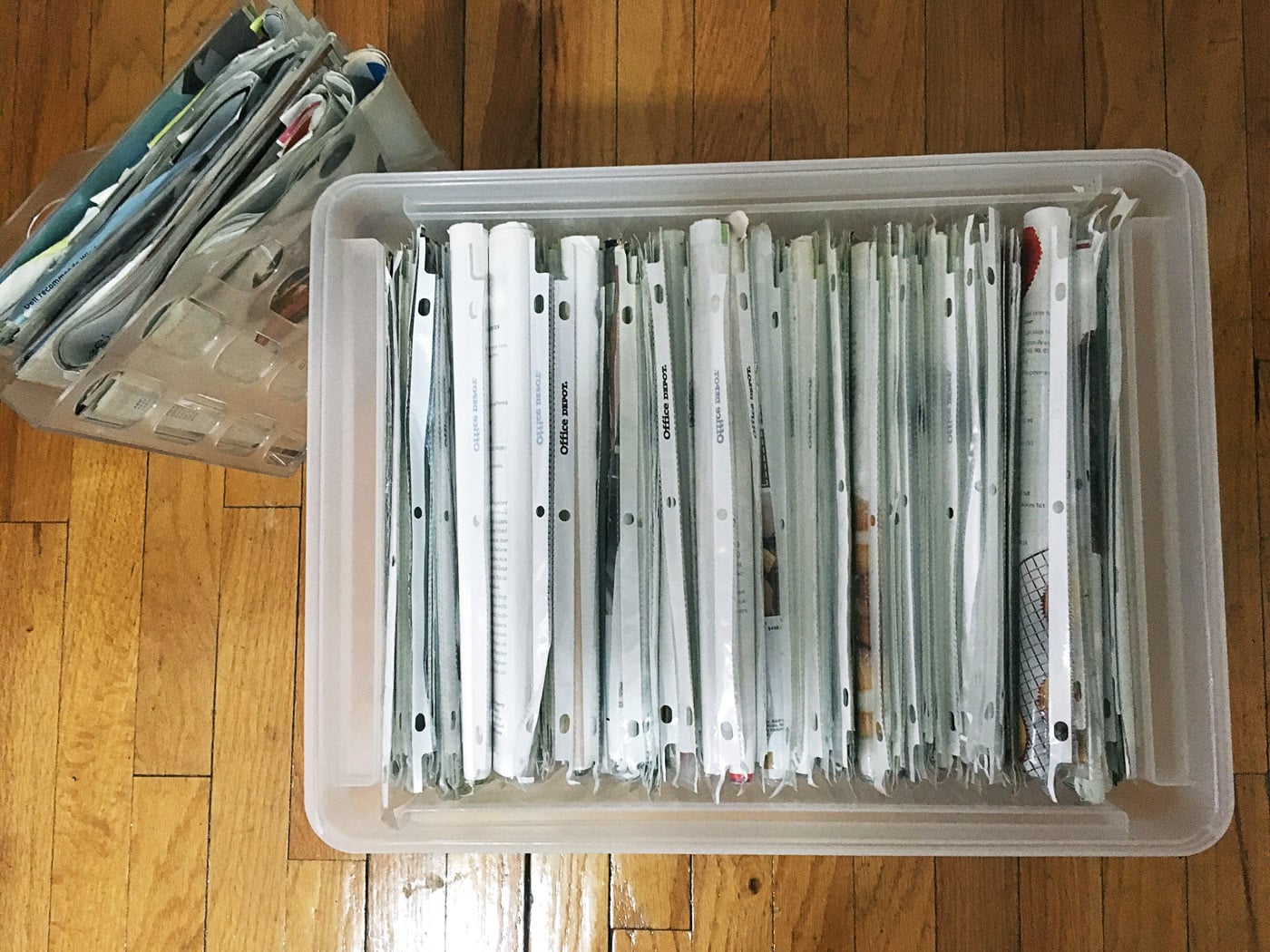 Not all of the things we want to do in life are monumental. Sometimes, a life goal might be seemingly small, simple, mundane, but something we want to accomplish all the same.

I’ve been hoarding cooking magazines for as long as I could remember. In high school, college, I had stacks and stacks of Gourmet, Bon Appétit, and Martha Stewart Living on my shelves. I had a subscription to Better Homes & Gardens when I was in grade school. I still have a subscription to Food & Wine.

At one point, long ago, the stacks started taking over my room. So I tore out all the recipes and organized them into plastic sleeves, tossing the filler and ads. It saved room, sure, but the recipes still took up space in file boxes and magazine files. 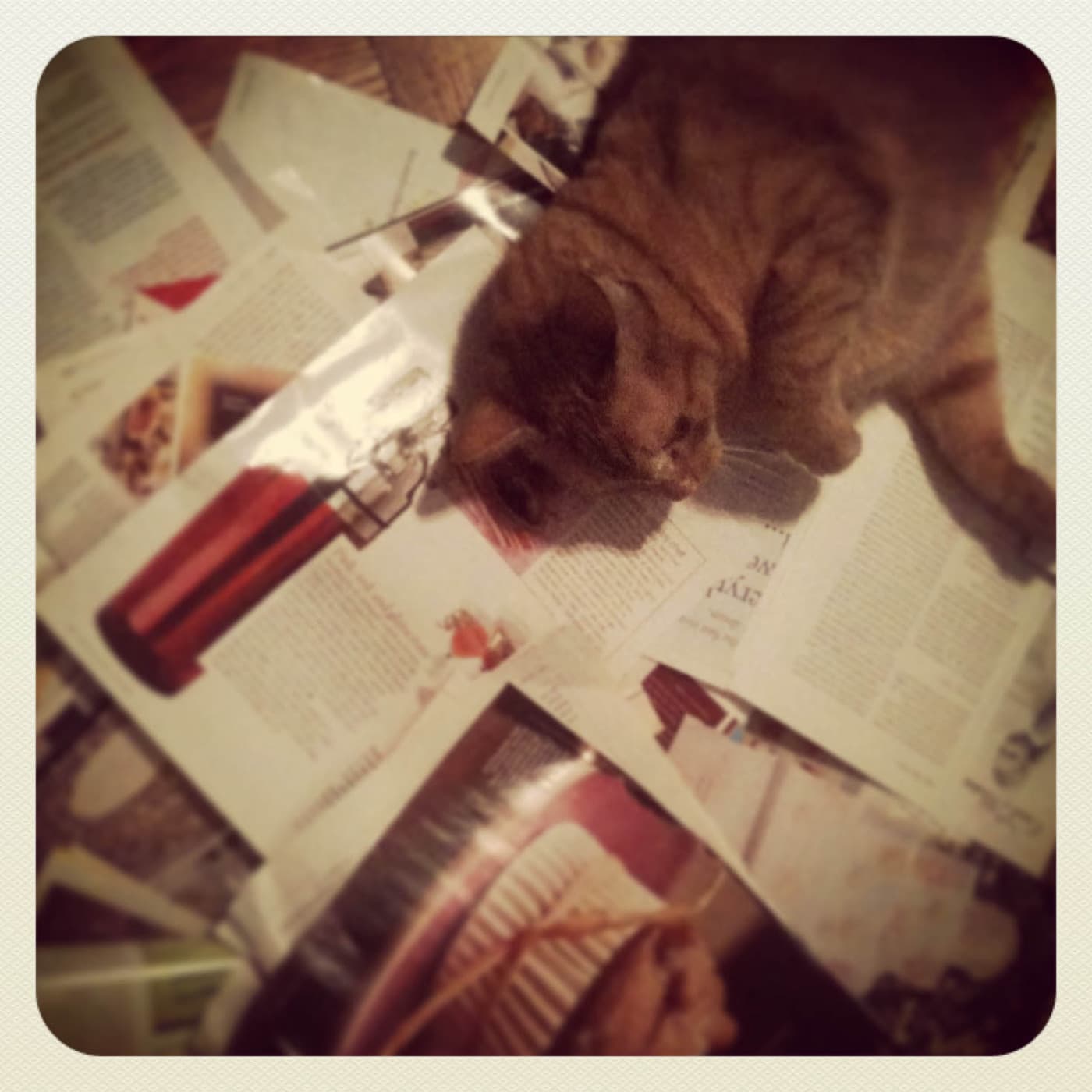 Photo from 2012, the last time I started organizing my recipes. Cat tried to help.

In college I had had this grand goal that I was going to scan all the recipes and print them out in binders organized by main ingredient (this was 1999, people, the internet wasn’t quite as internetty as it is today).

Sometimes I’d start, get a few done. But it was way too time consuming, so I never got far.

Later, I thought about scanning them onto my computer and organizing them in some sort of database. But that, as well, was always too much of an effort to get too far into.

And so the recipes, the files, just kept multiplying.

Over the years, I’ve pared down the collection time and time again. I’d go through and try to only keep recipes I really thought I’d make someday.

Of course, sometimes I’d be really hungry as I went through them and decide I wanted to keep everything. And, other times, when my stomach was full, I’d be much more stringent.

Last month I decided I had had enough. I had a an entire file box (plus) full of recipes that I hadn’t looked at in a year. Did I really need this box taking up room in my closet? In my life? No.

The before. Recipes just taking up space in my closet.

Besides, the thing I like about cooking magazines is that they show me recipes for things I wouldn’t think to look up on my own. I might look up chicken for a baked chicken breast or a chicken parmigiana, but I probably wouldn’t seek out a recipe for coconut-braised chicken, ginger-nut-butter-stuffed chicken breasts, or chicken pot-au-feu if a magazine didn’t tell me that they existed.

So I took out the box, went through each magazine page, looked up the recipes on each magazine’s website, and saved them all to a Pinterest board.

It took two full days of work (while watching a marathon of America’s Next Top Model, obviously), several giant bags of recyclables, and 1,400 pins, but my recipe collection is organized and searchable. And I have peace of mind…and a slightly emptier closet. 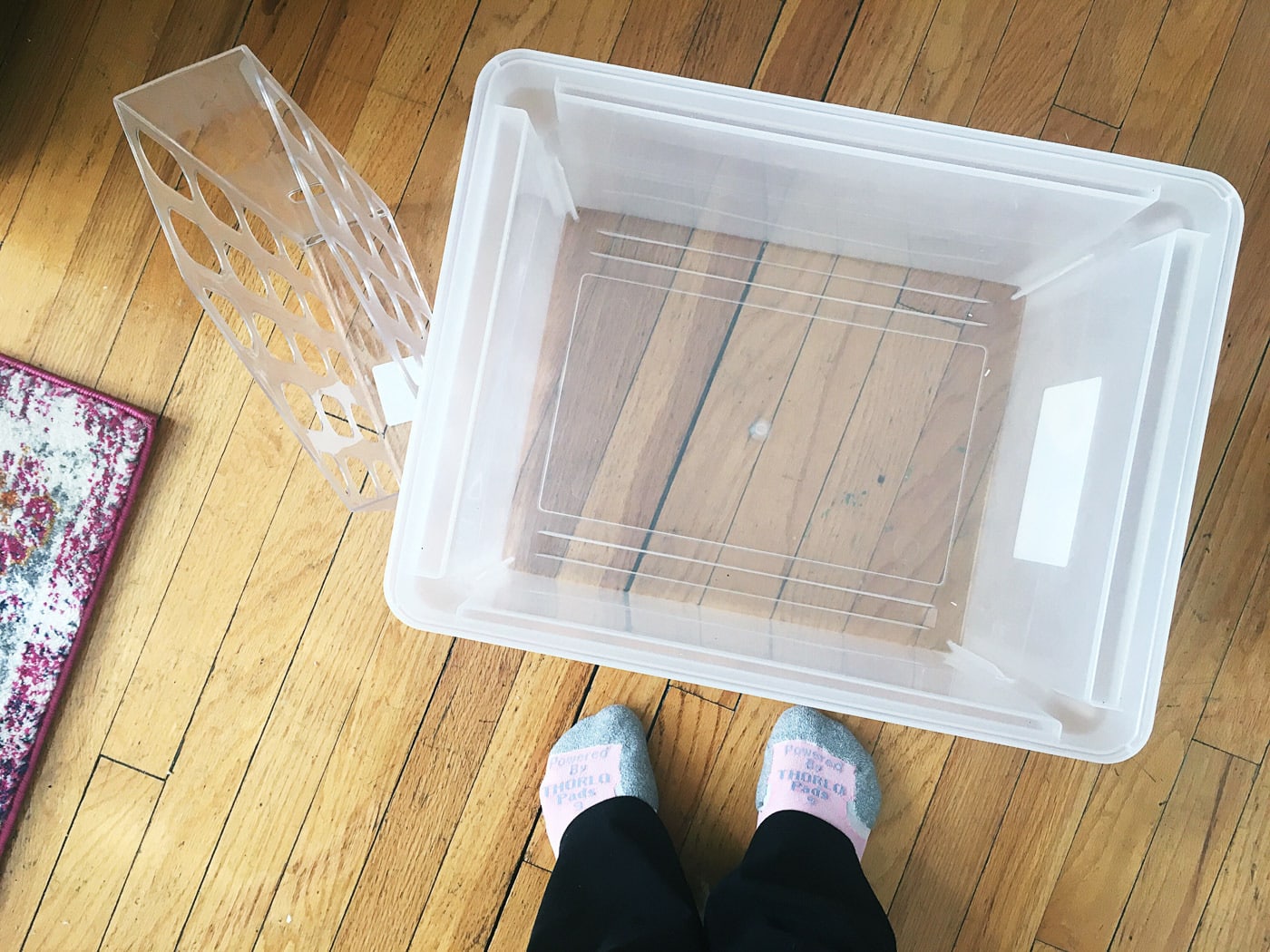 The after: recipes organized online leaving empty boxes behind!

“Organize my recipe collection” was number 167 on my life list. My recipes are now here and not in my closet. 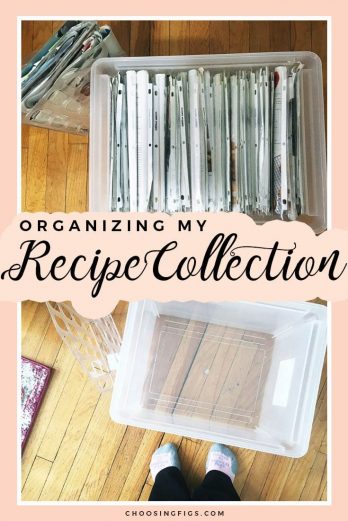 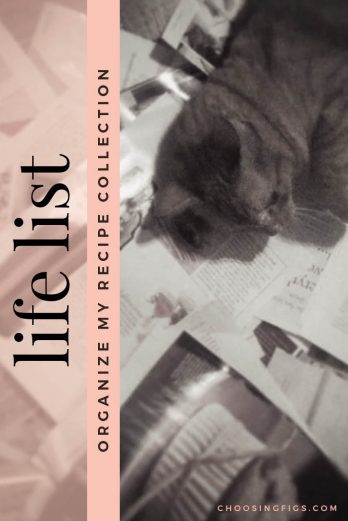 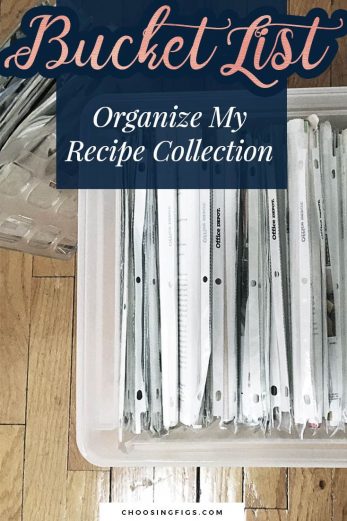 Is there a mundane but seemingly tedious life list item you've been putting off?

Next post
Birthday cards for the crazy cat lady.