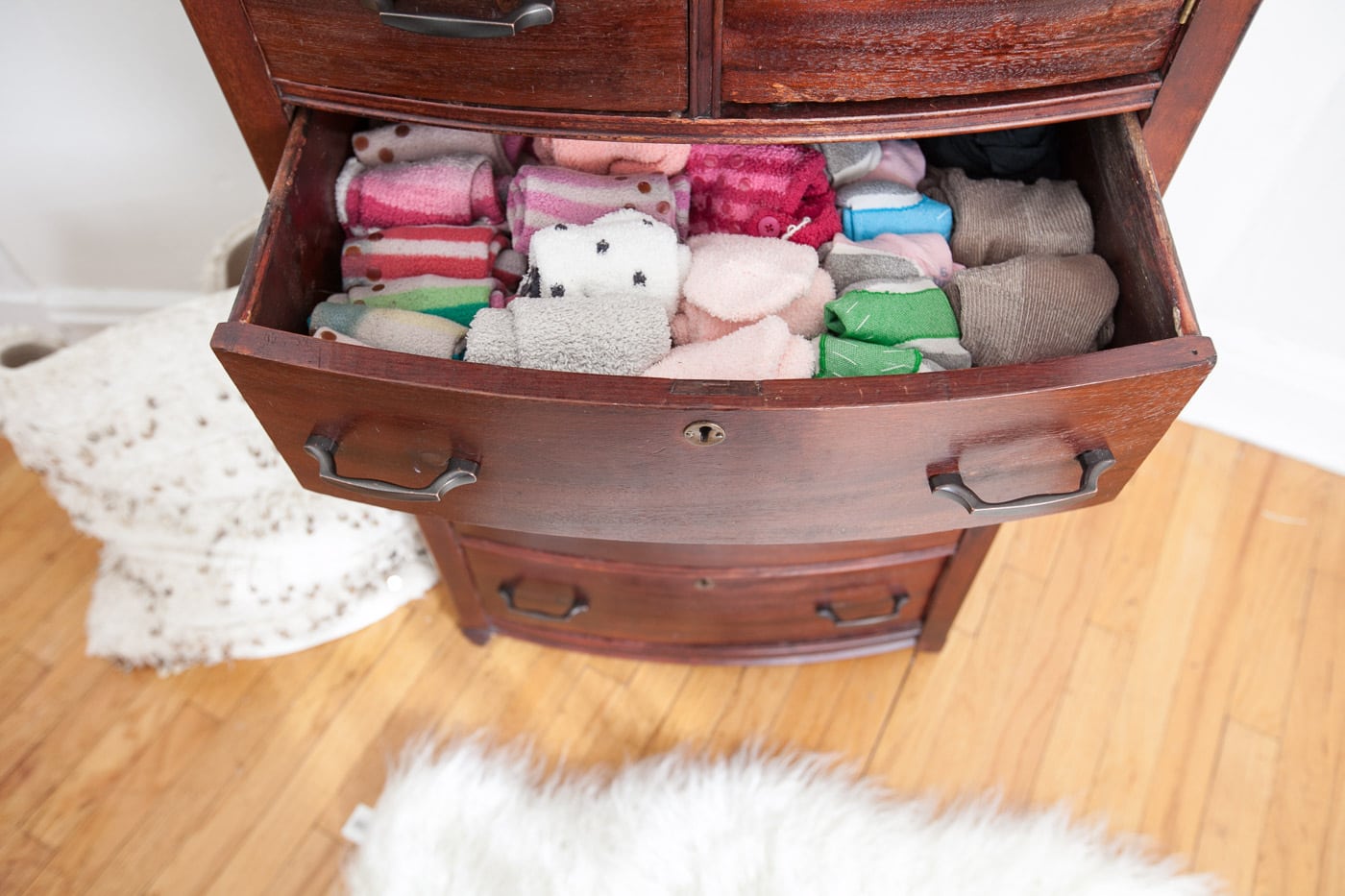 It’s been about two months since I “finished” KonMari-ing my apartment. I put finished in quotes here because I’m technically not all the way through with my tidying. I still have a shelf full of photo albums and other mementos that I am getting through. Slowly. Those things, being the most sentimental of things, and of a pretty large category, will take a while still to sort. But those things are out of the way and not highly utilized. So. Whatever. But I still wanted to explore whether, two month later, I actually think the KonMari method works.

And I got rid of a lot of stuff.

I gave up counting how much I threw away or recycled or sent off to be sold or donated, but I did go through an entire 40 pack of garbage bags that month and I did manage to make $175 at a garage sale before I was even finished.

So let’s just say that I got rid of a lot.

So…how am I doing? And does the KonMari method actually work? 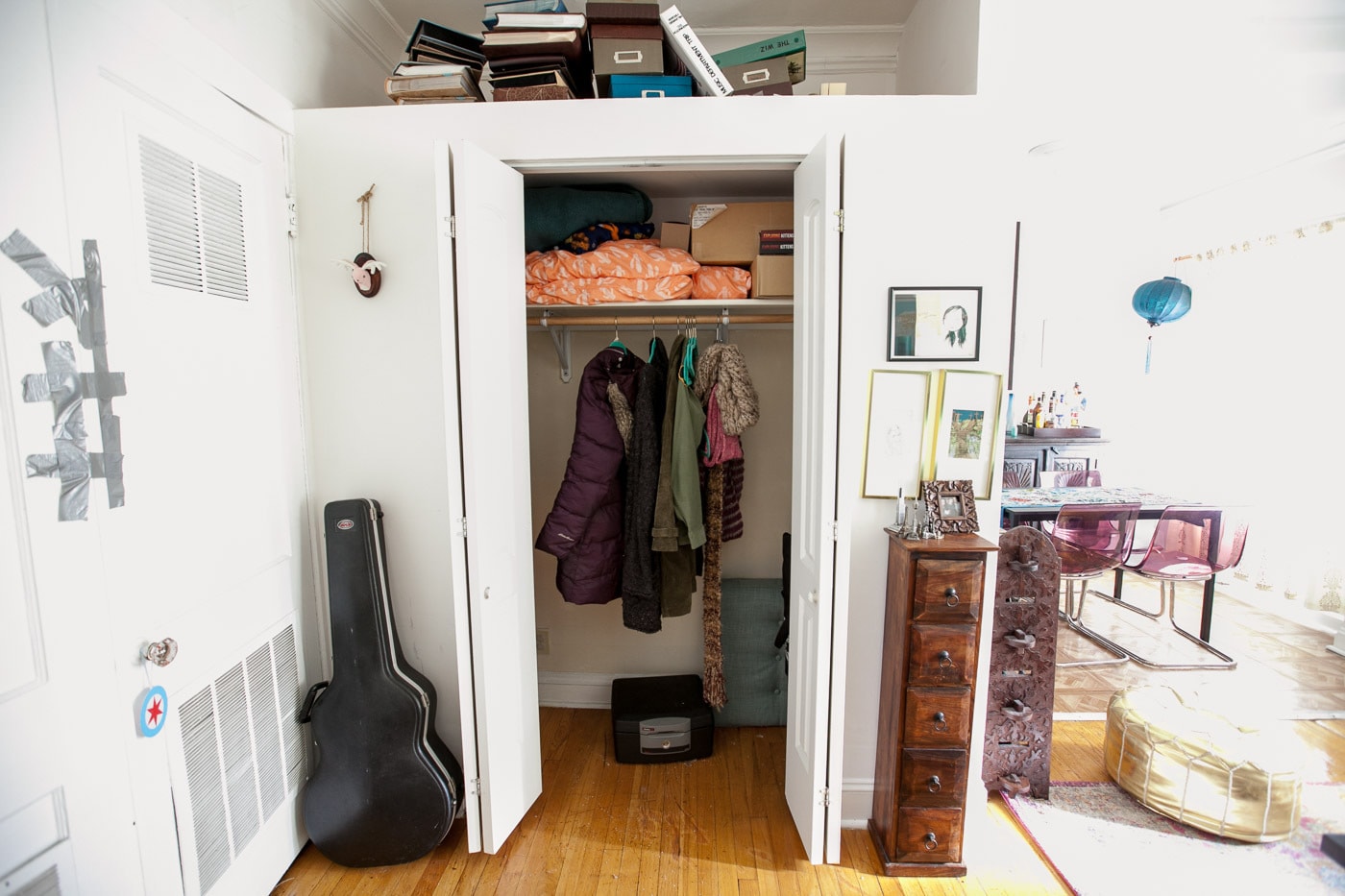 Konmari organized closet. You can walk into my closet and it’s not even a walk-in closet.

In The Life-Changing Magic of Tidying Up Marie Kondō proclaims that once you finish organizing via her method you will never have to tidy again.

And…well…I wouldn’t say I haven’t tidied at all in the past couple of months. I do still sometimes find that things pile up or I leave something out for longer than it should or I throw my laundry on top of the hamper instead of inside of it. Or I just get lazy. But, overall, I do feel like everything is a lot neater. I do feel like I’m a lot better at being neat.

I haven’t had a single moment in the past two months where I felt overwhelmed by the state of my apartment. And, before, I felt that way often. Often I’d just feel like there was no way my apartment could ever feel clean again. Often I just wouldn’t put something away because I didn’t know where to put it or I knew I’d need to struggle to get it in the right place. Often I’d have to step over things just to make it across the room. Often, I’d look around and think, “my god, I have to clean.”

I haven’t once in the past two months thought, “my god, I have to clean.”

That’s not to say I haven’t had to clean. I just haven’t gotten to the point where Hoarders was going to knock on my door if I didn’t. I’m a lot more apt to put things away, right away, simply because it’s much easier to put them away. Everything has a place. And that place isn’t under or on top of another thing. Nothing is stored under my bed. You can walk into my closet and it’s not even a walk-in closet. I can put papers away in my file box because it isn’t buried underneath another file box. I can hang my clothes easily in the closet because the hangers fit in between the other clothes in the closet. And, for some reason, for the most part, I’ve been doing my dishes right away. And I’d never do my dishes right away.

Sure, there have been a couple of times that I remembered something I had tossed and was immediately filled with KonMari regret. But, honestly, as I’m writing this, I can’t even remember what those things were. So, outside of those fleeting moments, they couldn’t have been all that important.

Two months after I finished KonMari-ing my apartment I still fold my socks. And underwear. But you don’t need to see my underwear.

There are a few things in the KonMari method that I gave up on. After two loads of laundry I stopped trying to hang my clothes in a perfect ascending line, stopped comparing all of the hemlines to get them in the right order. Because it was taking me ten thousand hours to hang my damned clothes. And nobody has that kind of time. And I don’t always put my shoes back in the closet when I come home. I mean, I’m going to wear them again in the morning… And I do leave empty boxes laying around all the time instead of recycling them right away. Because the cats love empty boxes. And, sometimes, adorable trumps tidy.

And there are a few things in the KonMari method that I never even tried in the first place. I don’t put my shampoo away in a bathroom cabinet after I shower. I don’t take my wallet out of my purse when I come home. And I certainly don’t thank my socks at the end of the day.

I did, however, buy a shower organizer, which is so much nicer than my previous method of throwing everything haphazardly on the shelf. And I did, however, start putting my toothbrush and paste away in a cabinet because it keeps the tiny surface of my sink nice and clean.

And I do still fold my socks. And my underwear.

Even I’m surprised that that one stuck. 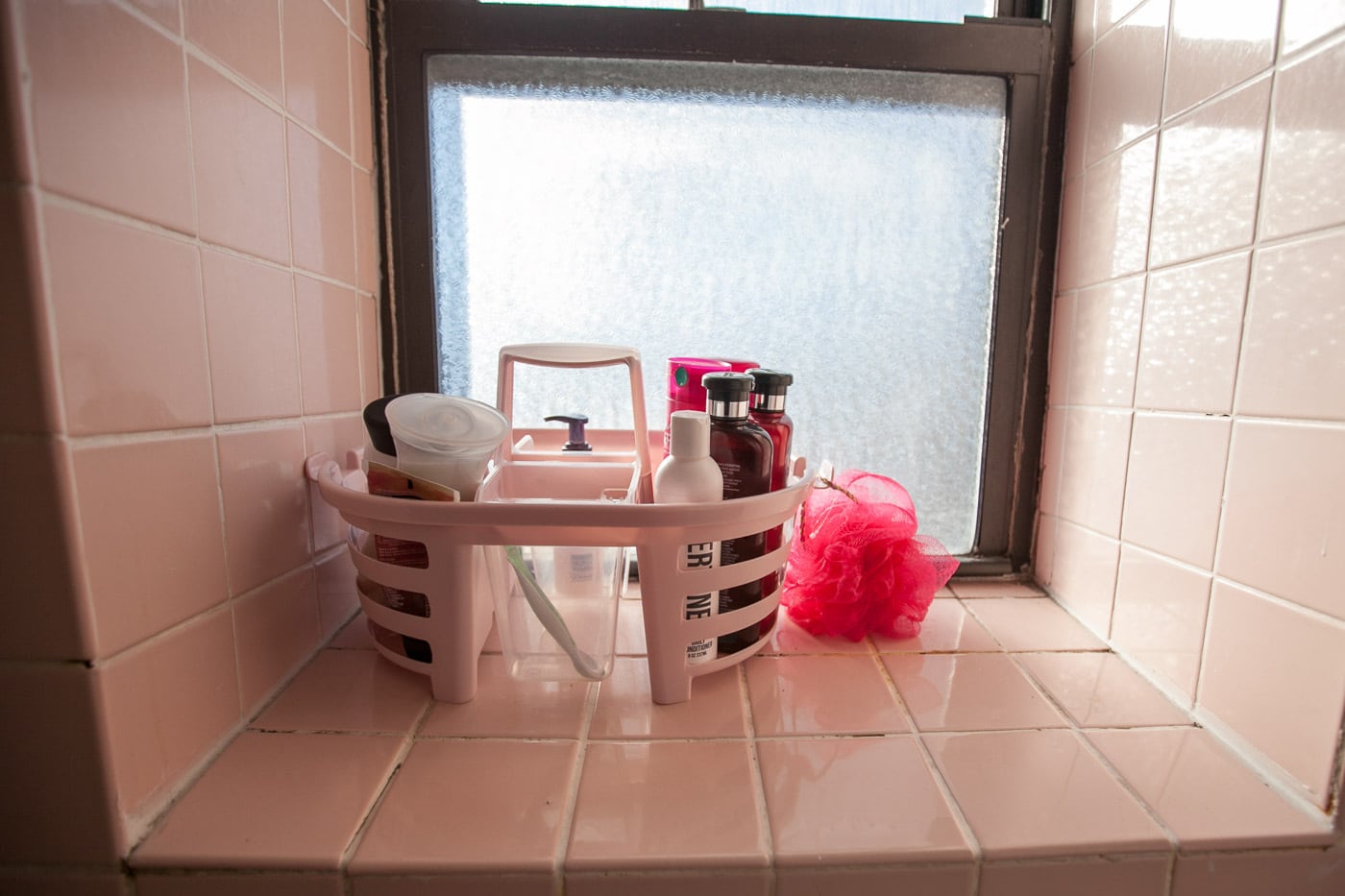 MariKondo says to put your shampoo away in a cabinet after you shower. I say an organizer is good enough.

The one thing KonMari doesn’t really take into account is cats. Because, try as I might to get the cats to clean up after themselves at the end of the day, they don’t listen. Almost every day I have to pick up after the toy basket they’ve tipped over or the litter spilling onto floor or the toilet paper they’ve left shredded all over the living room…

(The cats were a big help though, in helping me get rid of things. They’ve so far broken a vase, a photo frame, a candle, and a mug. All things I guess I didn’t need…) 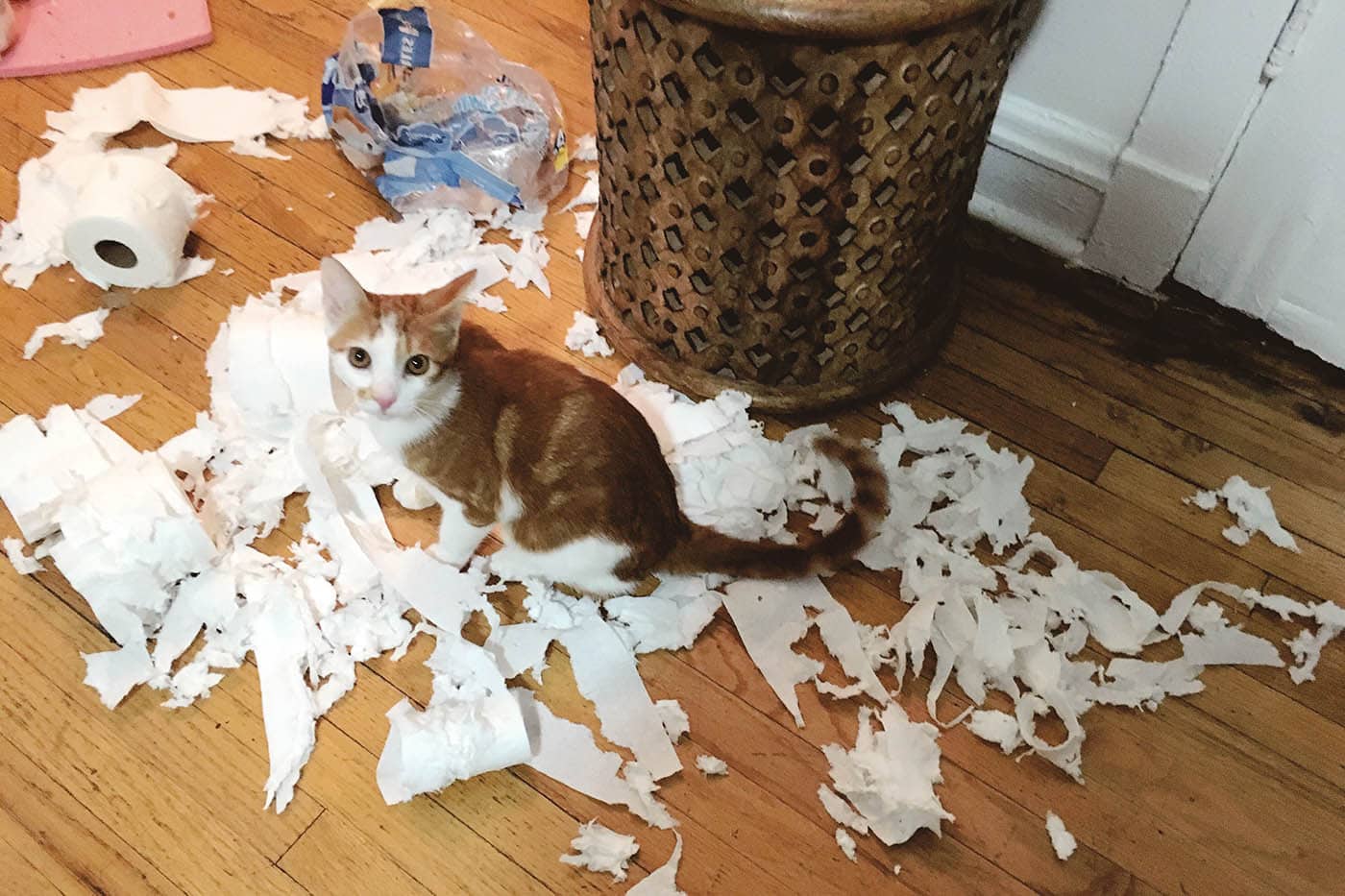 This is what I live with.

So, to circle back to the question, does the KonMari method actually work?

This is the first time in my life that I’ve actually felt tidy for more than a day.

So now I just have to finish sorting through those photo albums.

And then maybe take this method to my desk at work.

And the desktop of my laptop.

And the inside of my purse.

And everything else in my life that is a mess. 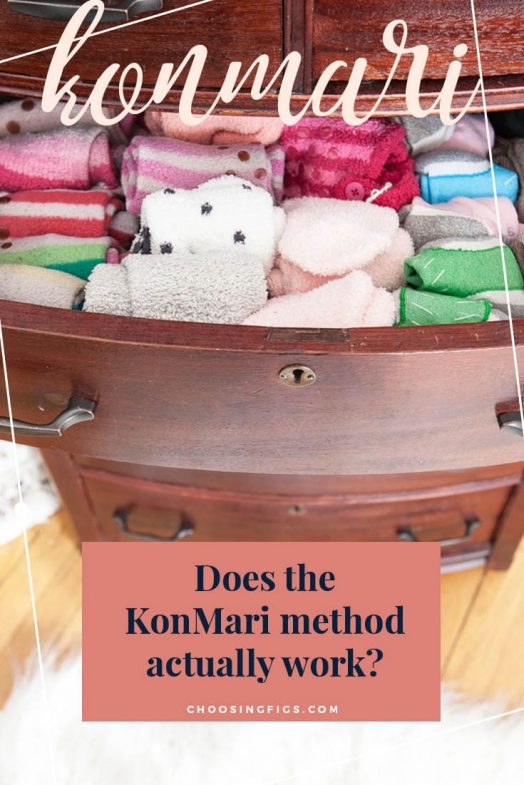 Does the KonMari method actually work? I check in two months after reading The Life Changing Magic of Tidying Up and organizing my apartment. 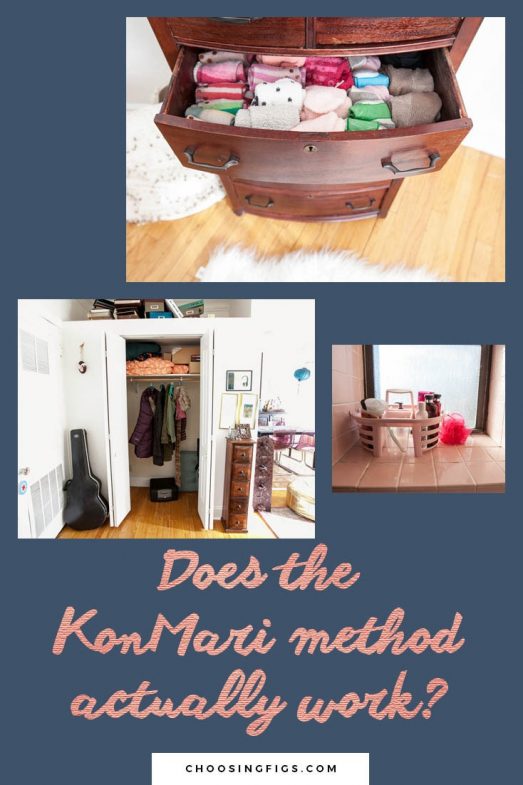 Does the KonMari method actually work? I check in two months after reading The Life Changing Magic of Tidying Up and organizing my apartment.

Follow:
Some things you should buy for me or for someone you actually know.

Some things you should buy for me or for someone you actually know.