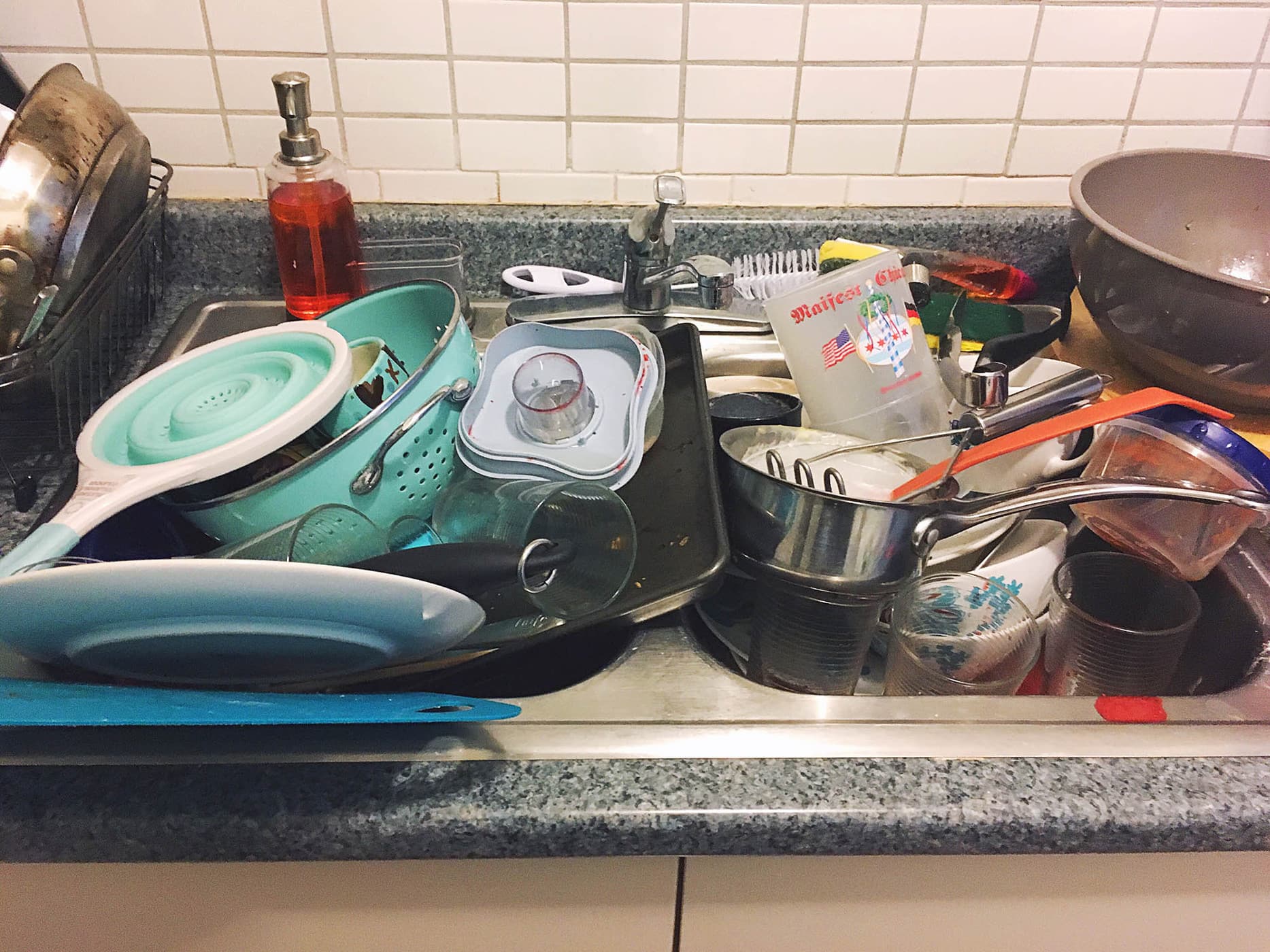 Home » Blog » relationships » I kind of never want to live with someone ever again.

I kind of never want to live with someone ever again.

I moved into my apartment last March, and have been living alone, happily, in this one bedroom place for a year. The fact that it’s been an entire twelve months is crazy to think about. In a lot of ways it doesn’t feel like I’ve lived here that long, but, thinking back to when I first moved in, I guess it really does.

I remember those first few weeks in my new apartment, when everything was so empty and everything was so new. Things I hadn’t seen in years came out of boxes, so many new things were acquired, and all those purchases I’d hoarded finally were stripped of packaging.

I lived for the entire first week with only a bed and a throw blanket that did not protect me from the Chicago winter cold.

I lived for the first month without internet, stealing a faint signal from a nearby Starbucks

And I lived for the first two months with nowhere to sit, awaiting the teal couch that took over eight weeks to arrive.

That first month I went to Target almost every day, picking up something new that I needed.

That first month I spent every night and every weekend unpacking boxes, putting things away, organizing, hanging art.

That first month I spent analyzing every noise, every creek, every crack, wondering if something would go wrong, if I had made a terrible misjudgment in picking this apartment.

But, here I am, a year later, and all my walls are still in one piece, nothing has flooded, and nothing has burned down. I’m settled in and all those new things are no longer new.

It wasn’t until two months ago that I finally finished putting everything away, finally took that last box out of the living room. I’m still not done decorating. I still have things tucked into a closet with no place to live. I still have wish lists full of things I’d like to buy, furniture that I still want. But that will all come in time.

This is the longest I’ve ever lived by myself. I did have my own apartment my senior year of college (I hadn’t planned to but, long story short, my roommate backed out last minute and I chose to stay there alone, not wanting to recruit a stranger) But I didn’t live there over breaks or the summer so I didn’t really live there a year.

Truth is, I love living alone. I really don’t want to live with anyone. Don’t get me wrong, I’ve loved my past roommates too. I’ve had great roommates. And, yeah, maybe I don’t want to be single and alone forever. But, there’s definitely something to be said for having your own place, your own space, and the freedom to do whatever you want in it with no one watching. I actually panic at the thought that, if, someday, I actually fall in love and a man actually wants to move in together or do something crazy like get married, I’m going to have to live with someone again. It’s a scary thought.

Sometimes I think that I kind of never want to live with someone ever again. Ever. But that’s just because there are so many benefits to living alone…

I never have to watch sports.

When I put on the Super Bowl a couple of weeks ago (after the Puppy Bowl obviously and, also obviously, only for the commercials) I realized something: I haven’t watched sports in nearly a year. I mean, sure, I’ve been in bars and restaurants where sports were playing in the background. And maybe I watch figure skating sometimes when there’s nothing new on Food Network. But I haven’t been forced into watching baseball or football or basketball in a year.

I guess I’ve just always lived with women who were really into sports, be it football or baseball or tennis or whatever else people play. So if I spent a weekend at home, chances are, sports would be on the television. Come to think of it, maybe that’s why I used to be more productive? Huh.

Funny thing is though that I’ve never had a boyfriend who was into sports. So I guess I somehow attract women who love it and men who don’t? I guess I can live with that. As long as I don’t ever have to live with that again. 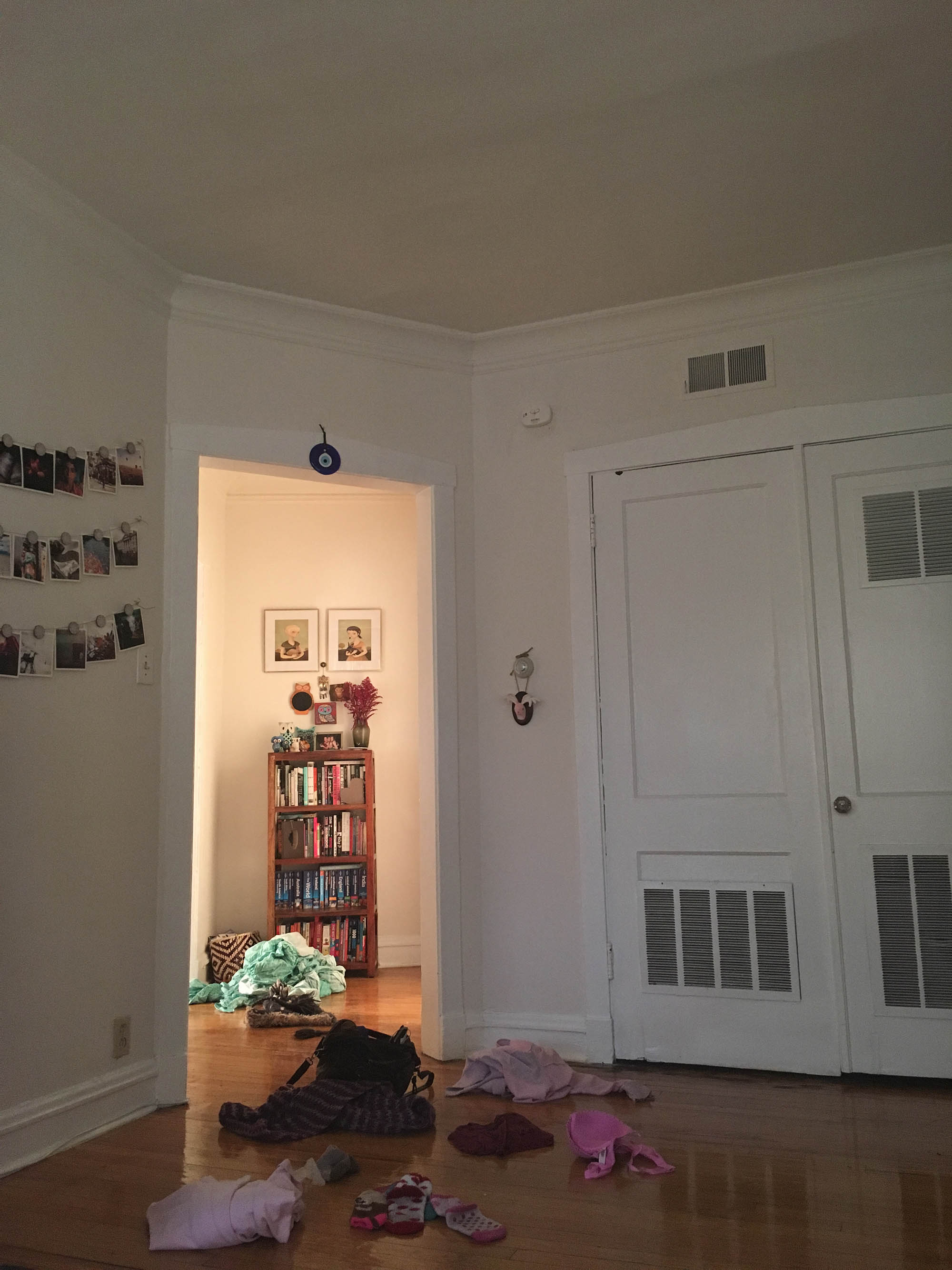 There’s usually laundry all over the floors.

I can decorate any way I want.

(Can you tell I’m a totally selfish youngest child?)

Living alone, though, I don’t have to worry about that. I can decorate my place in all the aqua and pink I want and no one can tell me not to. And I can buy a piece of furniture or a pillow or a Spiralizer on a whim and not have to check in with someone else or think about what they will think about it.

(I totally just bought a Spiralizer.)

There was once a TV show called Merge starring Lisa Rinna where she took a man and a woman with totally different styles and “merged” them together. Or, at least a real designer did while she sat around and watched. If I ever got married I think I’d need that show, which apparently went off the air over ten years ago, to come back and help me. (How do I remember these things?) (p.s. I just took a break from working on this post to watch 3 episodes on YouTube…) 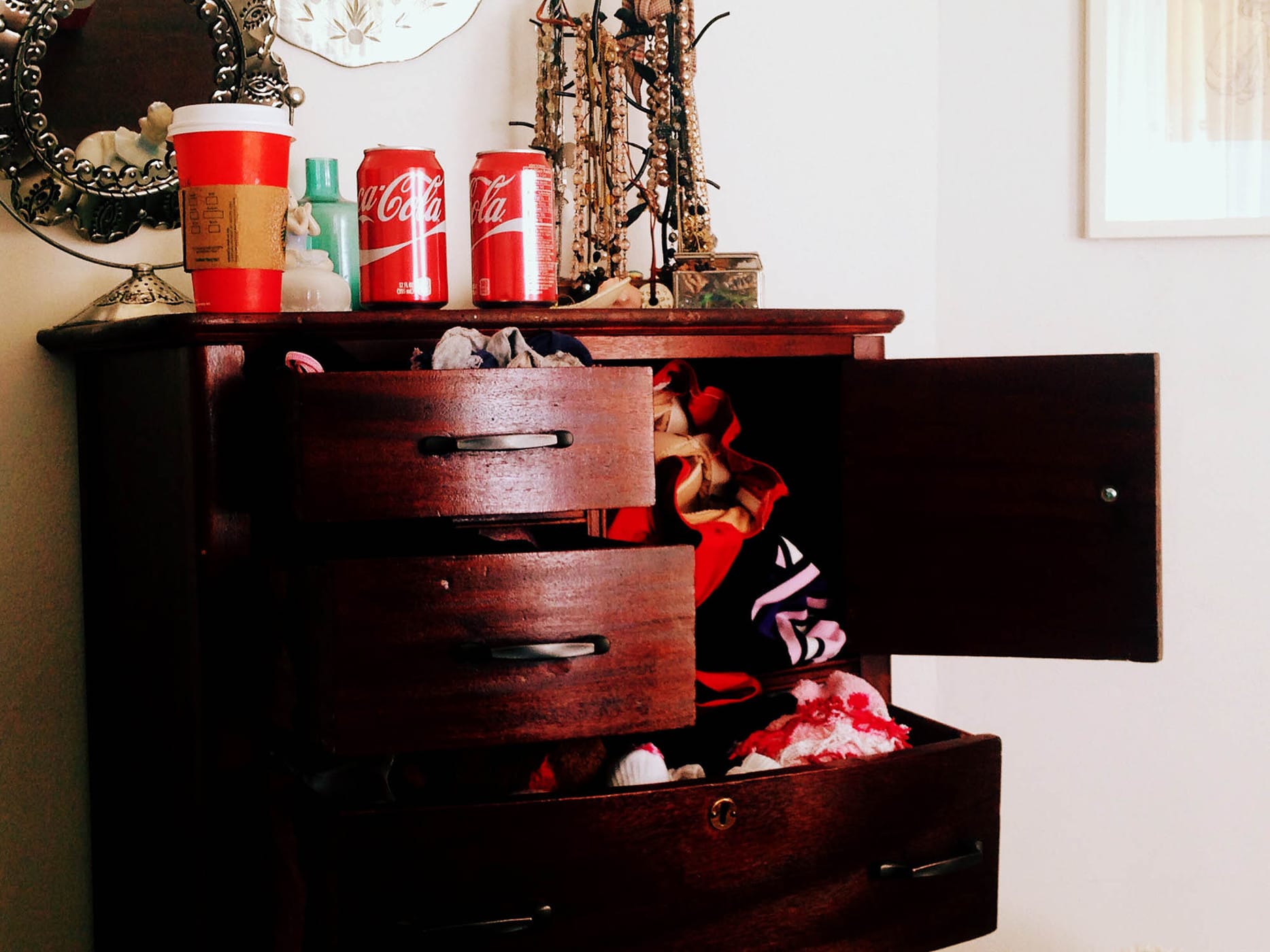 I tend to have Coke cans and Starbucks cups all over the place.

I can run through my apartment with my pants around my ankles.

Not going to lie: usually by the time I get home from wherever I was I have to pee so bad that I run through the hall with my pants around my ankles hoping to make it to the toilet on time.

No one needs to see that.

I also never have to close the bathroom door. Just sayin.

I can get a good night’s sleep.

This has nothing to do with roommates, but it applies if I were to move in with a boyfriend. I don’t think I’ve ever been comfortable sleeping next to someone. I get too self conscious that I’m moving too much or that my stomach’s grumbling or that I’m going to snore. I suffocate. I get really hot and then really cold and adjust the pillows a million times and take the blanket off and put it back on and switch positions ten million times. I just can’t sleep well next to someone. I suppose if, maybe, I was in a long term relationship and not just sleeping next to random men randomly I’d get more used to it. Maybe? Hopefully? Can I at least get a separate bedroom?

I can come home and decompress.

After a long day of work I often don’t want to deal to anyone. I mean, I’ve run down the train platform in the opposite direction that I want to avoid seeing a coworker on the train after work before. I just want to be alone. And I like to come home and be by myself for a while. The problem with living with someone is often when you get home they want to talk. And they want to talk as soon as you walk through the door. And sometimes it’s OK but sometimes I just fall into a daze where I’m staring at them and can’t even understand what they’re saying because my brain just can’t handle words. So I just nod my head over and over until I can break free and lock myself in my bedroom for a few to decompress. But living alone? There’s no one here to talk to me when I get home and I can decompress all night long.

I don’t have to answer to anyone.

OK…so maybe I’ve gotten a little too comfortable living alone. And, sure, there are good things about living with people too. I guess. Probably. But having my own apartment is something I longed for for a long while and it’s been a good year. And I’m happy alone here. 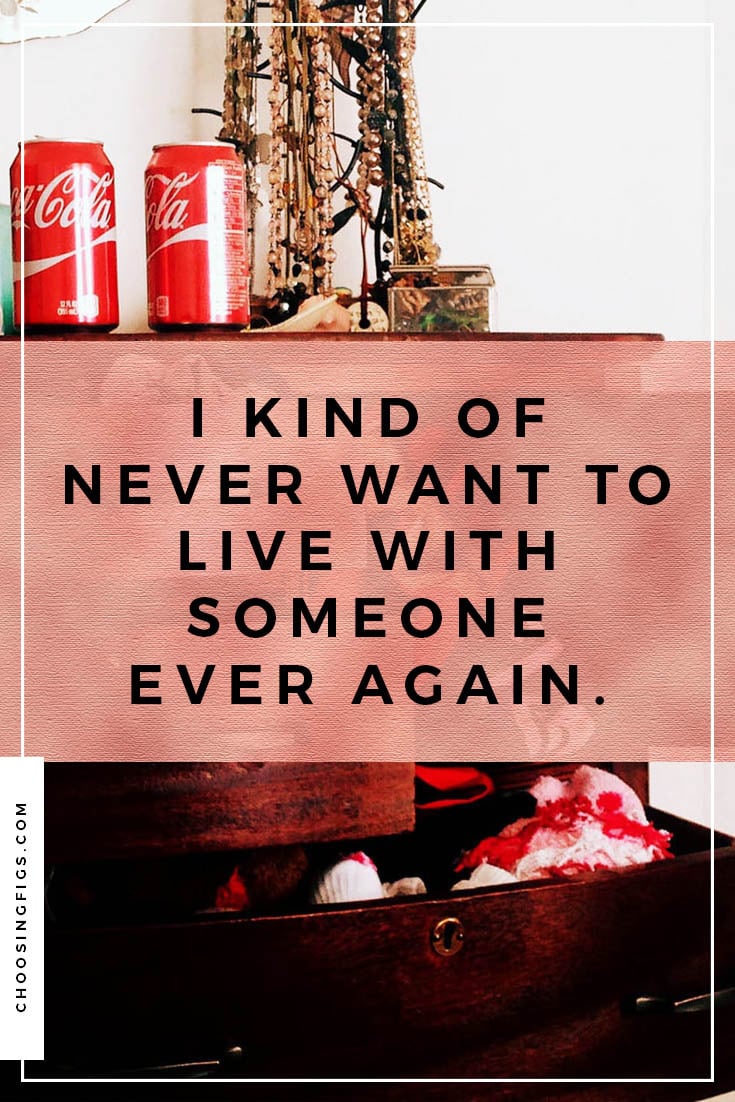 in Apartment, relationships
by Val Bromann

Follow:
And the everyday turned solitary, so we came to February

And the everyday turned solitary, so we came to February