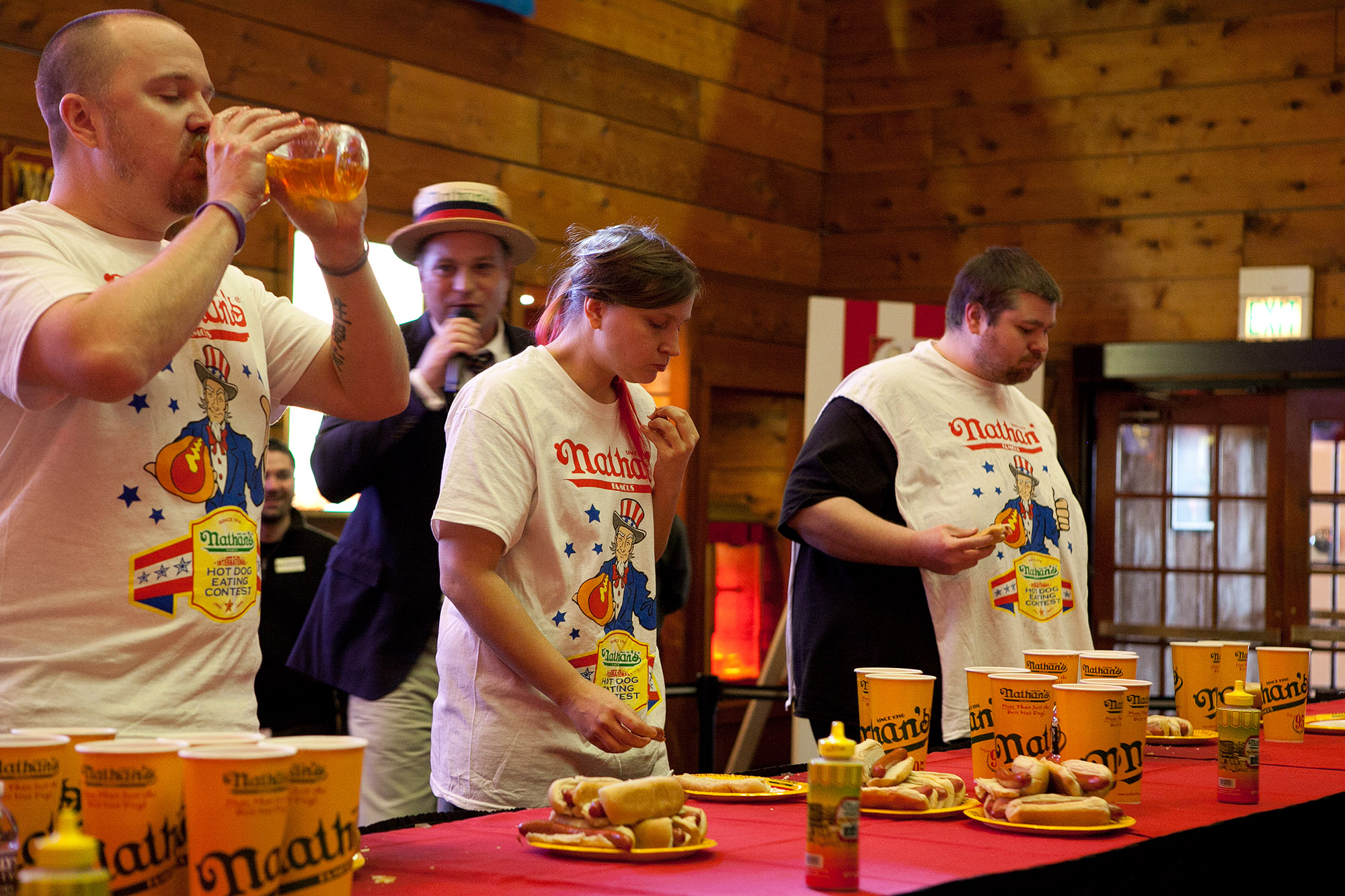 Since her first live contest experience in 2007 she’s watched and photographed over 20 professional eating contests. She flew to New York four years in a row for the Nathan’s Fourth of July Hot Dog Eating Contest. Three years in a row, she drove to Chattanooga, Tennessee, to watch an eight-minute hamburger eating contest: once doing the entire 10-hour round-trip journey in under 36 hours, driving all through the night, by herself, to get there. She even watched two wonton eating contests on the other side of the world, in Bangkok, Thailand.

In April 2011 Val Bromann stepped behind the plate to make her eating debut in the World Cupcake Eating Championship. Though she came in last place, her determination brought her back. In December 2013 this pink-haired eater competed in a qualifier for the 2014 Nathan’s Famous hot dog eating contest and won the women’s division (by default: she was the only female) and earned a place to compete this Fourth of July at Coney Island.