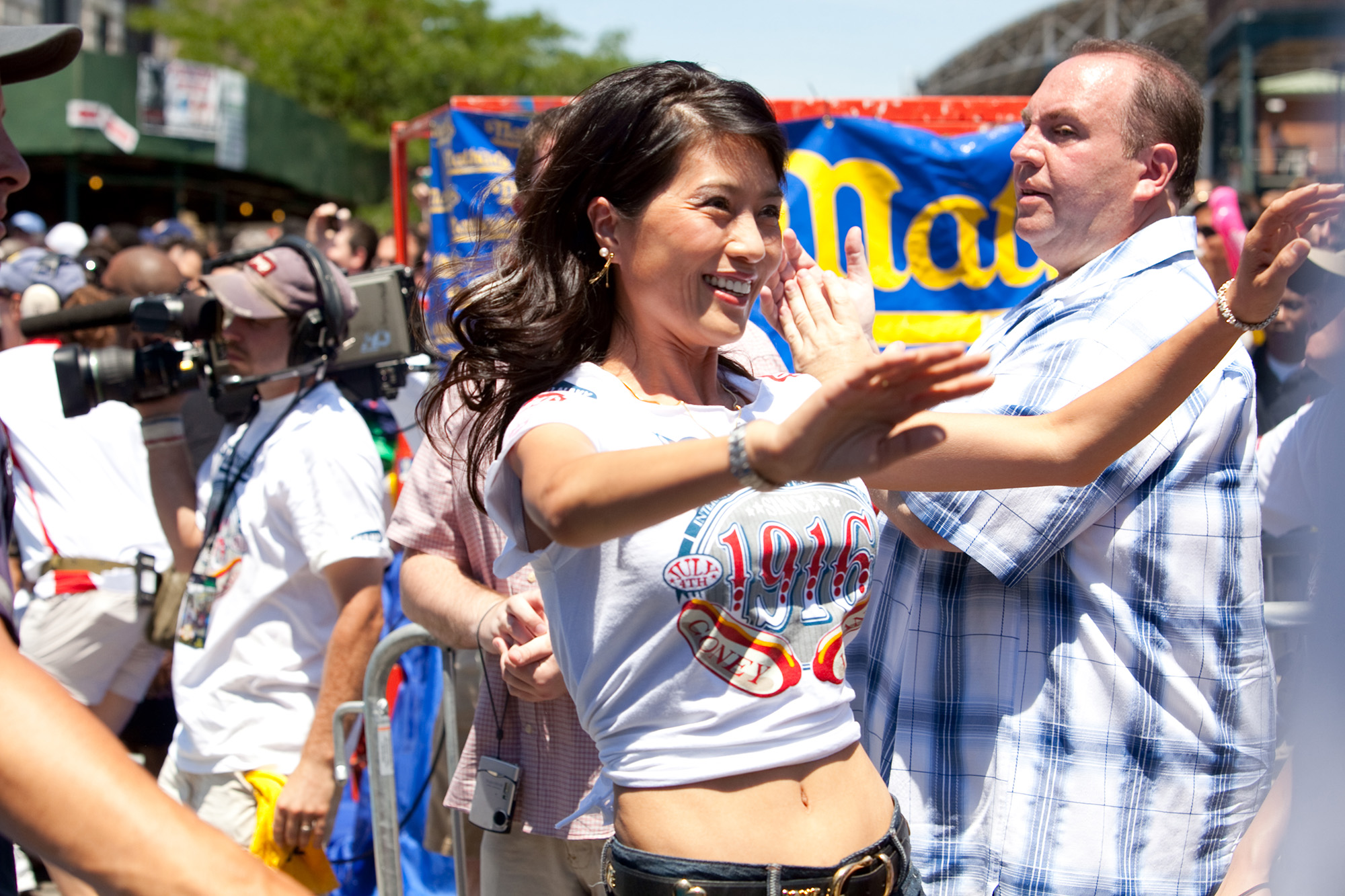 “The Lovely” Juliet Lee has been eating professionally since December 2006. 2014 will mark her eighth appearance at the Nathan’s Famous Fourth of July hot dog eating contest. Although she now competes in the women’s hot dog eating contest, for years she held her own against the boys. Since the competition split into divisions for men and women in 2011, Juliet Lee has consistently held the second place title.

While Juliet is an impressive competitive eater, after three years in second place, her strong hold on the runner-up position is in jeopardy for 2014. The women’s field is getting stronger and fiercer so she’ll have to eat faster than ever to hold on to her laurels.