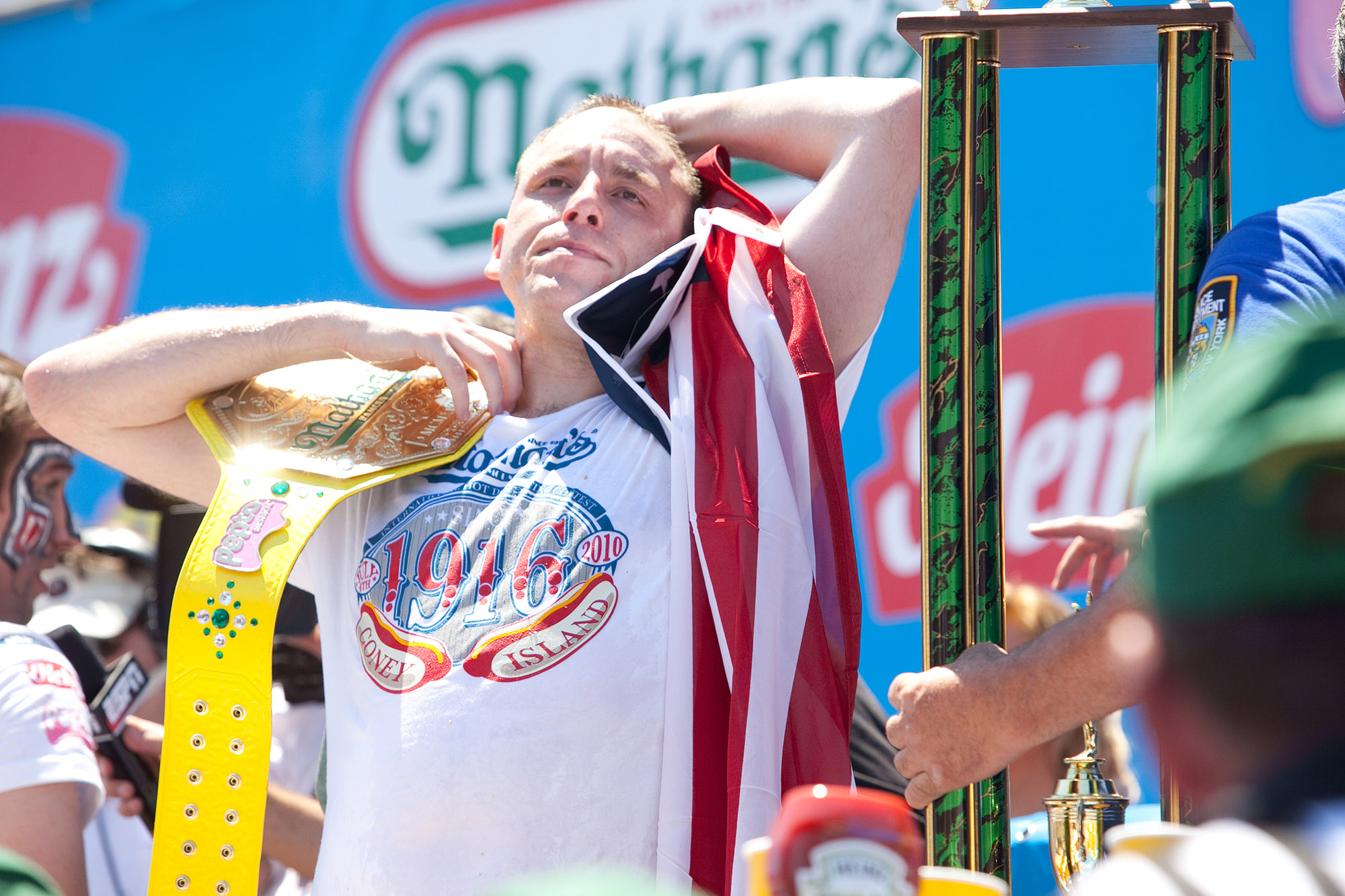 All eyes will be on Joey Chestnut, the number one ranked competitive eater, this Fourth of July. As the seven-time reigning champion of hot dog eating, he is the one to beat. Last year Chestnut ate an astonishing 69 hot dogs in the ten minute competition, breaking the previous world record.

Joey Chestnut has been a professional competitive eater since 2005 when, as a freshman on the scene, he won rookie of the year. Though he came in third place at Nathan’s that year with 32 dogs (placing behind Takeru Kobayashi and Sonya Thomas), he took home titles in deep-fried asparagus and waffles. Ever since, he has continued to dominate and secured the number one ranking with the International Federation of Competitive Eating in 2007.

But, Joey Chestnut is not unbeatable. Recently Matt Stonie edged him out in both the 2014 Niko Niko’s World Gyro Eating Championship and Creek Indian Taco Eating Contest.

After seven years on top of the Nathan’s Famous Hot Dog Eating Contest, can Joey Chestnut secure an eighth victory? Or will this be the year someone else comes out on top? Will he break another record and eat into the 70s? There’s no telling what will happen at Surf and Stillwell this Fourth of July. But no matter what happens, you can expect an impressive performance from Joey Chestnut.