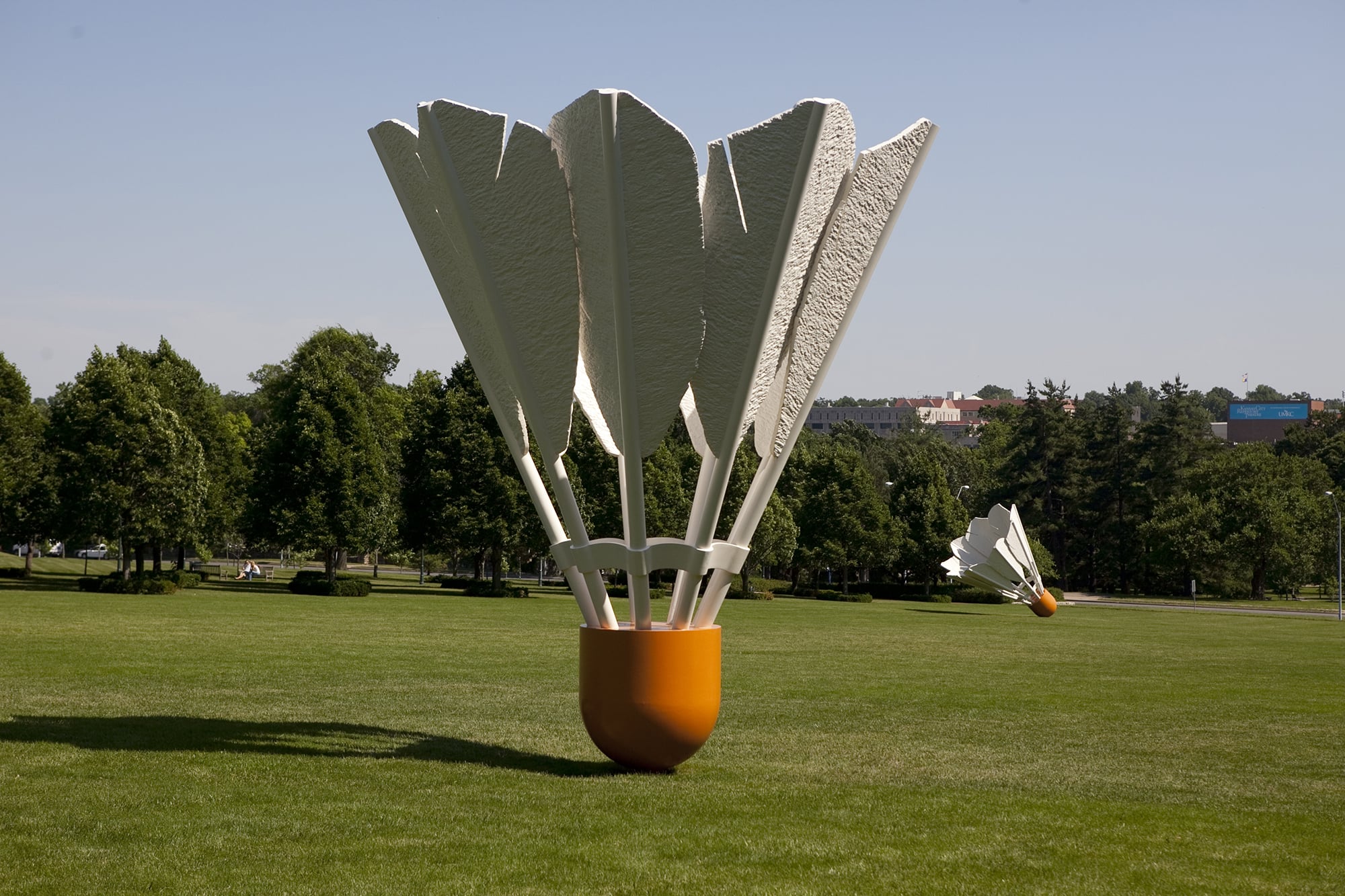 Home » Blog » United States » Missouri » Is there a contest out for worst song lyrics ever?

Is there a contest out for worst song lyrics ever?

After the hot dog eating contest Brian and I hit the road for some more awesometacular adventures! We explored Kansas City (both in Missouri and Kansas) a bit, first hitting up the World’s Largest Soccer Ball! FYI, it’s on a creepy little road that if you go just a bit too far on seems to all of a sudden turn into an abandoned highway. That’s probably not what it is but it’s what it seems like. You’re all of a sudden on a bride overpass of the highway. Creepy, cool. After that we tried to stop at a Sinclair station for gas, but alas it was closed down. 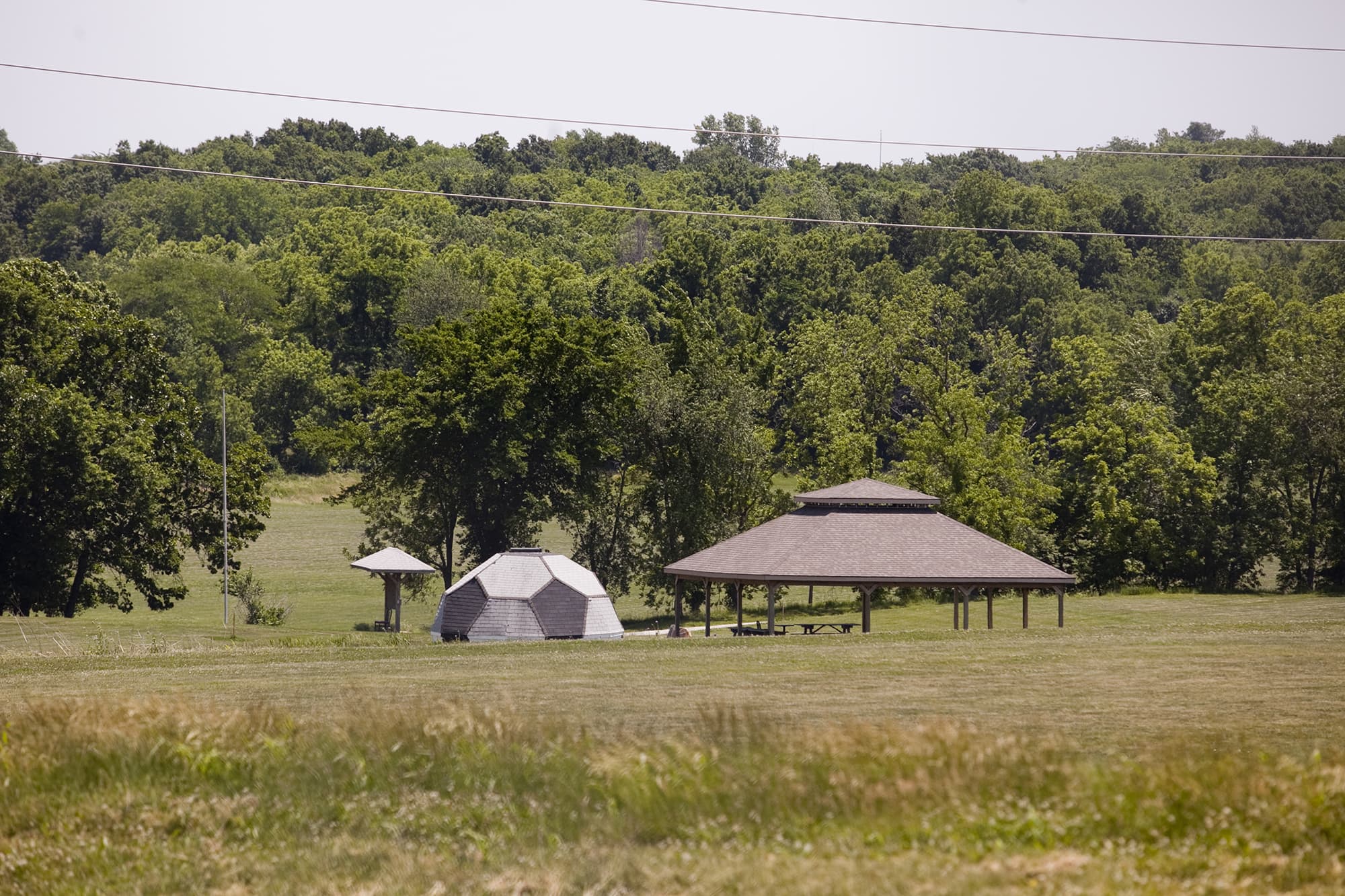 Next was the garment district where, just like in New York City, there was a giant needle and button! 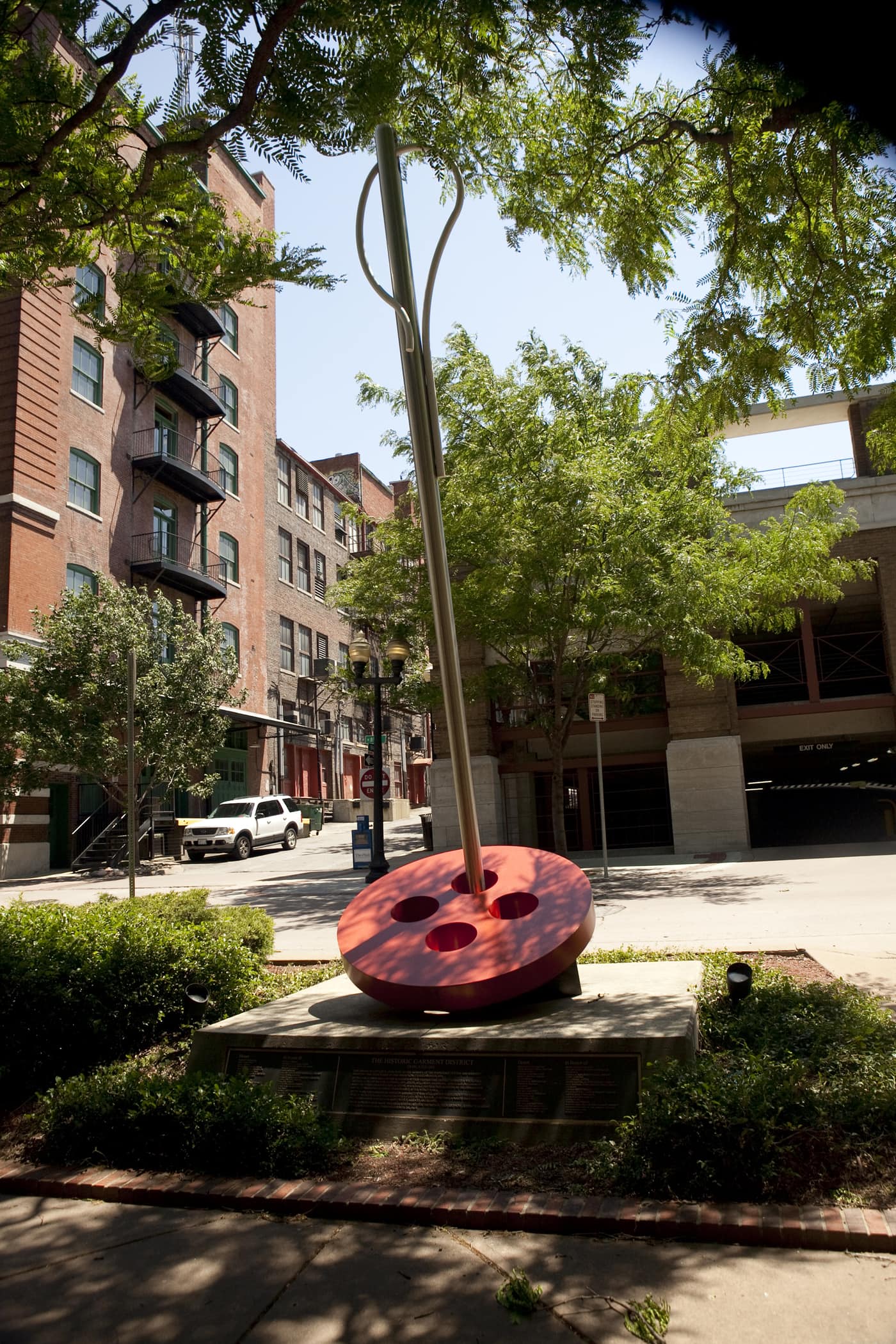 At this point I was getting hungry, and Brian was feeling good to eat again, so we stopped off at the Town Topic, another of the top picks from Hamburger America! It was a great little place and the ladies at the counter seemed kind of disgusted that Brian had just eaten in a hot dog eating contest and kind of happy that we said that we’d saved room for their burgers! The burger was delicious and you can never go wrong with a place that serves tater tots! 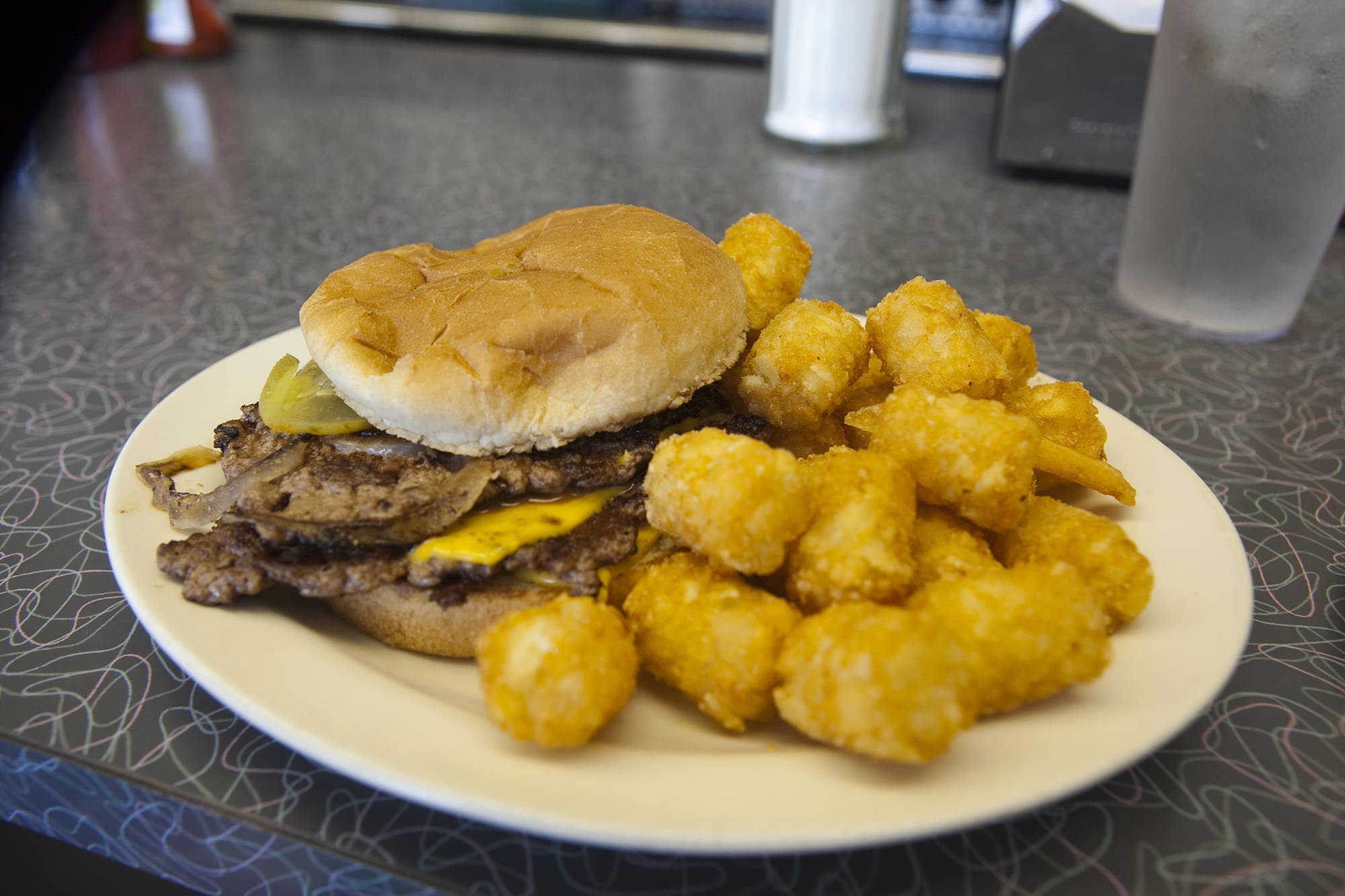 From there we found a giant old-fashioned Iron and headed off to find one of the coolest things EVER: The World’s Largest Shuttlecocks at the Nelson-Atkins Museum of Art! FYI, if you try to climb them an automated voice recording will tell you not to. Not that we would ever ever do such a thing. 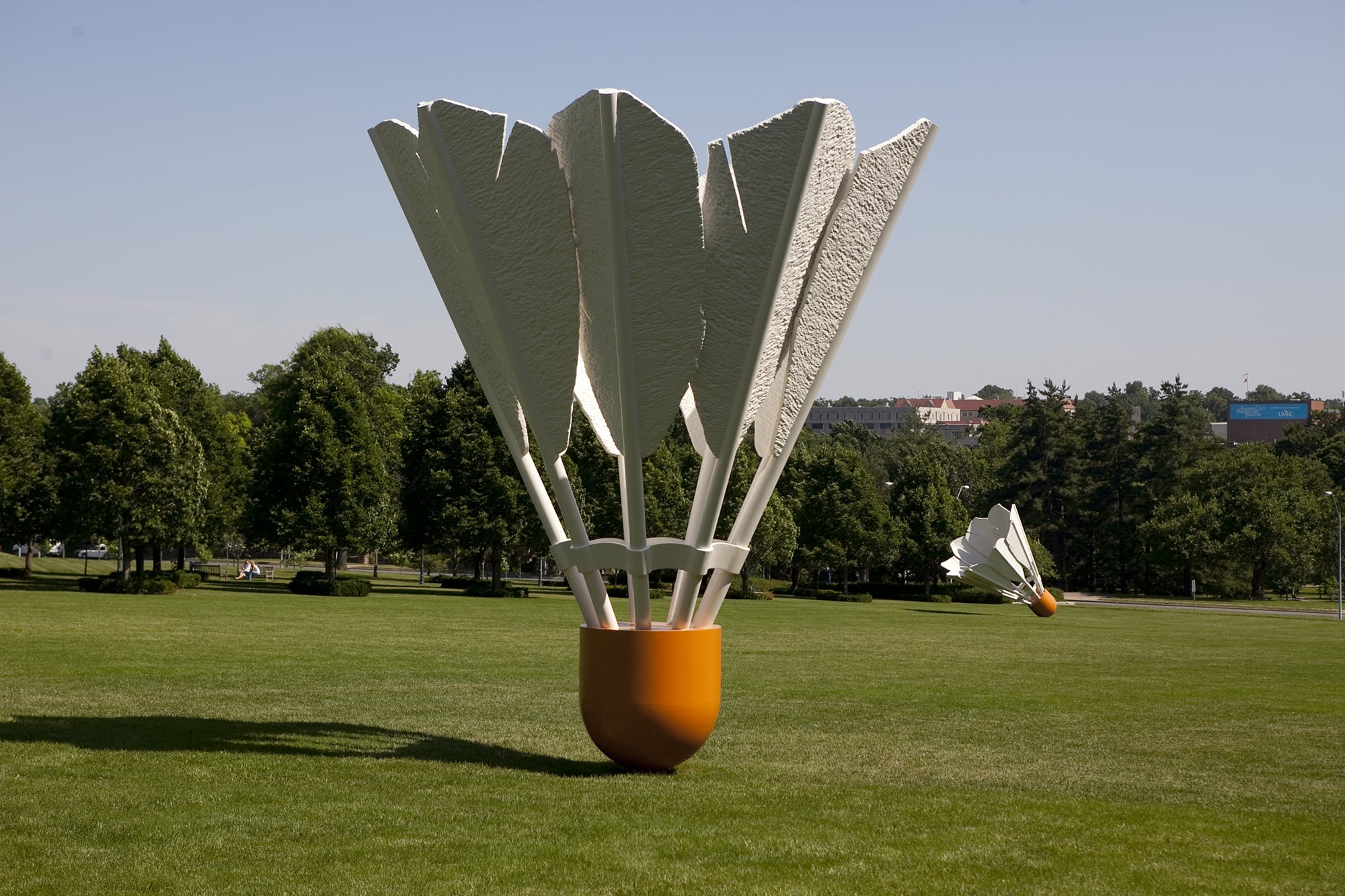 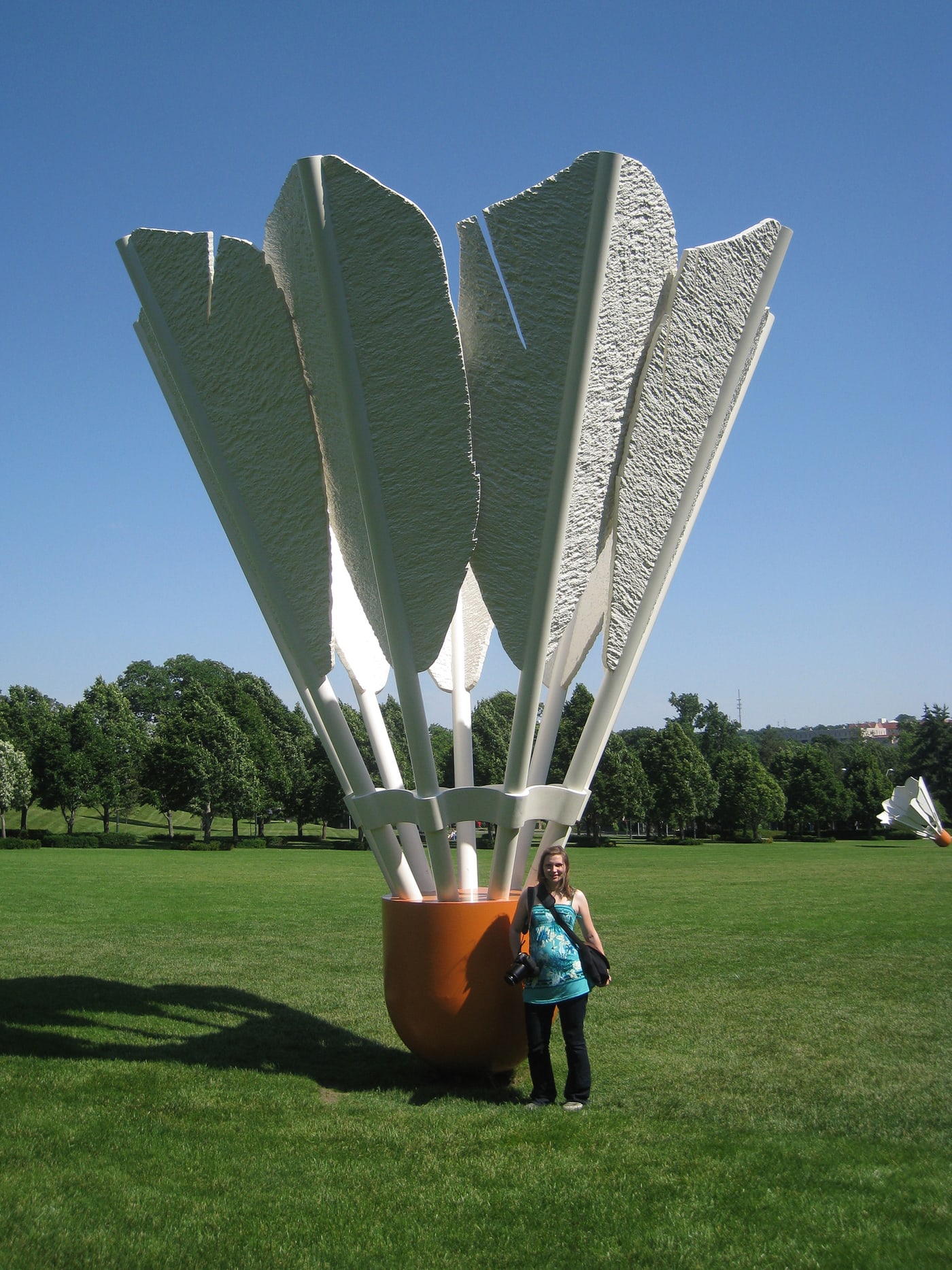 We then left Kansas City and made our way south to see the World’s Largest Coal Shovel. FYI, a coal shovel looks nothing like a, say, snow shovel. But it was huge and metal and very impressive! We found a giant mushroom, although it was on the opposite side of the road, and a miniature church that definitely wasn’t the smallest I’ve seen but was cute and small none the less and was situated in a park. 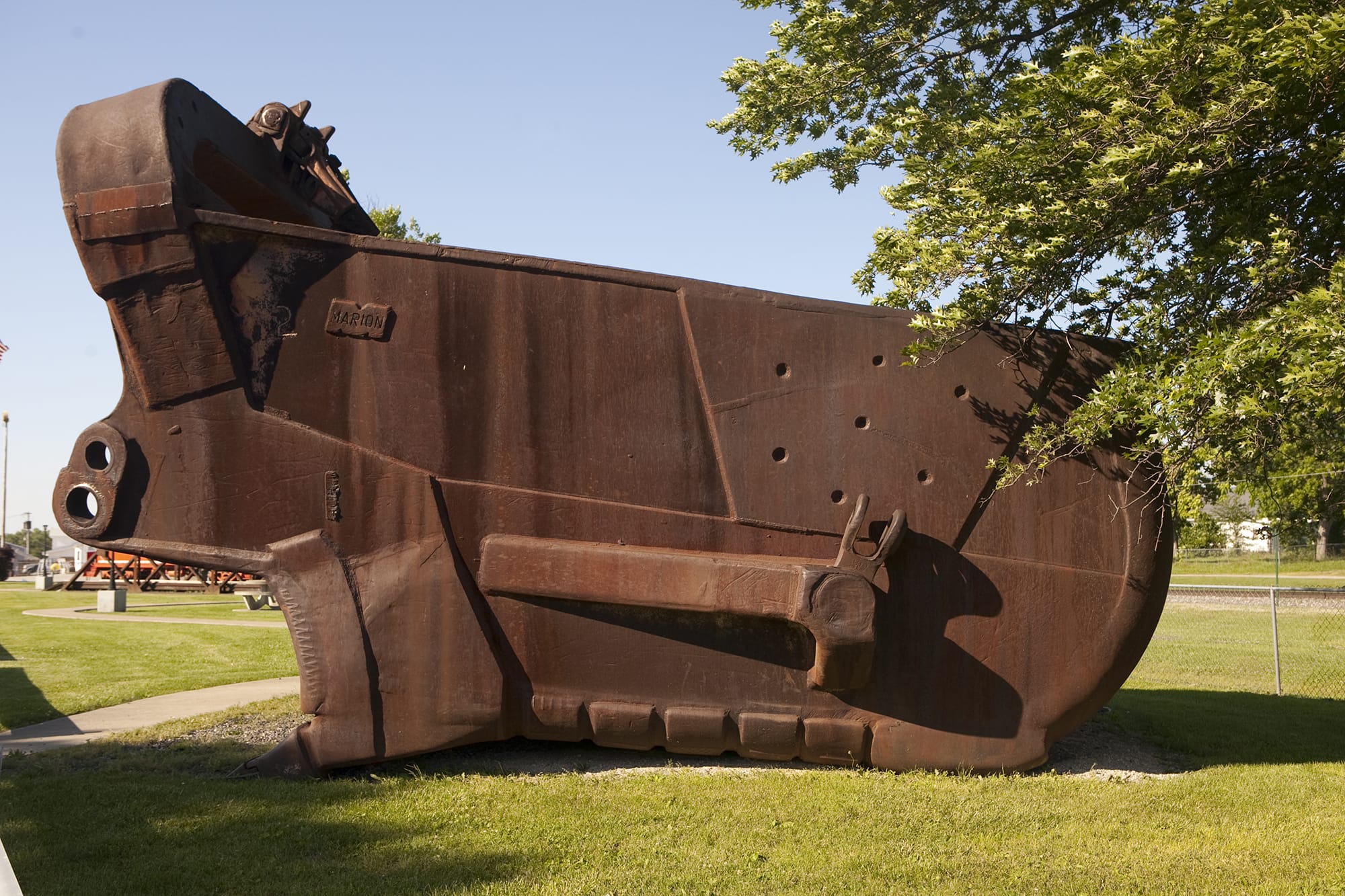 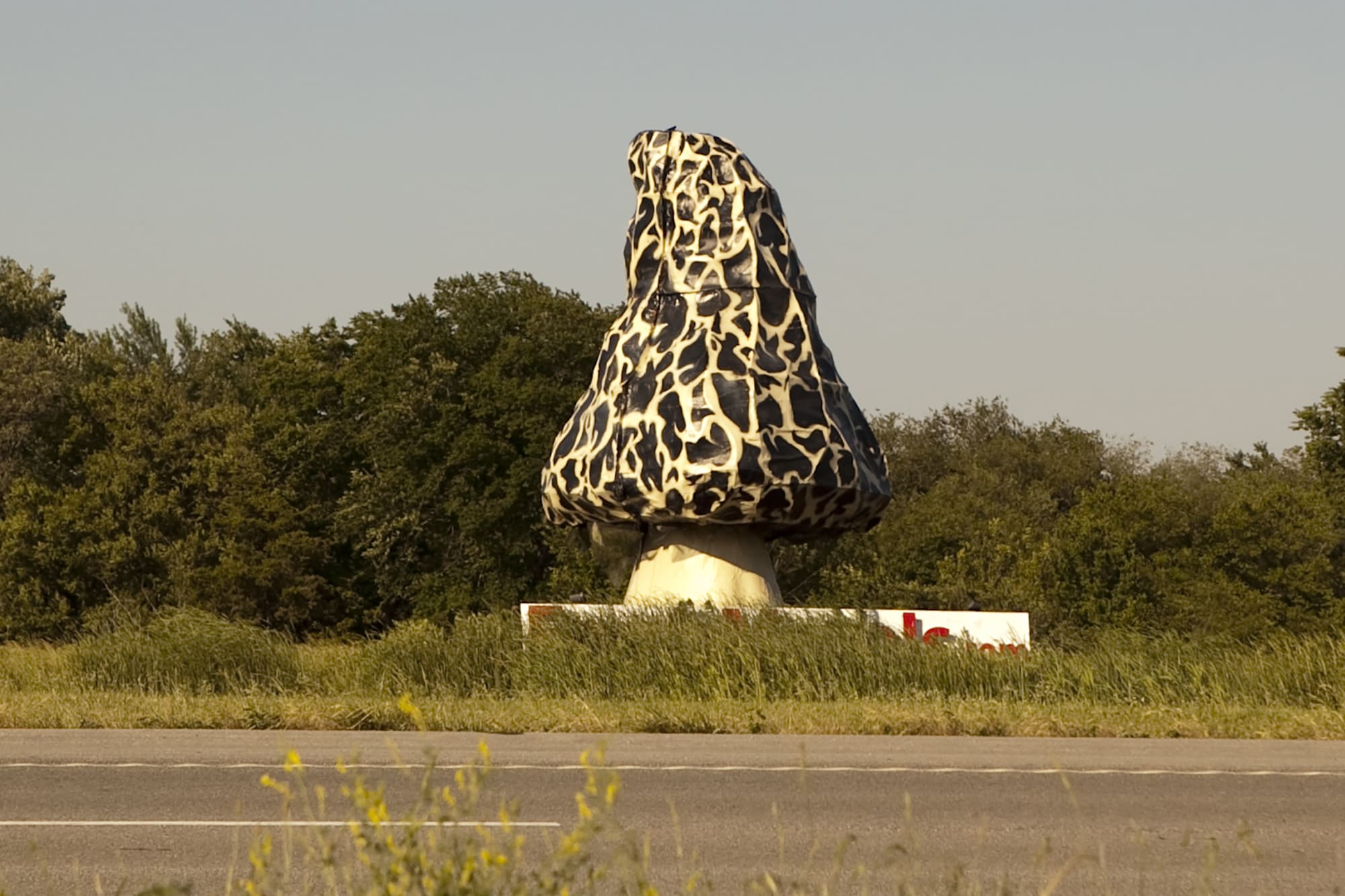 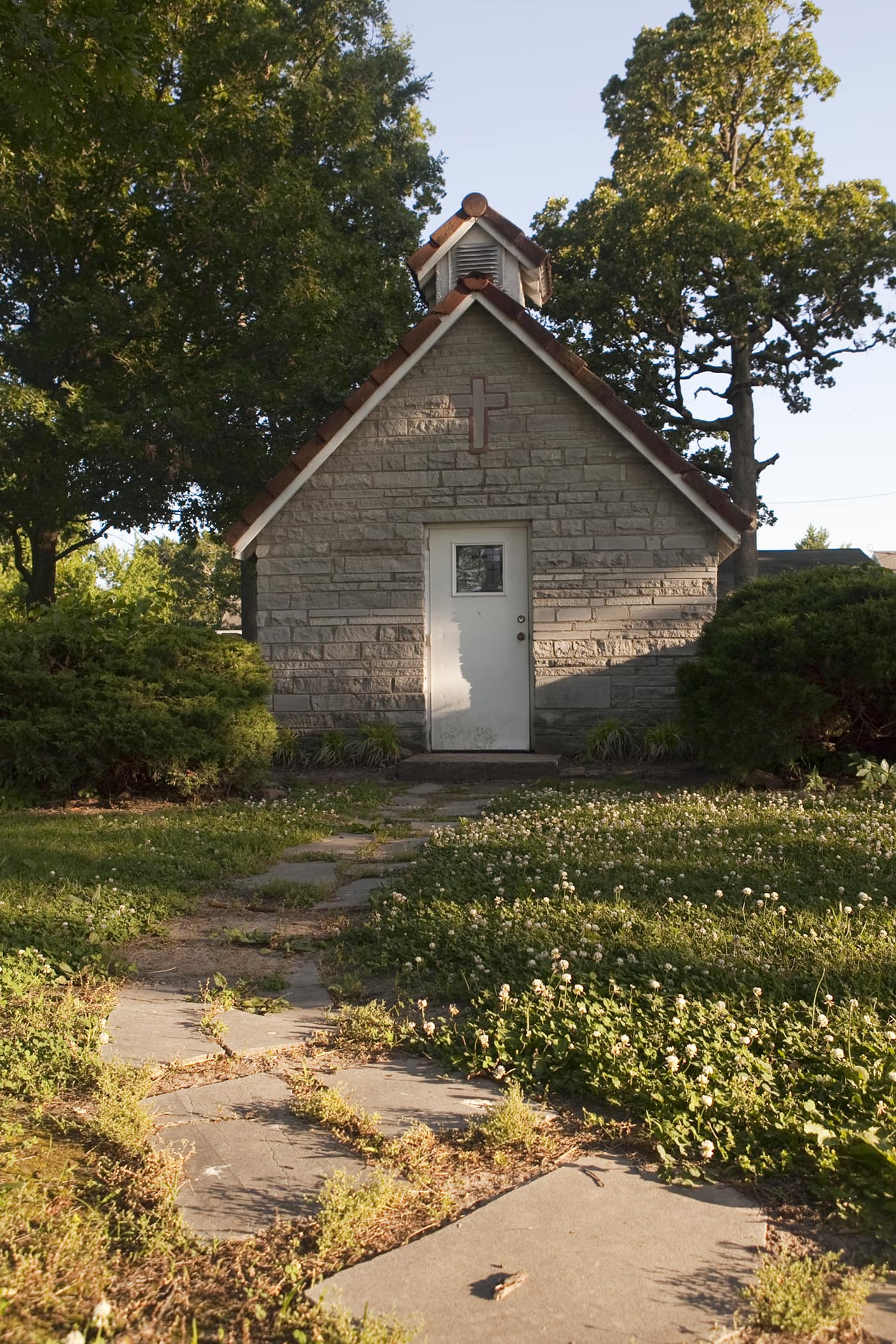 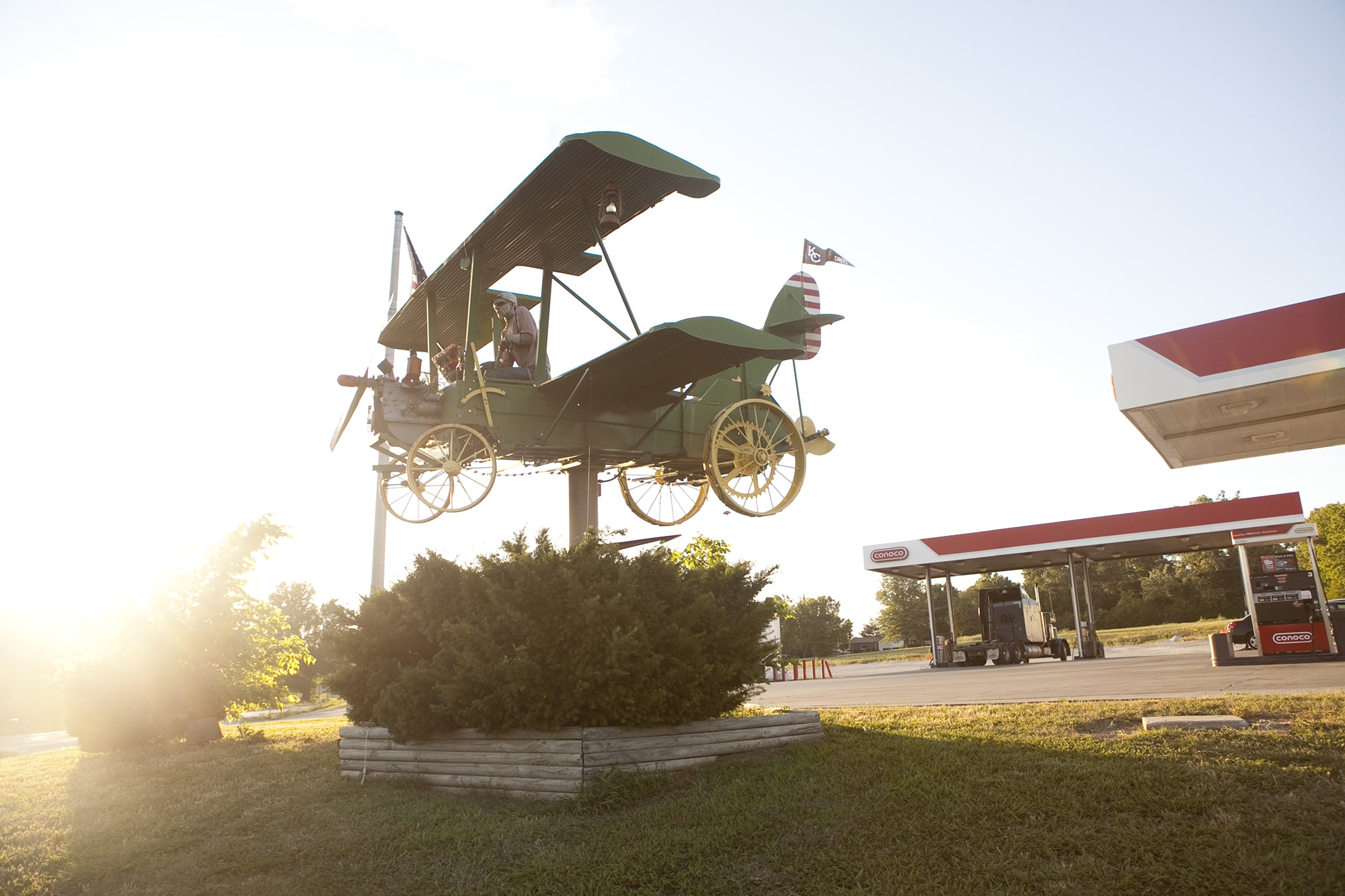 Then we stopped for a treat at a Superman museum that doubles as an ice cream parlor! I have to say it was pretty awesome. Not only was the ice cream delicious, and the “museum” spectacular, but the service and customers were polite and friendly. It felt like a real neighborhood haunt where everyone in the whole place will come together to chat! 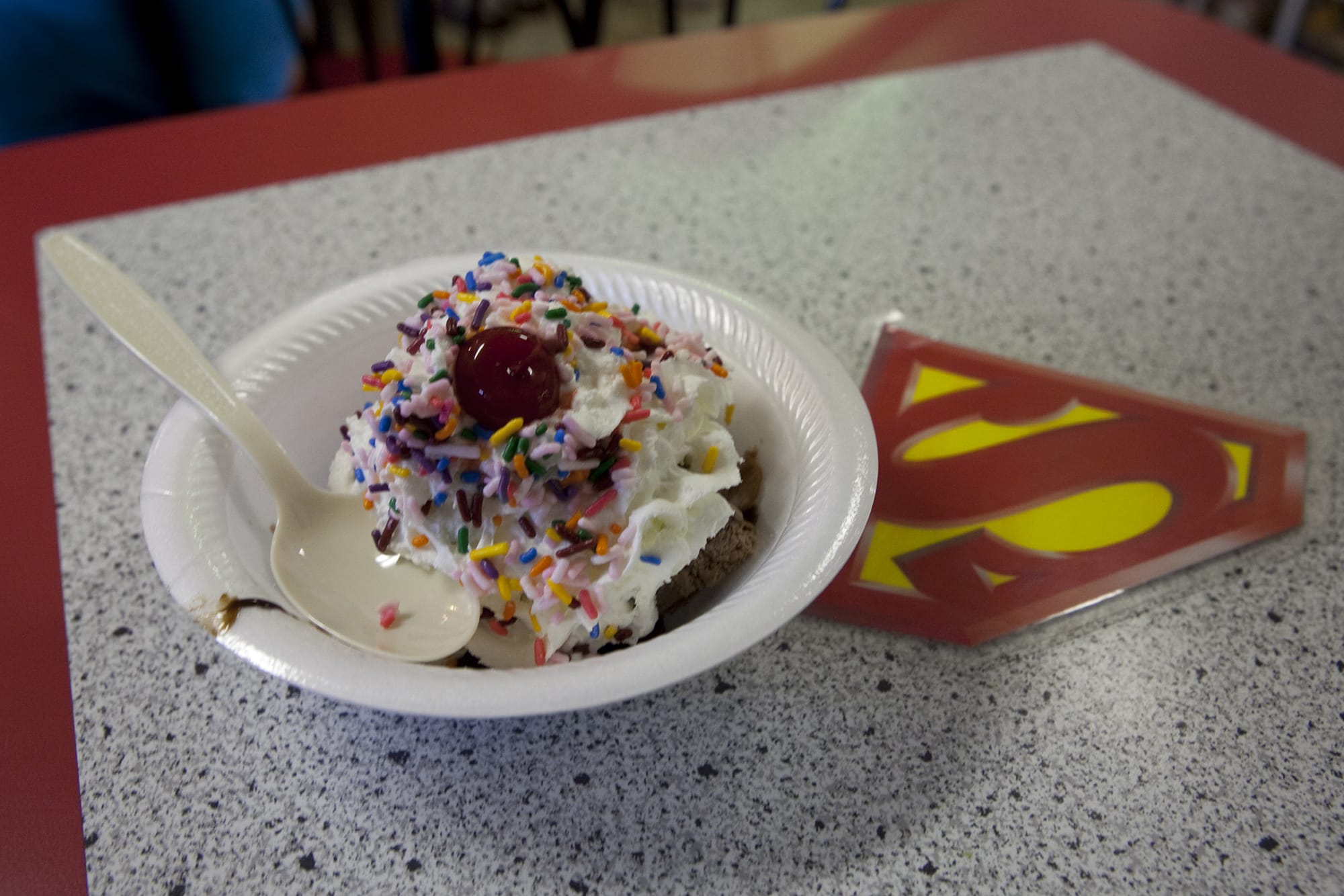 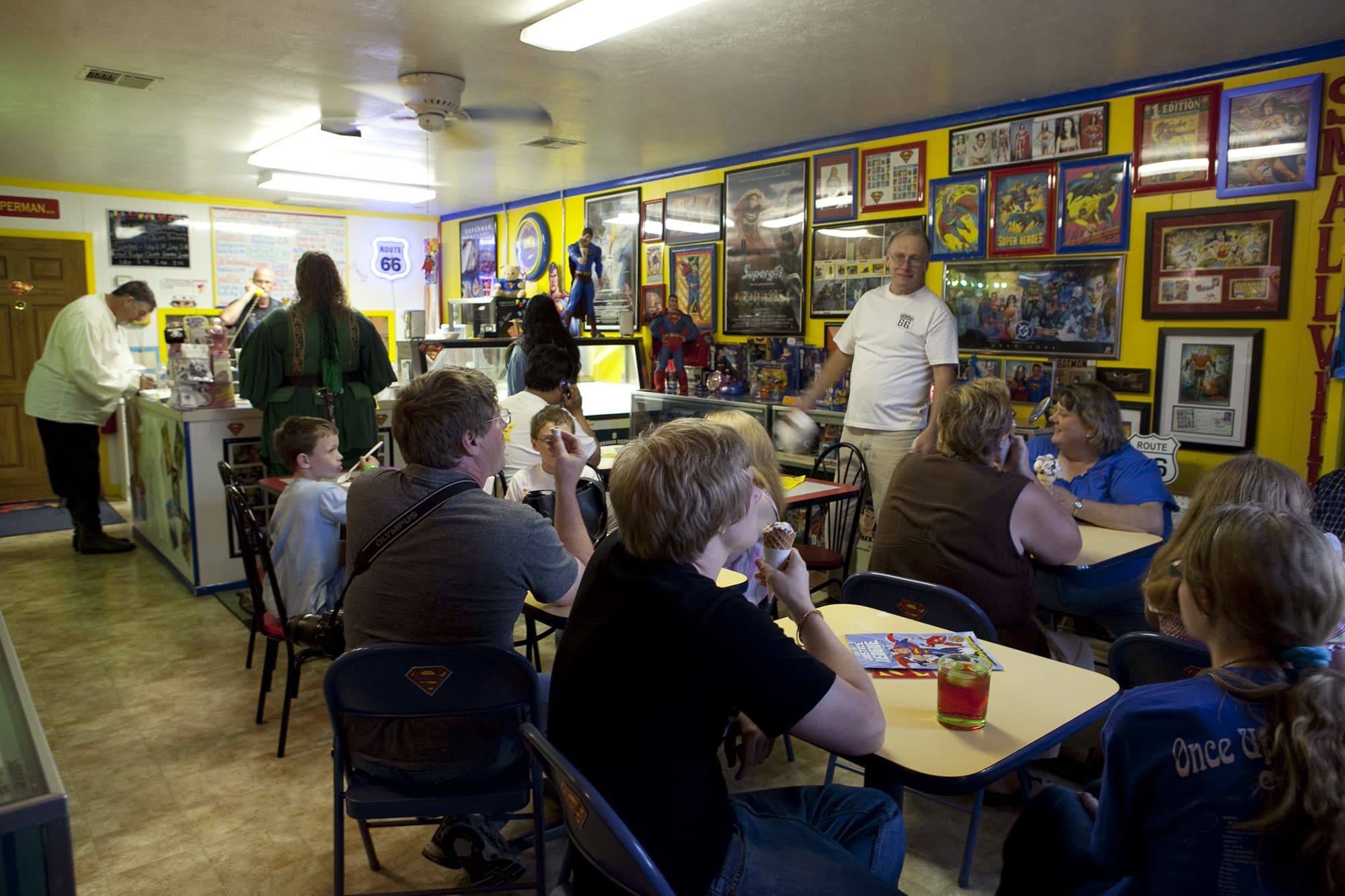 We next found our way to a pair of giant hands. FYI, there is a parking lot for it. FYI2 there is a staircase for it. FYI3 we found neither before parking on a side street and climbing up the side of the hill they live on. But they were giant and kind of cool. 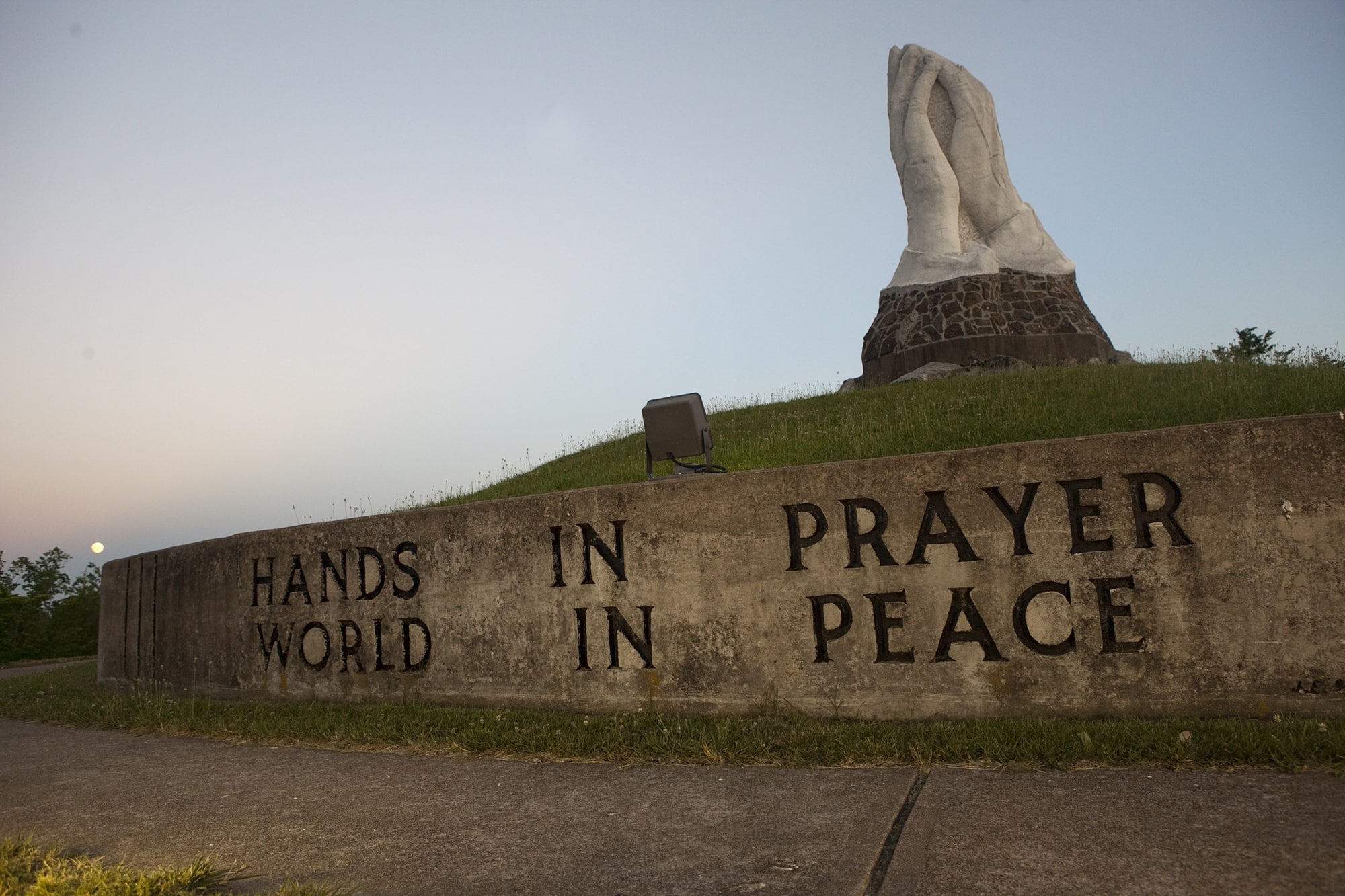 Finally we made our way in the dark down some gravel farm roads and found a tiny church behind a gate. And that may very well have been the smallest church I’ve ever seen. 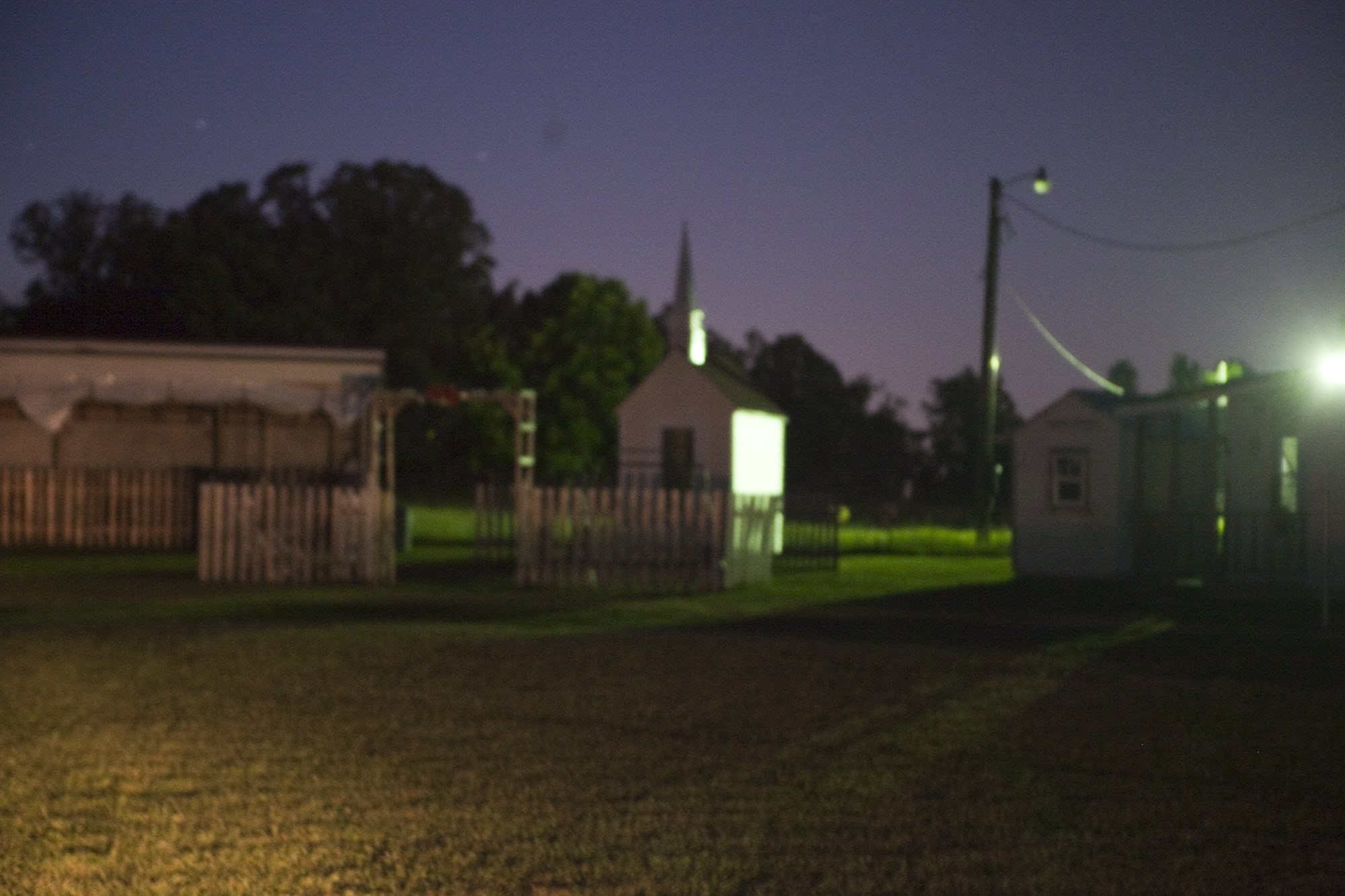 By then it was dark and a bit too late to continue for much longer, so we made our way to Springfield, Missouri, where there were apparently three conventions and therefore no hotel rooms but we managed to find a place to lay our heads for the night before finishing our Missouri road trip the next day. 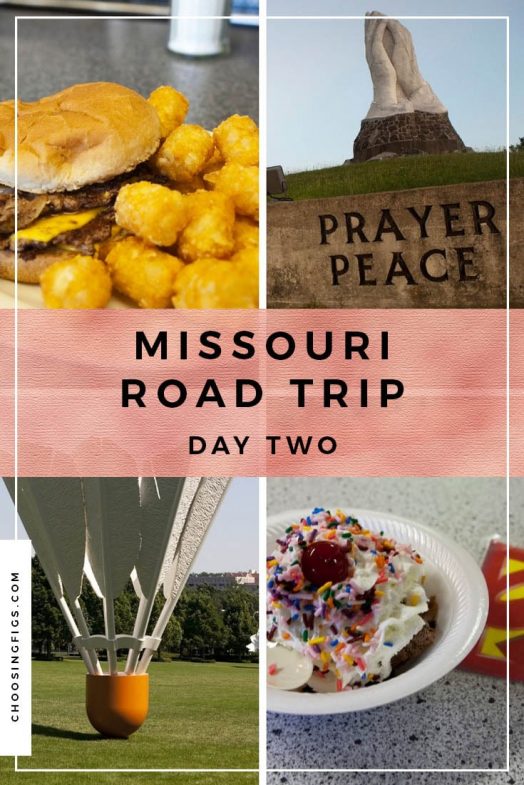 Is there a contest out for worst song lyrics ever? Missouri Road Trip: Day 2 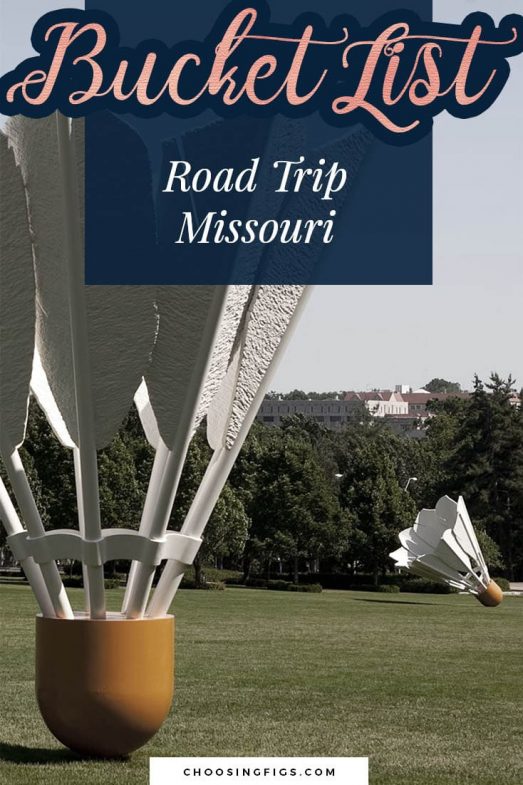 Follow:
The production values of a high school play.

A competitive eater is paying me to stay away from the pork rind eating contest.

Next post
A competitive eater is paying me to stay away from the pork rind eating contest.