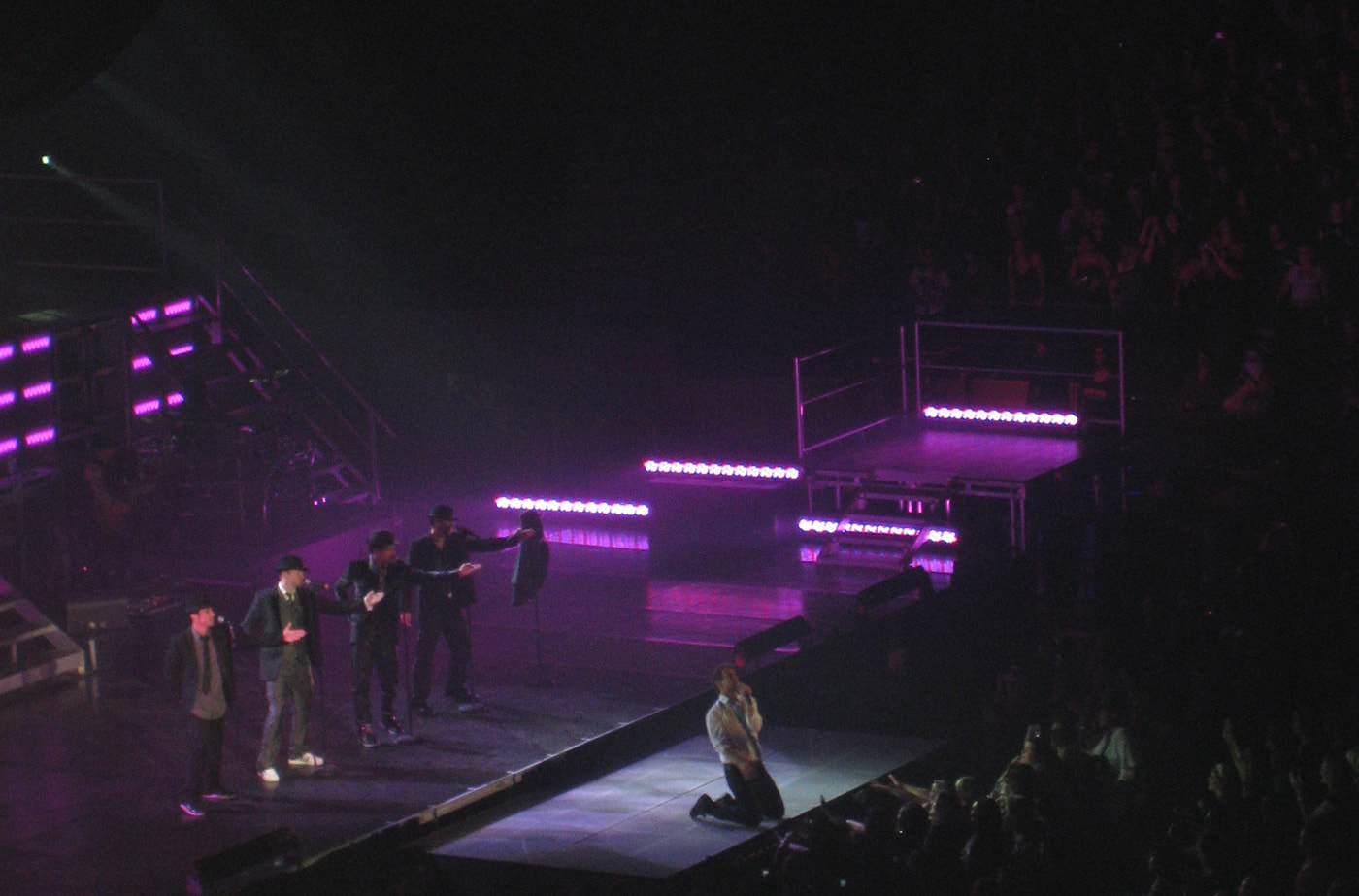 I’ll be loving you forever…

My horoscope for Saturday, October 4:

CAPRICORN (Dec. 22-Jan. 19): Remembering is sweet. Checking in with the past makes you feel secure in a strange way. And while you’re bringing up old memories, you may bring back some small part of who you used to be.

Last night may very well have been the most important and amazing night of my life thus far. You see, a long time ago I fell in love for the first time. He was my first crush, my first love, and a boy I was certain would ask me to marry him some day. He was the blue-eyed, curly-haired boy who jump-started my fixation with choosing the cute, funny boys over the “hot one” or the “bad boy.” For the last fifteen or so years he has been out of my life almost entirely, but last night he came back and I saw him in person for the first time ever…

His name was Joey McIntyre. 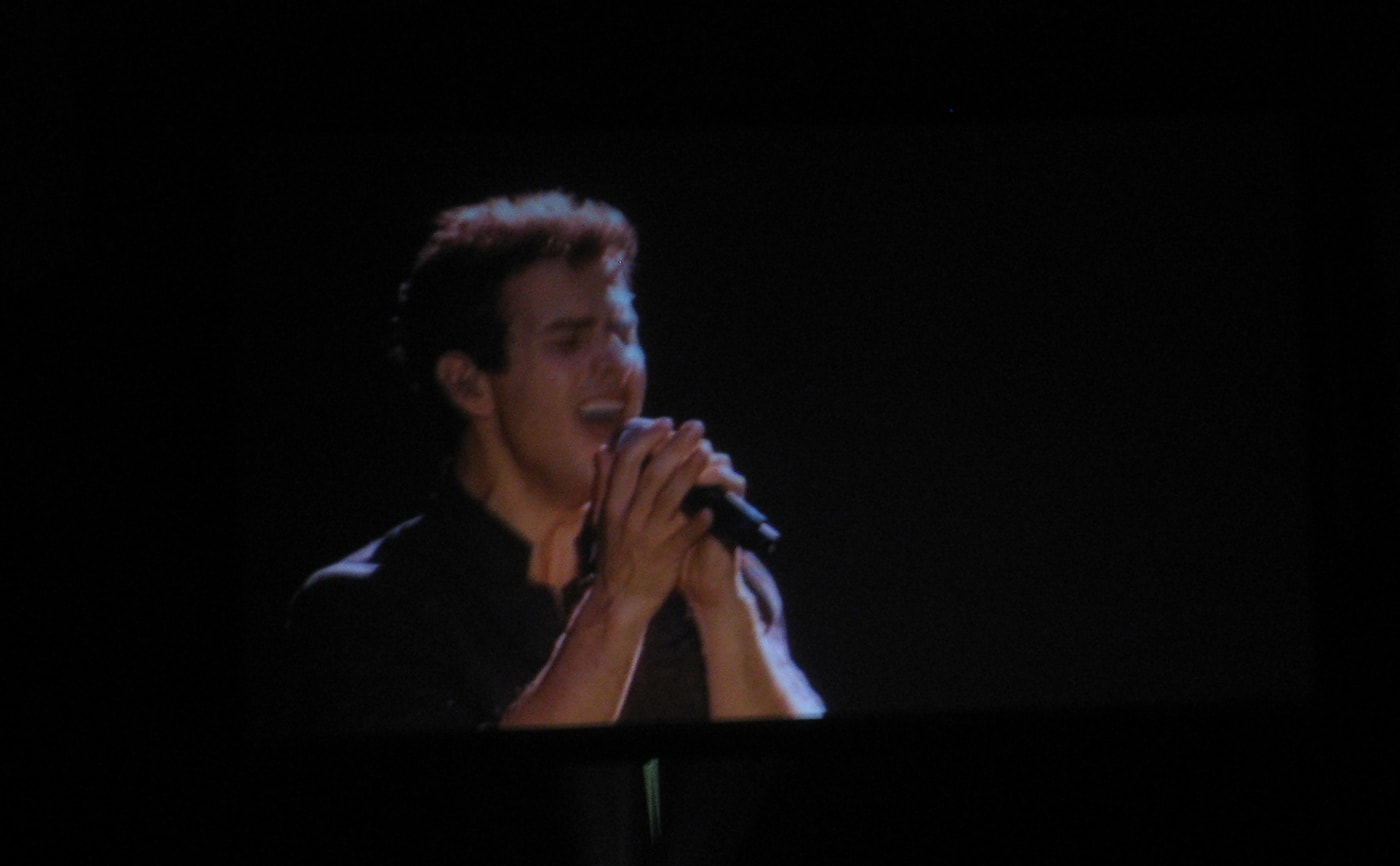 When I was maybe eight or nine, The New Kids on The Block came into my life with a vengeance. They were one of those groups that you either loved or hated and back then we picked out the New Kid to crush on like we now do with a Sex and The City character to relate to. While you liked them all as a group, there had to be that one that you dreamed of and bought t-shirts for and giant buttons of that you could pin to your backpack or put up on your dresser like a frame.

I was a Joey girl. He was the youngest member of the band, the cutest (in my opinion), the fun one. He’d wear a hat with the top cut out of it, a leather jacket with a smiley face on the back of it and the band itself was my first rebellion against the rest of my family’s preference towards what my eight year old self could only describe as elevator music.

Of course, like many girls I went through the stages. At age nine I was in love with Joey and NKOTB but by age eleven I was done with them. Love turned to hate and hate to denial and my affections shifted from Joey McIntyre to Zack Morris of Saved by the Bell (NOT Mark Paul Gosselaar mind you, Zack Morris). In grade school as part of a play about heroes “Hangin Tough” was part of the score and we all reluctantly sang it and refused to dance to it. Later though that hate turned back into love and love turned to nostalgia as we anxiously awaited their solo efforts and were crushed when VH1’s Bands Reunited failed to reunite them all. We waited, hoping upon hope that someday the New Kids would put everything aside and come back together and bubblegum rock once again.

And tonight, tonight was the night. 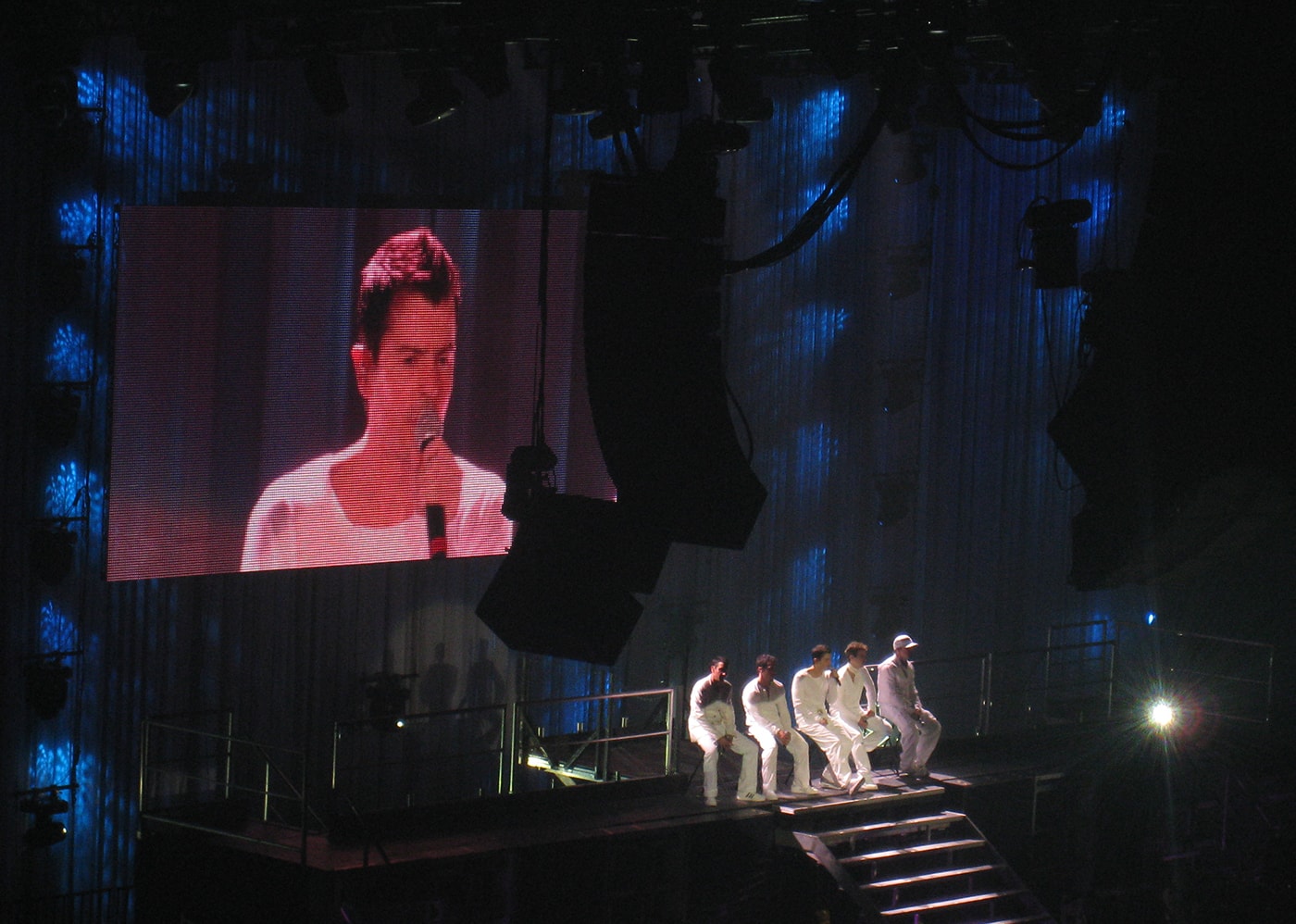 Chelsa, Ron, Nadia, and I packed ourselves into the Allstate Arena for the reunion Tour of New Kids on the Block AKA New Kids AKA NKOTB AKA The Block. I haven’t seen that kind of woman to man ratio at a concert since Lilith Fair (Ron said he’d go to the bathroom 20 times just because he could) and the level of seriousness of some of the fans was astonishing. I’d say about a fourth of the crowd was fully decked in old school t-shirts and buttons and fanny packs, all their grade school paraphernalia that’s probably been sitting in a box all these years waiting to see light again.

We made it to our seats just as some kid who was opening band one was finishing his set. Then Natasha Bedingfield took the stage and did a few songs, but really everyone only cheered when they said “Are you excited the New Kids are back?”

Finally the opening acts were over and the main attraction readied to come onstage. I was a little worried that the concert wouldn’t live up to my years of expectations. Listening to their CDs over the last few weeks I’d forgotten just how riddled their songs were with pre-pubescent falsetto. Could five grown men even sing the NKOTB repertoire?

Or would they be one of those bands that tried to ignore their roots? Would they say forget it to singing their classic songs? Would they only sing from their new album? I mean, let’s face it, not a single person in that arena was there because they’d heard Summertime on the radio and thought “I’ve just got to see this great new band.” No. We were all there to relive our childhood, see the band we never got to see in third grade. Hear the songs that defined our pre pre teen selves. Would they deny us of that for their own arrogant satisfaction? 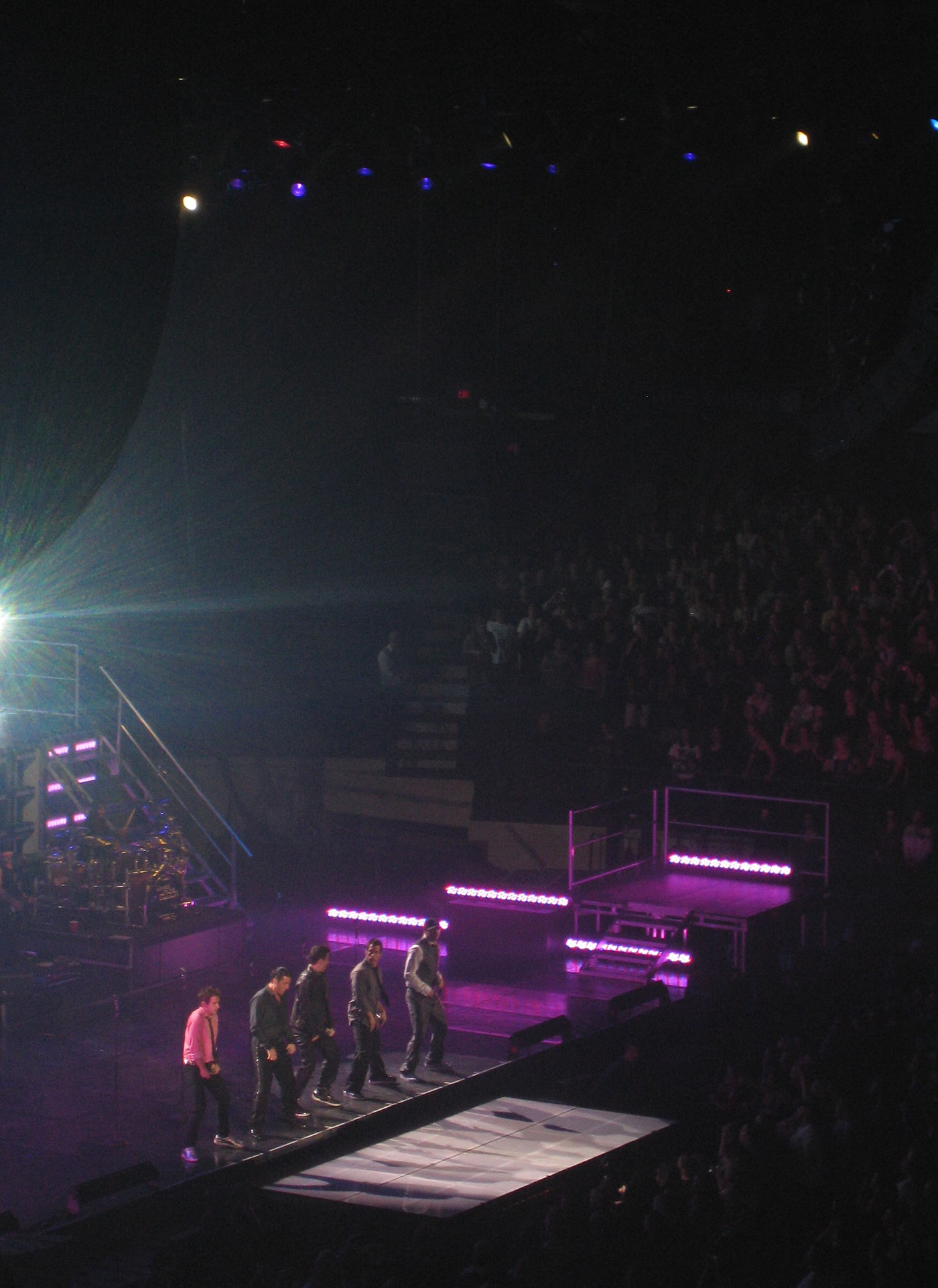 Luckily all doubt was wiped away as soon as the boys turned men took the stage. Sure the concert was sprinkled with songs from their new album (which isn’t all that bad) and songs from Jordan and Joey’s solo efforts. But at its heart it was straight old school New Kids on the Block.

We heard the Right Stuff. We heard Cover Girl. We heard I’ll be Loving You (Forever). We heard Tonight. And when Joey sand Please Don’t Go Girl I knew he was singing it for me.

They did the old dance moves. They rightfully told us that Chicago was the best city ever and that we were, in fact, the sixth member of New Kids.

They were simply amazing.

For encores we got Step by Step. And everyone in the audience knew that step one was that we can have lots of fun and step four was that time has arrived, and everything in between. And we ended the night on Hangin Tough, with the whole crowd dancing as if they were nine years old in front of their bedroom mirrors once again.

Honestly, it was the most amazingly fun night ever. And it was the best concert I have ever been to in my life. I finally got to see my first favorite band and my first love. And I’ll always be loving them (forever). 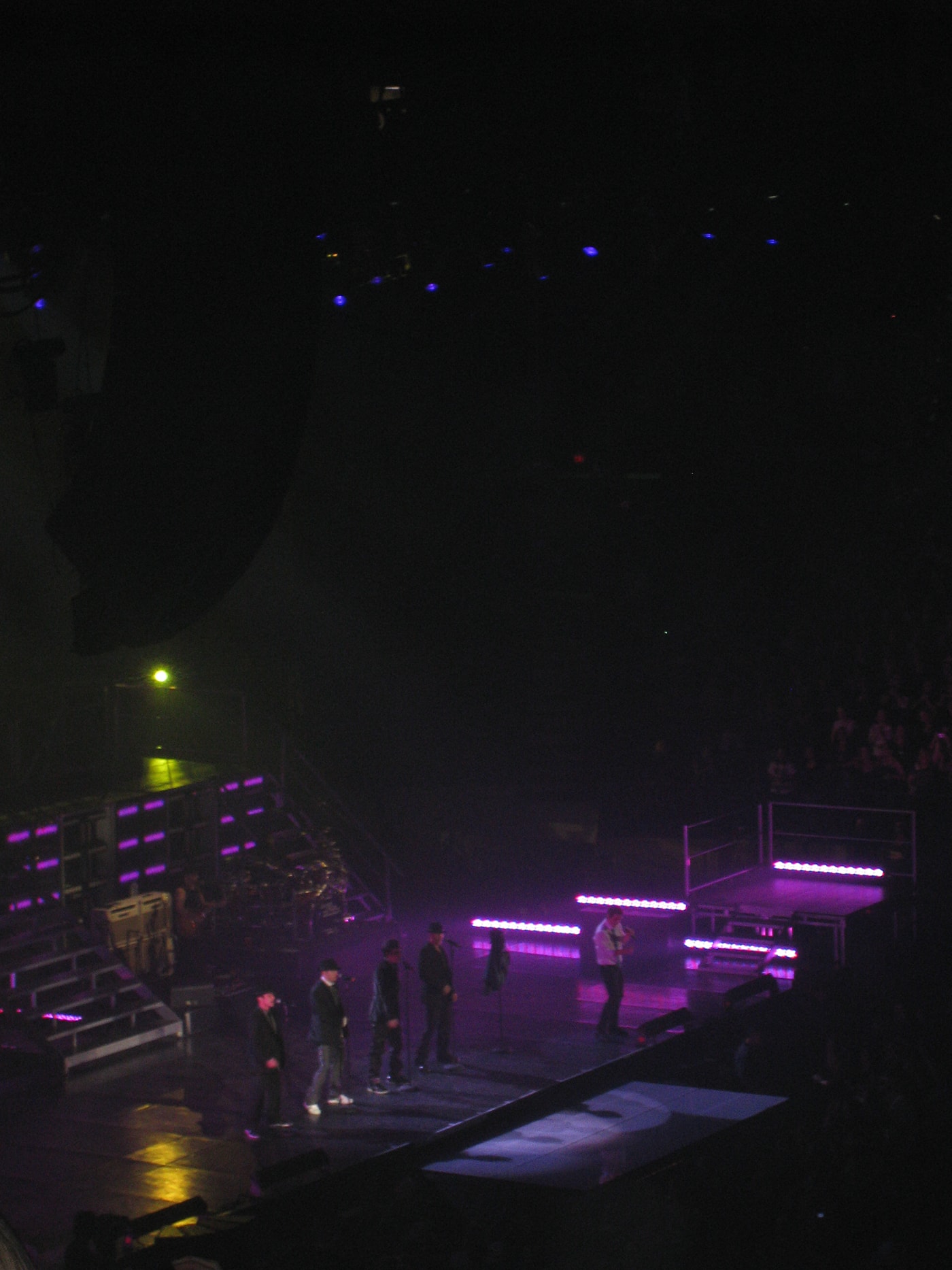 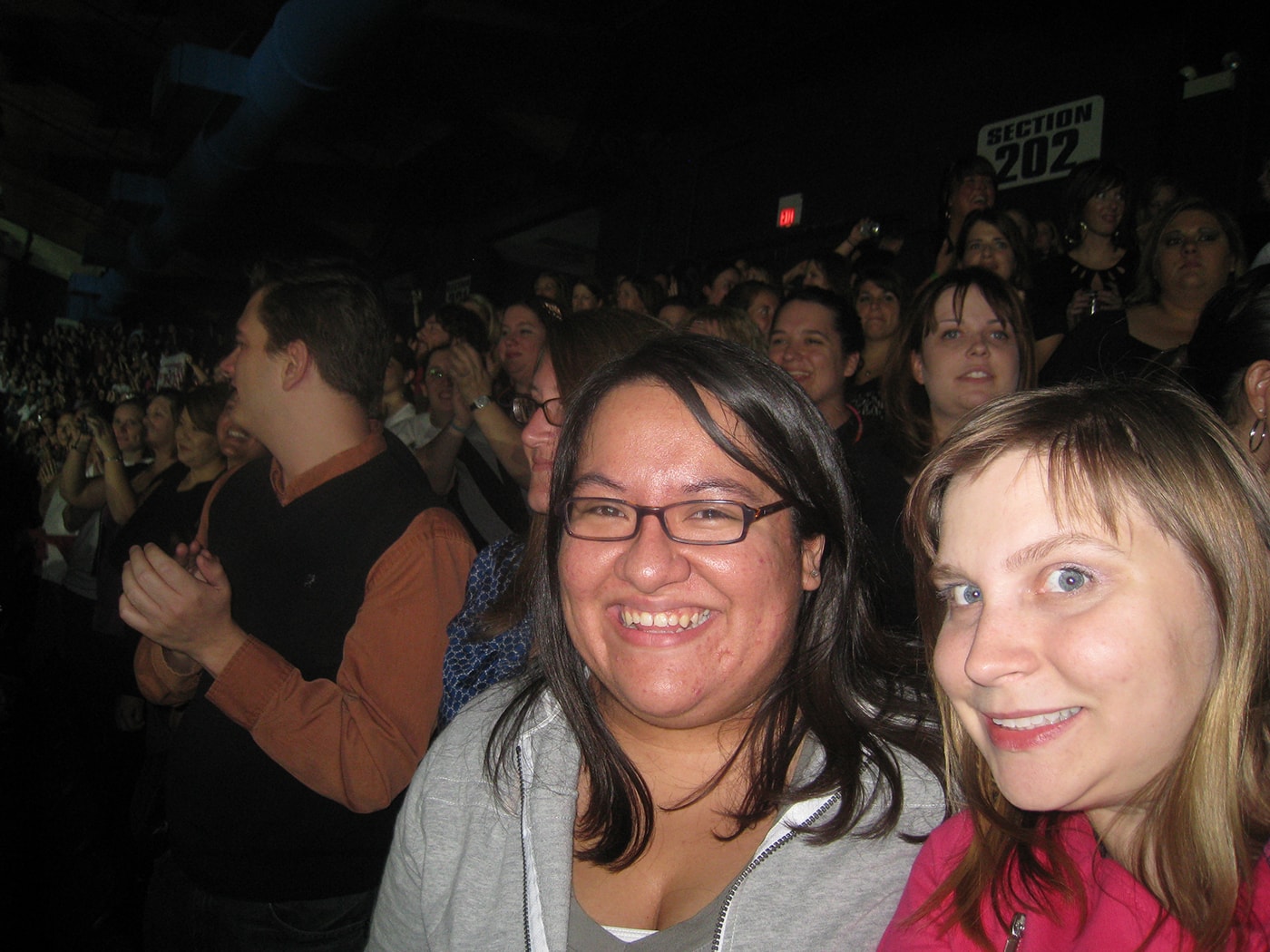 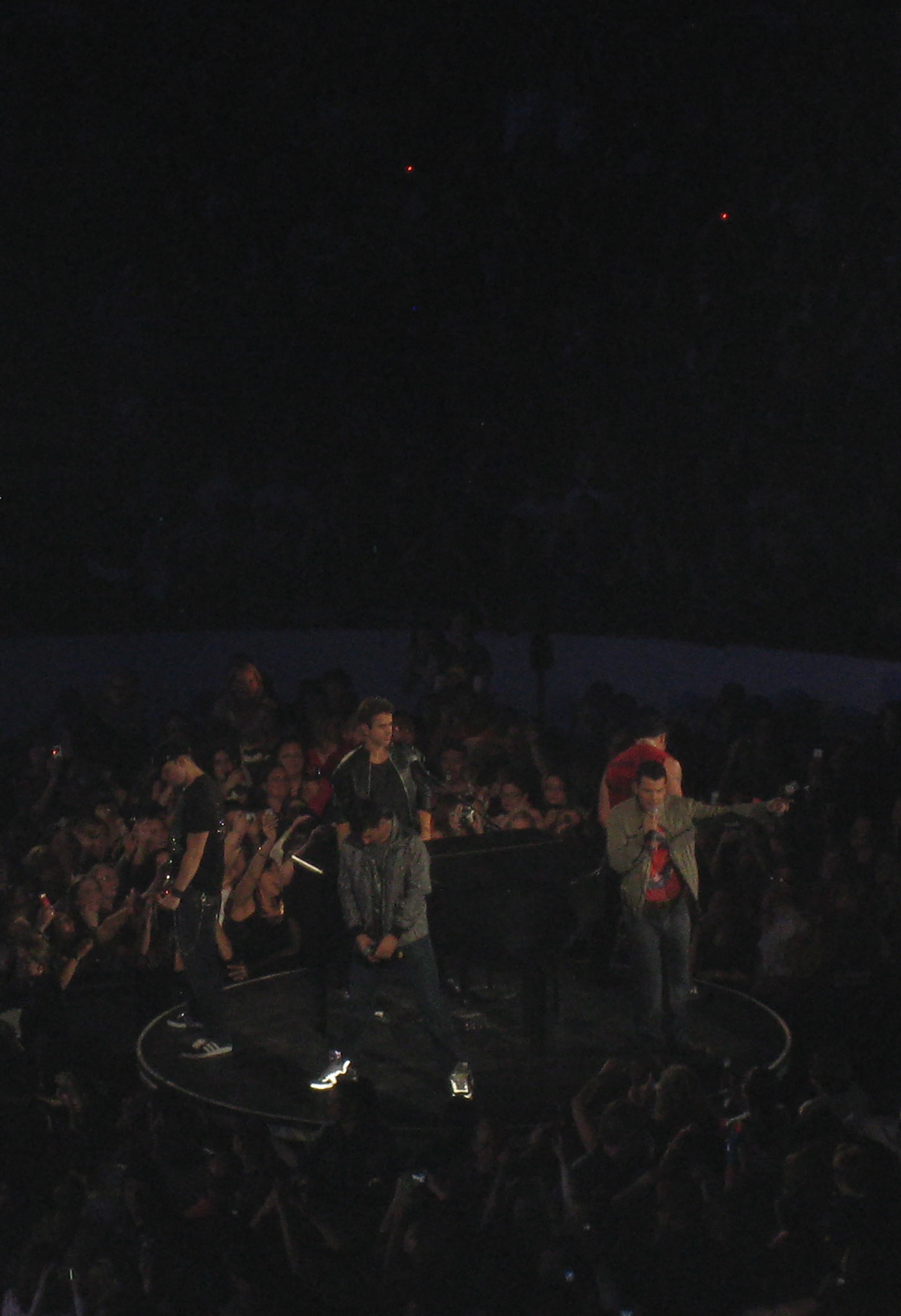 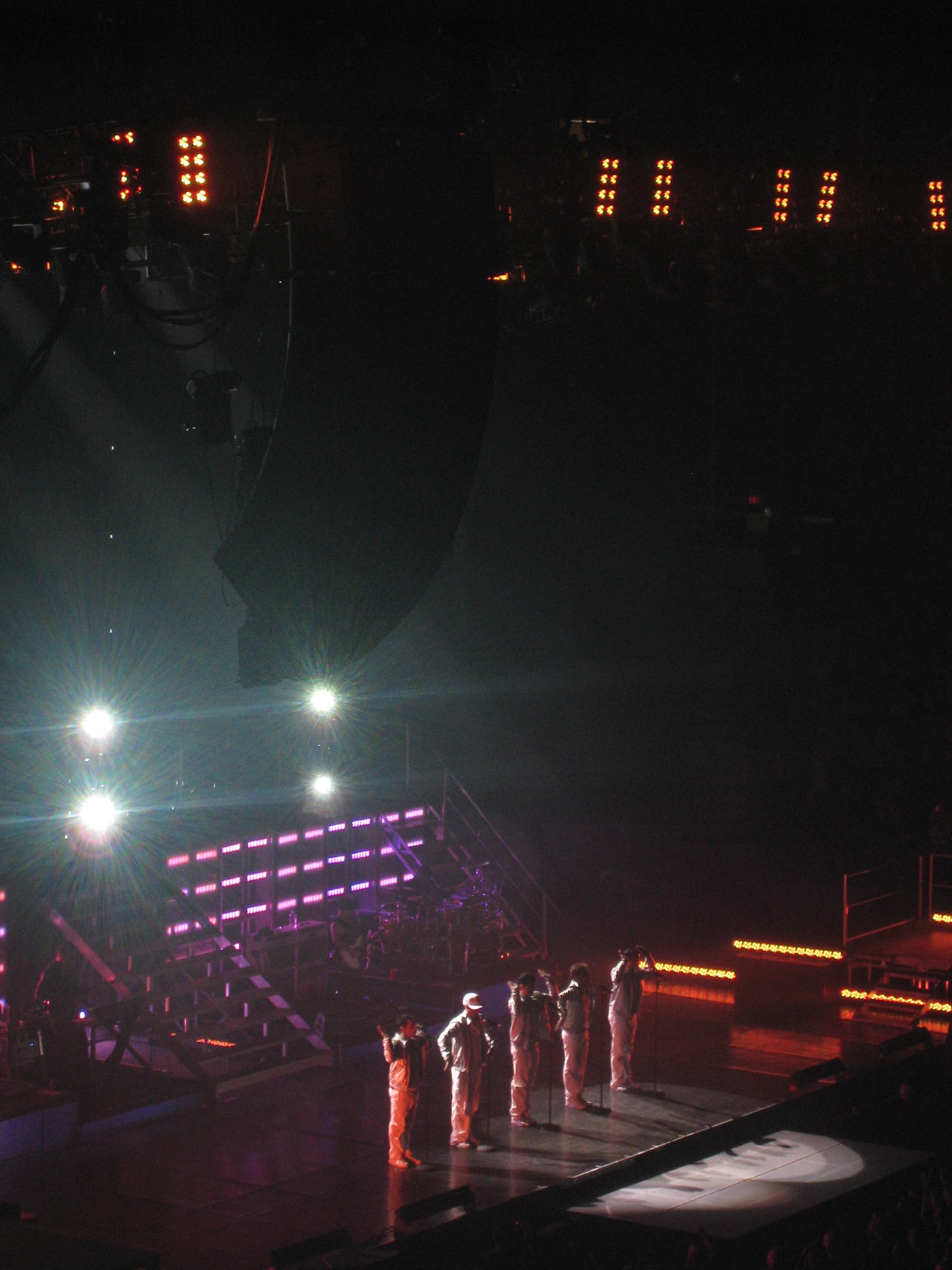 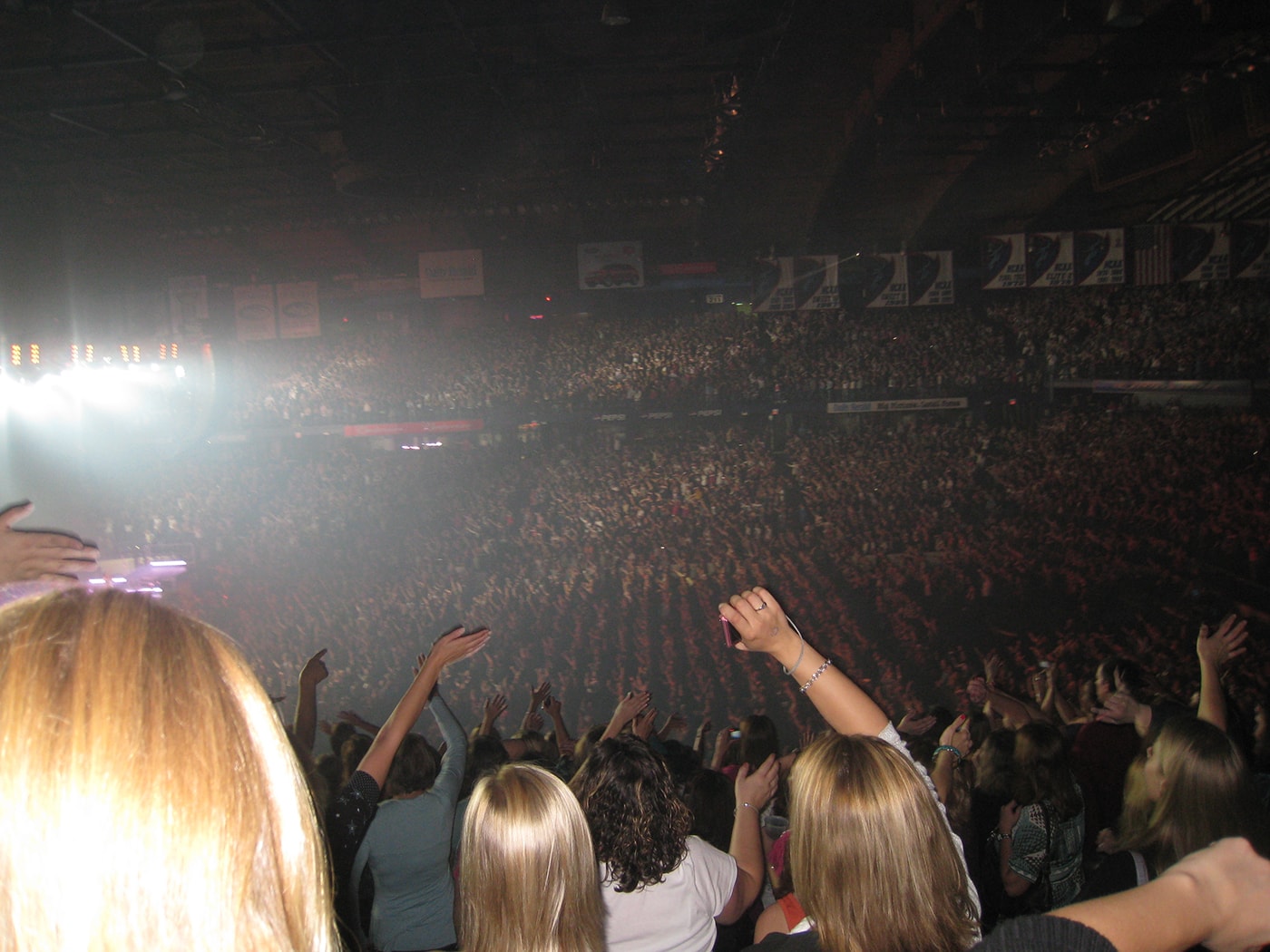 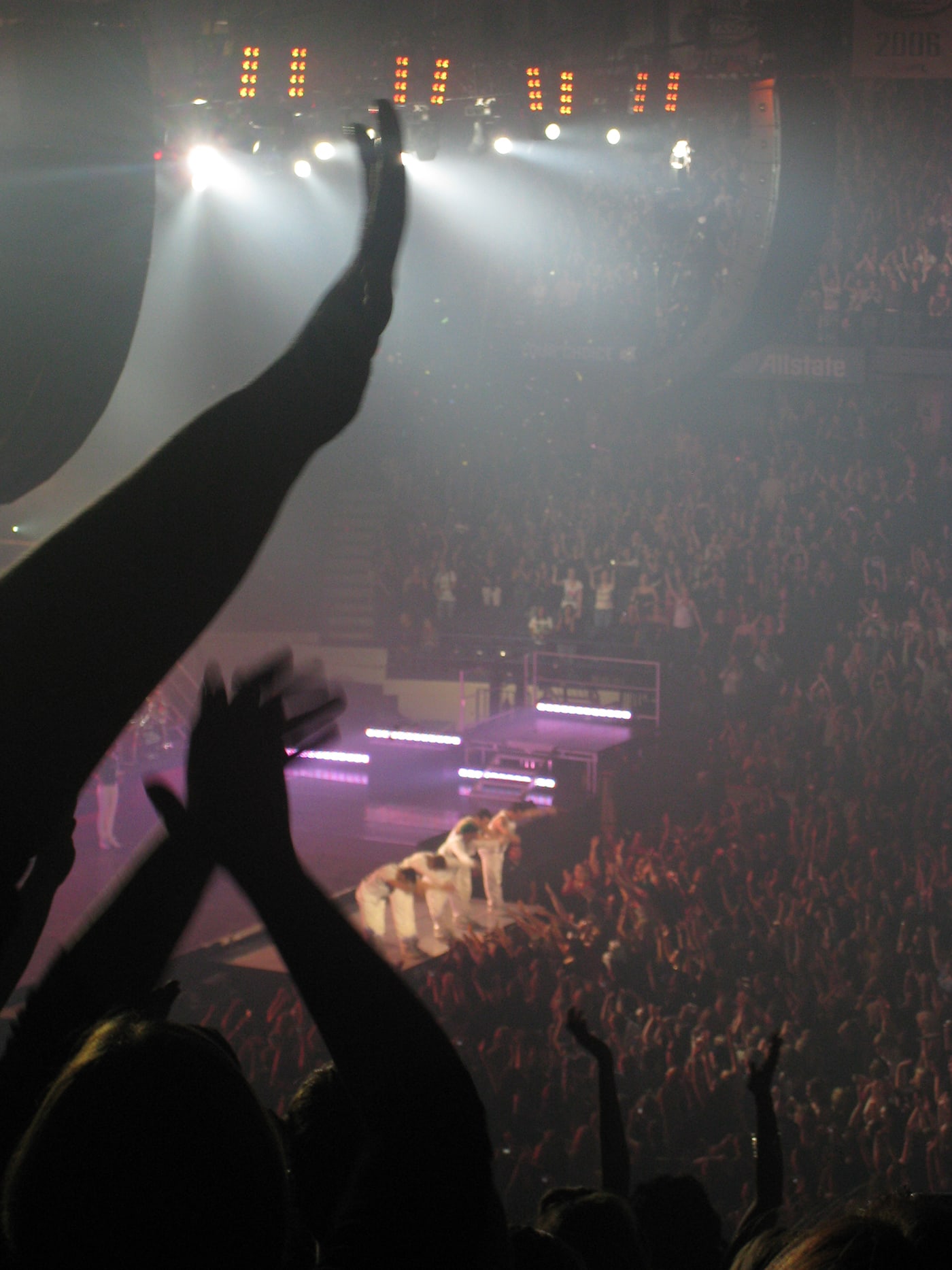 in concert
by Val Bromann

I miss my money.

No Bad Religion song can make your life complete…but maybe Riot Fest with a best friend can.

"It's not that I don't like music," I sometimes have to explain to people, "I'm just not a music person." You...

Last Saturday was the third day that week that I had big outside plans...