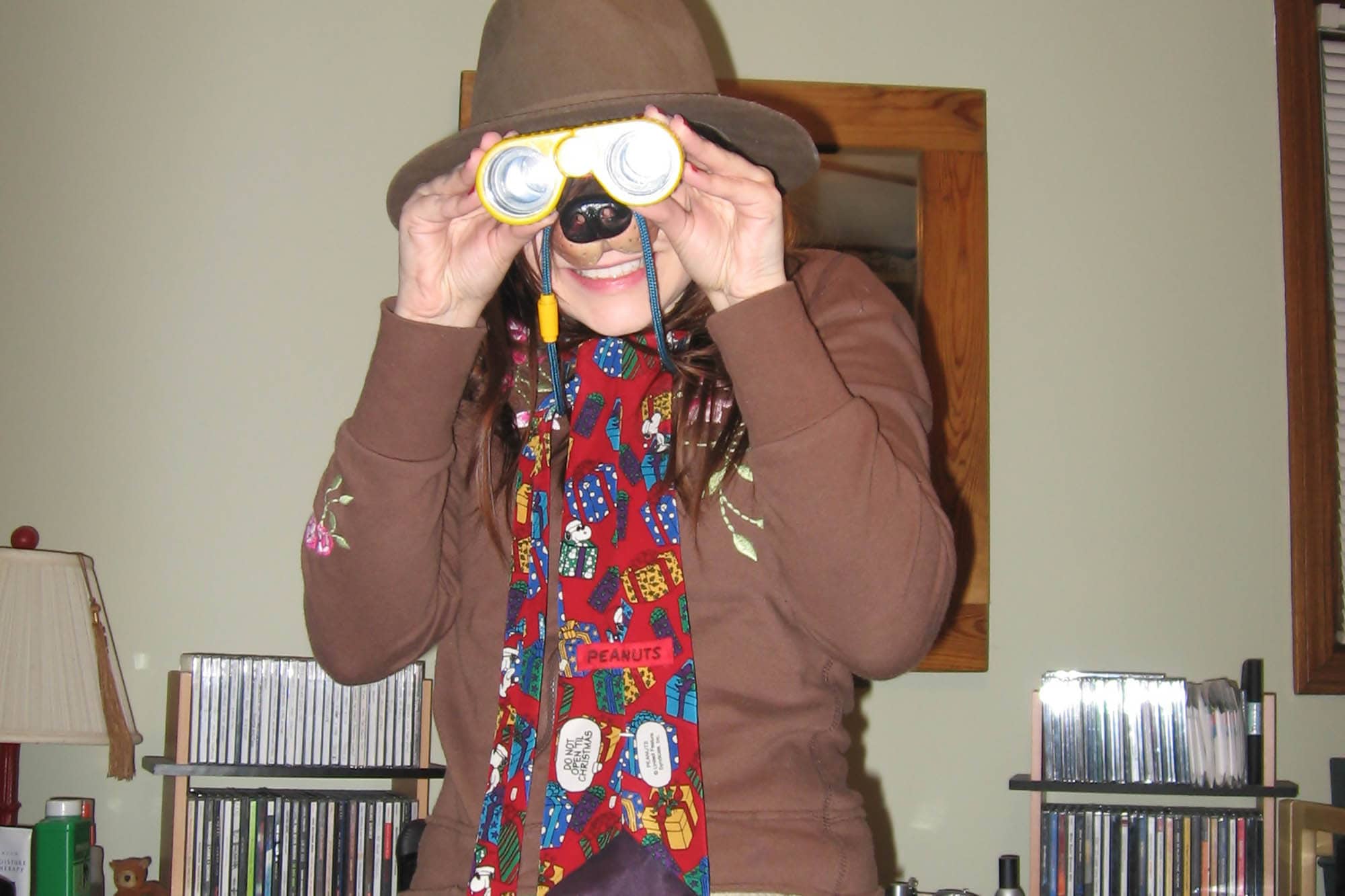 I VALue Her Opinion

I suppose it’s time for a recap of my wonderful, thrilling life! I know you were waiting on the edge of your seat in anticipation. And I’d hate to disappoint. So here is a random list of everythingedness:

1. After watching the trailer for Brokeback to the Future (see earlier post), I decided that I really wanted to see Back to the Future (I also want to see Brokeback Mountain still too). I had actually never seen B2TF before. I’d seen bits and pieces here and there, but never the full together movie. So, I told MattyK (since I had earlier seen the DVD of it on a shelf at his place) that I was coming over to watch it. He said OK. I said when? He said now? I said um, are you sure? He said yes. I said you realize 24 is on in 10 minutes. He said d’oh. Hehe, so we watched it at 9 instead. It was very good. Matt said he’ll help me fix up a Delorean some day.

2. Tuesday was Matt’s birthday (happy birthday!), so I went to bw3 with him and other Matt. Jen was supposed to joining too, but we were done before she got out of work. They have a great drink called Melonade that tastes like a green apple jolly rancher. The teriyaki wings are delicious too. Yummyyummy.

3. Wednesday I watched Back to the Future part 2. I thought the first was a lot better than the second, but they were both still entertaining. Matt says he can’t make my Delorean fly. Loser.

4. Random work stupidity. Blahblah, I’m really starting to hate my job. I can’t wait to quit for the summer (hopefully I will find something that I like more and that pays better). There is one woman who called me the other day and I couldn’t understand anything she was saying. I could hear her fine and could understand every word she was saying, just together the words didn’t seem to make any sort of coherent sense. And then, when I’d pause to try to figure out what in the hell she’d be asking me, she started saying “hello? hello?” as if I had hung up. Umm, there is also this realtor who I am always mad at for yelling at me for screwing things up (like when I don’t call to tell her I emailed her, when I emailed her at the very end of the day when I was out the door). Turns out though it’s not her, it’s her assistant. When her other assistant came by the other day she kept apologizing for her. I also had a lot of people this week who expected me to drop everything to do their huge projects right away. They also keep telling me that they are going to find ways to spread out the work and give others more to do, but then keep giving more and more responsibilities to me. I am so behind, overworked, underpaid…

5. In better work news someone gave me a $25 Best Buy gift certificate yesterday for Christmas (she’d been sick since December.) She was really sweet and made my day at work. What should I buy???

6. In another weird work moment, yesterday I ran into my old dance teacher. She apparently does atrium landscaping now and was there to talk with one of the owners about our crappy looking atriums. I walked by and she looked like her and then I heard her talk and she had a British accent so I was pretty sure it was her and she did recognize me too. It was weird as I probably haven’t seen her since I was a sophomore in high school.

7. I’ve never been so happy to see a check cashed in my life. I checked my account online and the passport checks have been cashed. At least I know my application must be moving along.

8. Last night Glen was in town so we went out to bw3s again. Moi, MattyK, Glenifer (aka Glen and Jen), and Brandana (Brandon, everyone needs a nickname!). Jen flipped over the wetnaps and we played Memory with the sayings on them and when Matt went to the bathroom we put an ice cube on his chair and stuffed the pockets of his jacket with wetnaps. He didn’t find them until he got home. Earlier, before leaving I was at Matt’s and foraged through his closet and put on all the weird stuff I found: 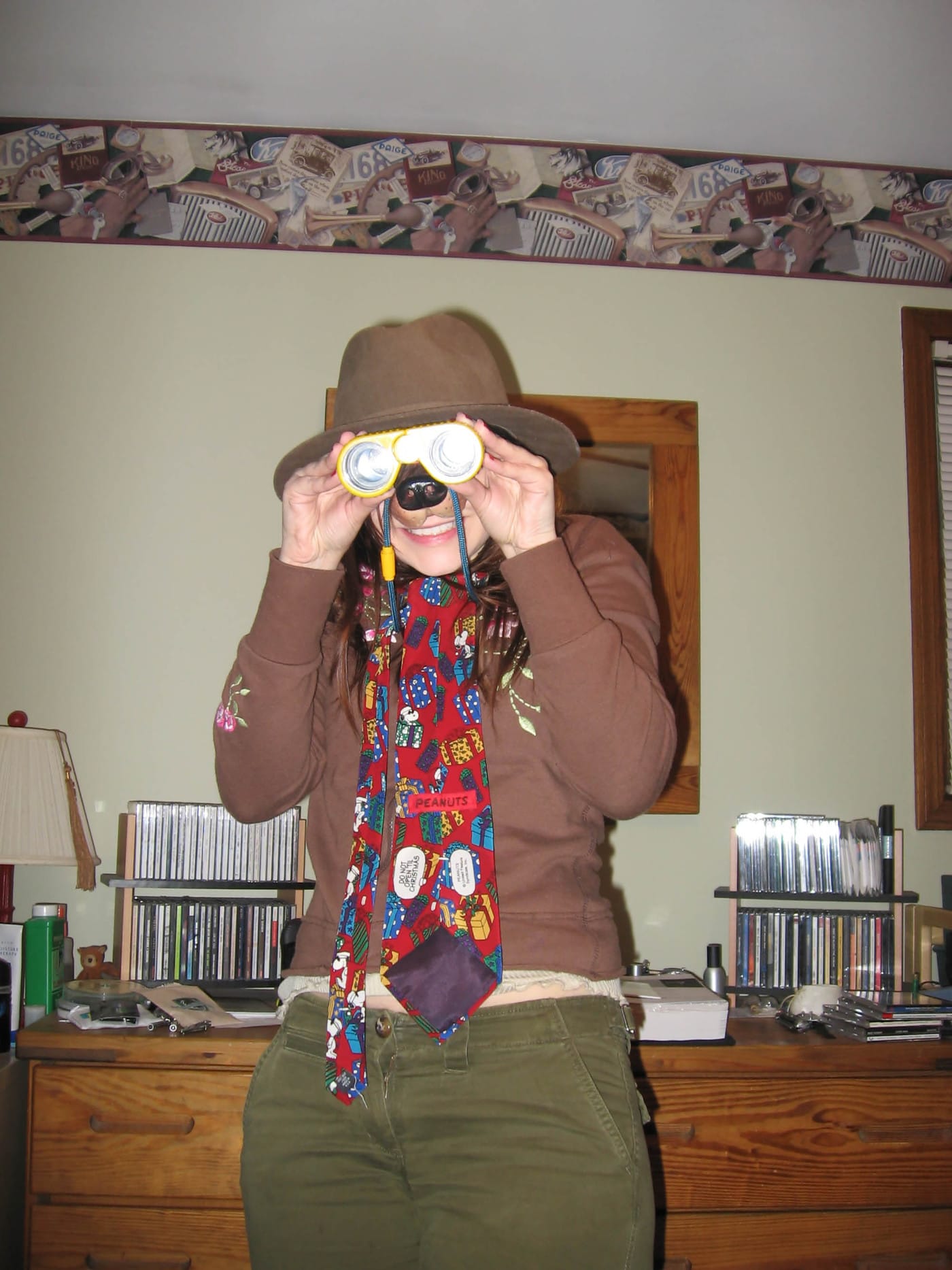 Before leaving, his younger brother Chris came in and sang me a song on his guitar. It had lines like “If I had Val in my life, I’d have everything,” and “I value her opinion because she’s Val.” Awwww, its my new favorite song and was really cute. Hehe, I love it.

So, that is all I have. I’m guessing no one will read this because I know I don’t tend to read long posts because I’m lazy. Ohwell.

in birthday, movies
by Val Bromann

Kirsten Dunst is My Twin

Mirror, Mirror, on the Wall: Dying My Hair Black

Next post
Mirror, Mirror, on the Wall: Dying My Hair Black