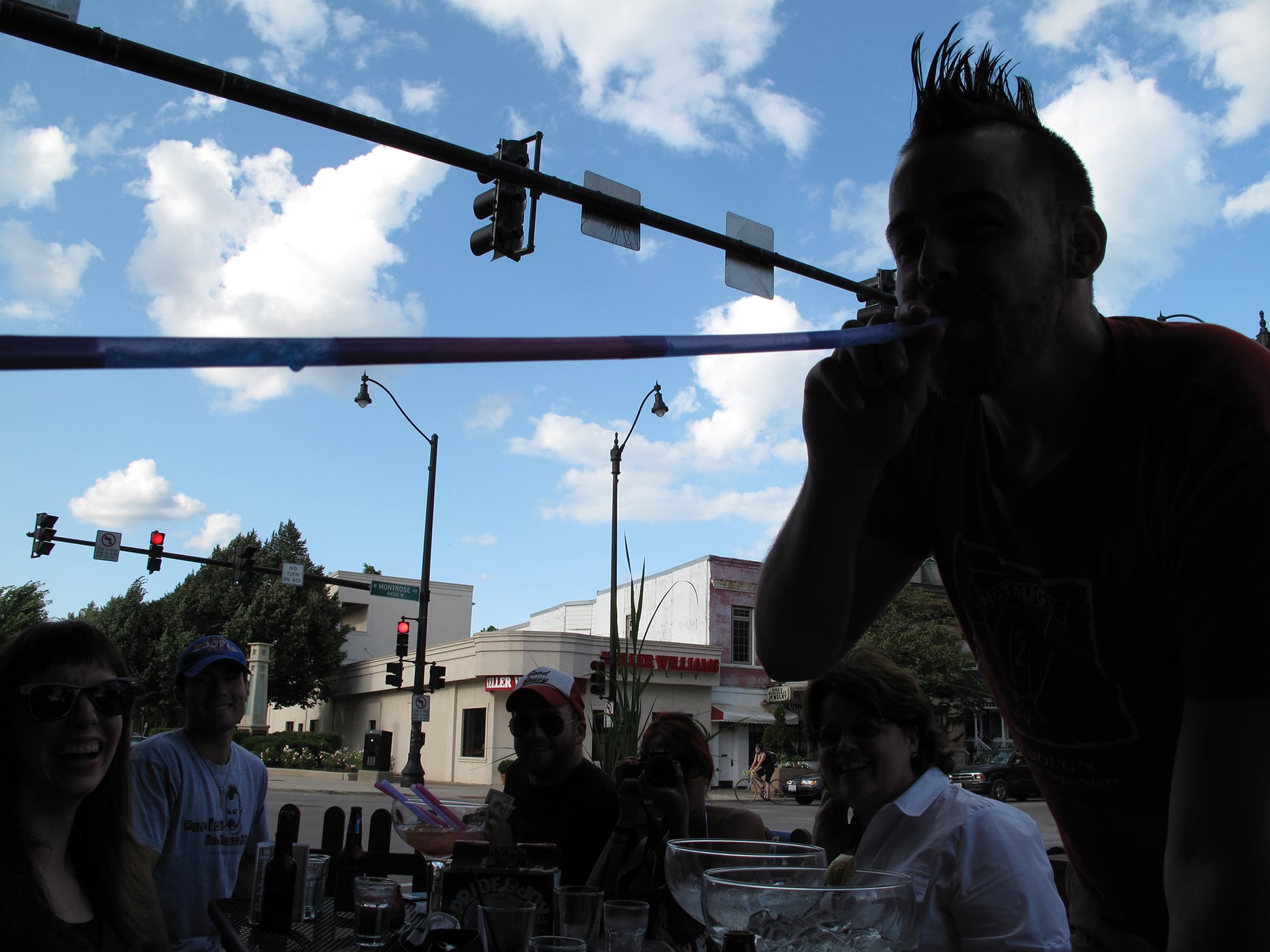 Home » Blog » competitive eating » I think I’ve been disqualified as their friend.

I think I’ve been disqualified as their friend.

After the Jimmy John’s eating contest I met up with Pat and Tim and Hall et. al. over at Bowman’s for lunch/drinks. It was $20 fish bowls and so there was much drinking…including Pat making himself a super straw to drink from another table… 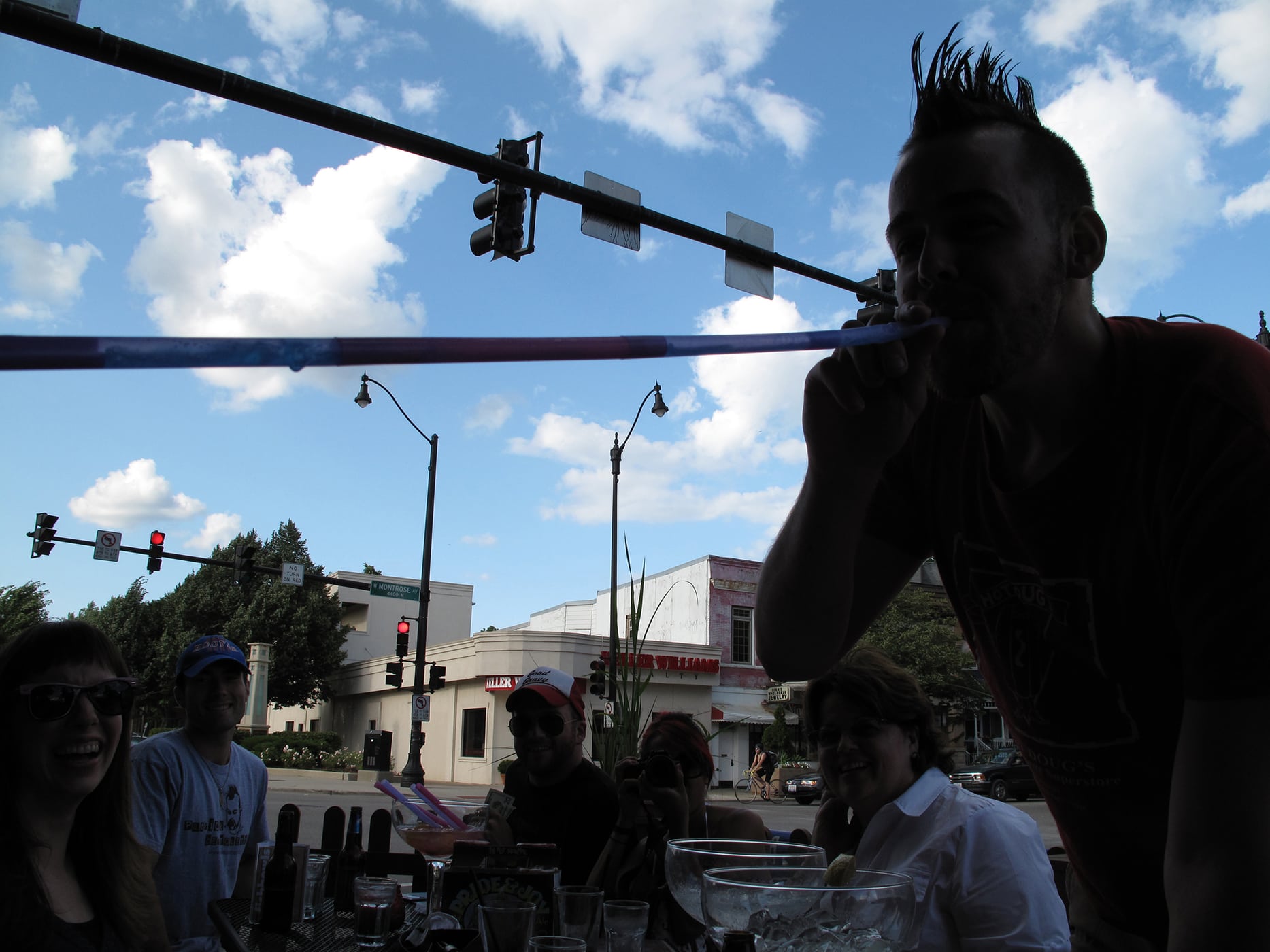 We headed back to Tim’s and watched their appearance on the morning’s Channel 5 news segment before heading off to yet another food stop. Seriously, if I ate twenty sandwiches I’m not sure if all I’d want to do is continually go out for food! 🙂 But I didn’t eat 20 sandwiches. So I was hungry 🙂

We went to a place called Susie’s, I think, and got fries that came in a taco shell and were covered in cheese and gyro meat. Um, yum! From now on I think I will always get some meat on my french fries! They also had delicious milkshakes. Mine was German chocolate and was kind of awesome. Tim got beef sandwiches from somewhere else and brought them over. We ate a lot. 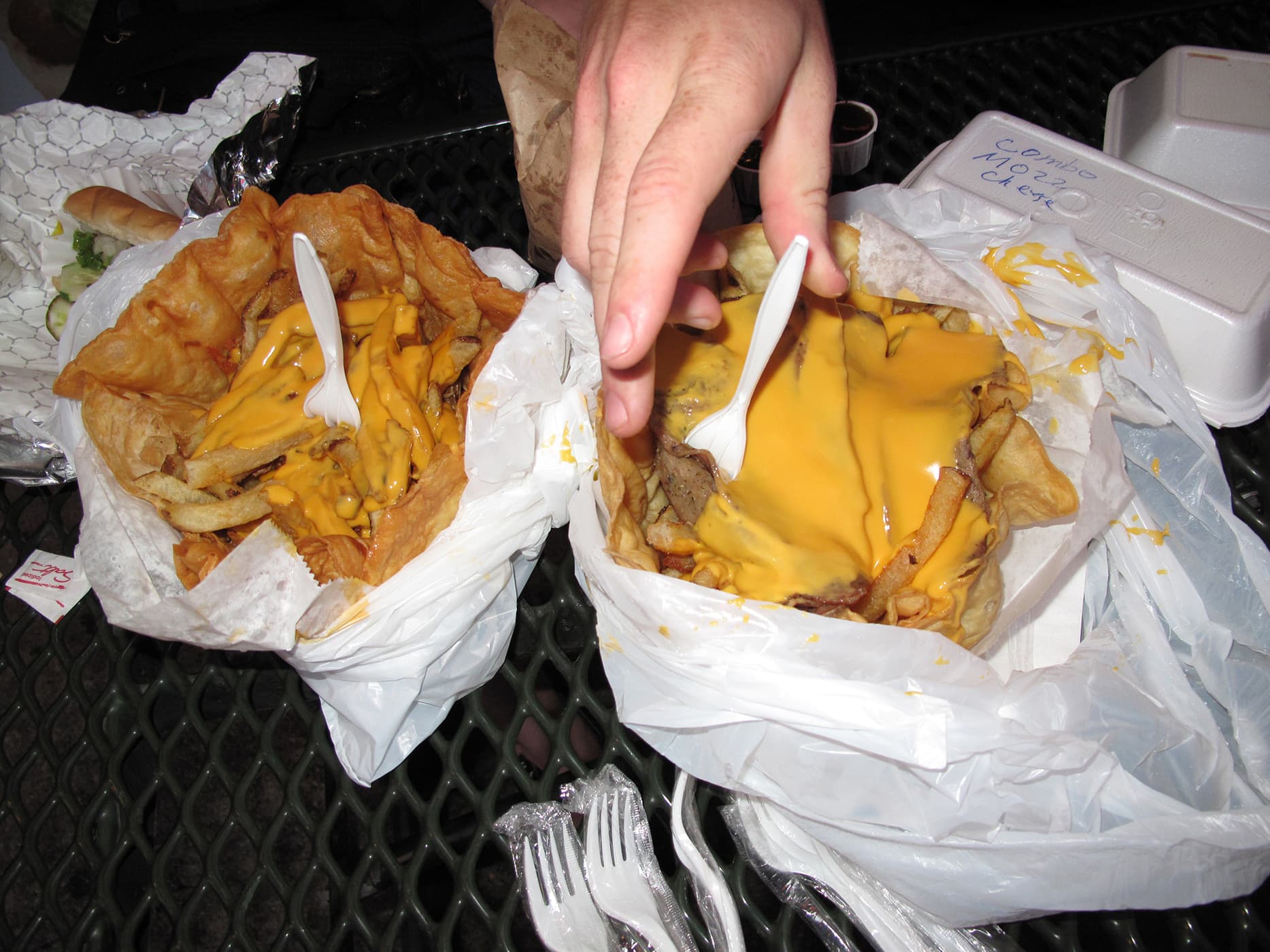 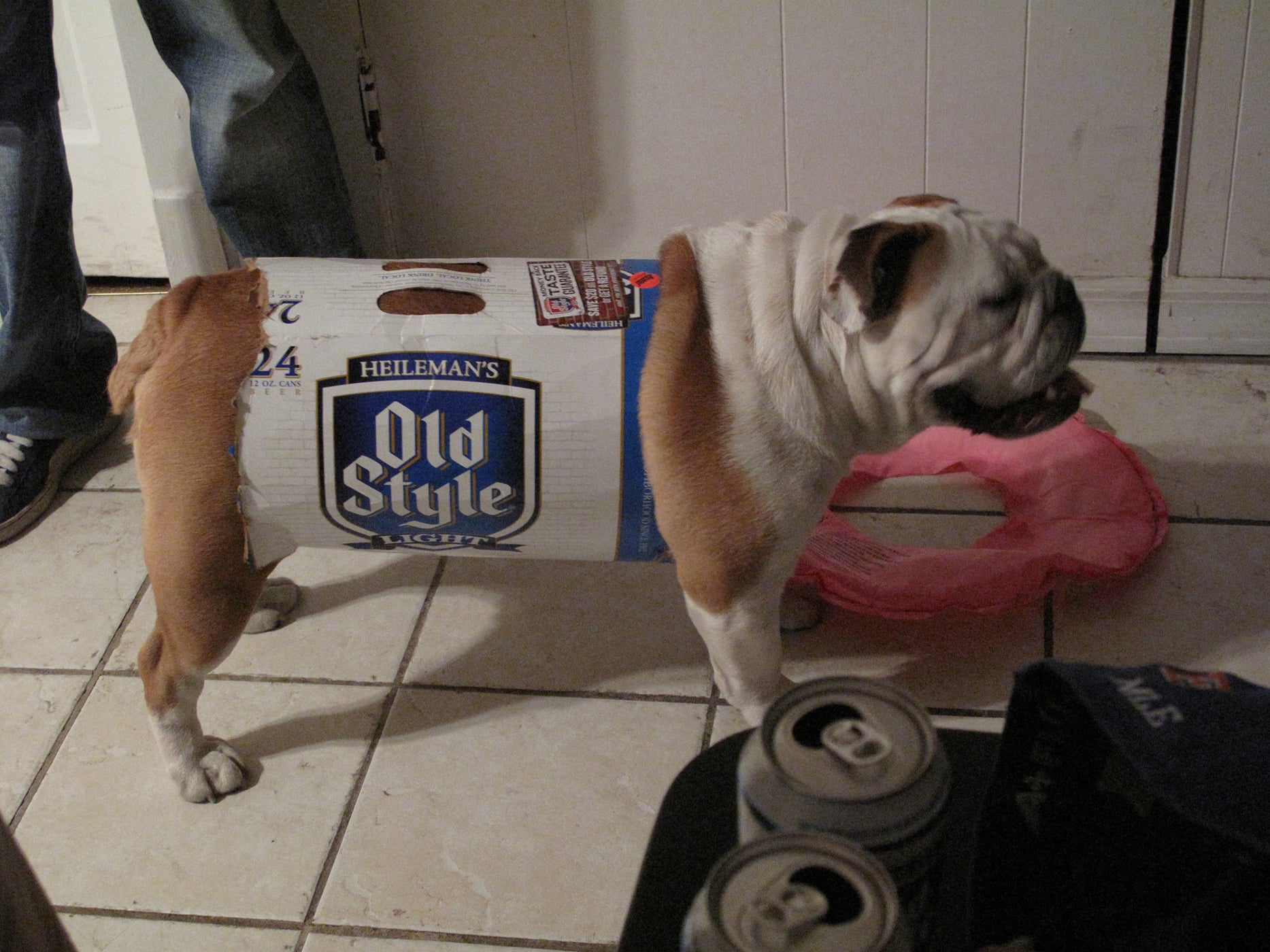 My second new rule is not to take a shot. Ever. At least not to take a totally ungirly shot because it usually ends badly. In this case it totally ends up with me having a gag reflex and puking the shot up. On my purse. In front of everyone.

And can totally hold my liquor.

Anyways. Actually it was kind of funny because Tim kept saying that he was going to make sure I vomited every time we hung out. And then like 30 seconds later I did.

No wait, that is totally unfunny.

After listening to some Kelly Clarkson and Ashlee Simpson we left for another bar, which was closed. So we went to another bar that was almost empty except for one group of people doing karaoke over and over. And a zombie. But he came in later. And then Pat pulled up his brothers underwear and it broke. And later they kicked us out for some reason… 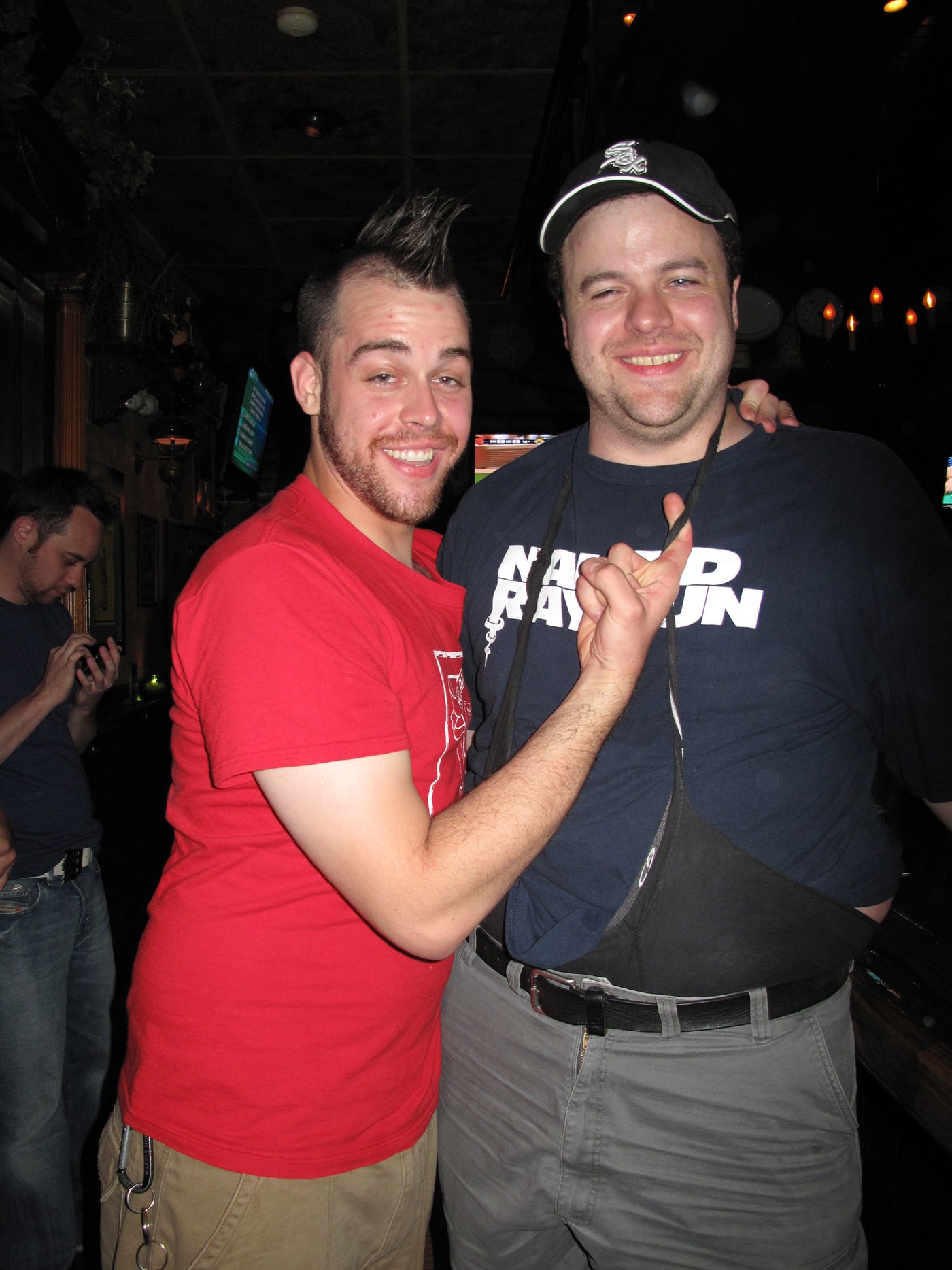