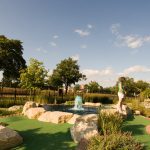 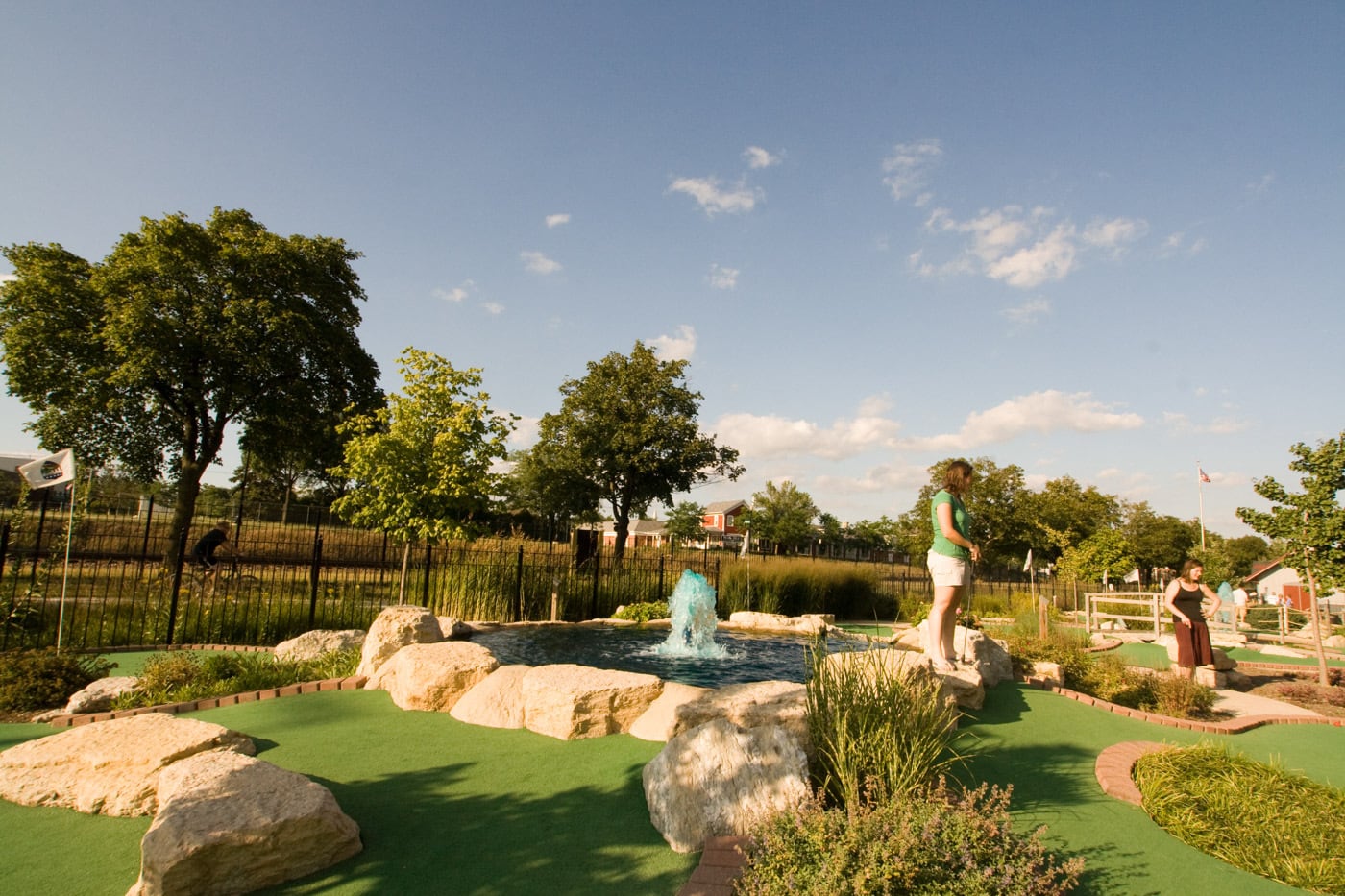 I should write sports rule books.

I hurried out of Urbana at around 12:30 to make it to the burbs for JoeW and Meredith’s “Belated Birthday/Engagement/Housewarming/Graduation Party in the Western Suburbs.” The party started at 2:30 and I arrived in Wheaton at around 3. I was STILL the first one there. Come on people, how can I arrive a half hour late and still be the earliest one?

One of Meredith’s friends arrived shortly after though, so I wasn’t first by too much time. JoeJoe and Alina and Maureen came soon after too and we bummed around and ate Meredith’s delicious bean salsa and watched the Sox game.

Then we headed downstairs to play mini golf, because their apartment looks right out over a mini golf course. Joe, Joe, and Maureen teamed up to play their way and the rest of the girls played the fun way. I swear we didn’t cheat. I mean, we had TWO lawyers on our team which meant we obviously were playing by the rules.

It was a pretty straight-forward course, but there were water traps everywhere into toilet-cleaner blue fountains.

We headed back up, watched the U.S. win the last Olympic volleyball game (seriously, how is it that all I ended up seeing was men’s volleyball?) and ordered some delicious pizza. One had sausage and onion and the other Mushroom and spinach.

Everyone was pretty exhausted though so after watching some of the ending ceremonies and determining that a) I want to play drums with my feet and b) I want to ride in a circle and c) that the dude riding in the circle whose lights went out probably got shot, we ended up calling it an early night.

So happy Belated Birthday and Engagement and Housewarming and Graduation JoeW and Meredith!

Google Maps is now my enemy.