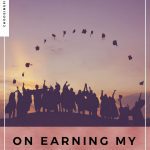 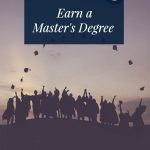 Home » Blog » school » I have a masters…for real this time…

I have a masters…for real this time…

I got an email from DePaul yesterday. They have received my request for degree conferral and are happy to announce that I have met the qualifications to graduate. Never mind that I applied for degree conferral in October of last year and never mind that I haven’t attended a class at DePaul since November. It’s OK though. The good news is that the government also doesn’t think I have finished school till now and therefore I have another six months of not having to pay back school debt…

So I now officially have my Masters in writing. It doesn’t really feel like I have a masters degree. Maybe because the classes felt more like classes I should have been taking long ago, or because I was only ever on campus for no more than three hours a week, or that I have no intention of looking for a new job.

It’s weird because on one level I feel like I didn’t really learn anything in grad school. But on another level I feel as if I learned things I may never have learned otherwise. Like that personal essays are a genre and a good alternative to fiction when all you ever wrote was thinly veiled accounts of your own life anyways. And there was that travel writing class that you took despite the fact that you’d never traveled anywhere before and the best you could come up with to write on an assignment on your experience with food while traveling is eating Dunkin Donuts in Milwaukee…or you write about a lovely gondola ride you took through the canals of Venice in Las Vegas. And your teacher thinks they’re fantastic. And how after the class is over you want to travel somewhere new. And how after that it’s now all you want to do for the rest of your life.

Those are the important things I guess I learned. I know. My grammar still sucks and my spelling is awful (yeah…before I spell checked this sucker I did in fact misspell awful…and now I misspelled misspell for that matter) but I’m now a wanderlust narcissist.

And I have this Masters but I’ve never been published. It’s mostly laziness because I never actually finish anything I start. And lately I don’t even have the willpower to start. And I blame someone else for my inability to write but technically that’s unfair. And technically I would take the exchange of what I got in return for it sucking out my desire to tell a story that I used to feel the need to tell. Because, really, I started writing because I wanted to tell just one story. But now I’m rambling.

Oh, did I mention that ten minutes after getting that email the person sent a second email that said “There was an error in the previous email you received regarding degree conferral.” and I nearly died thinking that I didn’t actually meet the requirements and had to take another class? It was just to say that the link for transcripts was wrong. But honestly, that is not something to do to a person.

p.s. once I actually get my diploma in the mail I am so throwing a graduation party…because I take any excuse to have a party in my honor. Watch for details. 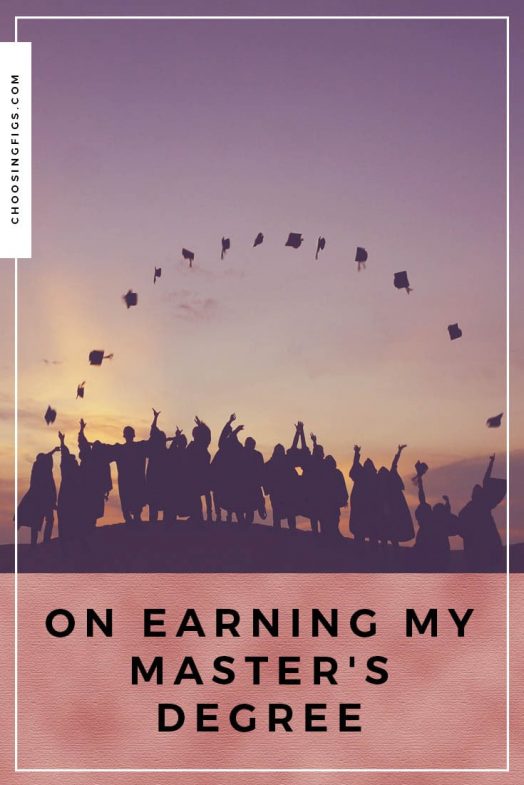 On earning my master’s degree. I graduated with a master’s in writing – so, what now? 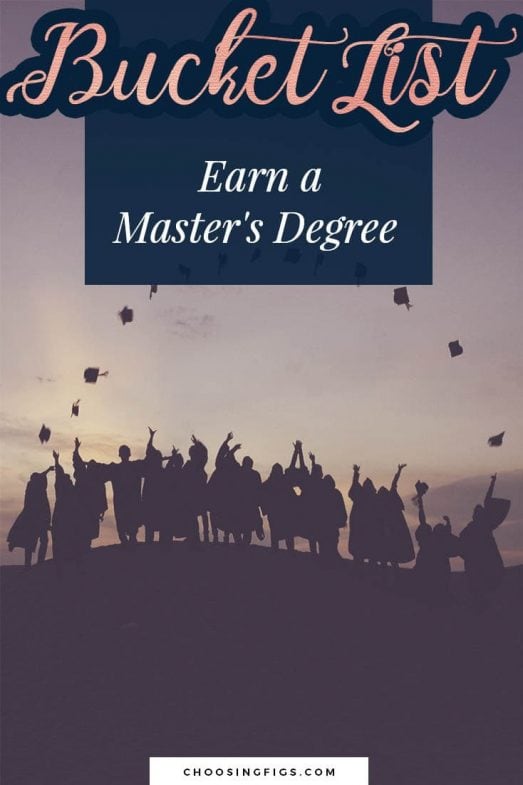 in school
by Val Bromann
Engagement(s).