1. He changed from single to in a relationship on MySpace. 🙁

2. If I had to go see a naked magic show, the least JoeJoe can do is go see an educational Australian nature program.

3. After spending the night with the travel channel as they profiled Fiordland followed by Anthony Bourdain boar hunting in New Zealand…I have decided that I am accompanying Joe and Alina on their honeymoon…

4. Does rare food (rare as in hard to find an expensive, not as in undercooked) taste so good because it tastes so good or because people are pretentious?

5. I stole this pic from Emily. I think it pretty much sums up the friendship between MK and me. 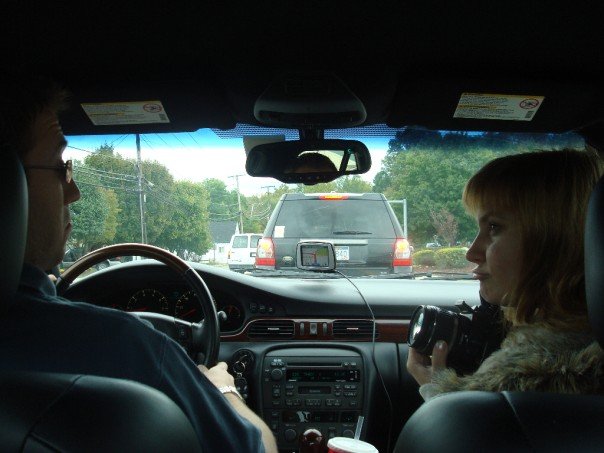 6. I thought my homework sucked, but for two of the four humor shorts I turned in, my professor said they were amongst the best in the class. (p.s. the other two sucked)… Since I probably will not do anything more with this one, thought I’d share:

In light of the positive responses Chicago has received to increasing the smoking ban to include public beaches and parks, government officials are now weighing other options for increasing the ban. The anticipated ideas include raising the laws banning smoking from within 15-feet of office buildings to 150 feet from offices and 1,050 feet from beaches, parks, gas stations, hotels, schools, and houses. Other suggestions include banning smoking altogether from churches, firehouses, gas stations, libraries, and any rooms with “room” in the title (bedrooms, living rooms, bathrooms, and dining rooms would be banned but basements, attics, kitchens, parlors would still be OK, as long as they are not within 1,050 feet of an entrance).

On Top of the World at the Sears Tower

Next post
On Top of the World at the Sears Tower