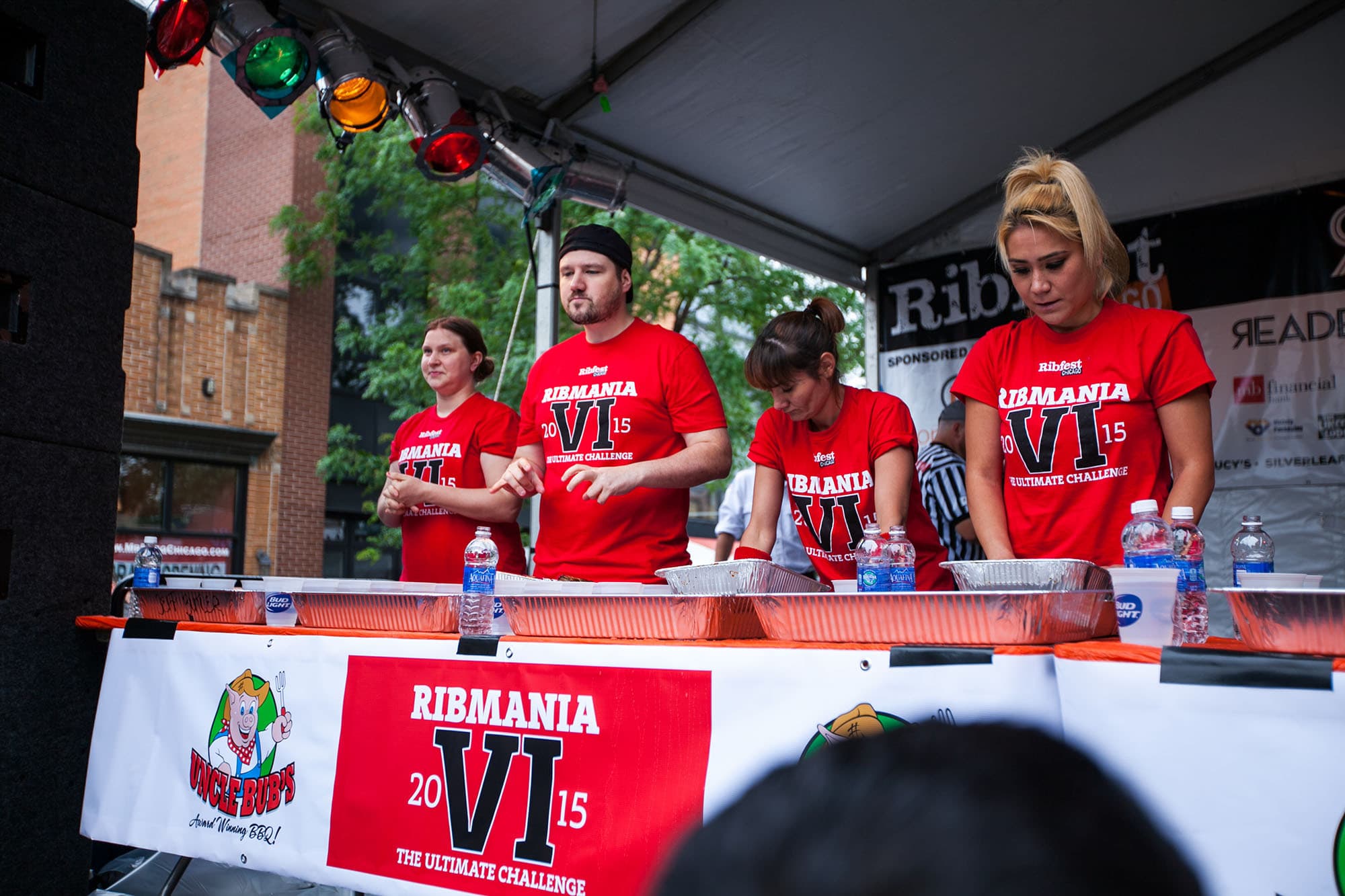 Home » Blog » competitive eating » How not to prepare to compete in an eating contest.

How I competed at Ribmania ribs eating contest at Ribfest, Chicago.

For instance, I didn’t sign up to compete in the Ribmania ribs eating contest at Ribfest Chicago this past Friday. To be fair, I might have tried to sign up for it if I hadn’t have been in this funk that had me ignoring almost everything in life and missed that registration had even been announced. But I tried last year and didn’t get in anyways because it’s a popular contest, there aren’t many spots, and, apparently, my ability to eat three whole hot dogs in 10 minutes doesn’t exactly put me in the rankings. 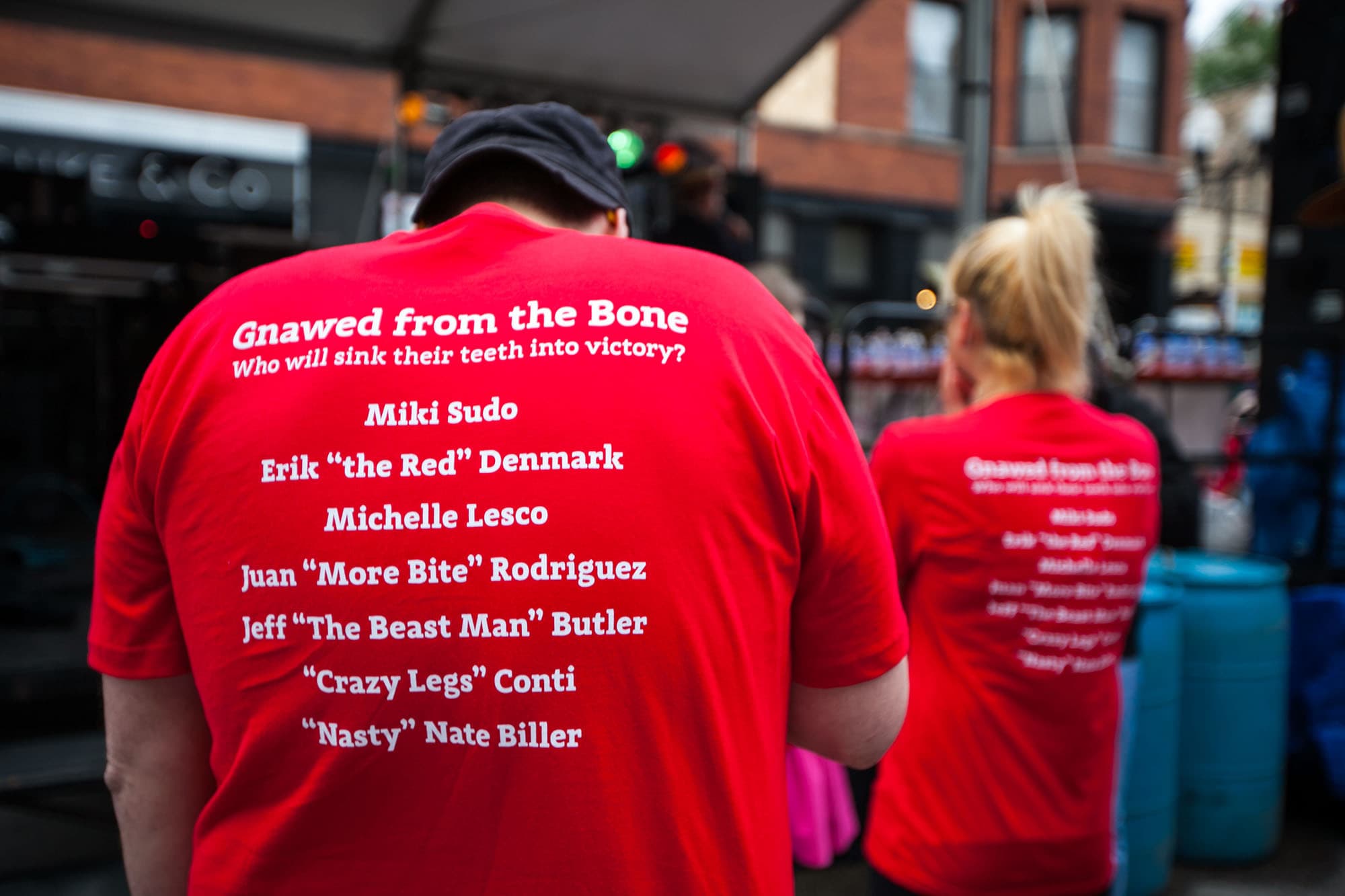 If I was competing, my name would have been on the T-Shirt.

Step 2: Do literally nothing to prepare.

You have no reason to. You’re not competing.

Like a burrito bowl at Chipotle. With guacamole even though it costs extra. Live a little. It doesn’t matter if there are beans and chicken and two kinds of salsa stirring in the pits of your stomach throughout the day — you’re not competing in an eating contest later.

Step 4: Show up to watch the contest.

Some things are just as fun to watch as they are to participate in. Eating contests, for most of us, are one of those things. I mean, wouldn’t you rather have a slab and a beer at a leisurely pace while watching some other schmuck put their stomachs through torture? I’m going to guess yes. So, despite the fact that I had no intention of competing at Ribfest, I showed up to watch, to see my friends compete, and have to a fun night out. But, other than charging my camera batteries, that took no preparation. 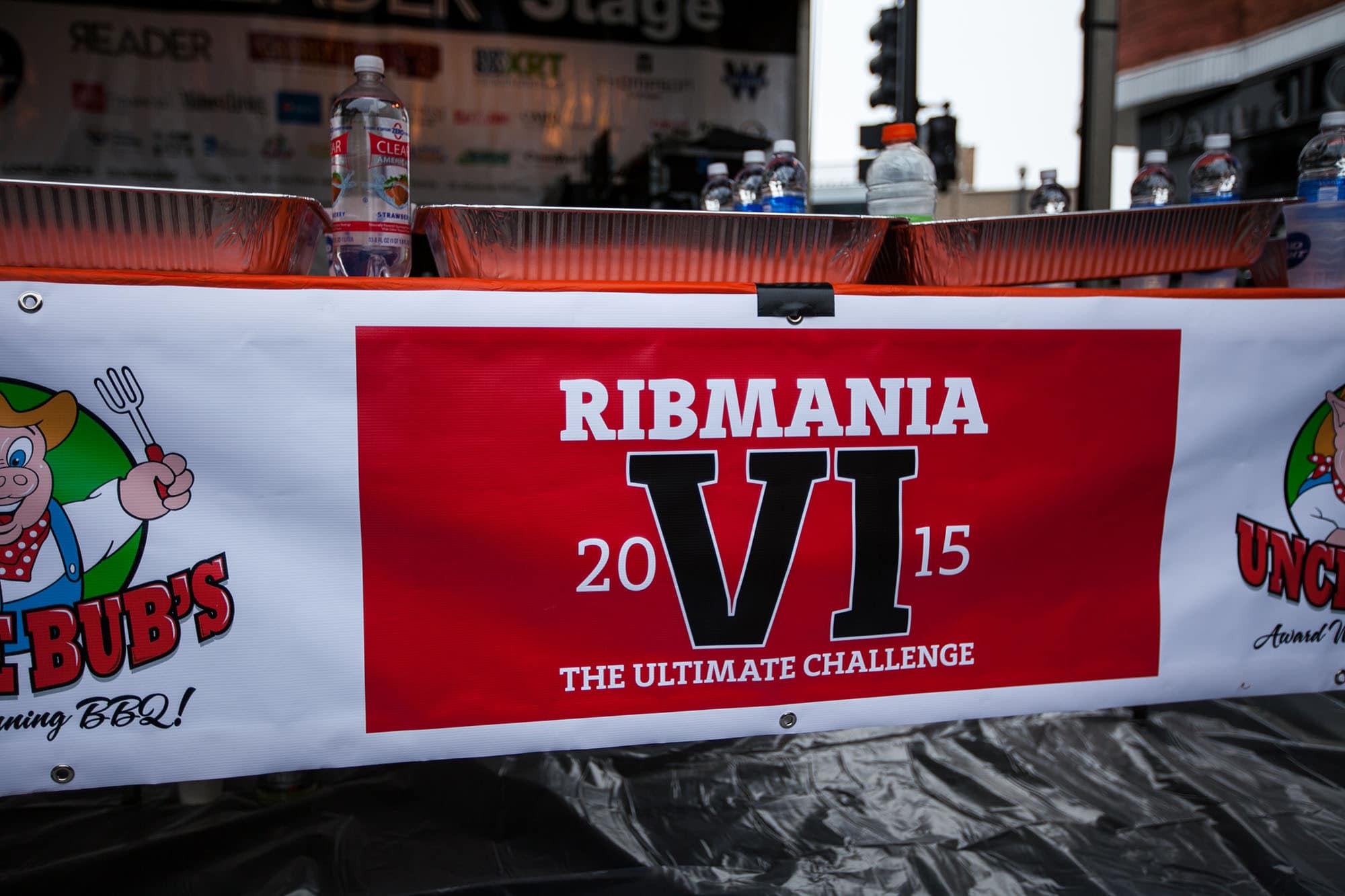 Step 5: Have someone drop out last minute.

I’m not saying you’d be responsible for whoever it was not showing up to compete. That’s out of your control. Unless you’re that bad friend who made them stay up all night drinking or you’re pulling some Tonya Harding shit and popped their kneecaps. But I’m going to pretend you’re better than that.

Someone dropping out of a contest you’re just there to watch is beyond your control. Something no one can prepare for. And, usually, it’s something that won’t effect you. I mean, if some quarterback drops out of the Super Bowl they won’t expect you to take his place. They’ll put in some second-string player. So if, say, a competitive eater’s bus is late and he won’t make it to Ribfest, they won’t ask you to compete in his place. That’s just silly. Unless you’re a second-string competitive eater.

Step 6: Be a second-string competitive eater.

OK, maybe third or fourth string, but you get the picture.

So there was an empty seat at the ribs-eating contest table. And I was there. And so I was asked, ten minutes before the contest, if I wanted to step in.

So, obviously, despite the fact that I was in no way shape or form ready to compete, I said yes. 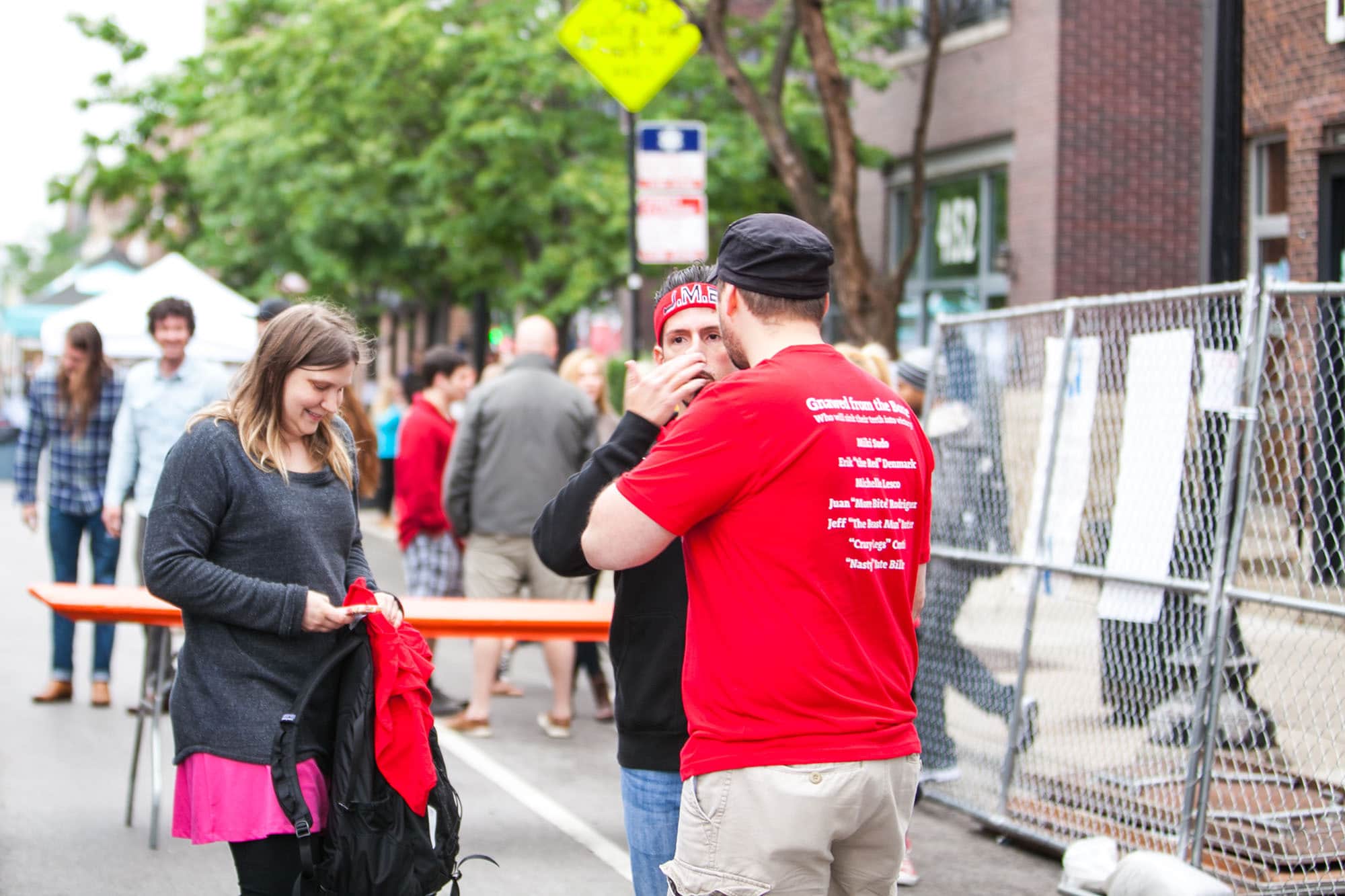 I was so unprepared to eat none of my friends were there! Had to get the last minute Facebook messages out.

Step 8: Ask the eater next to you how this all works.

Lean over to the guy next to you and ask what you’re supposed to do. Do you throw the empty bones in that empty tray? Do you need to clean the bone? How long is this contest again? He doesn’t know either. Good luck.

I had no idea what I was doing.

No matter how unprepared you are to eat in an eating contest, all you have to do it eat. When standing on that stage, in front of that crowd, after the emcee counts it all down, you eat. You eat through the terrible jaw pain that sets in two minutes in. You eat even if you’re head is telling you you’re going to puke. Compose yourself, push those feelings back. You eat until your cheeks are full of meat. You eat when a vegan radicalist group storms the stage in protest. You eat, knowing the guy next to you has twice as many bones cleaned. You eat knowing you can’t possibly beat anyone else at the table.

You eat for the entire eight minutes.

You eat until the emcee counts down the end. 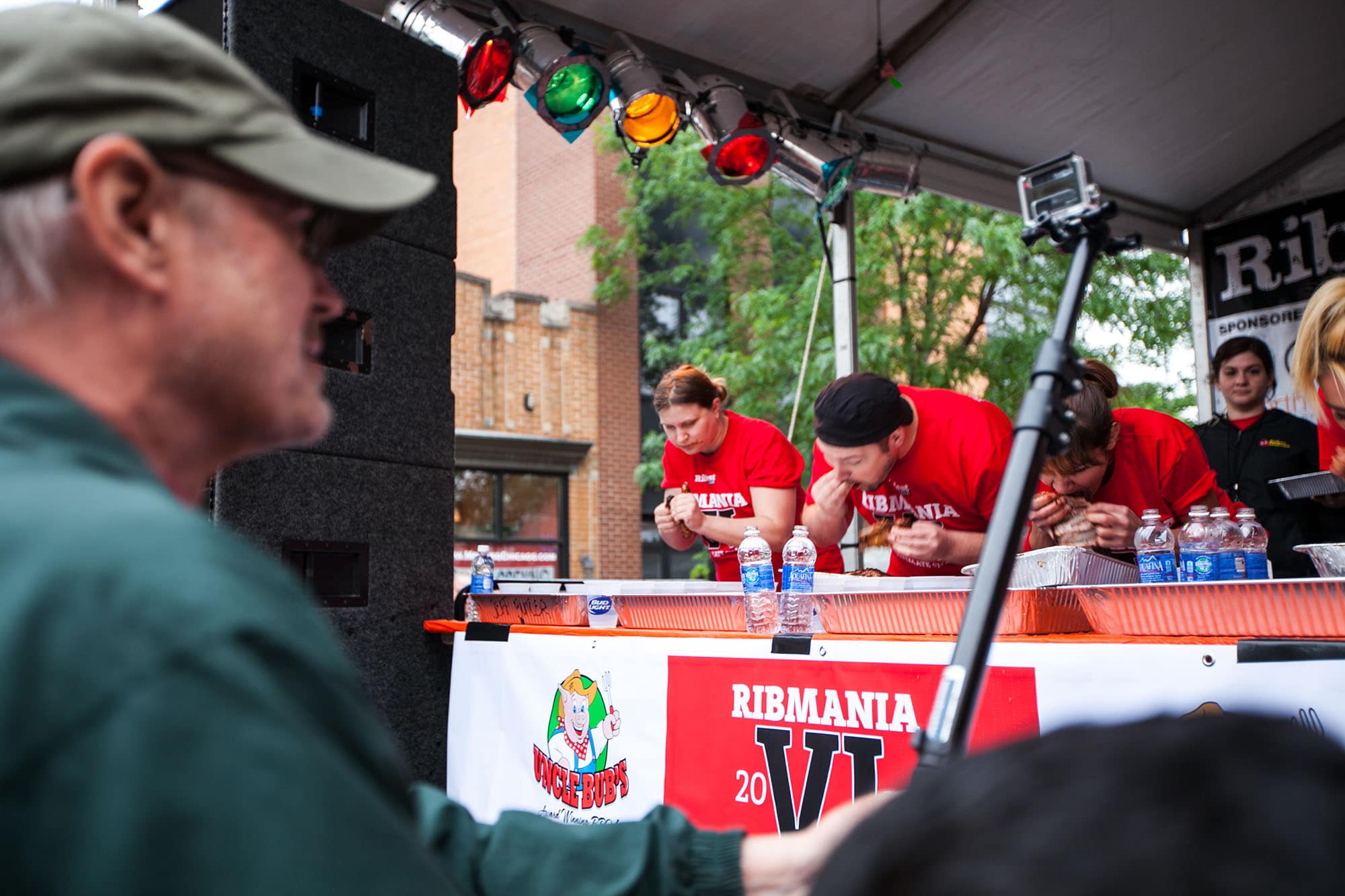 Eating. Because it’s all I can do.

See? Everyone has their day.

Maybe even you. Someday. If you’re actually prepared. 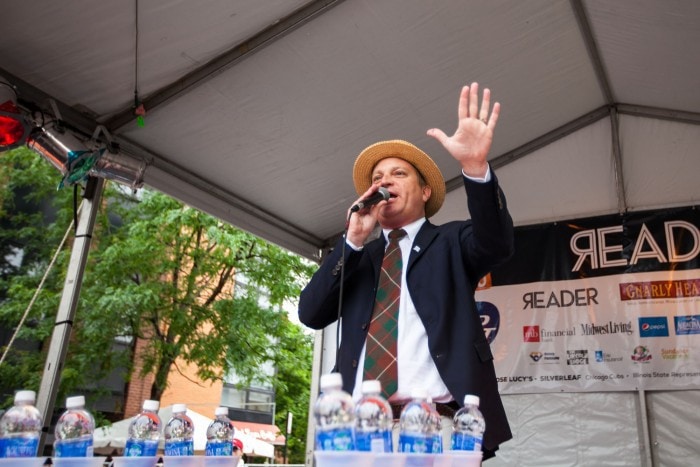 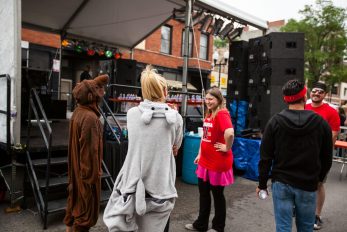 Nervously waiting for the contest to begin. 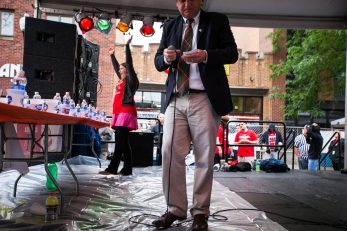 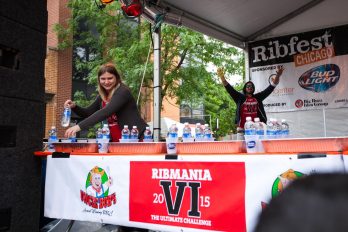 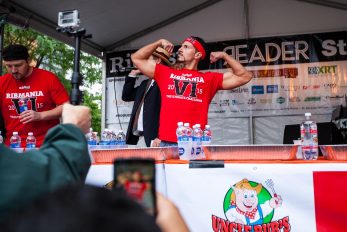 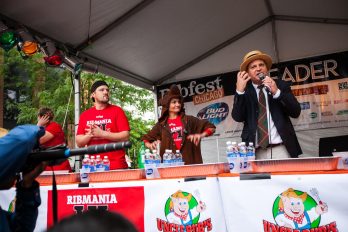 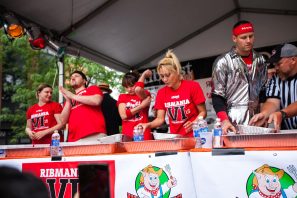 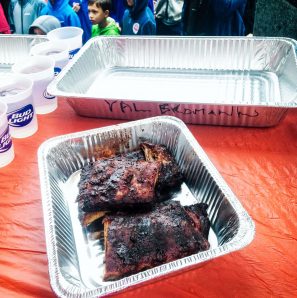 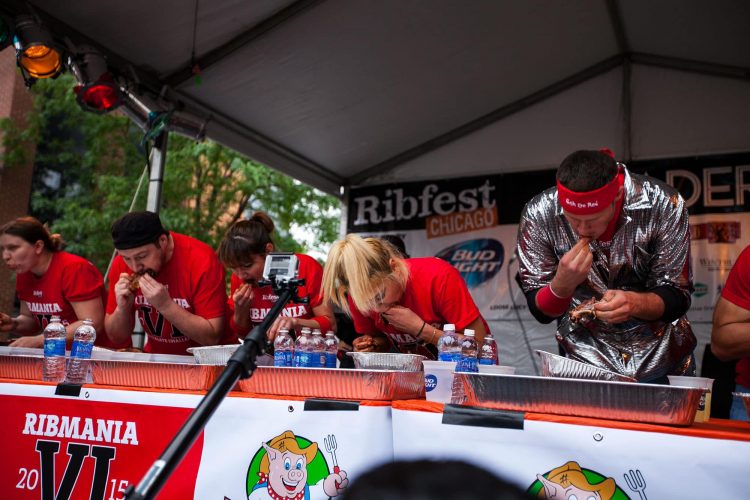 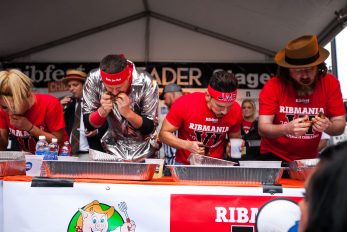 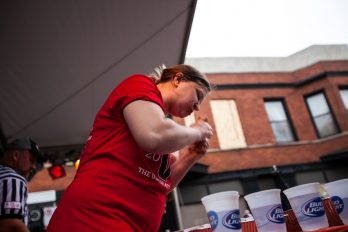 Eating in the ribs eating contest. 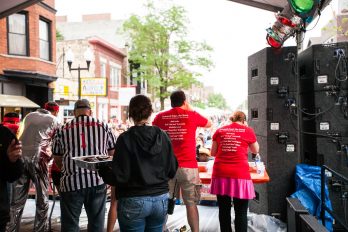 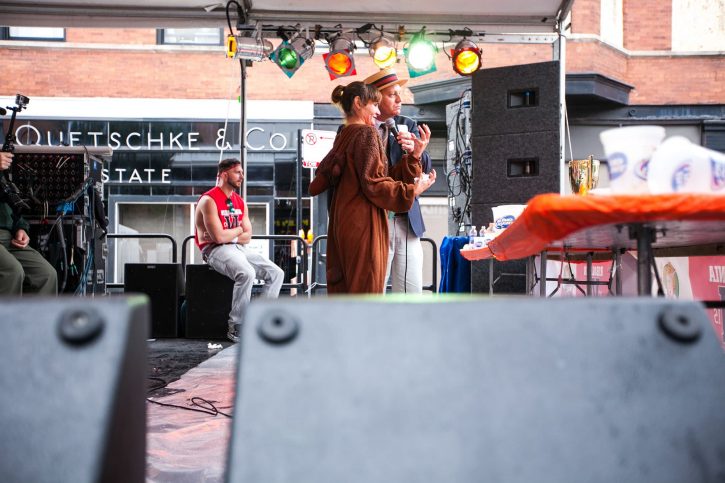 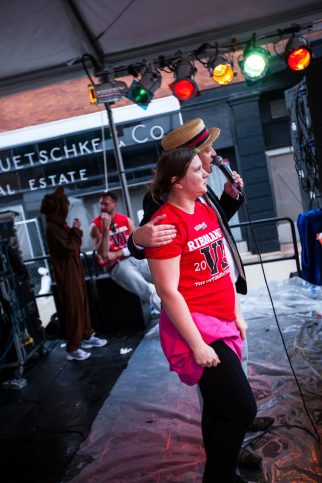 I had to talk in front of the crowd. So obviously my mind went blank. 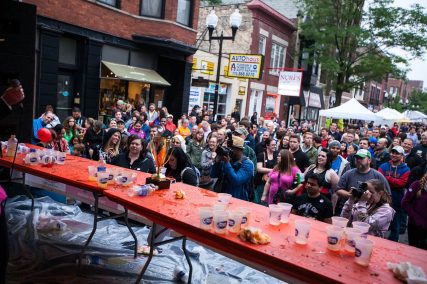 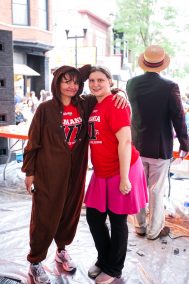 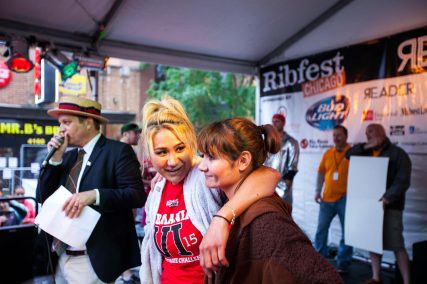 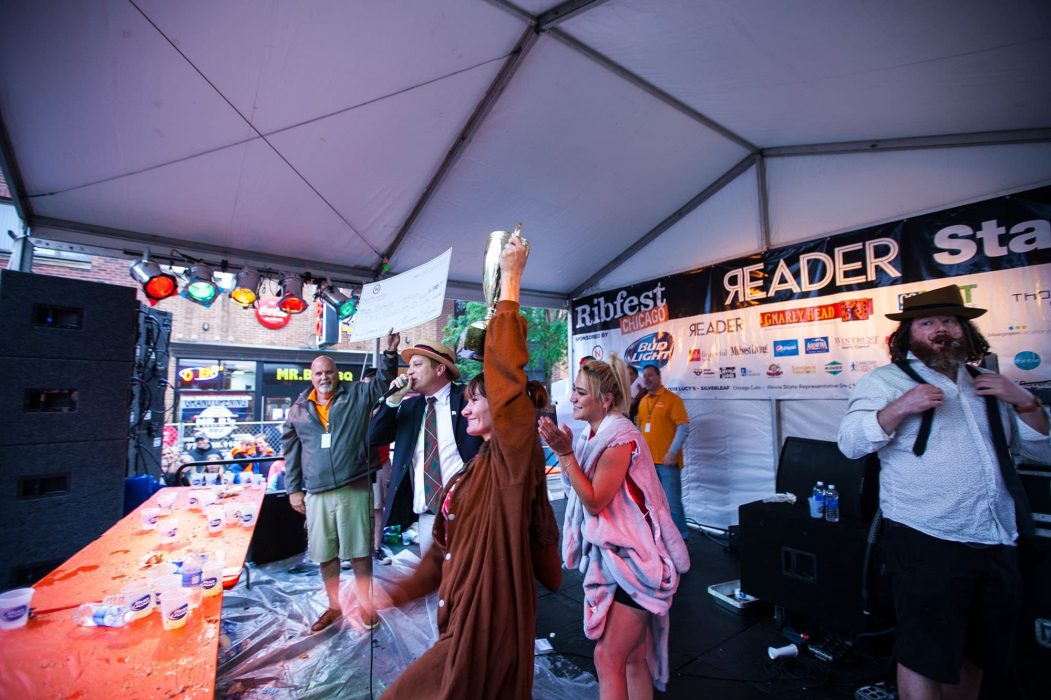 Thank you Meliss (Waxology by Meliss) for taking the photos! 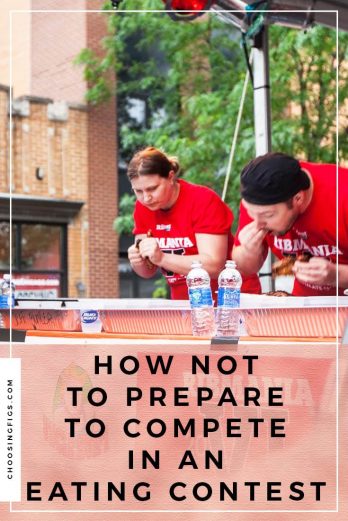 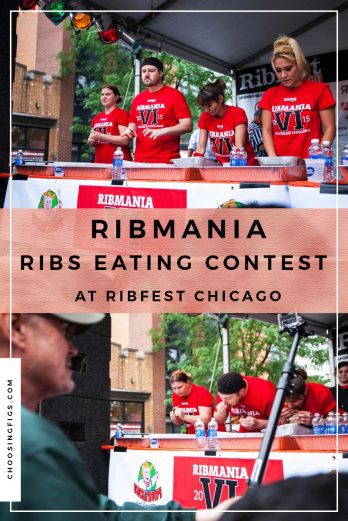 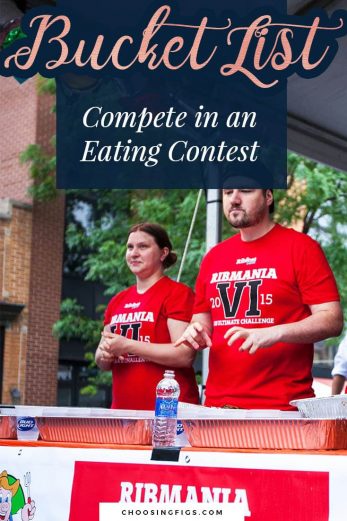