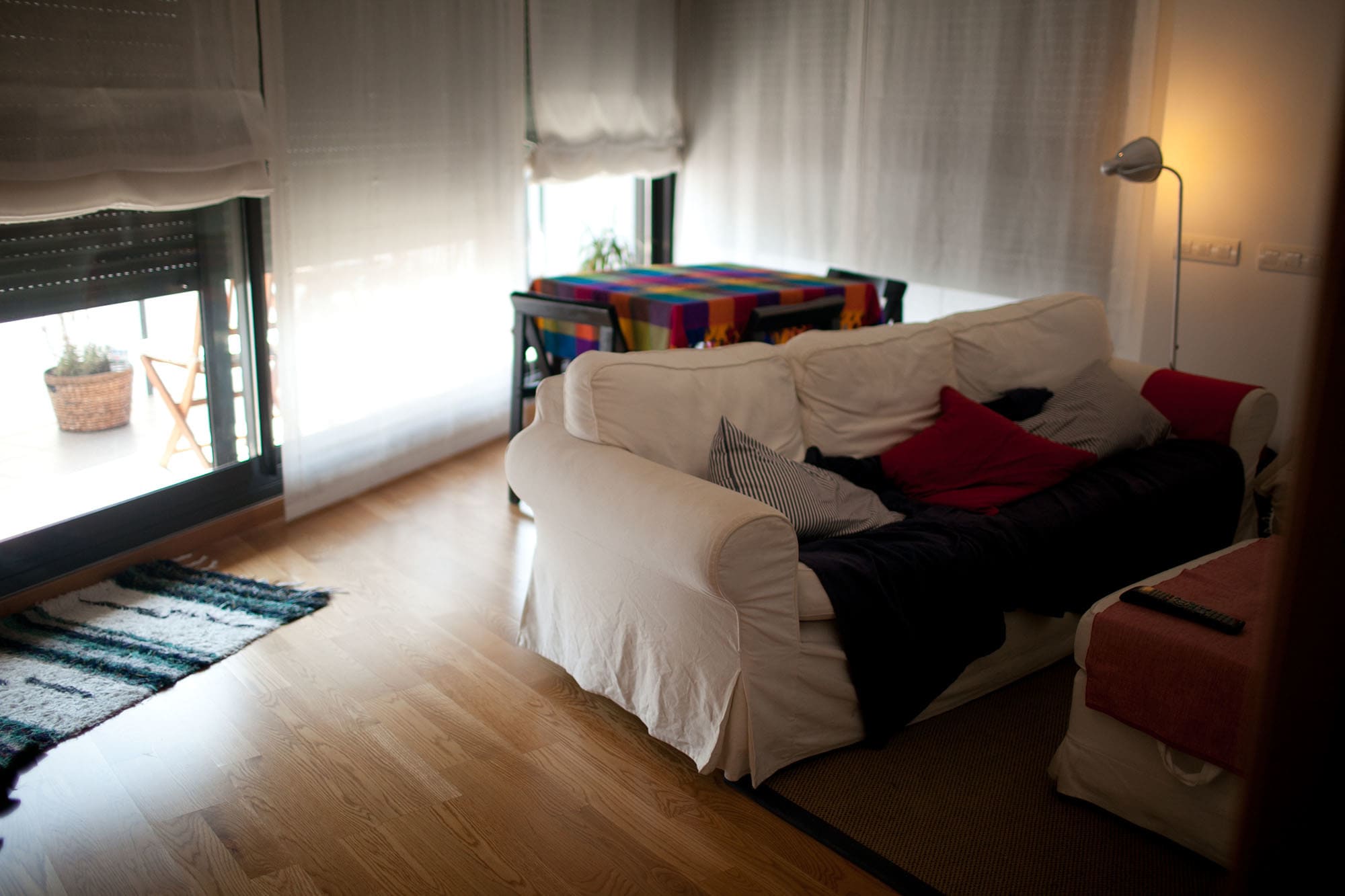 Renting an apartment in Barcelona, Spain. 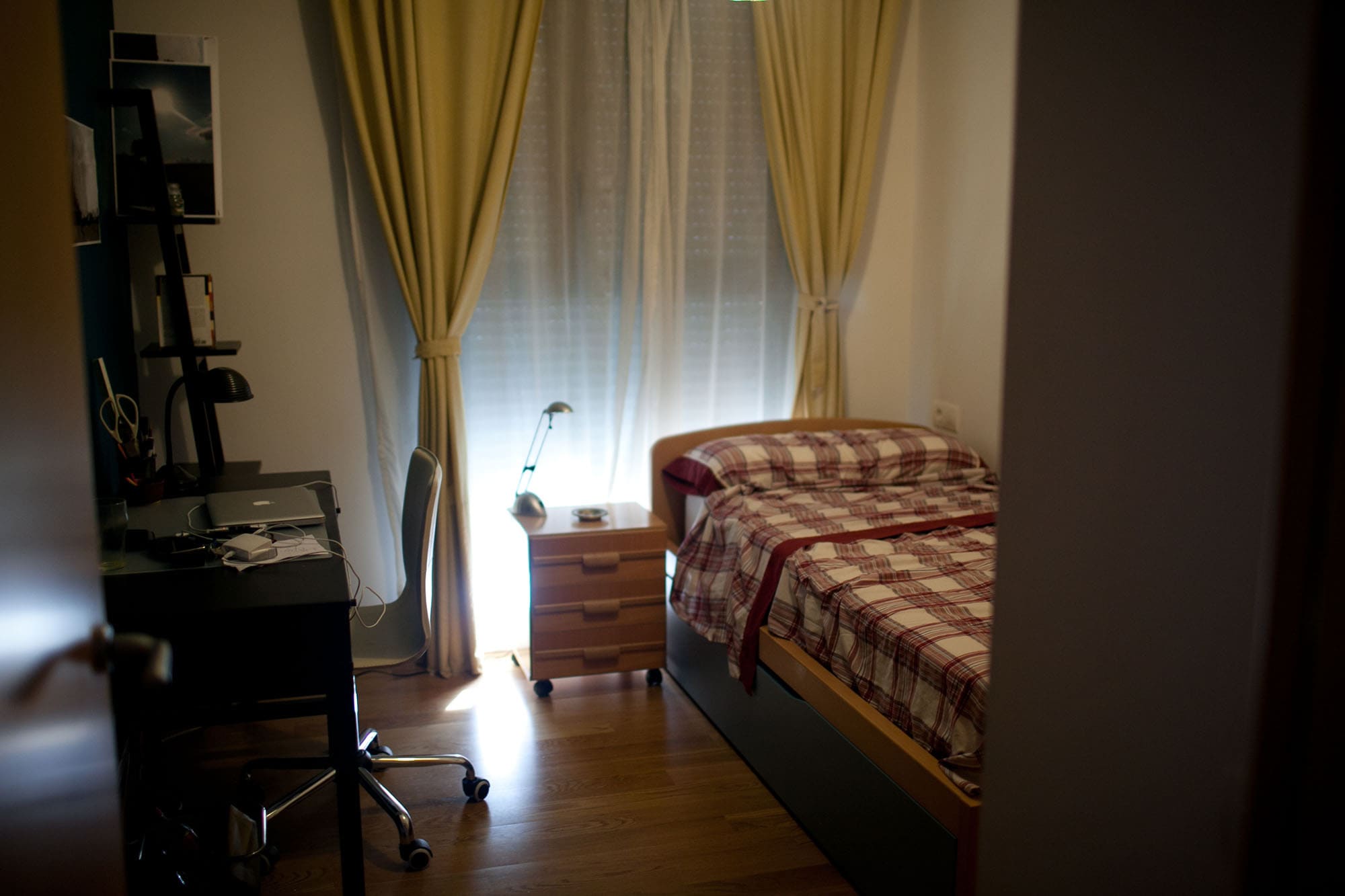 In the months before I left on this ’round the world journey, when I was questioning what it was that I really wanted, when I was having doubts and second thoughts, I recited this little mantra I’d made up for myself:

I can have it all. Just not all at once. And not right now.

I want to travel the world. But I also want a pretty home. I want to get married. I want a puppy. And these polar opposite desires don’t really get along. I had to remind myself that I was not choosing one or the other. I was just choosing to do one now and another later. I was choosing to travel now and then someday have the house, the husband, the dog.

You see, this whole “travel the world” thing is a actually a relatively new idea for me.

This whole “travel” thing is actually a relatively new idea for me.

I was always someone who dreamed of exposed brick and granite counter tops. Who had a slight obsession with buying lamps. Who scoured over home furnishing websites creating wish lists of couches and spatulas. 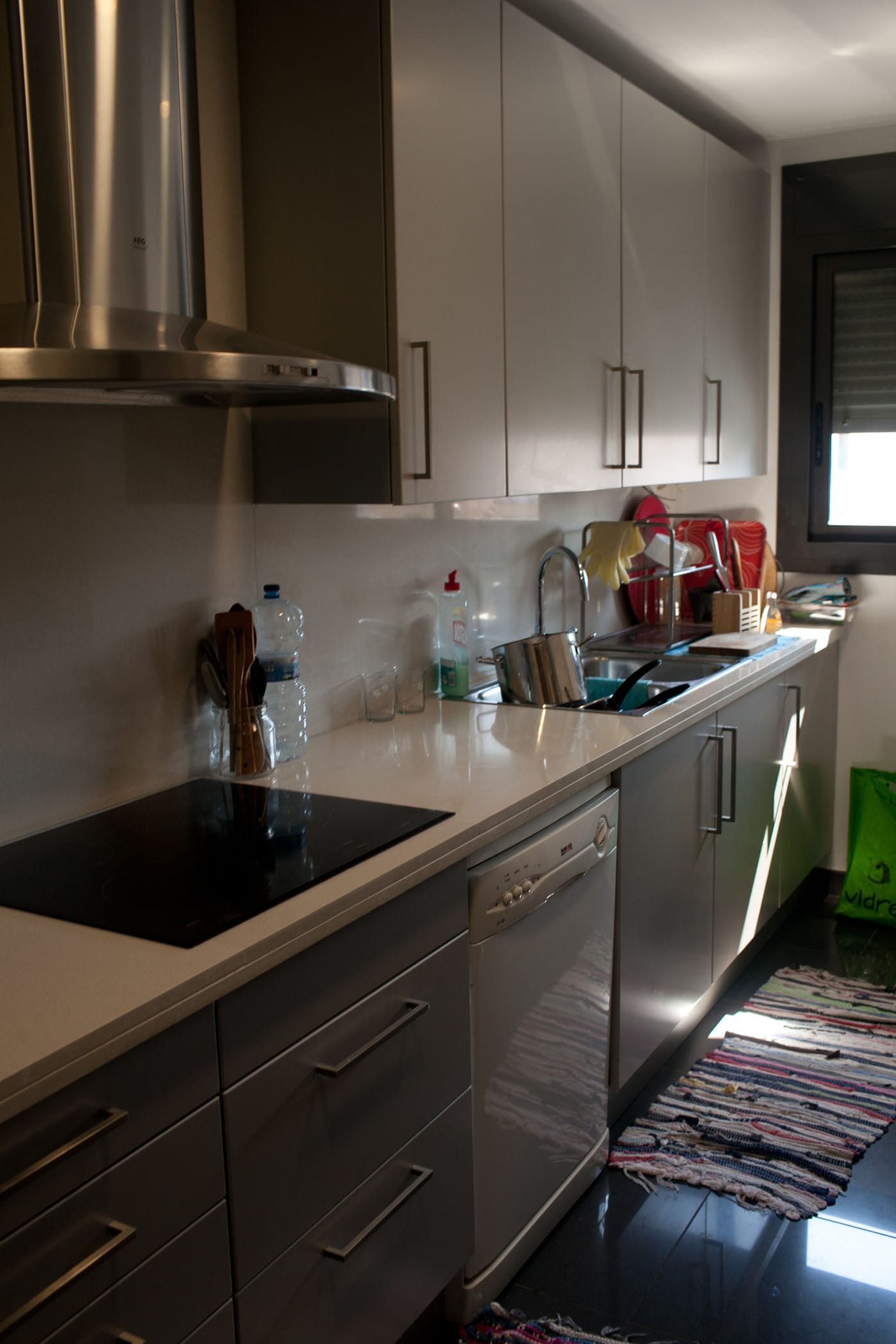 Growing up the only vacations my family took were to Disneyland and Disney World. Once each in a rented van. Both times were when I was too young to remember anything except for meeting Tigger and a dragon of some sort stealing my raisins.

I never even boarded an airplane until after I had graduated from high school and my sisters and I flew to New York City.

I never had any desire to go abroad. Travel was just never something that was ingrained in my lifestyle.

And then I got a passport and a car. And began to see the world. 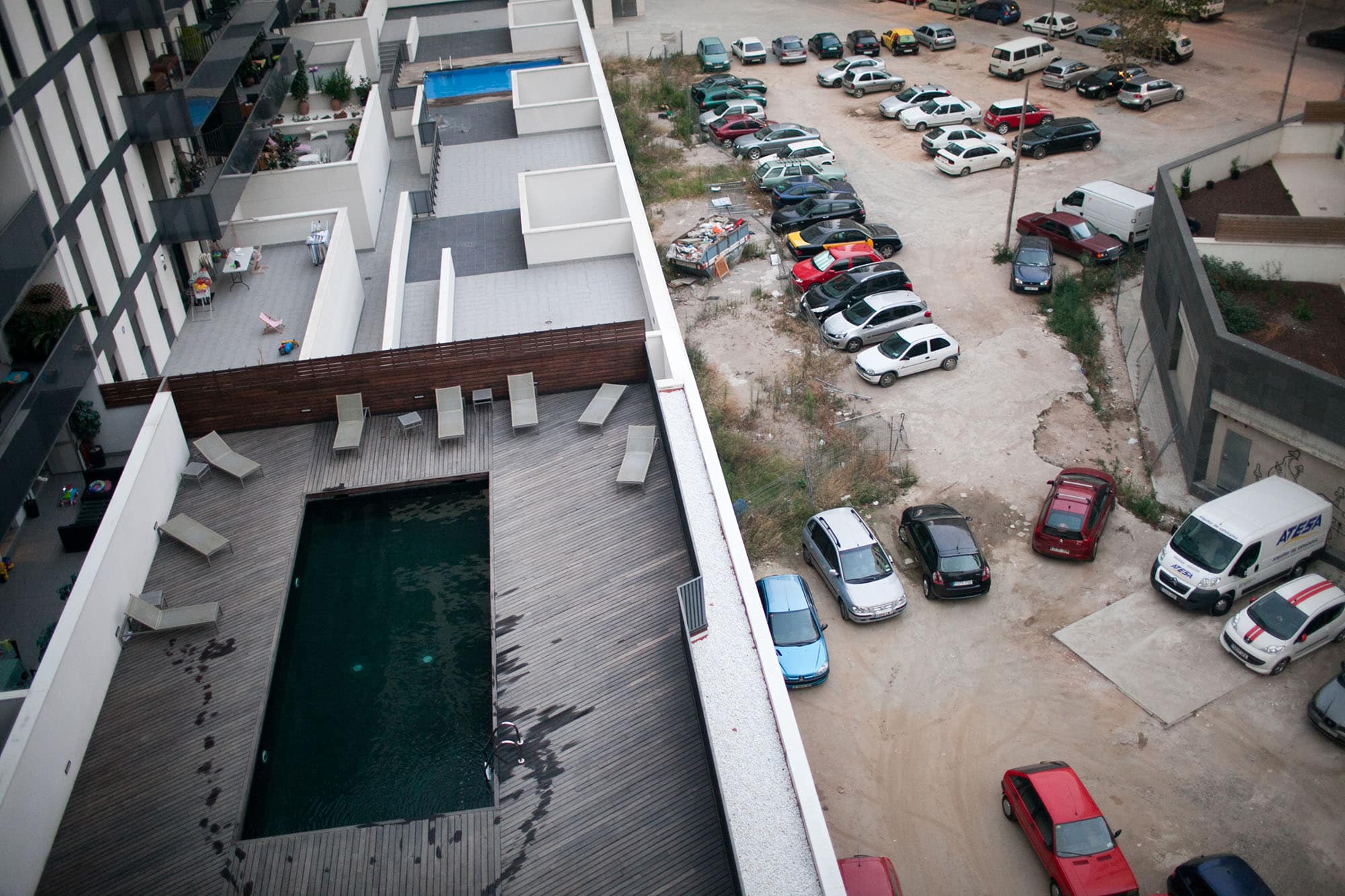 The part of my brain reserved for armoires and tea sets was now also occupied by a list of countries to see, cities to visit.

And I could never quite choose which I wanted more.

It’s because of this that I’ve put off so much in my life. Unable to decide what to do I settled with doing nothing, wafting between possibilities, but never really choosing.

And then I decided to choose.

I now realize that I can still have a home and a husband and a puppy. Some day. I’m not giving up on that dream, I’m just fulfilling another.

When I left this was still a hard concept to grasp. I made it no secret in my first month of travel that I just wanted to be home, that I wasn’t getting along well. That maybe I was just meant to be and stay a homebody. I was crying in a hostel and trying to figure out what I could do to make this trip work for me, how I could make it so I could keep going, make it to at least the three month mark. And I came to a decision, a compromise: I could make a home somewhere. 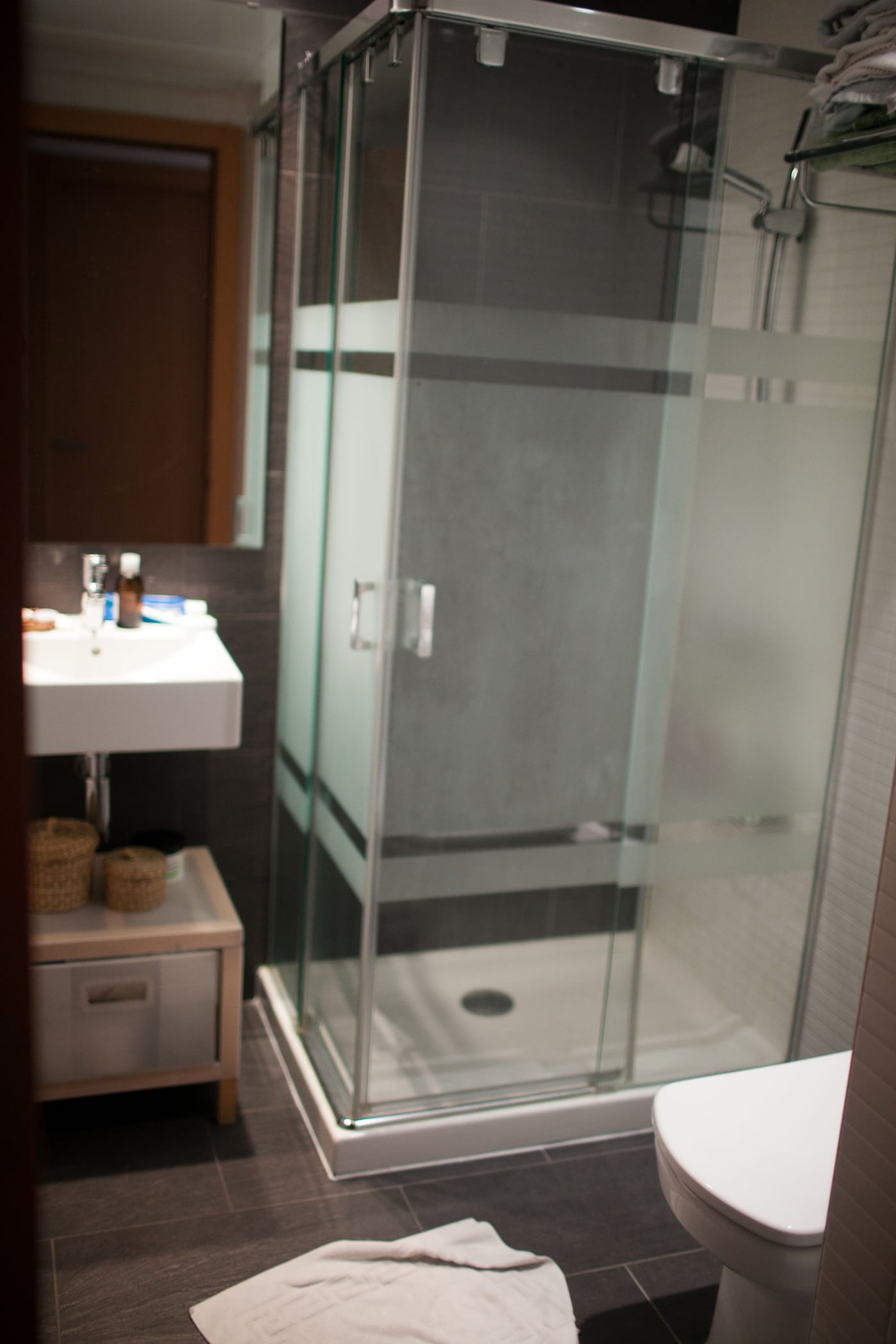 And that’s when I decided that I would spend a month in Barcelona.

So I went on airbnb and booked myself a room in someone’s apartment for a month.

And now, here I am, writing this from a sun-filled living room of a Barcelona mid rise. 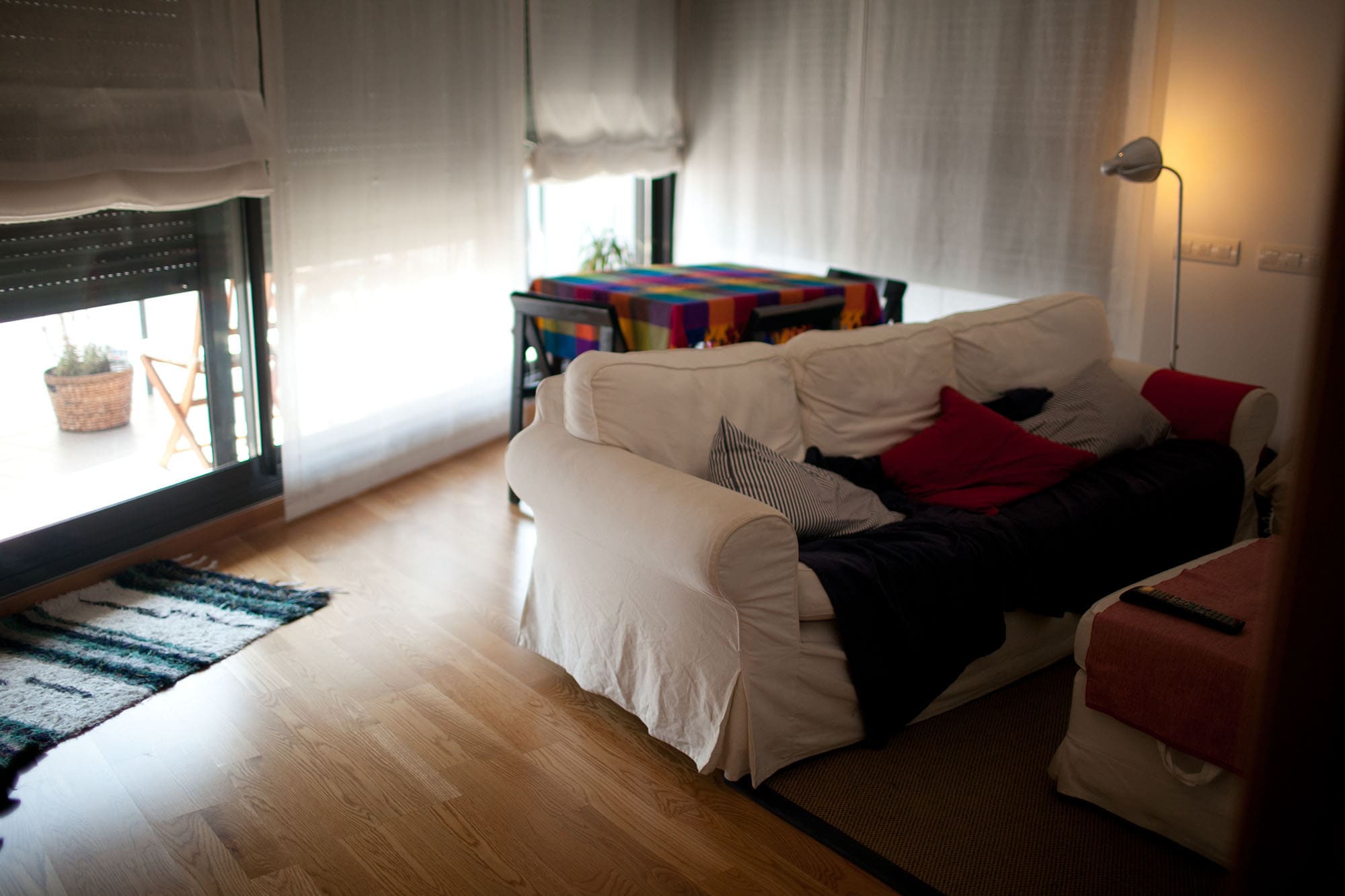 And even though I’m now doing fine with this idea of long term travel and am planning and plotting ways to extend my trip, it’s nice to know that for four weeks I’m able to unpack my bags, to cook dinner in a kitchen, to take a shower in a clean bathroom. And just have a place to call home. 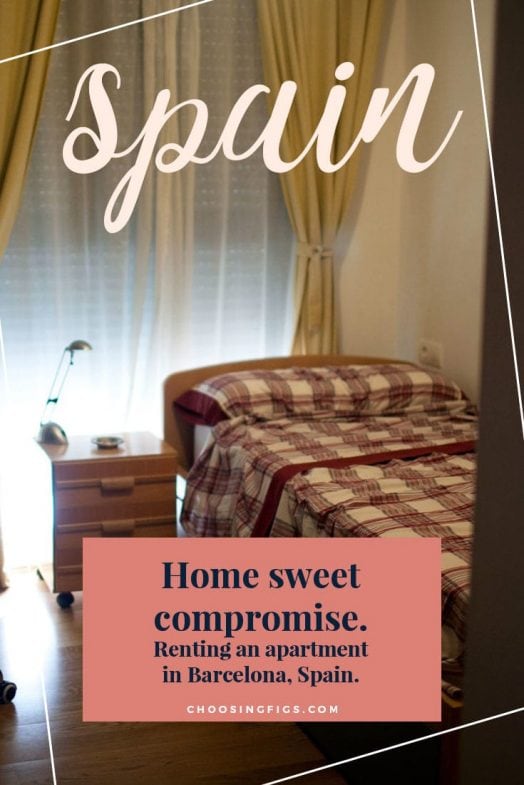 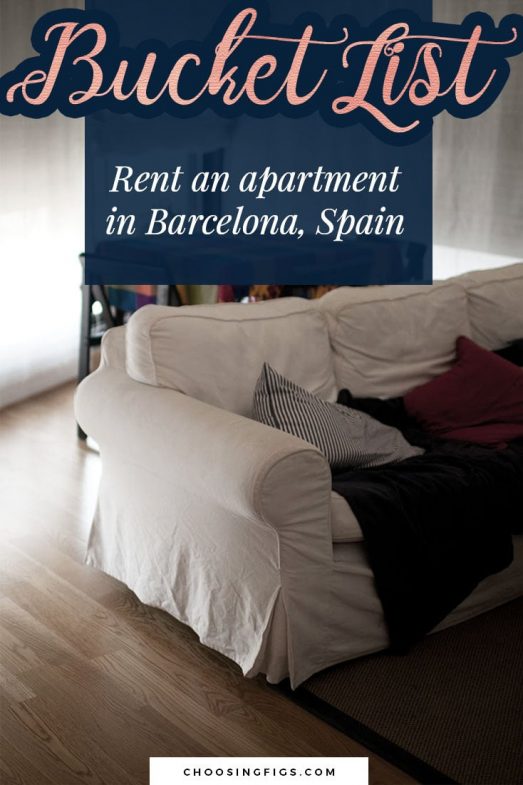 in Barcelona, Europe, Round the World, Spain, travel
by Val Bromann

Someone dies in this one.