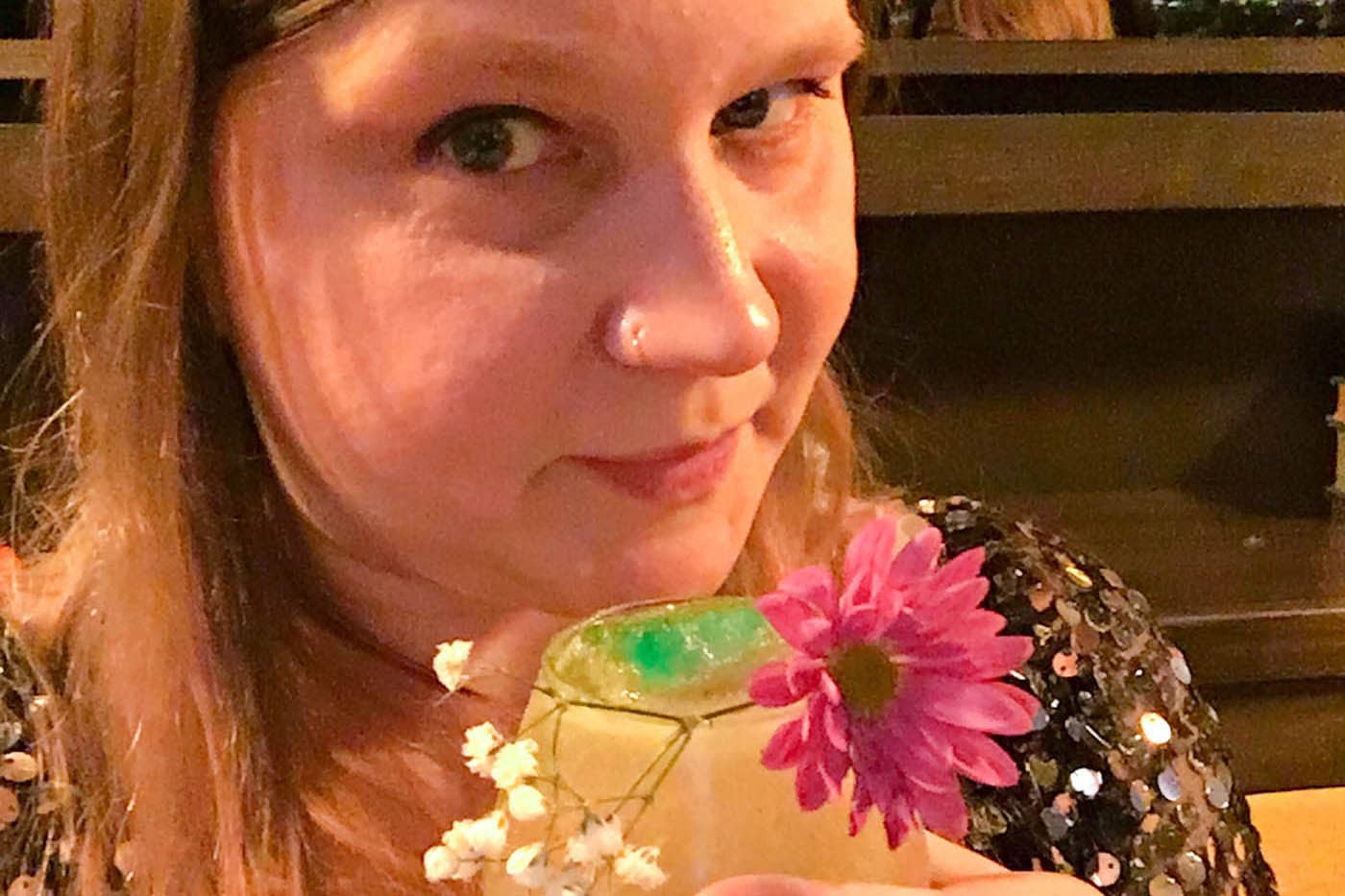 I had wanted to write something witty or thought-provoking or… coherent… here to ring in the new year but I ran out of time before New Year’s Eve, spent New Year’s Day in a hungover stupor watching reruns of Food Network Star on Hulu, and then went back to work on Tuesday. And so, in an effort to actually post my annual New Year’s post at least somewhat close to the actual new year, you get what you get. 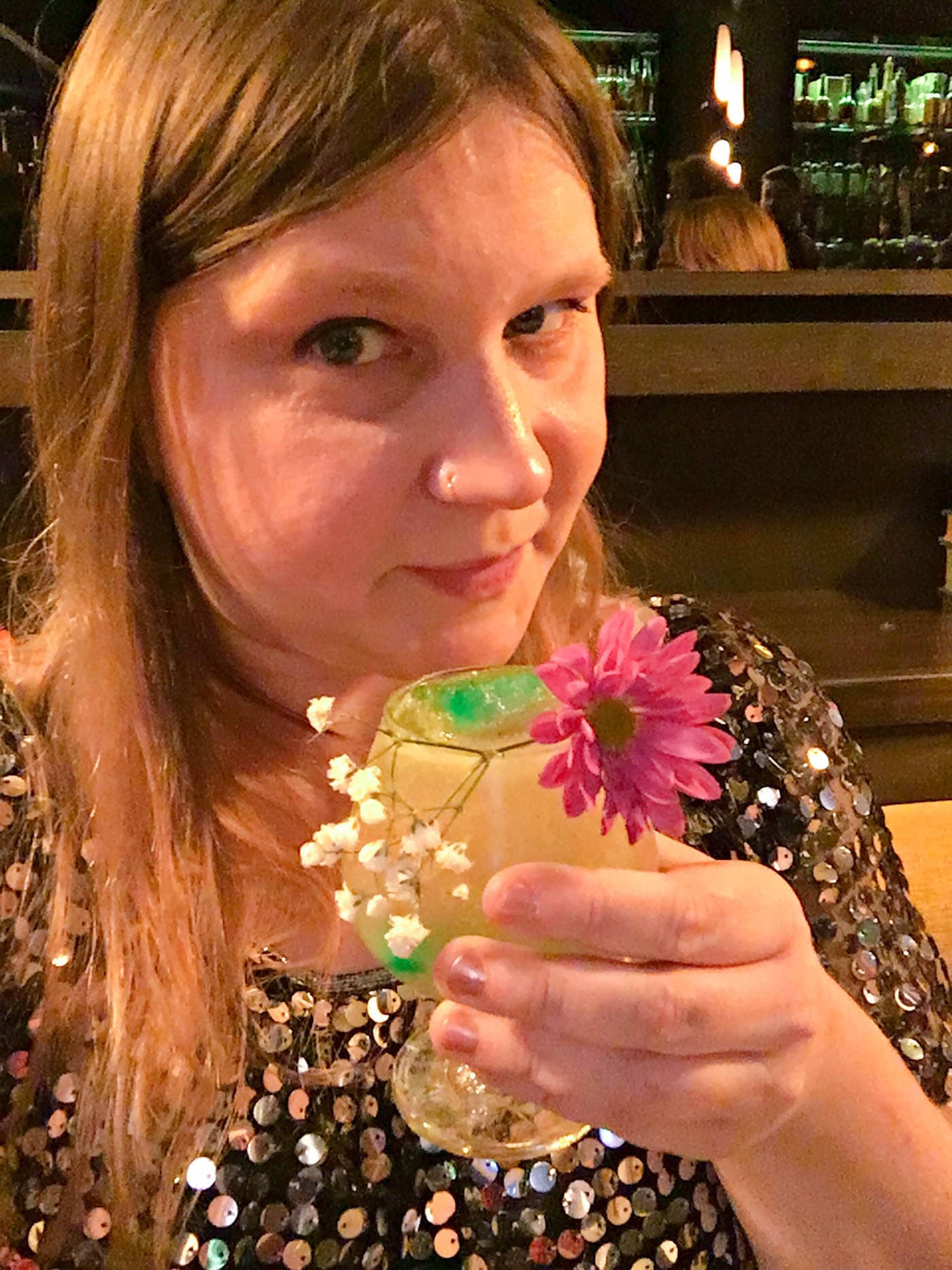 This cocktail was fancier than me and I am pretty fancy. 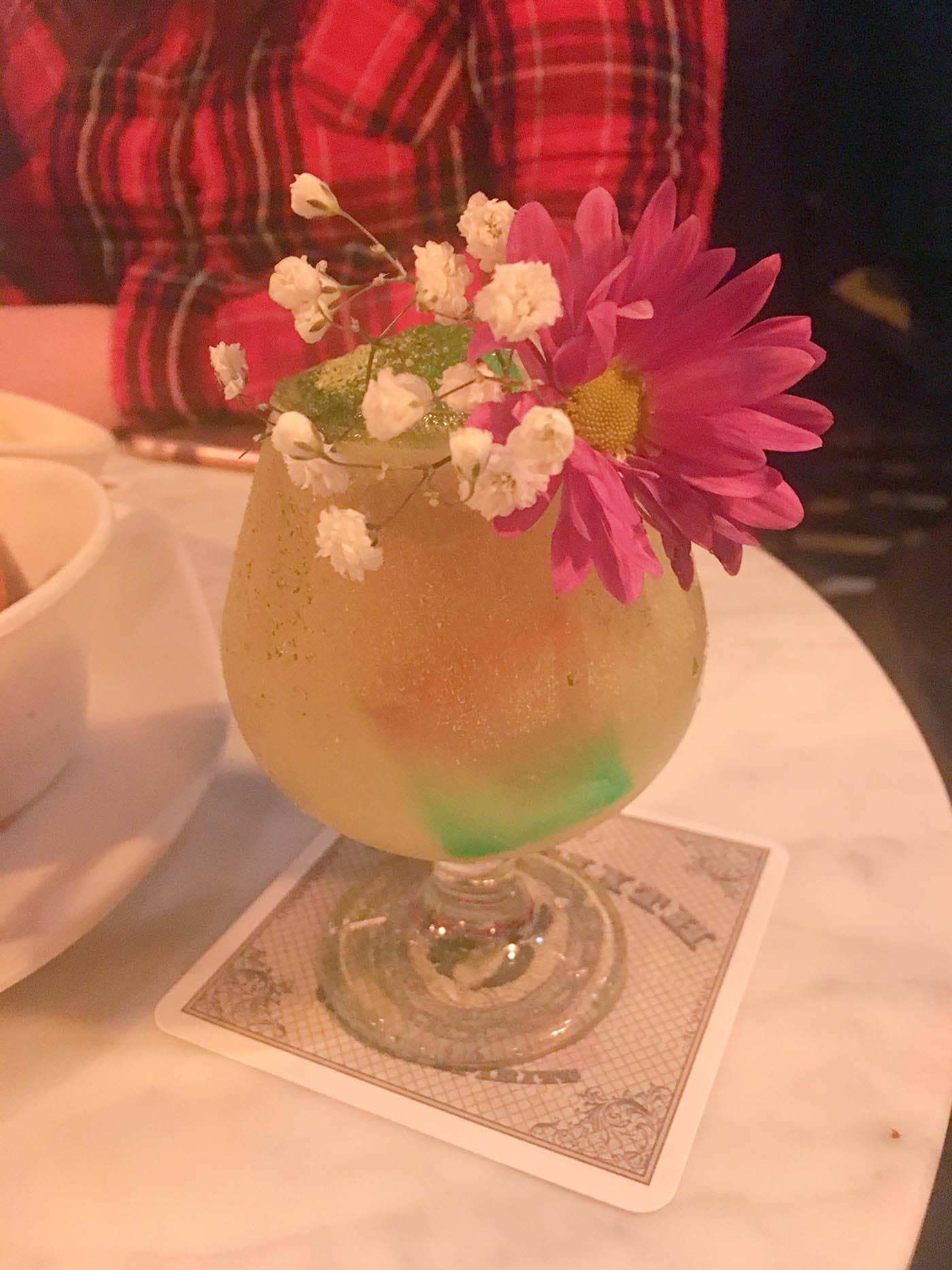 My cocktail came with flowers because my cocktail loved me that much. 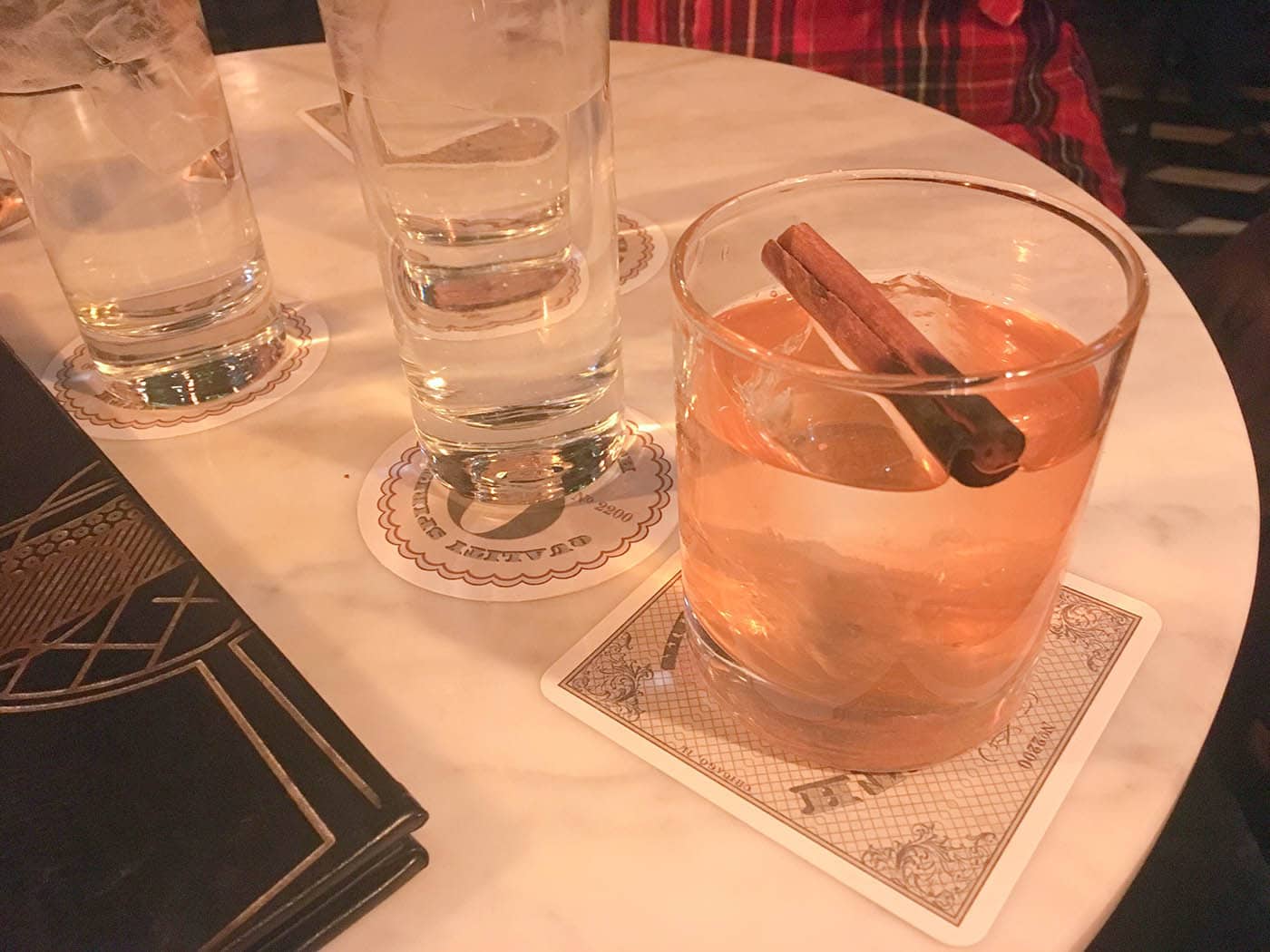 Every year I try to post a first post of the year that reflects on my goals for the next twelve months: what I want to accomplish, what I want to work on, what I want to do with myself. I always love this symbolic idea of starting the year fresh and making New Year’s resolutions, despite the fact that, you know, I usually forget about them by January 31…

Here are all the things I briefly thought about working on, like, three months ago, but decided to wait until New Years to actually start thinking about working on because, symbolism. 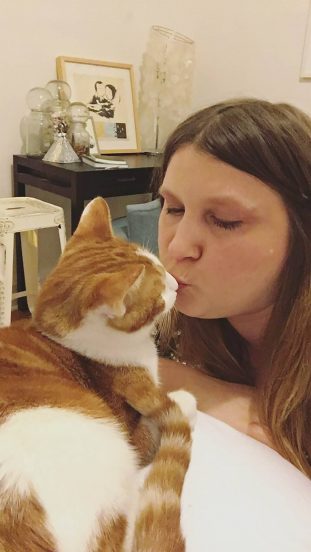 My New Year’s Midnight Kiss. OK so it was like 4pm kiss. He’s probably a better kisser than most men. 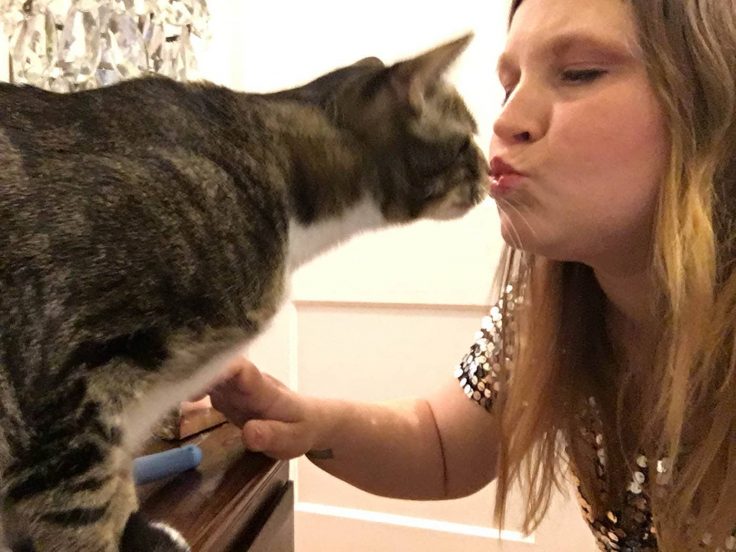 My New Year’s Midnight Kiss. OK so it was like 4pm kiss. I was just happy he didn’t bite me.

Lose Weight
In 2016, I lost ten pounds. In 2017, I gained those ten pounds back. Plus ten more. And as much as I want to be all body-positive and OK with myself at any weight and all that crap, I am not OK with myself. And the bigger I get the less confident I feel. And I don’t feel very confident right now. I think I say every year that I’m going to lose weight, but, this year, as the scale has tipped way higher than ever, as I avoid dating or getting my photo taken because I don’t want anyone to see me like this, it really is time I start actually doing something about it.

Cut Down on Sugar
This goes along with losing weight. Sugar is probably my biggest enemy. I drink way too much soda and way too many hopped up Starbucks lattes. I eat way too many doughnuts and chocolates and desserts. And it has to stop. I’ve started the year by trying to give up soda (I haven’t had any since my last sip of a whiskey and Coke around 1am on New Years Day, I’m expecting withdrawal shakes any second now) and turning to Whole30 recipes as guidance for meals (mind you, I’m not doing Whole30, but the recipes eliminate some of my biggest offenders so I figured it’s a good place to start.)

Order Less Take Out, Go Out to Eat More
OK, so this one might be counter to the last two goals. But I have no intention of denying myself of everything all the time. What I do intend to deny myself of is the shitty takeout food I Grubhub because I am too lazy to cook, too lazy to leave my apartment, and too lazy to find somewhere better. So instead of ordering shitty takeout I’m going to force myself to both cook more and go out and try new restaurants. Or, at least, leave my apartment once in a while even if it’s just to go to the bar across the street for dinner.

Finish Projects
My mind races at a million miles per minute. I get so many ideas and want to work on everything in the world right at this minute. For instance, I actually have three blogs. Two of which are sorely neglected (sometimes, all three), all of which I have mile-long to-do lists for of outstanding sub-projects. But then I have ideas for two more blogs that I’d like to launch and a million other things I come up with and I end up starting new things and never actually finishing anything. So I’ve taken my to do list and separated out what I currently should work on from what I eventually want to work on and plan to focus on getting shit out of the way before moving on to anything new.

Make More Money
I want more money than I have now. I want to pay off my credit card. I want to fit travel into my life again. I need to feed the cats. I need to feed myself. I don’t want to debate at two in the morning whether I should take the bus home or call a Lyft. I don’t want to stay home because I can’t afford to go out. I just want to feel slightly more than comfortable. I started doing some freelance work at the end of 2017 and now have a couple of clients. That will help bring in a little extra cash each month. I’m working on ways to bring in money through my blogs too, and had my highest month of affiliate sales yet in December (of course, December is the only month I ever make real money on affiliate sales…). It also will really help when I finally have my student loan paid off in a few months and have $300 a month back in my pocket. Just sayin. 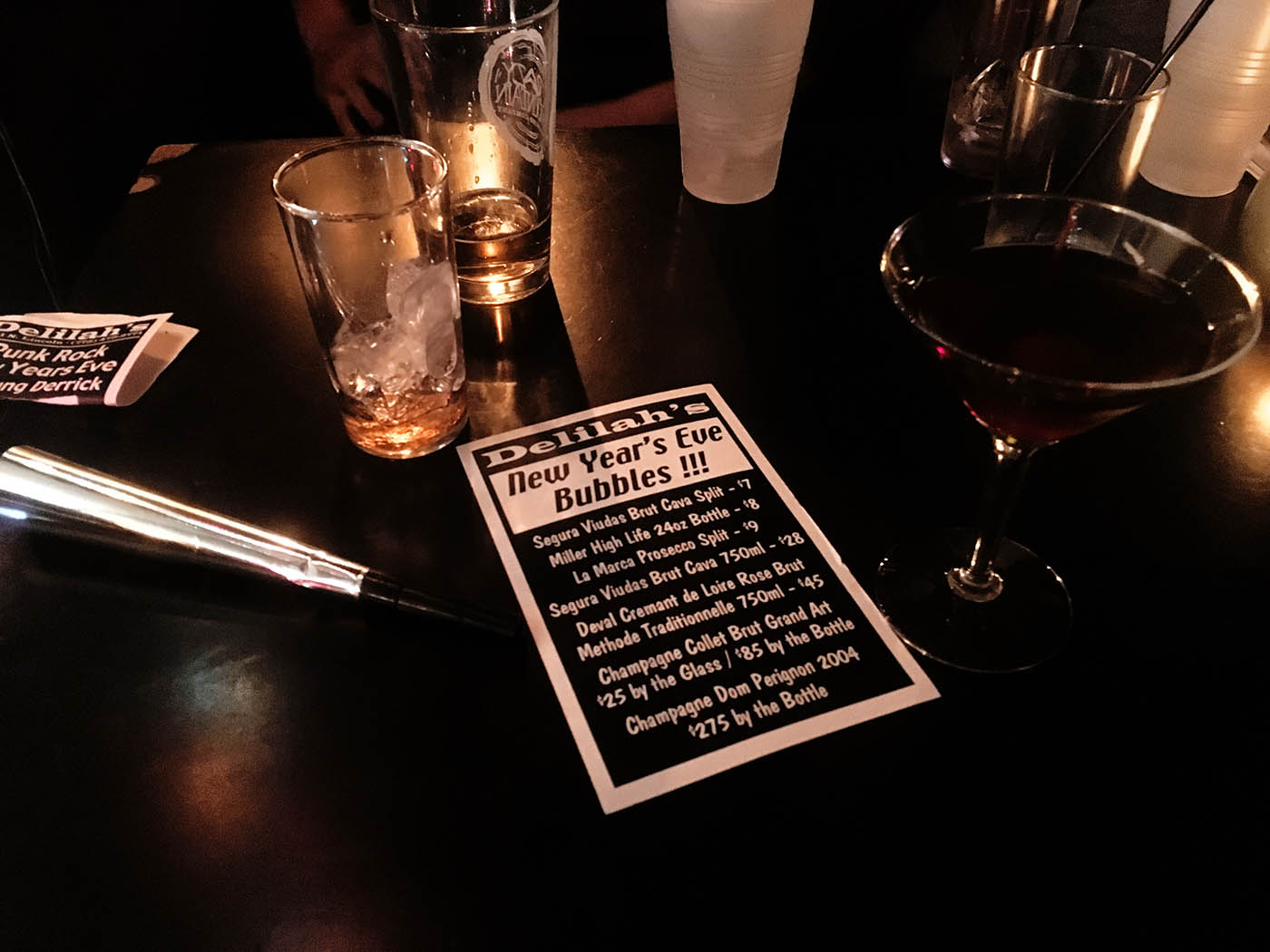 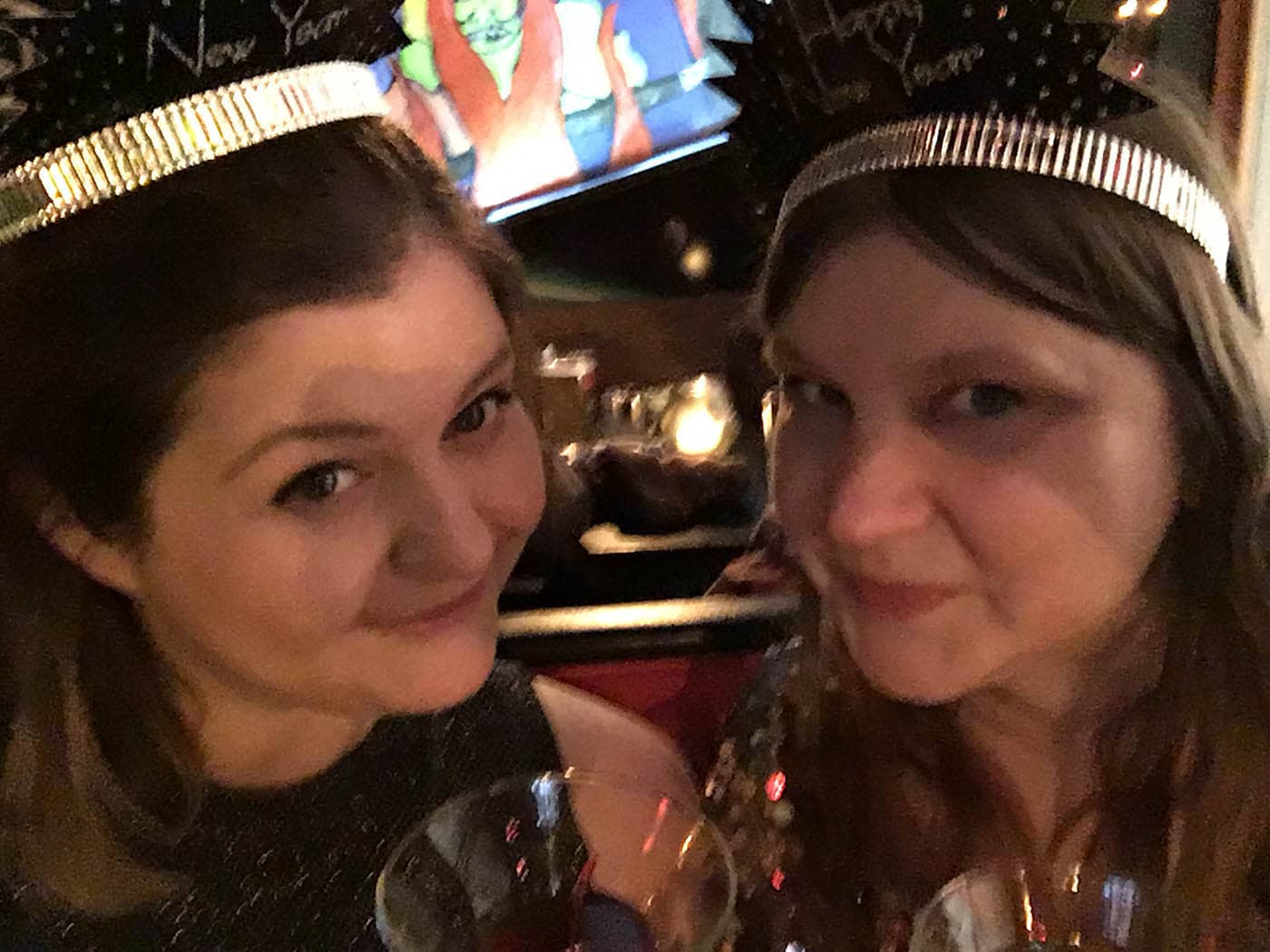 And… that’s it? That might be it. OK, that’s totally not it. But, in an effort to “finish projects” it’s probably a good idea to stop myself there. Because I could probably go on. And on. And on. 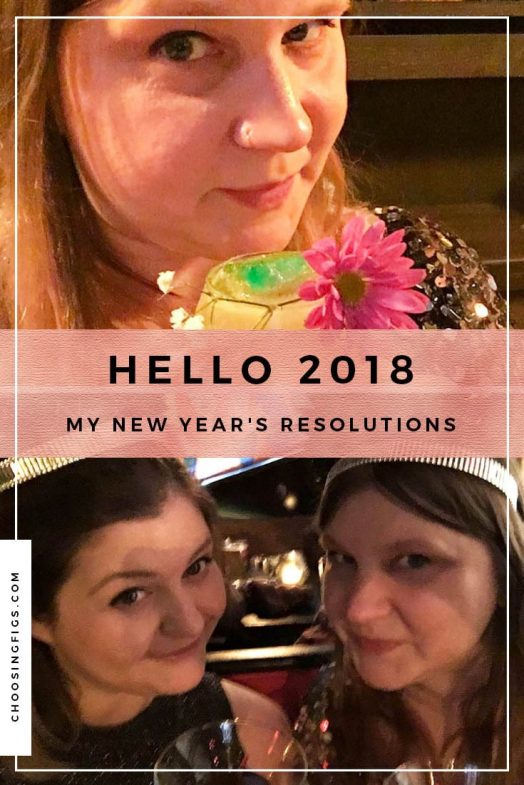 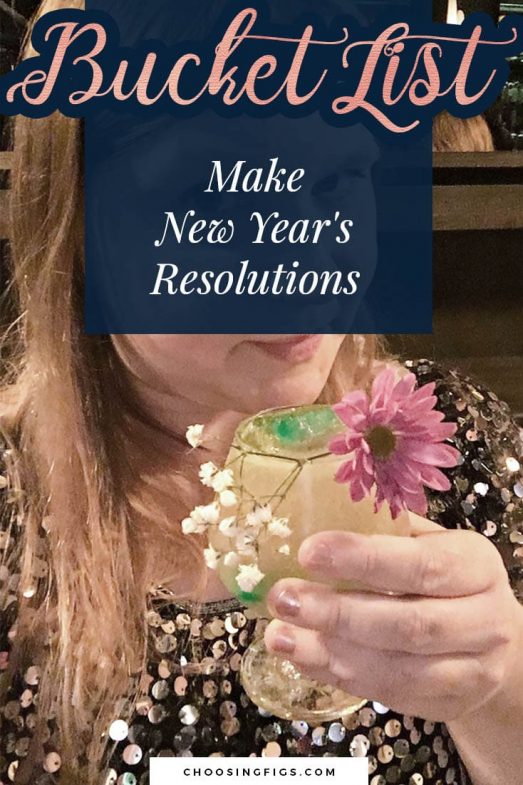 Happy New Year! What are your New Year's resolutions?

The year I didn’t blog.

Next post
I’m not OK with my body, OK?