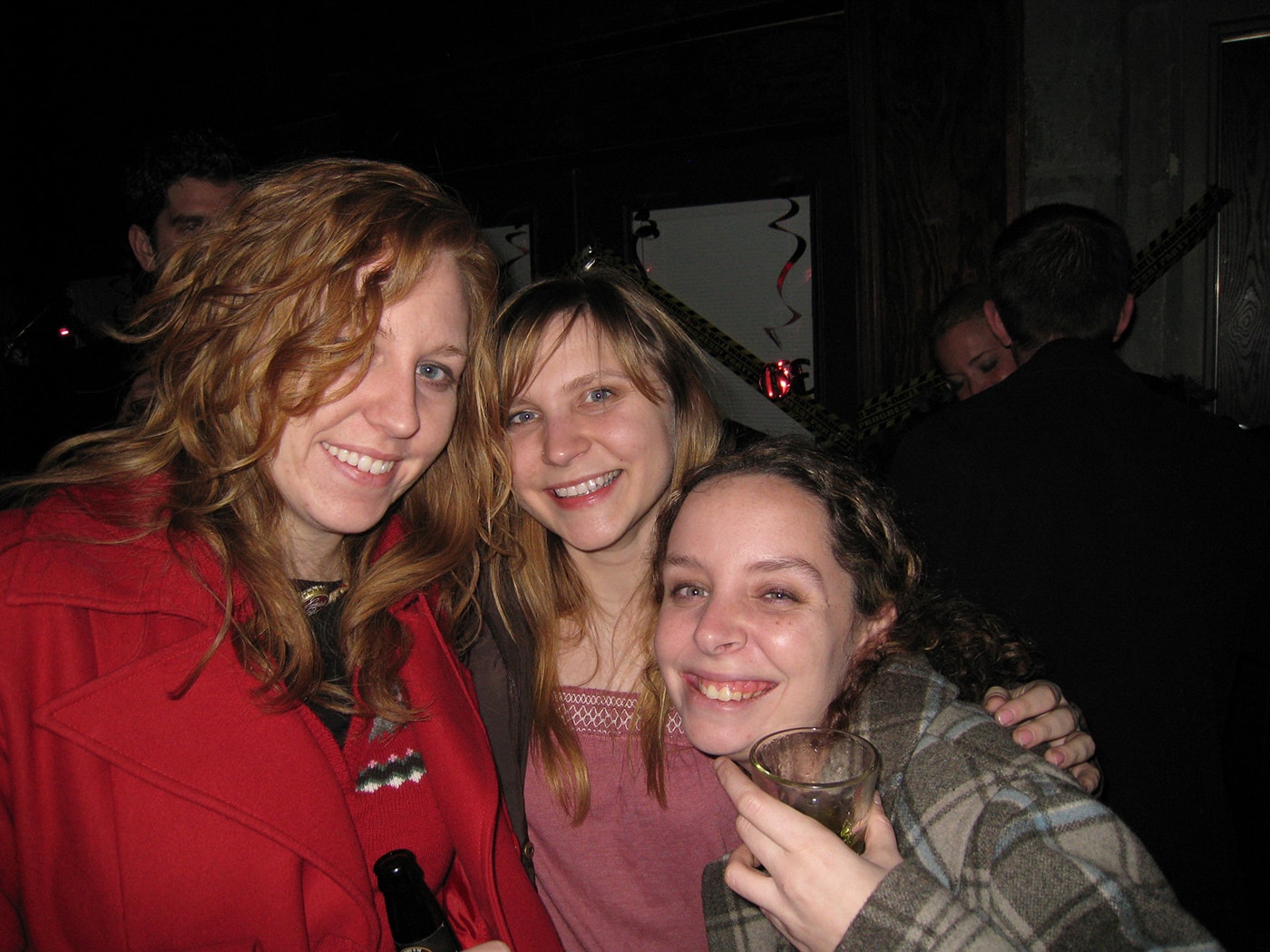 Heather is the best little whoreho.

Story of the night.

We get out of the cab at whatever o’clock in the morning and walk into the lobby of Emily’s apartment. “Wait…” she says…”where’s my phone???” She checks her pockets. Not there. She checks her purse. Not there. She dumps the contents of her purse on the floor to riffle through them and her phone is nowhere to be found. At this point she’s really frantic about losing it in the cab.

Heather decides that maybe we should try calling the phone and maybe the cab driver will hear it and answer. She’s already holding her phone so she goes to dial. “Wait…” Heather says…”this isn’t my phone!”

Yeah, so Heather was holding Emily’s phone the whole time…And then we all died laughing because it was just too awesomely funny.

Before this hilarity was obviously a night of good times. We (Heather, Josh, and I) met up at Emily’s, sat around watching the beginning of 10 Things I Hate About You (ahhh, Heath Ledger…) and then finally got off our asses and headed to dinner at Wakamono. I got the soft shell crab maki and a salmon nigiri. Yum. I went to the bathroom there, which apparently is the unmarked door next to the kitchen. I looked around forever for the soap which, apparently, is in the cast iron tea pot. 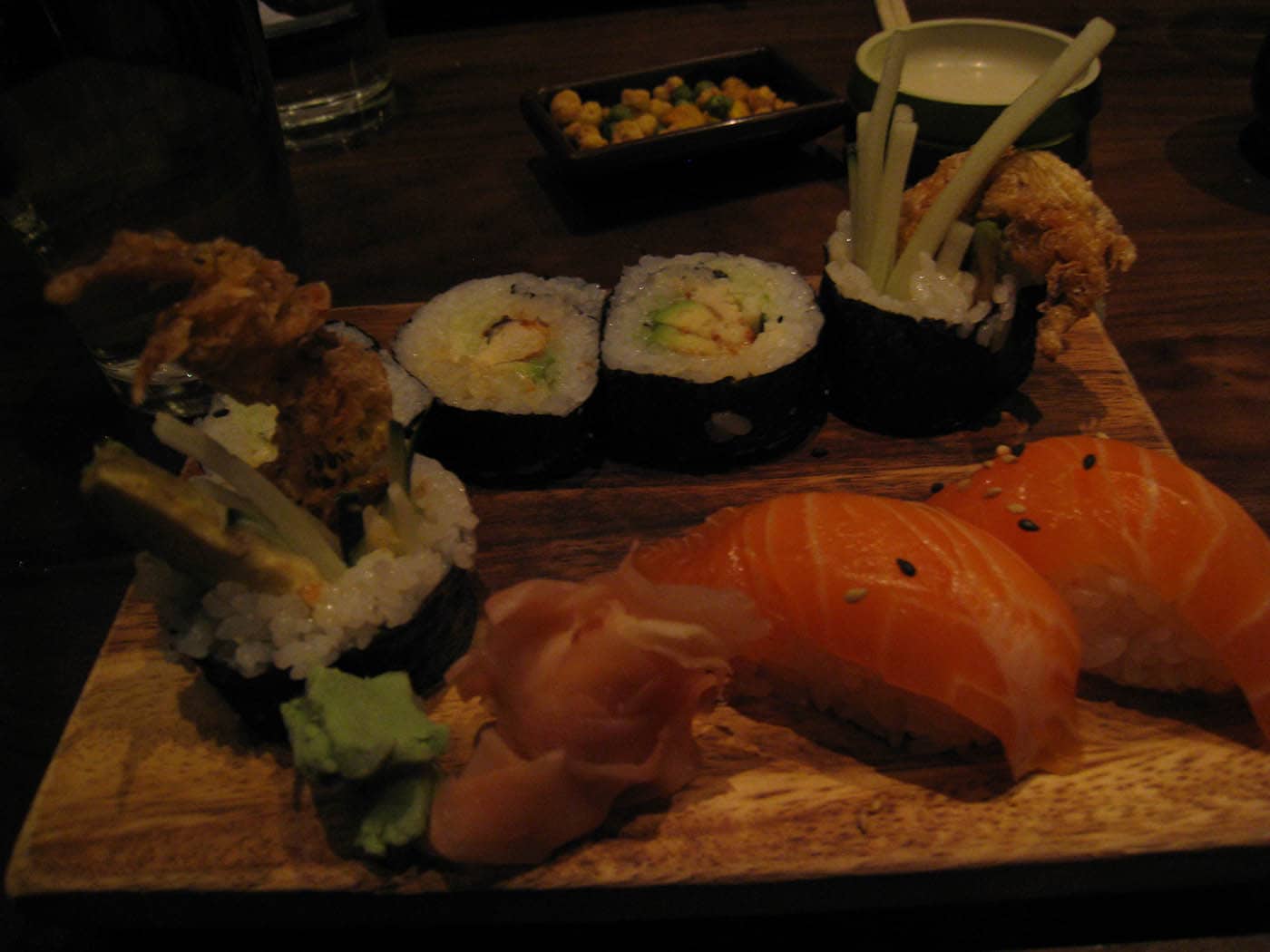 After dinner we again got kind of lazy again and ended up chilling with a bottle of wine and Heather and I made everyone watch Once Bitten. I love the movie and Heather loved it, and it was her birthday (kind of) so she had the power. Of course, no one else liked it. And Josh fell asleep 🙁 Once he woke up he insisted that it was the worst movie ever, so he went to IMDB to look up its rating and find which sucky movies had higher ratings. You will be happy to hear that The Gruesome Twosome has a higher rating 🙂 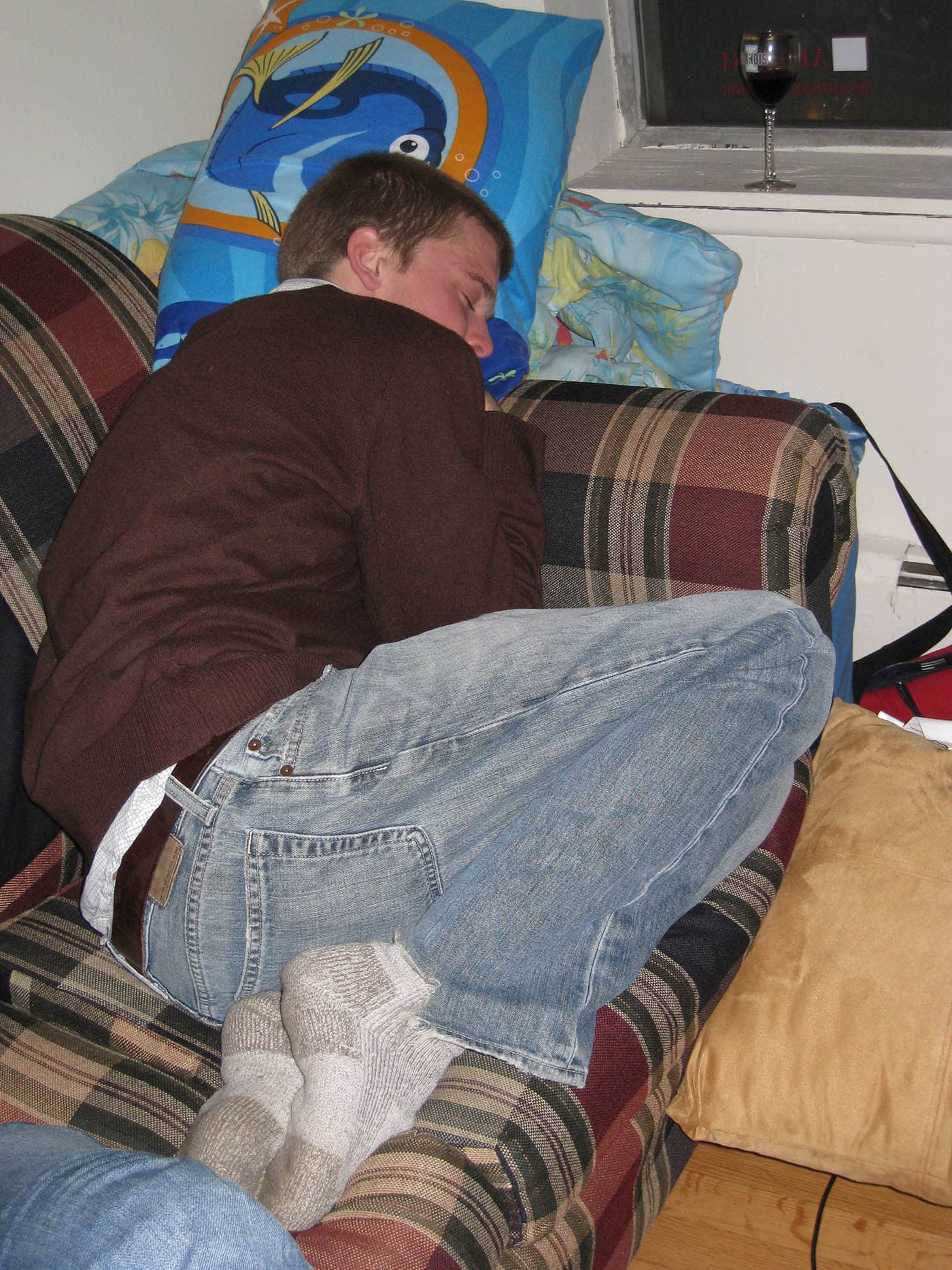 After the movie we finally decided to get off our asses and head to the bars. We first hit up Moxie for their $5 martinis. Josh objected to any bar that turned Nirvana into a techno song. I objected to the fact that my melon martini did not come in a martini glass. 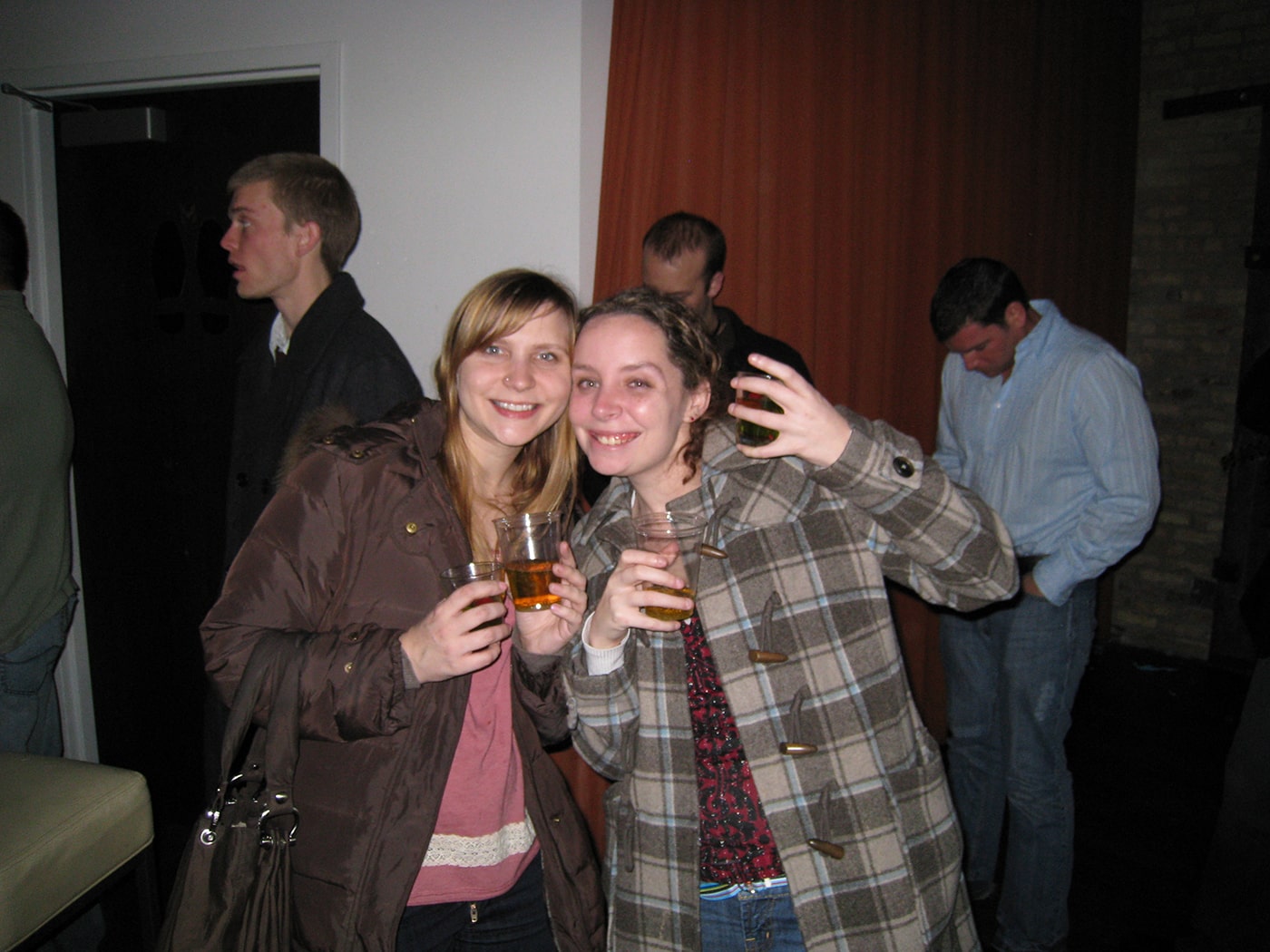 Later we headed across the street to the Ivy where they had much better music. Any bar that plays Like a Prayer AND Living on a Prayer (2 of the best songs ever written) is AOK in my book. 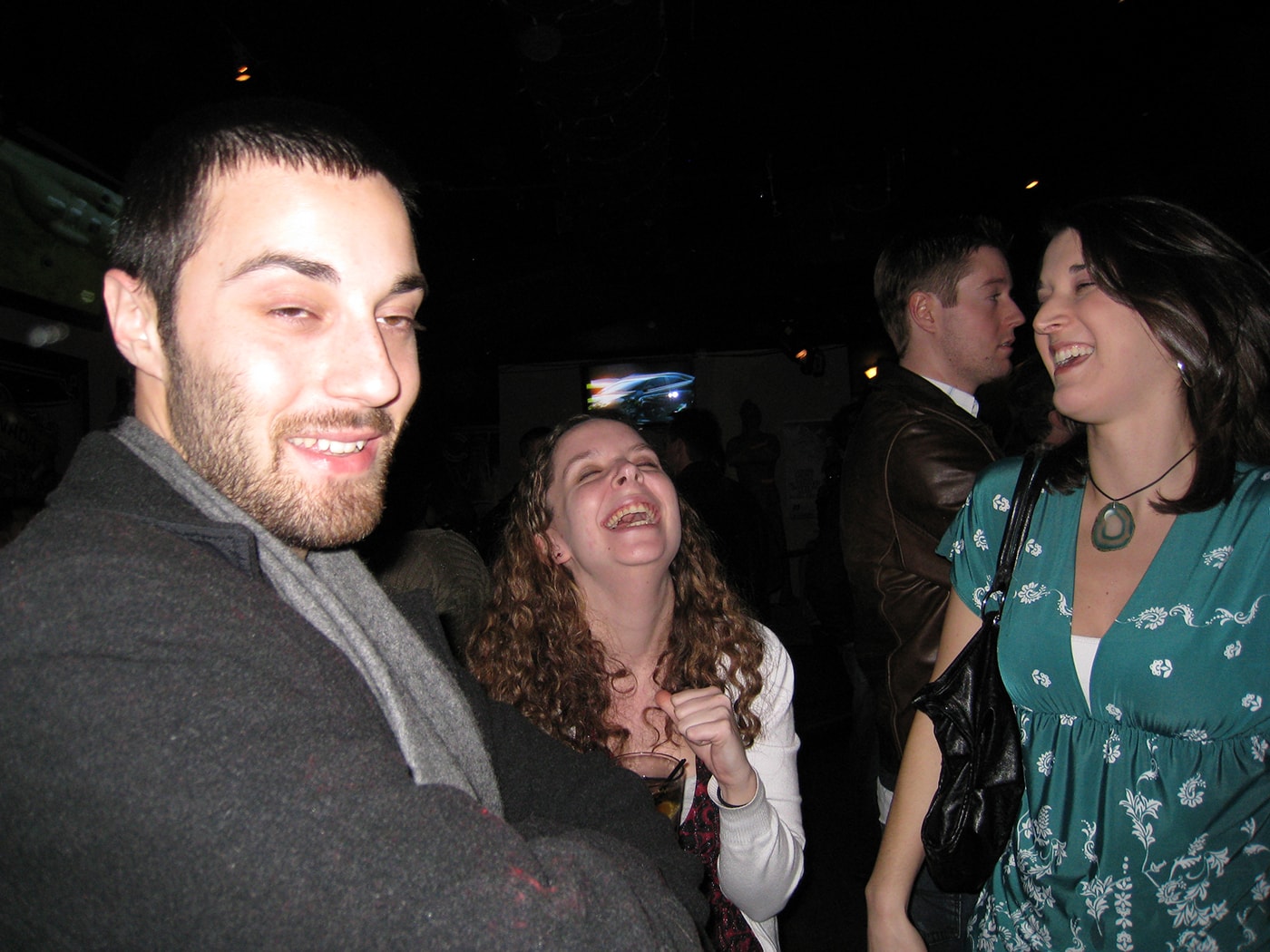 After a couple more drinks and me thinking my purse was stolen…twice (it kept falling off the damn chair and blending in with the floor), and Heather calling everyone (or making me call everyone else) to try to get them to come out (even though you couldn’t hear a damn thing on the other end) we eventually called it a night…which then resulted in the missing cell phone hilarity. And then resulting in Heather thinking she lost her phone only to realize that she left it in Emily’s boot. Then we all went to sleep.

Em had to leave super early, so she was gone when the rest of us woke up. We took over her apartment, got some Starbucks, watched the end of Ten Things I Hate About You (ahhh, Heath Ledger…) and then said our goodbyes. (of course, not before JOSH thought he lost HIS cell phone…) 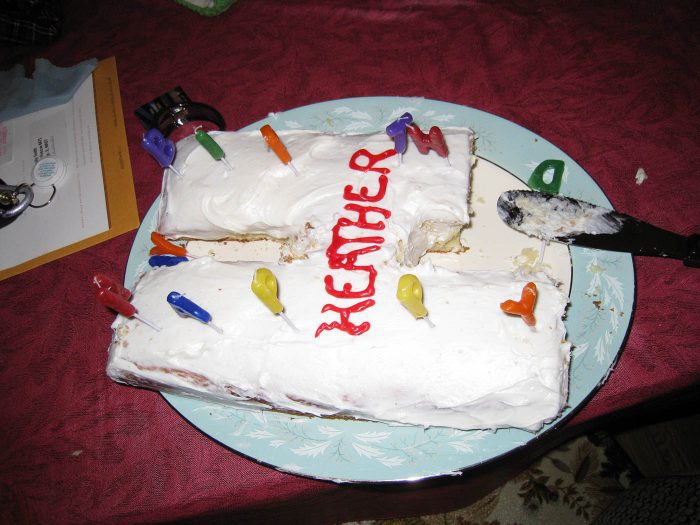 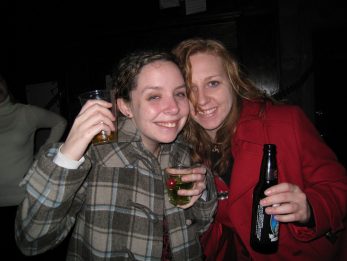 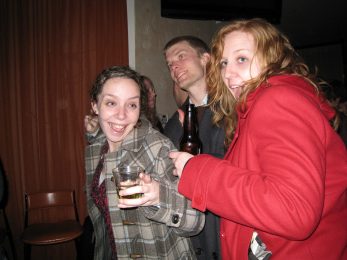 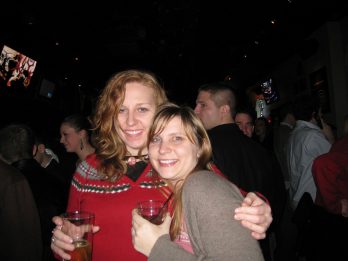 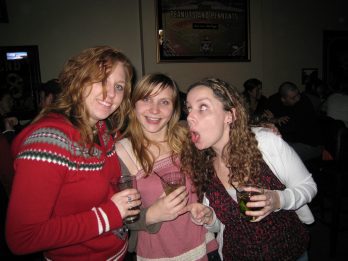 Me, Heather, and Emily. 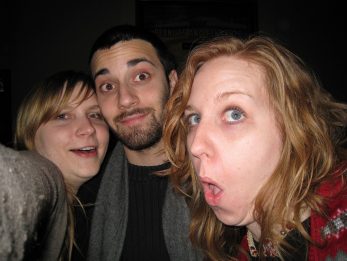 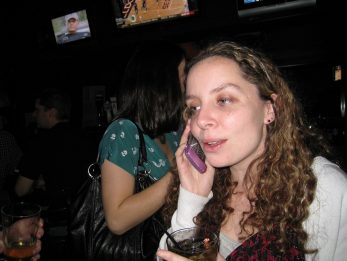 Heather on the phone. 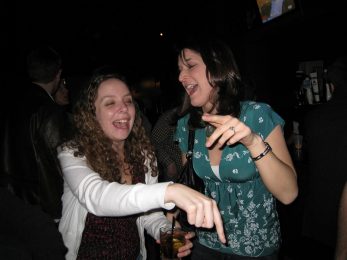 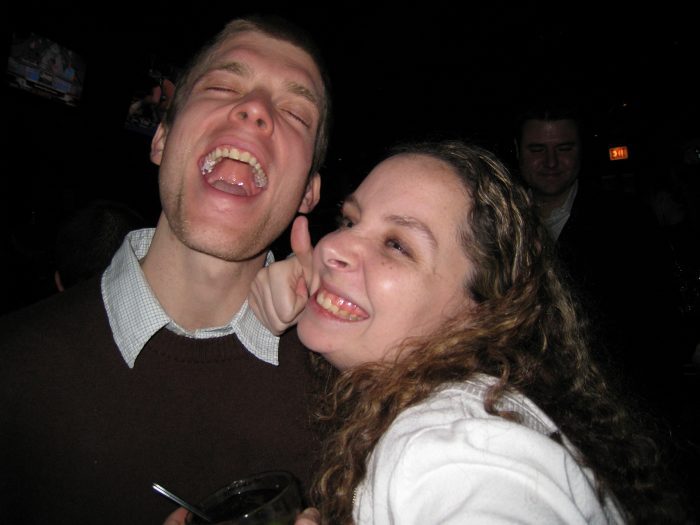 in birthday
by Val Bromann

Five out of five.