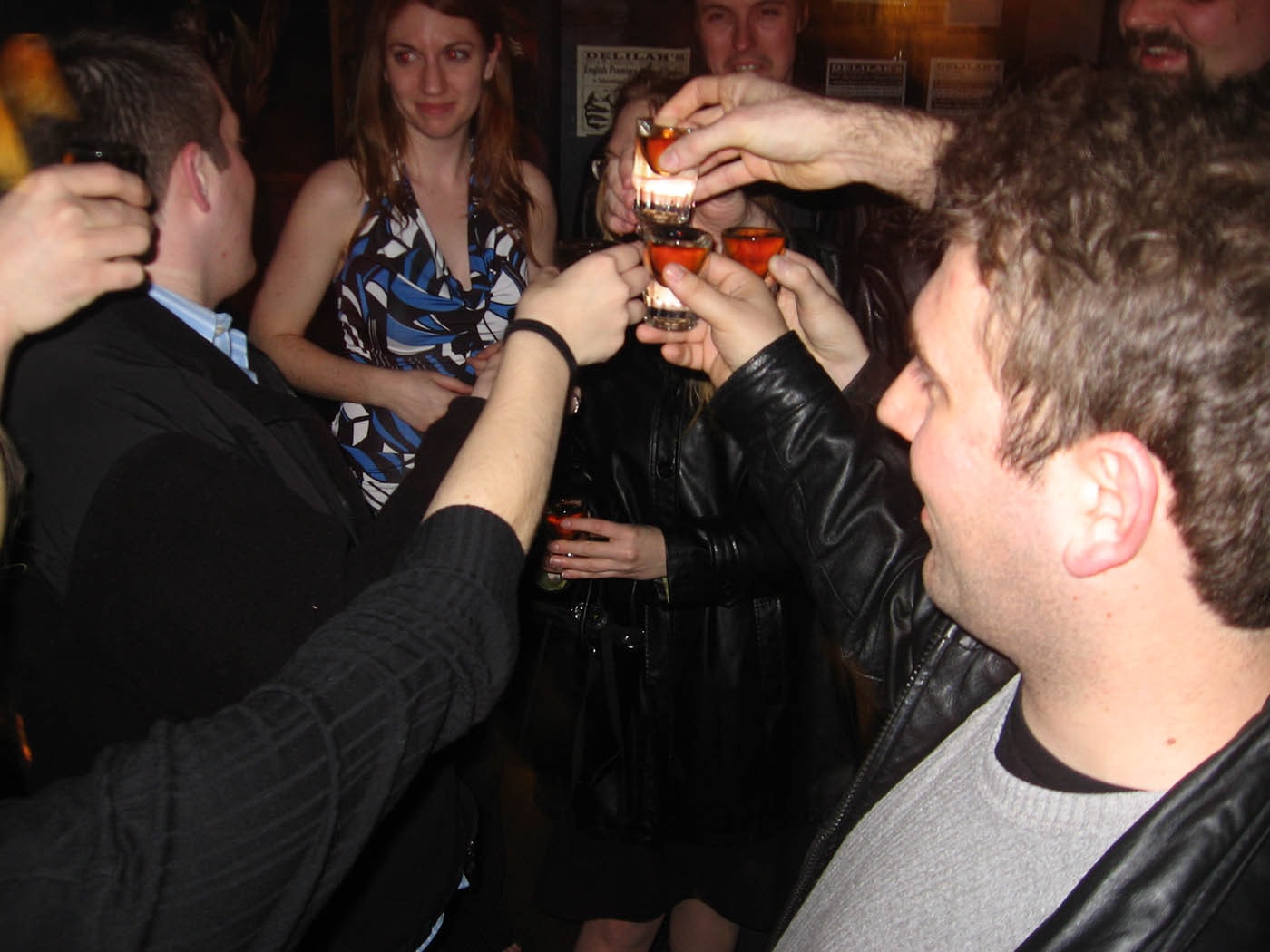 Friday:
I apologize in advance…I did a really crappy job of taking incriminating pics at Jen’s bday. Sorry! Here is the ONE pic I took all night:

So, Friday was Jen’s Birthday Extravaganza in which we did a bar crawl through Lincoln Park.

Mickey’s: The first bar was A-OK. They usually have free alcohol for the hour we were there…but they weren’t doing it that night. Whatever, I kind of gave up drinking anyways, but not really. But I didn’t drink at all anyways. Anyways… It was OK but mostly because it was still early and so it wasn’t crowded. Jen starts getting drunk.

Goodbar: Then on to bar two in which we crashed someones private party. But apparently they didn’t care. It was hothothot (in the temperature sense) in there though. Jen starts getting drunker.

Delilahs: Bar three was my cup of tea. There was good music and Sin City playing and all the bartenders were covered in tattoos. My cup of tea. I had JoeJoe get me a Sprite. I went to give him money but he didn’t take any because his mixed drink plus my Sprite cost $3 so he had no idea how much mine would possibly have cost. MattyK and ScottyMcHotty disappeared at one point and no one knew where. They were gone for at least an hour. Yeah…MK left his credit card at the last bar. 🙂 We texted Glen to ask him his stance on lesbians. Unfortunately he does not know. At one point a woman asked me where the men’s bathroom was. I was a weebit confused. Rory tried to piss me off. Jen got drunker.

Next we stopped at Hoagie Hut so some people could eat because it was now around 1-2 and Joe still hadn’t eaten. We watched a guy take about 30 tries at getting money from an ATM.

Maxbar: Our last stop was one of those pretentious dancey places I don’t really like where they make you stand in a line outside even though they are going to let you right in anyways and there are a bunch of scammy annoying guys and women in too little clothing. Jen got drunkest.

🙂 It was a funfun night.

Saturday:
Some of us (me, MK, Jen, and Isla) slept over at Joes. Jen had work early but the rest of us slept till 1 and then went for some Pasta Bowl (mmmspinachgnocchi). Then it was off home for like 10 minutes to take a shower before heading off to Bourbonnais for dinner.

Rob was in town for Easter and he brought Christine!!! So JoeJoe, Sid, Sarah, Walter, and I met them at the Steak n Shake for dinner. mmmmilkshakes and steakburgers. 🙂 We managed to convince Christine to go for it and get a Steak n Shake dinner. Good choice.

First let me present “Val has fun with rapid fire on her camera and imageready: 🙂 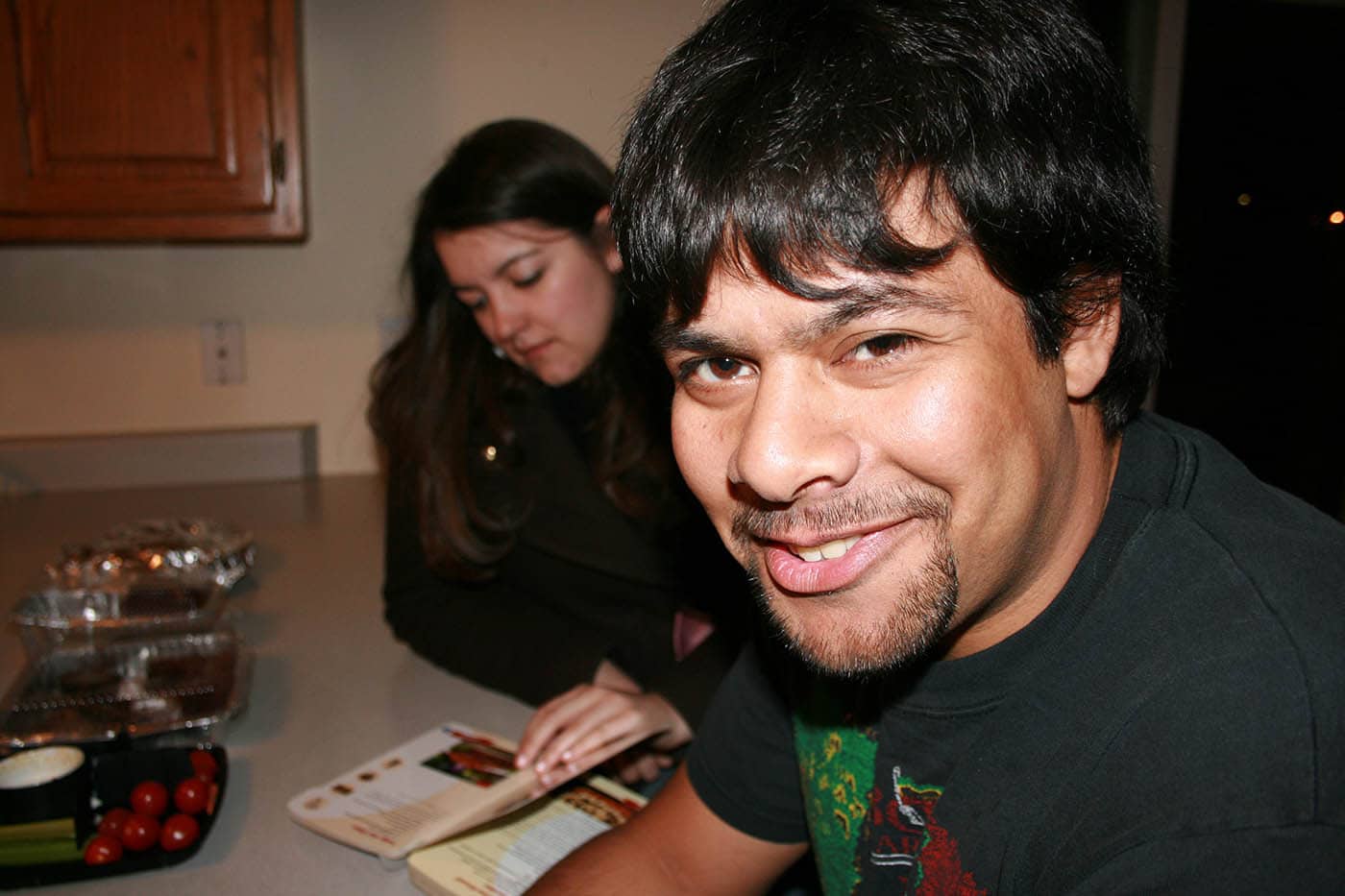 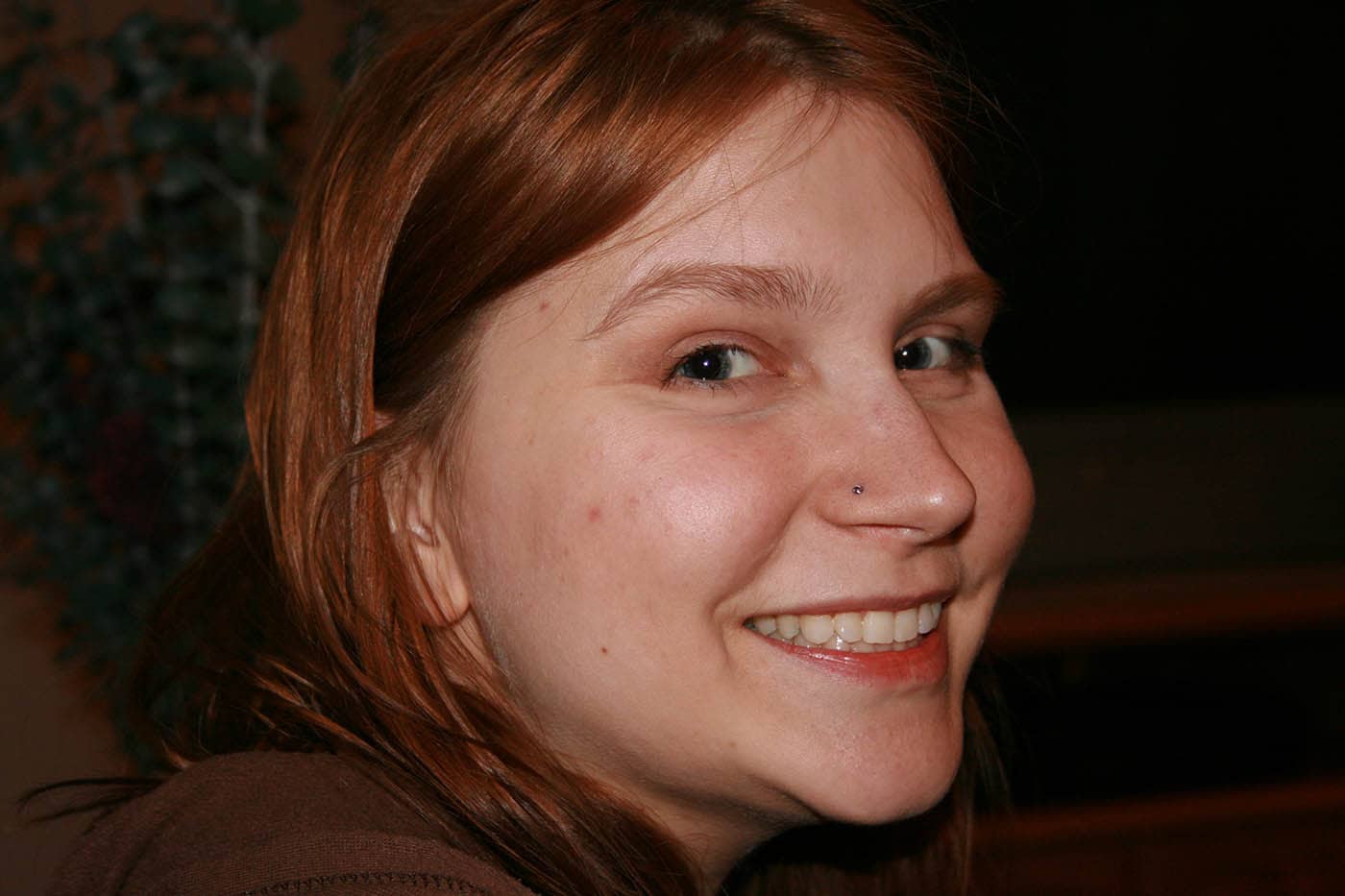 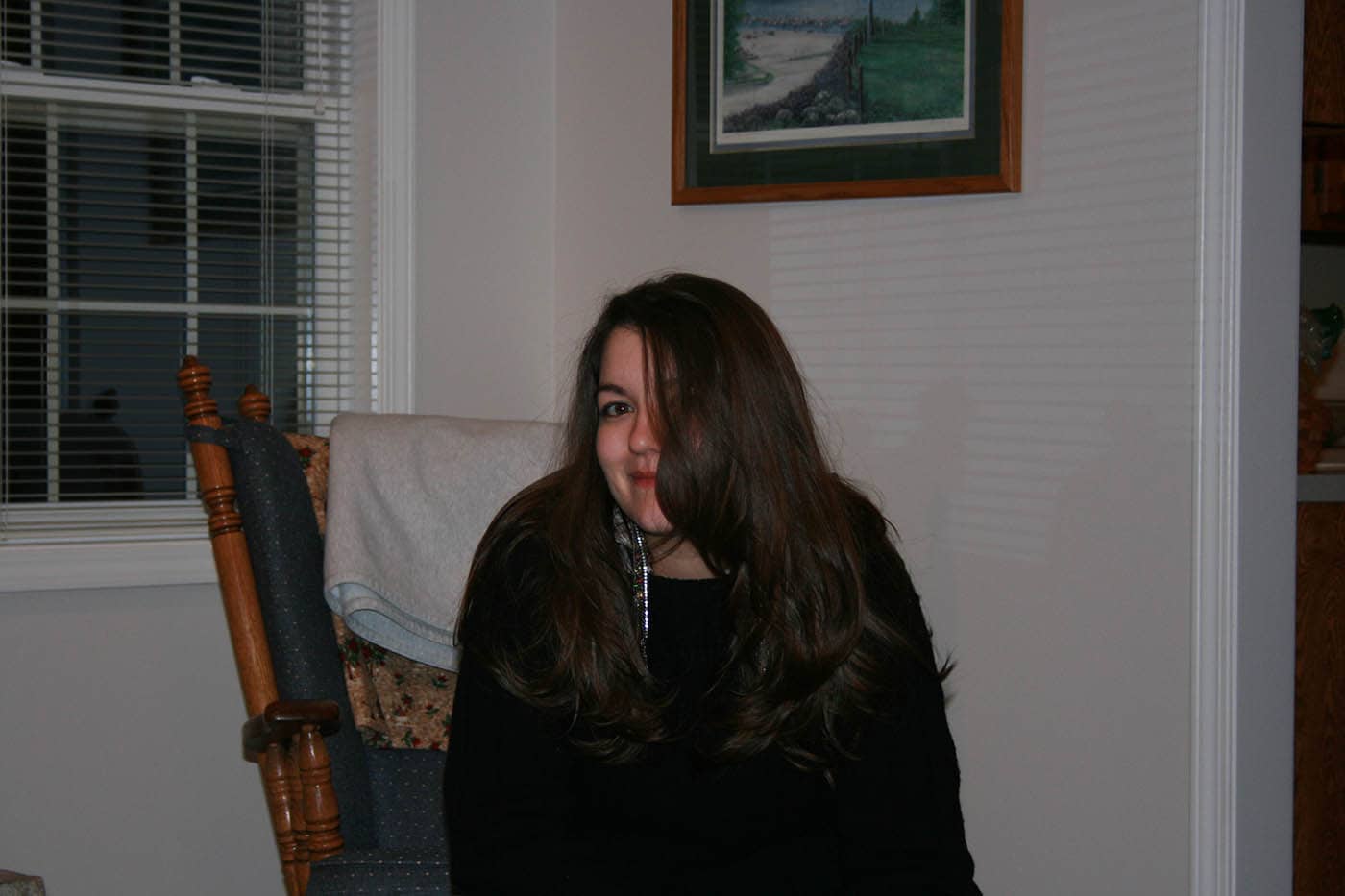 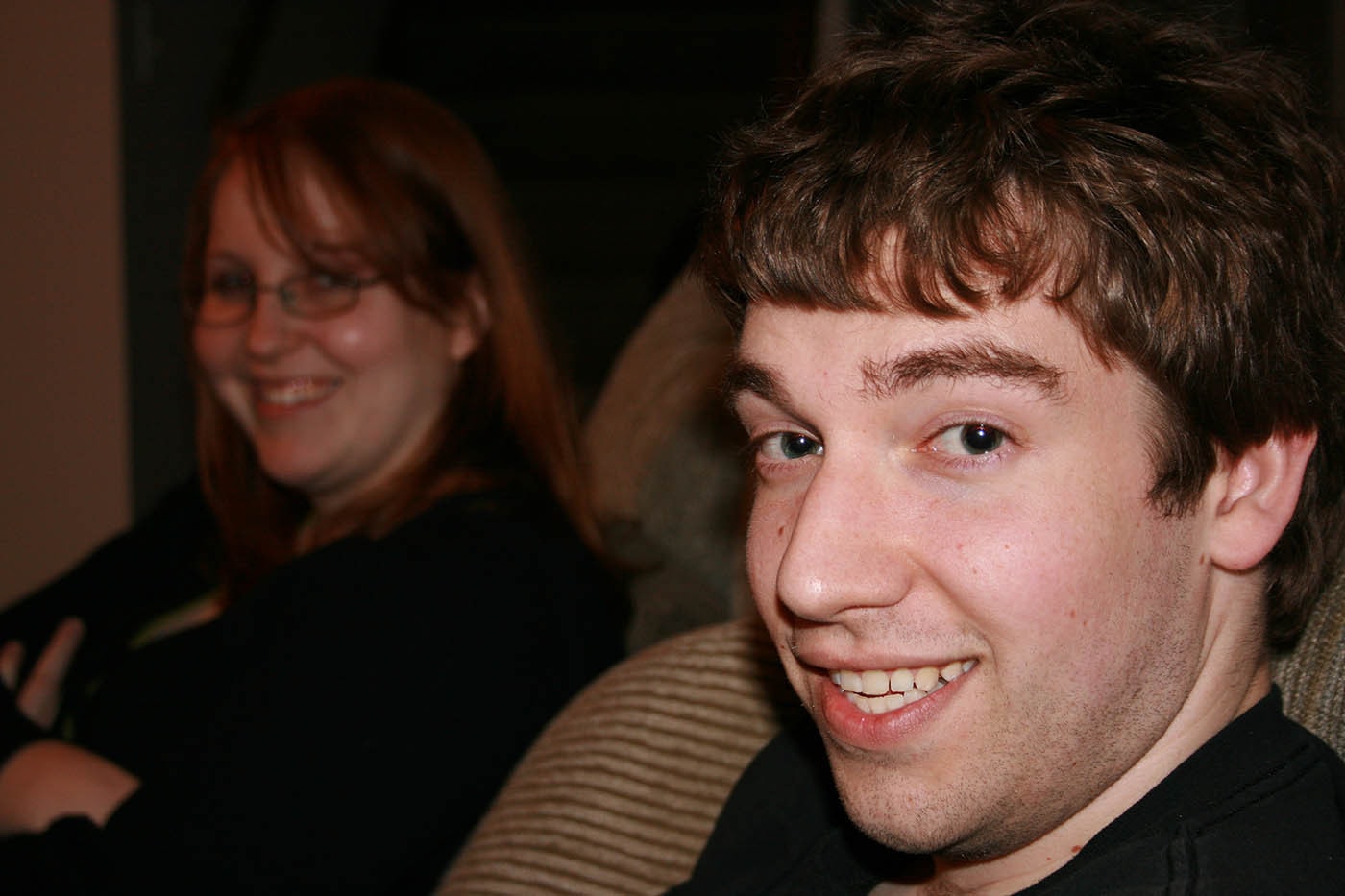 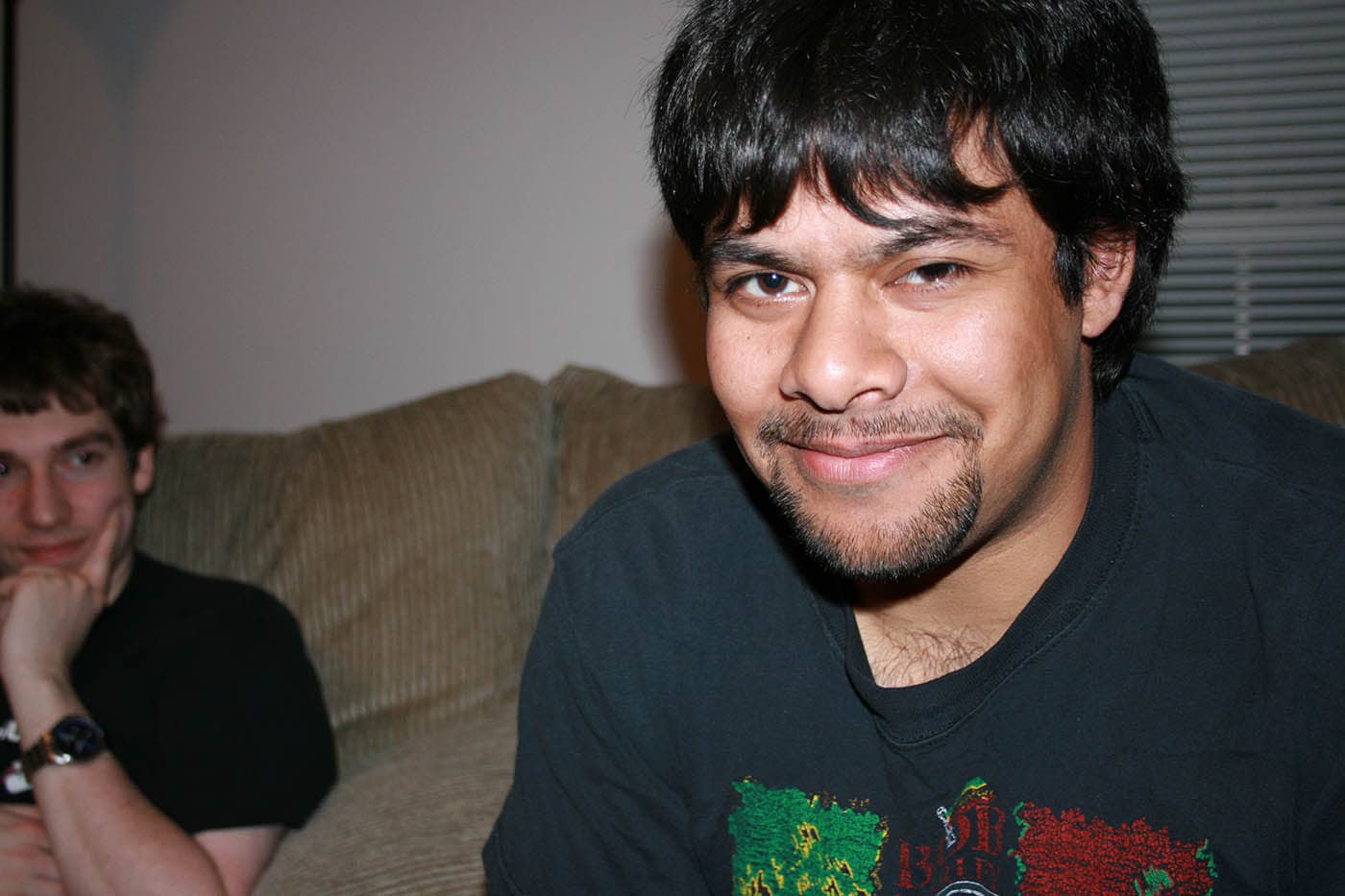 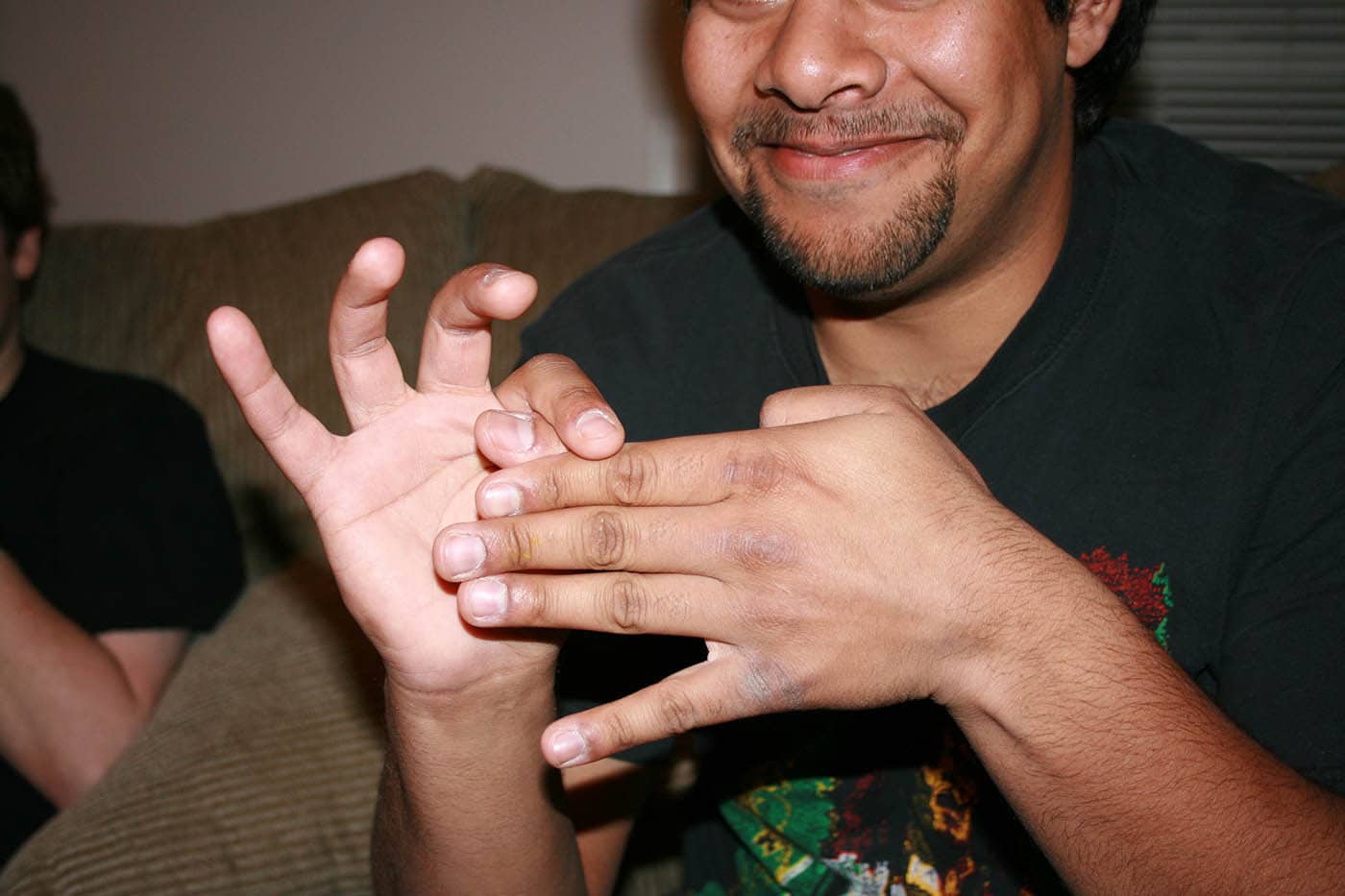 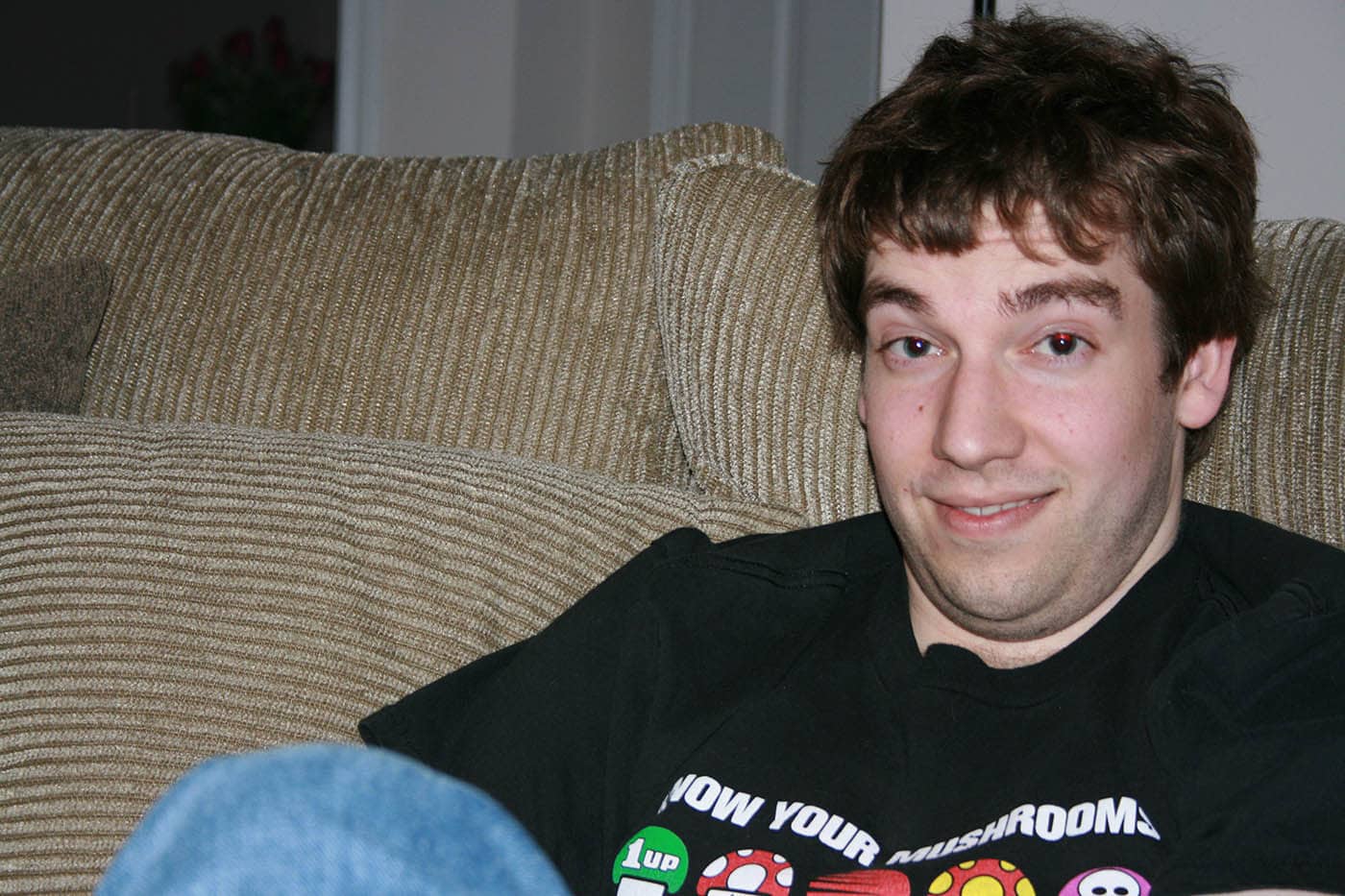 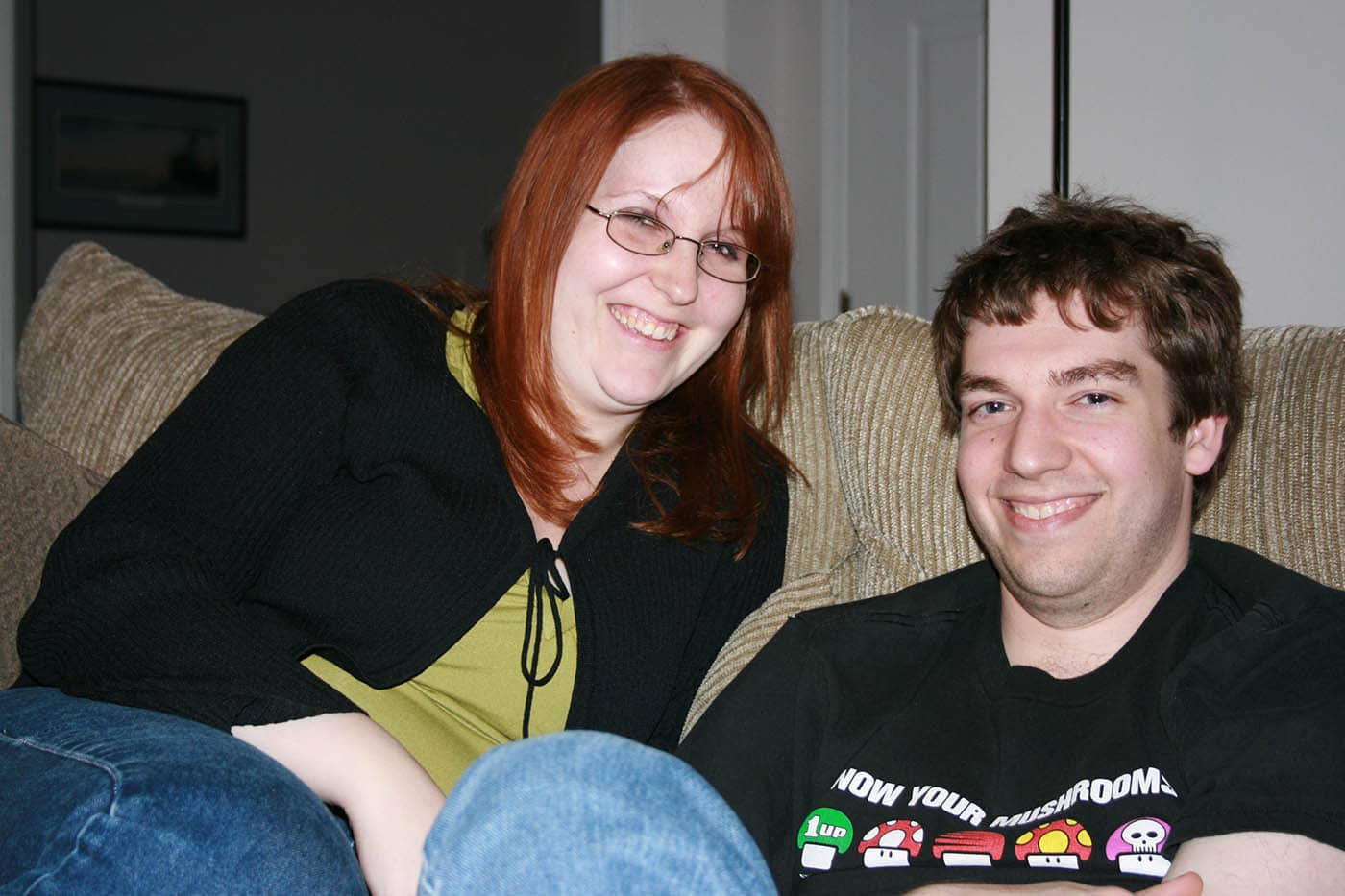 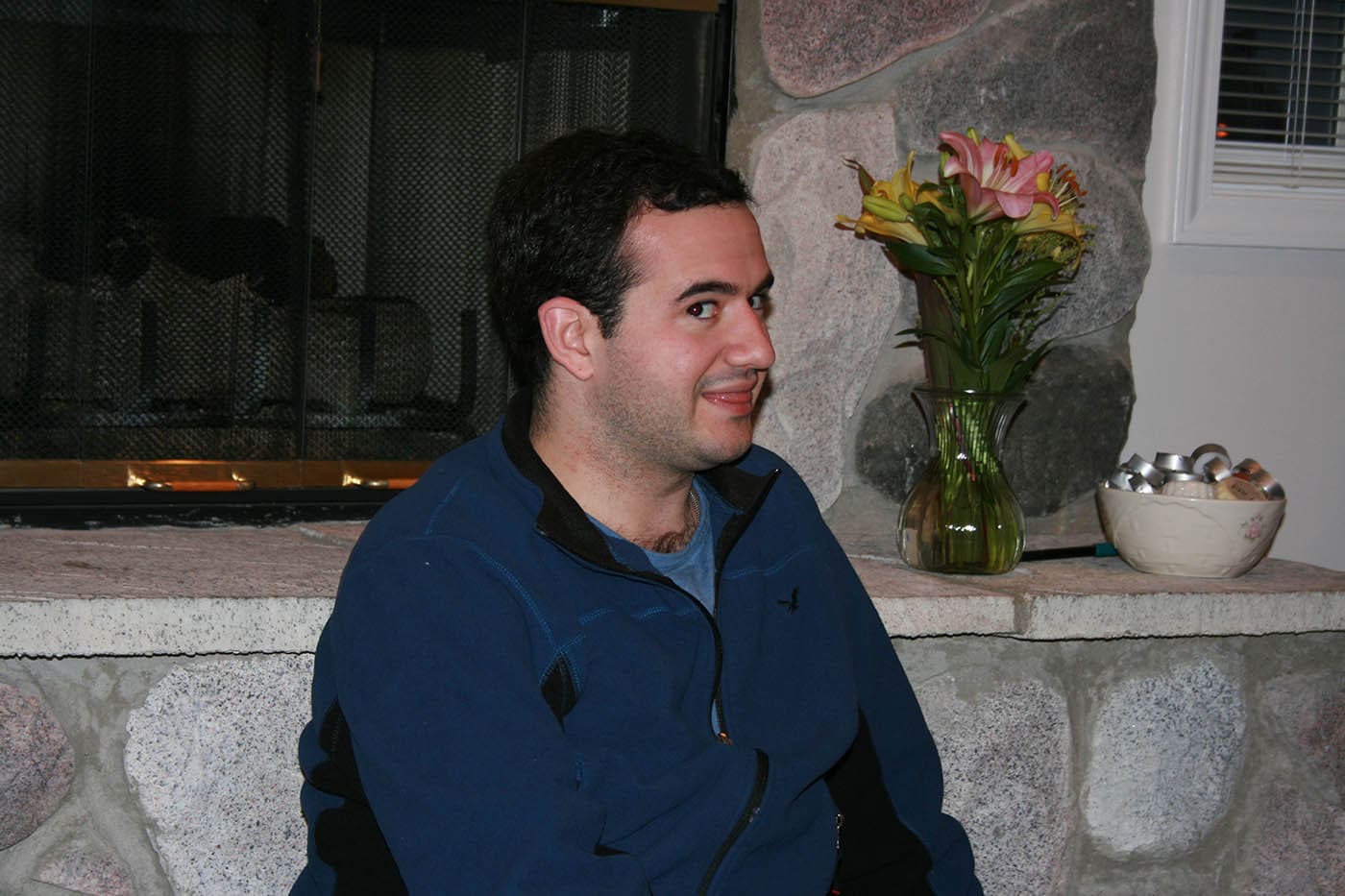 Four reasons I am sad…