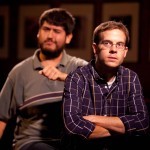 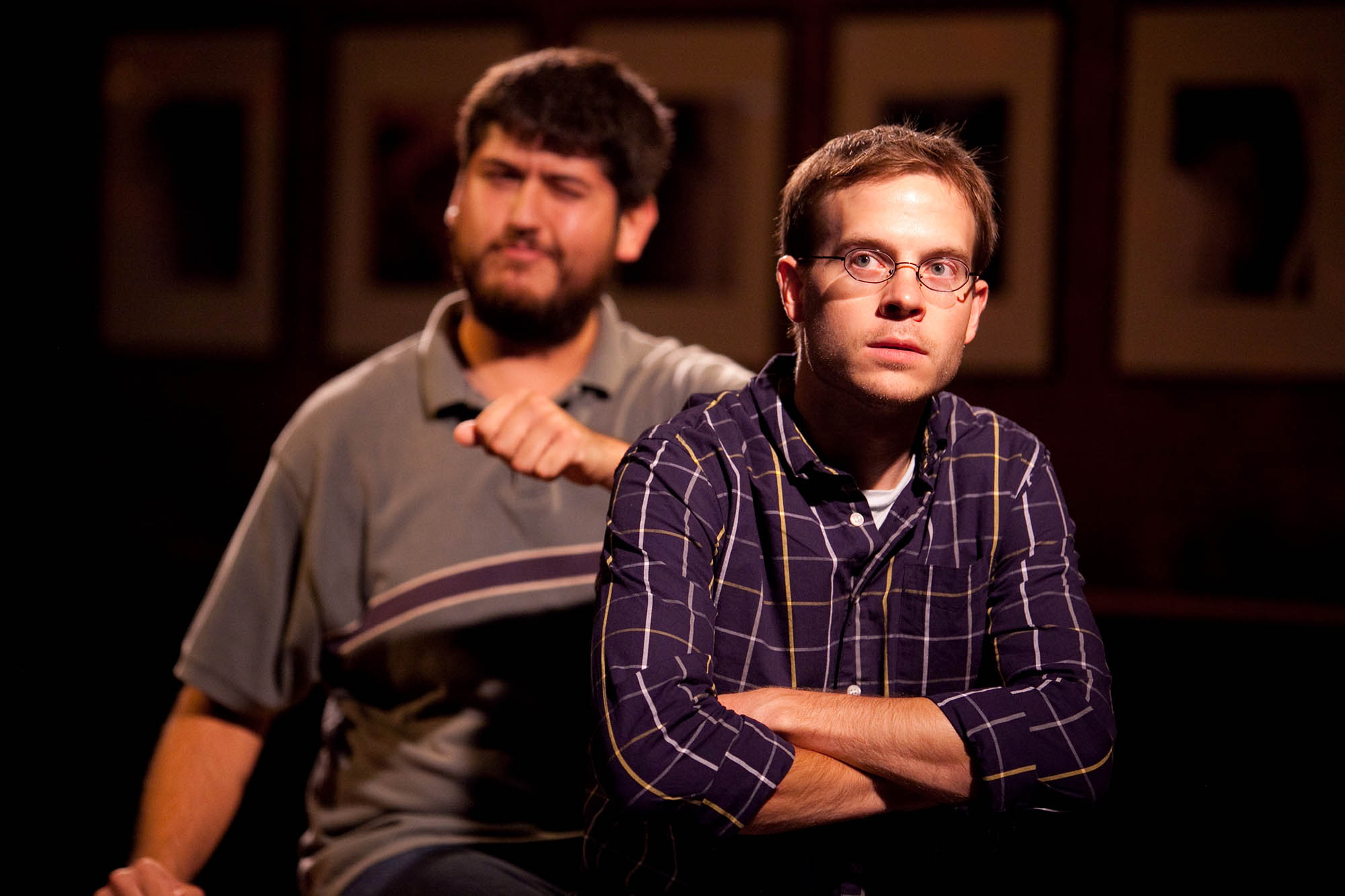 Home » Blog » improv » God is just Santa in a nightgown.

Thursday night was the final 98.6 improv show at The Call, and since they apparently missed me last week I went out with bells on. Well, I wasn’t actually wearing bells. But I had on a pretty headband, does that count?

I even celebrated by busting out my uber-lens which is normally used primarily for competitive eating.

First up of the night was #1 Pencil. Who were three guys. Who apparently liked to hold each other and give each other massages. 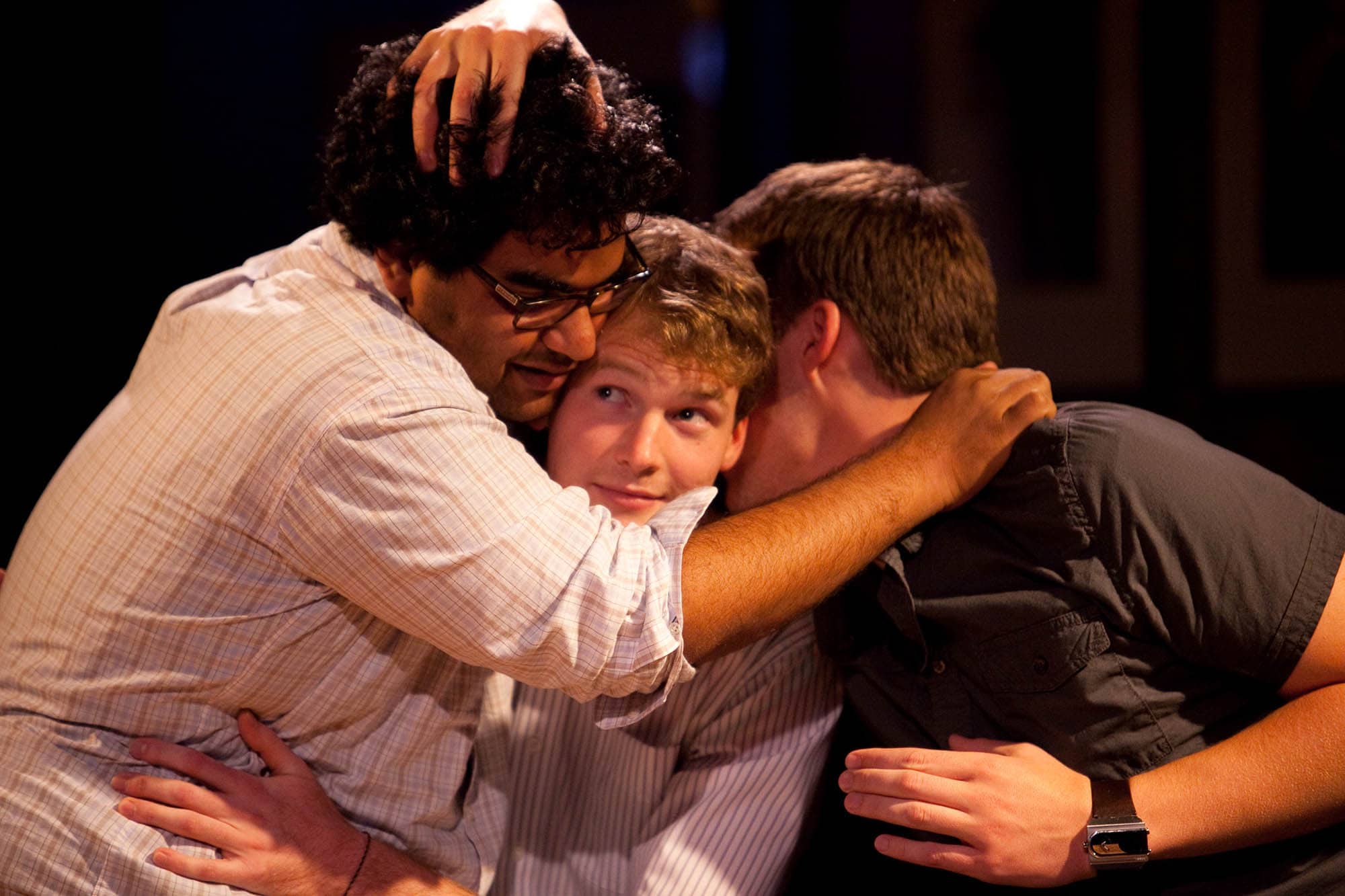 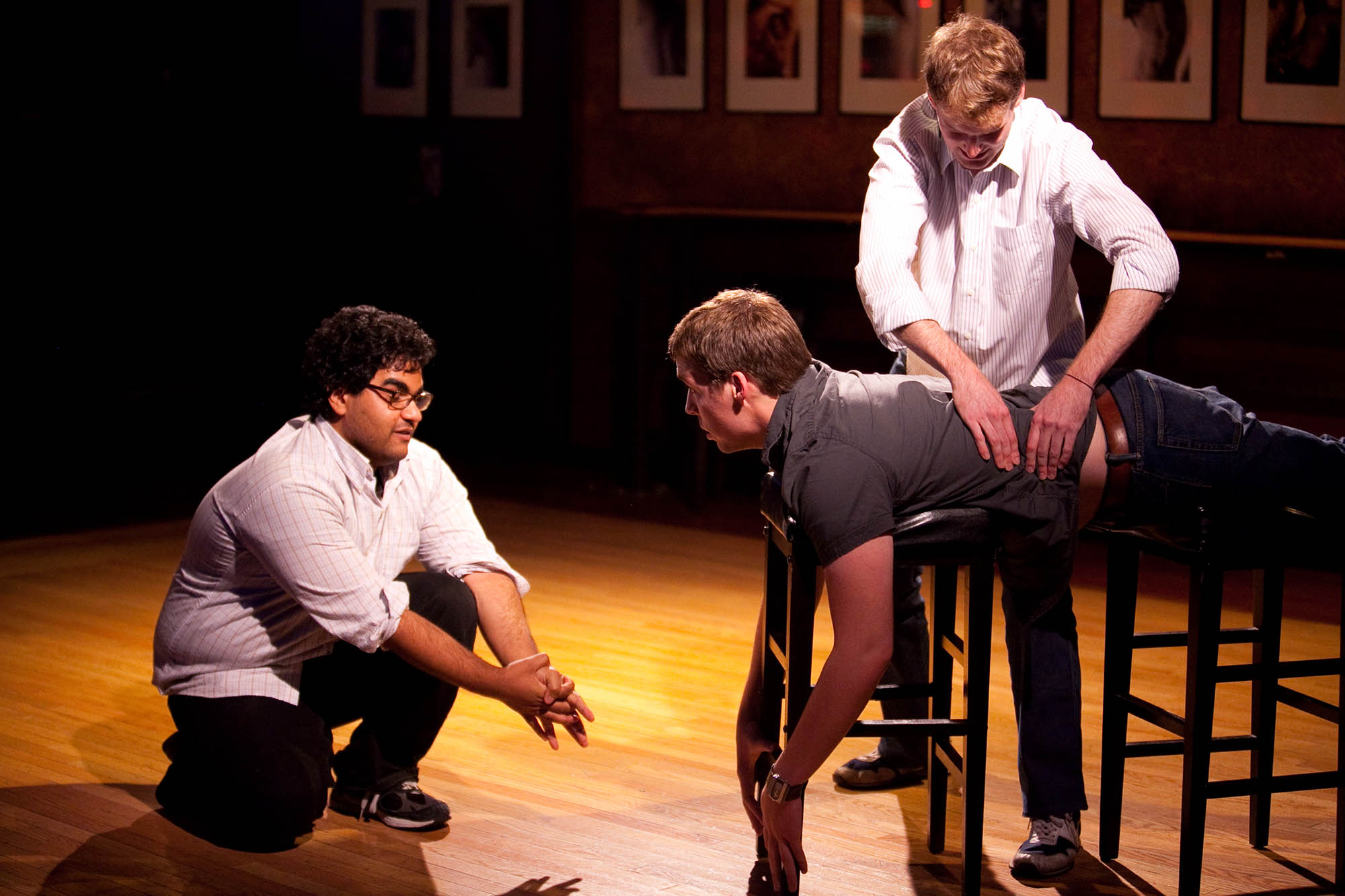 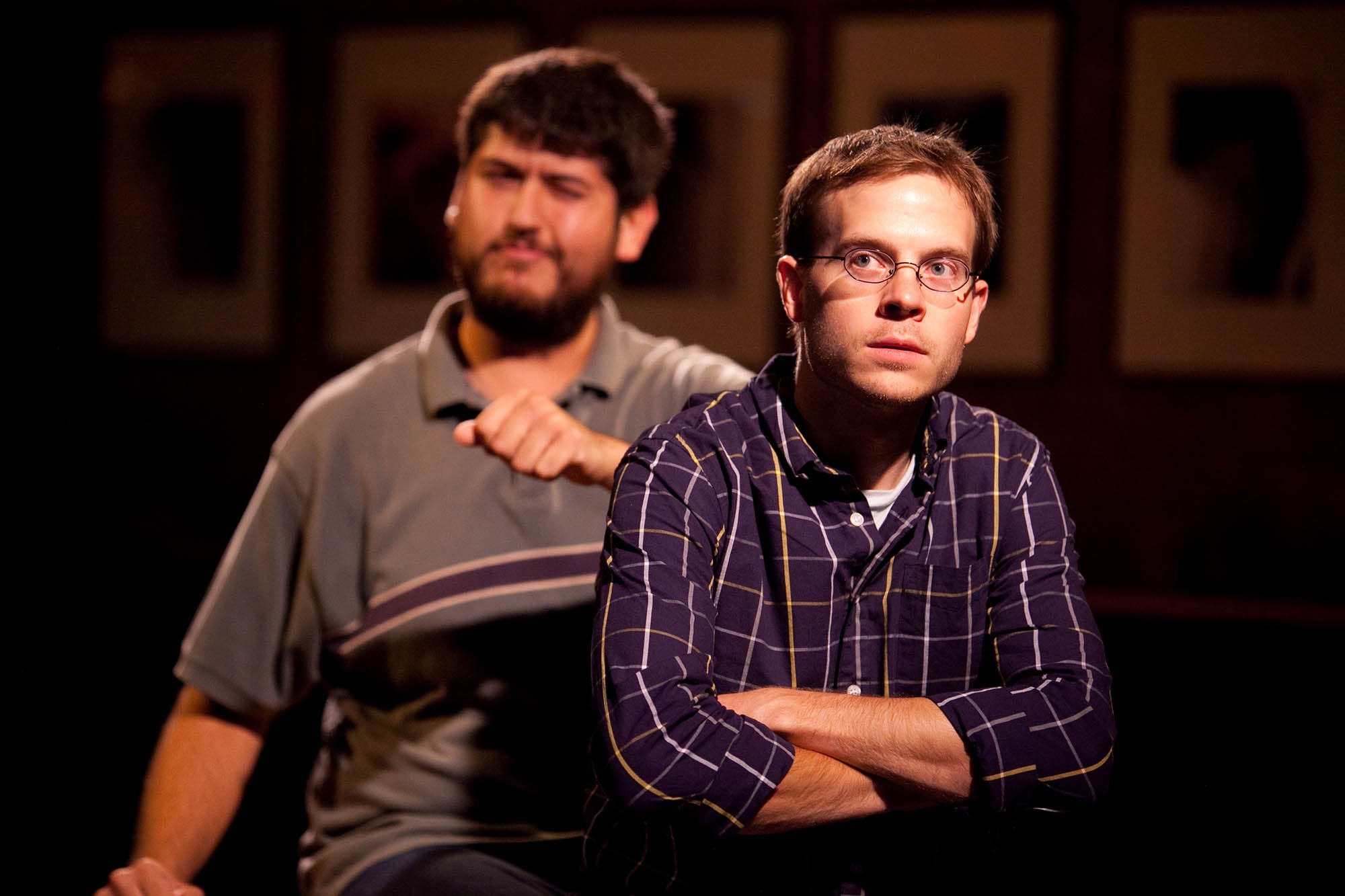 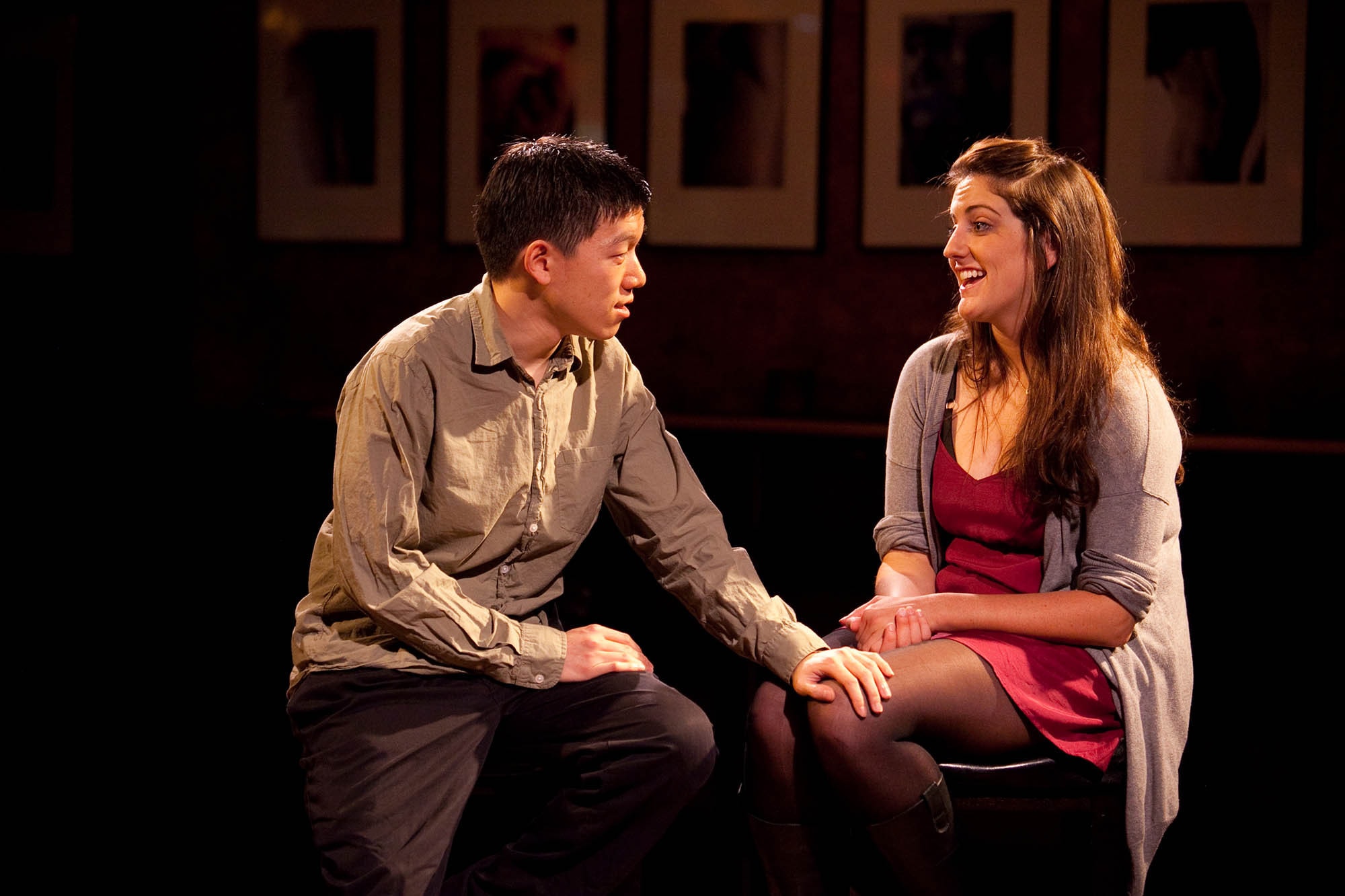 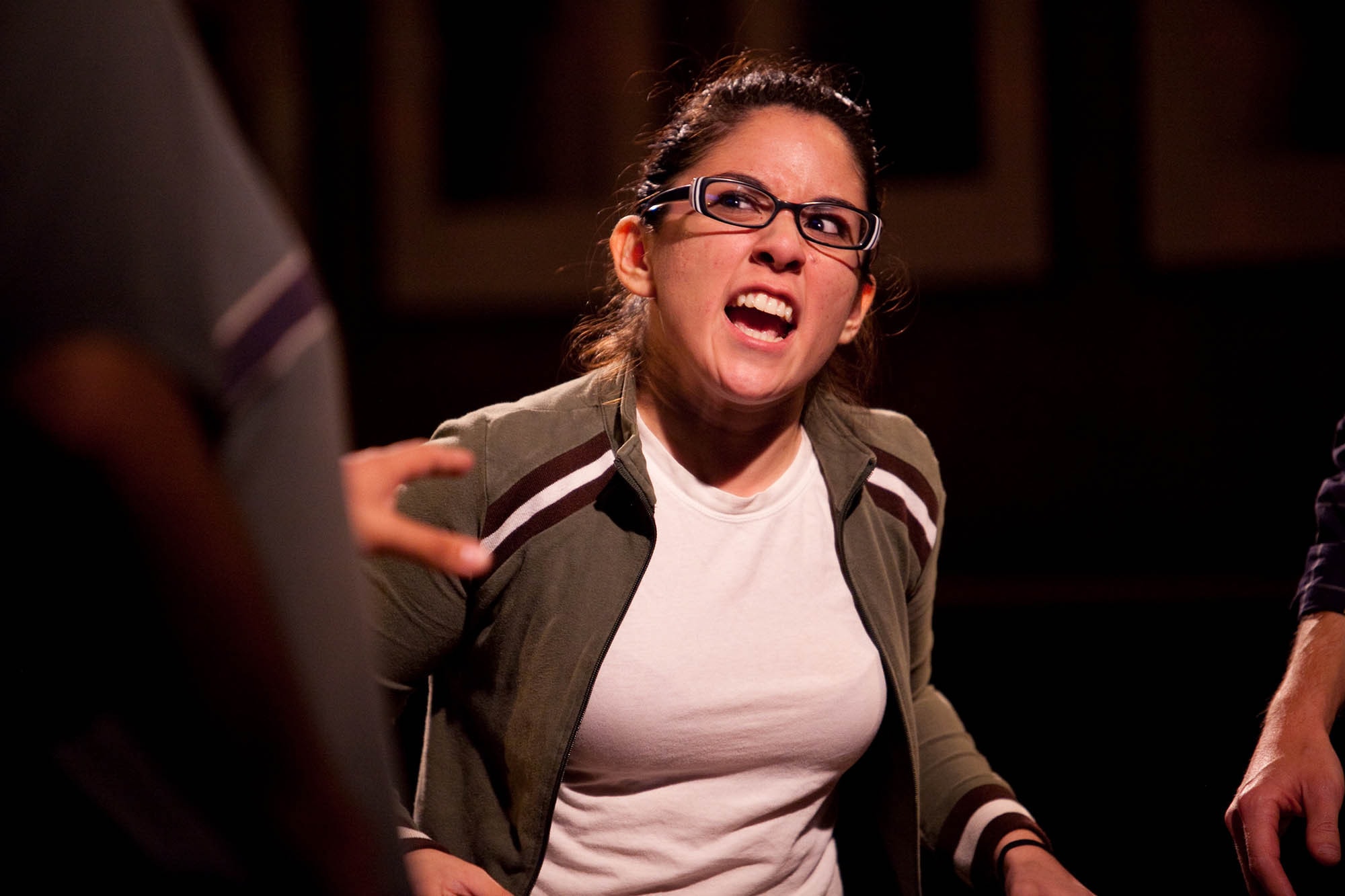 And Neighborhood Watch: a guy-girl duo who improved on the suggestion of being an eight year old. 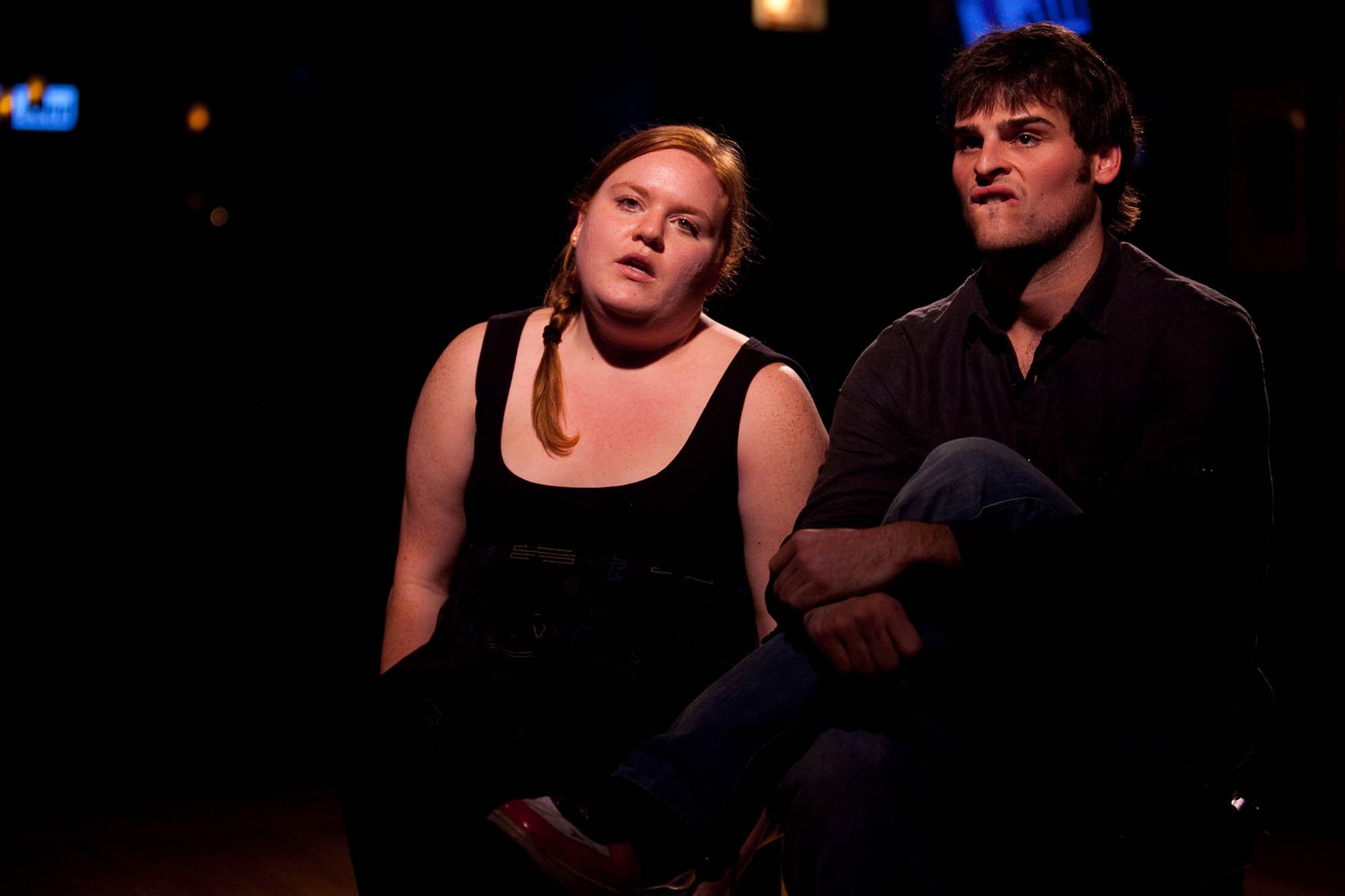 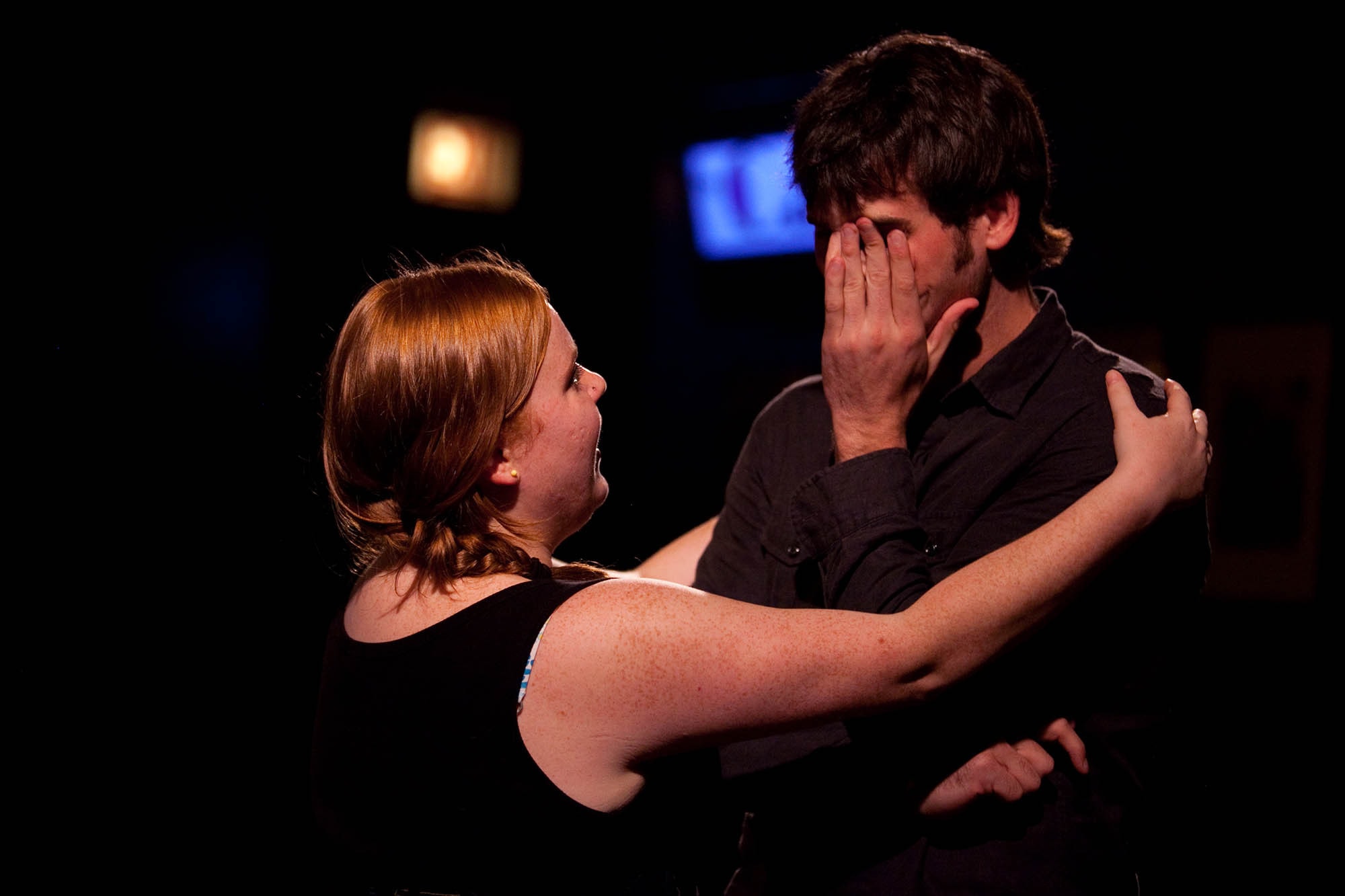 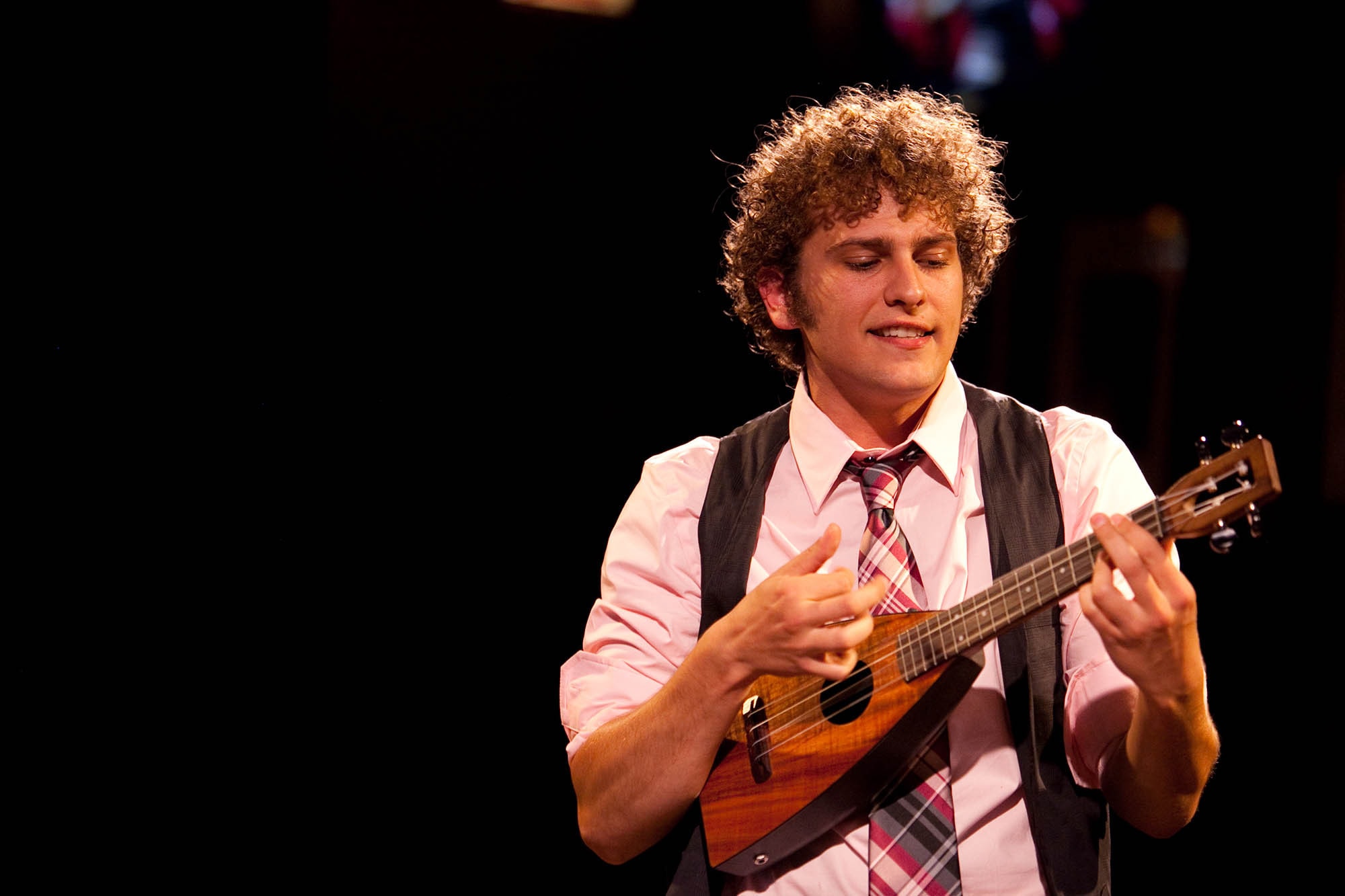 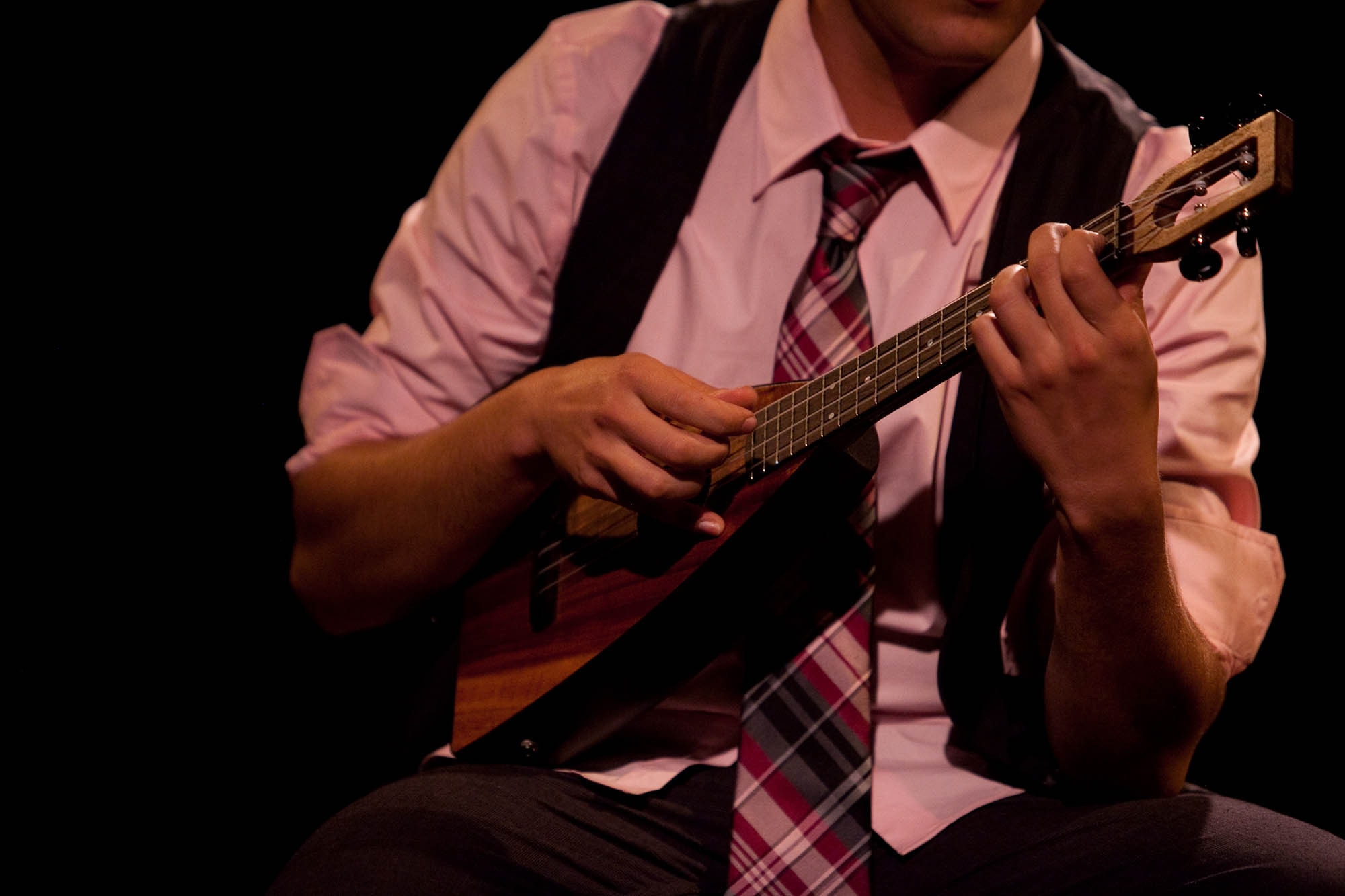 There was apparently all male speed dating afterwards. Which I kind of wanted to stay for. Because, you know, being the only girl in a room full of men might higher my chances of landing a guy…right…OK, so maybe not with that crowd…

So instead we left to go get some Ian’s…and Orlando and Avery drove me and I answered questions about competitive eating the entire way.

And then we got Ian’s. And they had s’mores pizza and since my philosophy in life is to get anything that has the word s’mores in it I had to get a piece. But only after a piece of tortellini pizza. 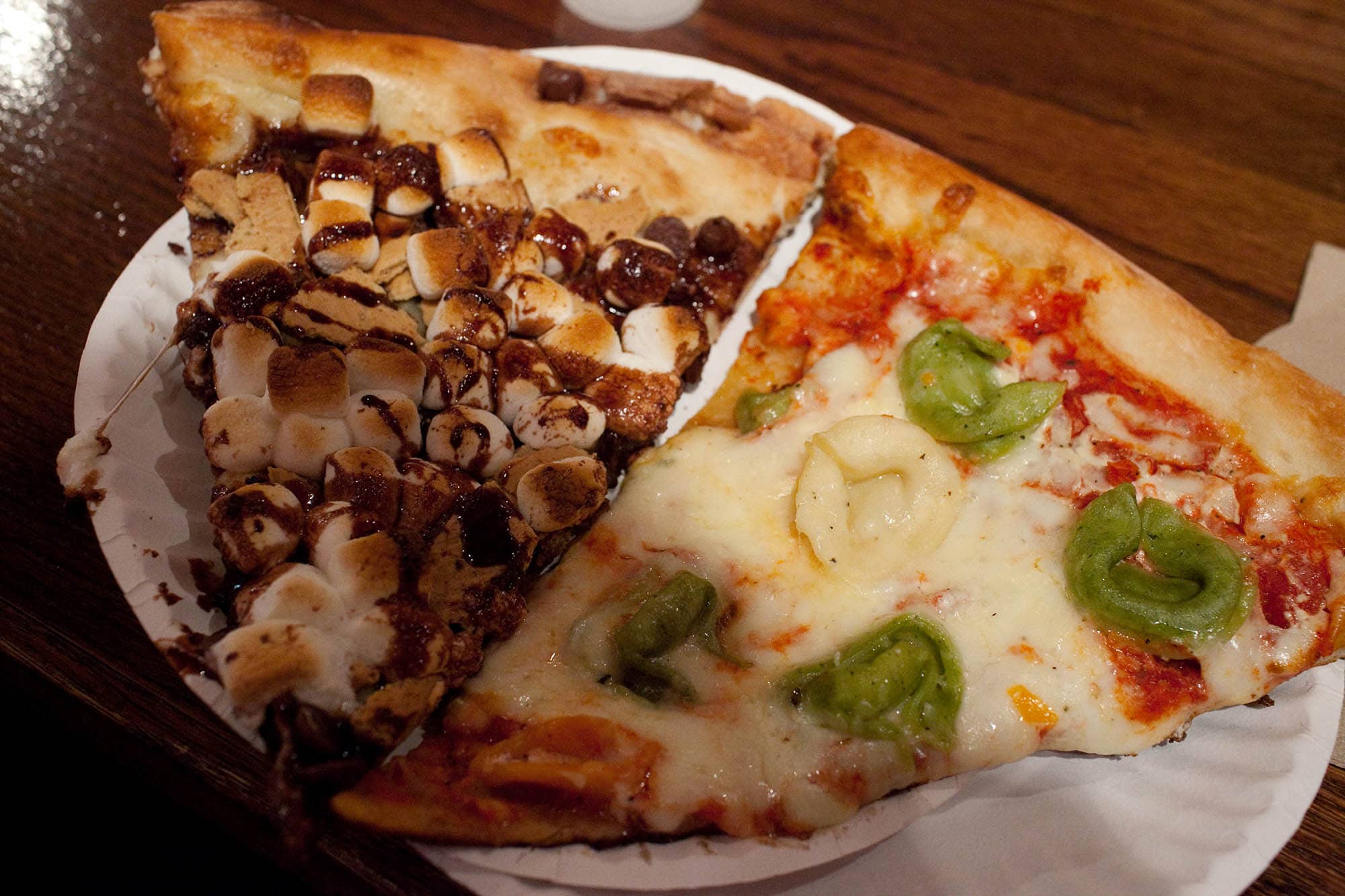 Both were kind of delicious.

Then we went to the io to watch some more improv. Michael Pizza gave the most bizarre improv show ever and it was awesome. And I got to see the real The Scene instead of the truncated two-person show I saw last time. And it was awesome.

And then I went to bed. Well, I walked home first.