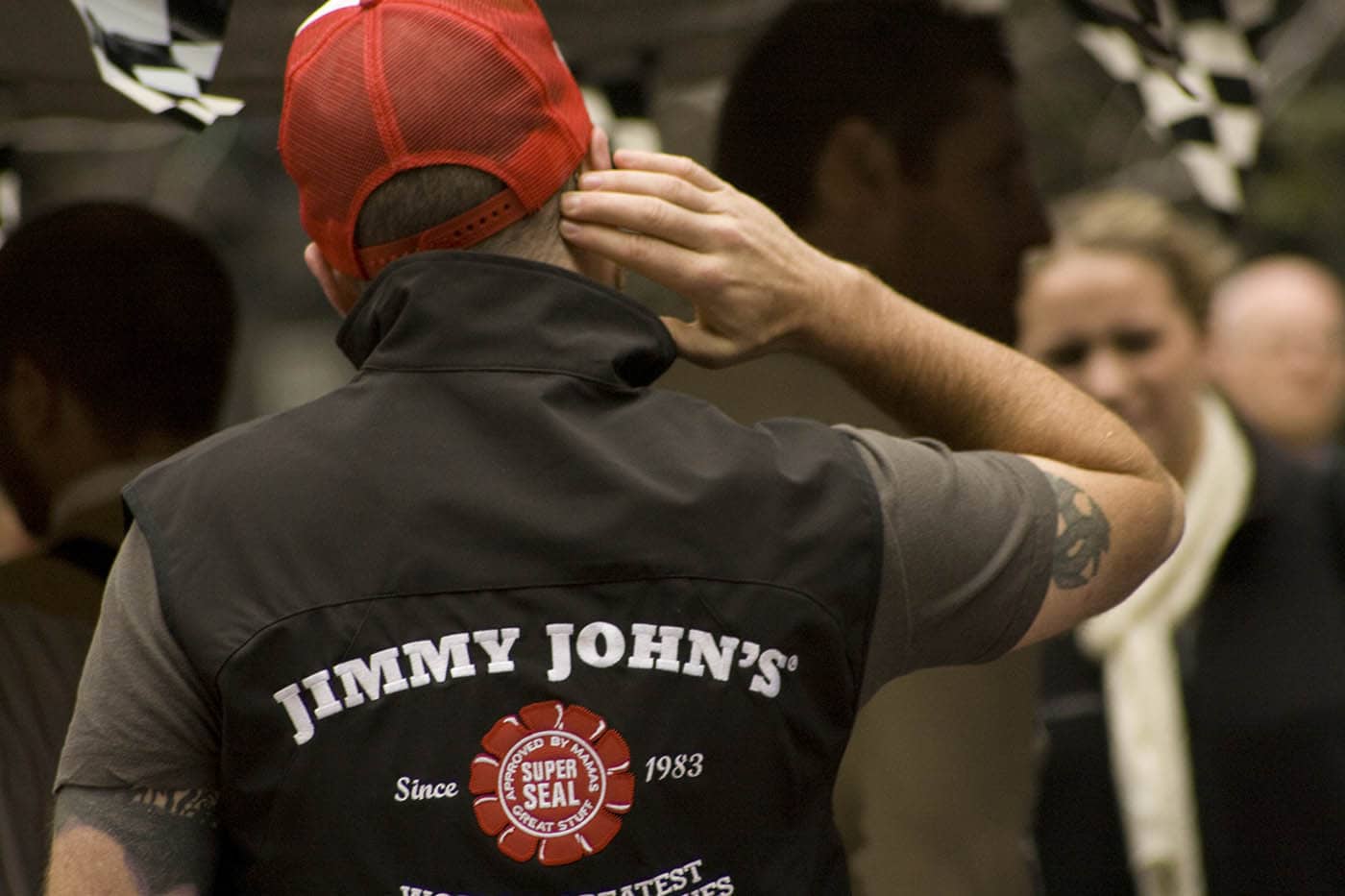 But then my sister sent me an email to say that she heard competitive eater Pat Bertoletti on the radio this morning saying something about an eating contest at the Thompson Center today. Which just so happens to be a whole five-minute walk from my office. So I looked it up and sure enough, Jimmy Johns was hosting the “Freaky Fast 500” at noon. It was an amateur relay with teams from area business such as the White Sox and the Chicago Sky facing off in a Big Wheel Race/Sandwich-Eating Contest…and Pat Bertoletti and Tim Brown would be there to judge! Sweet.

The Freaky Fast 500 contest was super fun! Tim and Pat came onstage and Tim demonstrated the dunking method. Too bad no one seemed to listen. The way the contest worked was that each team member (all costumed up) had to ride their big wheel across the plaza, turn around and come back, and then eat a sandwich. Once they ate the sandwich the next person could go. Repeat. 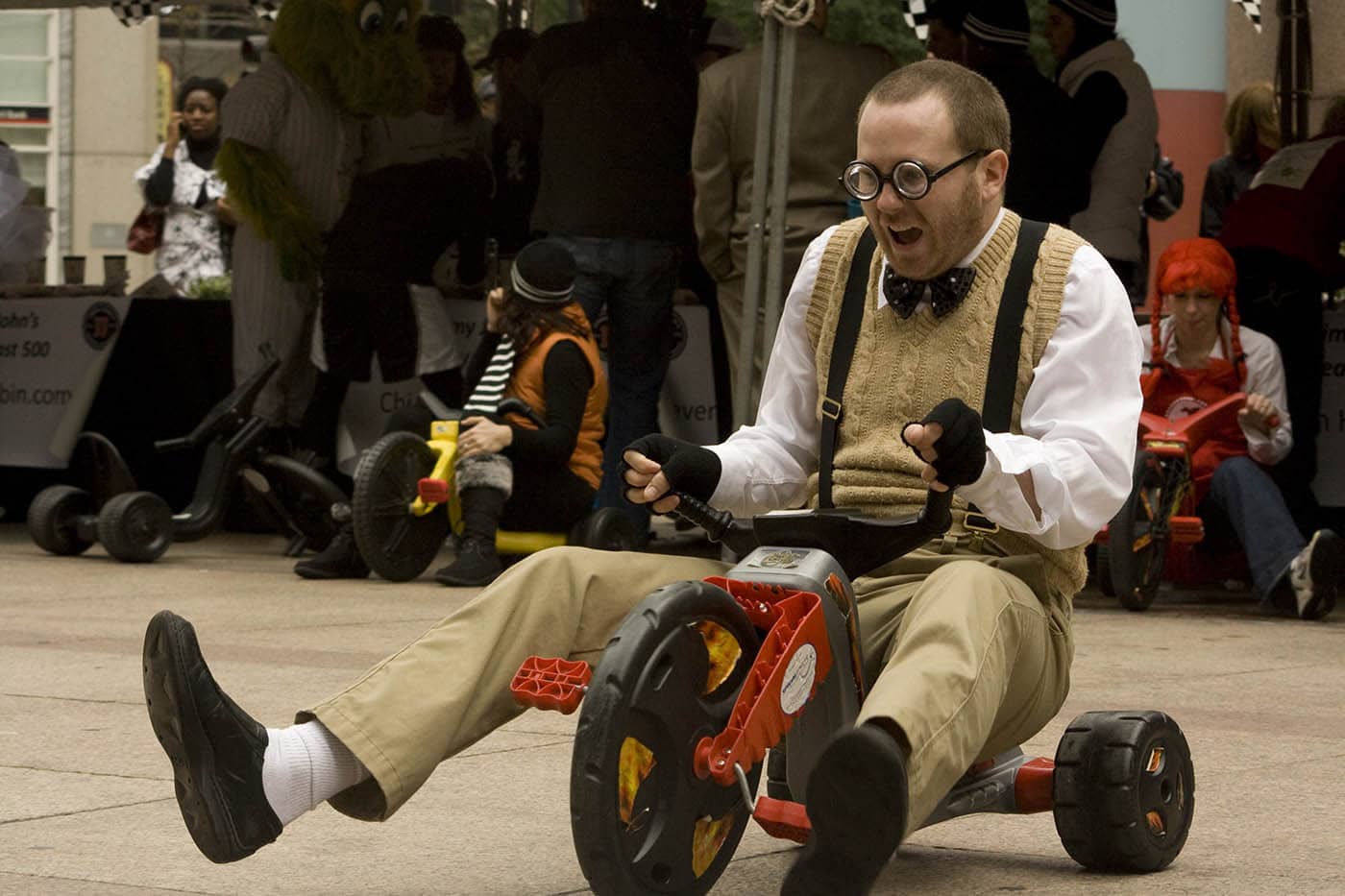 Unfortunately from the angle of the contest I got a good view of the biking but not so good of a view of the eating. But I can tell you this: they were sloooow. Granted, we found out a few months ago that those darn Jimmy Johns are crazy hard to eat. But I still think Pat and Tim could have eaten about 20 a piece in the time it took these guys to eat one. 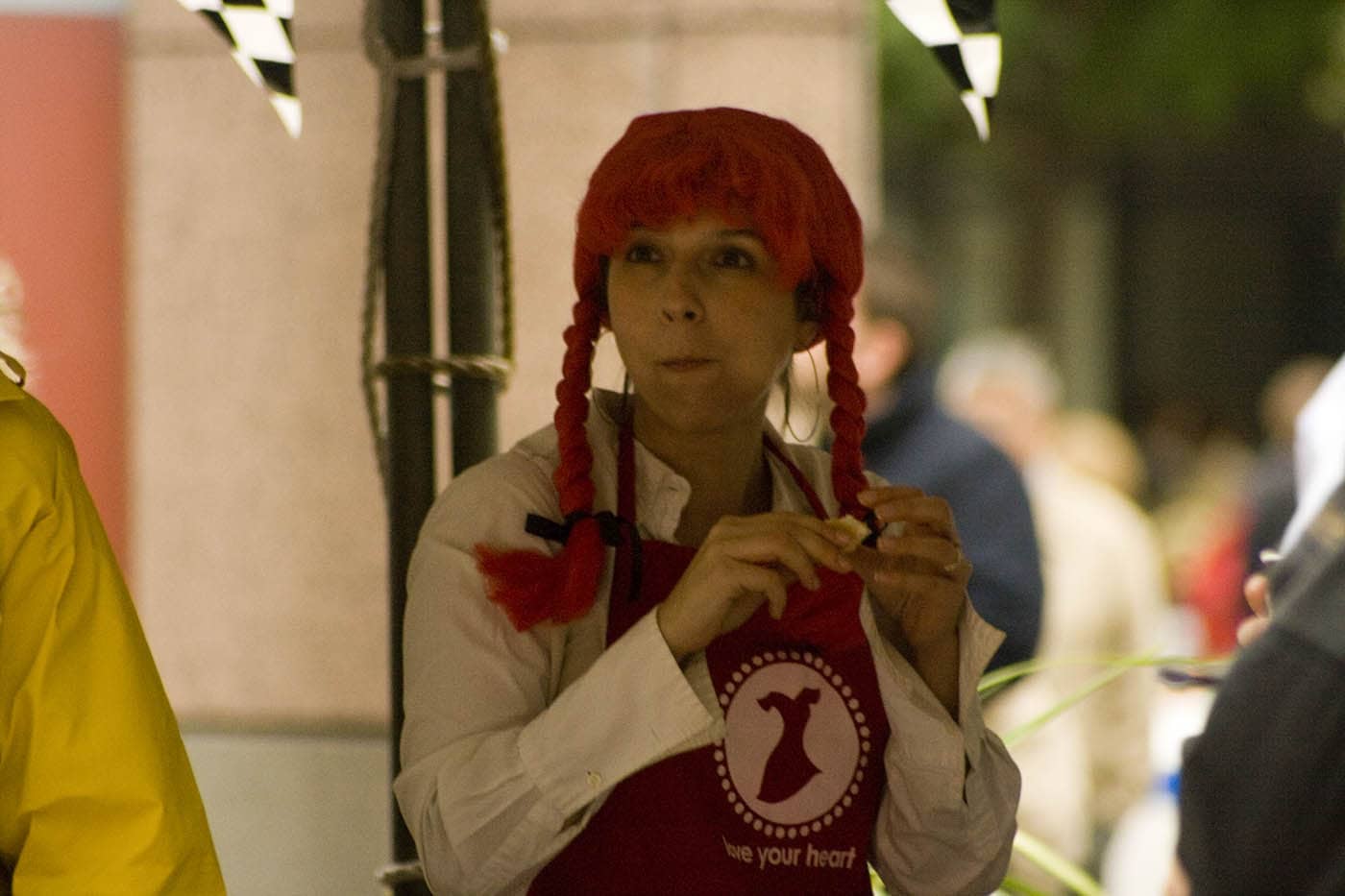 In the end it seemed that the Zombies (AKA Chicago Sky) had won but shortly after the White Sox Players (AKA the White Sox employees, not the most original costume choice) finished up, and there was some talk of foul play amongst the Sky. 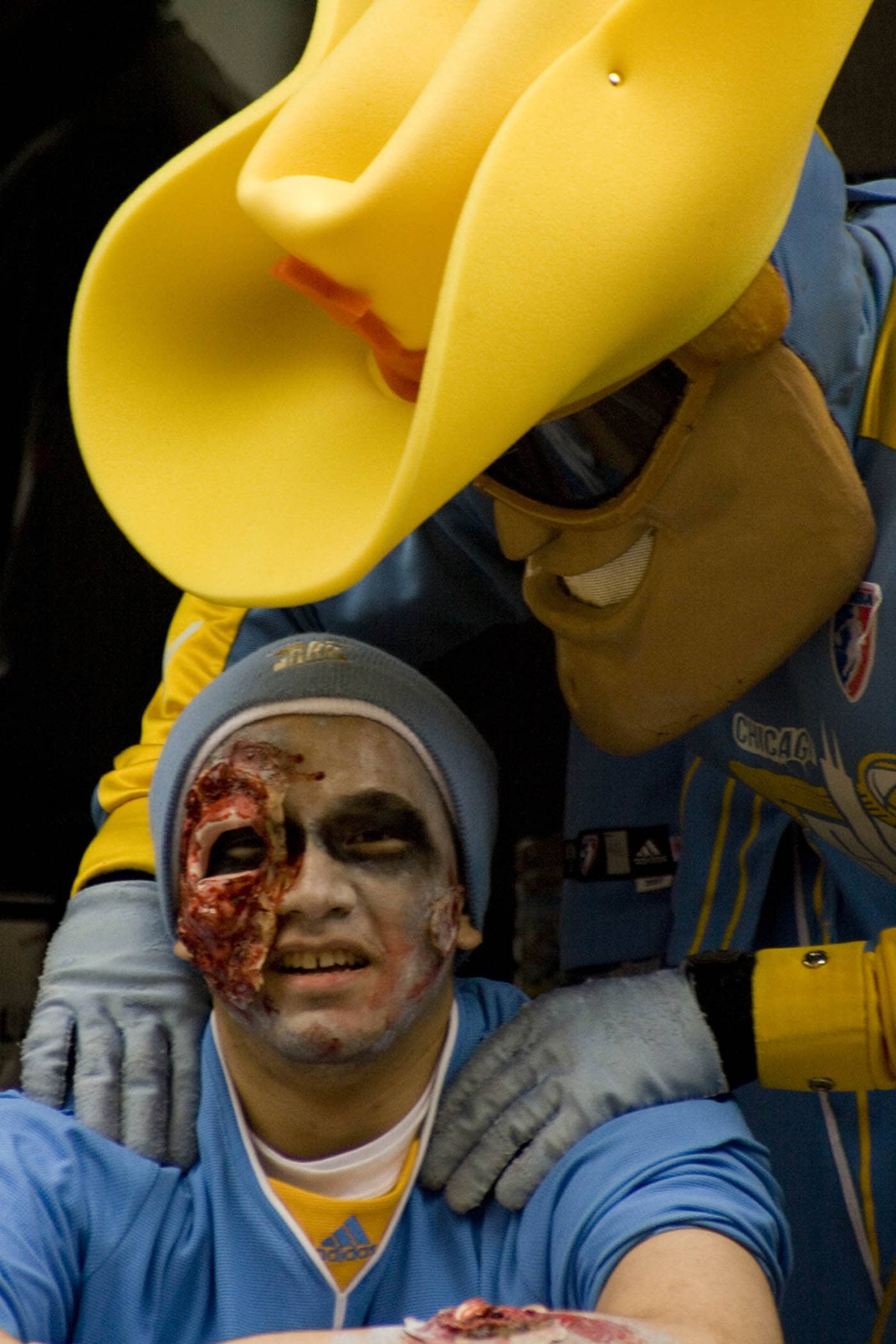 So the judges conferred.

The first prize went out to the cows for best costume. 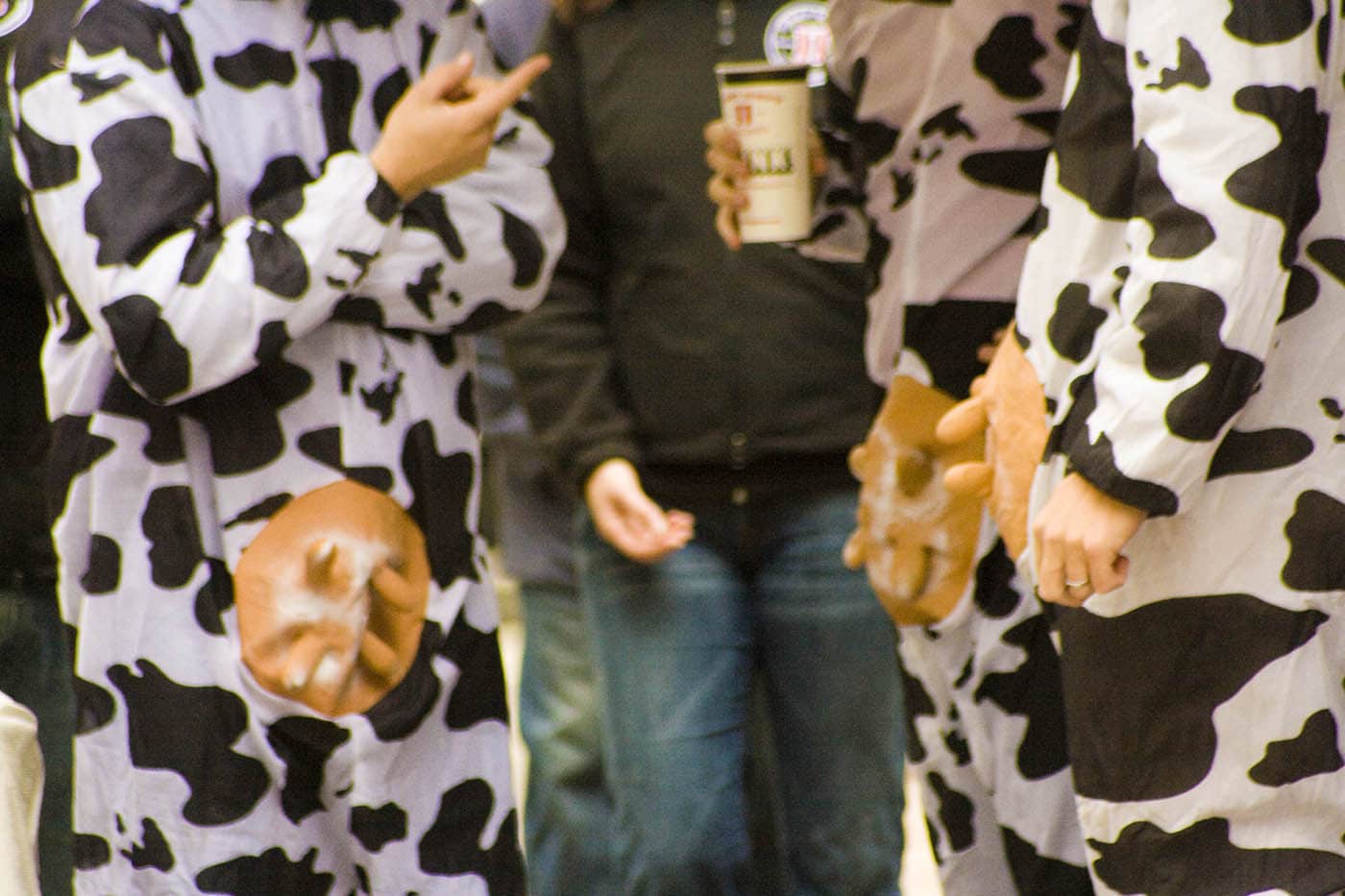 And then they announced that the White Sox were the winners! Good thing they won something this year 🙂 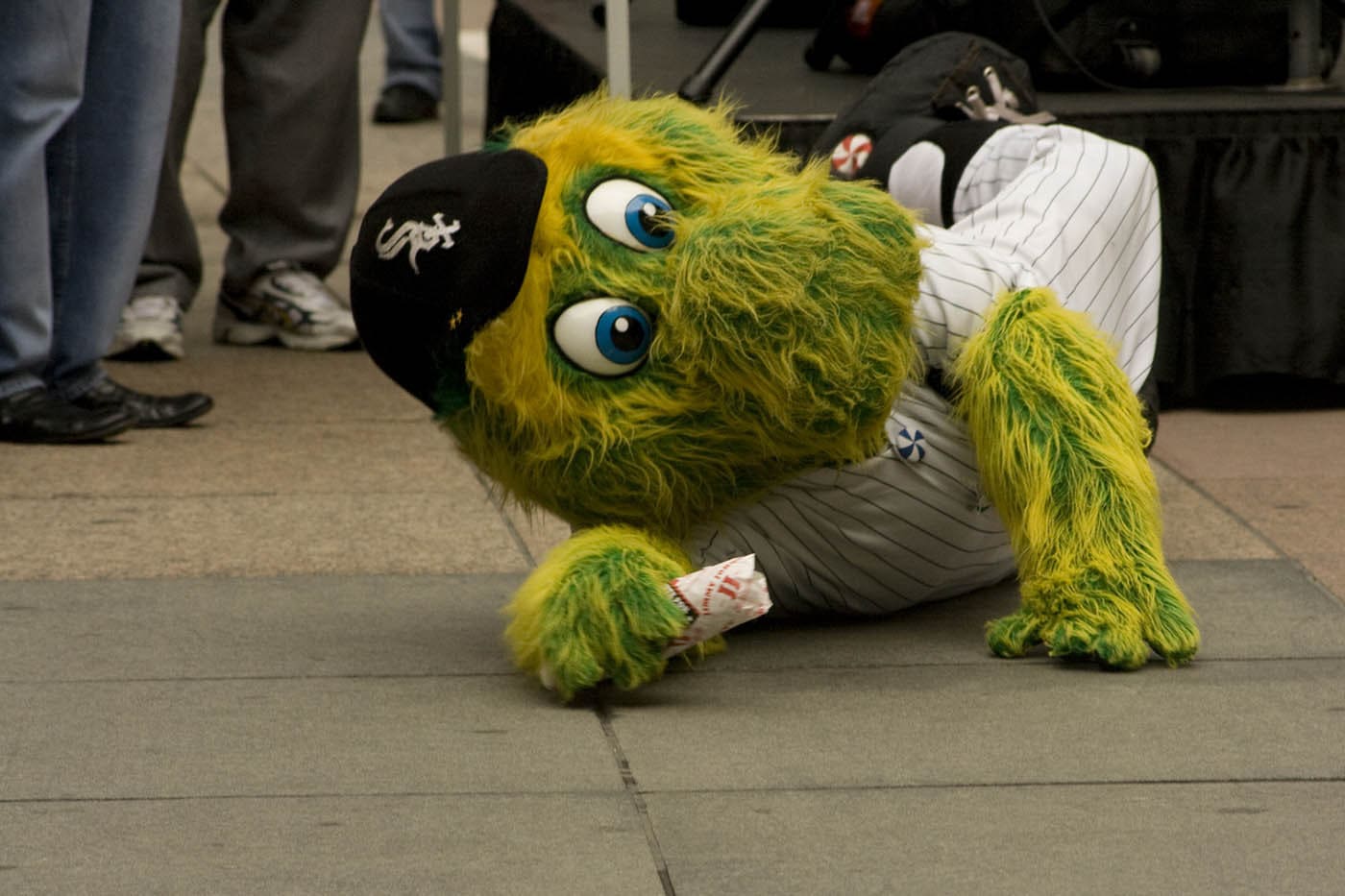 Afterwards I went and said hi to Pat and Tim. Pat gave me his Jimmy Johns vest. Don’t know what exactly I will do with it. It has some nice deep sandwich-shaped pockets though that would be excellent for holding camera lenses. If I wanted to walk around plastered in Jimmy Johns logos. 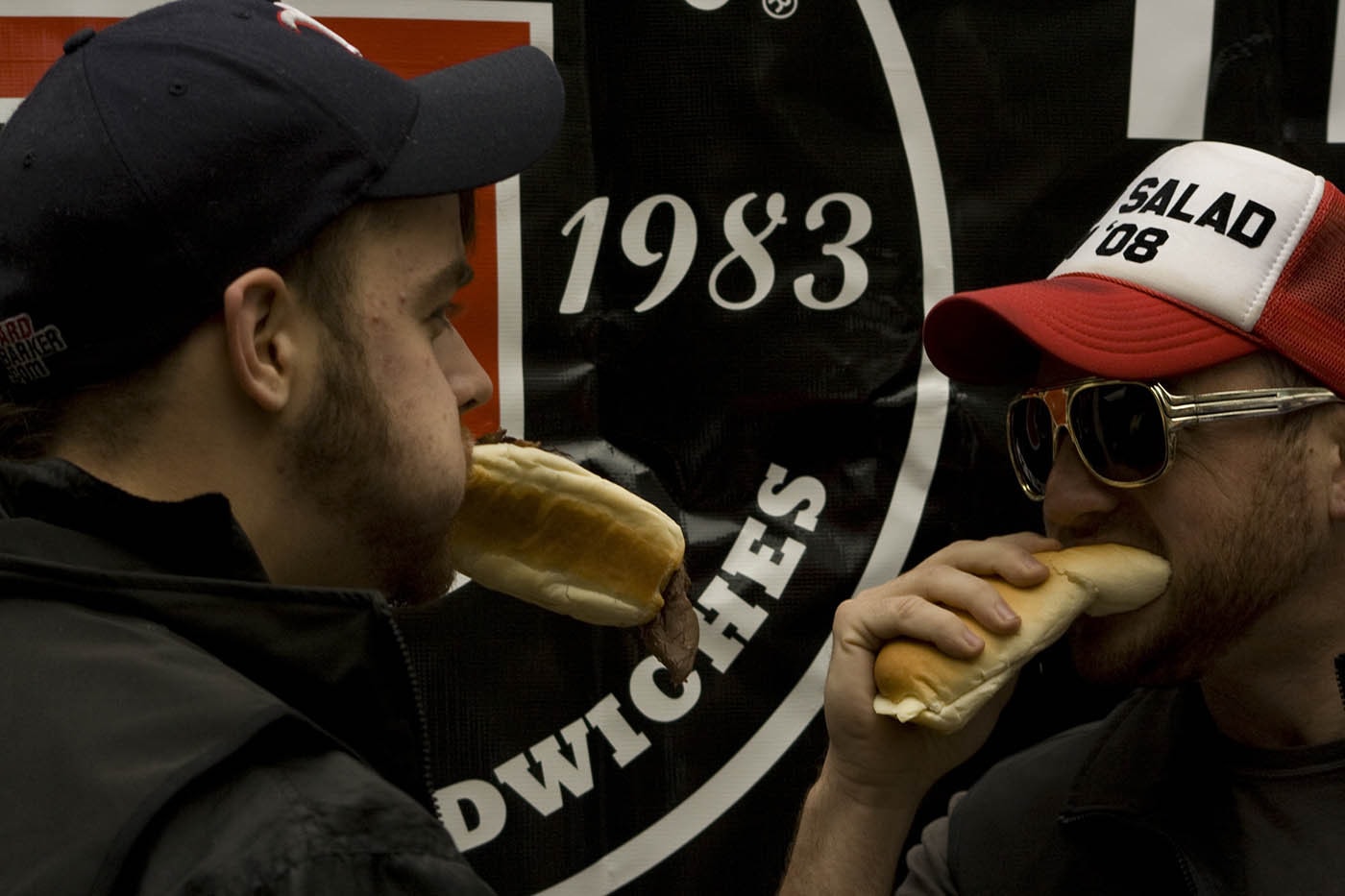 If I were getting married…