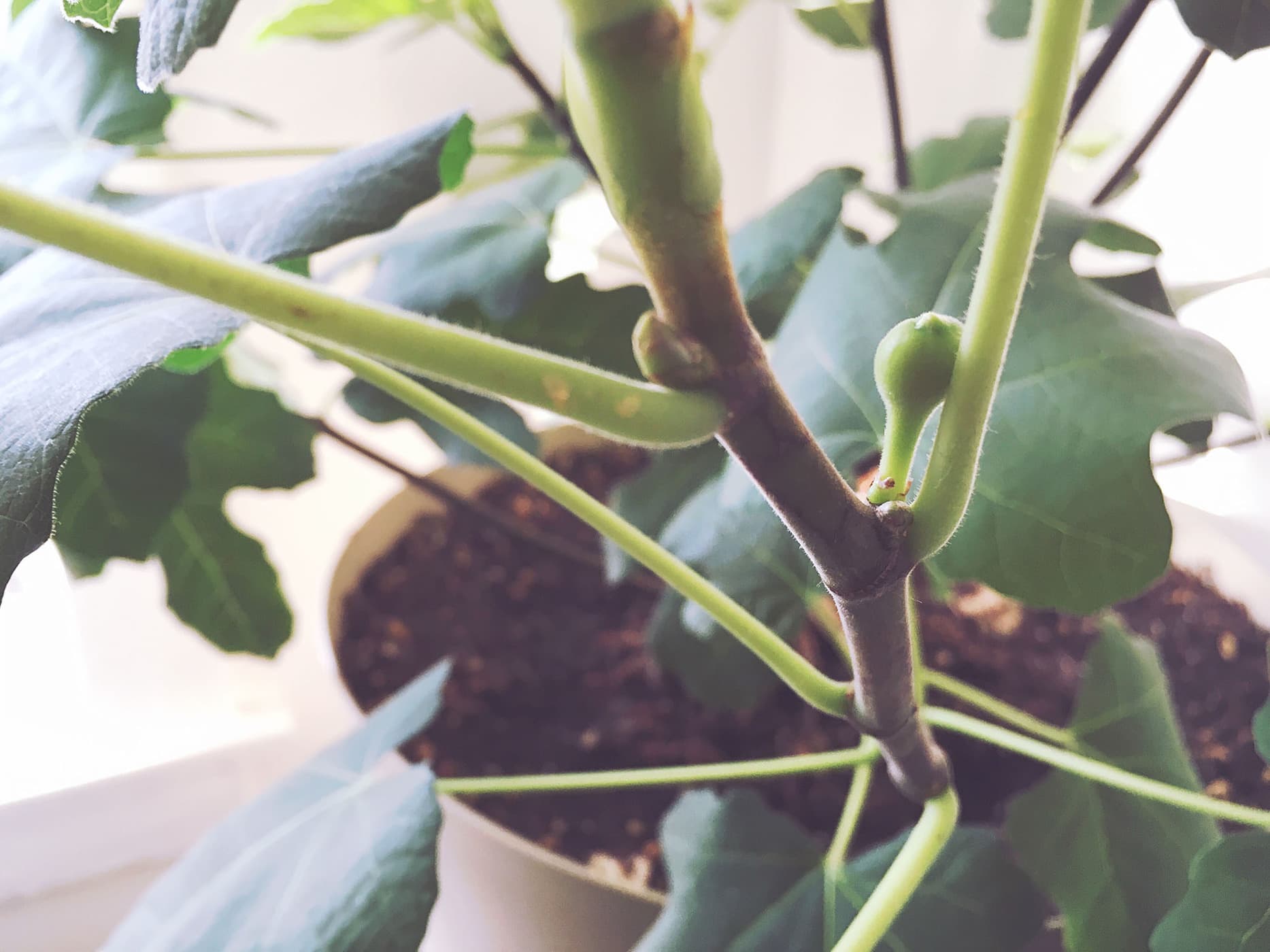 Growing my first fig on my fig tree.

The sun had moved, just enough, to start flooding though my living room window again. It gave the whole room the same glow that made me fall in love with the apartment in the first place. My fig tree noticed too and started blooming to life again. Translucent lime sprouts, the first new growth I’d seen amongst the stale deep leaves that had held strong all winter, and something different, a little green bulb.

My first fig was growing.

I was growing a fig.

Me, the girl with the blackest thumb you could imagine, was growing fruit.

I knew it was too early in the season for a fig. That that crazy Chicago weather that sometimes brings 36 degrees and 63 in the same day, that sometimes brings snow and sun in the same day, had tricked the tree into thinking it was further along in spring. But I wasn’t ready to pluck it. I had to see if it would grow. And, it did, for a few weeks. For a few weeks it steadily gained girth and looked like a promising crop.

But then, it stopped. I checked in daily, weekly, and it didn’t seem to be getting any bigger. Still, I held hope. I pruned back a leaf that was obstructing the sun hoping more direct light would help it thrive. I watched it, watered it, waited on it. But the fig stopped growing.

I gently pulled at it and it easily came free in my hand. My fig was ready to leave the tree.

Is there a metaphor in there somewhere? That sometimes you have to choose your fig before you’re ready? That some figs will never fully come to life? That come figs you lose, without having any say in the matter? That some figs, no matter how much you tend to them, can’t be attained?

Or, maybe, just to have patience. 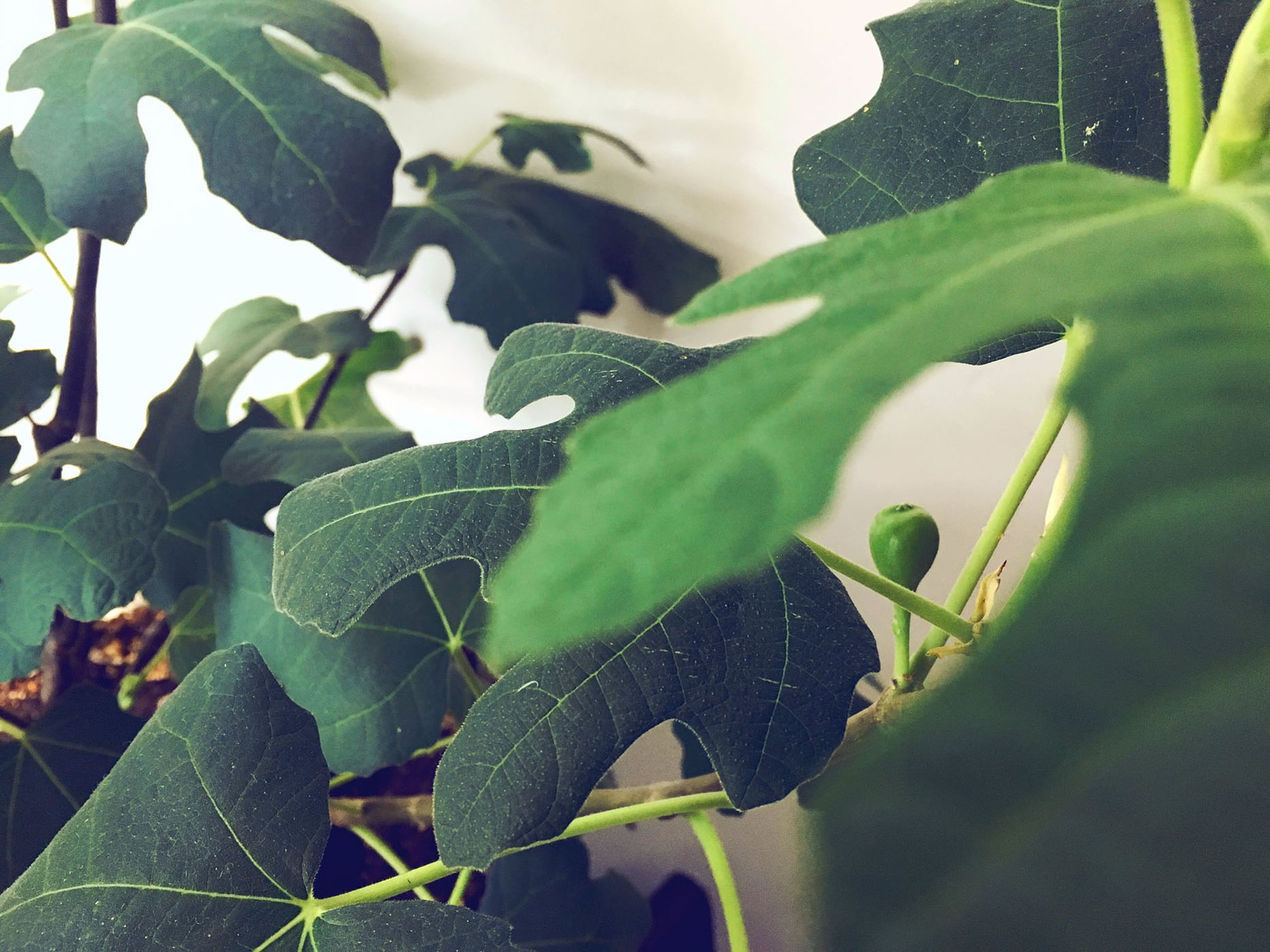 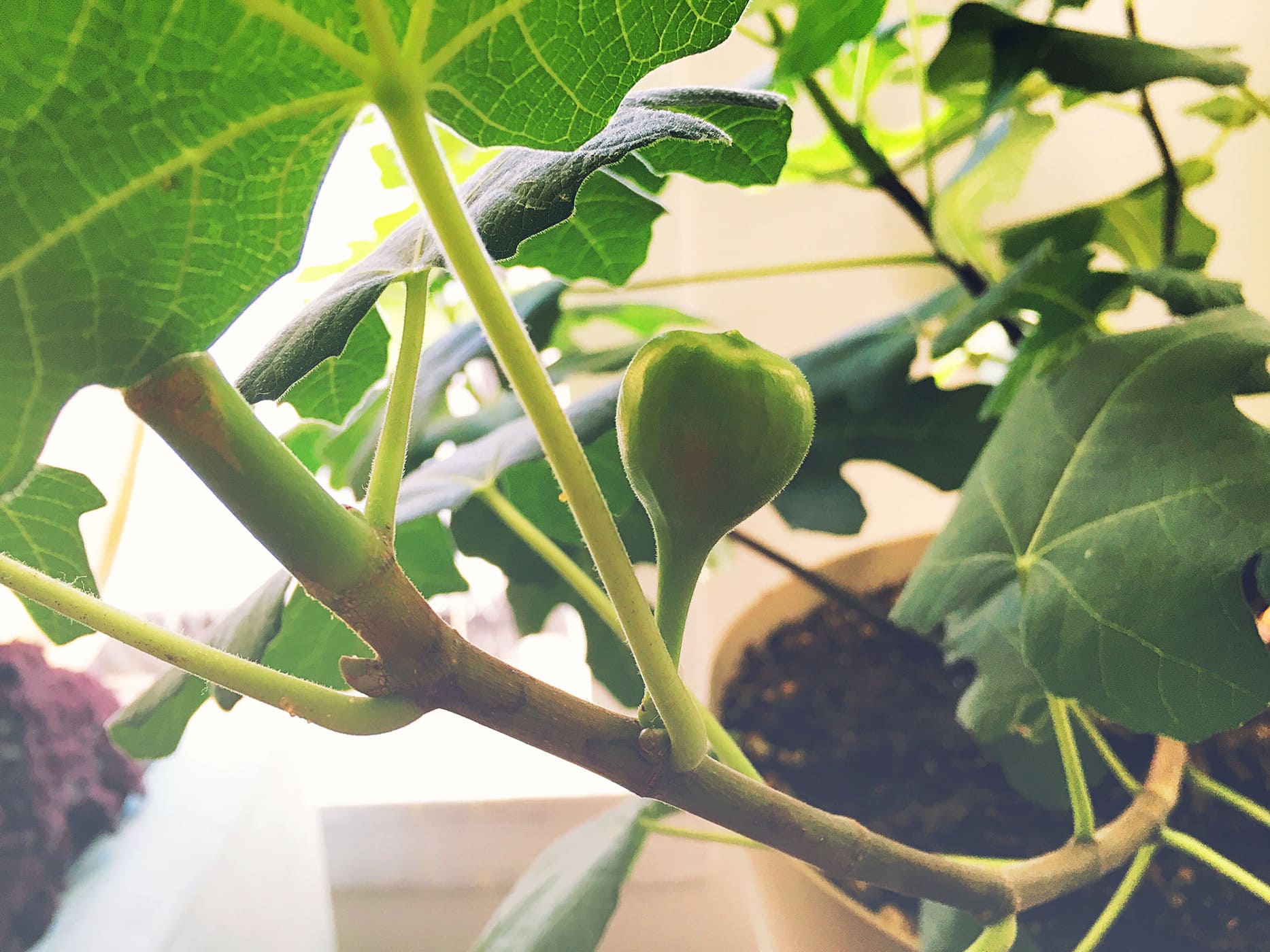 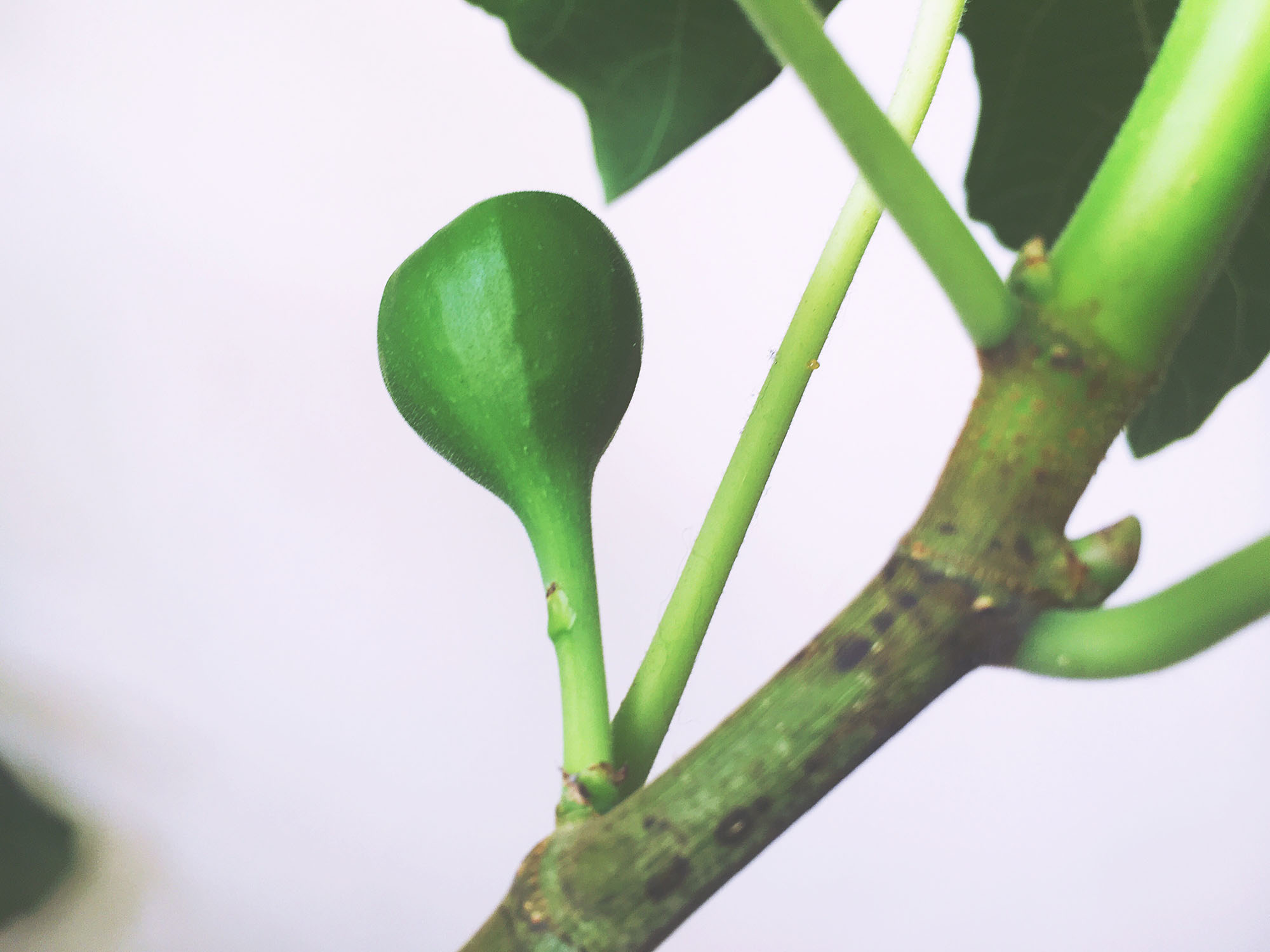 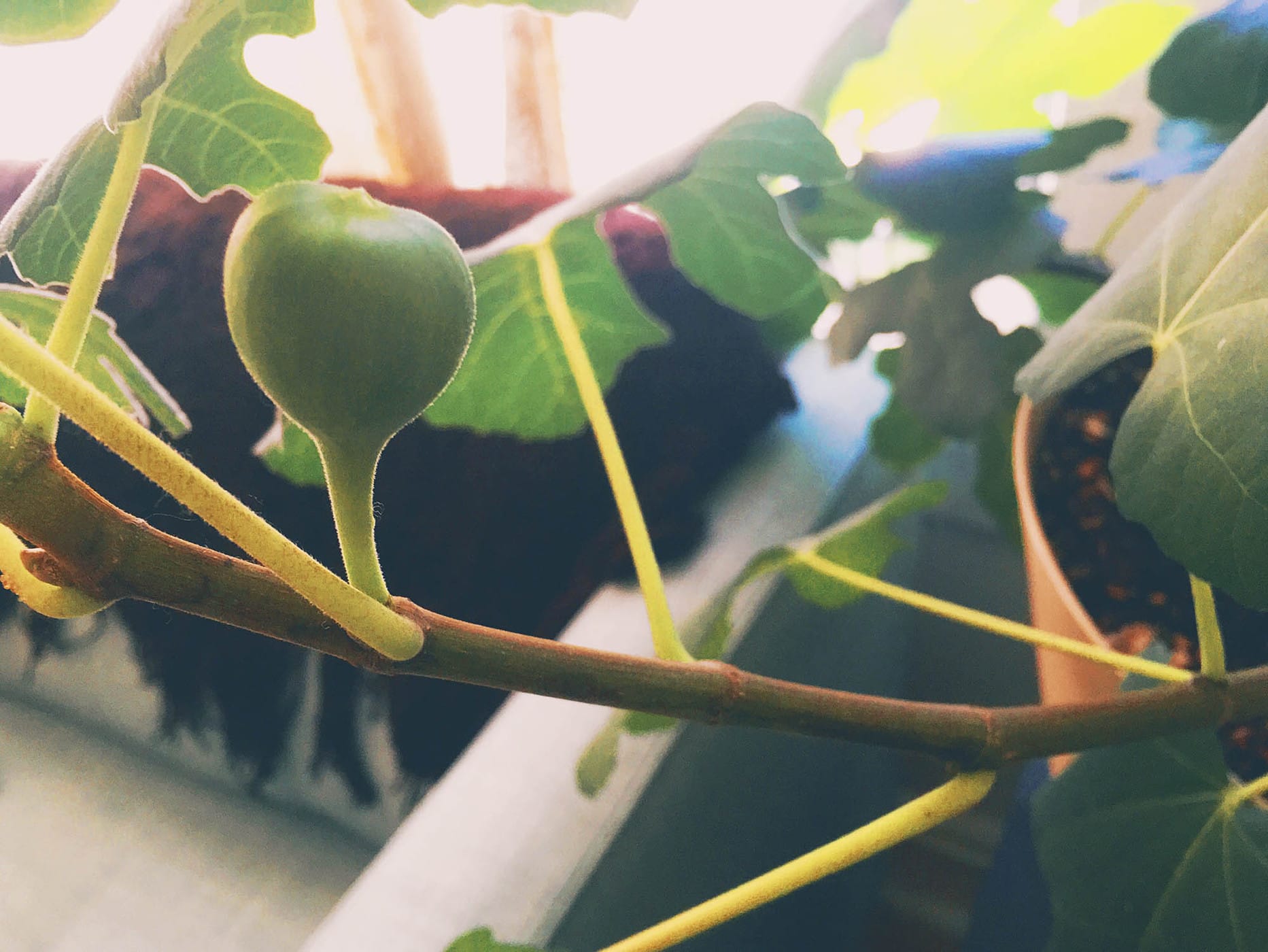 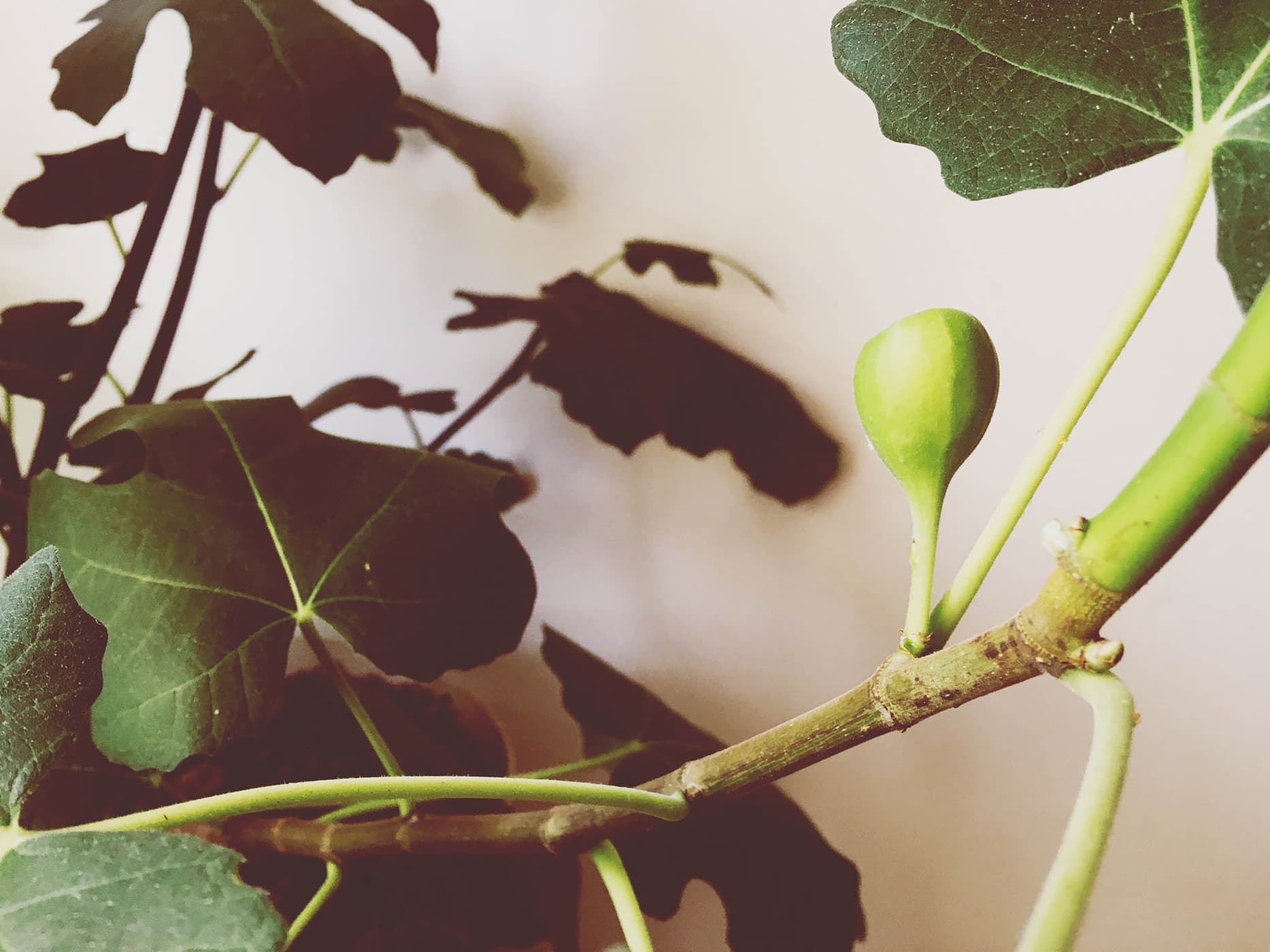 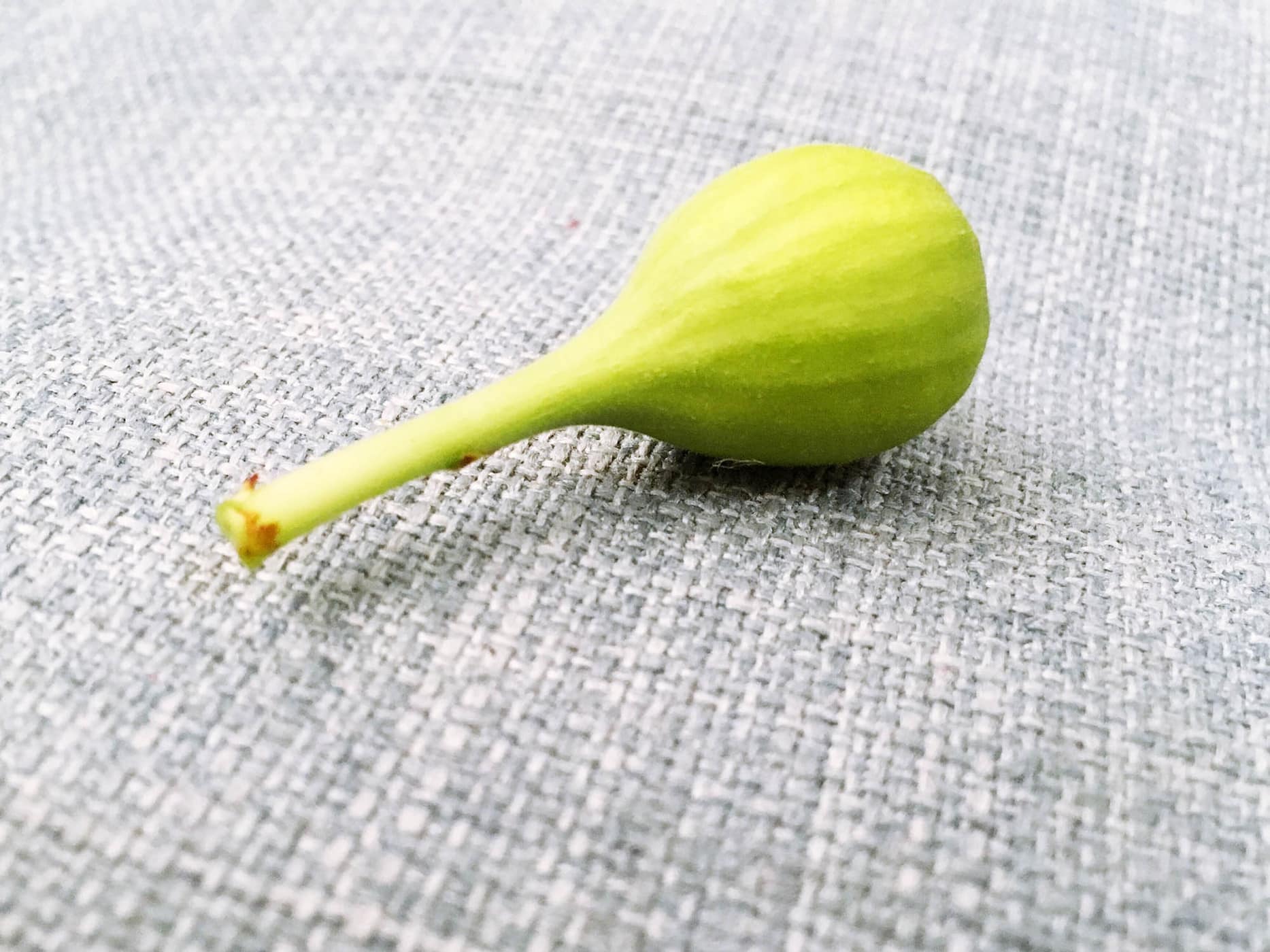 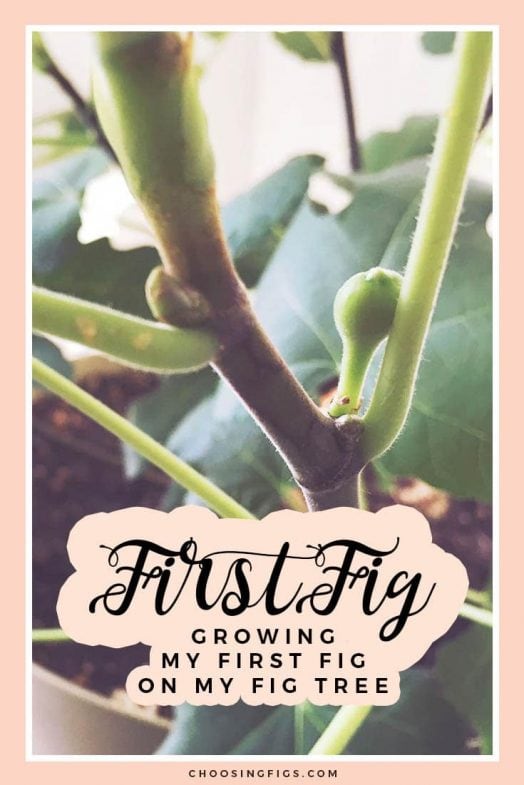 First Fig. Growing my first fig on my fig tree. 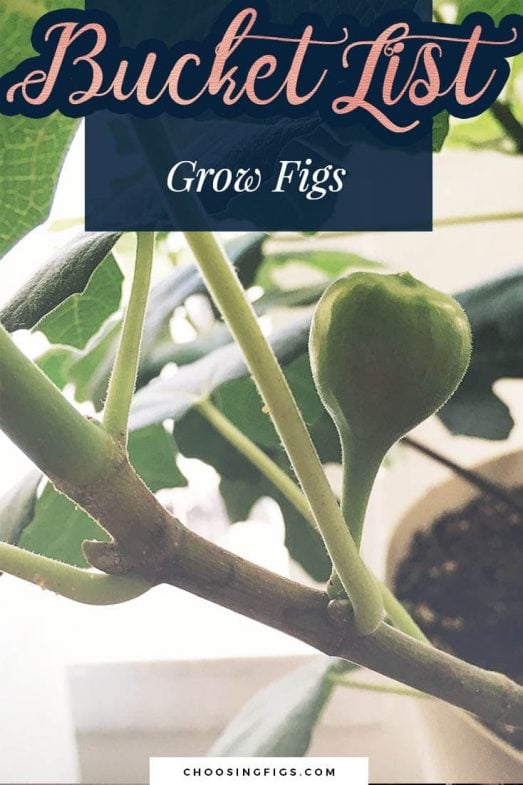