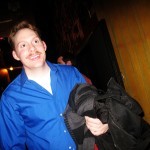 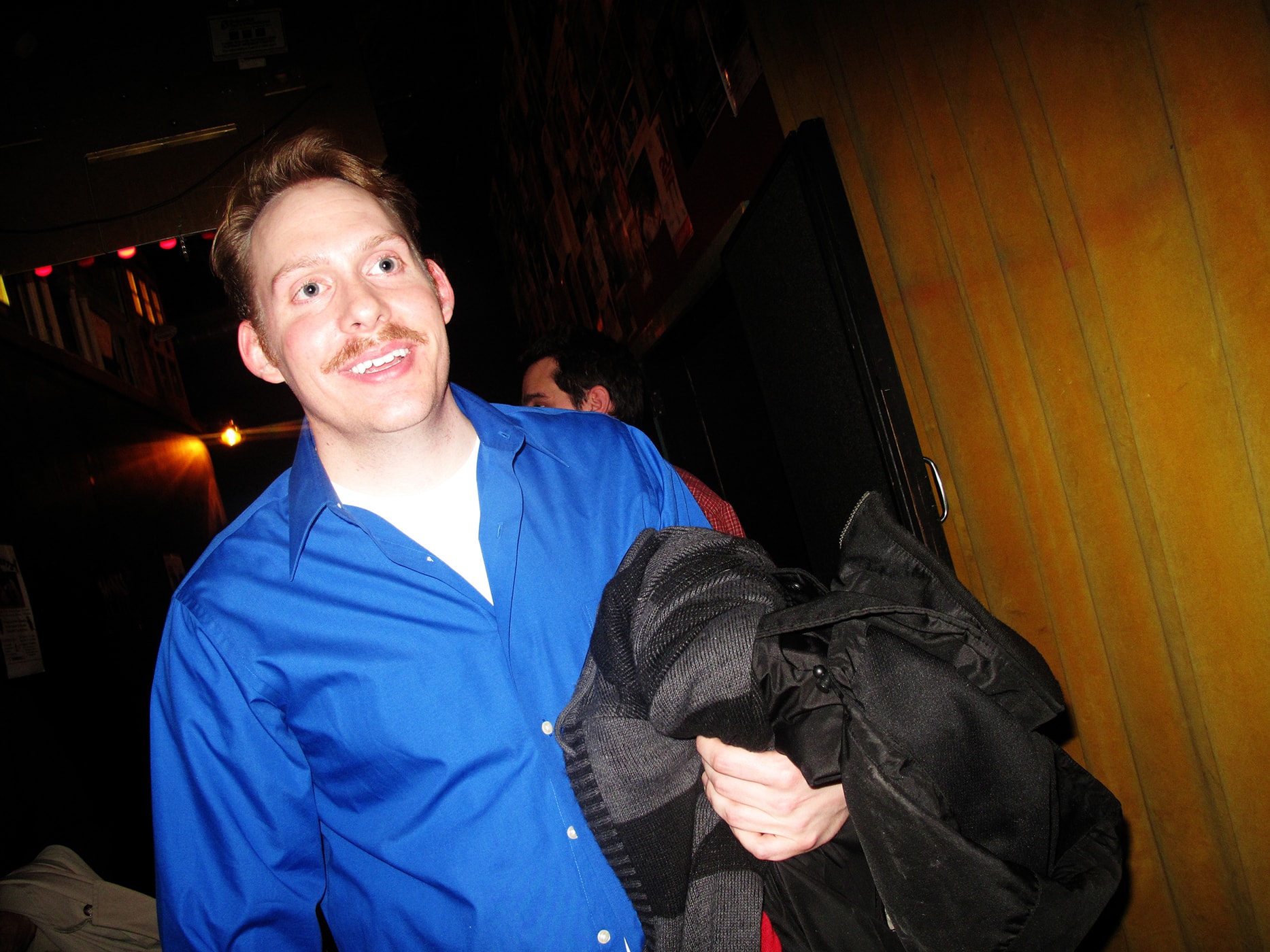 Fantasy of the Cuckoos Nest

2. Last Wednesday Chelsa and I went for some Turkish food at Cafe Orchid. I had the Uskudar which tasted kind of like eggplant parmesan if you substituted lamb for the mozzarella. Delicious! 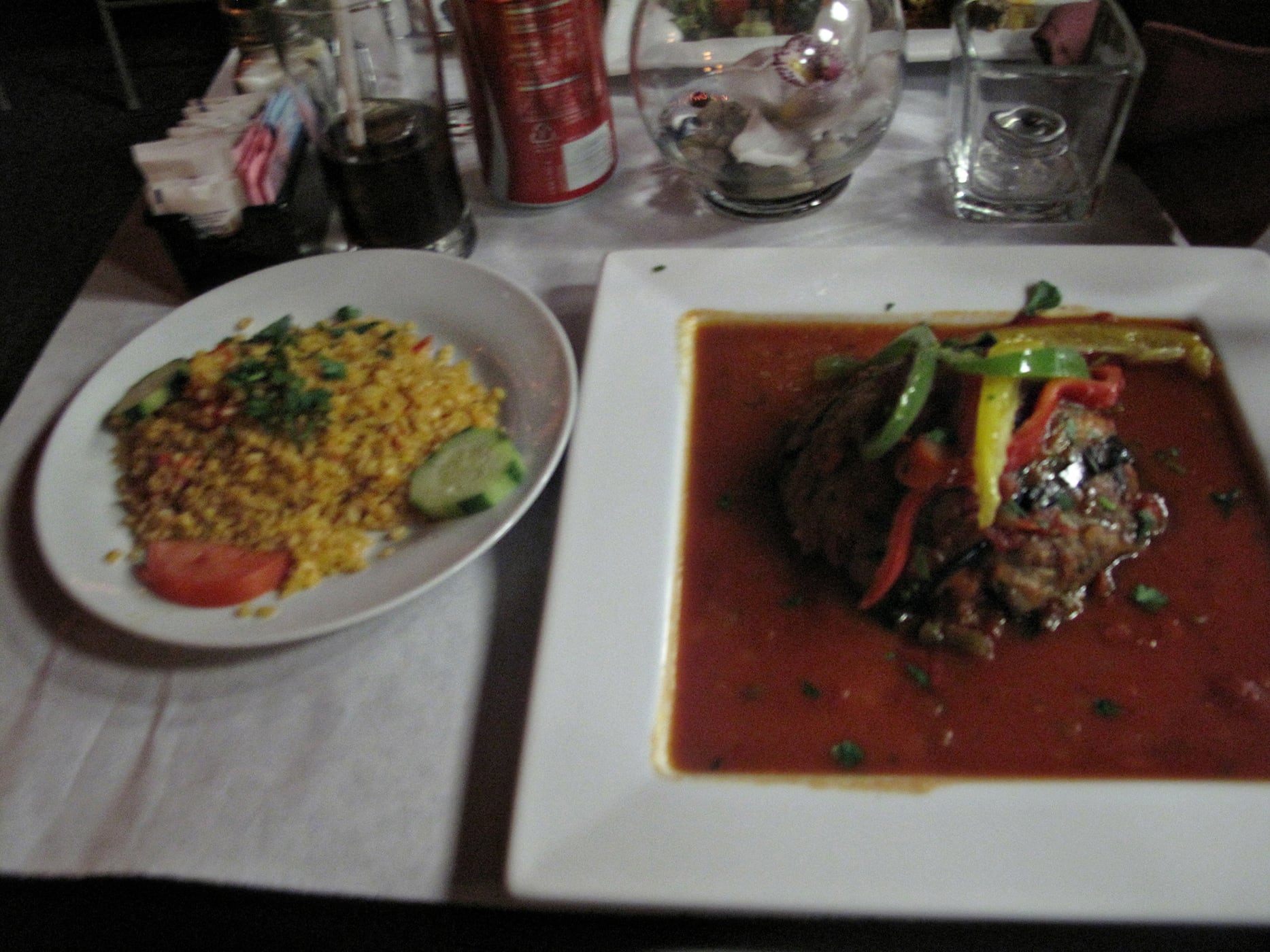 3. Friday night we had a ticketing department field trip to see Eric’s mustache in One Flew Over the Cuckoo’s Nest. His mustache was so awesome in the play! It played a very pivotal role. 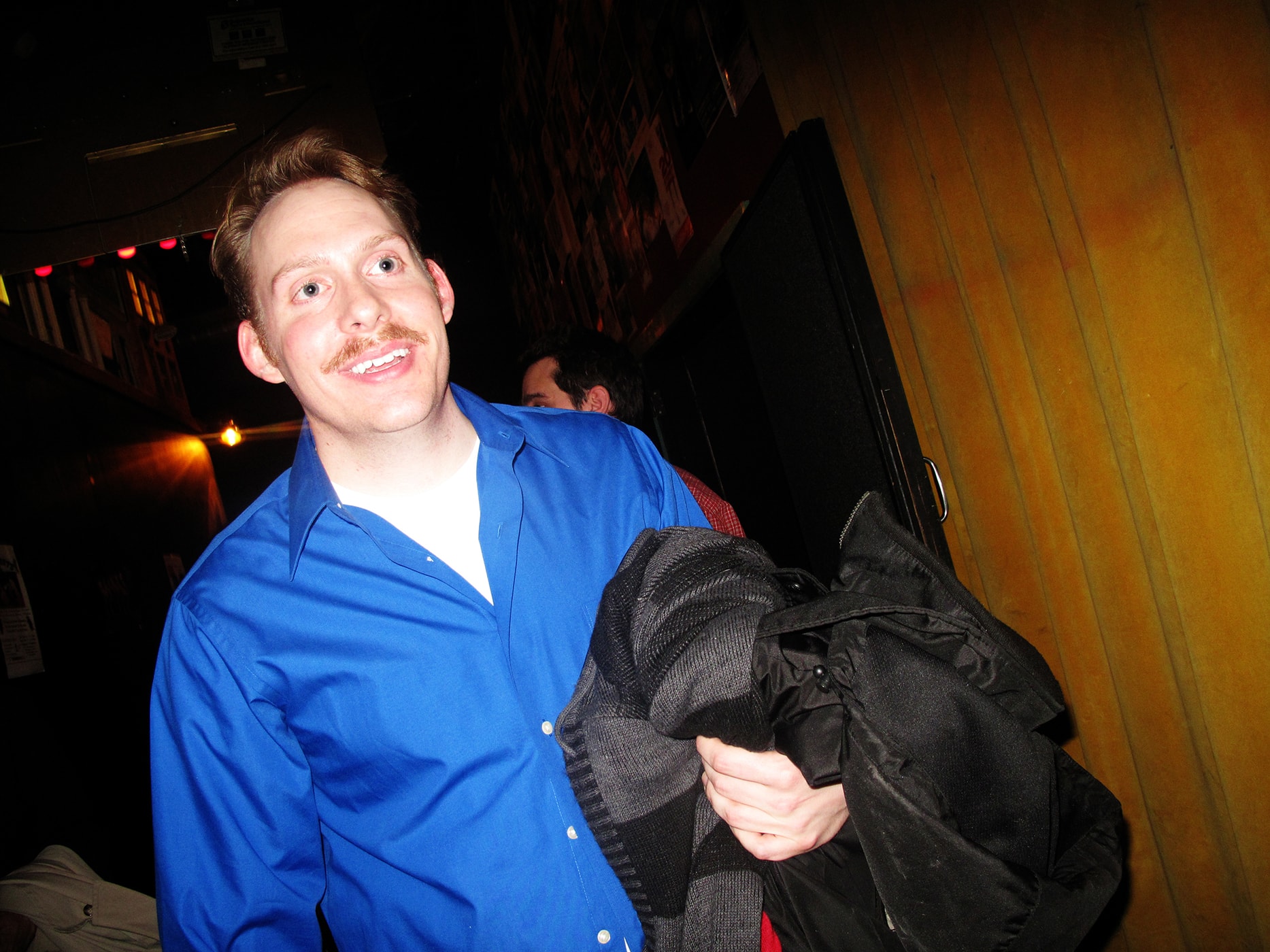 It was also Matt’s last day at work. I was sad 🙁 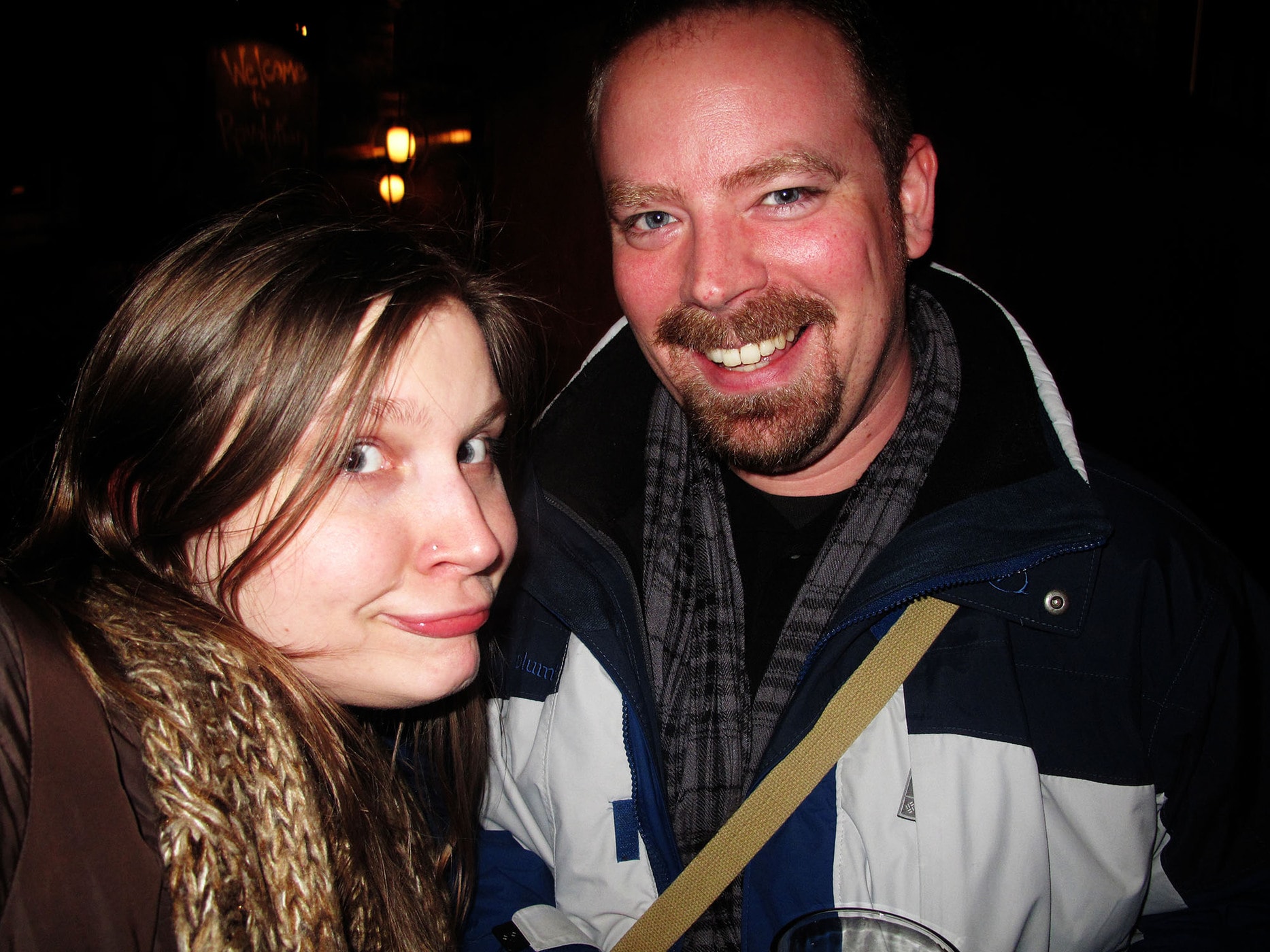 We were all sad to see him go and happy for Eric’s mustache! 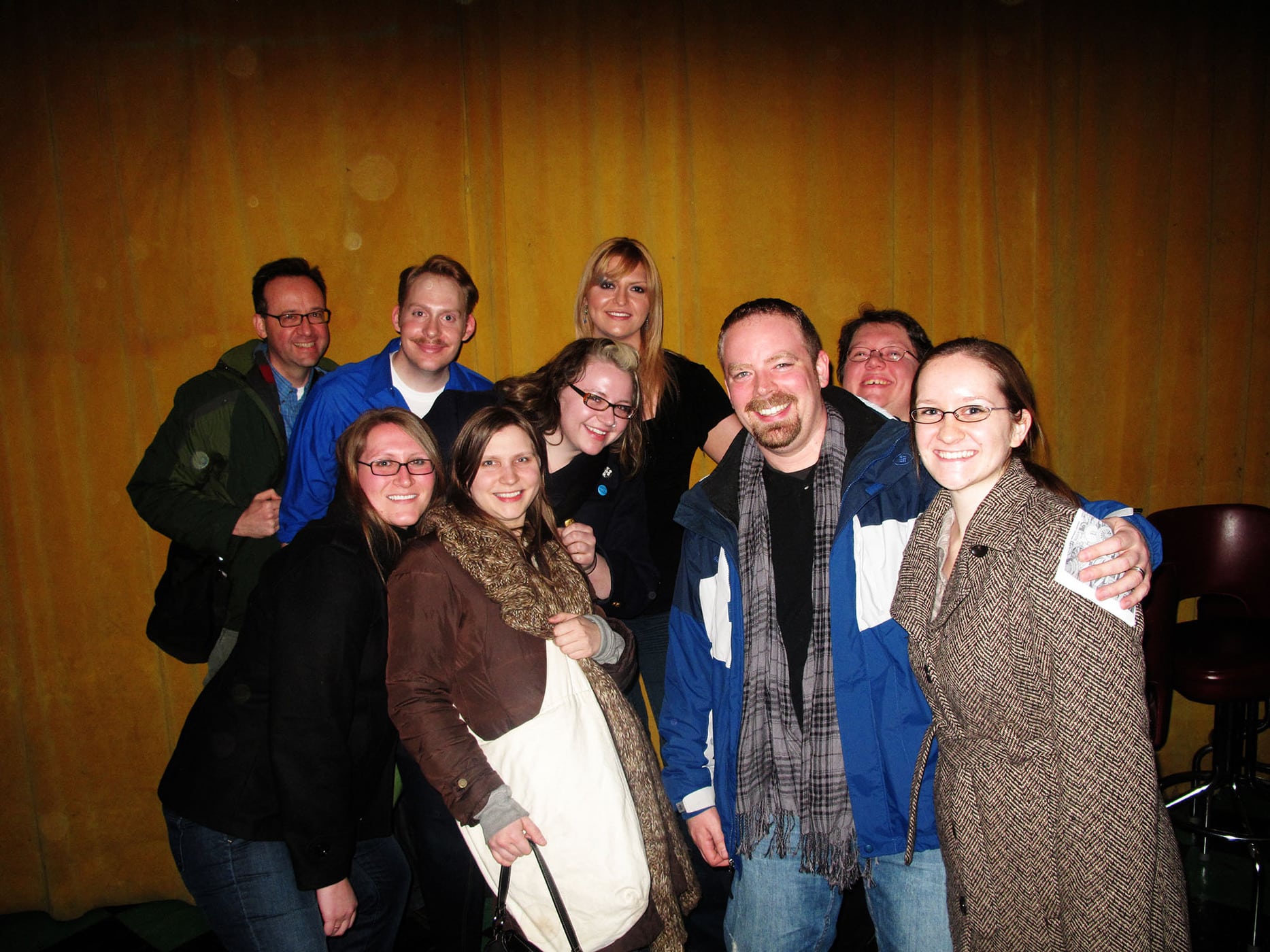 4. Saturday night I had to dress up all purdy and head off to a gala at work. Basically I had to follow around a photographer for two hours and take people’s names. Fun stuff, eh? I got to stay for the cabaret though, which was awesome. I mean, how often do you get to see Mark Delavan singing Johnny Cash and playing his guitar? 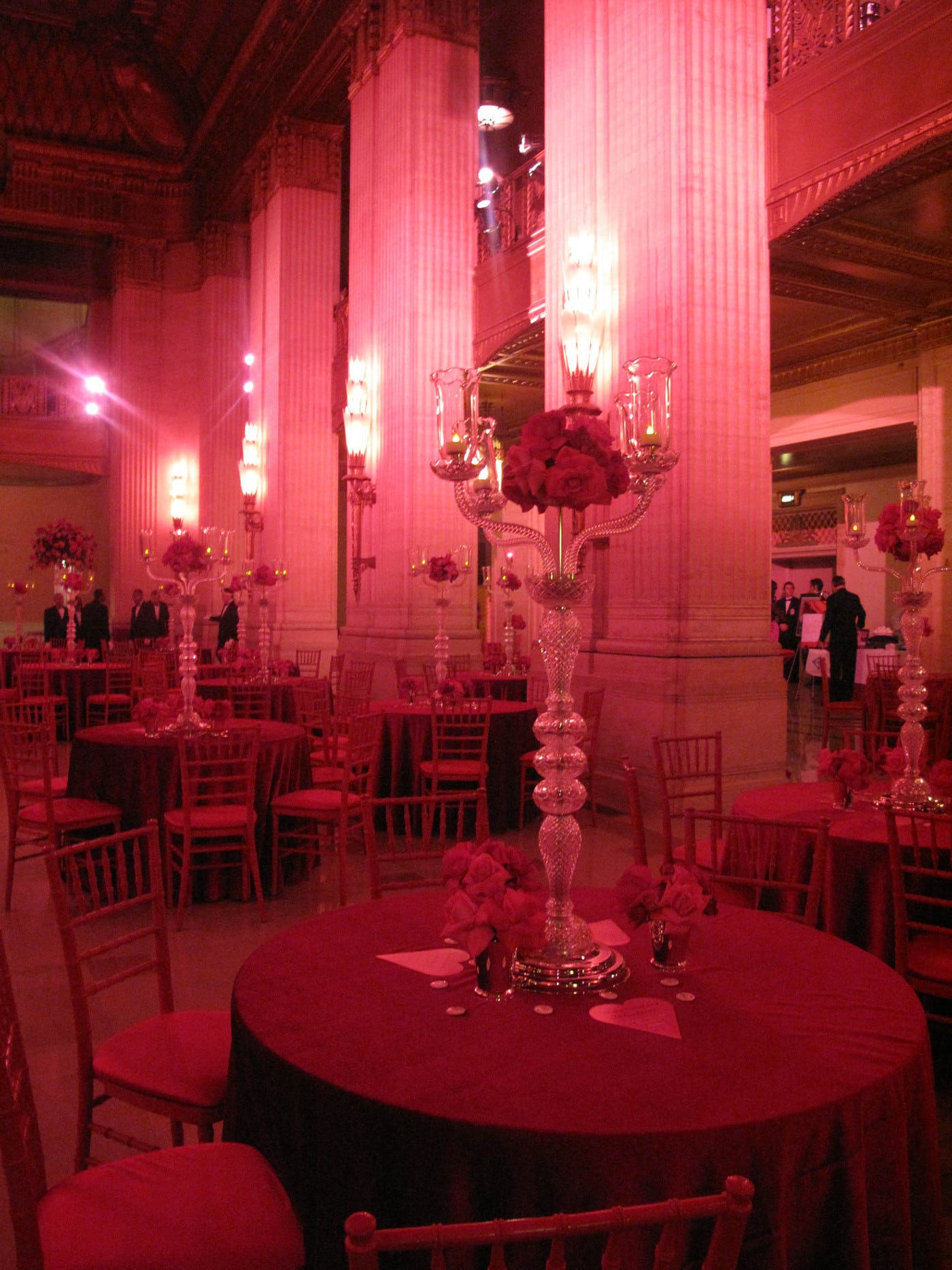 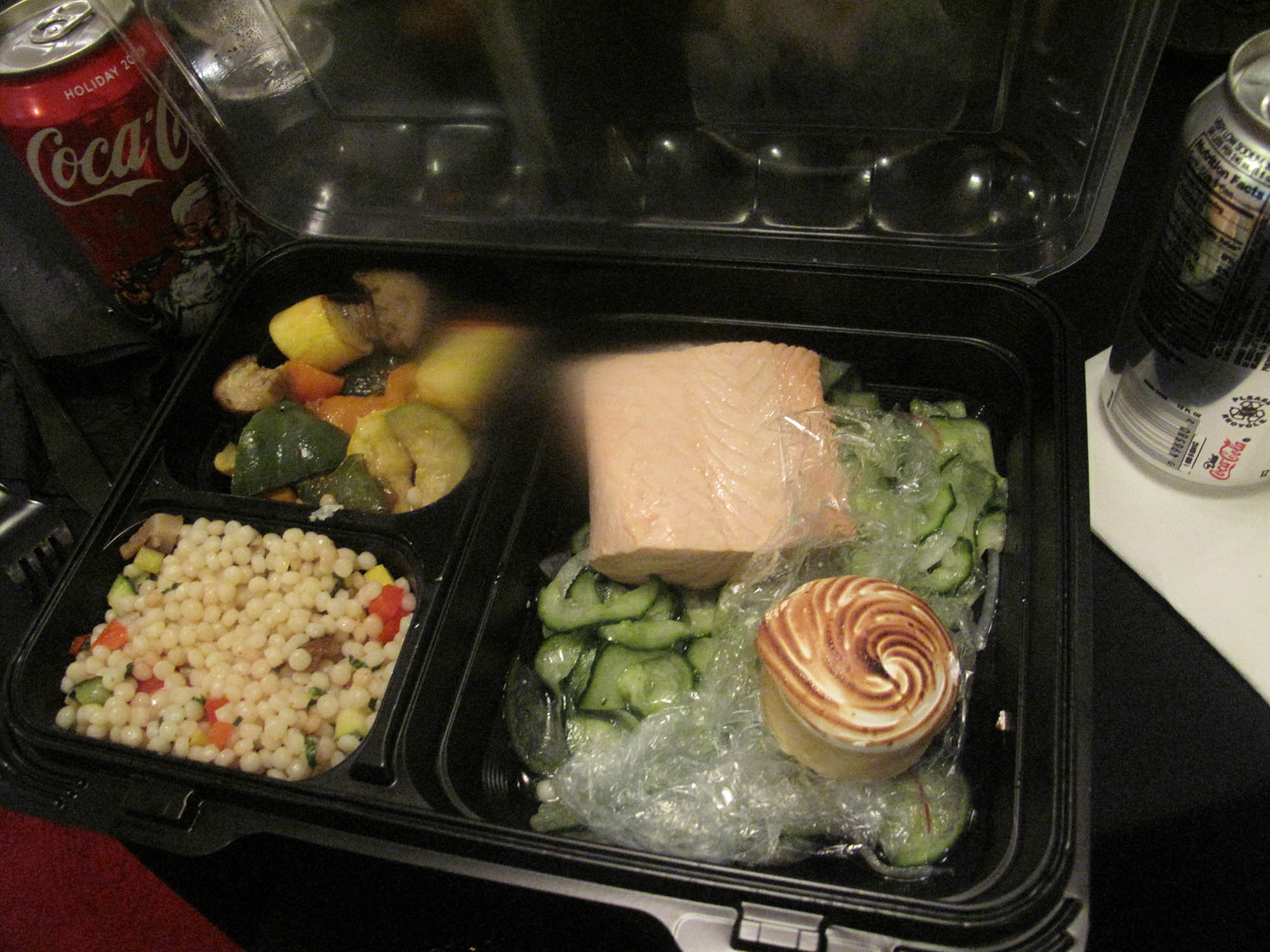 Afterwards I headed over to The Southern. Two weeks ago The Southern was Chaise Lounge. But then they closed and reopened. I was supposed to go on Thursday for their friends and family soft opening because Mat is a waiter there but then he told me they had too many people and I couldn’t go. Lame.

So I went on Saturday and it was more bar-y than restaurant-y now. But they had delicious peach martinis. I had three of them while I waited for Mat to get off work. Then some amaretto. 🙂

in Chicago Life, food, theatre
by Val Bromann
I sometimes have to go to bed early because I want to daydream before I sleep.

I sometimes have to go to bed early because I want to daydream before I sleep.

Next post
Puppy Bowl Sunday: can’t we all just agree that they’re cute?